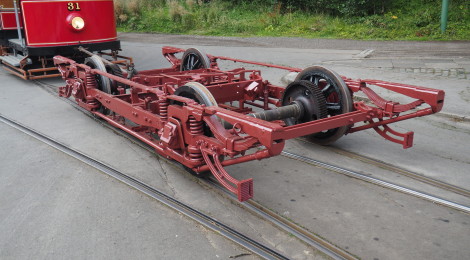 I’ve been off site quite a bit over the last two weeks so here is a quick summary of news for the blog, with the promise to do better next week!  The design for our new bus depot and maintenance facility has occupied a lot of time and, with the drawings now completed, we await the cost consultant’s view of them (and how much it will cost!).  Included in the scheme is a wash-bay and landscape improvements around the depot area, allowing for future phases of work on this part of the site.  The access bus has also had a visit and is progressing nicely, and the Morris Commercial is being wired ready for final reassembly and return to Beamish for completion of what has become a fairly involved heavy overhaul.

The Fairground development work has started and the base for the ice rink (which is moving from the Colliery) is now underway.  Extensive preparatory work for installing a heavy-duty electrical supply to this area is also part of the contract work, along with septic tank, water supply etc. for a new period toilet block.  Three side-shows are being constructed off-site too.  Our target for completion of the work is the end of October, so it will be a busy time!

Far less interesting but all the same, vital, is he redevelopment of the overflow car park to increase the hardstanding available – grass is ok in the summer (sometimes!) but with our year-round programme and heavy demands on the existing car park, this work is now nearing completion.  One I’ll be glad to tick off the ‘to-do’ list!

Below: By the beginning of last week the truck for 264 was wheeled and various components such as the brake beam frame attached. 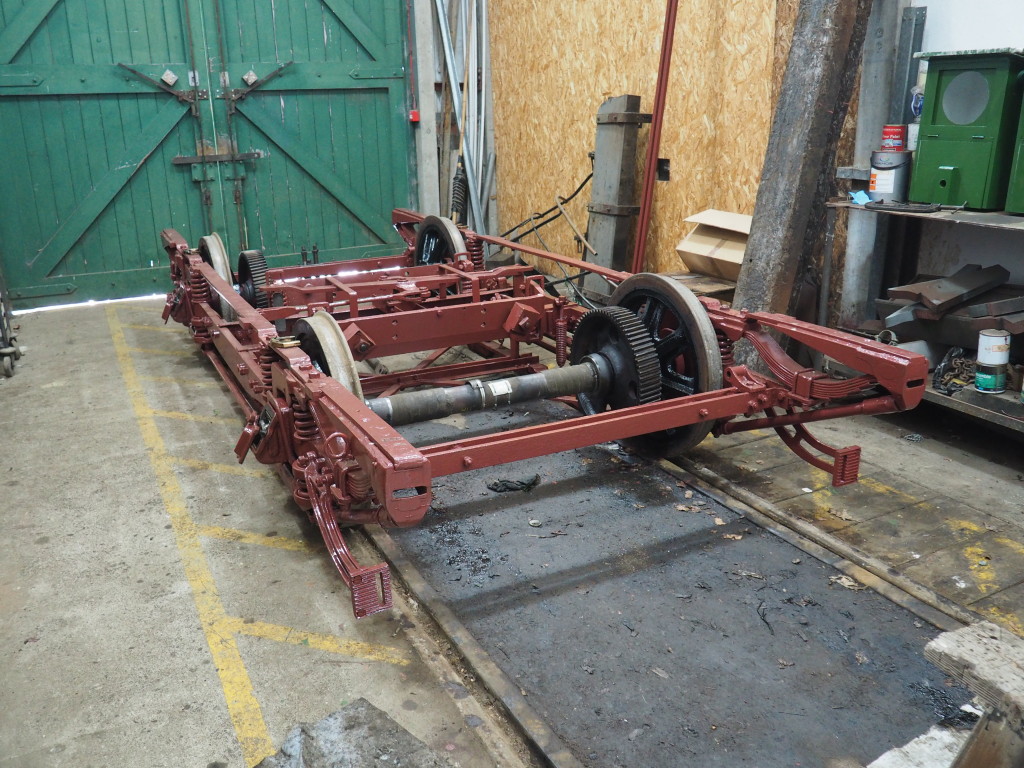 Below: The truck was then treated to several miles running in behind (and at times in front of) Blackpool 31 in order to prove the lubrication was working and that all was well with the pendulum suspension – quite a lot of this has been repaired/renewed as part of this overhaul and whilst the tram always rode well before, it was felt prudent to carry out this work now to extract the maximum life out of the truck in order to at least equal the time left before the wheelsets require re-tyring. 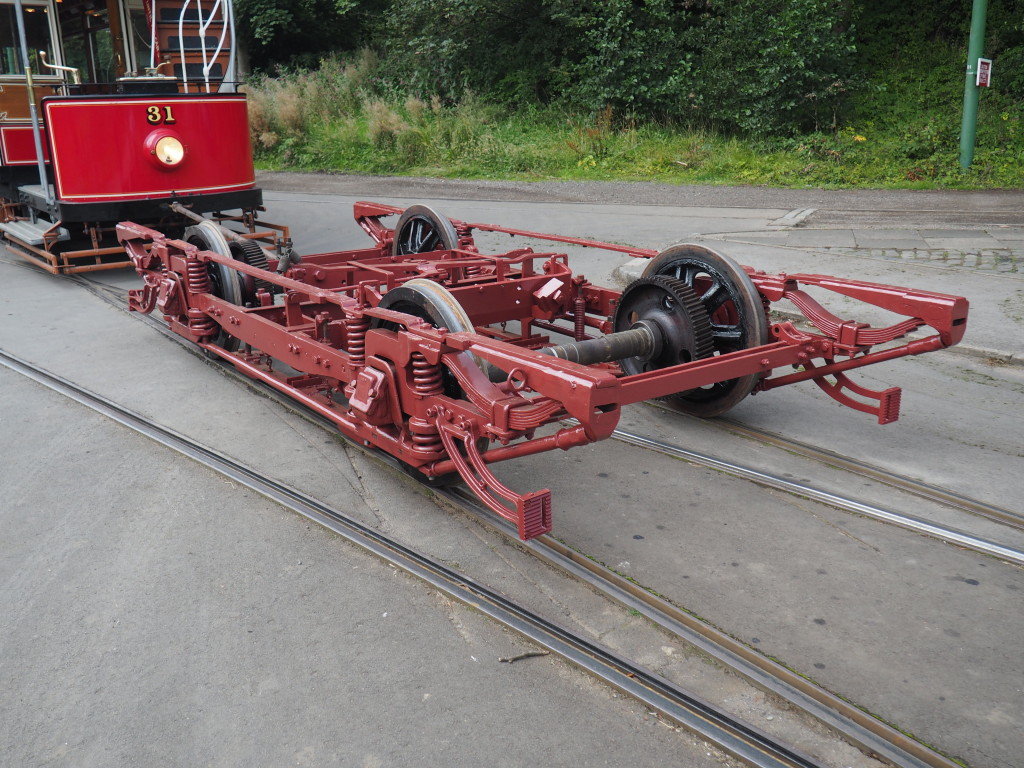 Below: All was well and the motors will be refitted next week and the exercise repeated.  The following week we then aim to begin the reassembly of the two saloons as part of a push to have the tram back together in as short a time as possible.  This will enable the overhauled controllers and circuit breakers to be refitted, the paintwork to continue and the numerous other items removed and overhauled to be reattached.  A lot of work has been undertaken whilst the saloons were separated, particularly to the wiring, in order to speed up the assembly process.  It is also important to paint 264 before the weather turns too cold… 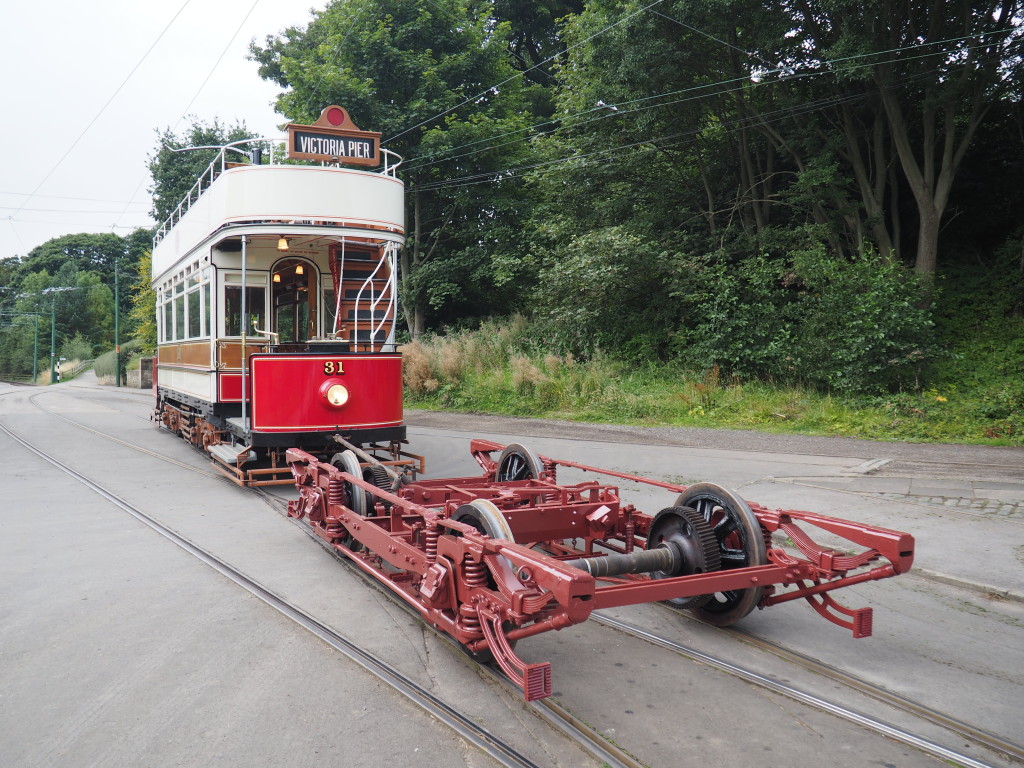 On Tuesday morning the truck had a further run out, this time with motors in place.  With all being well, the reassembly of the body has now commenced.

Below: This rather unpromising collection of components is one of our ‘star’ exhibits for the Remaking Beamish programme (1950s and Georgian developments) due to begin in 2016.  It is a bus shelter used in Darlington and was delivered in pieces to Beamish in 1972.  As a result it was never drawn or even photographed, so it is now being surveyed by the resident architect in order to produce plans for the project.  It will be a feature of the bus station, probably to be relocated in the future once a more substantial bus station (perhaps incorporating some of the remaining fragments of Durham bus station canopy) is created – very much a long term plan! 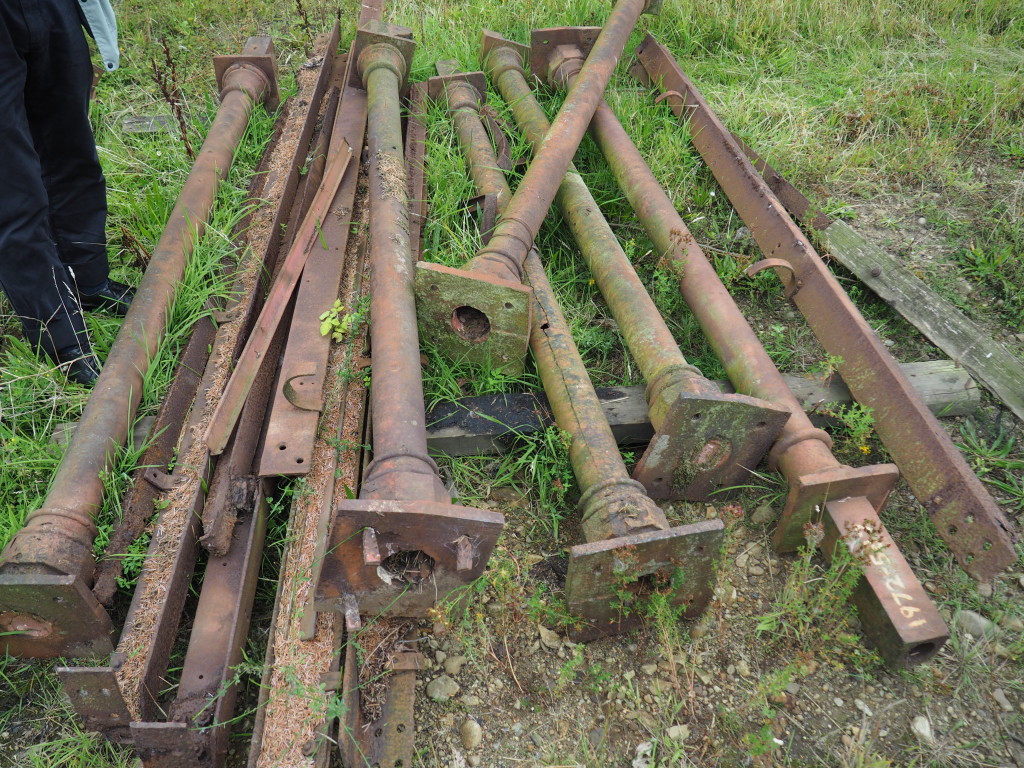 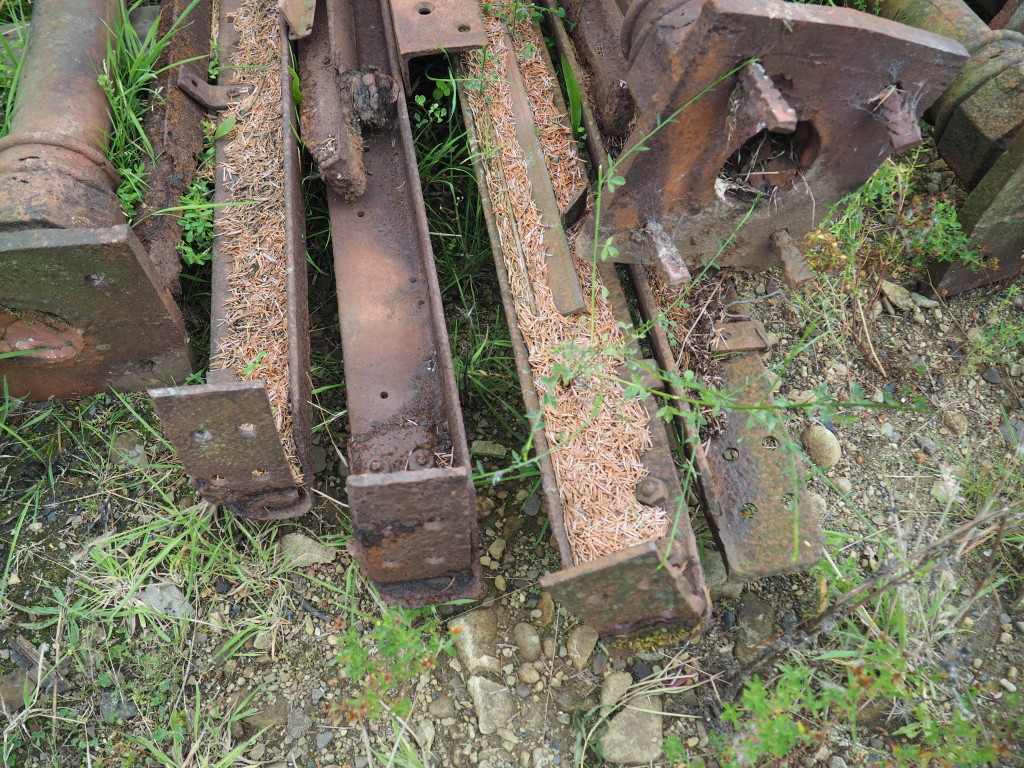 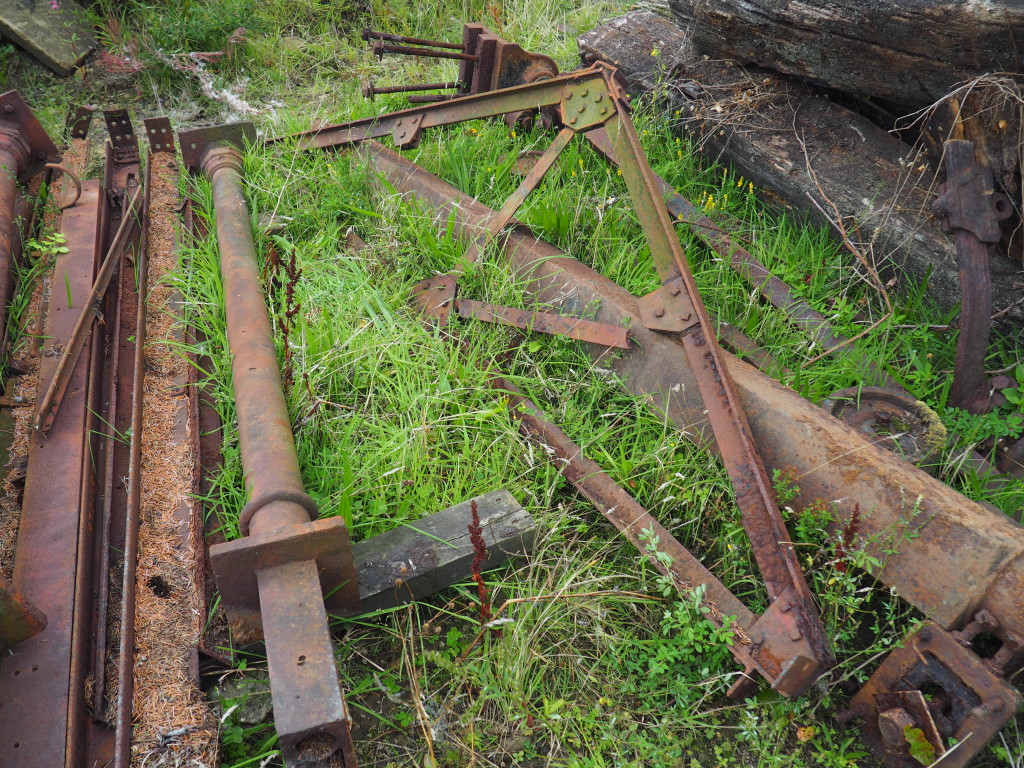 Below: Phil is pushing on with 58A’s repaint with the deep green top coats now being applied and much work beneath the solebars being completed. 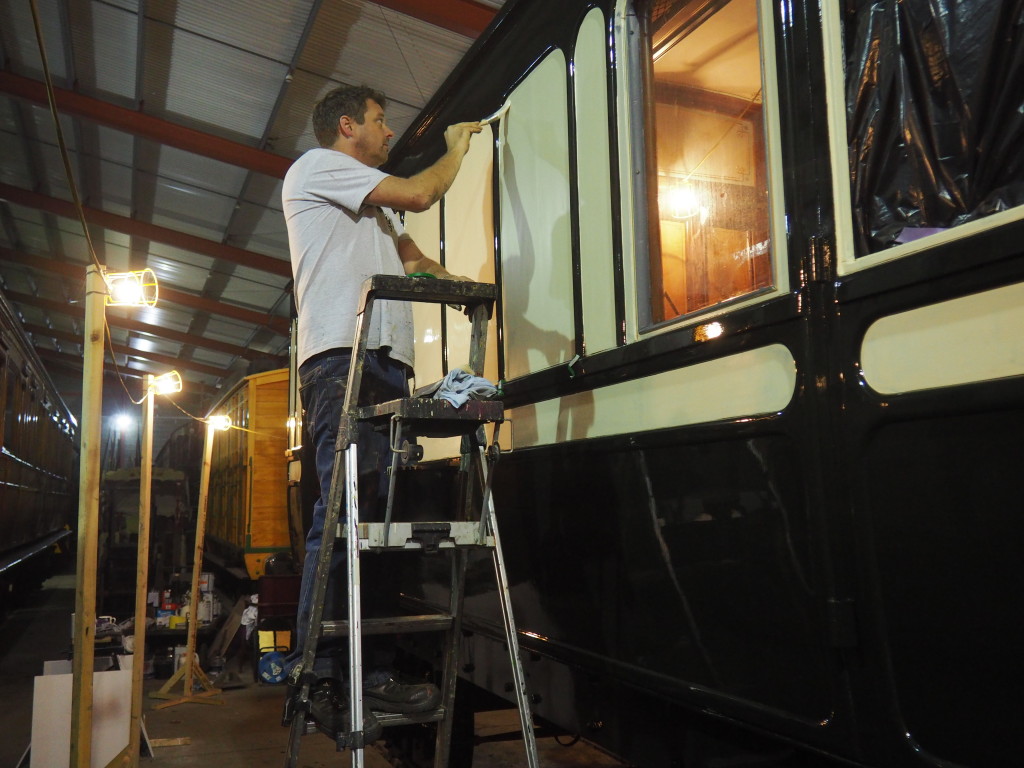 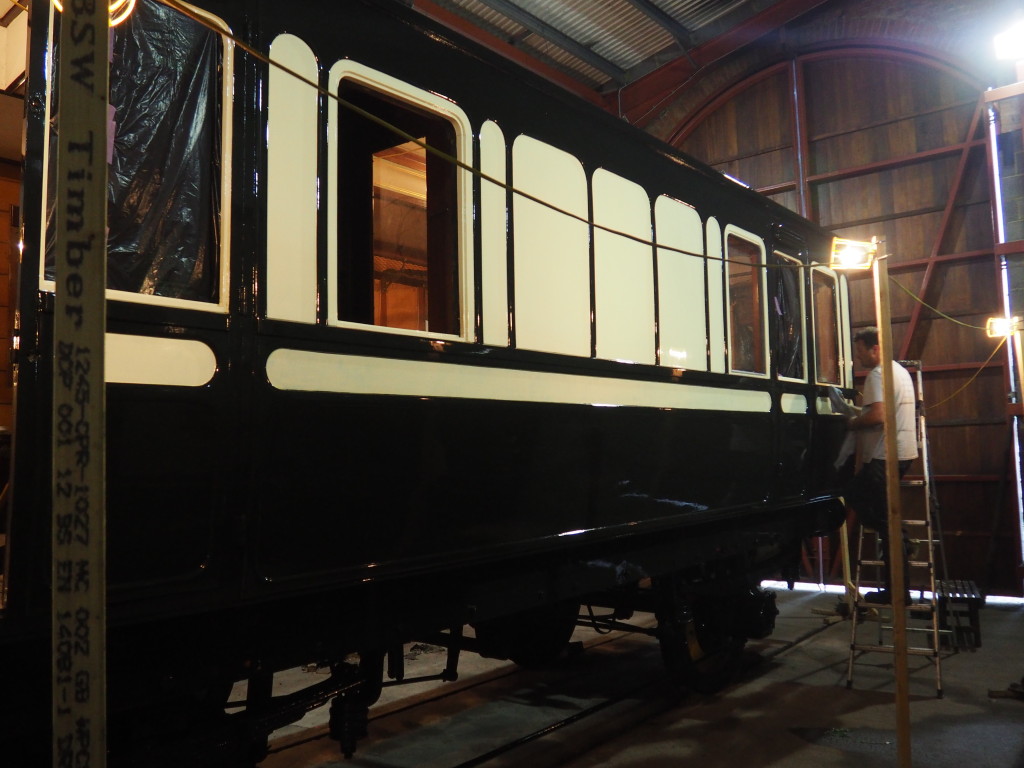 Below: Tony and Matt B are constructing a toilet block for the Fairground field.  It is a cross between the stores building at Peel on the Isle of Man Railway and ‘typical’ country/park w/c facilities. It is being constructed as a flat-pack building, though has been trial assembled in order for the roof trusses and ventilator assemblies to be made and fitted. 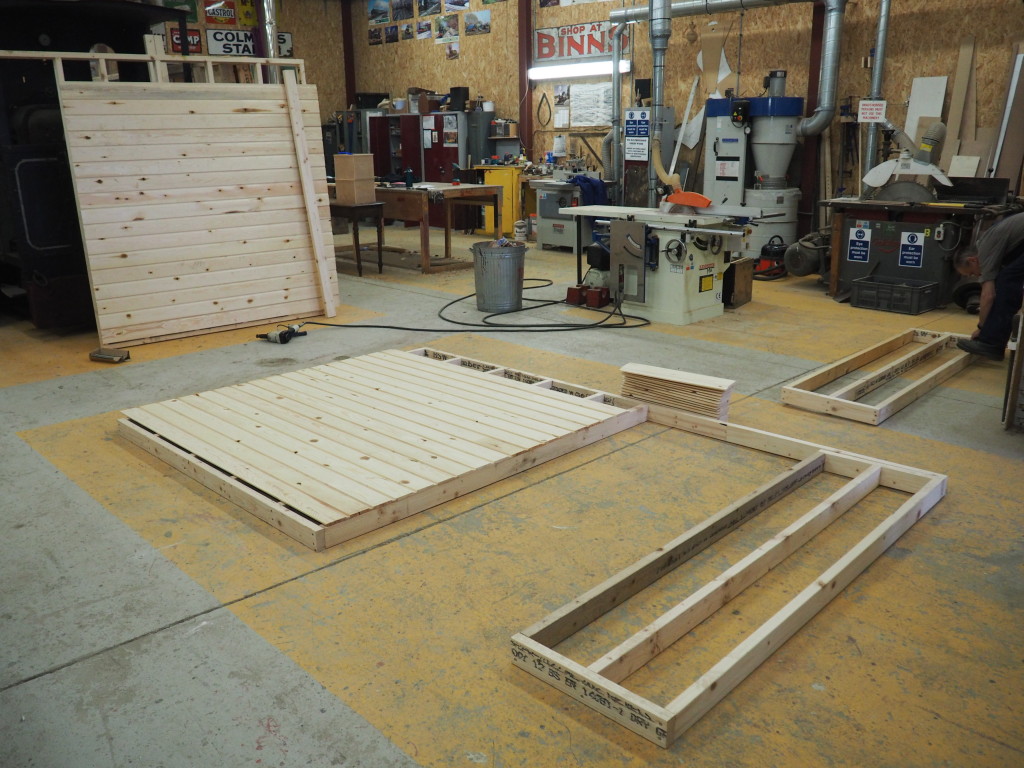 Below: Sarah is preparing signs for the Fairground’s winter upgrade as part of her apprenticeship with Phil Anderson, a selection of which are seen here. 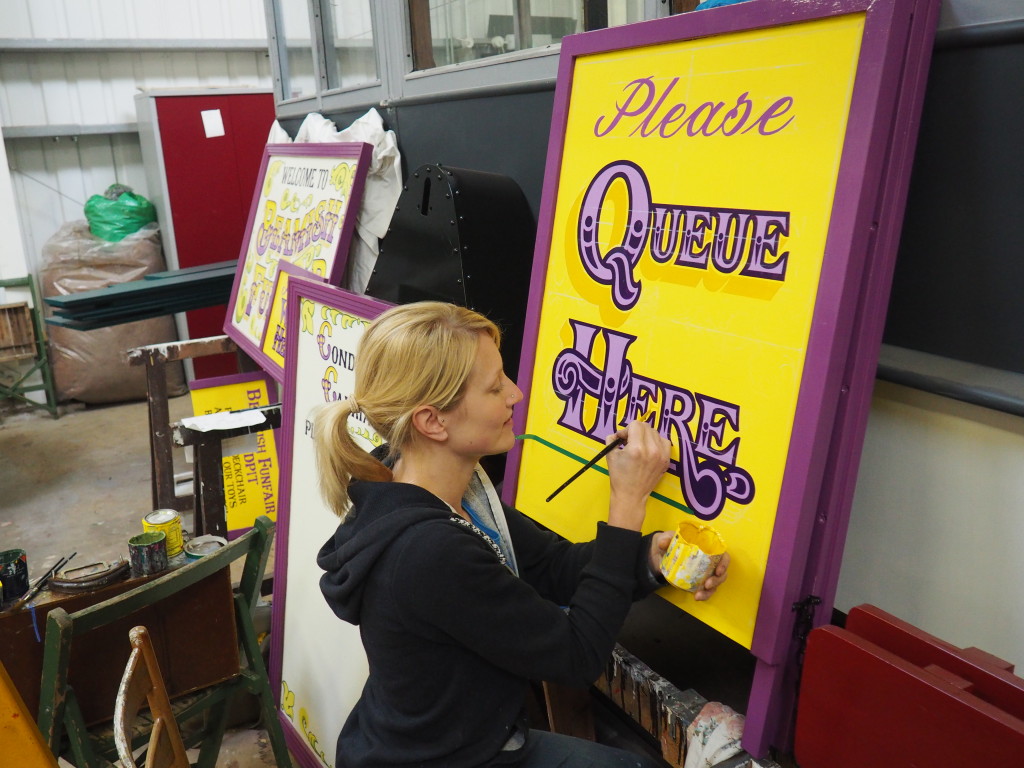 ← Samson on the rails…
Forgotten Engines… →