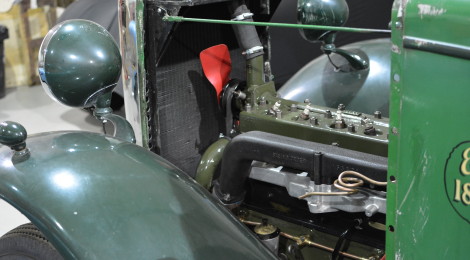 Hello and happy new year!  It looks set to be a busy year ahead with a number of vehicles (rail and road) returning/entering service and so there should be no shortage of news to cover on the transport blog.  As this site has developed into a fully fledged website, it is worth drawing reader’s attention to the various galleries, articles and trade catalogues which are archived here – this year I hope to expand these sections as well as the stocklists which have remained ‘in development’ for a while now – the Commercial Vehicle section is currently being upgraded so do take a look…

As its our first day back at work officially, there isn’t too much from site to report on, but Seb Marshall has filled the gap with some photos of progress on our two projects that are with him at Historic Vehicle Restoration…

Below: We start with a view of the empty engine bay and newly painted bulkhead. 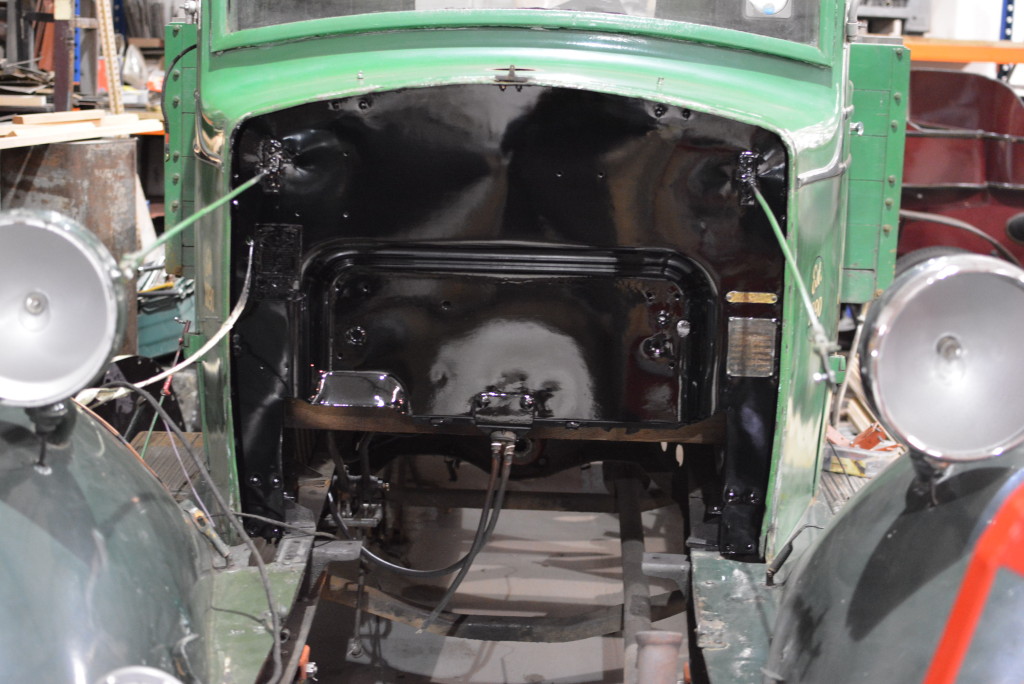 Below: One refurbished brake master cylinder. 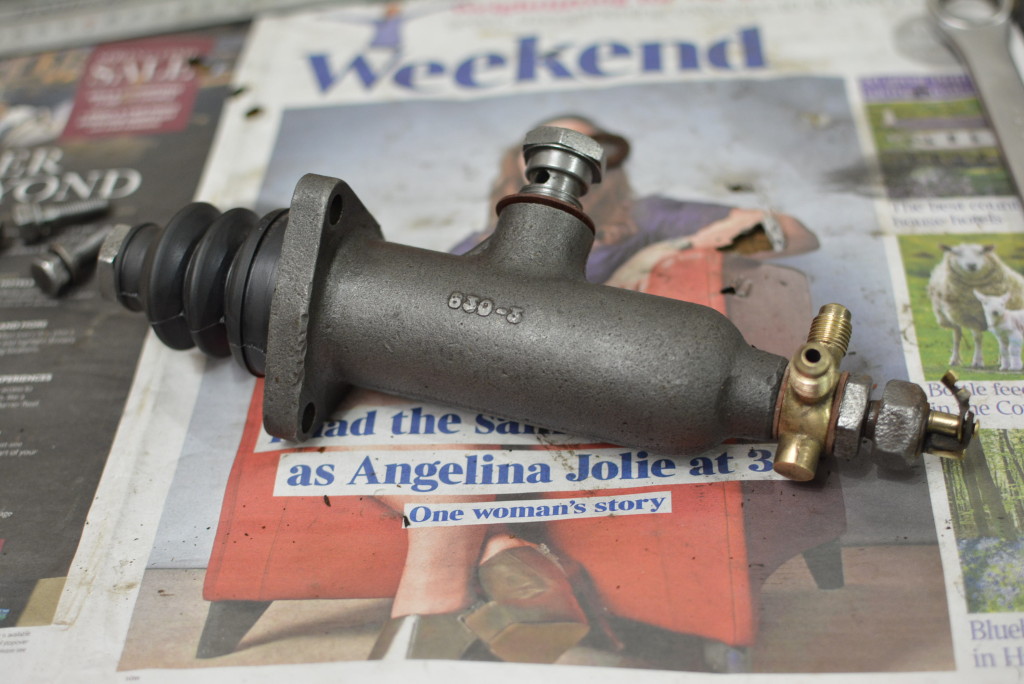 Below: The gearbox, following reinstallation of the engine/gearbox unit.  Note the master cylinder within the frame channel to the right.  Also the Morris cover plate on the gearbox itself. 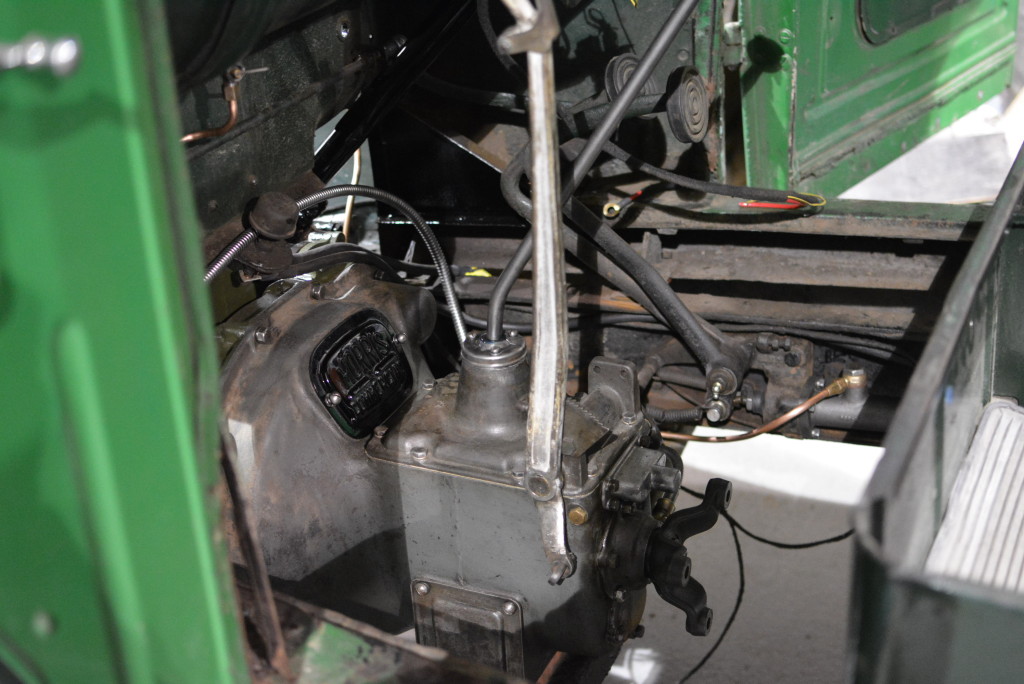 Below: The other end of the view above, with the engine in place once again. 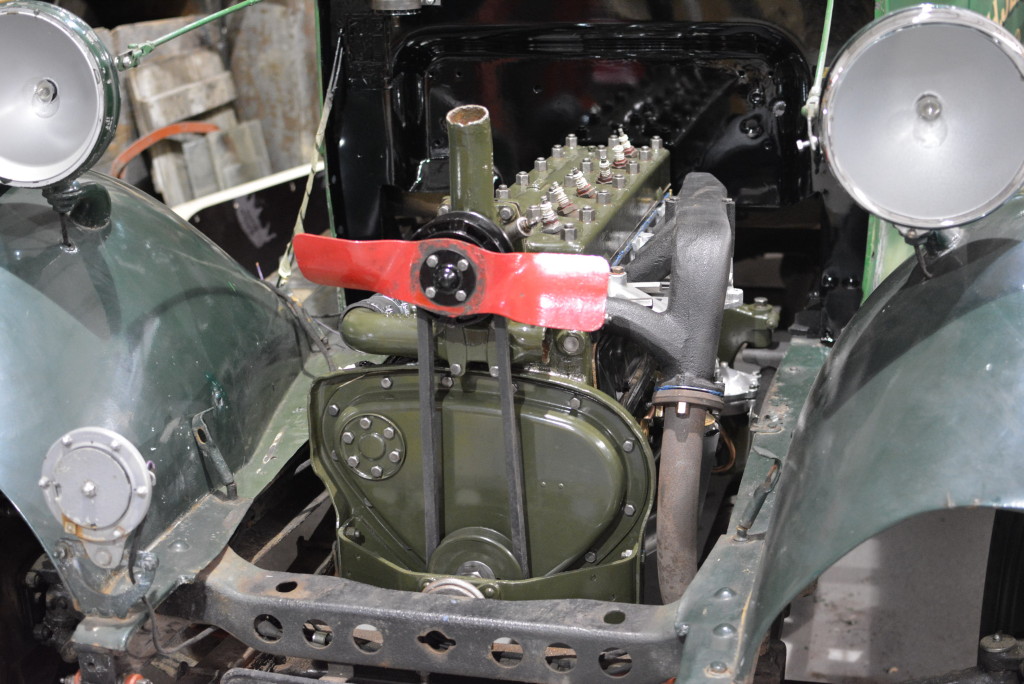 Below: The addition of the radiator ‘fills’ the front end once again as pipework, bonnet stays and hoses are reconnected.  We expect completion of this phase of the project in the coming weeks… 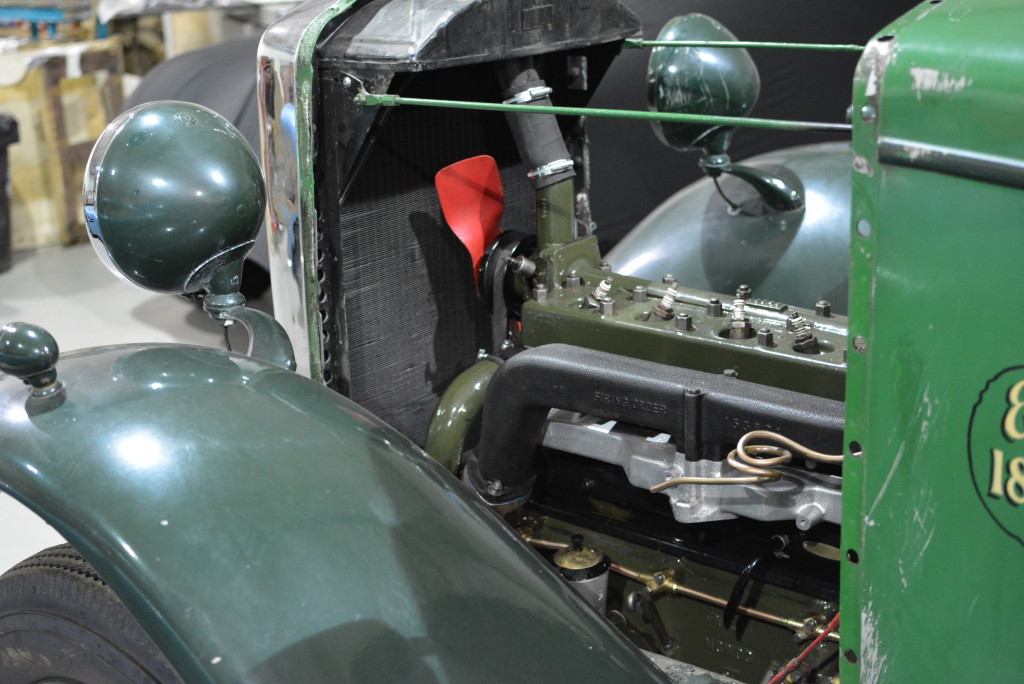 Below: Photos of the Cub were also received, showing that a busy Christmas break had been spent in the HVR workshop! 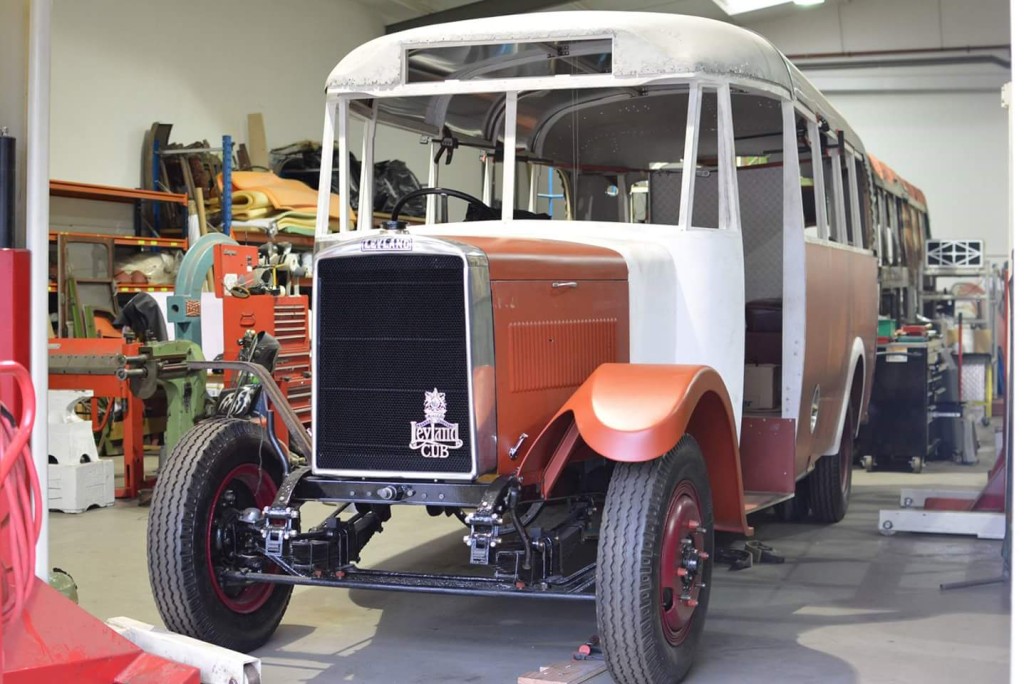 Below: The offside front saloon panel has now been made – a complex shape and a highly skilled item to manufacture.  This now completes the panelling below the windows, though the beading/trim remains to be fitted. 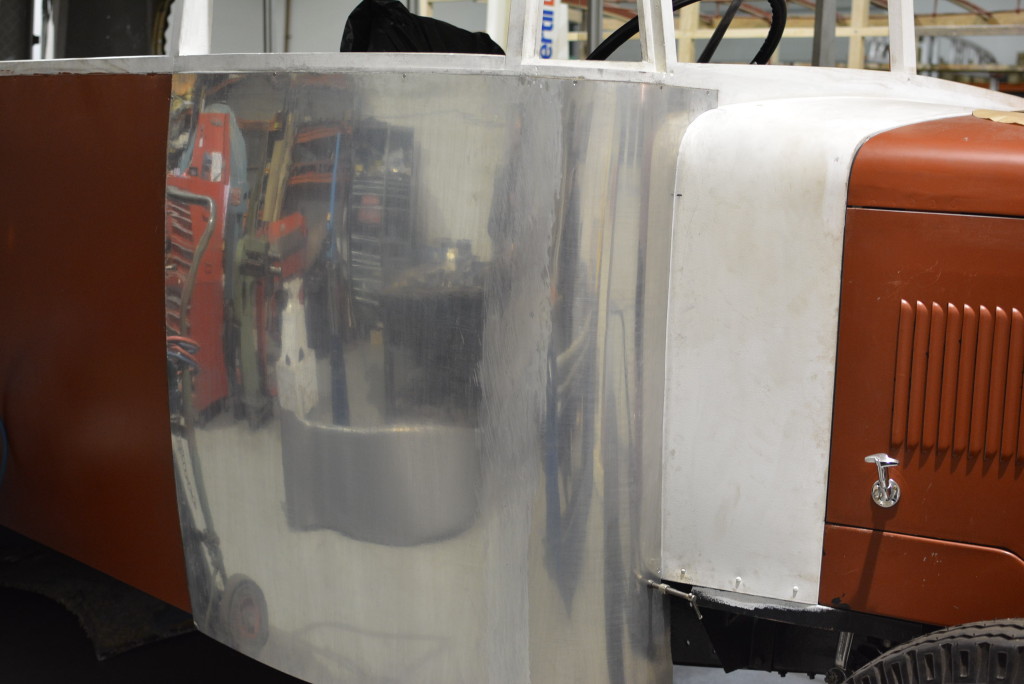 Below: The nearside wing has also been tackled – here is the supporting bracket after repair and priming. 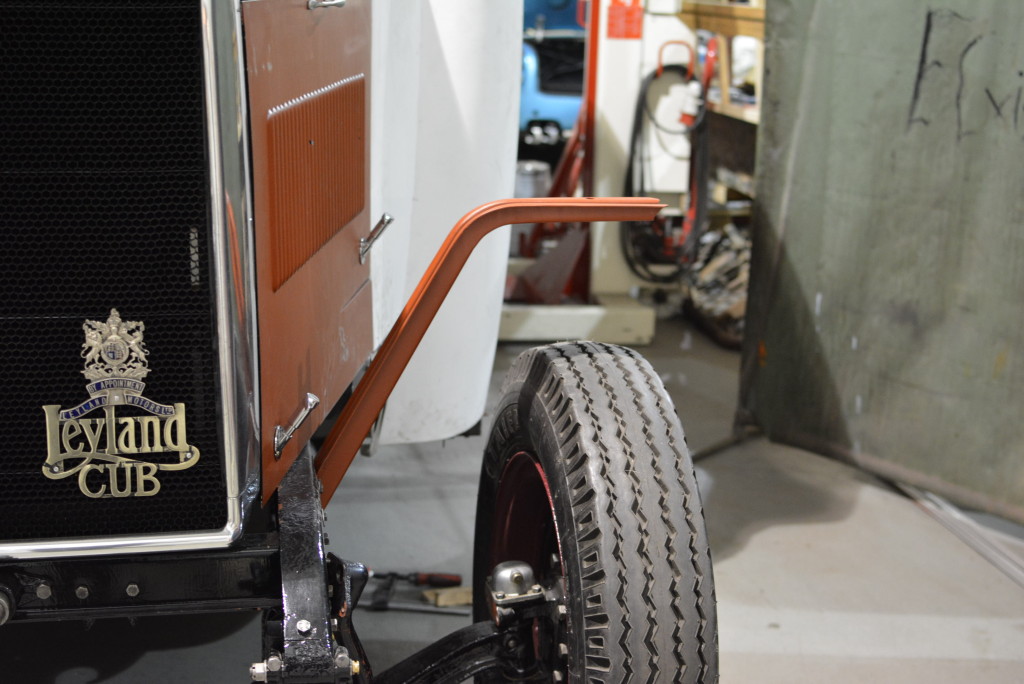 Below: The new wing in place…  The headlamp is a temporary addition as the set for the bus have been restored. 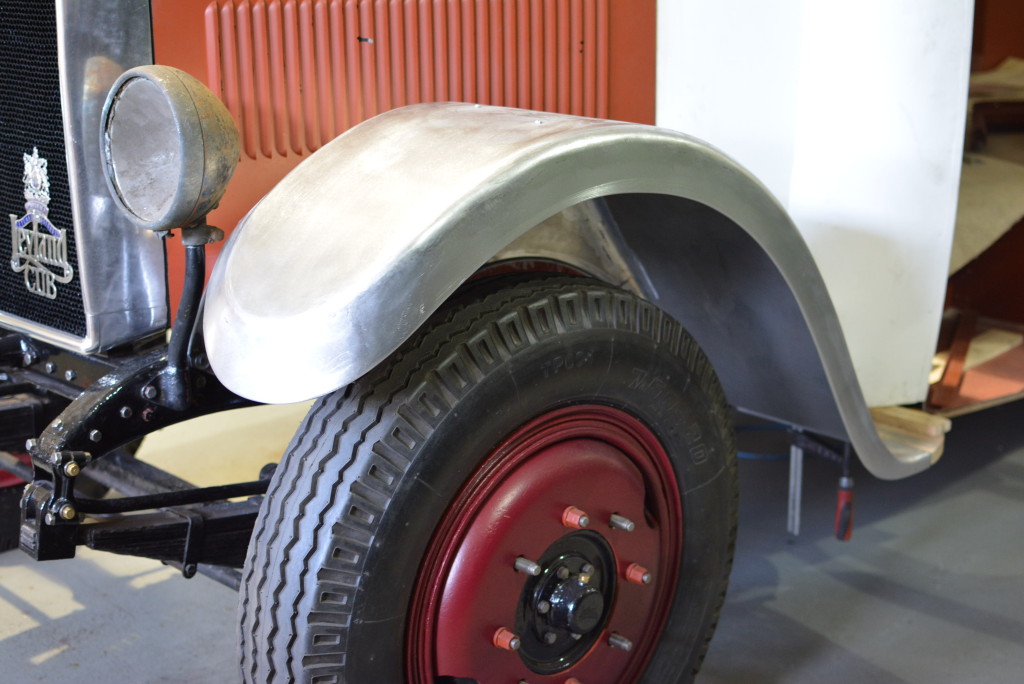 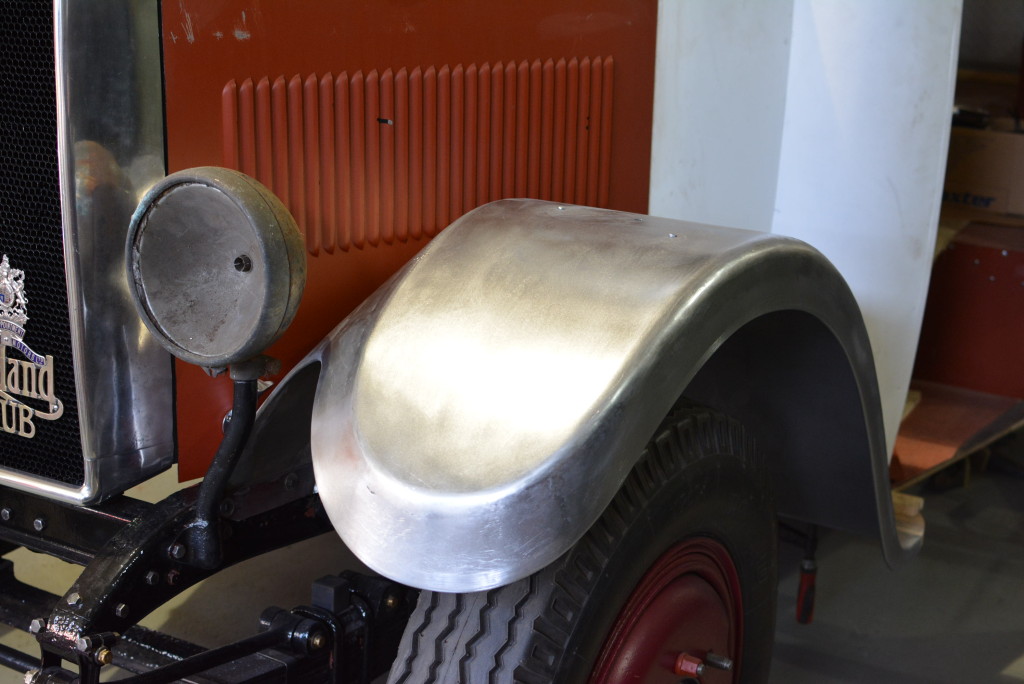 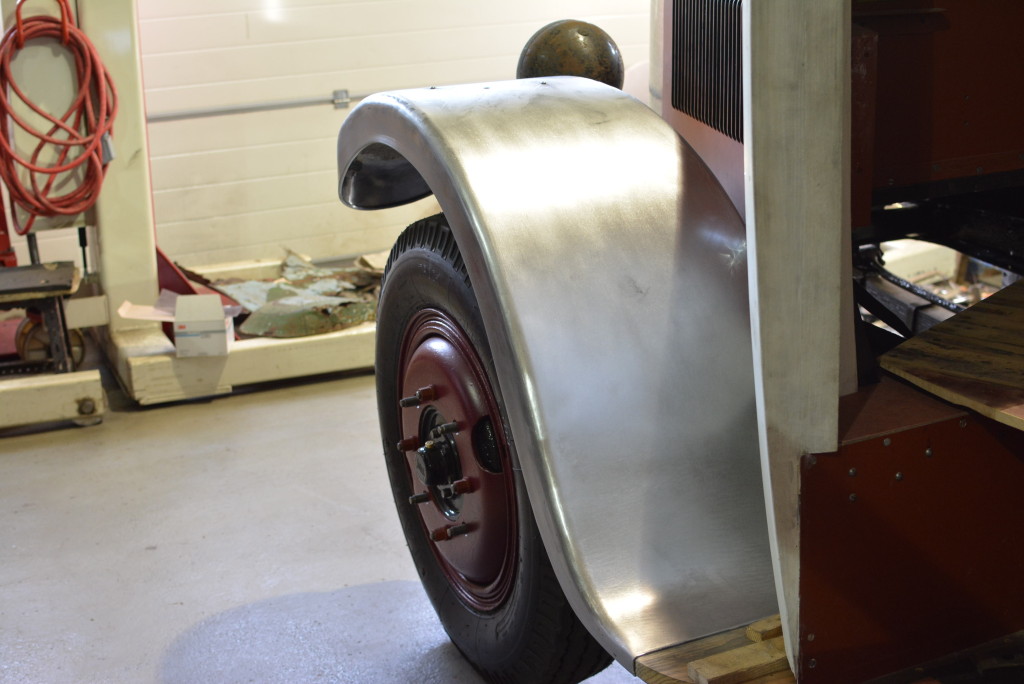 Below: With the wing primed, the front end is rapidly being transformed.  There is still a lot of work on the domes and roof panels, but once completed, that is the vehicle ‘skinned’. 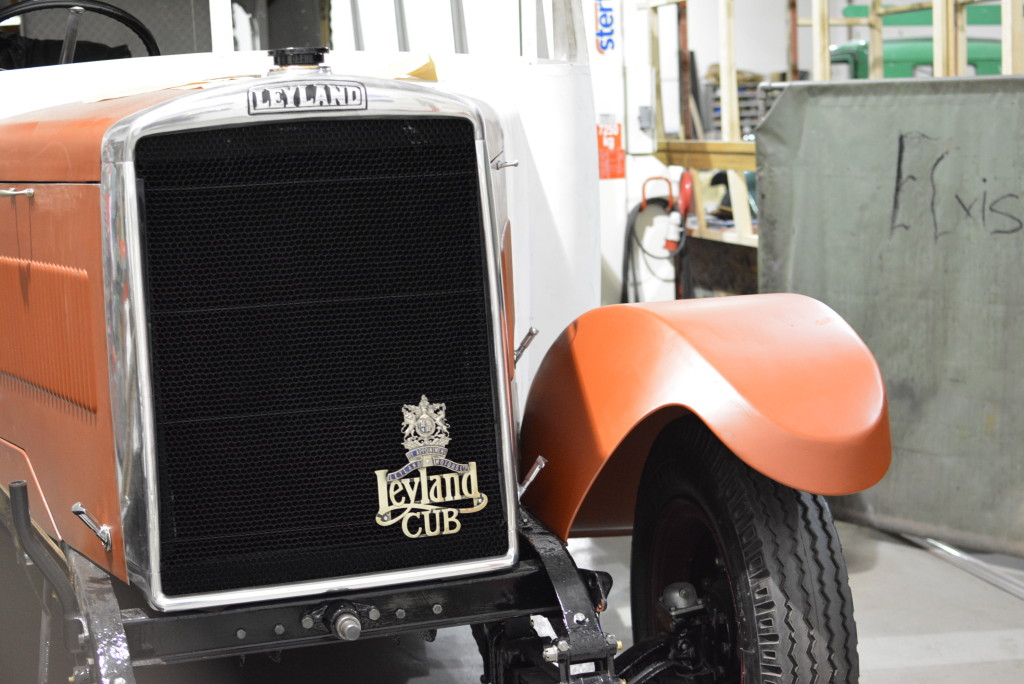 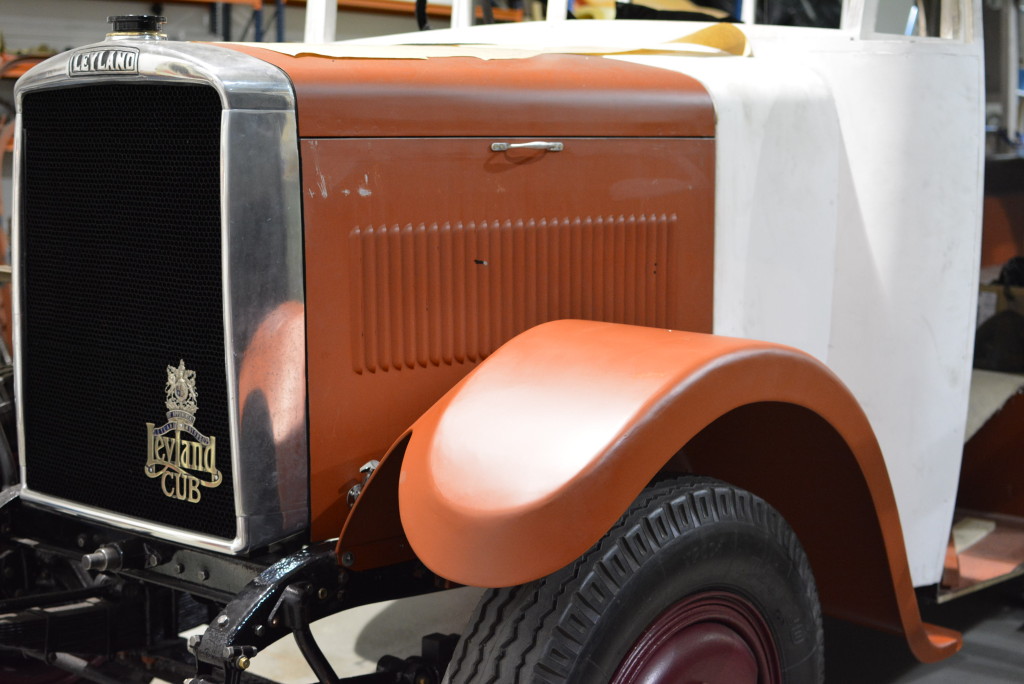 Below: As the holiday wore on, the ability to resist the workshops decreased and so a productive day was spent on various little jobs, including rubbing down and re-priming the bonnet for the Model T Ford, which will then be painted into a military green shade as part of its transformation into a WW1 ‘Crewe Tractor’.  The radiator surround was also similarly treated.  It is hoped to have this project completed for the April Great War Steam Fair… 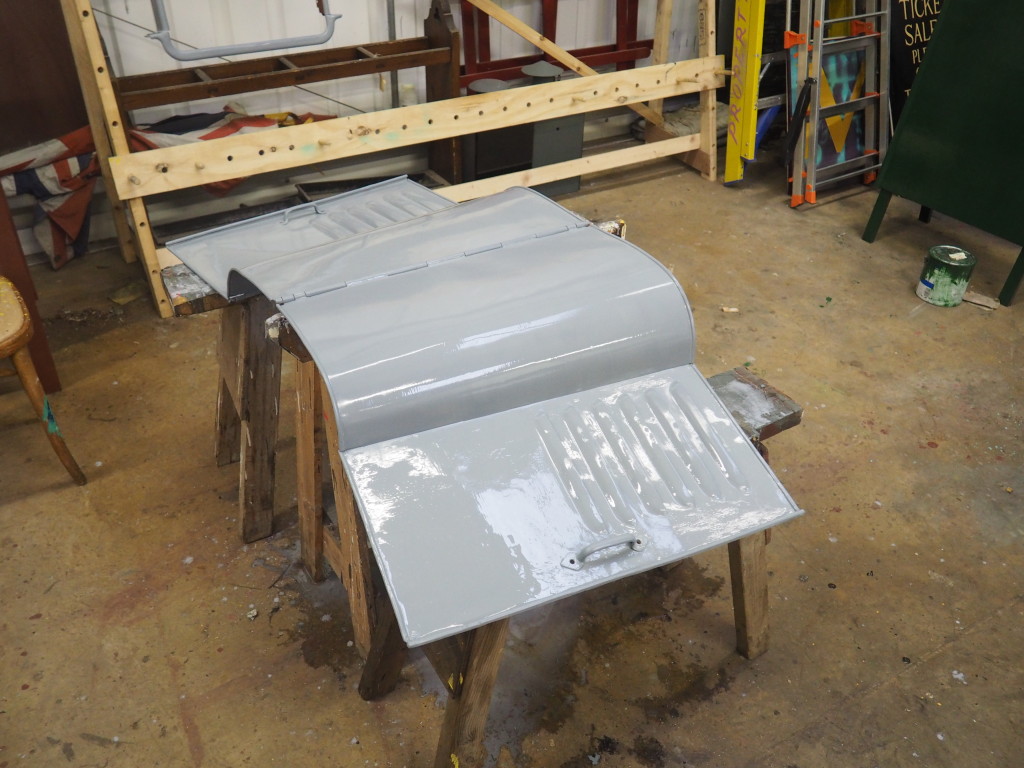 Below: I also took the opportunity to clean and paint some of the components for my A Type motor roller U092 – see here are various fittings including a water tank (for spray gear when tarmac rolling), gear guard, petrol can carrier and a recreated works plate.  More on this project in due course… 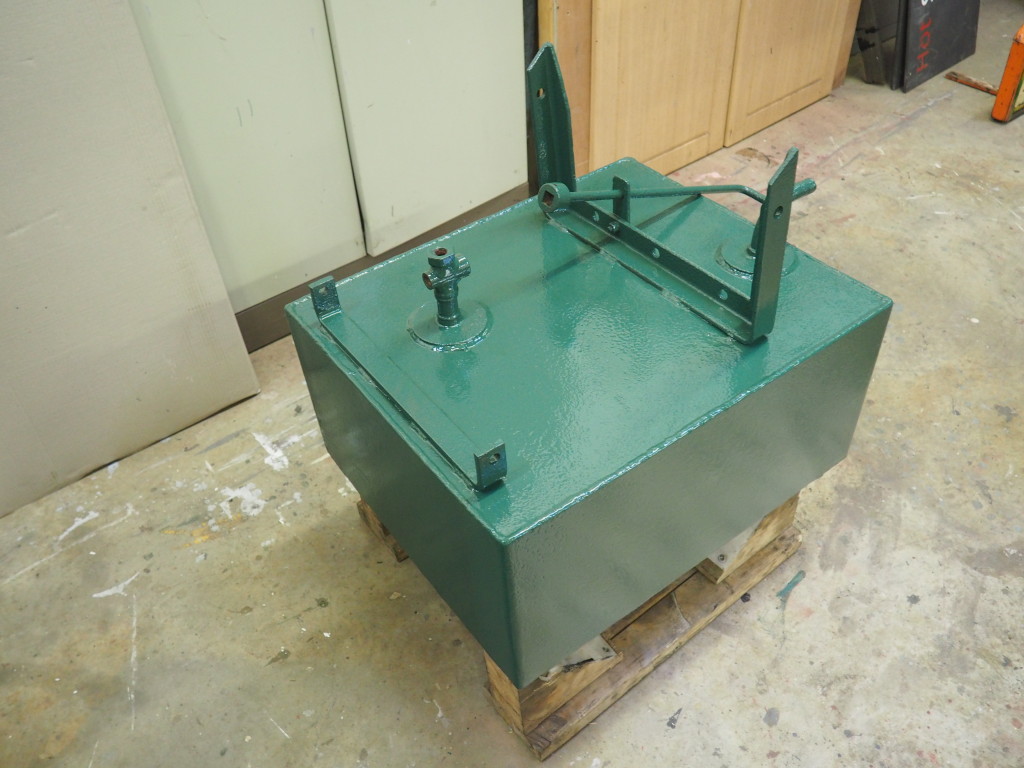 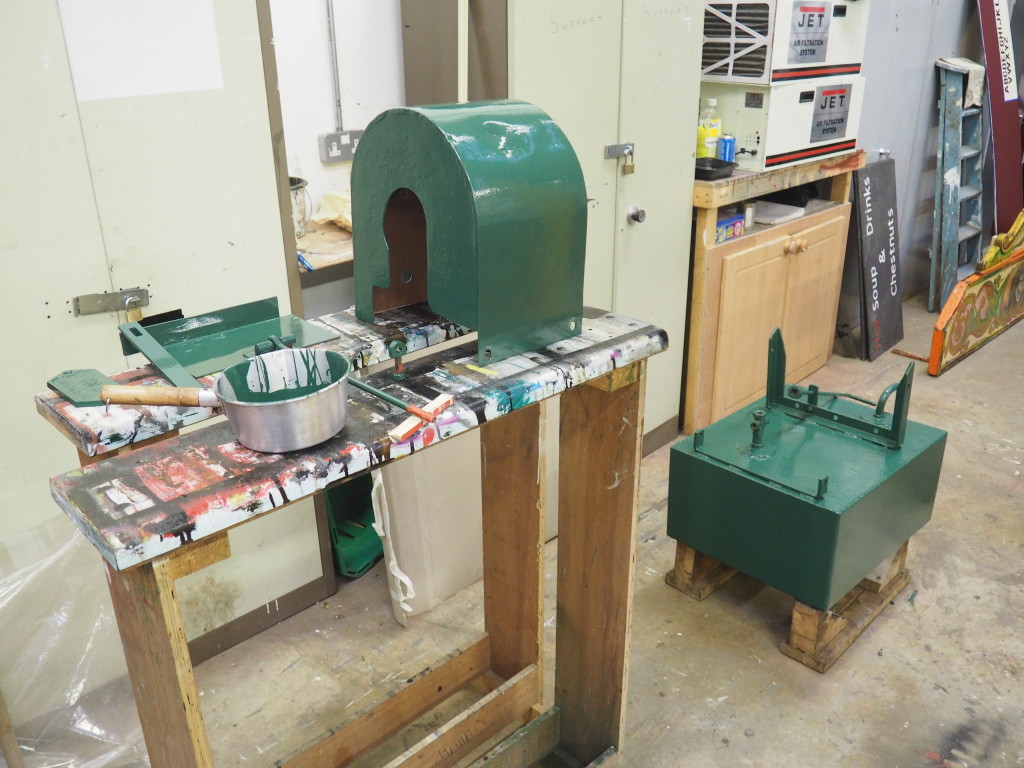