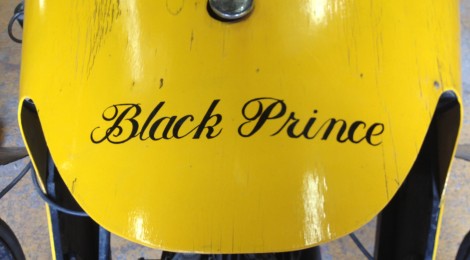 A rare cycle-car manufactured in Barnard Castle in the early part of the last century is set to undergo some tender loving care, courtesy of a North East museum.

The brightly painted yellow car, known as the Black Prince, is part of The Bowes Museum’s permanent collection and has been on rotational display since its acquisition in 1988. But now, as part of a partnership between The Bowes Museum and Beamish – which won national funding from Arts Council England (ACE) – the car has gone on loan to the latter, where it will undergo some expert cleaning work while further research is undertaken into its early history.

Leading the cleaning work will be Paul Jarman, Assistant Director – Transport & Industry at Beamish, who said: “We are delighted to have the opportunity to work on the Black Prince. Once cleaning is complete, we plan to put it on show in our Edwardian garage display as an example of the type of vehicle (the ‘home-made’ cycle-car) once numerous, but which didn’t survive in numbers due to their lightweight construction and usual lack of success. If they weren’t operationally successful the owners tended not to persevere with them.”

The cycle-car was built sometime between 1919, when the short-lived Black Prince Motor Company was formed in Barnard Castle’s Thorngate Mill, and 1921, a year before the firm’s demise. The aim was to popularise the Black Prince across the UK while creating much needed jobs in the town following the First World War.

Although research is ongoing, contemporary motoring magazines were universally critical in their condemnation of the Black Prince vehicles. The longest journey recorded was between Barnard Castle and Carlisle, a distance of some 60 miles, while others failed to negotiate the short journey up The Bank into the town.

Jane Whittaker, Head of Collections at The Bowes Museum, said: “We enjoy an excellent relationship with Beamish under our ACE partnership agreement, which among other benefits allows us to put on show objects from each other’s collection to give the wider public an opportunity to see them.”

Also going on loan is the ‘Streatlam fire engine’, while The Bowes Museum currently enjoys several items on loan from Beamish which are on display in the Streatlam Galleries.

Below: Between 1919 and 1920 a small number of cyclecars to various designs were manufacutured by Black Prince Motors of Barnard Castle.  Powered by a 2.75 Union air-cooled petrol engine the transmission was via two-speed belt drive to the rear axle.  The wooden body was so flexible that it provided the primary suspension for the cyclecar!  Other types were produced but the marque ended with the suicide of one of the projects originators. http://www.gracesguide.co.uk/Black_Prince_Motors

Below: The Black Prince on the day of collection.  It is now at Beamish and will shortly go on display in the Garage, possibly on the restored care elevator. 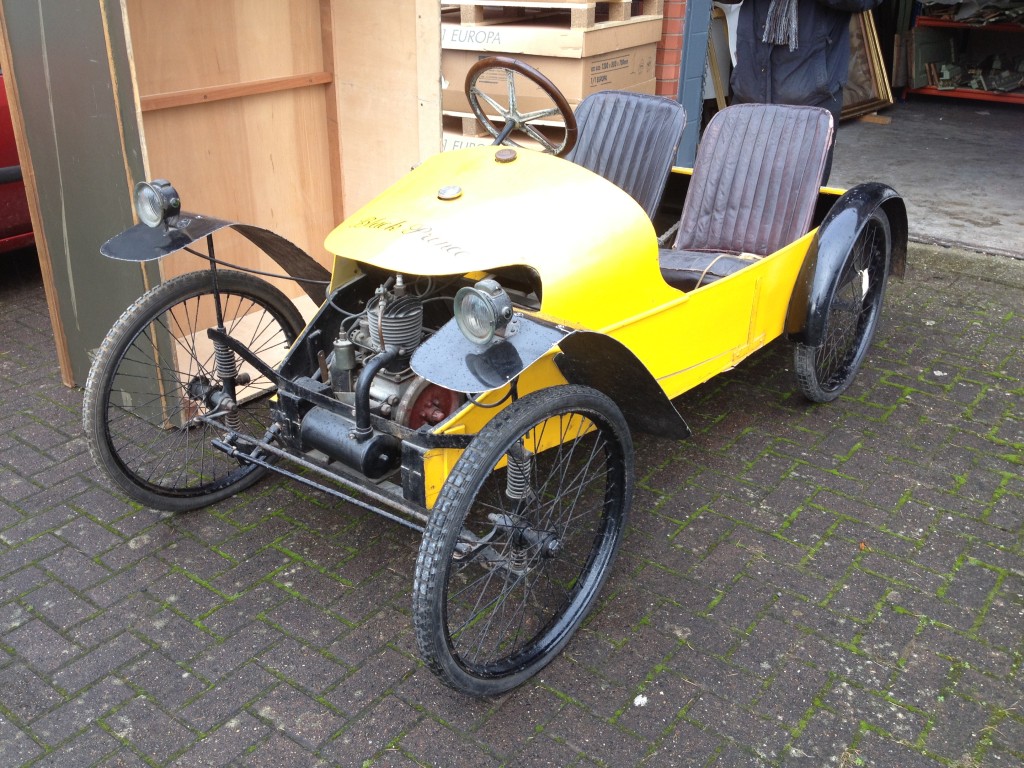 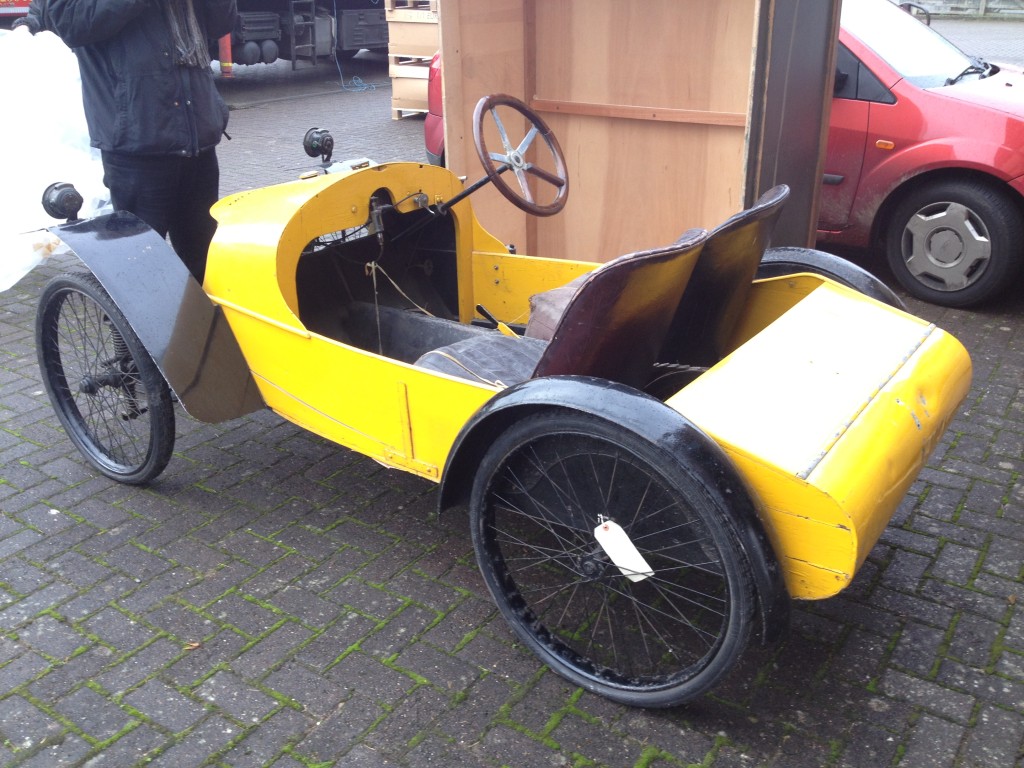 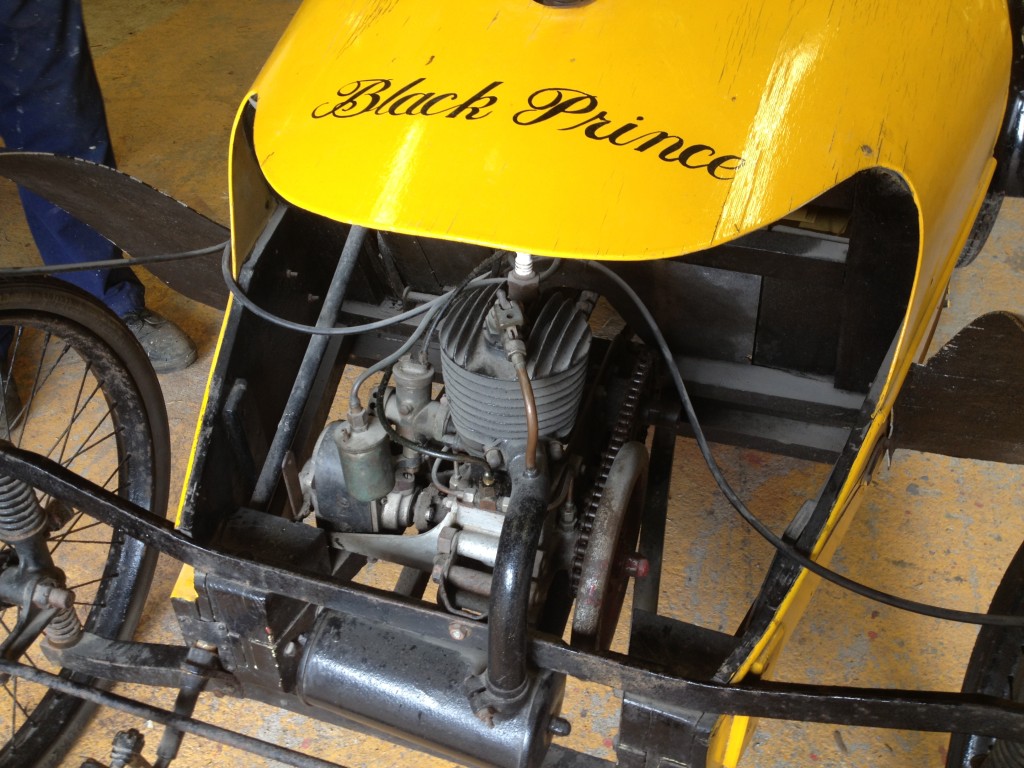 Below: The fire engine, a manually powered example, was built in 1832 by Tilley & Co – a well known manufacturer of fire fighting equipment in the 19th century.  It would appear to have had some restoration in the past, and is in sound condition for eventual display in the Georgian area at Beamish.  Streatlam Castle was one of the seats in Co Durham belonging to John Bowes, whose wife had founded the art gallery/collection at Barnard Castle.  The wealth came from extensive coal mining interests across the region, the name also being synonymous with the Bowes Railway, which was the conduit for the wealth making ‘black diamonds’ – the wealth of the Bowes family that is. 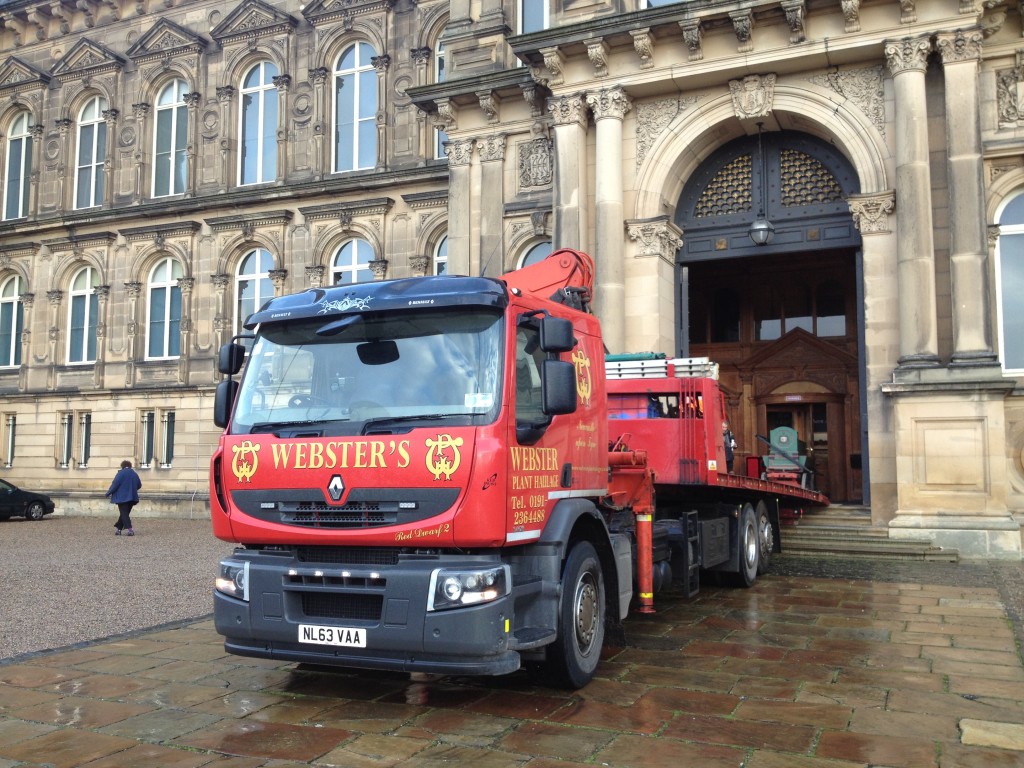 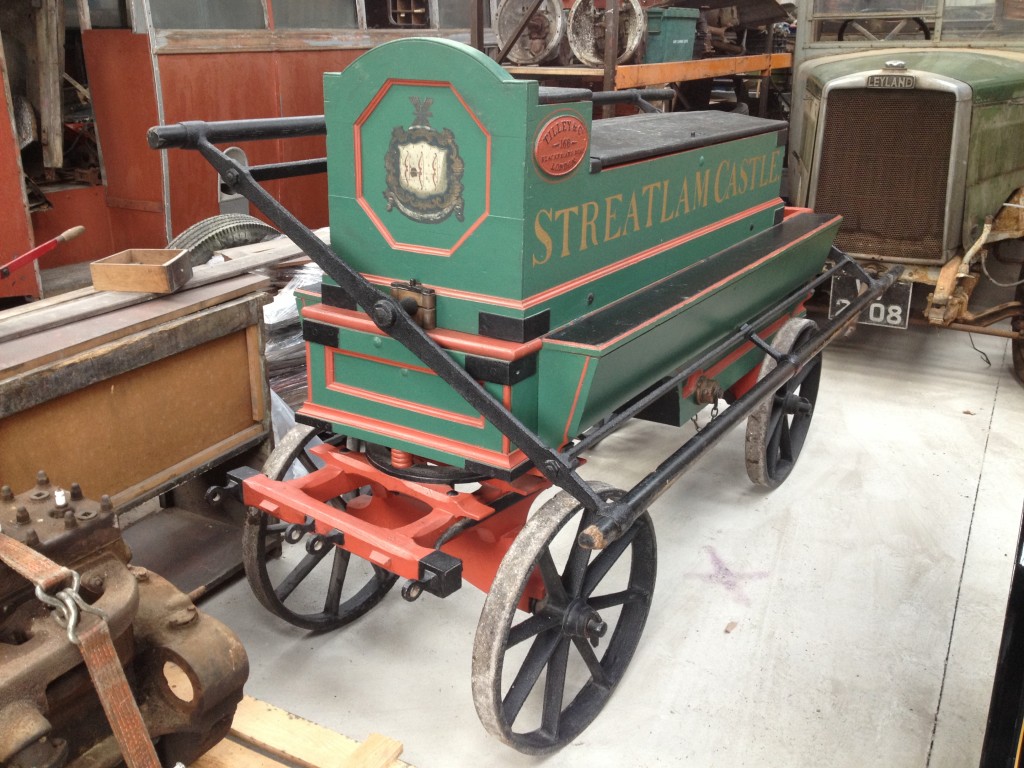 The fire pump will initially move to the Waggonway (to join the recently acquired West Hartlepool example – funny how these things can come in multiples) but in due course it may move to the proposed Georgian coaching inn.  We are obviously very pleased the Bowes Museum has entrusted us with these items, in particular for the opportunity to display the Black Prince, that has been ‘sought after’ by members of the Friends ever since I started here over a decade a ago.