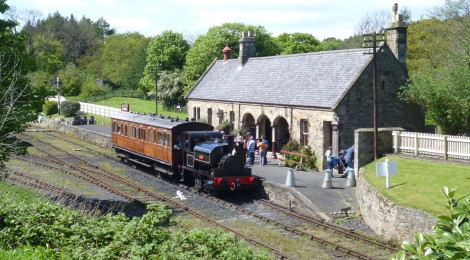 This last week brought with it some mixed weather, with scorching sunshine, a spectacular electrical storm and quite a bit of cloud too. Under these varied skies quite a bit has been going on, with staff sweltering or soaking (or both) as the week progressed!

We start with the arrival of Vulcan at Rowley Station.  No.18 provided the motive power, before itself being loaded onto the low-loader and returned to the Colliery.  Vulcan was inspected, a Fitness to Run exam carried out and it will commence its passenger operation this Saturday.  As can be seen, whilst Vulcan is a small locomotive, it really does dwarf No.18! 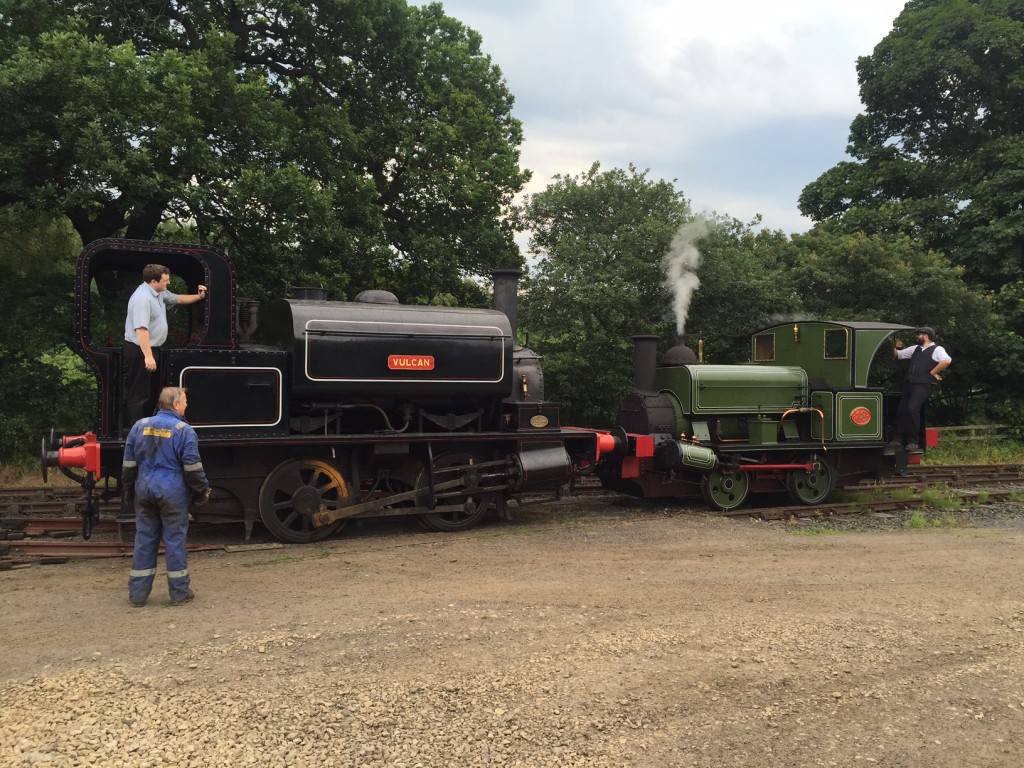 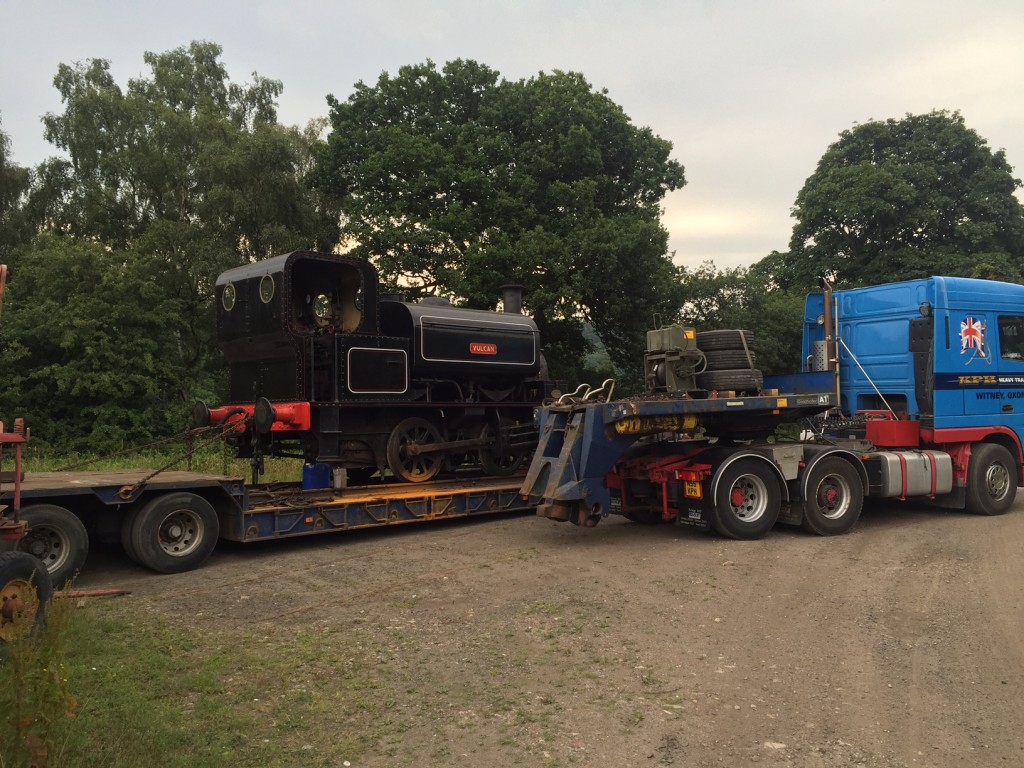 Below: Ian (one of the volunteers at the station) and Jorden (and the law!) are seen with the Great Western Railway ‘Mink A ‘ van No.95861 built in 1917.  The use of telegraphic names was commonplace on the railways at one time, the Mink title being used for covered goods vans.  You can read more on the subject here: https://en.wikipedia.org/wiki/Great_Western_Railway_wagons

This van has been at Beamish since 1979 when it arrived from Parsons works in Heaton (where it was used on the internal railway system).  It was restored to its GW appearance at Beamish and has survived in remarkably good condition, albeit deteriorating at an increasing speed in more recent years.  As a result the station team are repainting it and overhauling the doors, with the NER Tranship van likely to follow – this is to try and maintain the better rolling stock in good display condition pending eventual restoration and reconstruction of some of the other rolling stock, much of which arrived ‘tired’ and has had 40+ years at Beamish since then.  There isn’t a formal list of work beyond this, but I would like to tackle the NER fire engine wagon as this is a straightforward project, followed by the NER Birdcage brakevan.  After these the restorations are much more intensive (and therefore expensive) so we shall see where we are with these in the future. 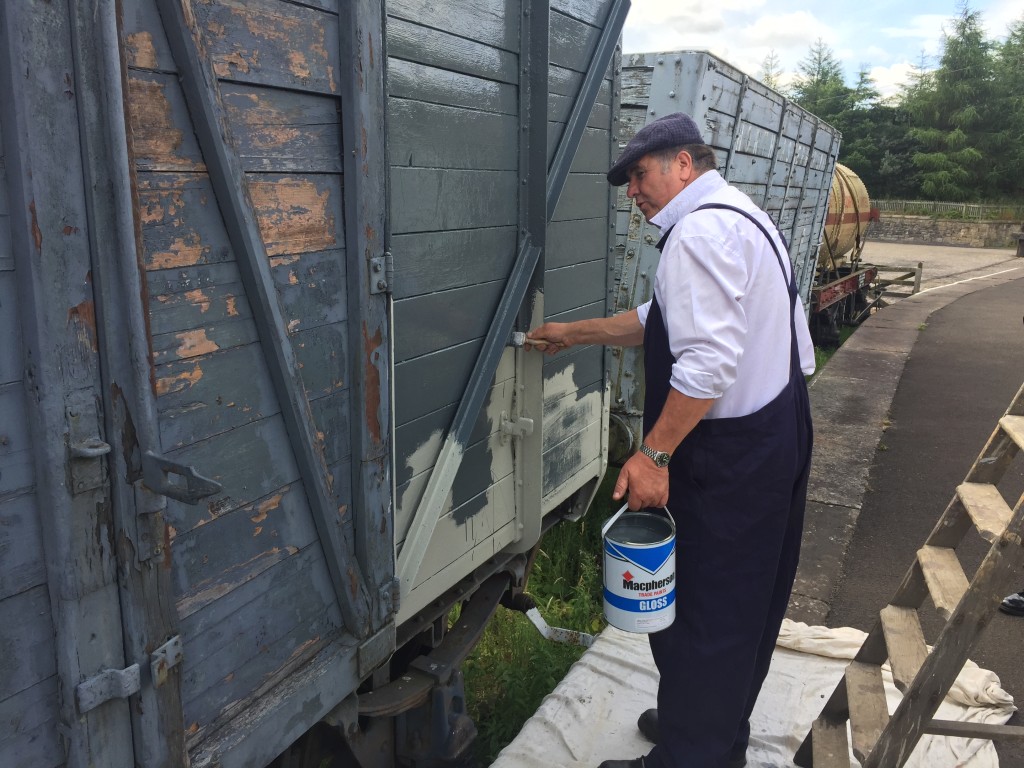 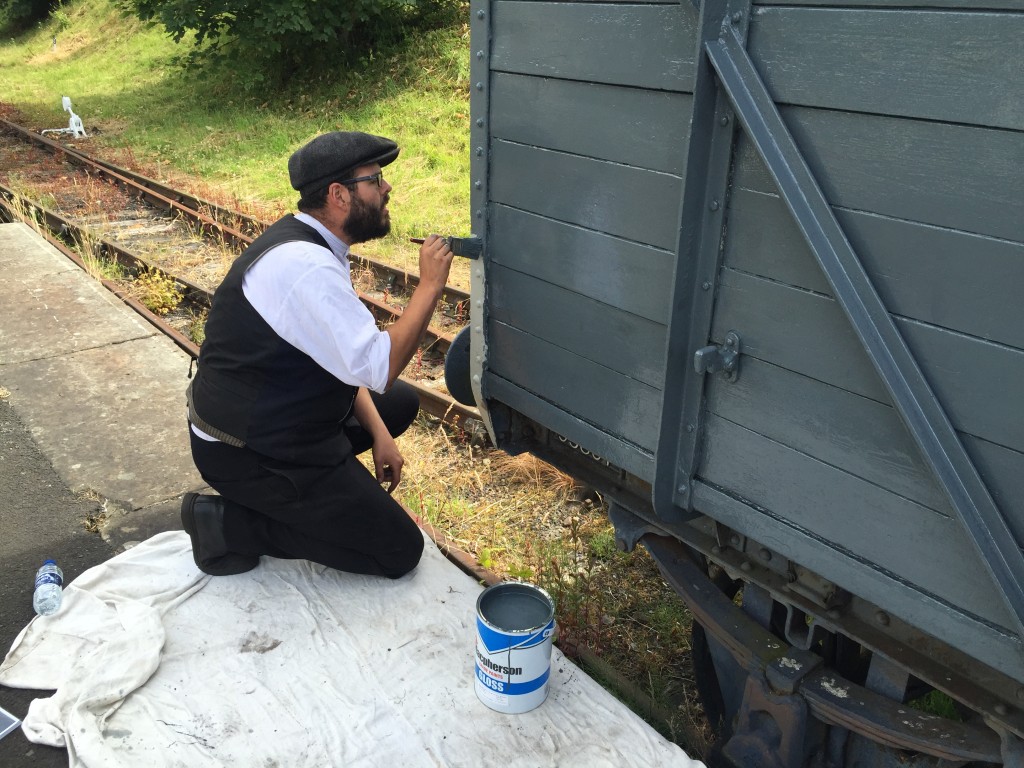 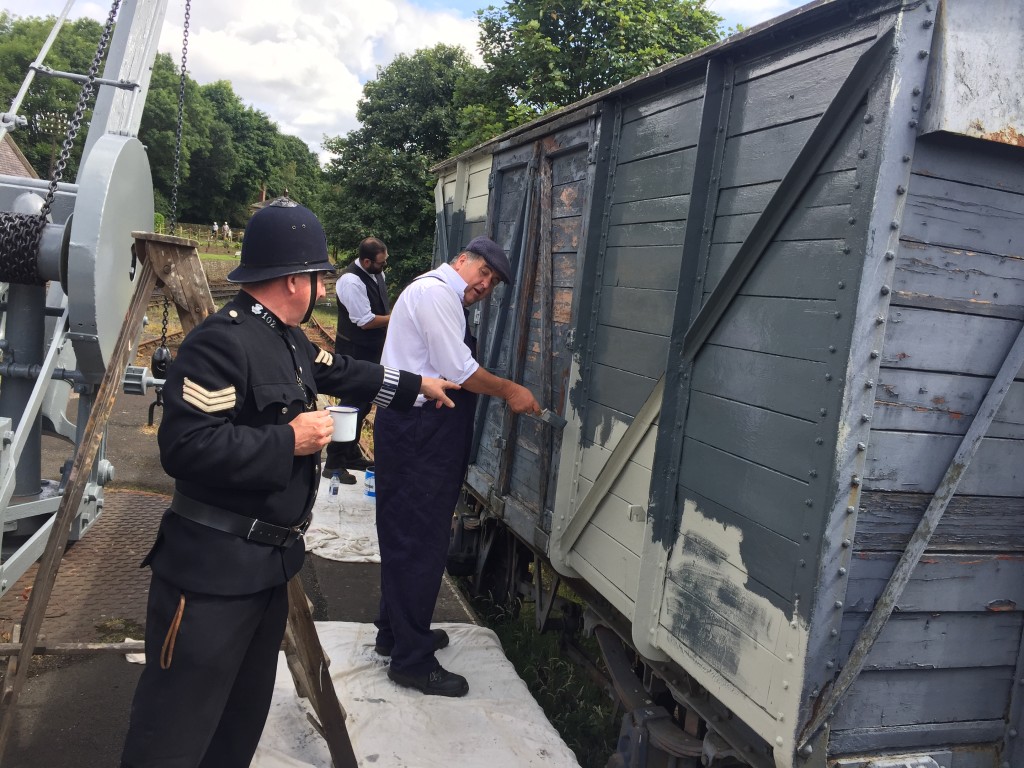 Below: The restoration of the NER Carriage and Wagon Examiner’s hut continues, with the floor rebuilt on new joists (the previous floor being part of the ground!), new planks added and the first coats of primer and undercoat added. 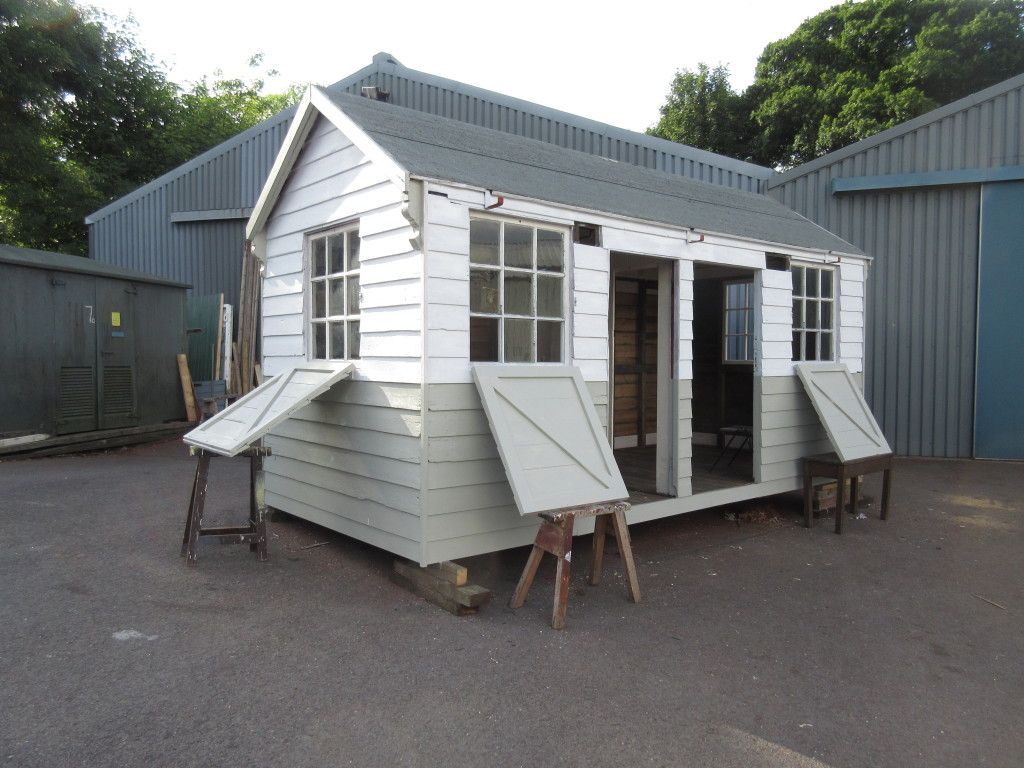 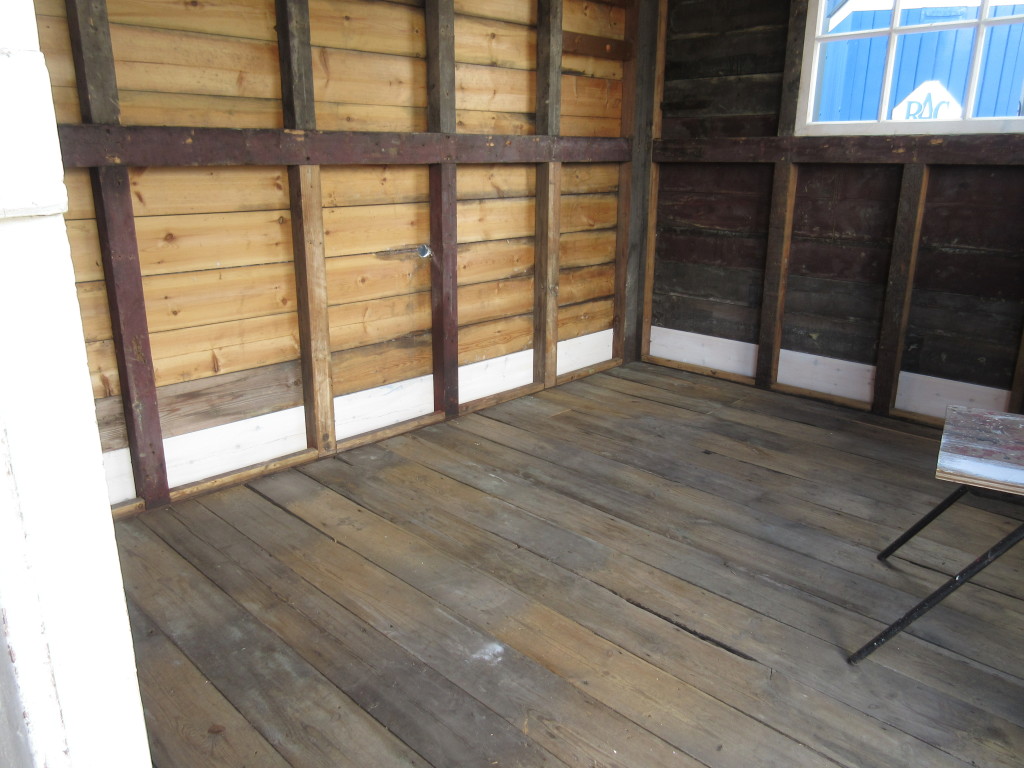 Below: Dave is currently turning the axles for the Horwich tender, which is now an integral part of the Samson project as operational experience has proven the need for a dedicated vehicle.  The axle pedestals for the lead mine waggon (with auxillary water supply) have been white-metalled and await fitting to the completed waggon frame so that the sides and ends can be added.  Some painting remains to be carried out on these items.  Here we see the axles for the Horwich tender. 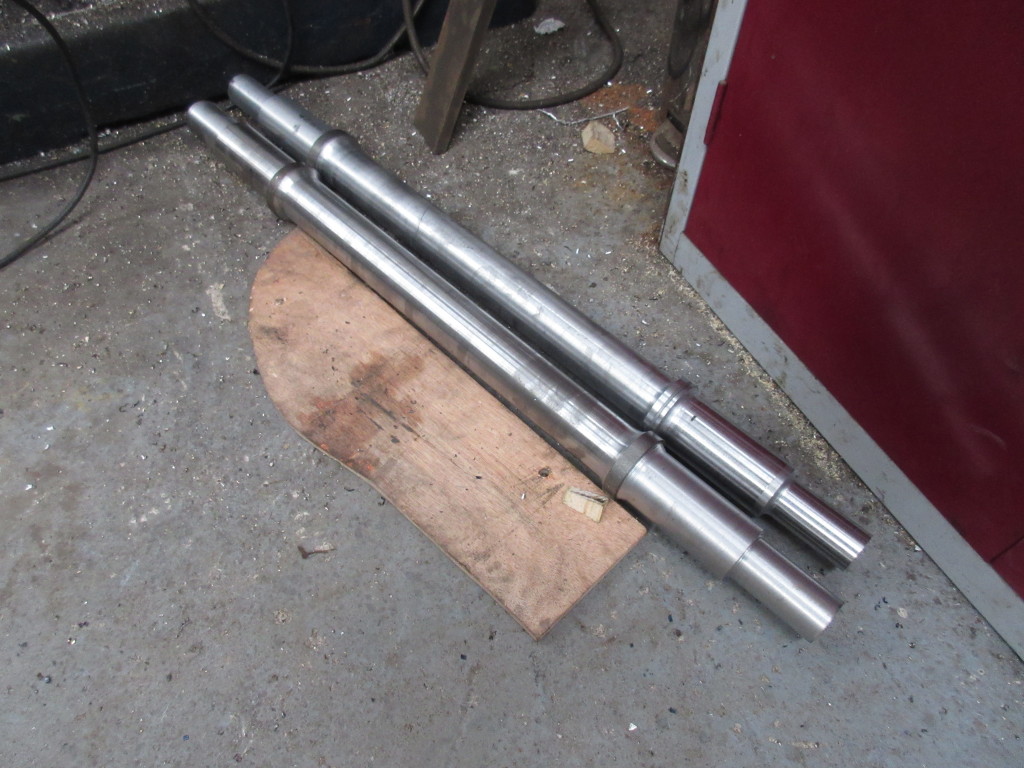