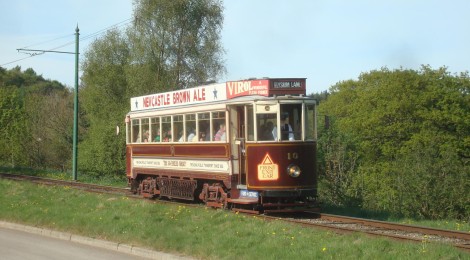 In lieu of a news roundup from last week (as I didn’t get a chance to take any photographs!), here is something much more interesting!  Matt Ellis, the Keeper of Transport, has been working through the archive of tramway logs and compiling the mileages for the tramcars over this period.  Previously we have recorded the days in use rather than miles covered, but as Matt explains, with the varying traffic patterns now, then a mileage is a useful tool for the maintenance team to have in their planning.

As is very clear from the results, the mileages have increased considerably, attributed to our longer season, increased operation and number of passengers needing to be carried plus the add-on activities such as evening events and tramcar driving experiences.  Clearly there is a knock-on effect and the maintenance challenges are regularly recorded here.  We are also seeing the work needed to overhaul tramcars now developing into extensive engineering – Gateshead 10 has long used up any ‘life’ left from its Gateshead days (and certainly since its BR days, who in turn had made the most of whatever was left when they purchased the car in 1951).  10 will become one of our biggest in-house engineering projects ever, and much work is underway behind the scenes on this project now.

Each day the tramway supervisor fills in a diary logging which trams have been running and with which crew. These diaries are archived and go back to the mid 1990’s. A tram in service all day will do around 25 miles, based on approximately 16/17 laps, and dead mileage from the entrance to depot. We are in the process of working out a mileage between overhauls; this will allow us to better predict when a trams next overhaul will need to be. The historic records will give an indication of what this figure has been for the tramcars which have been overhauled numerous times over this period, Gateshead 10 being a good example.

The historic records have been inputted into a spreadsheet, going back to 2002 (so far). This has revealed some interesting figures which blog readers may be interested in.  These are best quoted as “educated estimates” rather than exact figures. Where a tram was in service all day it is entered as a full 25 miles. Where a tram ran off for lunch breaks it is counted as a half day. The average number of circuits balances out over the year. In winter when there are less trams on the circuit and less visitors getting on and off then 20 circuits can easily be achieved in a day.  In summer when there are normally 3 or 4 trams on the circuit and full loads of passengers loading and unloading then each circuit takes longer and 14 or 15 circuits is more normal expectation. The mileages quoted do not include mileage done by a tramcar on loan from Beamish such as 31 in Blackpool.

So the headline figure, all trams, including visitors have from 2002 until now done 298,550 miles, so that’s 12 times around the earth.

Visiting tram cars to Beamish have in total done 16,900 miles, obviously the longer term visitors have done most of this.

The full mileage table is below:

Hopefully blog readers will find this information interesting. We will keep this record up to date but as you can see the fleet will achieve 300,000 miles before the end of the year, not bad going for circuit around 1.5 miles and a small fleet of trams.

Our tram cars must be some of the highest mileage heritage tramcars in the world.

At the current rate the fleet will see its 500,000th Mile sometime in 2023, though really it has probably already been achieved since the tramway opened in 1973.

Below: These photographs show Gateshead 10’s wheelsets, newly re-tyred and machined at the Ffestiniog Railway’s Boston Lodge workshops.  In both photos one wheelset can be seen with burn marks evident on the tyre-tread.  This is where the wheel centres were in sound condition for the tyres to be fitted perfectly concentric and square to the axle.  This means the rolled tread is suitable to run on, as delivered.  The shiny tyre treads show where the re-tyred wheel has had a light skim in the lathe to restore a concentric and square result.  The burn marks are caused by the gas jets used to expand the tyre in readiness for shrinking onto the wheel centre. 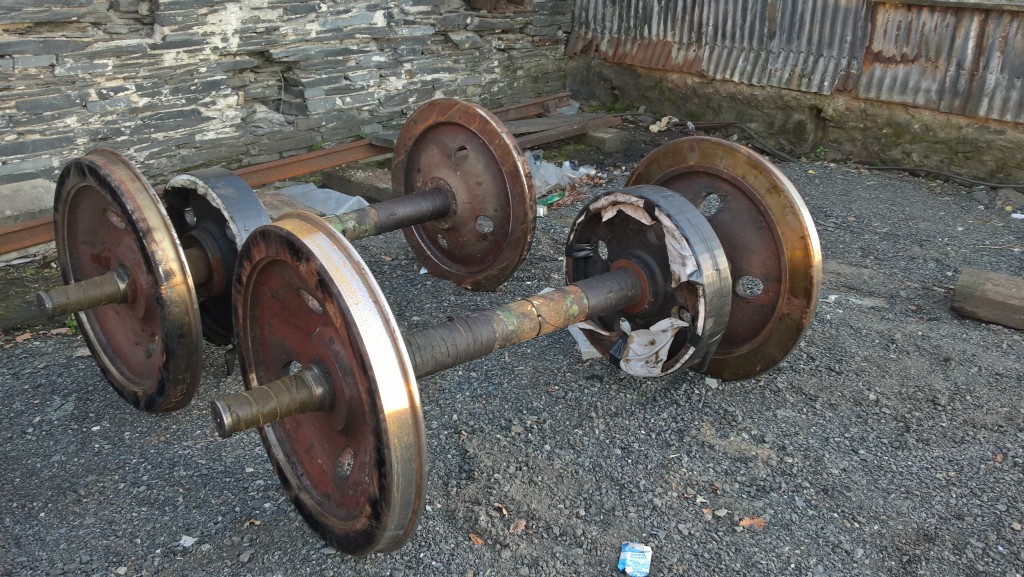 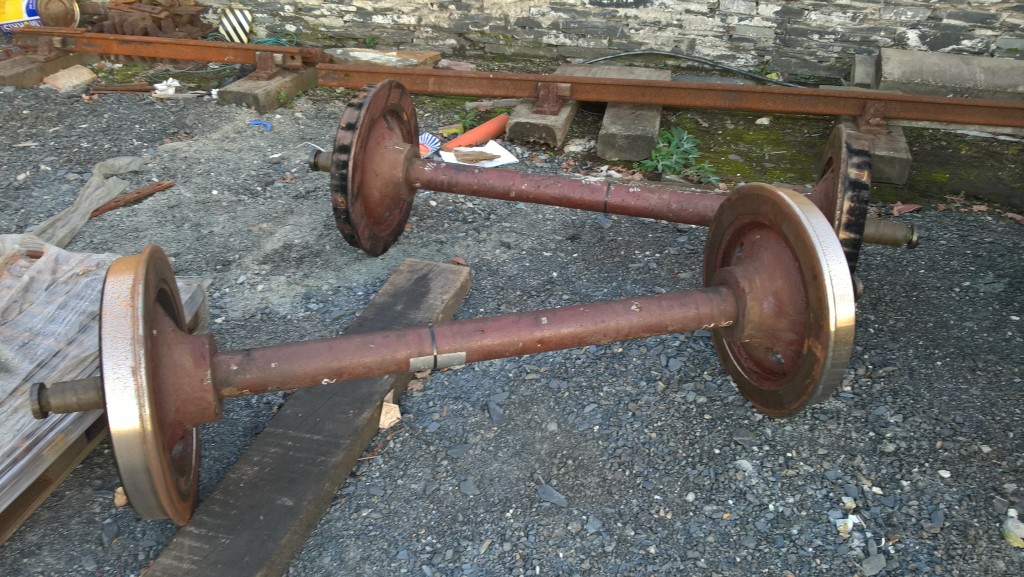