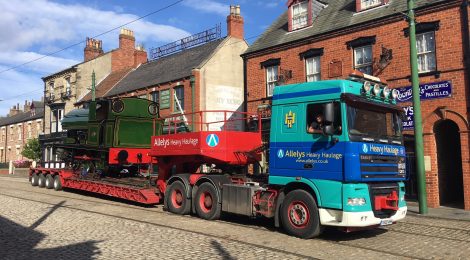 Below: The latest hire locomotive, built by Peckett (works number 2000) has arrived at the Museum for an extended stay.  It has arrived facing the ‘wrong’ way, but this situation will be remedied in October.  It has been freshly overhauled and repainted on behalf of its owner and hopefully will see us through to somewhere near Dunrobin’s arrival in 2019…  It is also seen here with Wissington, after arrival, unloading and shunting to Rowley where it awaits its acceptance exam and fitness to run inspection. 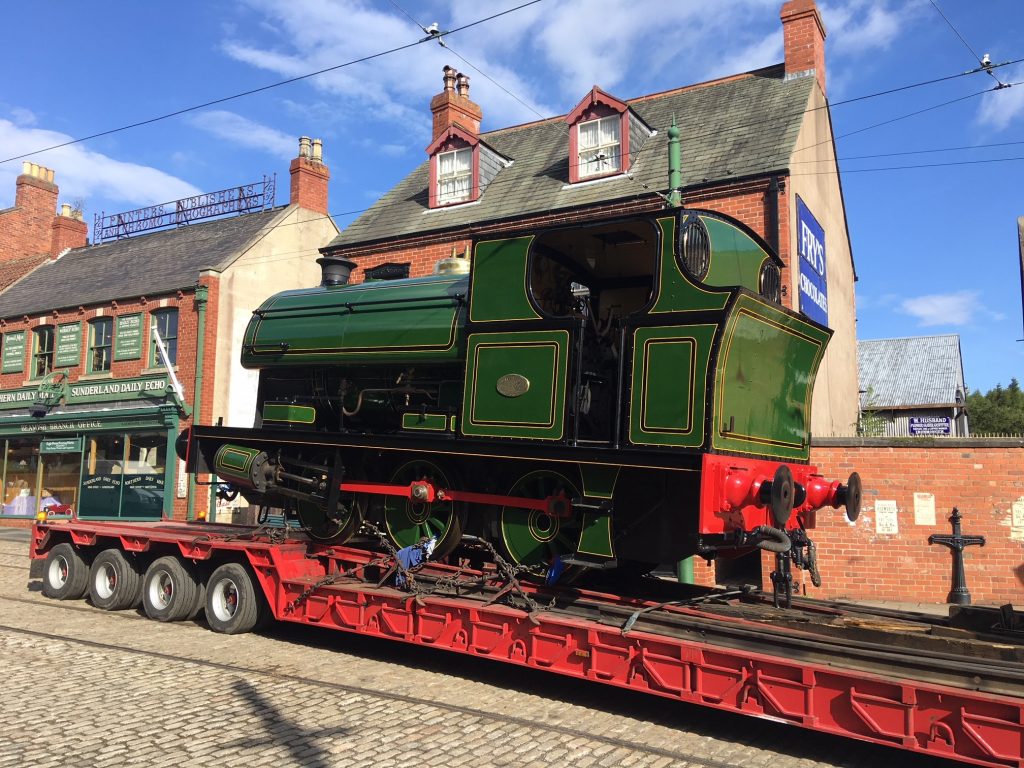 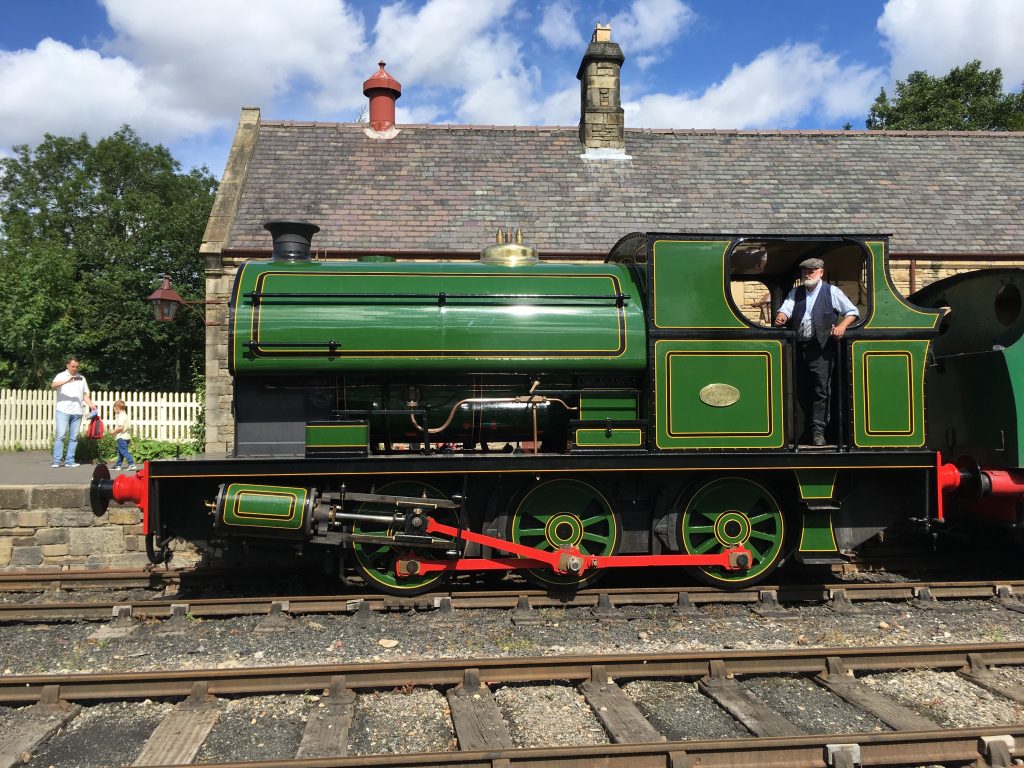 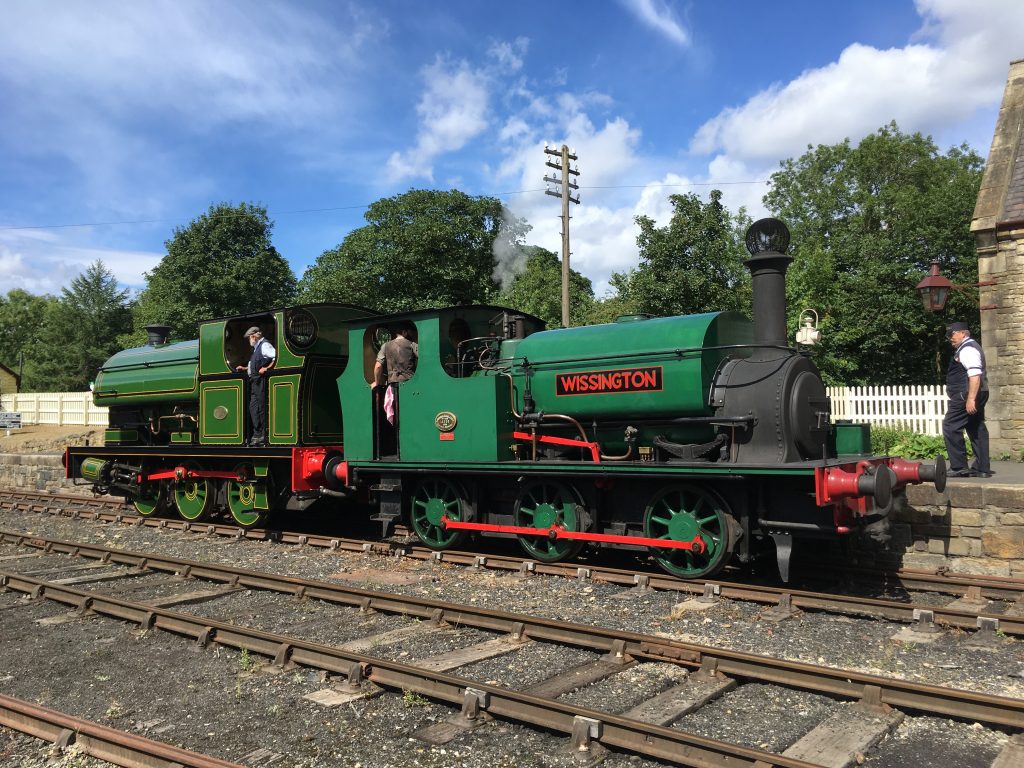 Below: David Young is machining a set of four narrow gauge wheels, cast from a pattern within the collection and which require a fair degree of work to make them acceptable for use in a forthcoming project.  A faceplate for the lathe has been made in order to securely locate the wheels, both for tread and flange turning, and facing the thrust face and boring the axle hole. 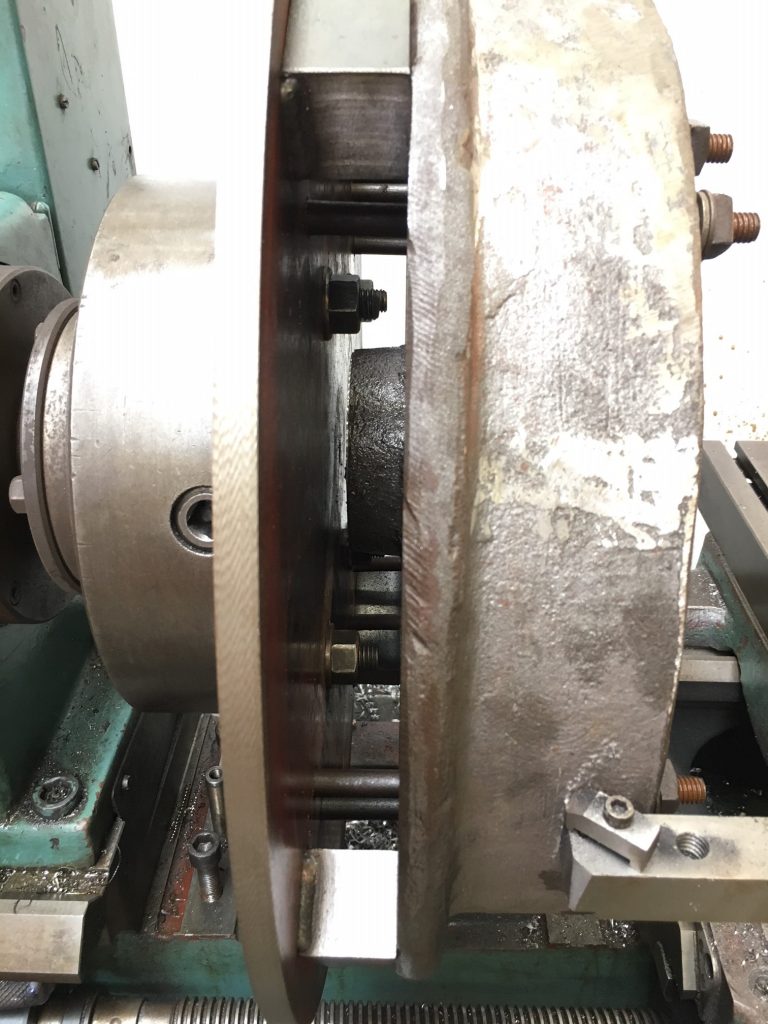 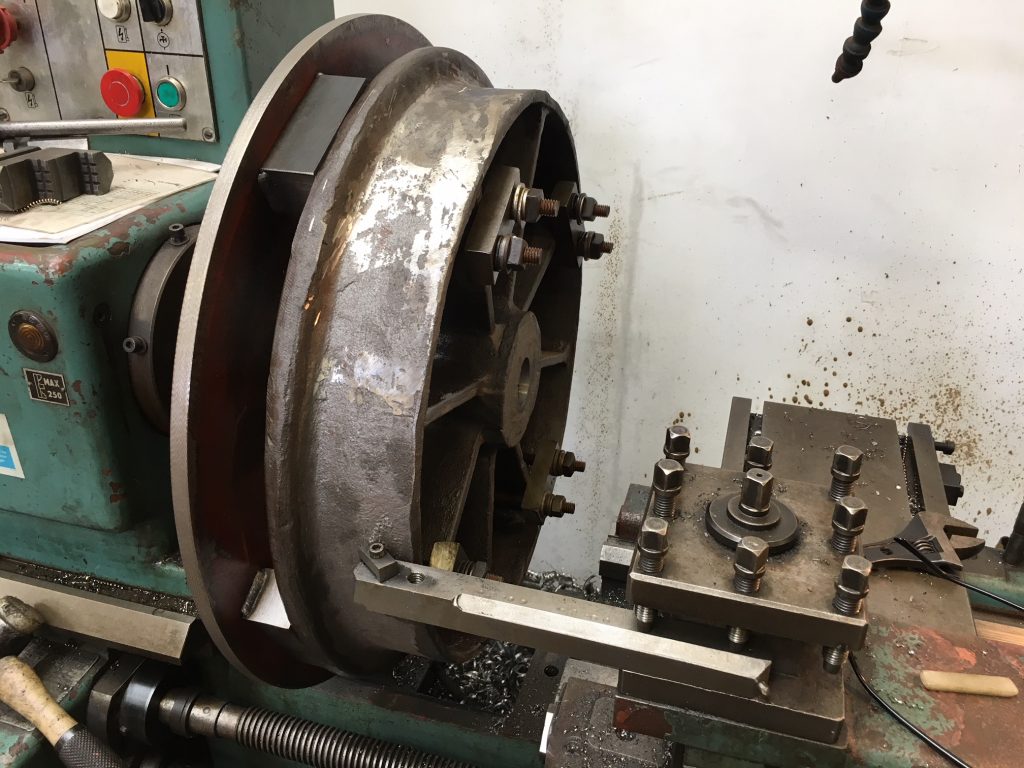 Below: A dry assembly of the Brampton coach body – showing the overall shape and the lovely pitch-pine timberwork.  The main frame will be in a deep maroon shade, with all ironwork in black.  The timber body will be varnished and as referred to before, yellow lining and the name ‘Brampton’ will be added after final assembly.  The body is designed to fit directly onto the existing chassis used at the Waggonway, which will also require a thorough overhaul and new timbers this autumn.  After this, the final Waggonway vehicle to tackle is the compressor chaldron, which will remain in its present guise. 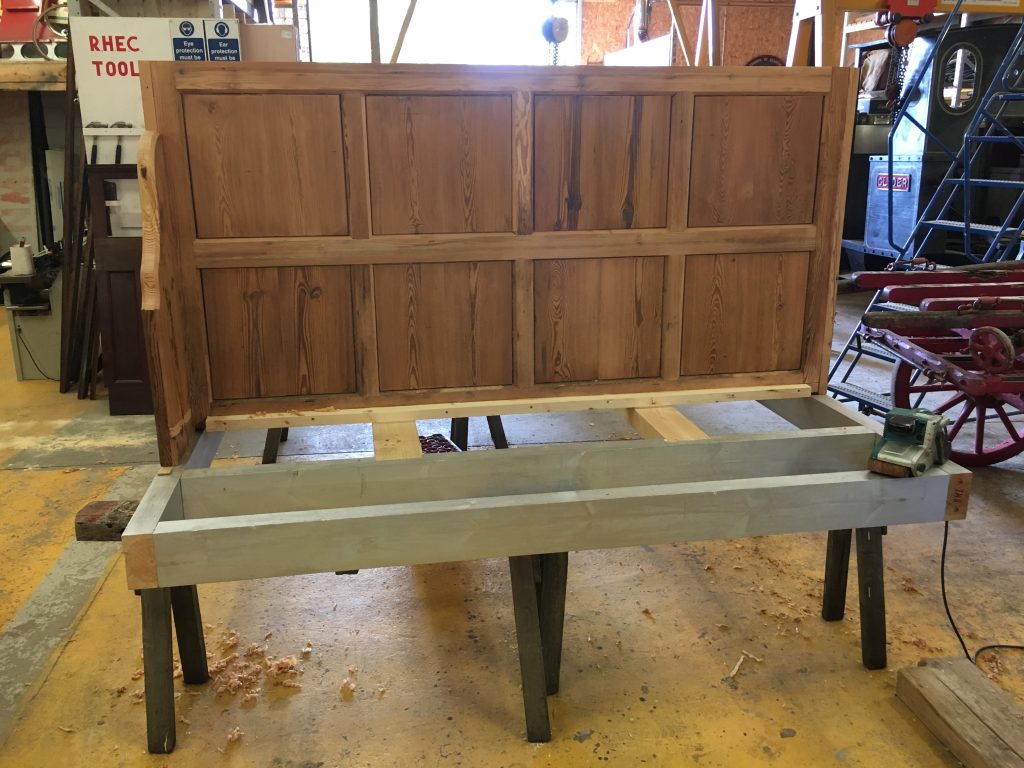 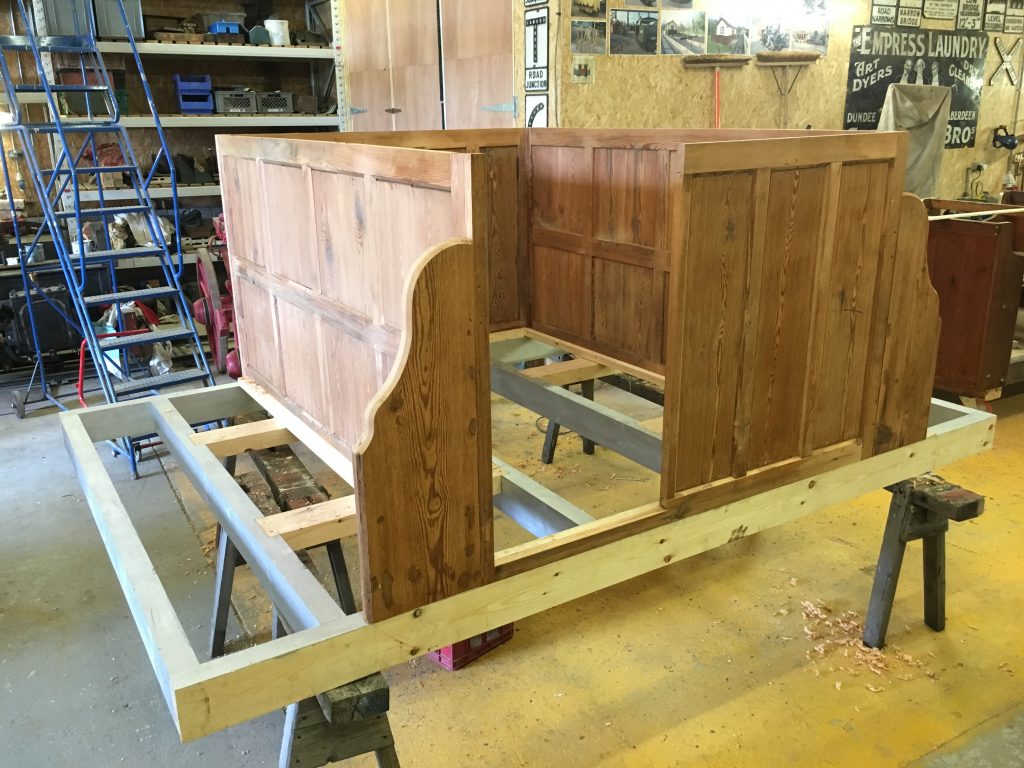 Below: The modified end handrails seen in an earlier post are seen in situ – passengers won’t ride in this section, but it has been included in order to represent the original coaches as closely as possible. 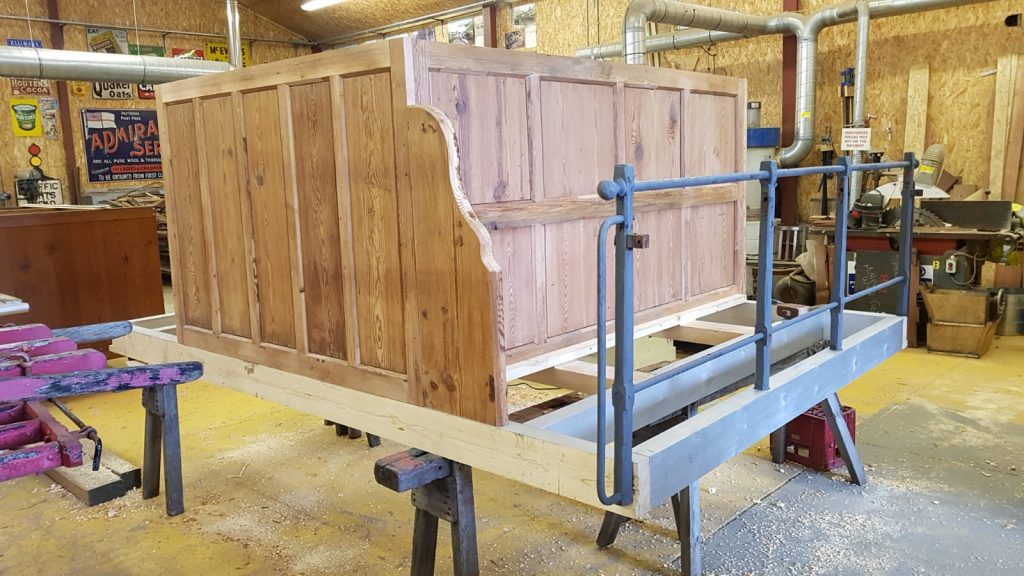 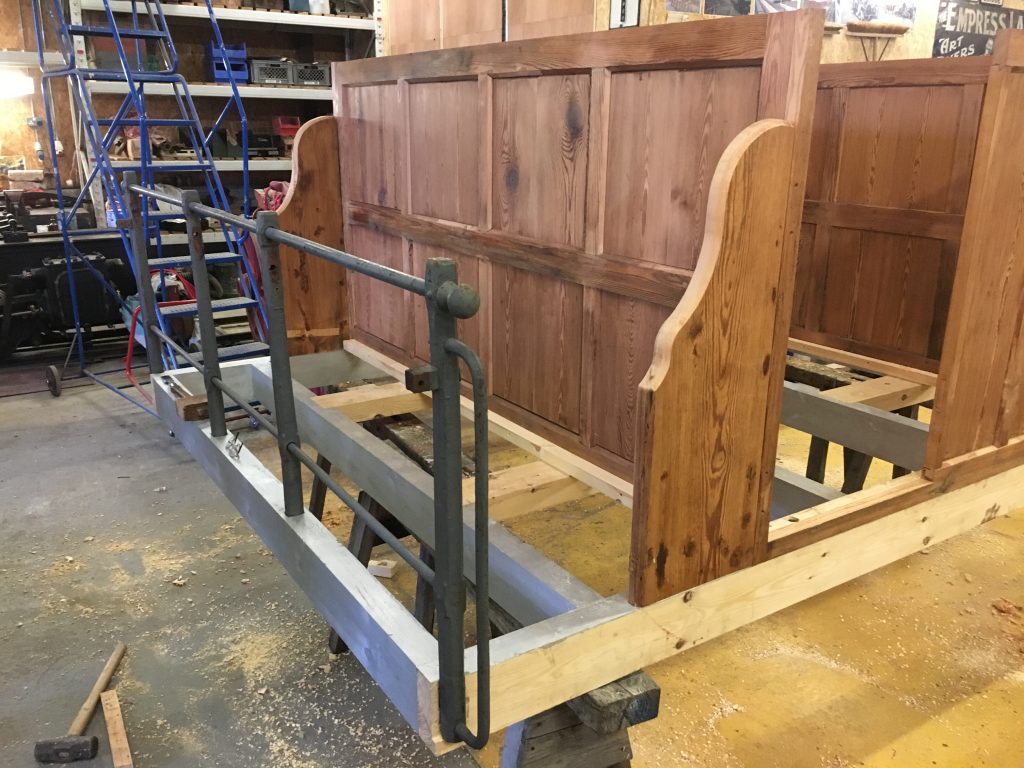