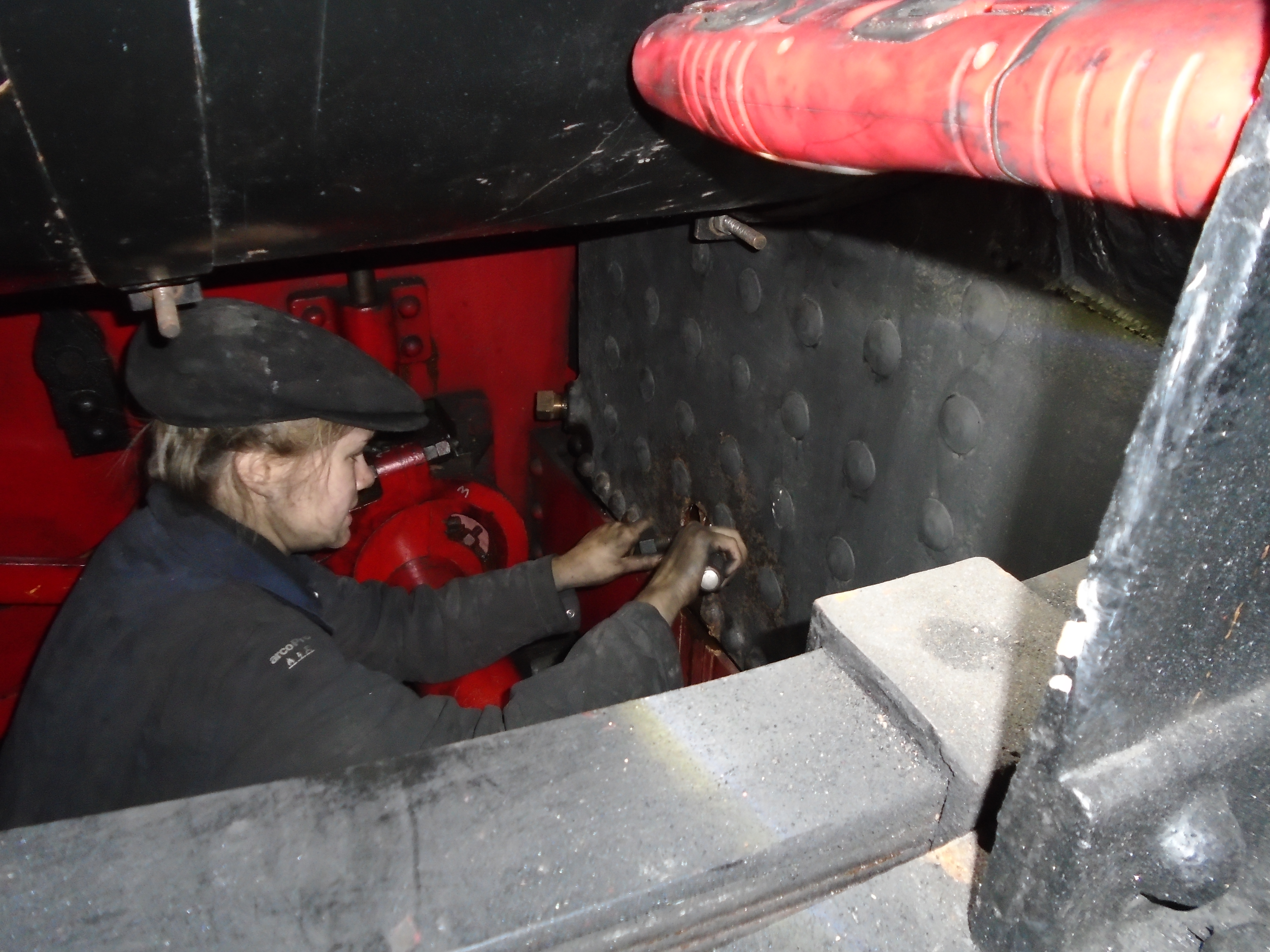 Well, no sooner had I said ‘staff returning from furlough’ the whole picture changed as the UK Government announced further restrictions, which brought about the closure of the museum from the 5th November 2020, initially estimated as being for one month. So furloughs extended and plans revised, we had to quickly act to compress our immediate maintenance plans into three days…

The primary focus was on draining any steam boilers or water systems that retained water within them, as well as opening up steam boilers and washing them out ahead of their next annual examination by the insurance company surveyor (some only having steamed once since he last inspected them!).

The furloughing of staff is fairly universal, and we hope to be reopening as swiftly as we can in December. However, the restoration of Crosville 716 will now be affected, with its debut at Beamish now likely to take place in 2021 as there is some work required from Beamish’s paid staff on the bus whilst it is still at the contractors premises.

Winterisation of the steam fleet (by Matt Ellis, Keeper of Transport)

Matt Ellis now reports on the work carried out over the last few days to ready the steam fleet for winter:

Back in March, we published a post about preparing for the Lockdown. This week, we find ourselves in a similar situation. Having explained in the last post about staff returning from furlough things rapidly changed and once again we have had to prepare the museum for another period of closure and the majority of our staff are back on the furlough scheme.

When we locked down in March, the steam locomotives were left in a state where their return to service would have been relatively straightforward. This was in the hope that they would see operation in the summer months. Unfortunately that wasn’t to be, with only Rambler and Glyder having steamed for one and two days respectively since March. As we prepare for a second period of lockdown, the situation is different. We can’t leave the steam locos ready to go anymore due to the risk of damage by frost.

We have 11 steam boilers in active service on the site, one of them is the modern boiler hidden in the colliery for the winding engine. The remaining 10 all needed some form of work to prepare them for winter. These 10 also come due for their annual boiler exams over the next 3 months.

Anthony, our steam technician would normally spread the work of preparing each engine for exam over a number of weeks. Due to the urgency of the lockdown, we needed to get 10 boilers ready for winter, plus any fittings at risk from frost drained, in three days. As the work can be completed at the same time, most of the work for the annual exams was also aimed for. Anthony, assisted by Don and Zoe have achieved this and are now suitably exhausted. It has however given a good opportunity to give a photographic look at what getting our fleet ready for winter looks like in one go.

Last Saturday also saw some enhanced transport activity on site, with local car owners and the Friends of Beamish involved. Matt Ellis took the following photos from the day: