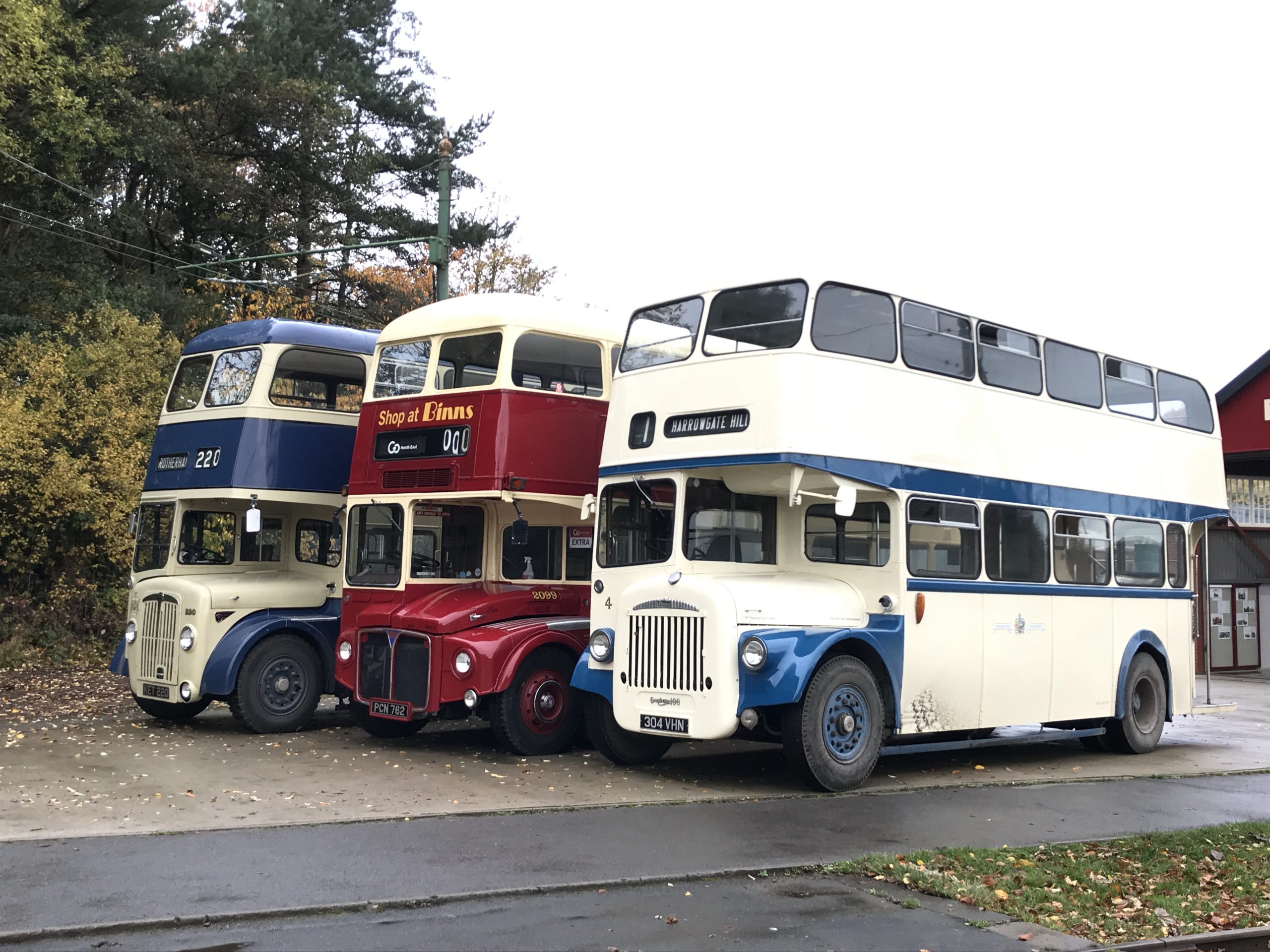 As members of staff return to work from their lengthy furlough, the workshops and technical teams are assessing the engineering and transport systems as we begin to plan for the winter and 2021… Using the Job Subsidy Scheme, most engineering and maintenance staff are returning for three days per week, on a rota to minimise contact with each other and to ensure operational cover across a five day week (the museum now moving onto a five day opening, closed Mondays and Tuesdays).

We have a long list of work for them to look at and the first week will be spent carrying out inductions (online) and settling everyone back into their workspaces. Restrictions on moving around between the eight zones of the museum are also in force, for which some thought is required to enable essential maintenance to be carried out across zones.

This Saturday (tomorrow) there will be some additional transport interest running around the museum, including some vintage and veteran cars and motorcycles, the museum’s steam roller ‘Rambler’ and a visiting Northern General AEC Routemaster, PCN 762. The latter dates from 1962 and is owned by teh North EAst Bus Preservation Trust, though is currently operated by Go North East. Its history can be found here: http://www.nebpt.co.uk/index.asp?pg=31

You can book tickets to visit tomorrow (and any day that we are open!) here: https://beamish.digitickets.co.uk/event-tickets/28879?catID=28378&

Here are some ‘cuttings’ from the team, which I think will be of interest to readers. We start with a look at the electric token system that the tramway utilises on Pockerley Bank to ensure that only one tram can enter this steeply graded and curved section of line.

I don’t think these have appeared on the blog since Peter Barlow from the Beamish Tramway Group built them. These are the new power units for the token instruments which were built to replace the old box of electronics and external battery.

The old units expired, we think, due to the high temperatures experienced in the token cabinets themselves at some point during 2019. One of the charging units then started to fail regularly in the colder weather as winter approached.

Peter took the opportunity to update the battery and charging system and to contain them in a neat unit within each cabinet. One was built and then bench tested prior to being installed. A second was then built for the other token cabinet before both were installed.

In March, as the museum was mothballed ahead of lockdown and after the final tram had passed up Pockerley Bank bearing a token, the chargers were turned off and the batteries disconnected to protect them in dormancy.

As part of the recommissioning, the batteries have been reconnected and the charging unit switched back on.

Whilst this is plenty to test the function of the instruments, they are now being left to fully charge over the weekend. Testing will take place next week when Matt plus one other to help, will carry out a sequence of test on the instruments (two are needed so that one person does not have to keep walking or driving up and down the bank!). Tests for ‘wrong side’ failures will also be carried out – primarily to ensure that a token cannot be withdrawn from either machine when one is already out.