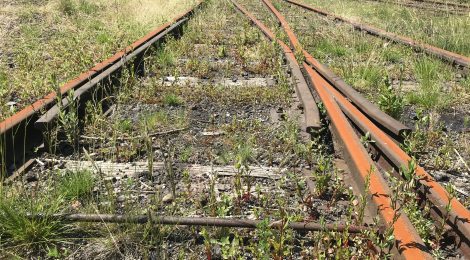 Any review of 2020 is inevitably going to be dominated by a single subject, Cornavirus. In the interests of offering a change in diet for readers, I am going to avoid referring to this as far as possible, and instead reflect on what we did achieve during 2020, under trying and difficult conditions. Whilst at the time of writing the Review of 2019 (http://beamishtransportonline.co.uk/2019/12/beamish-transport-online-review-of-2019/) none of us could have forecast the impact upon the World of the pandemic, and in particular on museums and heritage sites such as ours, it is worth looking at back at what my predictions for 2020 were, for interest if nothing else!

So firstly, it seems appropriate to look at the projects and work I thought would see progress and even completion in 2020:

Puffing Billy – the repairs and modifications were completed and the locomotive saw some service in 2020 prior to the national lockdown taking effect. The brake mechanism modifications have been successful.

Tramway infrastructure – work was underway to complete the checkrail re-spacing to provide a more uniform gap through the checkrailed sections of route, following introduction of revised standards to the permanent way (PW). Work was due to start on re-sleepering between Pockerely and the Town, with the materials procured. This work will now take place in 2021.

Narrow Gauge projects – Samson’s adaptations are described elsewhere in this post, similarly work on KS 721. The track was due to receive attention, to introduce a new turnout into the system to ease a number of curves and provide a new siding, one that will eventually be covered over for additional undercover storage.

Great North Steam Fair 2020 – so much work that went unrewarded! We had a terrific event lined up, featuring heavy haulage and one or two surprises that we won’t be able to repeat. The event was closest to the lockdown and for a little while it was first doubtful, then known to be impossible. The GNSF will probably make a return in 2022, all being well.

Fiftieth Anniversary celebrations – these were put on-hold until 2021 – we are fortunate in that there are a number of years ahead where we can look back fifty years, so will review the programme in due course.

Crosville 716 (Leyland Cub bus) – this project progressed well and is reported elsewhere in this post.

Dunrobin – the restoration of the locomotive has been paused until further notice.

Gateshead Tram 10’s reconstruction – no progress was made on the project prior to the 2020 lockdowns, though it will be one of the engineering team priorities once workshops are reopened in 2021.

Dodge bus and Ford Model T Ton Truck – both projects on hold pending reopening of the workshops for volunteers.

Savage Steam Gallopers – completed, tested then mothballed – such has been the nature of 2020!

So, perhaps after that rather truncated programme, what did we manage to do in 2020?! It was the year of the bus for Beamish, with the versatility of buses being used to maximum effect, supported by the new bus depot which enabled us to operate an effective service at minimal cost. Here is a month by month review, with those months that are missing revealing the periods that we were closed or when projects were unable to progress.

Inevitably the tramcar mileages for 2020 are lower – in fact, they are about a tenth of their normal totals. For the record, here they are, noting that Newcastle 114’s overhaul meant that it did not operate at all in this period, whilst Gateshead 10’s reconstruction means that this tramcar remains out of service for what will probably be one of its longest lengths of inactivity, certainly whilst at Beamish.

I shall refrain from too many predictions for 2021. The museum has a number of horizons to plan for – firstly what we do in the next three months to survive the winter, then what we do to reopen in the spring, in whatever form that can take. We then have the medium and longer term horizons, taking us through to the end of 2021 and then beyond that, to make up the ground lost in 2020.

I conservatively estimate that we have probably been set back between three and five years in terms of maintenance and planned projects. The loss of nearly a year is a considerable set back (but the maintenance burden continued to grow), we have had a hugely depleted financial pot to draw upon for even essential work and this will take time to replenish to enable other works to re-start or commence.

The completion of Crosville 716 is imminent and I would hope to have it in service by Easter or thereabouts. I would also hope to see the Tramway and Waggonway return to operation in the first half of the year. These very much depend on the return of the maintenance and engineering staff from furlough, but we must make the best of every opportunity to safeguard the future of Beamish and so restrain ourselves from as much financial outlay as possible before we are in a position to start earning once again.

716’s completion will put the bus fleet in a stable position, with each vehicle type being duplicated, so that we have a spare for service. The B-Type requires reassembly of the gearbox/clutch, but is otherwise fairly sound. The D-Type did very little work in 2020, with the brunt of the work being placed on Darlington 4 and Rotherham 220 (the two big Daimlers). These acquitted themselves very well to the circular operation, even with the social distancing measures in force.

The tramway requires inspection and maintenance, and there is a stockpile of material to enable spot re-sleepering on the section of line between Pockerley and the Town. The trams themselves have been dormant for many months and all will require the most comprehensive inspection – our D exam – before operation. Newcastle 114’s motors are to re-fit before it is also D examed.

The reconstruction of Gateshead tram 10 is a priority – we have many of the components we need and a considerable amount of work has been completed (at not inconsiderable cost) so the completion of this tram is important to safeguard the operating fleet. It will probably be another year before 10 is complete, and then it will require repainting, so don’t expect to see it running before 2022, but I would hope we will be making substantial progress towards this by the summer fo 2021.

Gateshead 10’s programme means that we will concentrate on overhauling one tramcar at a time. Oporto 196 is next in line, and it will see limited use until its own overhaul is completed. It was due to make a final working appearance at the GNSF in April, but the lockdown has at least bought it another year as a nominally operational tramcar. It will require work to the body as well as a mechanical/electrical overhaul. I anticipate it retaining the popular South Shields livery upon completion.

The Waggonway is in a relatively healthy position, with the work completed on Puffing Billy before the closure in March. We are down one coach, which was moved for overhaul in the workshops last winter and will need prioritising over the coming months. We may still be faced with social distancing for some time to come, and the extra three compartments of the semi-open coach will be very useful within the train formation.

Steam Elephant is in the workshop ready for its mechanical overhaul to begin. We will probably hold off an immediate start on this, as Gateshead 10 is going to be a priority as we utilise parts and materials already in stock for this project. This is all part of making the best use of our own labour and minimising any financial outlay in the early period of reopening.

Our apprentice Zoe will continue her project, the overhaul of Kerr Stuart 721 (the narrow gauge ex Dundee Gas Works locomotive), subject to the boiler inspection by BES indicating that repairs are within our means.

Trolleybuses will feature in my work stream for 2021 as, in collaboration with the Beamish Tramway Group, we move this element of the Remaking Beamish project forwards. There is much to design and a lot to plan, but a two-phased approach is currently anticipated following a review of the earlier scheme. Initially I anticipate an Entrance to 1950s town (Front Street) service, with a turning head to be created at the Entrance. If the latter is too expensive (it would be a substantial piece of civil engineering) then it may be more cost effective to include the second phase of work in the scheme, to create a full circuit of the museum site. All of this is now in hand, and detailed design work should restart in the spring.

Once we are able to safely open the workshops again, and expand the number of people working within them, the Friends of Beamish projects should be able to progress. These include the horse tram, Dodge bus and Model T Ton Truck. I would expect the latter to be well advanced during 2021, whilst the other two have some years ahead of them before completion. The Friends carry out numerous other jobs and repairs for the museum and it will be very good to see these volunteers back and bringing extra life to the workshops once again.

As for the blog itself, I felt it was important to maintain content throughout the year, despite the obvious shortage of material. A rough count showed there were something like 30+ articles produced after the March closure, and I am very grateful to those who assisted with some additional featured to enable me to keep the updates going. In particular, Ian Bean (one of the directors of the Friends of Beamish) supplied his fascinating and comprehensive four-part work on the museum’s cycle collection, something that has little featured on the blog or anywhere else for that matter, and and therefore an important piece of work for Beamish’s own archive.

In 2021 we will celebrate the 150th anniversary of one of our steam locomotives – Coffee Pot No.1. I will obviously cover this in more detail in due course, but we will make something of this as the locomotive is in working order and can celebrate the occasion in style – one of the oldest working locomotives (and most complete) in the World…

2021 will see the blog continue in the same vein, though in the spring I hope to be reporting on the further reopening and reawakening of the museum’s transport exhibits and, later in 2021, further progress on some of the projects that are currently on hold.