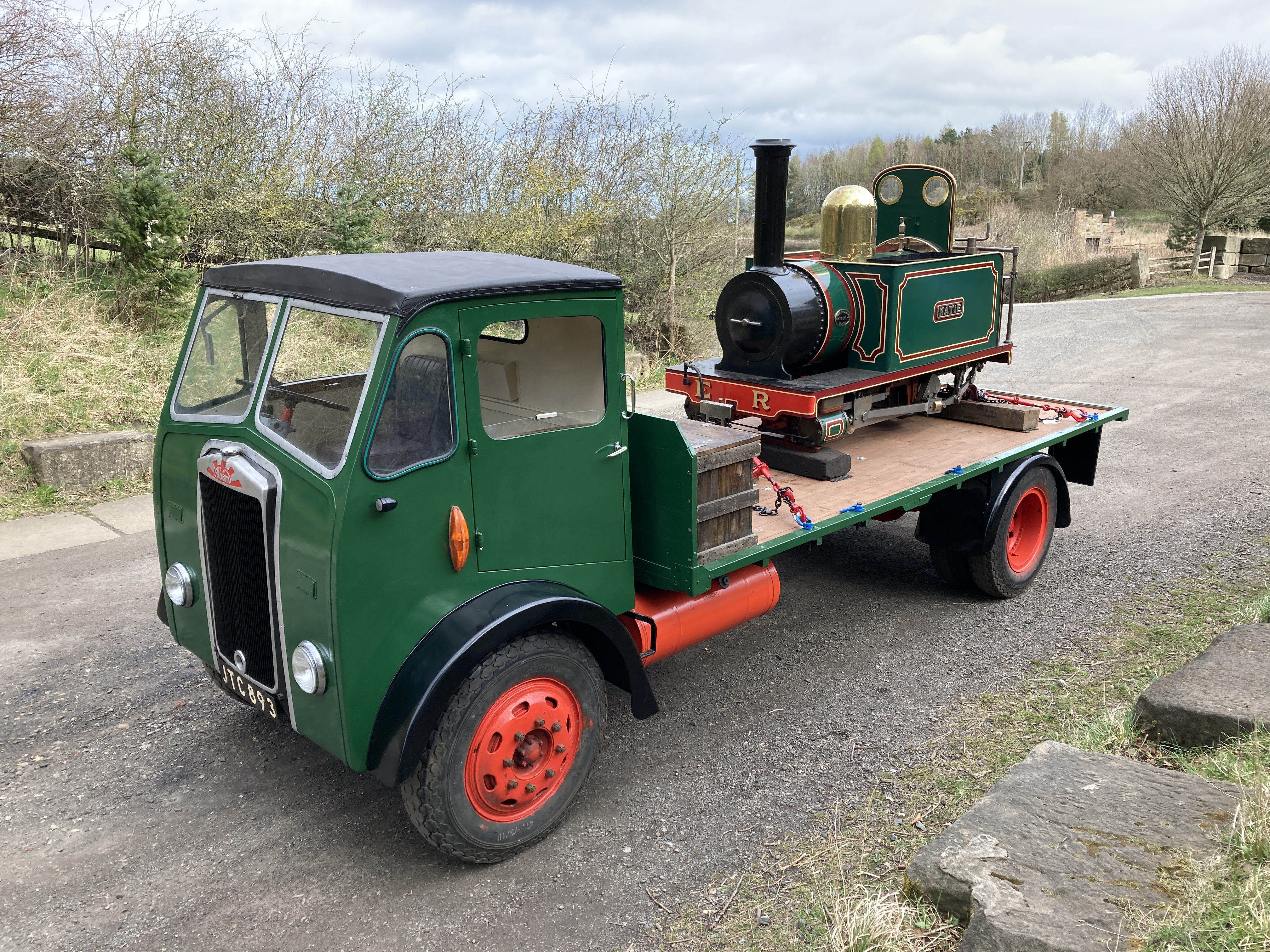 This week is, as would be expected, all about preparing for the Beamish Steam Gala this coming weekend.  The first exhibits arrived on Monday, with Providence (the Fowler traction engine) and Ravenglass locomotives arriving and being positioned in their ‘display array’ for the weekend.

Below: Just to make the week busier, work started on relaying the Pit Village street on Monday, with the first day’s work being the planing and preparation work, and the laying following on Tuesday.  The first view shows the street after planing to the correct depth to allow the new surface to be laid. 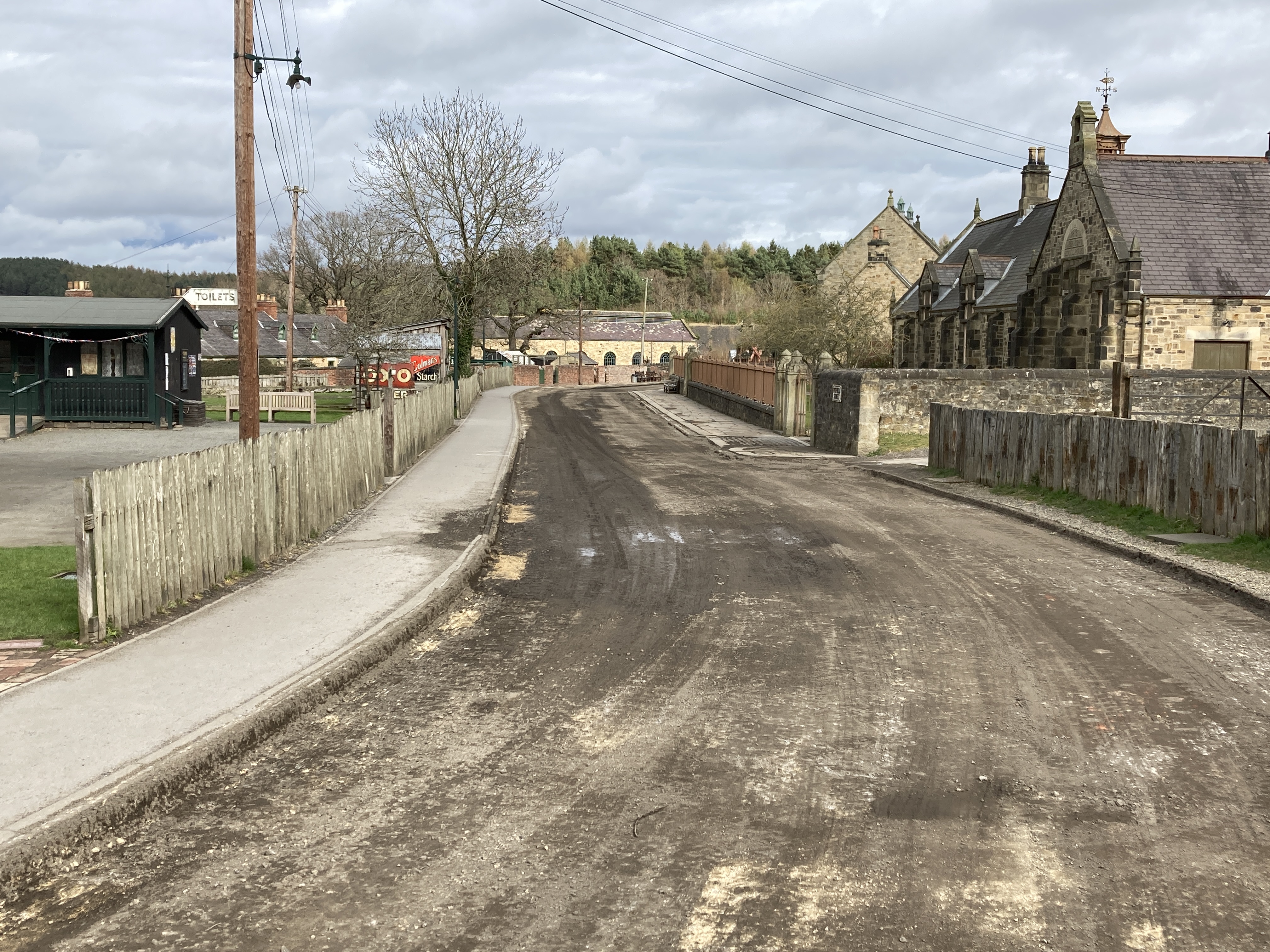 Below: The arisings from the above work – a useful quarry of material for other work around the site. 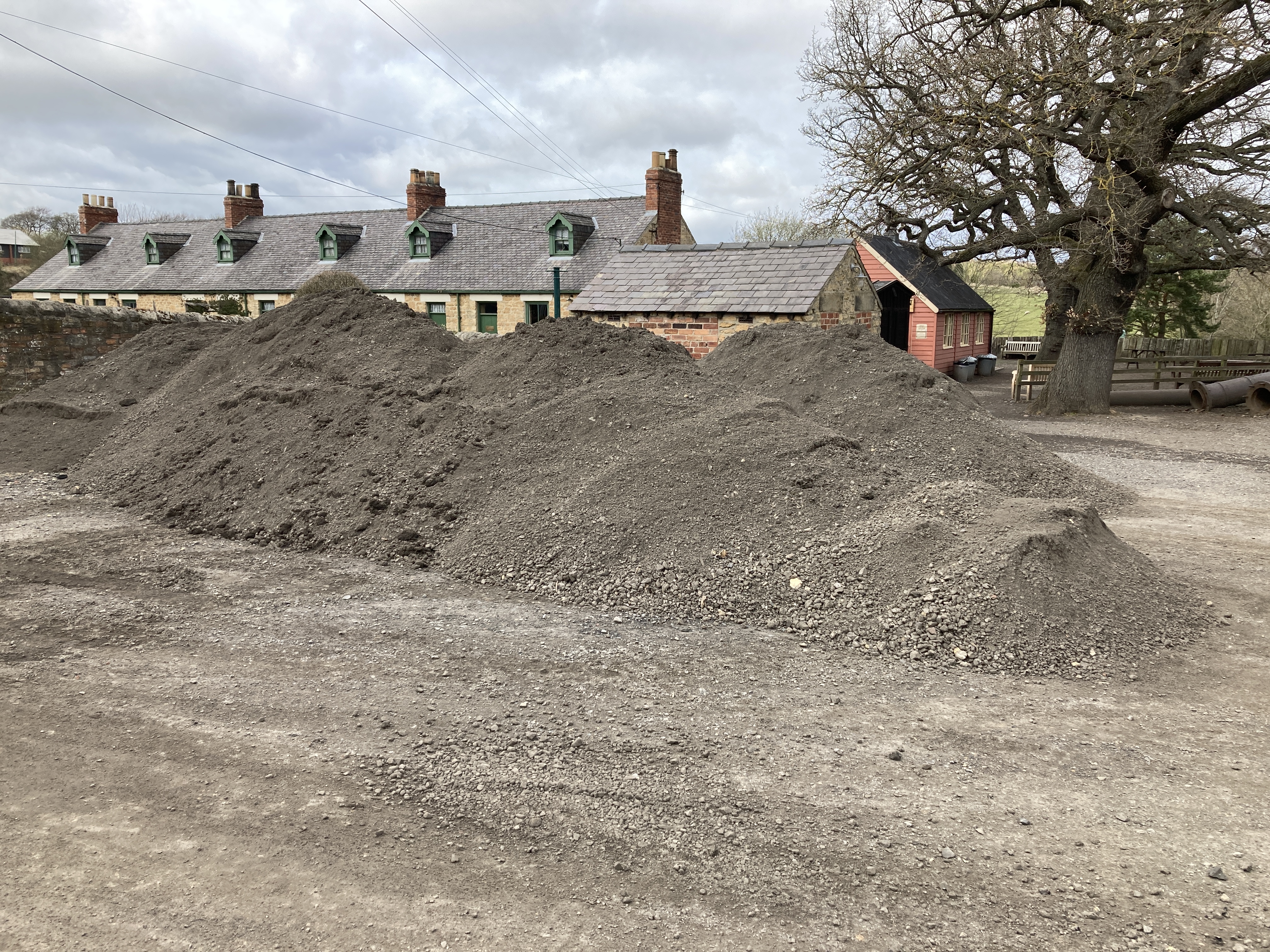 Below: On Tuesday work started on laying the bound surface, using machinery familiar to all who have seen roadworks on the public road. 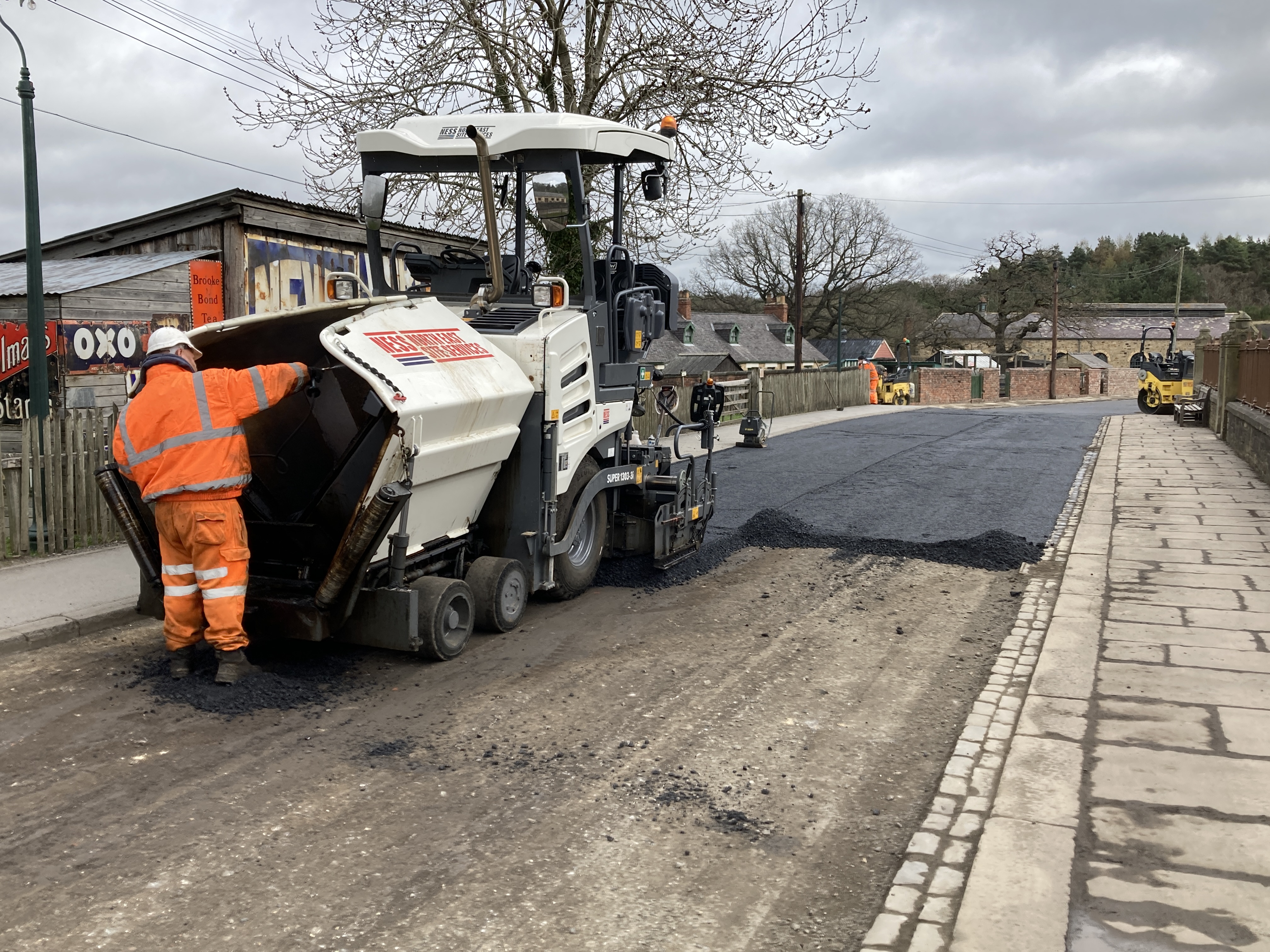 Below: The finished road, before a dust was applied and rolled in to remove the ‘newness’ and Tarmac appearance. 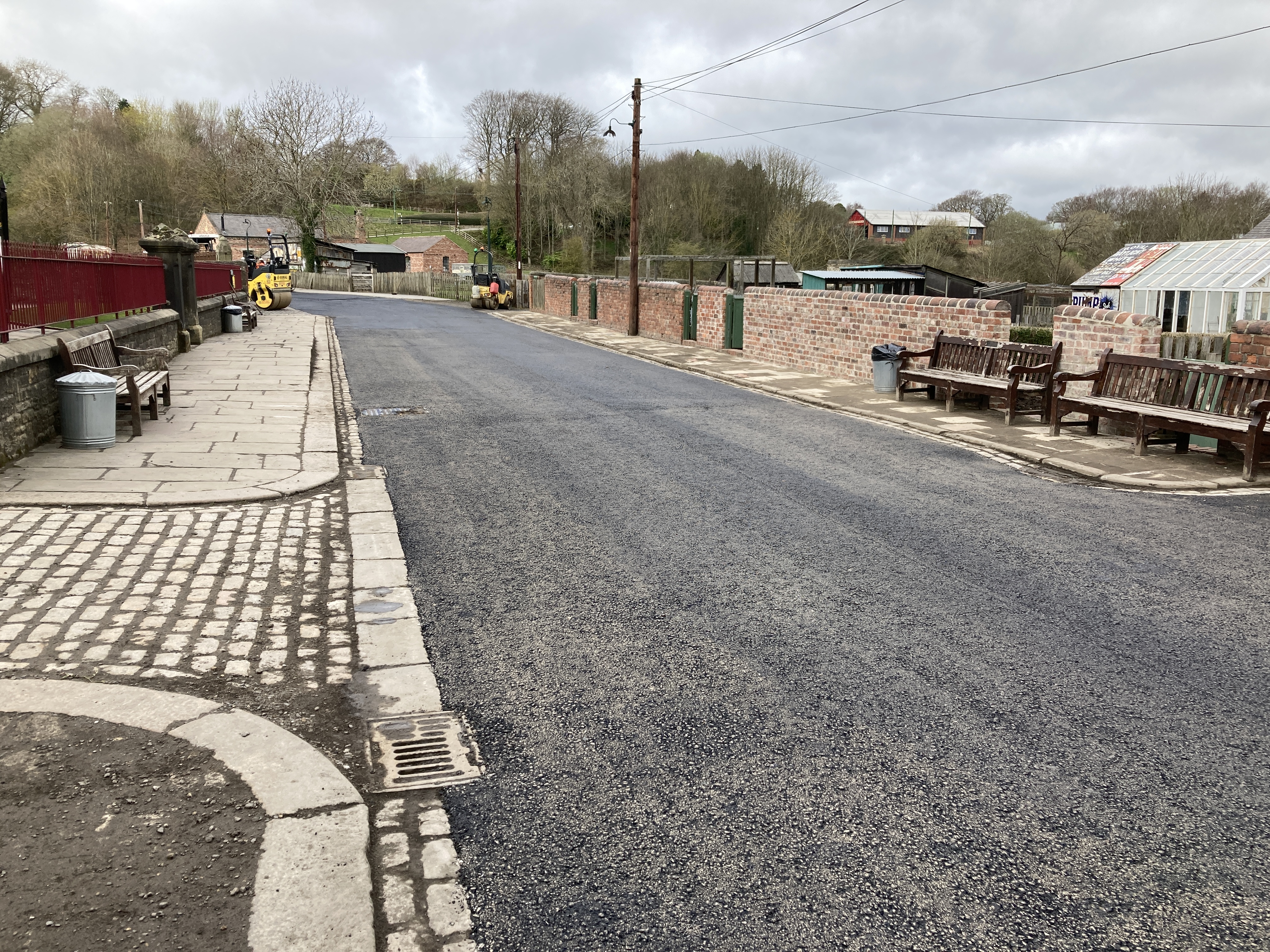 Below: With dusting applied, the road looks much less ‘new’ and the dust will continue to bed in as traffic (the Colliery bus service primarily) passes over it.  For the first time we have a surface which should be resistant to puddling, and which will enable the drains to do their job.  It should be an altogether better surface to walk on, and it also allows reinstatement of the bus service to this area after a long absence. 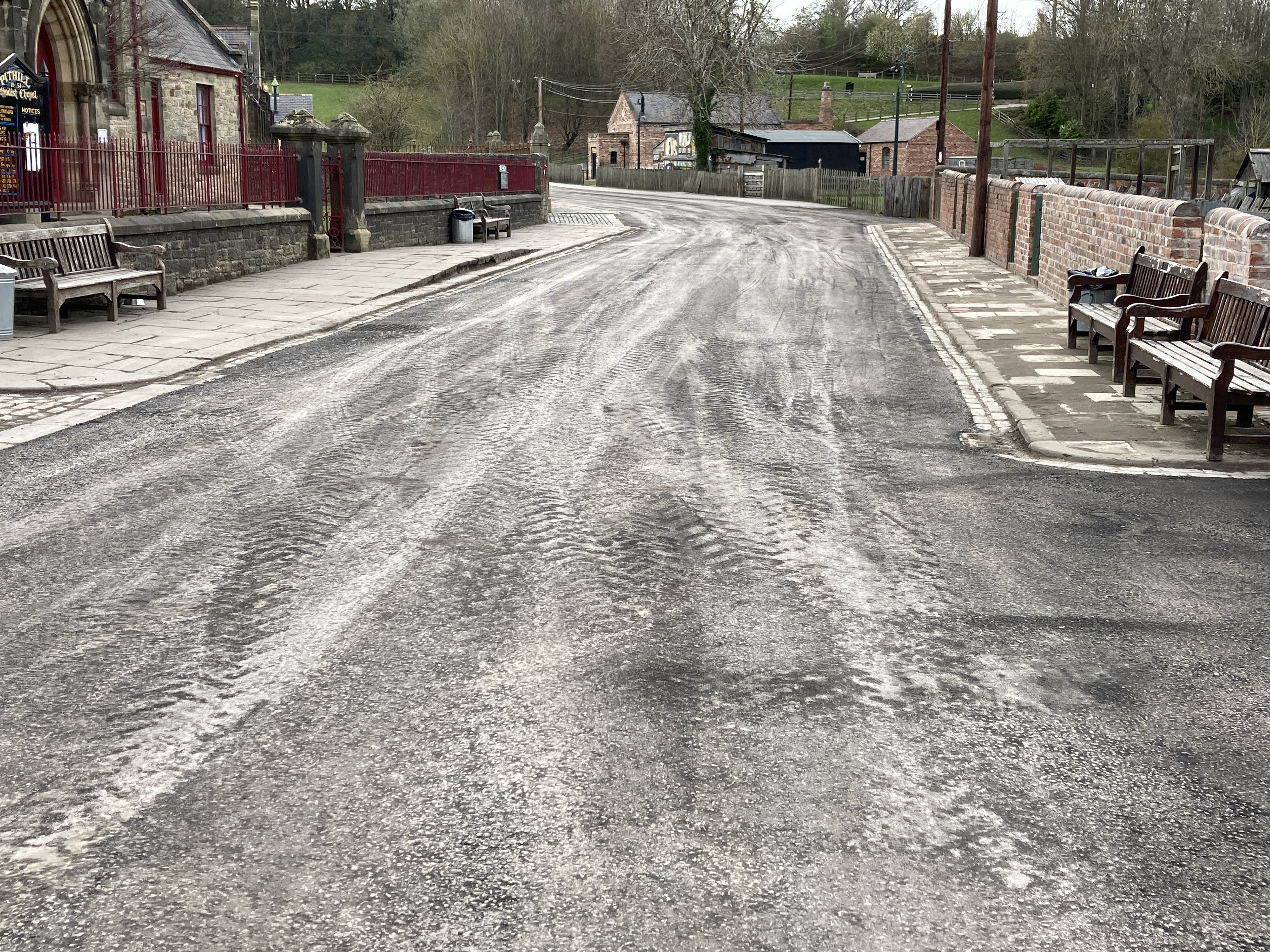 Below: So to the event preparations – here is Katie aboard the Albion lorry, with its reinforced deck and bespoke anchor points to allow the locomotive (and other loads) to be safely secured. 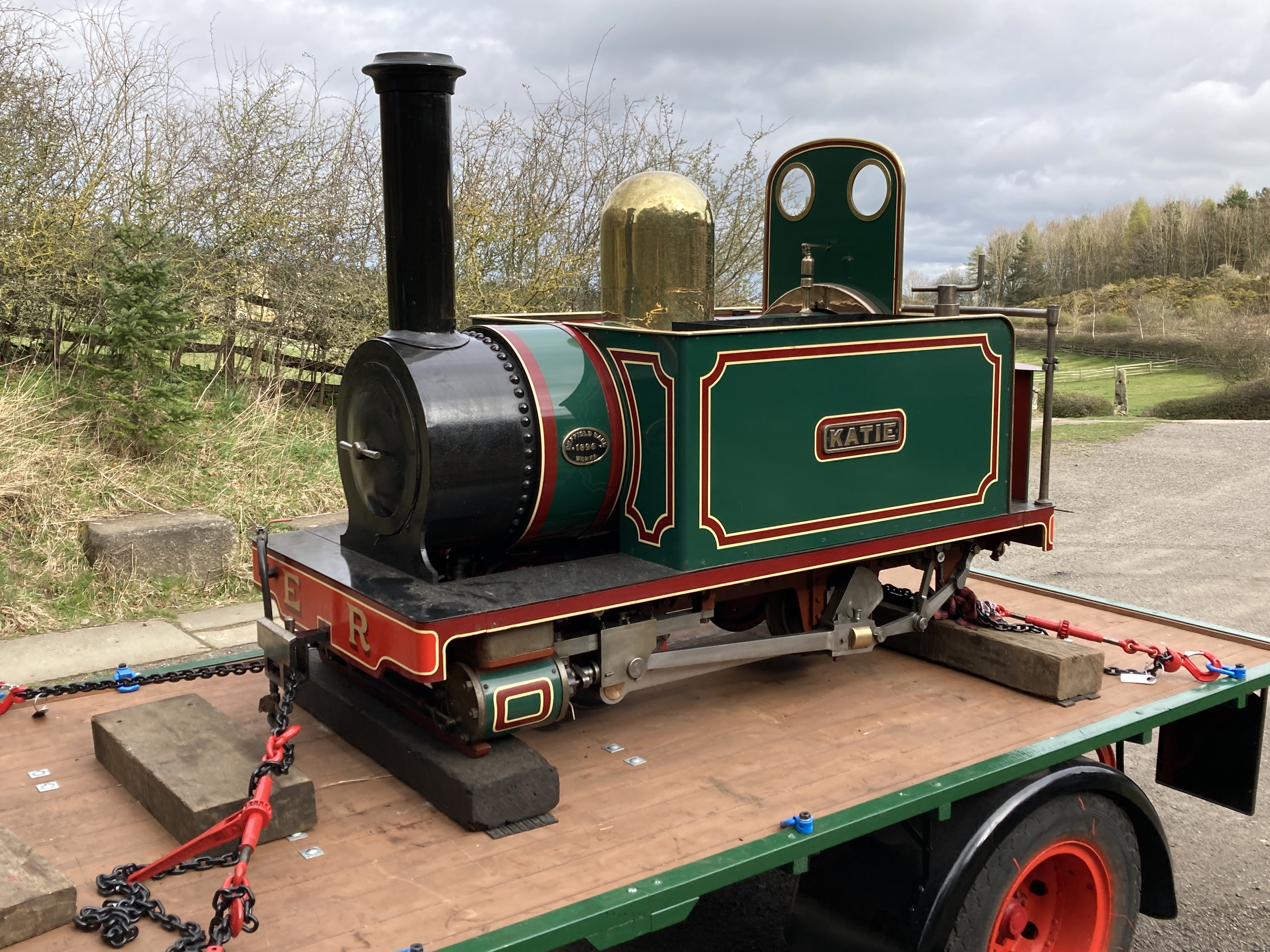 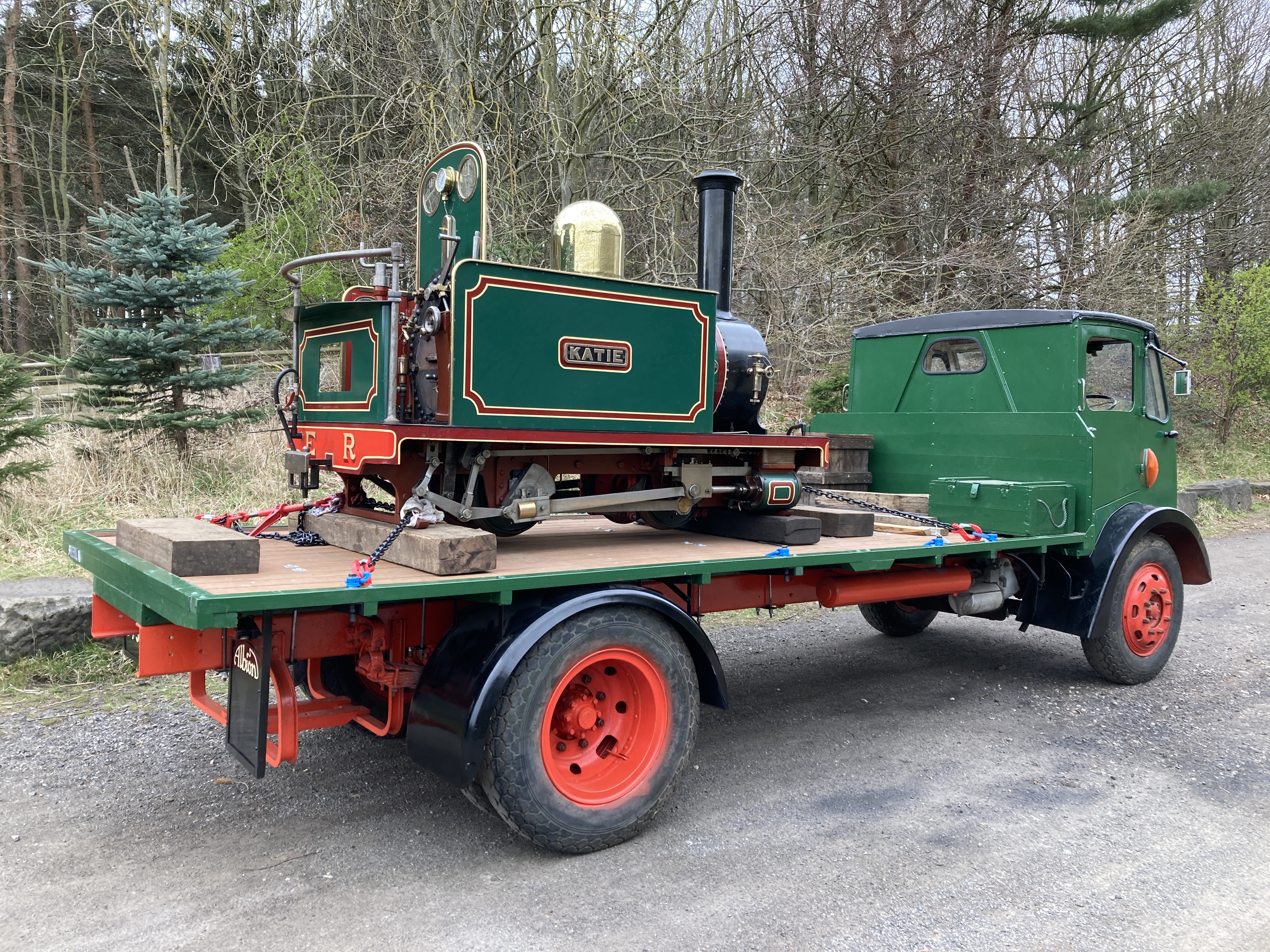 Below: Meanwhile Whillan Beck is unloaded directly onto the trailer for haulage behind Providence, which had steamed to Beamish earlier in the day. 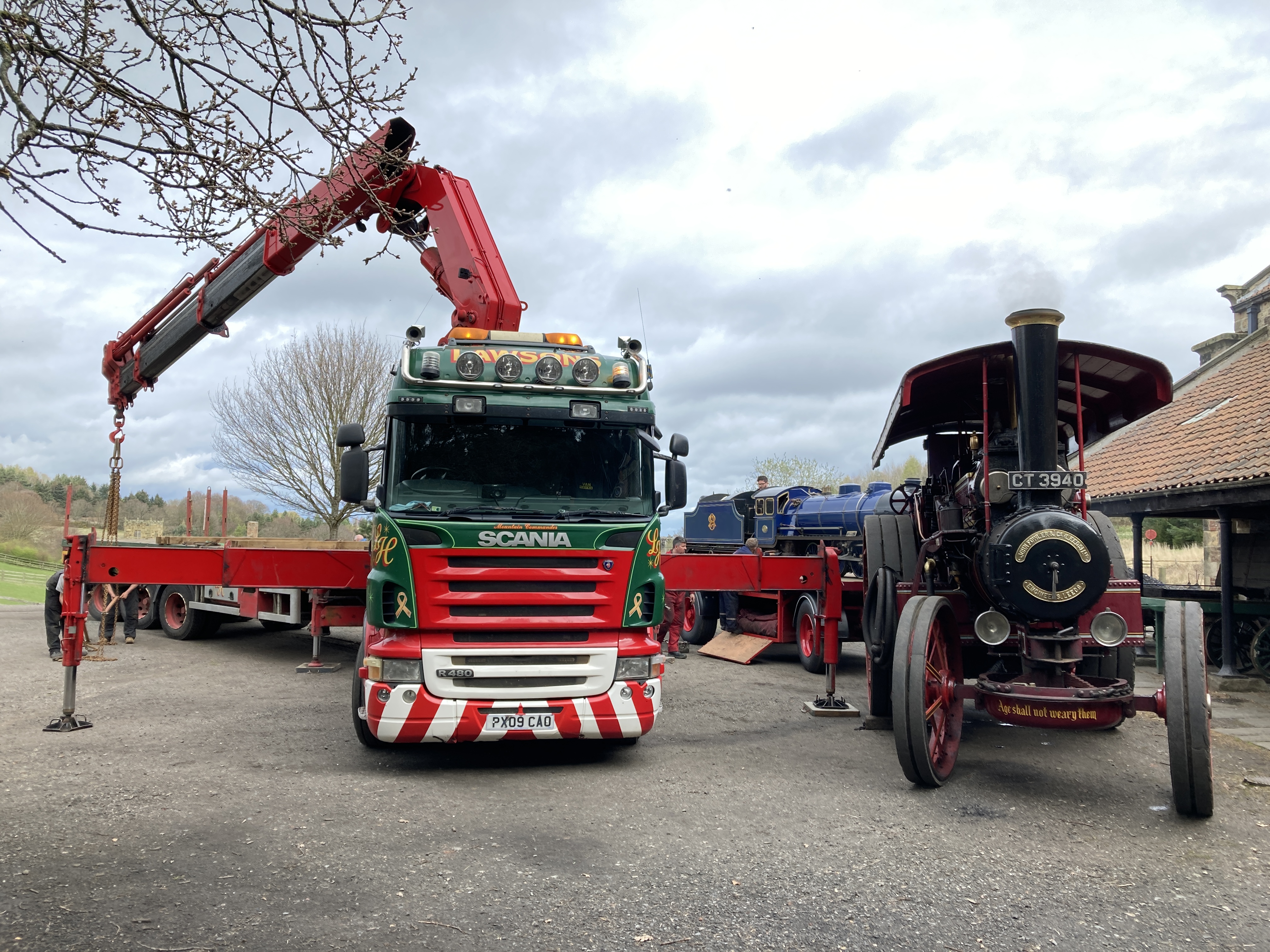 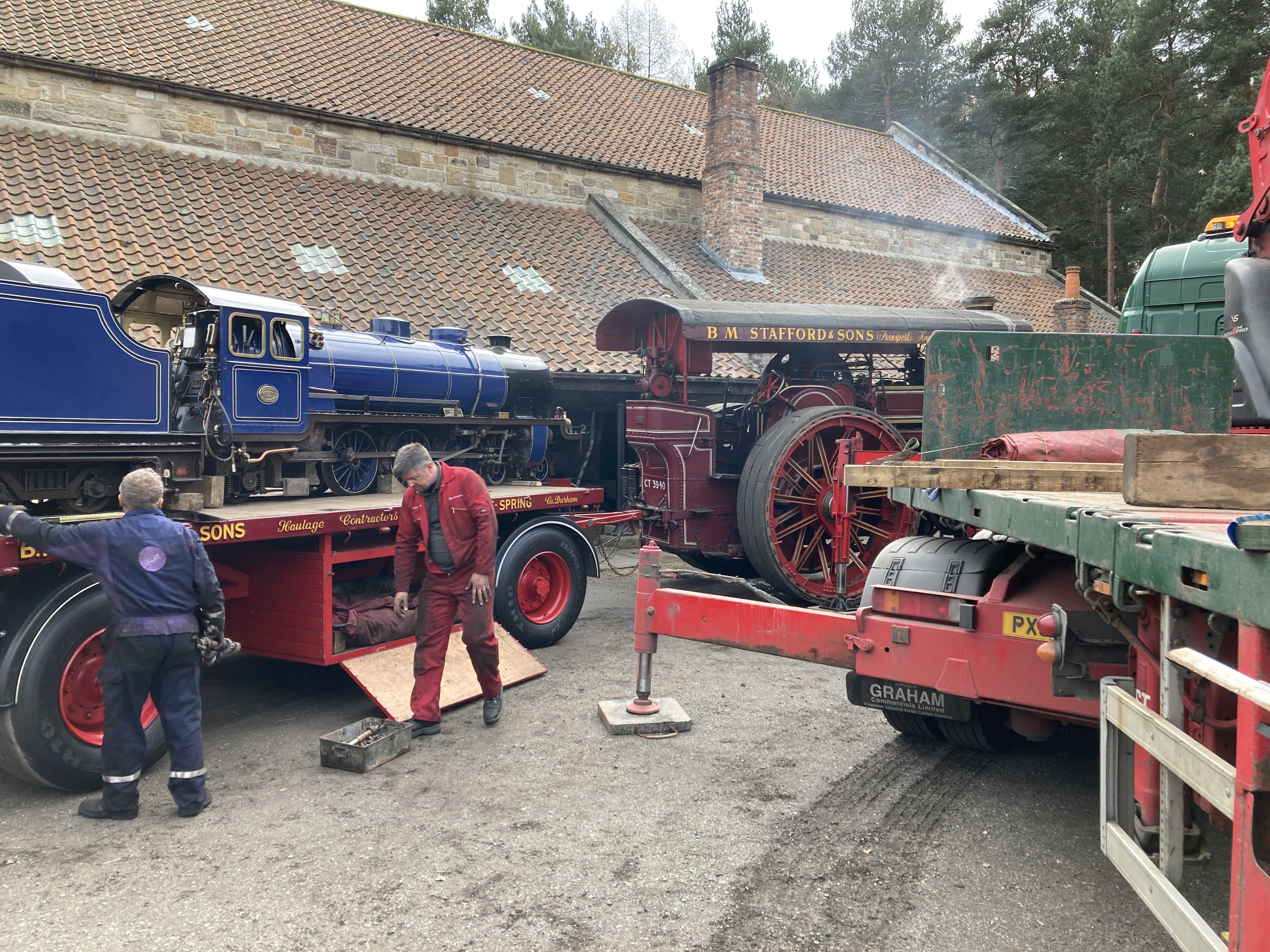 Below: I didn’t witness Russ’ face when Katie became the first railway steam locomotive to visit the bus depot! 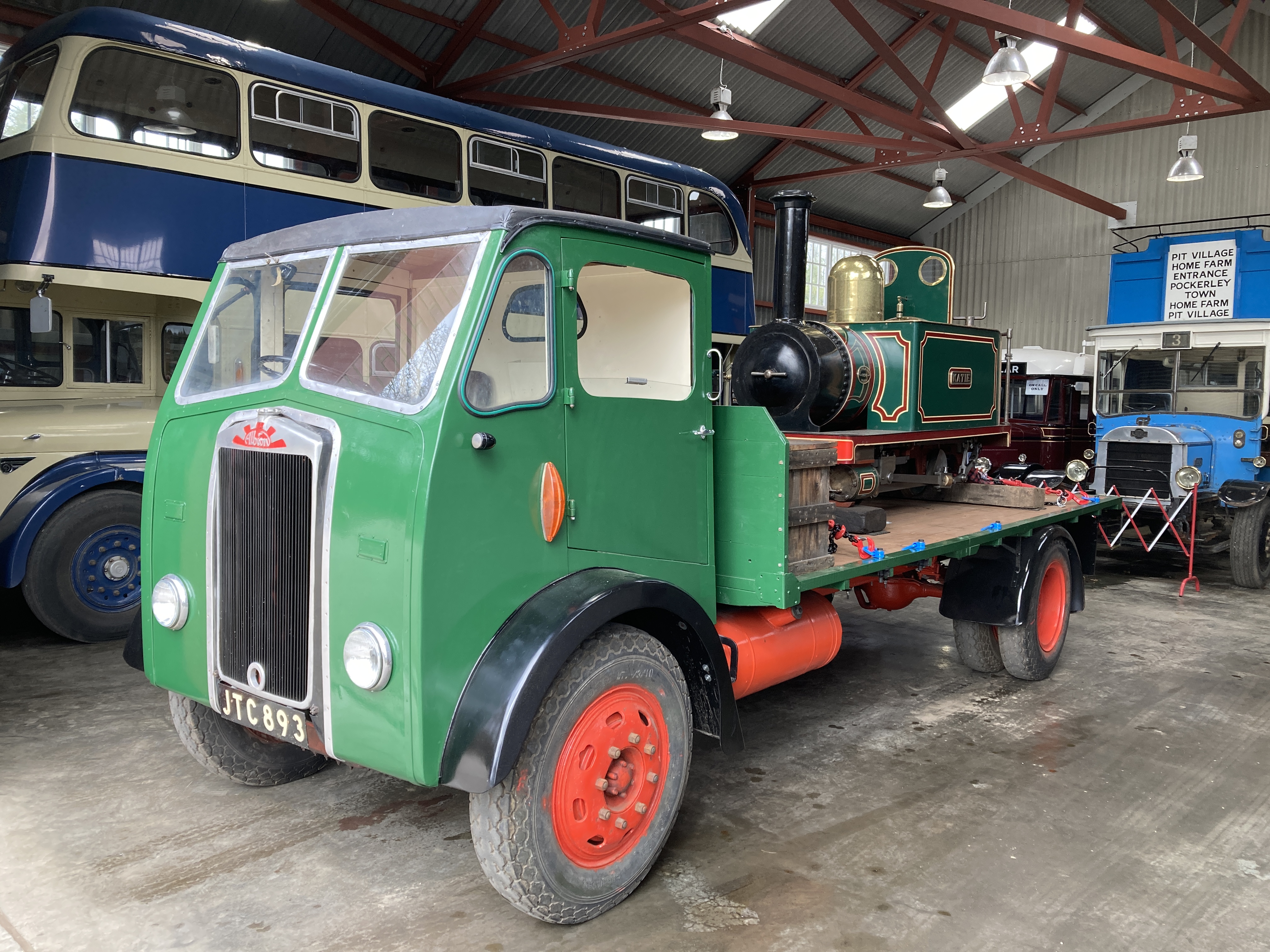 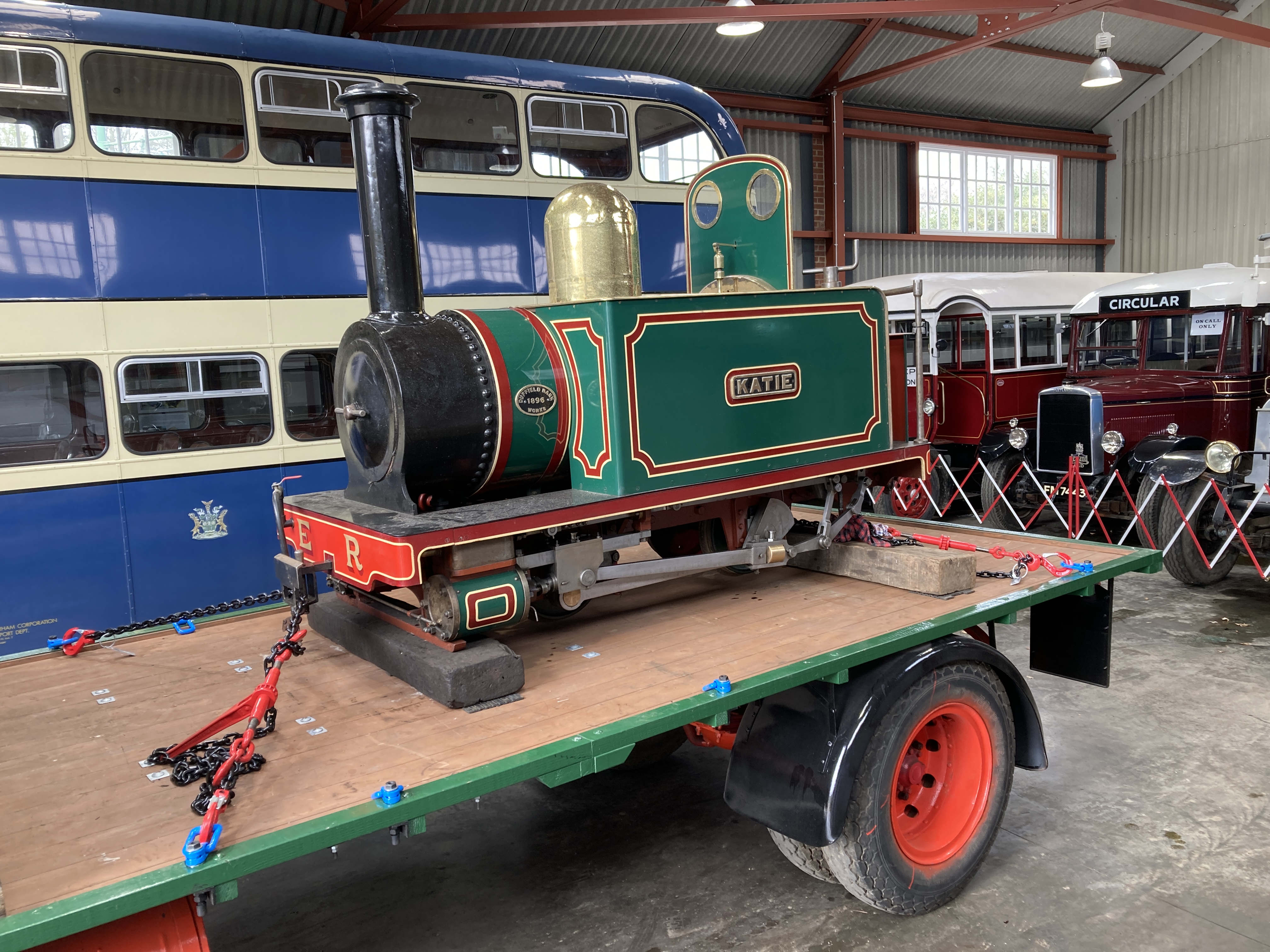 Once the two locomotives were safely loaded aboard their transport and secured, they visited the Edwardian town for some publicity photographs to be taken. 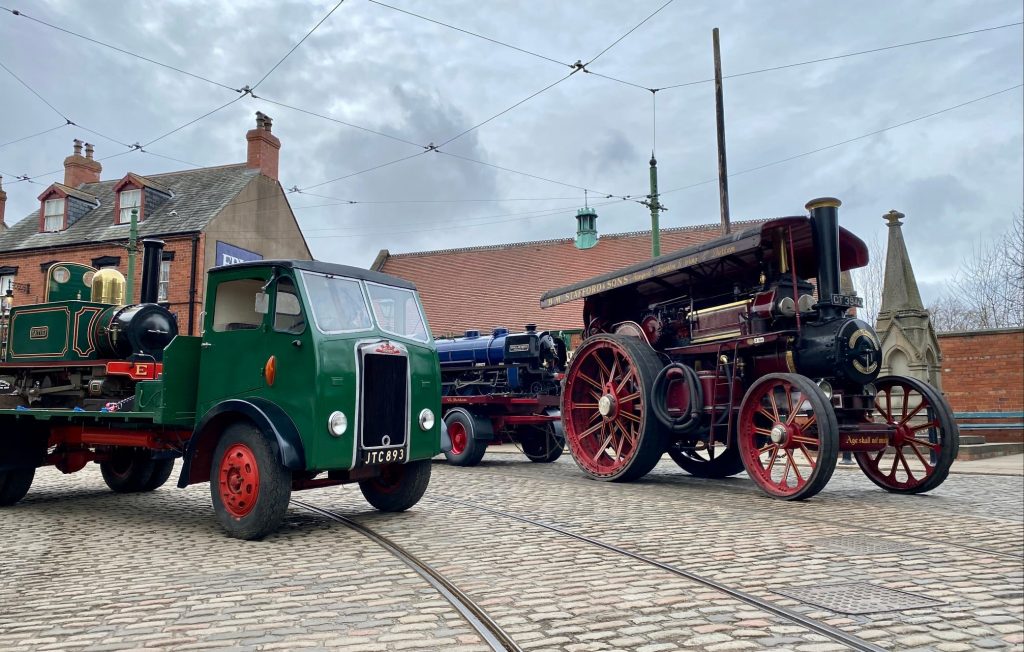 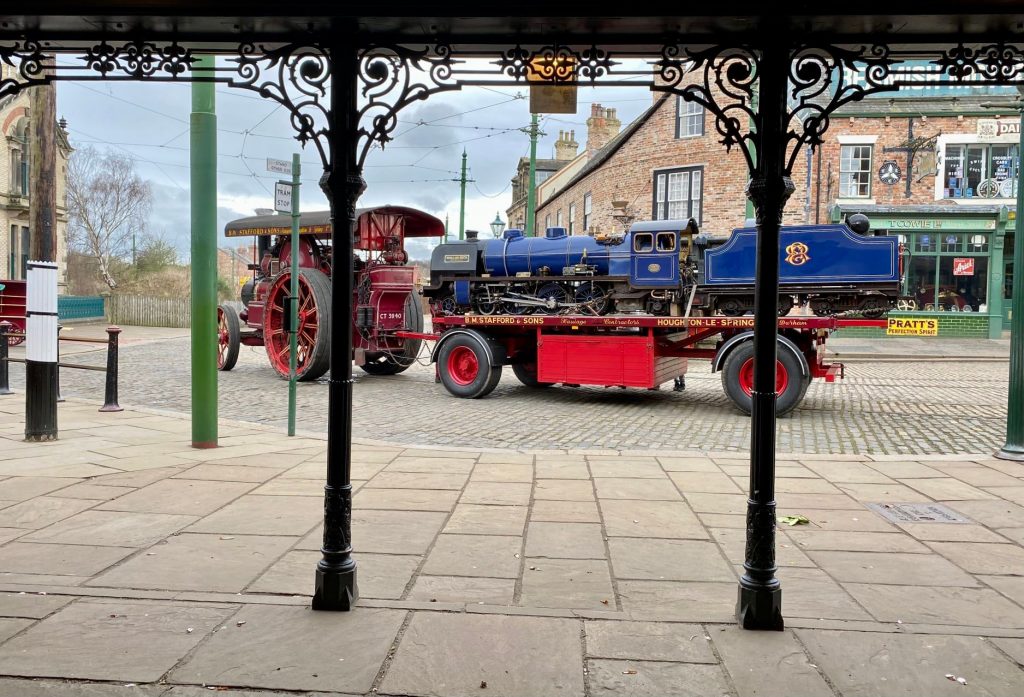 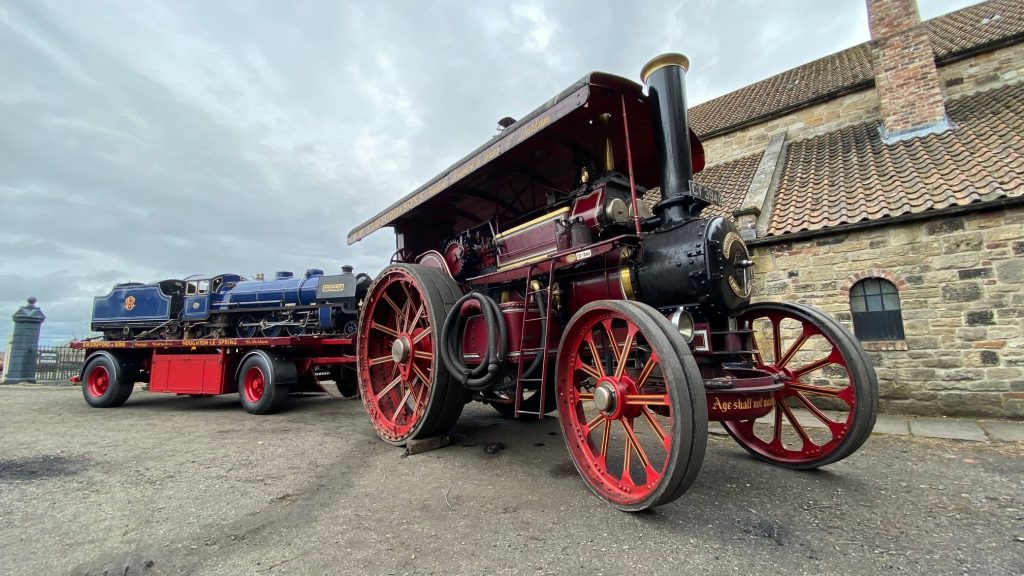 Below: It is very nice to be able to use vehicles for something akin to their original commercial purpose.  I remember Bob Jerry’s words when he gifted the museum his Morris Commercial, stating that it really wasn’t right for it not to ‘have a load on its back’.  Incidentally, the next Beamish magazine features an article on the Morris and Bob’s long family association with it.

Today we carried out event prep, gathered materials, disposed of others and generally traversed the site on errands and carrying equipment.  During a pit-stop in the Pit yard, we posed the Leyland Cub and Austin K8 together in the sunshine, both earning their living in the museum collection as well as being something for visitors to enjoy watching in action.  It is easy to forget, as we carry out these activities, that what can be quite ‘everyday’ to us is actually rather special to others, so it is always worth taking a moment to reflect on what being an open air museum means and what we are here for.  Also in action at various times today were Sheffield 264, Sunderland 16, Oporto 196, Rotherham 220, Darlington 4, Crosville 716 and the Morris Commercial.  Not bad for a regular sort of a Wednesday before the full-season opening this weekend! 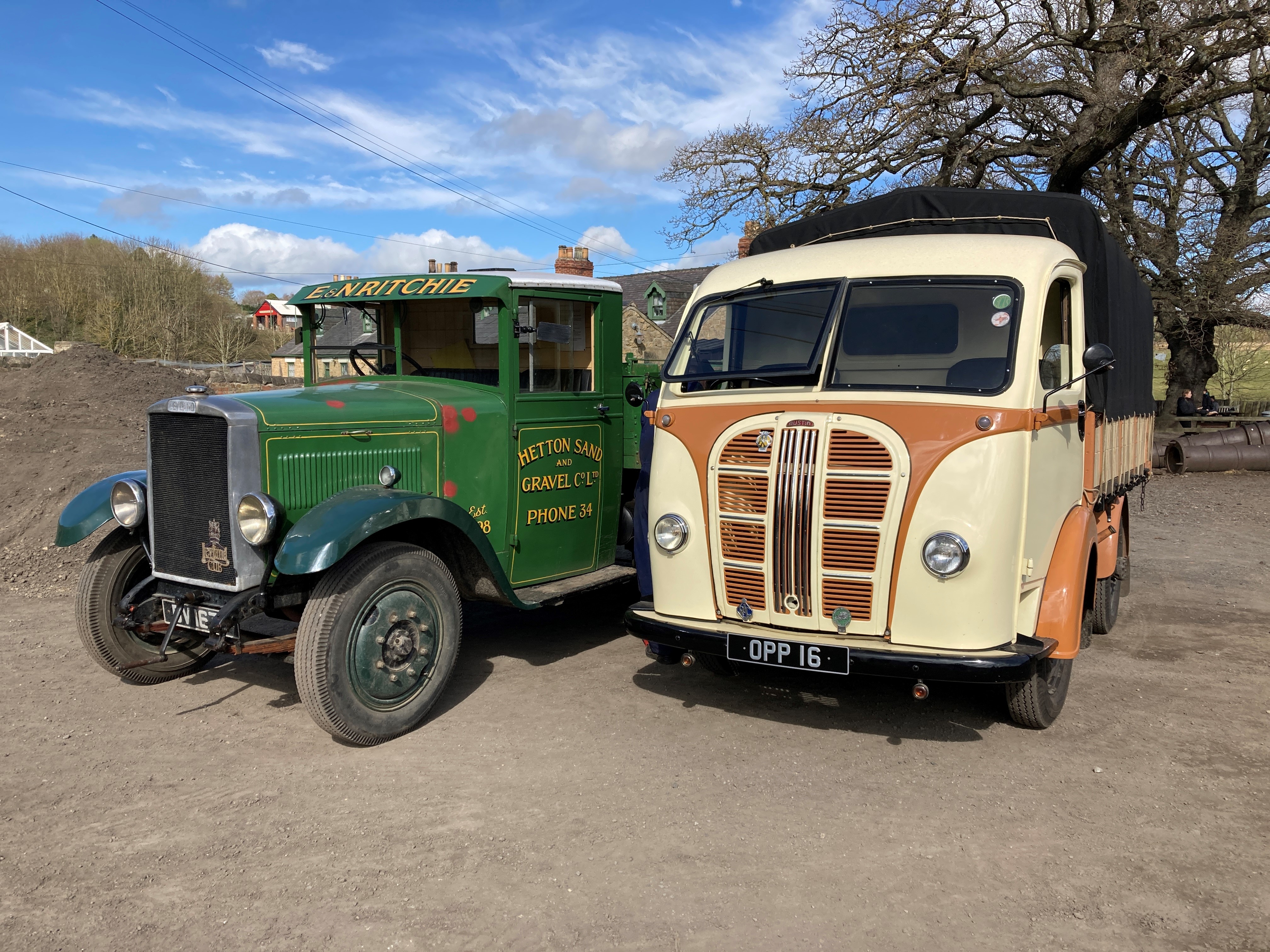 And the last word is simply, coal…

We are likely to get some comments/feedback from visitors about how much smoke traction engines and locomotives are making, really from this point forwards.  This is because we can no longer obtain, as its no longer available for sale as lump coal, our preferred Welsh Steam coal (which is virtually smokeless) and which we have burnt for around 10 years.

We need lump coal of a suitable size for locomotive use, and unfortunately this is becoming a very rare and (very) expensive thing to buy. The coal we have been able to buy is very smoky. It is also less efficient and has been shipped further so its environmental impact is worse too, but there is little we can do about this.

As an example, the two batches of coal purchased in recent months have seen the price effectively double between deliveries – and sourcing the most recent load (which arrived today) proved to be quite challenging for Matt, whose observations I share here (above).  Whilst this is not the place to debate the rights and wrongs of the energy policy and environmental reasoning for this situation, it is nevertheless sobering to think that we may be burning the very last of the coal ever likely to be available from the UK, and that whilst options are being developed to supply compressed dust and biomass material (which will probably be perfectly adequate for use at Beamish), things won’t quite be the same again…