‘Out and About’ with traction engine and steam roller

Last weekend was glorious and the museum enjoyed a good turnout of visitors. We had No.22 in steam on the Monday as well as the 1889 Marshall Traction Engine. As a bonus, on the Sunday visitors could witness Fiddler’s first appearance in public at Beamish whilst we conducted shakedown trials following its overhaul.
Below is a sequence of shots taken during the day…

Below: Resting in the colliery yard after a journey around the site. 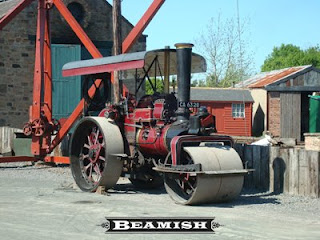 Below: One hole in the hose and where does the water go?! All over John! 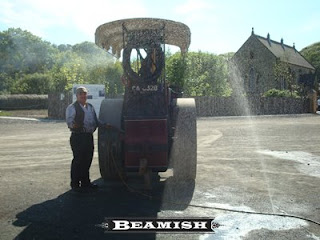 Below: On Sunday evening we took both engines across the road to Beamish Hall and the newly opened Stables Bar and Restaurant. A popular site for diners as well as a welcome run out for our volunteer crews, who delight in talking about the engines! 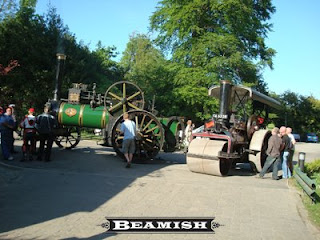 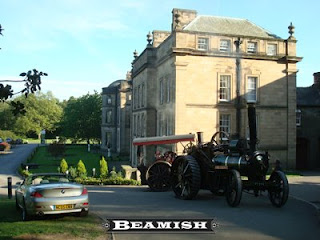 Below: During Monday’s operation the Marshall blew part of the pump gasket out (water side) so the decision was taken to return to base and let the engine cool pending replacement. Both engines will be in action from Thursday onwards for ‘Power from the Past’. See the separate posting regarding the Manchester Horse Tram for more on this event… 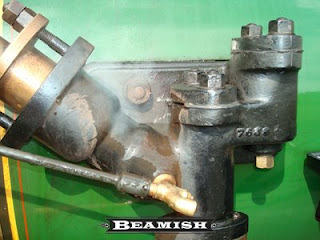