Today we called in at North Bay Engineering to view progress on the restoration of the Darlington cast-iron bus shelter.  Since we last saw it, the components were removed for shot-blasting (including paint sampling for lead content to ensure the correct procedure could be applied).  The parts have then been moved to North Bay’s workshops, where the missing components have been designed and pre-cut components prepared for assembly.

Below: The centre truss is seen here.  The T section (that had perished beyond repair) has been recreated using flat strip, cut with slots to enable it to be assembled and welded (very much like a laser-cut model kit).  The Association for Industrial Archaeology, who provided grant funding to enable the project to progress, is duly acknowledged. 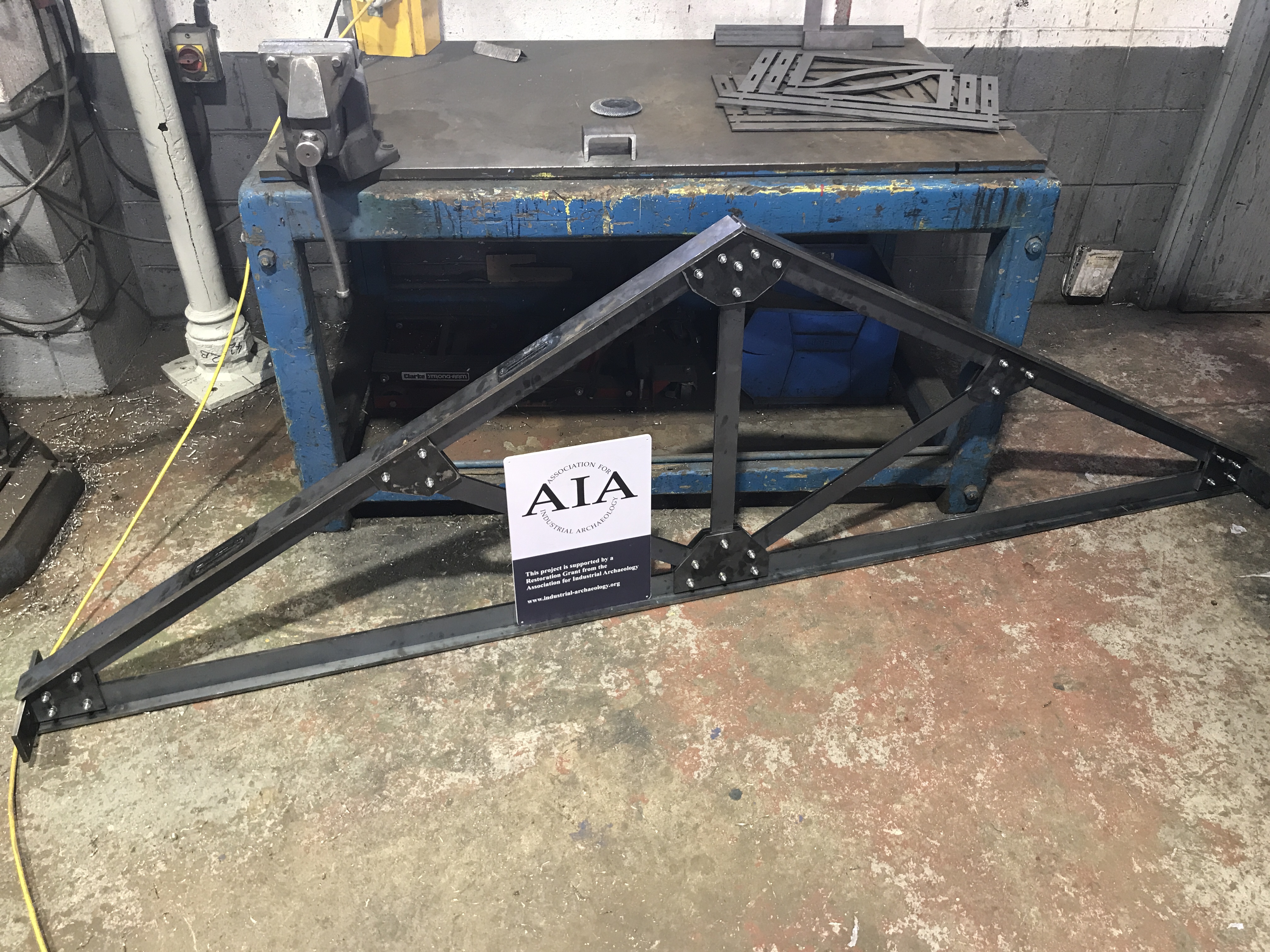 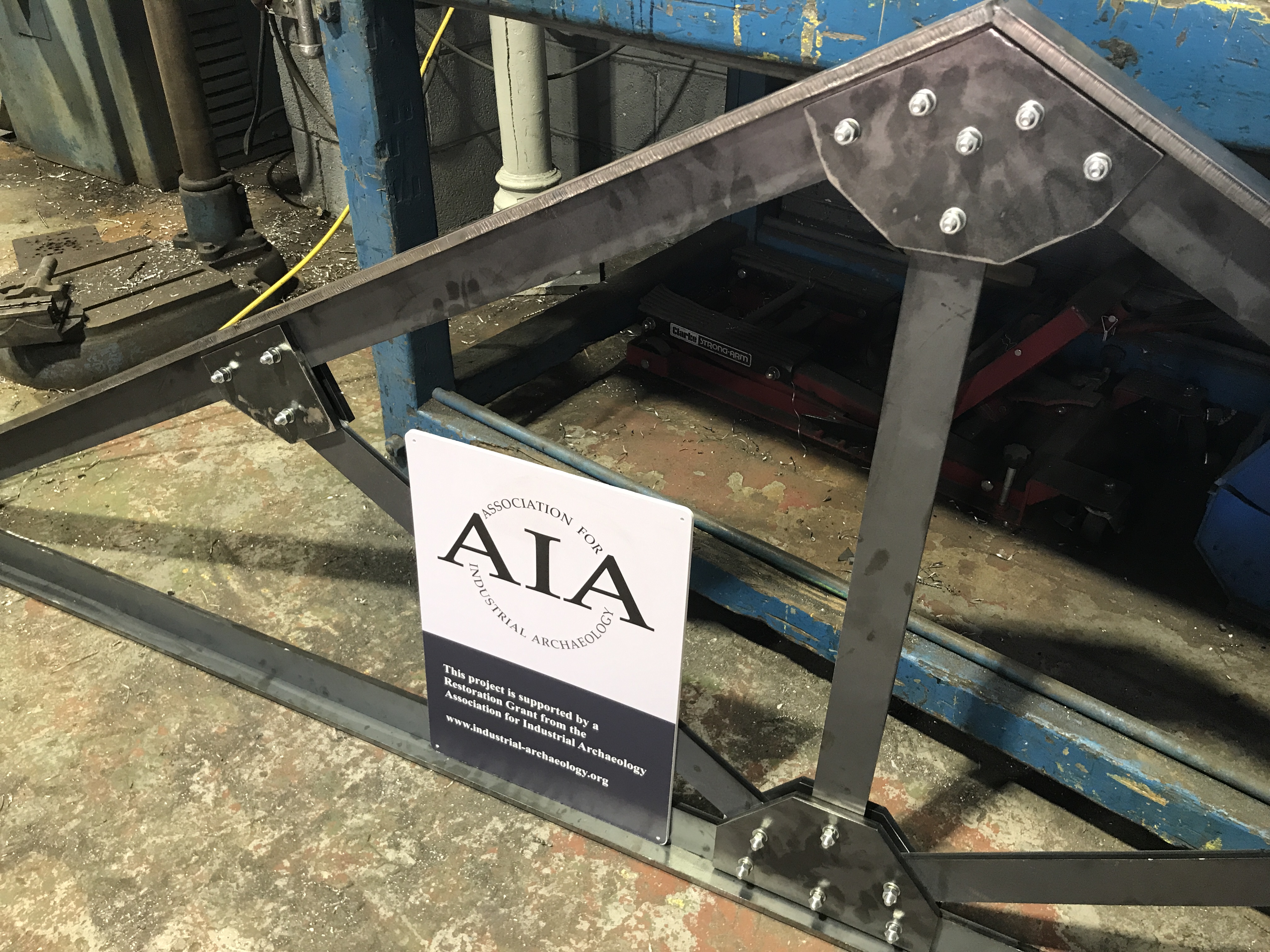 Below:  Only one of the gusset supports had survived, to be used as a pattern.  Here the profile cut parts are clearly seen, with the slots and tabs to enable the assembly of T section components.  Welds complete the process, to create a strong and visually virtually indistinguishable metal section. 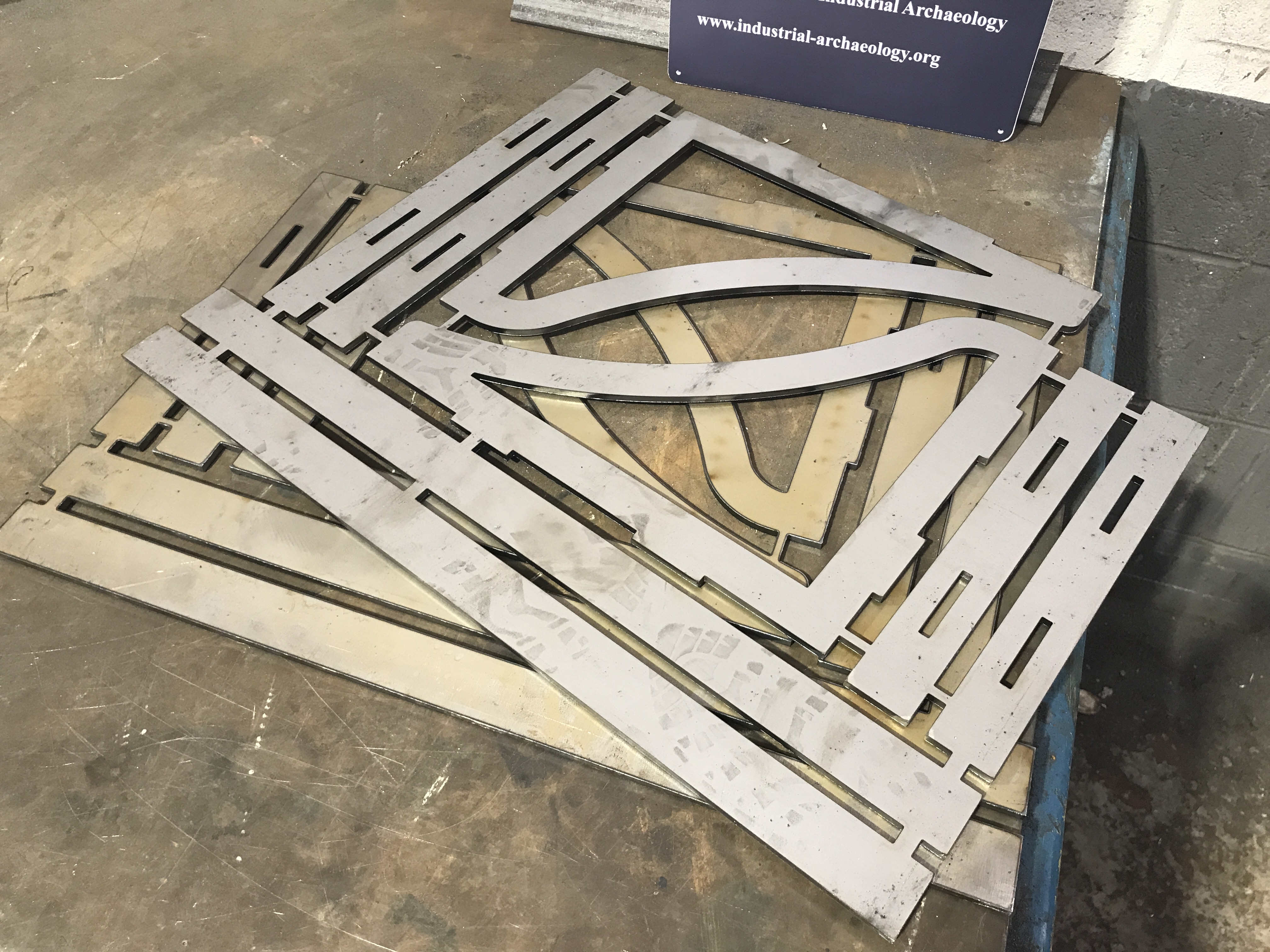 Below: One of the cast iron columns (WordPress won’t function for the rotation of images still, I’m afraid!).  This was one of two broken columns.  These have been sleeved internally to restore the strength, and the breaks and cracks will be dressed and treated with a metal-resin to restore the surface and profile. 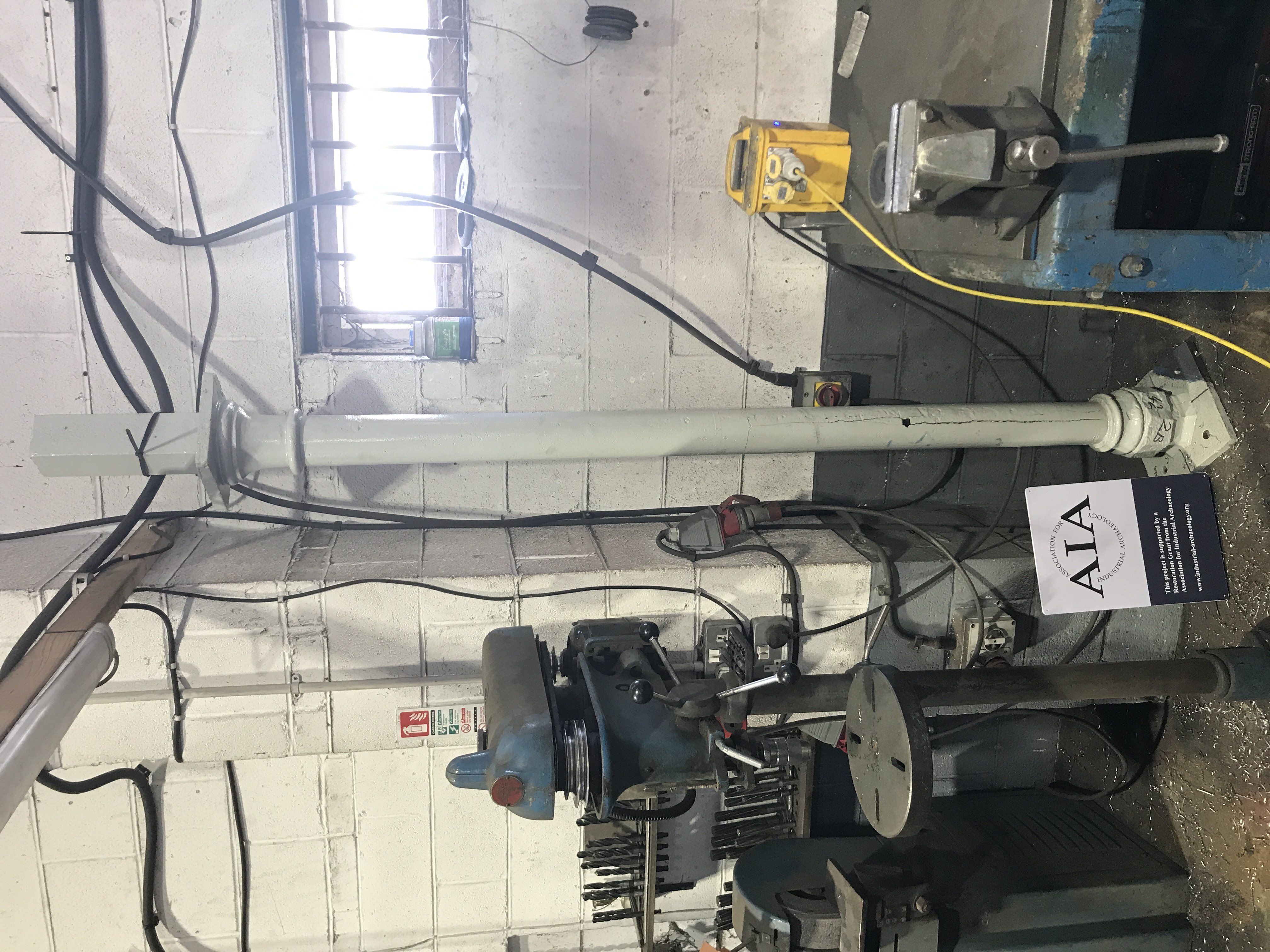 Below: One of the cracks is clearly seen here – the inside of this column being sleeved for strength.  Note also the corner of the foot, that has been replaced, secured with a fixing and which will also be resin bonded. 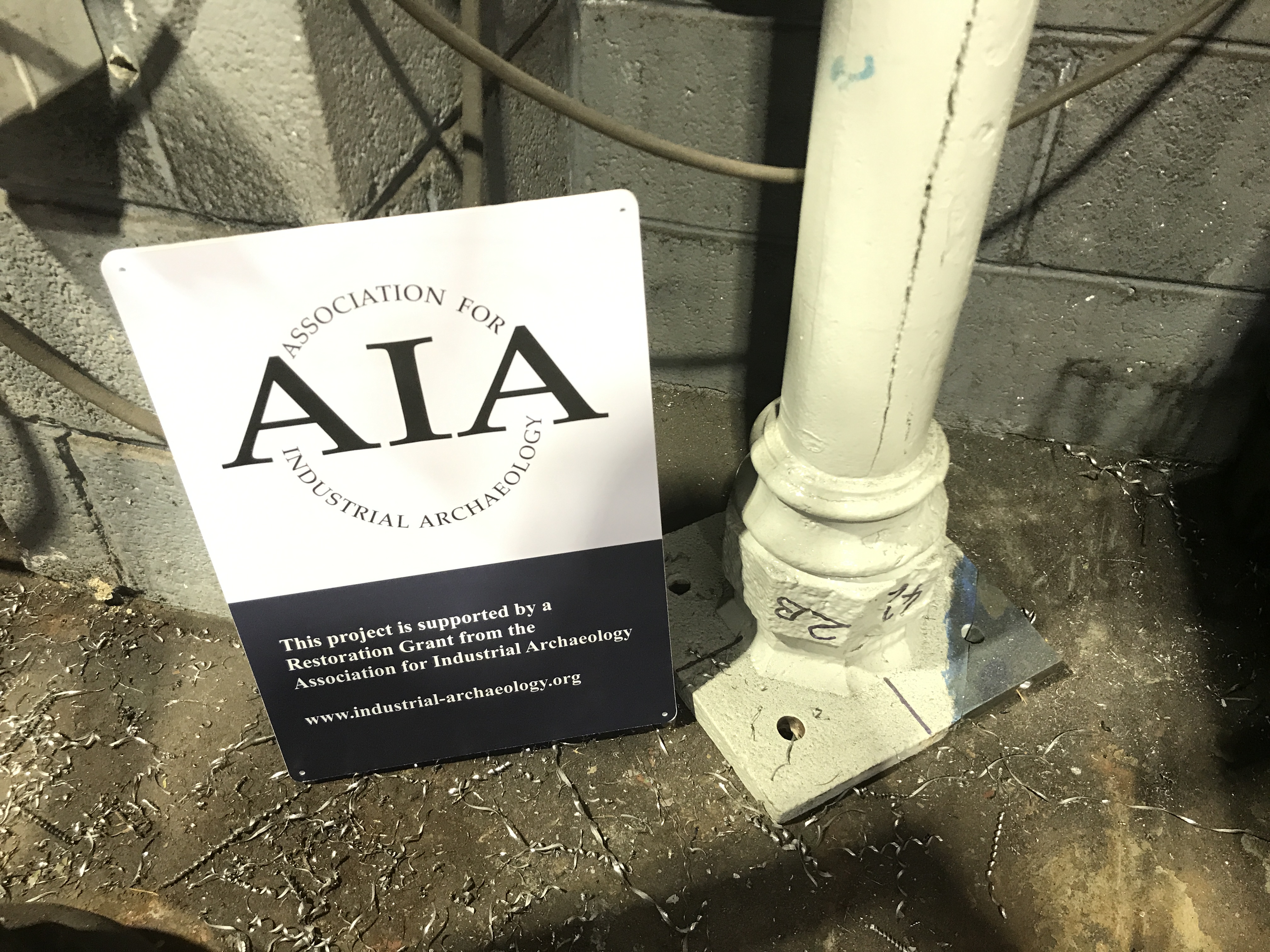 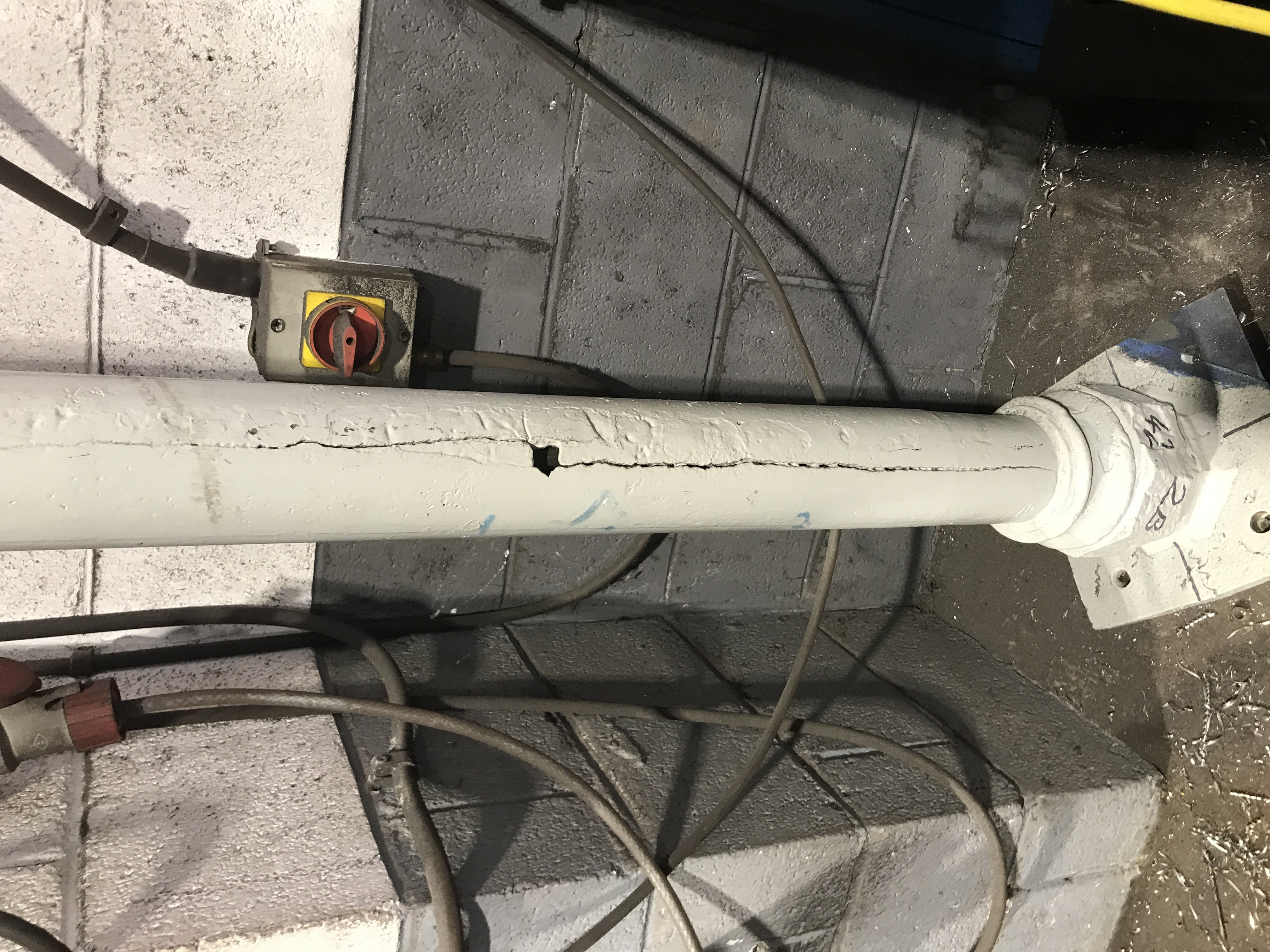 Below: The process of tacking together the gusset plates is seen here.  They will then receive seam welds before dressing and trimming, and drilling for the securing bolts. 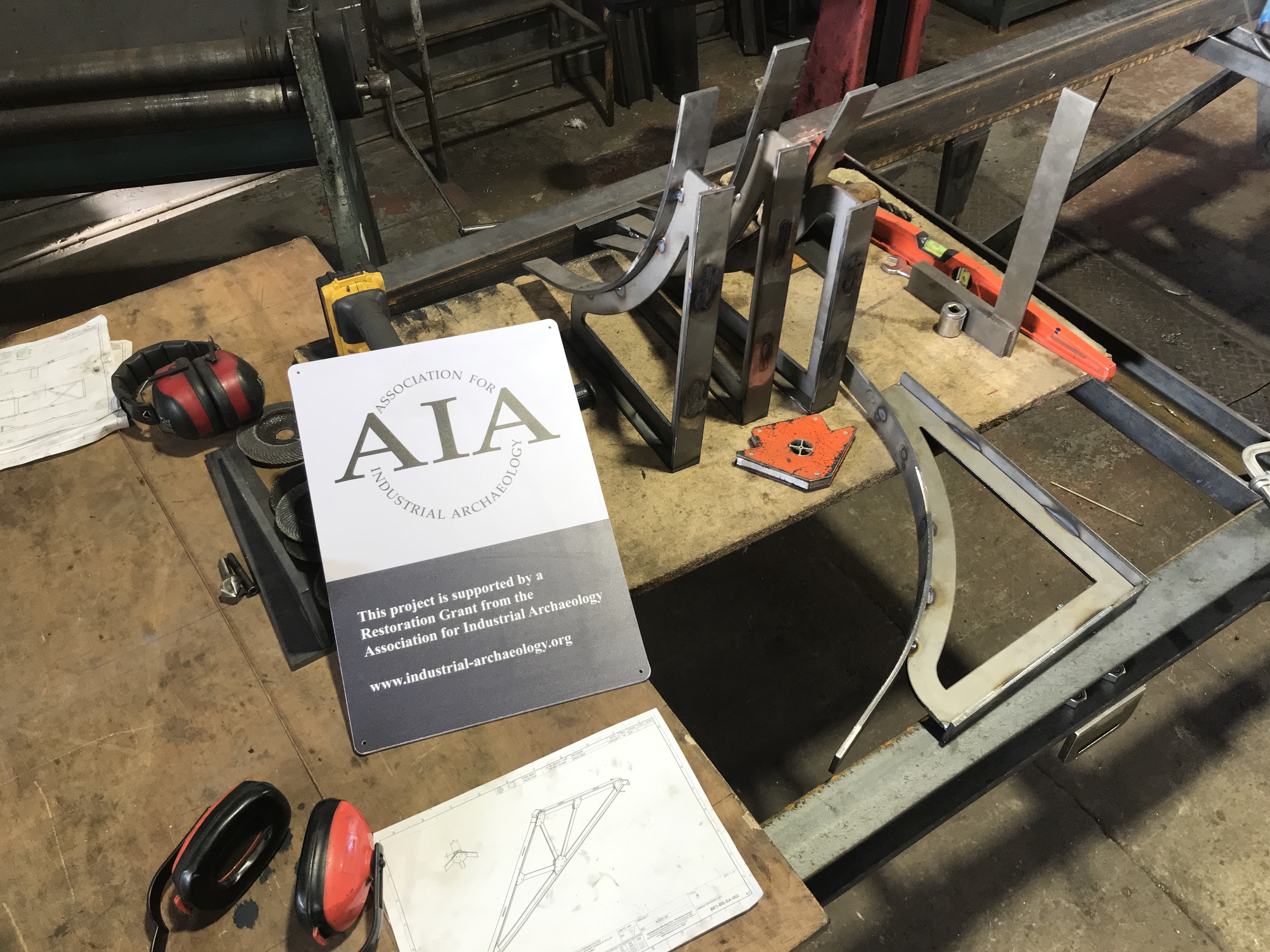 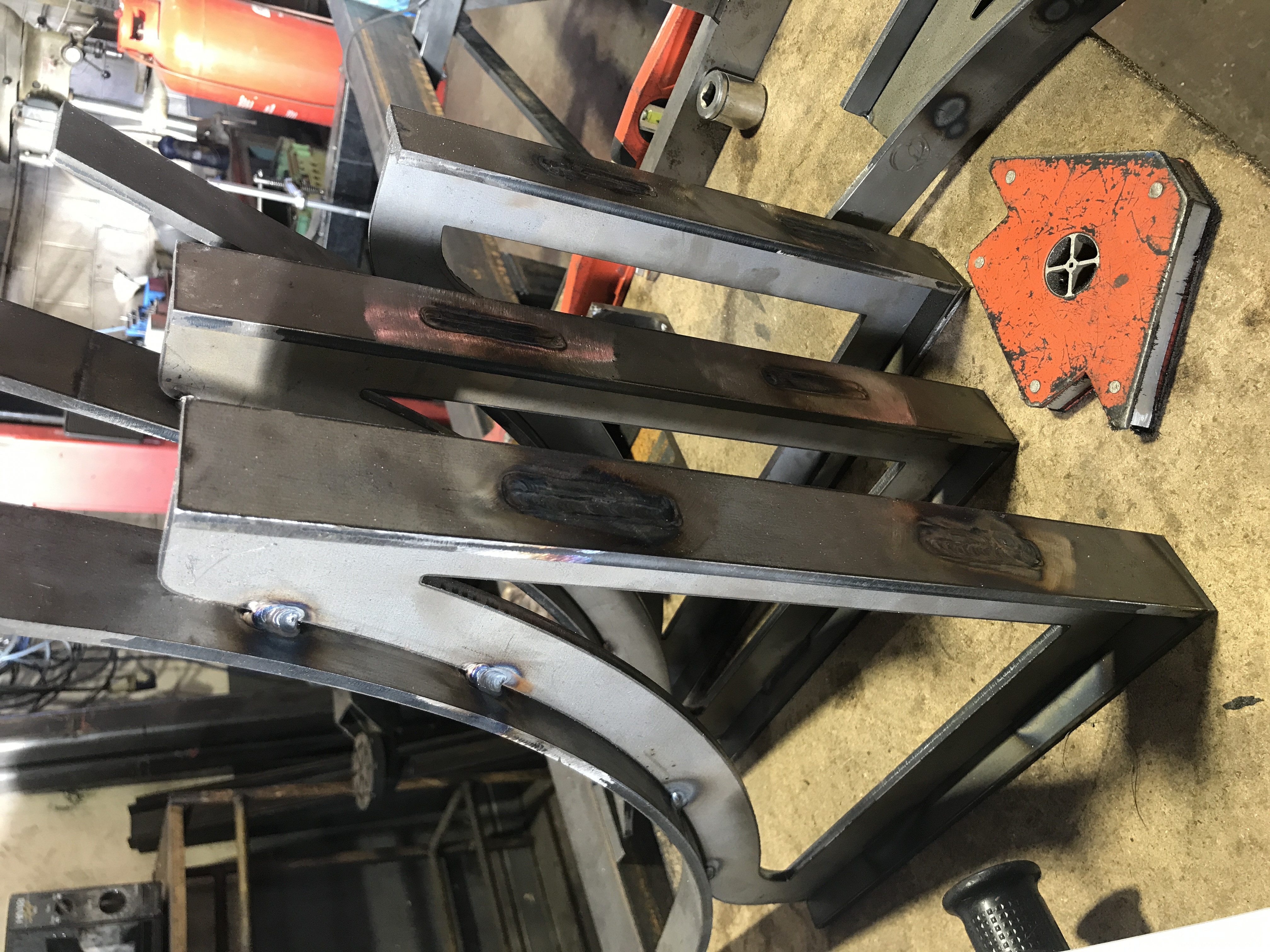 Below: North Bay have produced a comprehensive set of CAD drawings of the shelter.  These have been coloured in the blue shade used by Darlington Corporation on its street infrastructure at the time of the shelter’s last use.  New cast iron guttering has been ordered and wire-reinforced frosted glass has been ordered to recreate the visible glass areas (which are not clear, based on photographic evidence).  The guttering drains into two of the cast iron columns, which discharge the water at ground level, via spouts.  Image c/o North Bay Engineering 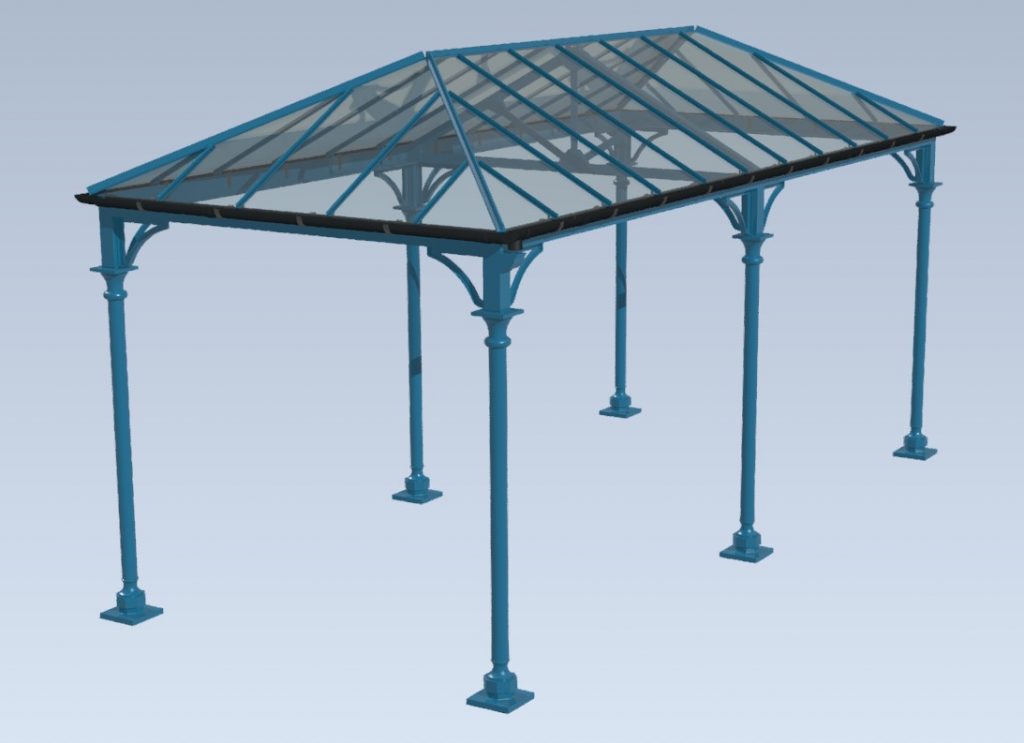 It is intended to assemble the roof in Darlington, and possibly test assemble it onto the columns.  A simple lifting eye is being incorporated into the structure to enable safe assembly (and future dismantling, if required), which will make positioning the components much safer (the roof in particular is heavy, once the glass is fitted).

Progress should be rapid in coming weeks, so I hope to update on the project next week.

Part 1 of this project can be found on the blog here: