Well, that was quite a weekend!!!  The first Beamish Steam Gala format event was blessed with decent weather, superb exhibits and a very good visitor turnout, with around 8500 attending over the two days.

We found the revised format worked very well, with two days being more manageable for everyone participating, and also helping focus the activity (four days was always something of an endurance exercise and very hard to keep the momentum going for, all the way through to the Sunday).  There were fewer internal combustion vehicles (probably a quarter of what we might have had previously) but this really wasn’t obvious because the congestion we have had in the past didn’t occur, with a very few exceptions, which kept the traffic moving and the site very active.  We had 22 steam engines on the road, plus the museum’s own exhibits (and five trams in operation – see the photo below).  The bus service was suspended for the weekend as we simply couldn’t operate a meaningful service in amongst the traffic, but the intensive tramway service more than made up for this.  Crosville 716 was in operation, due to its specialised role.

So – what next?!  Well, we have September’s transport gala, and we may review the format for that in light of our very positive experience this weekend.  Then we can start thinking about 2023’s steam and transport galas.  It is the tramway’s fiftieth anniversary next year so that is in amongst the considerations at this stage.  Meanwhile, whilst I didn’t take many photos over the weekend, here is a sample of them, followed by a gallery taken by David Watchman, the museum’s Digital Communications Officer. 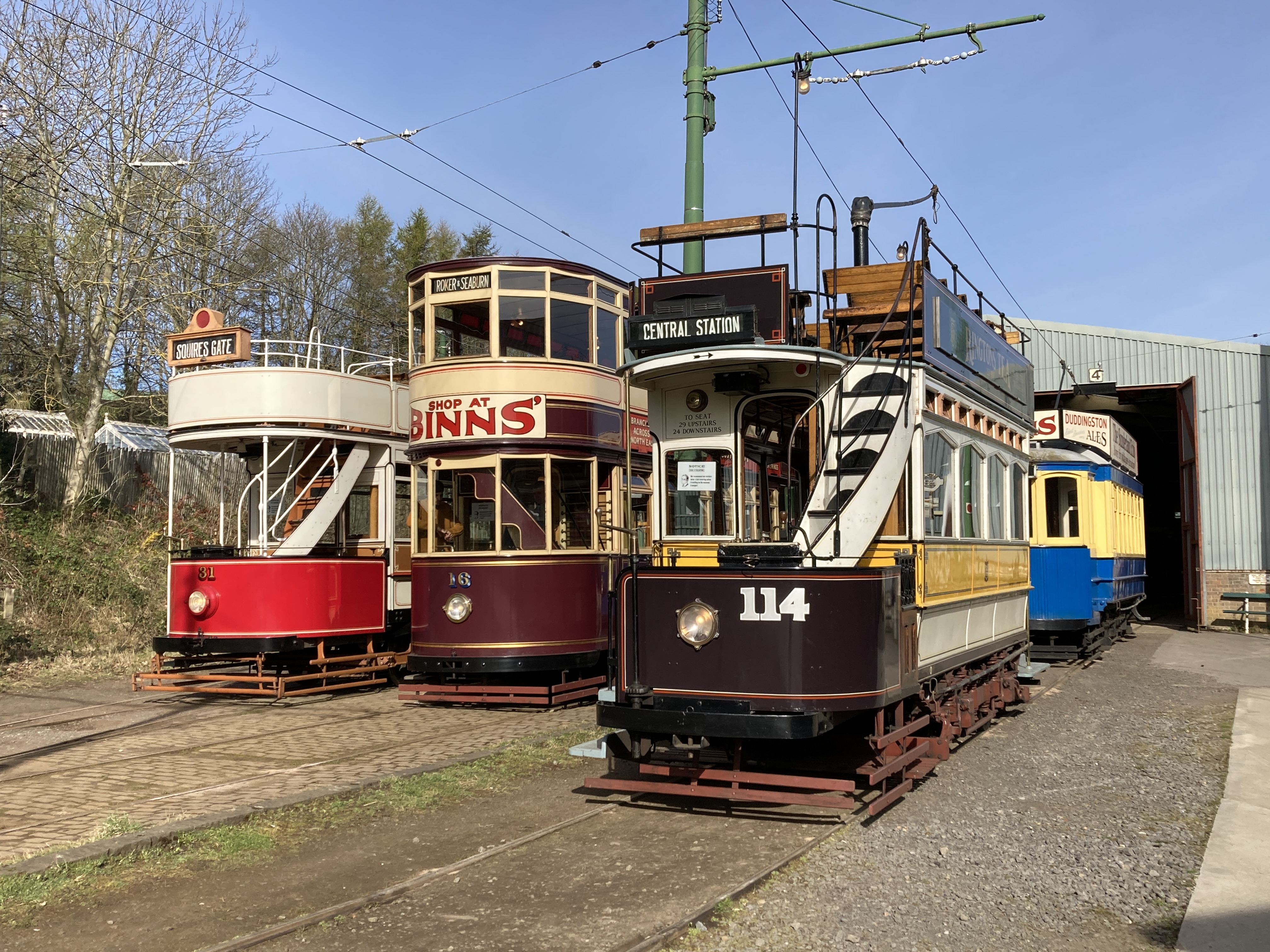 Below: One of the highlights of the weekend (and a bit of a personal highlight for me as it was often said in the past that it was something that would never happen here!) was the heavy haulage assents of Pockerley Bank.  A video of some of these is in preparation, but the activity was a definite attraction, and each run (and there were many) was a thunderous spectacle for visitors and photographers to watch.  The uniting of two former Norman Box engines (Atlas and Talisman) with the matching trailer was one that proved to be very popular, and whilst the first run was a little compromised when a member of staff managed to get themselves into the cavalcade with a modern service vehicle (!), the rest of the runs went down very well indeed.  Here is one ascent of the bank, with Atlas, Talisman, Captain Scott and Foremost digging into the climb. 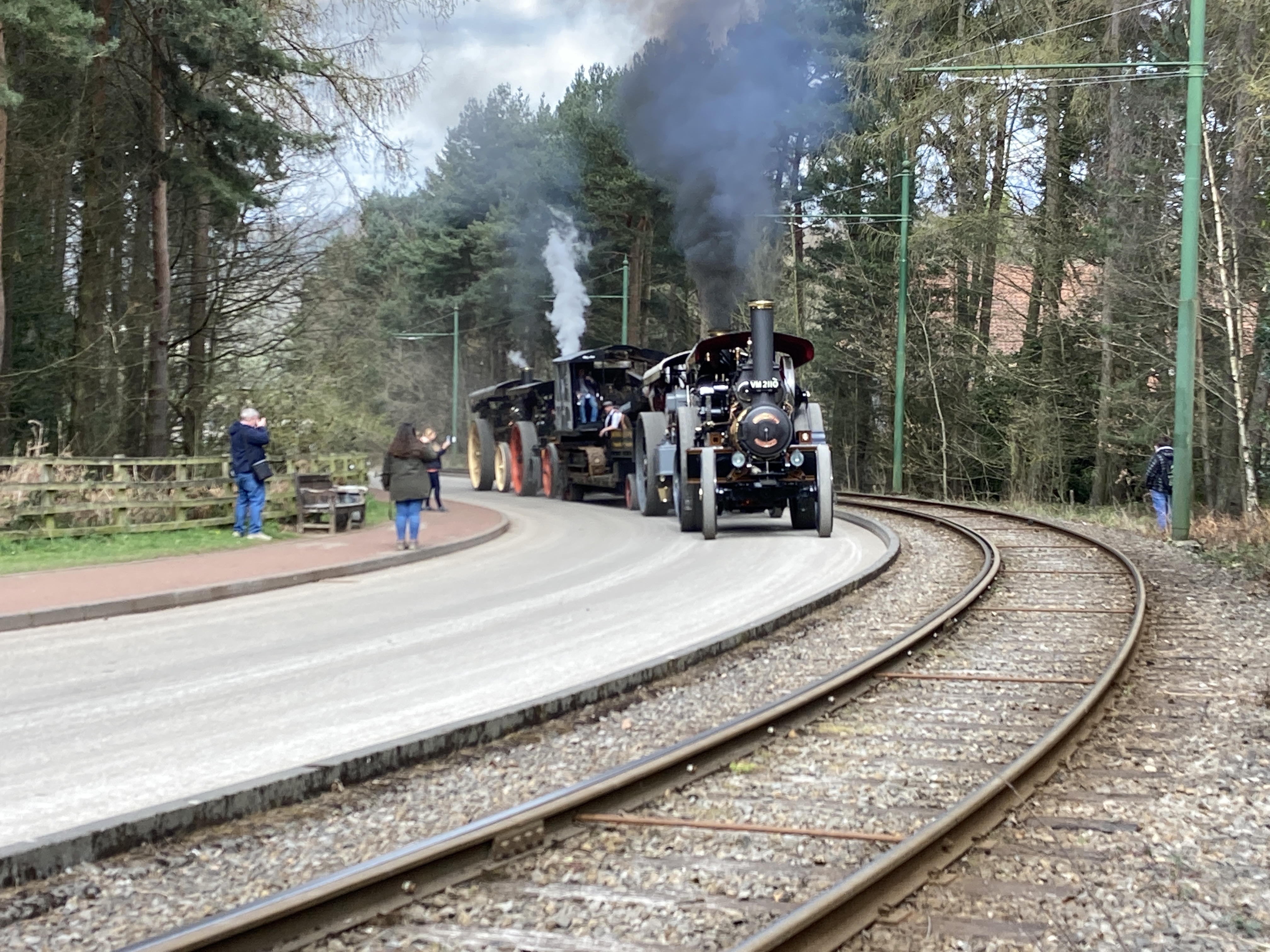 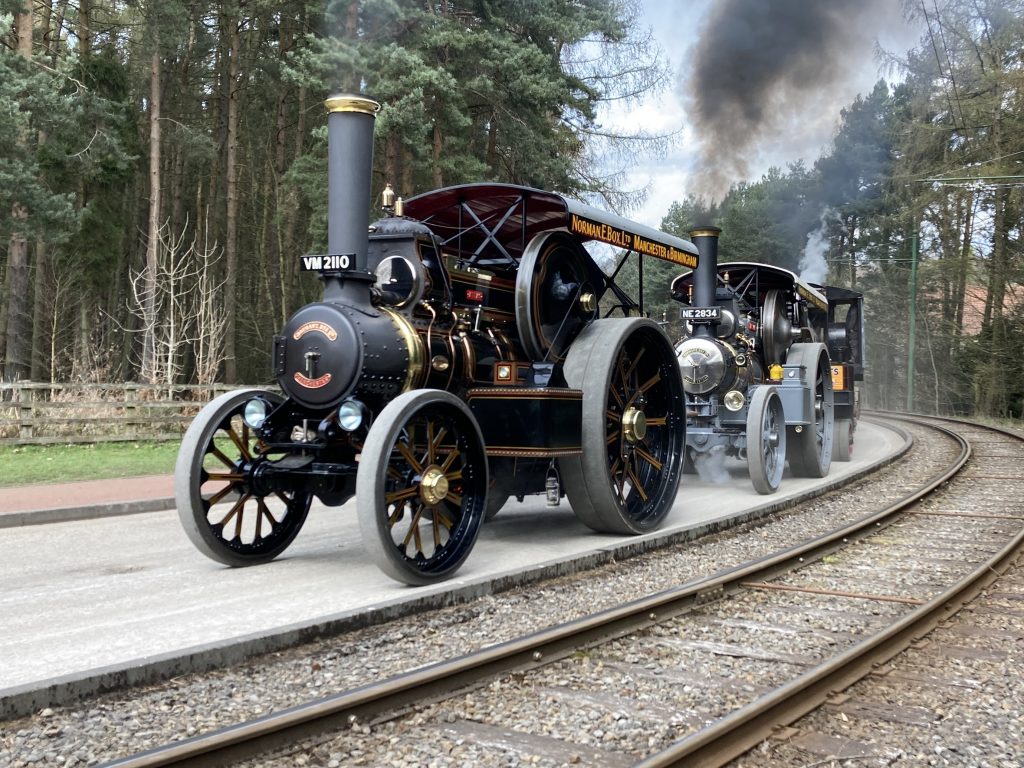 Whilst a video of the event is in preparation by the museum’s Comms team, here is a sample of content, showing another of the circuits made by the same combination of engines seen above. 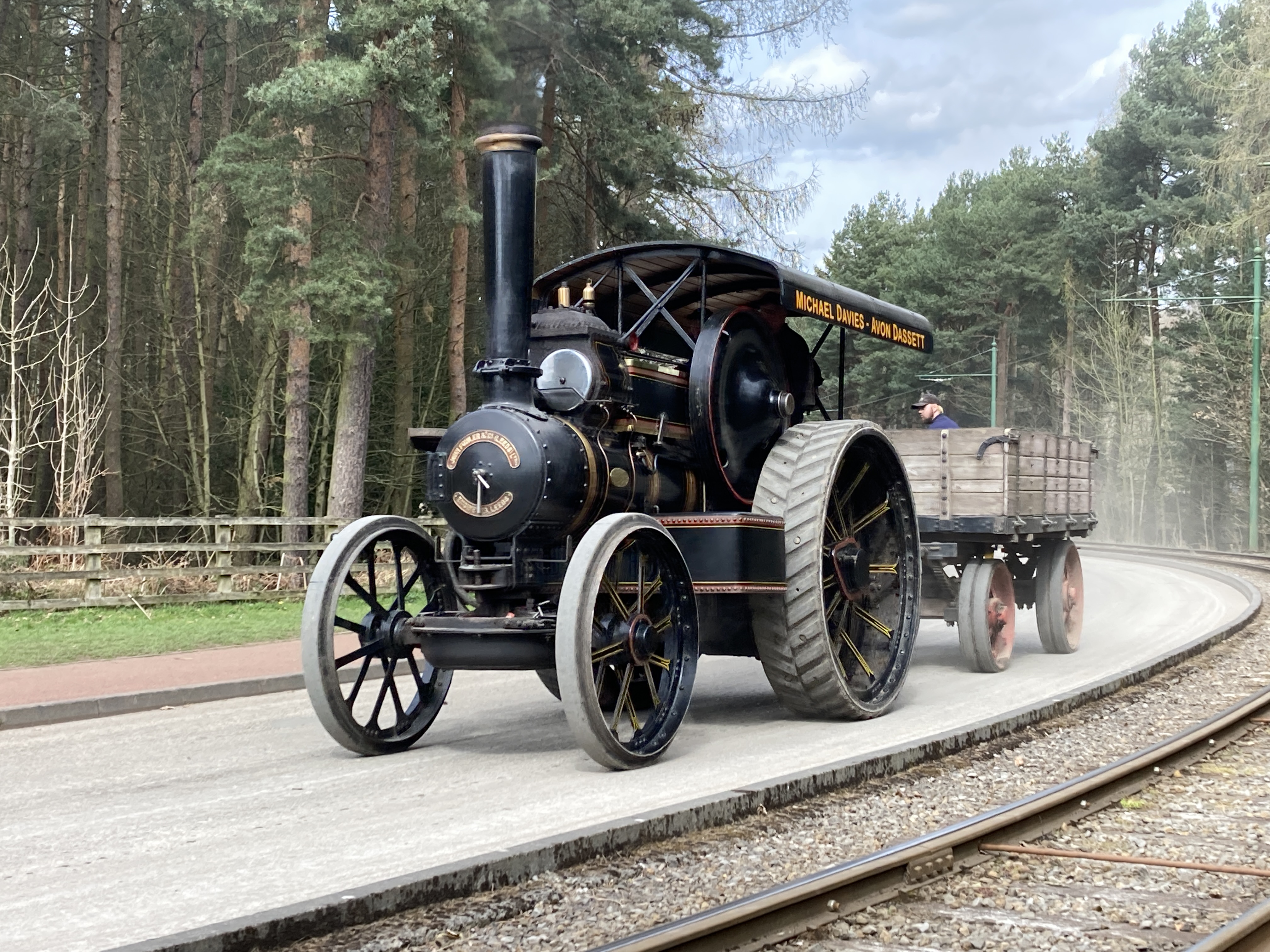 Below: In amongst the heavy haulage, were a number of internal combustion vehicles, which greatly added to the heritage traffic around the site. 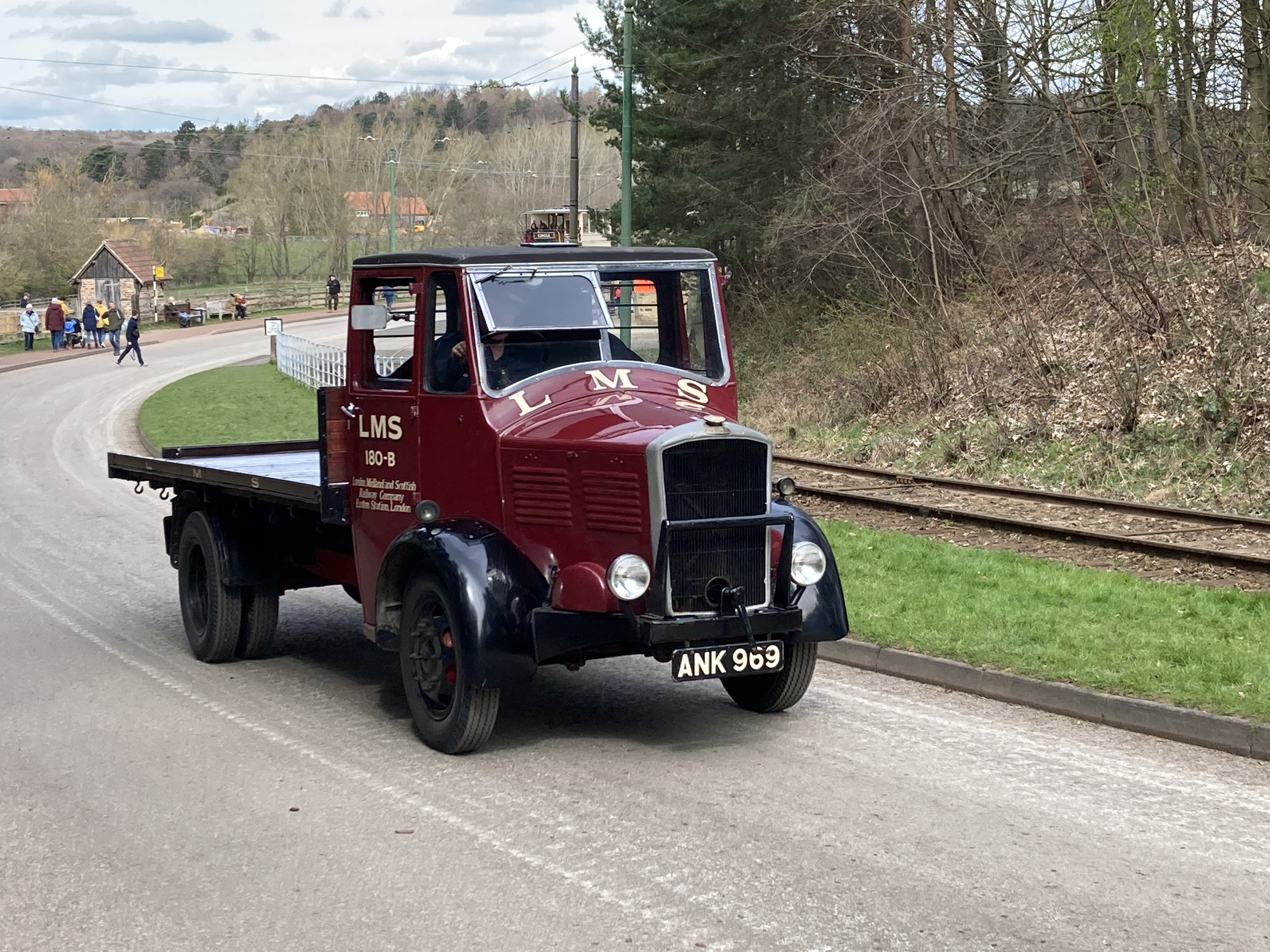 Below:  With two ex Devon County Council steam engines at the event, the opportunity was taken to pose them together on Sunday afternoon.  Kerr Stuart Peter Pan sits alongside Garrett steam waggon No.77. 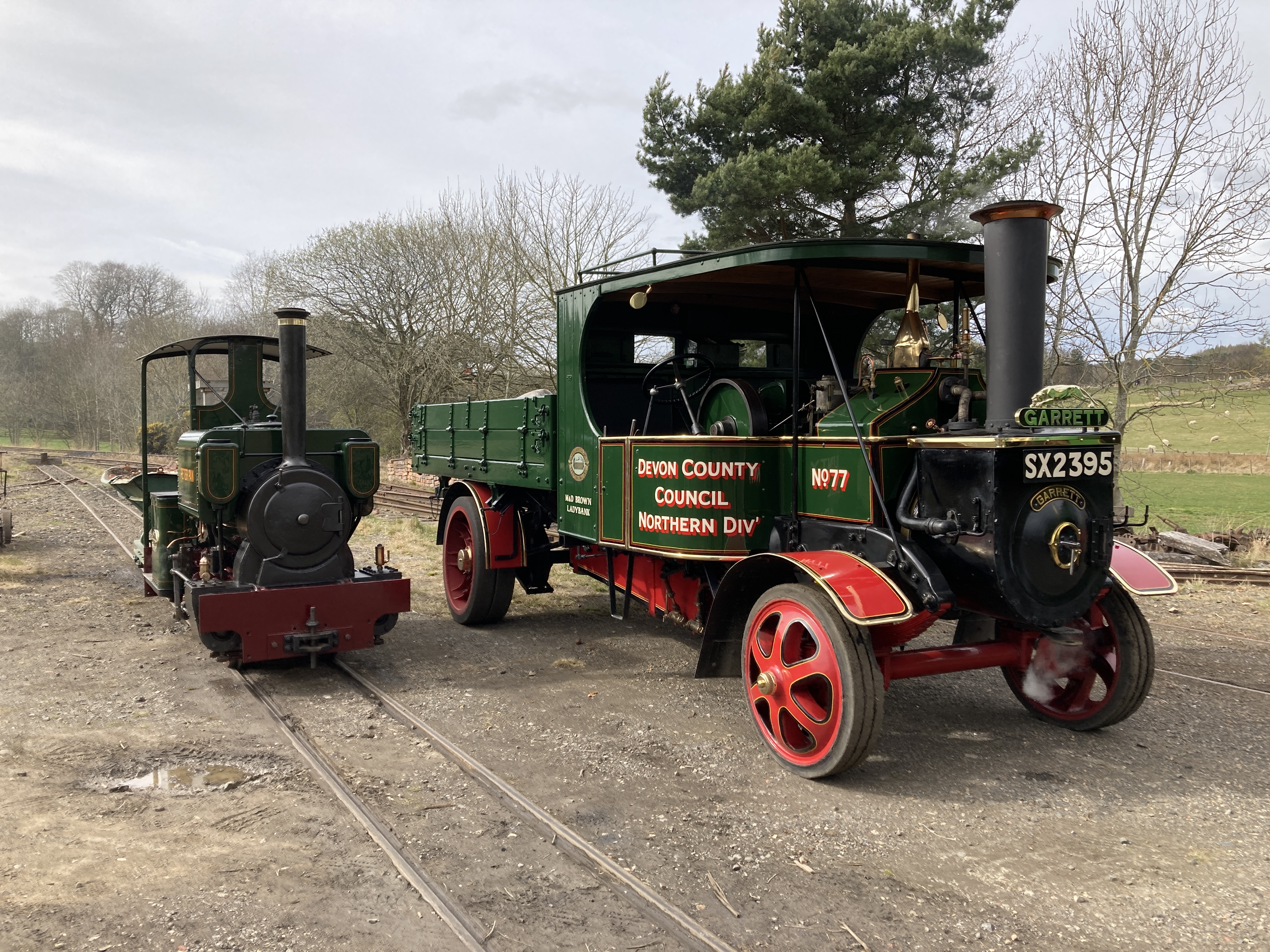 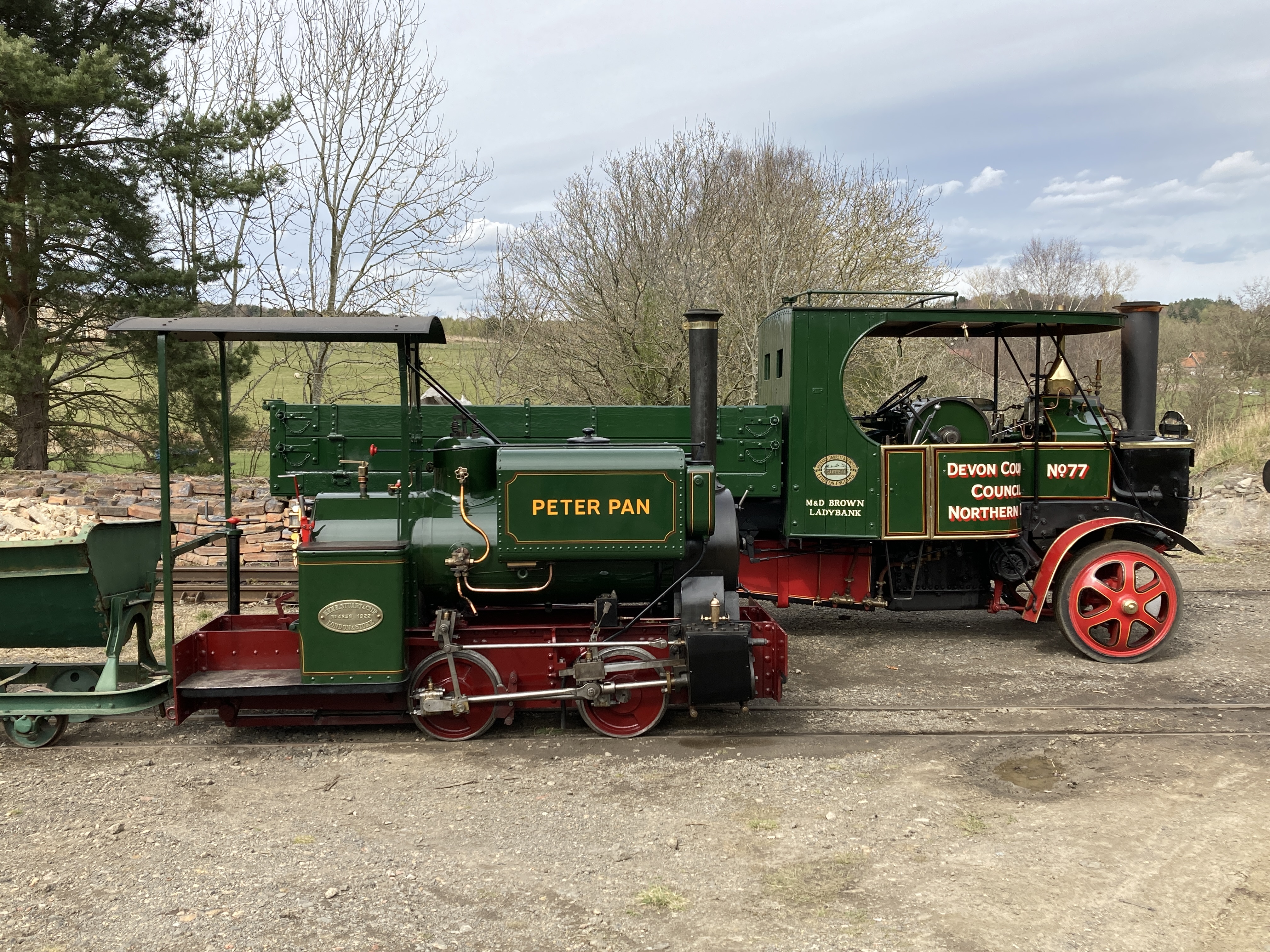 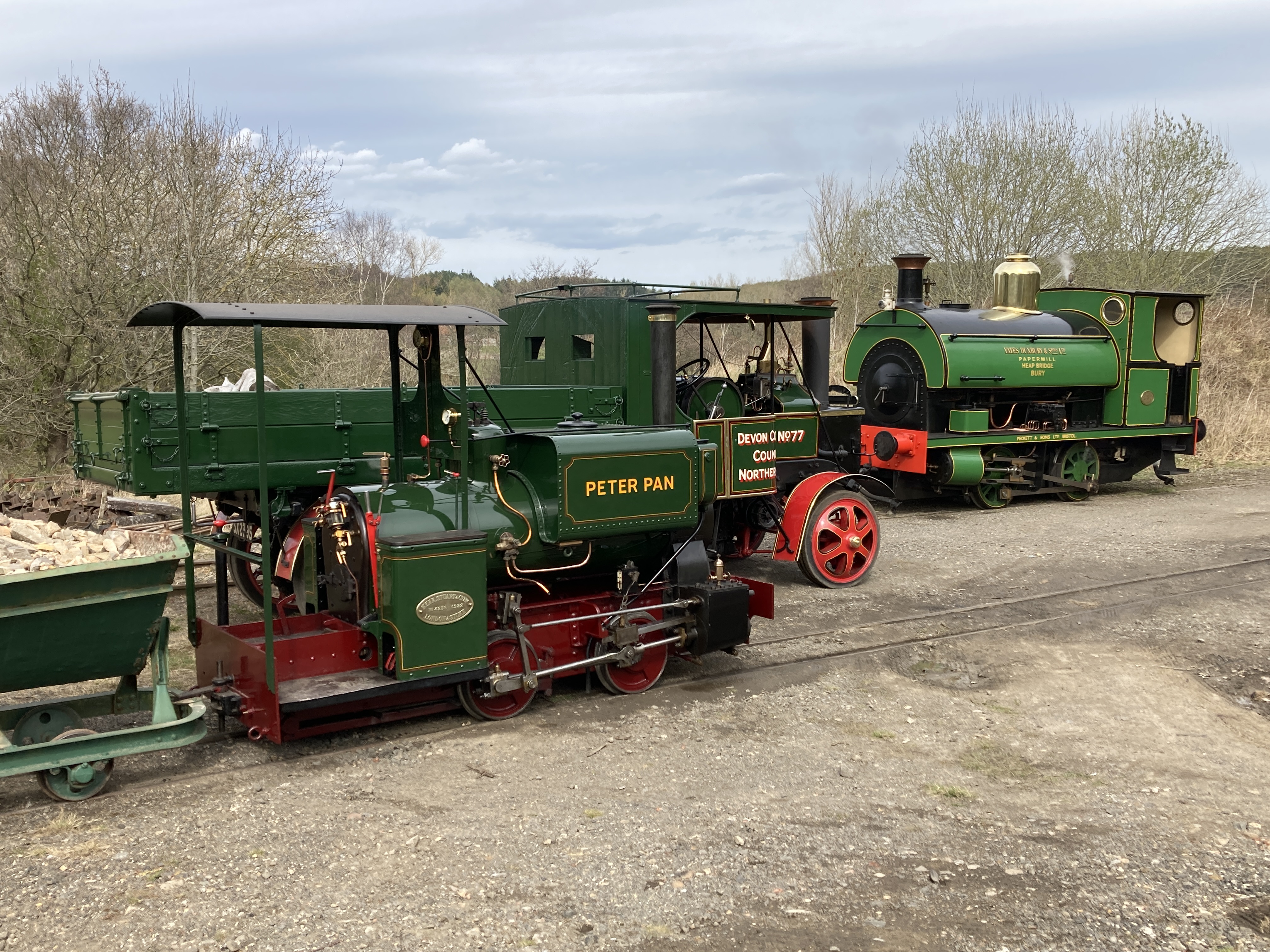 Below: We enjoyed watching Alex Sharphouse and his team loading the big Dyson trailer on Sunday night – using the winch on Talisman to haul the trailer onto the modern unit, the tele-handler was there to steer the trailer, rather than propel it aboard.  Alex and his team had done a huge amount of preparation for the event (including repainting the dragline) and it is worth recording our thanks to them all for their support for this event, and adding significantly to the enjoyment had by our visitors. 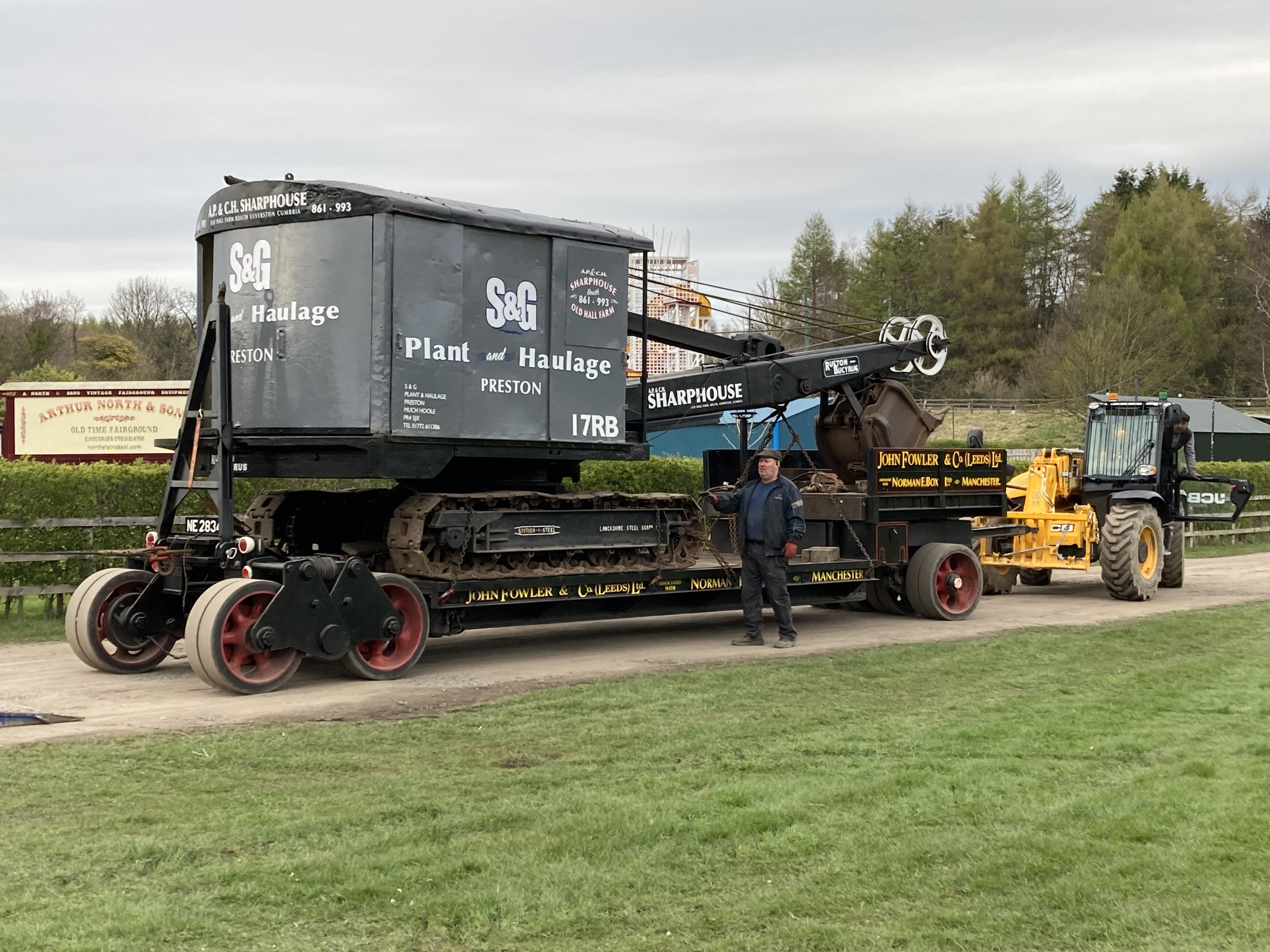 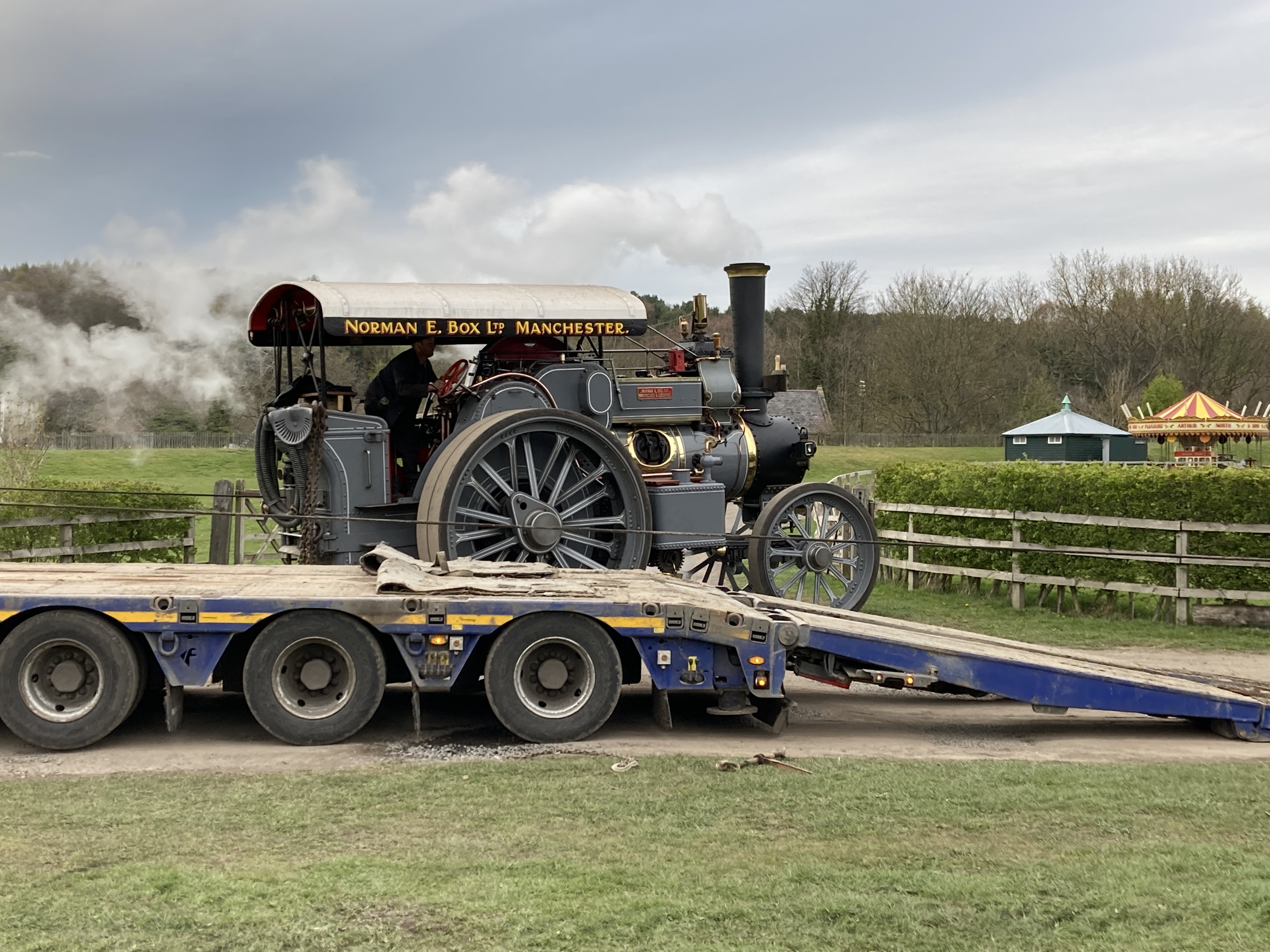 Here are some rather better images, courtesy of David Watchman…