This week, as alluded to in the previous post, has been around preparation for the Steam Gala.  On Thursday, some of the heavy haulage exhibits arrived, along with Peter Pan for the narrow gauge railway.

Below: Talisman is seen here coupling to the Norman Box trailer, which it then guided down the ramp (the trailer has axillary air brakes fitted which can be operated remotely, giving the crew plenty of control of the unloading process). 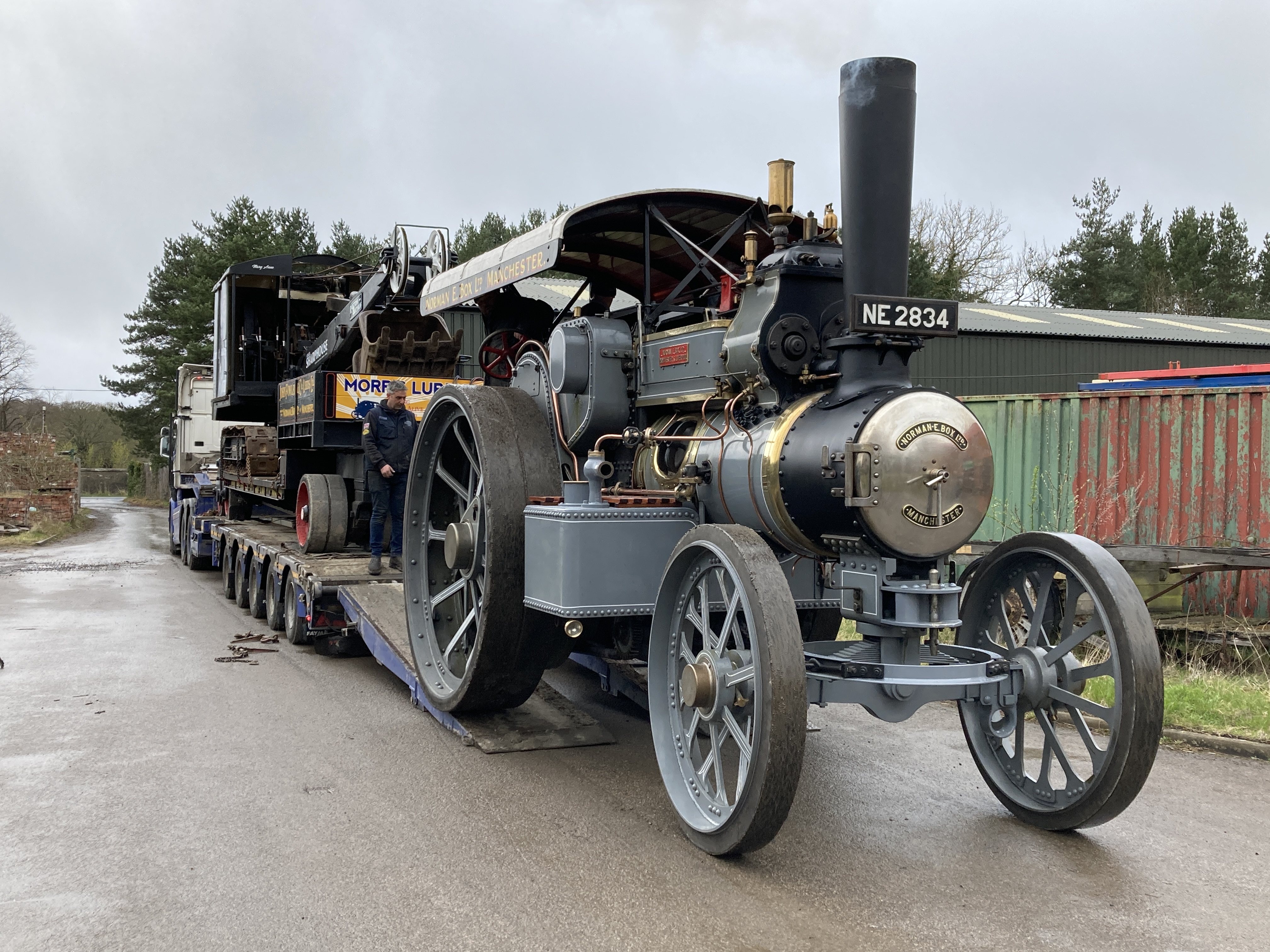 Below: On Friday Captain Scott and Atlas are seen raising steam in the car park.  Atlas and Talisman will be united, with the trailer, at various points during the event. 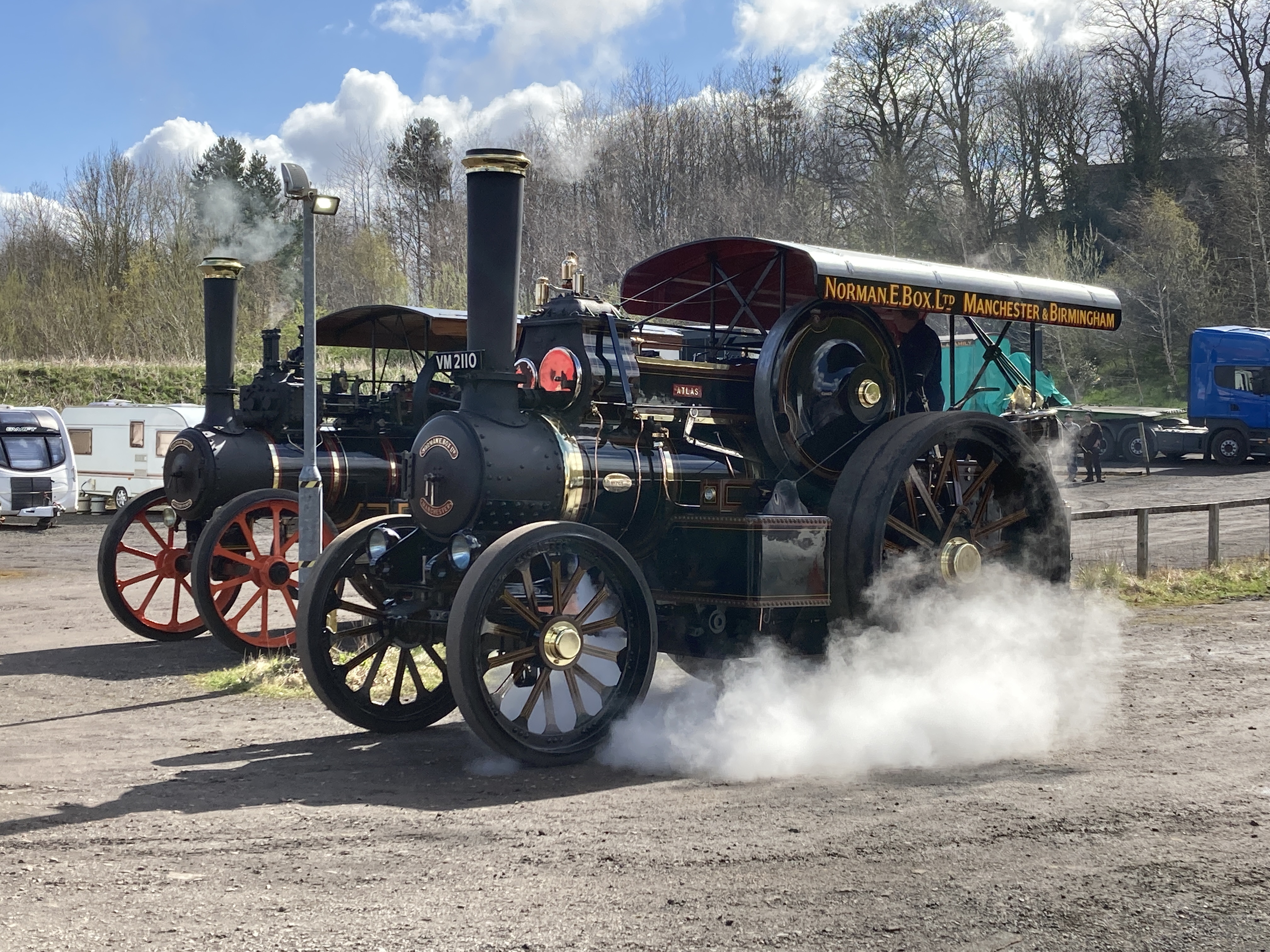 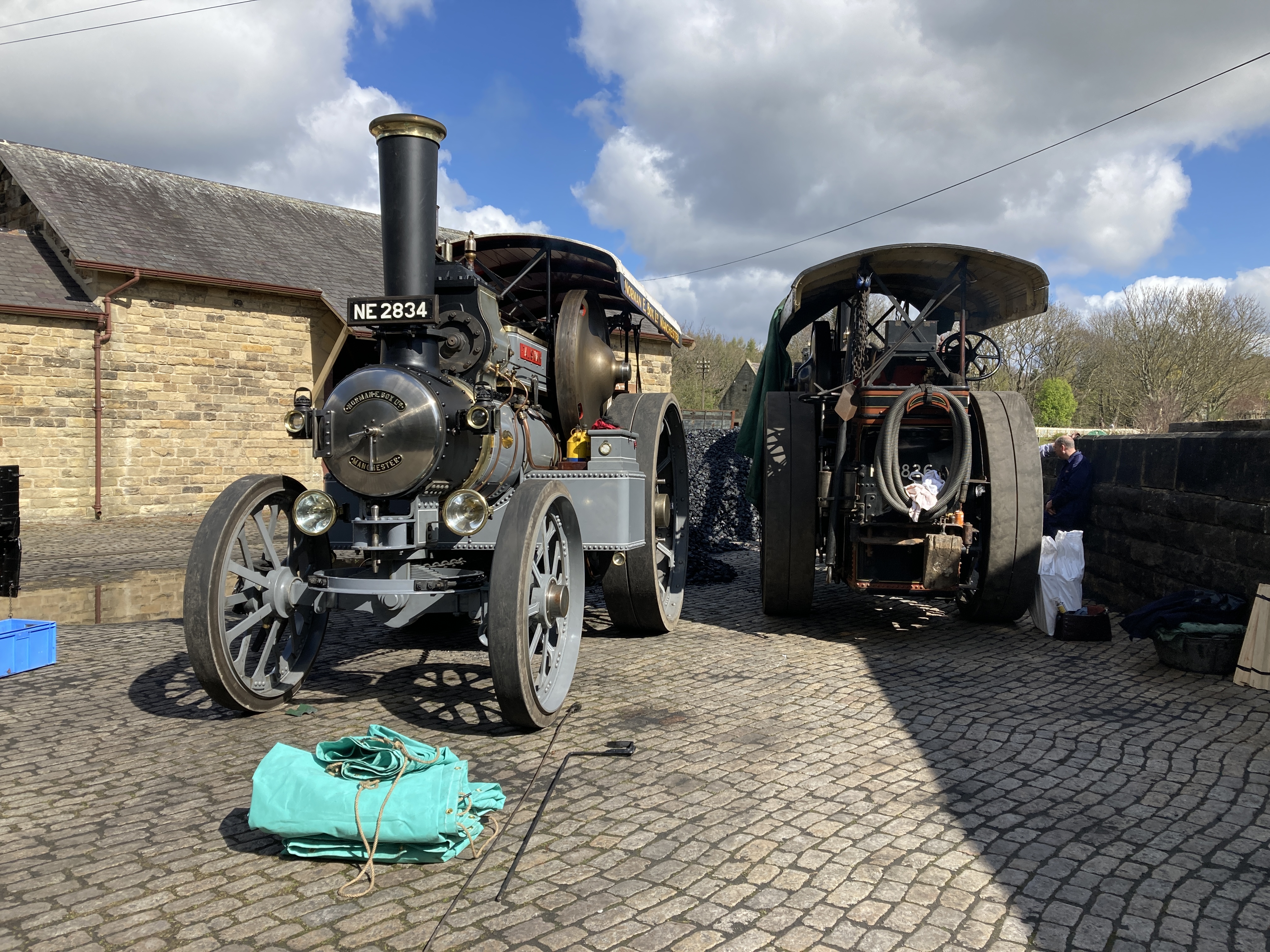 Below: During Friday afternoon some of the engines explored the site as preparations for the weekend continued.  Whilst it was cold, the weather was very nice and so I thought I ought to take some photos in the sunshine! 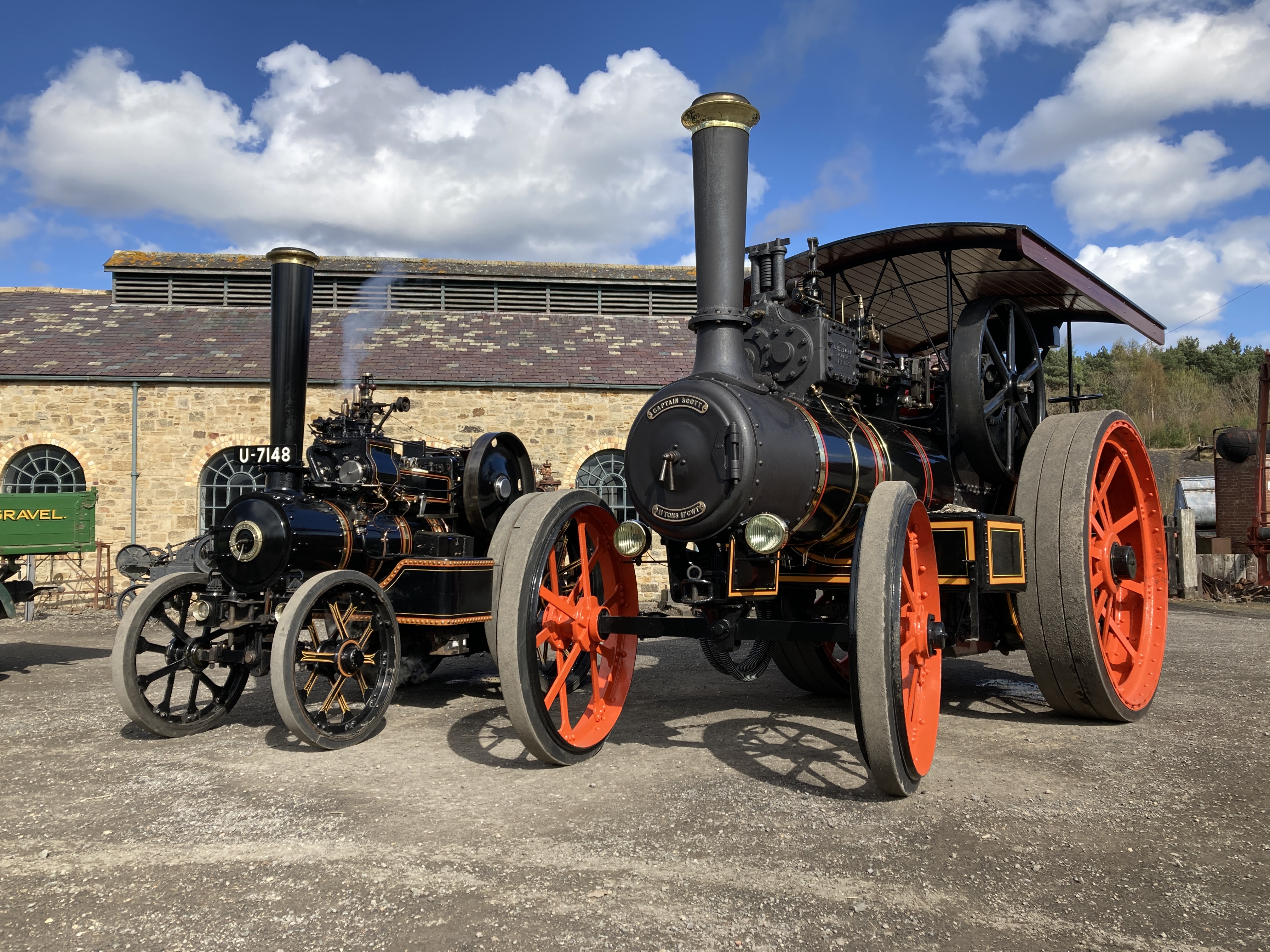 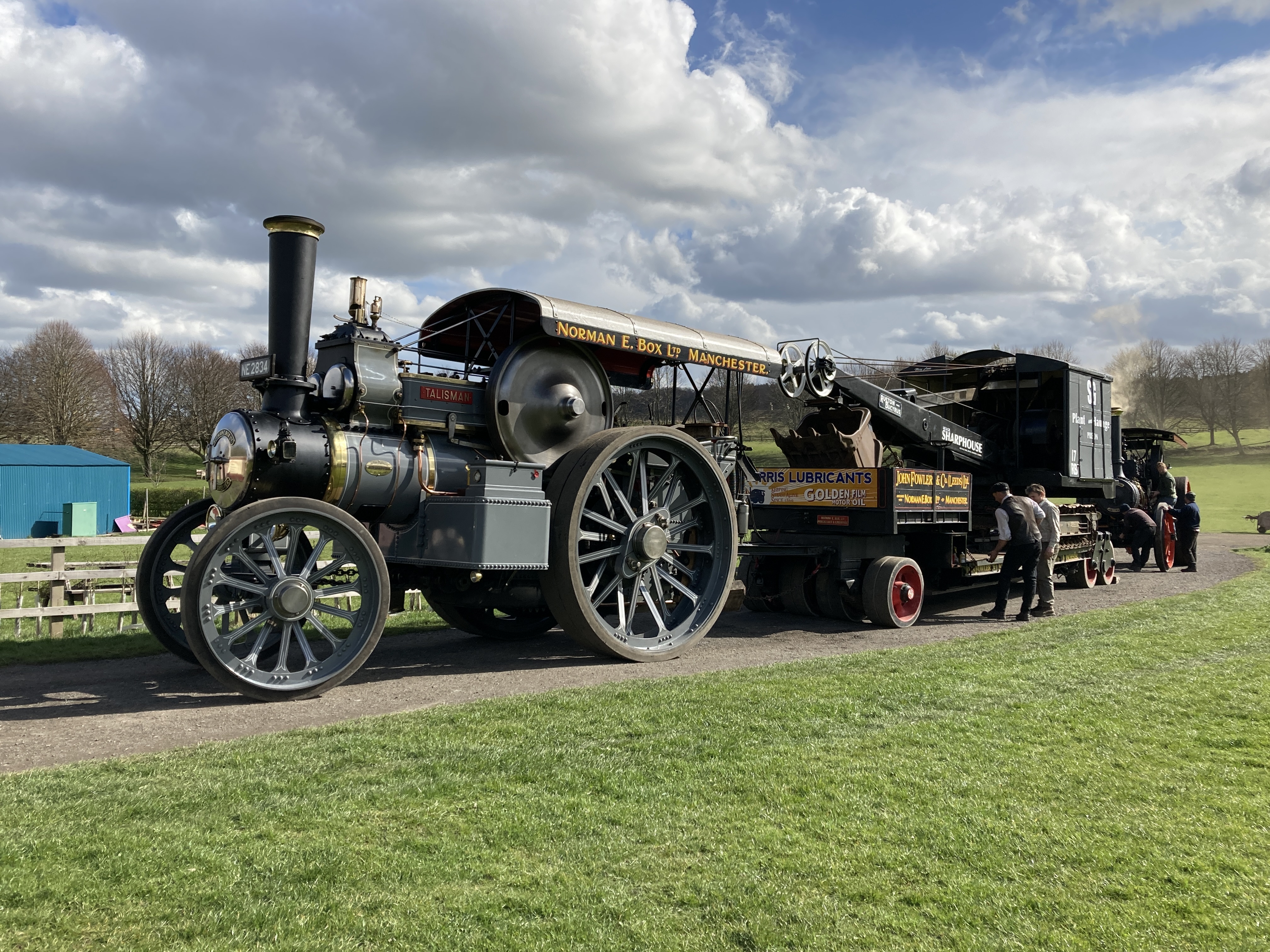 Below: The climb to the Town was well within the engine’s capacity, and the trailer was clear of curbs and pavement, so all was well with this move. 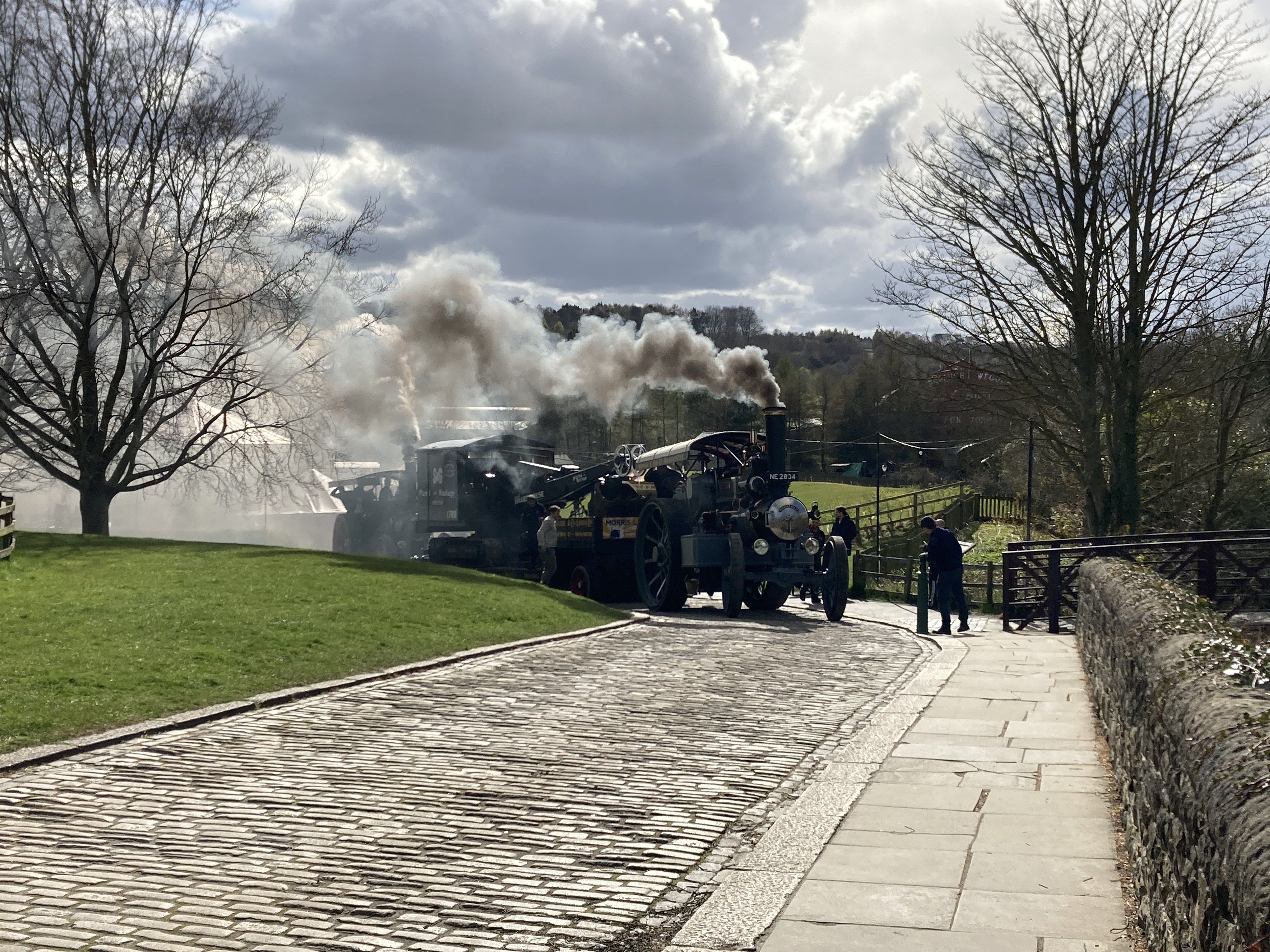 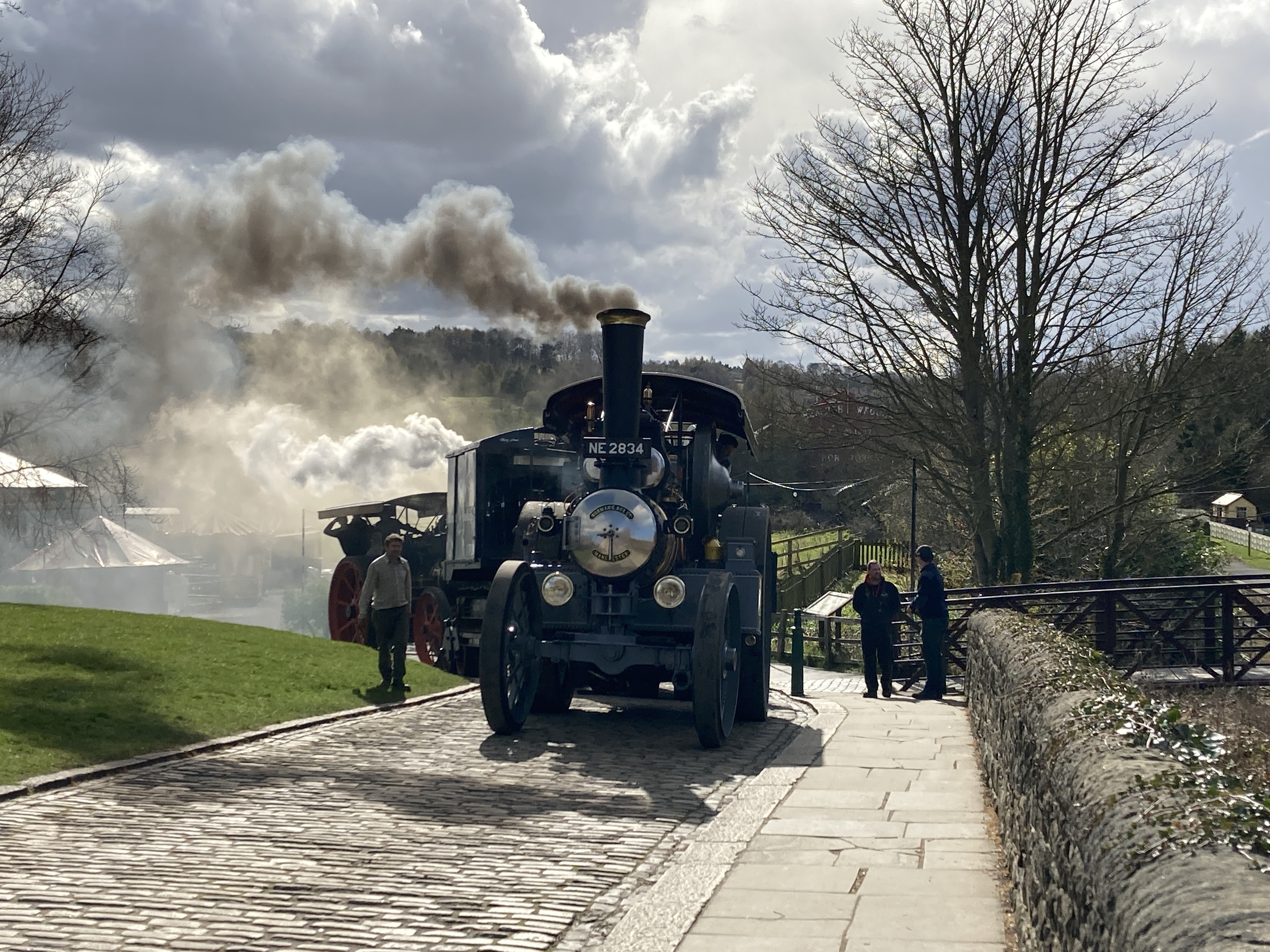 Below: Entering the street, with the newly refurbished ice cream stall to the right – its first day open in this refreshed and reorganised guise and with much improved capacity to serve visitors. 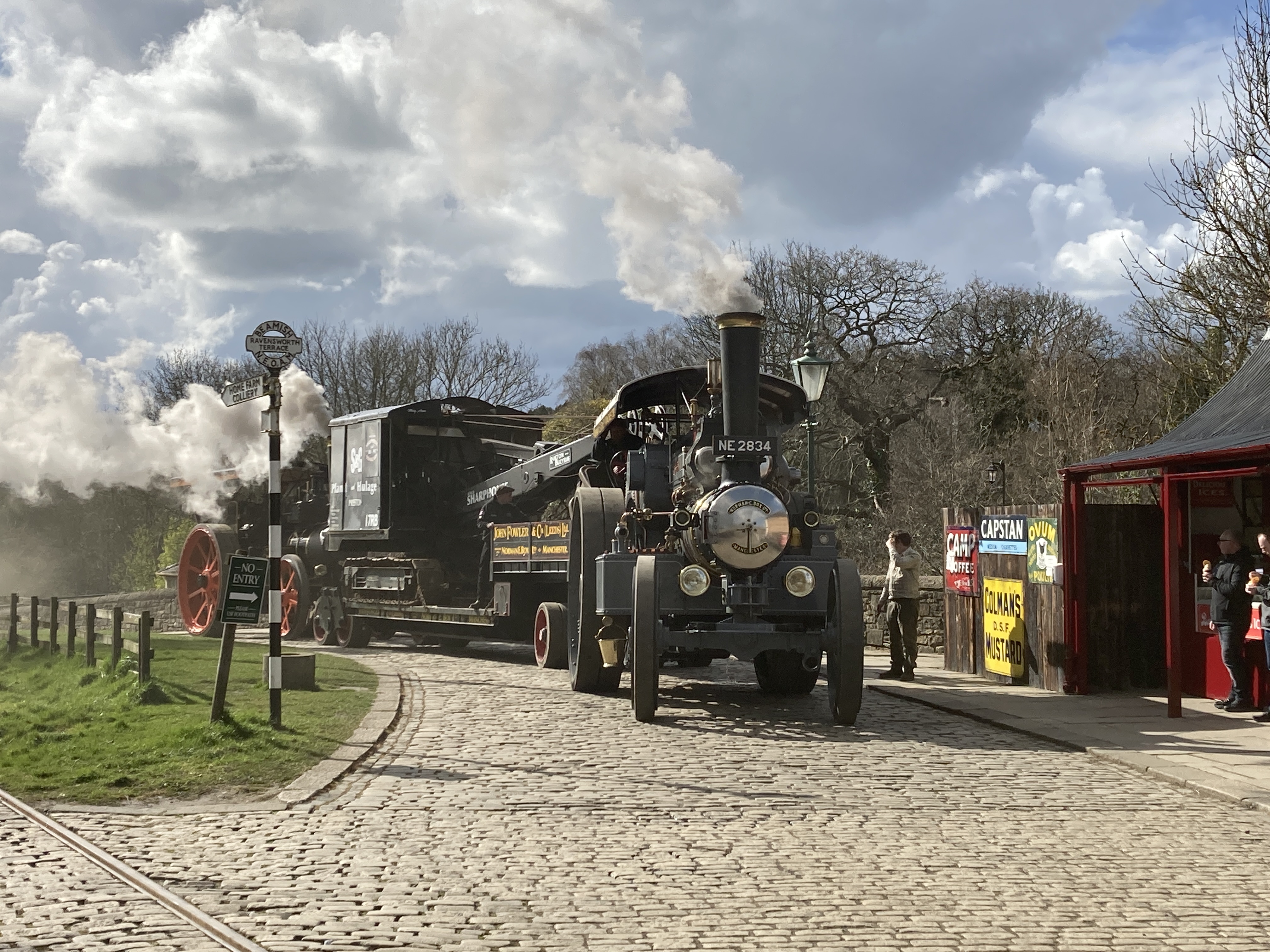 Below: I’ve wanted to see heavy haulage at Beamish ever since we started the new format of steam events in 2009 – so it was very satisfying to see the spectacle and enjoy it. 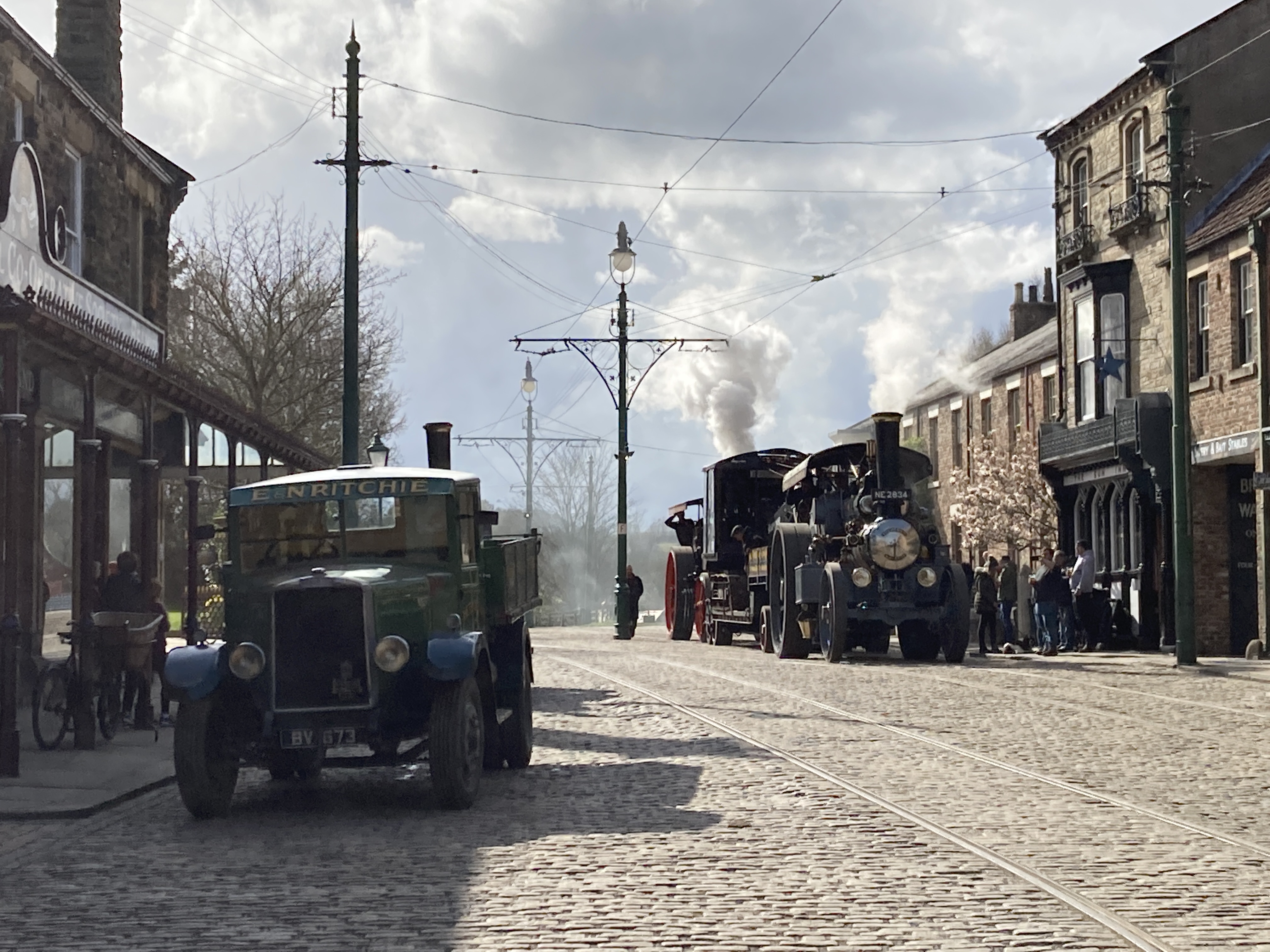 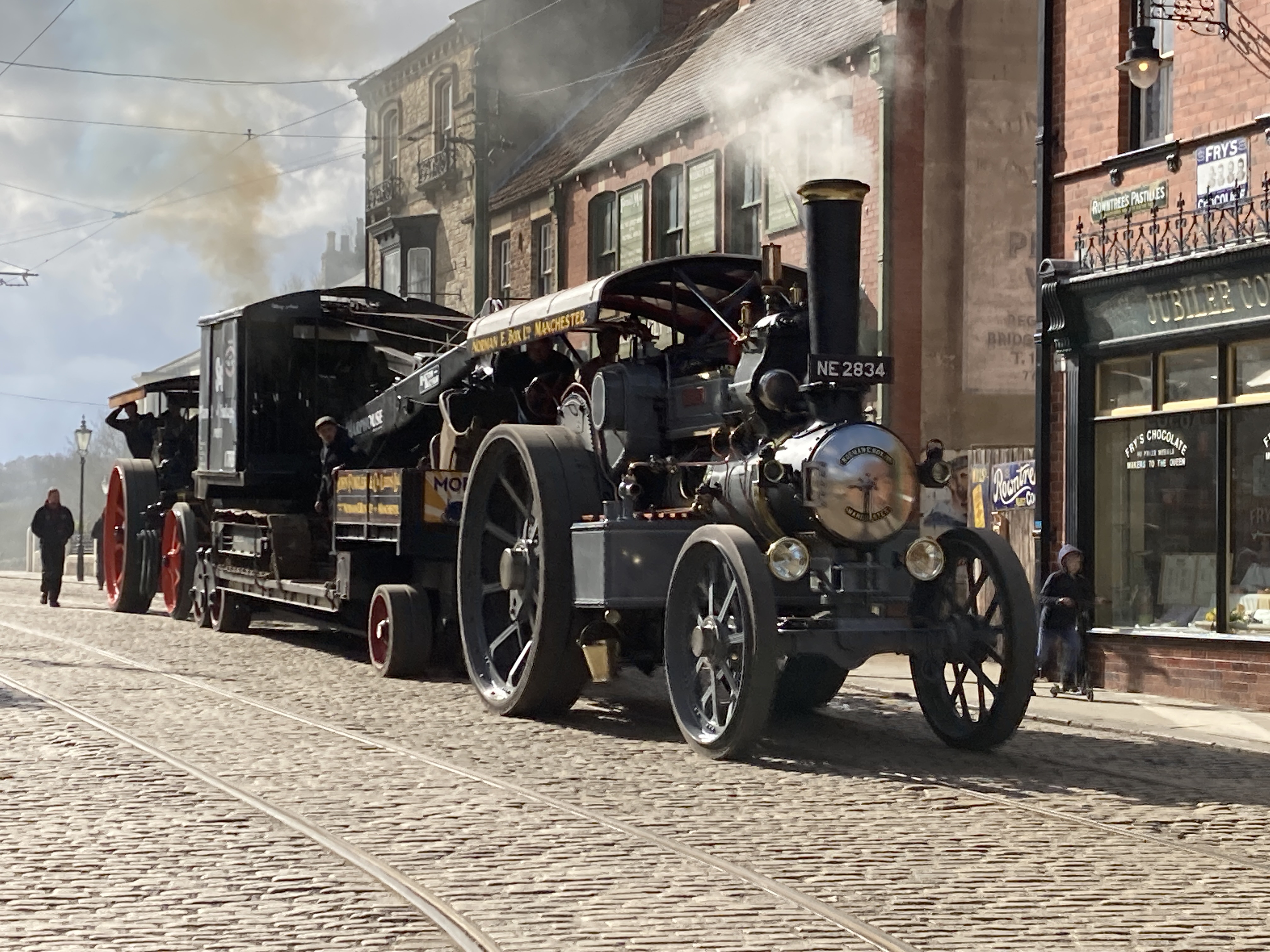 Below: I mentioned in the last post that this coal is very smoky… 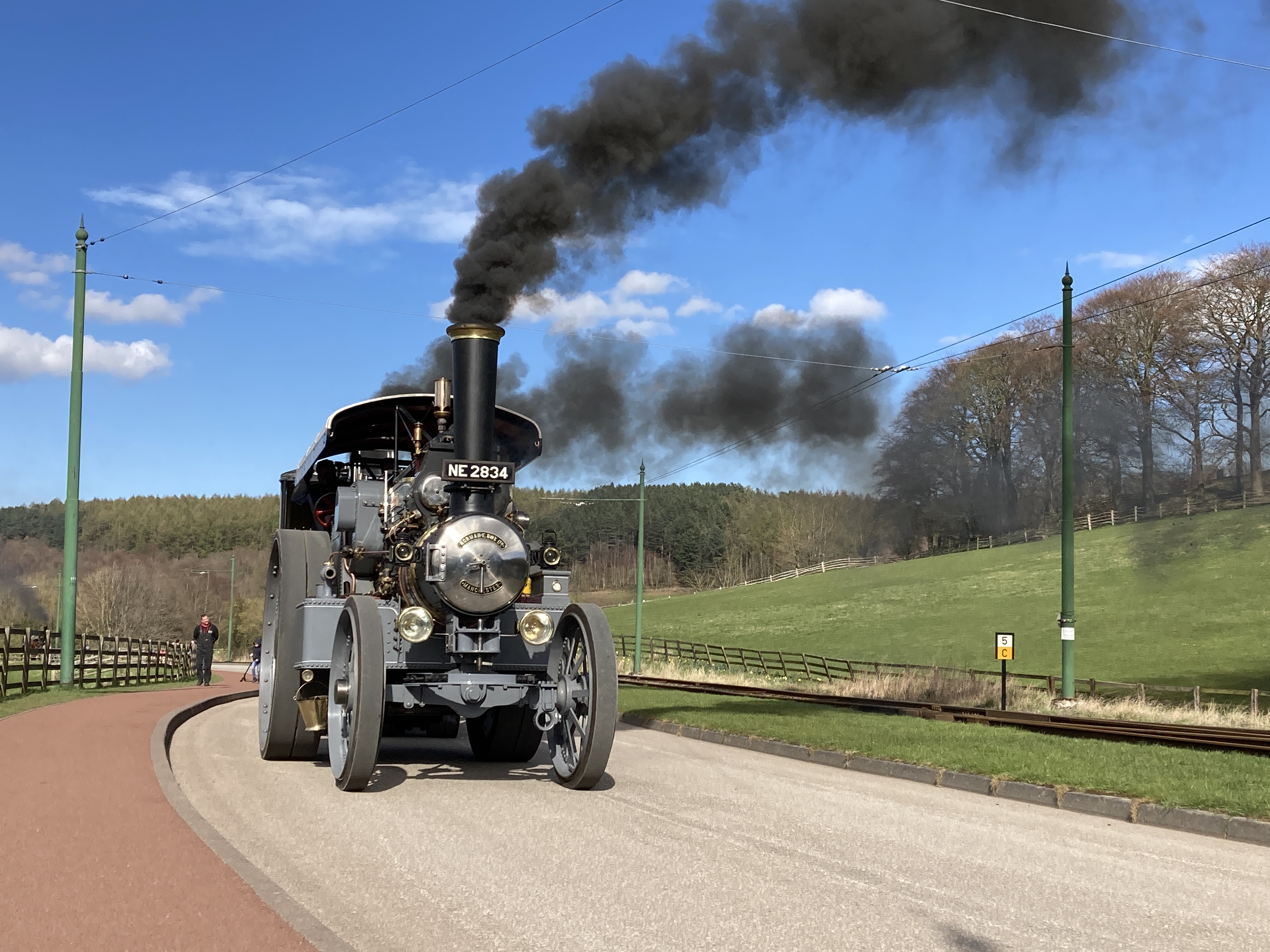 The tests were successful and as more exhibits arrived (around 22 road steam engines will be in operation, plus the Waggonway, Colliery narrow gauge and standard gauge railways and a variety of internal combustion vehicles too) we closed proceedings around 4pm – the last day the museum is on winter opening hours.  From tomorrow it is 10 – 5, everyday of the week, through to the end of October…