Readers may recall me introducing the idea of the ‘Beamish Steam Mule’ some time ago. We have been quietly progressing this project as part of our ‘Steam School’ plan, the creation of a training facility for staff and others in the operation of steam equipment at Beamish. As part of the classroom activities, a sectioned boiler has been prepared, a valve gear model overhauled and the Steam Mule built. There will be other items added as we progress. We now have some funding for this and are hopeful that tuition will start next Spring…

Below: A reminder of the inspiration for the Steam Mule… 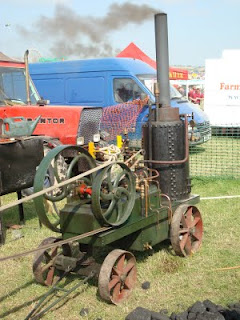 Below: David Young is single handedly rebuilding teh rather poor horizontal engine for incorporation into the mule. This proved so poor on dismantling that much of it has been re-made or replaced. This view shows the new bedplate (to replace the sheet of steel the original was mounted on!). David made the pattern for this – probably his most challenging job to date, and the result is superb. Note the cylinder (original) sans steam chest (a new one is being made) plus the phospher bronze cladding. A new end cover will also feature. 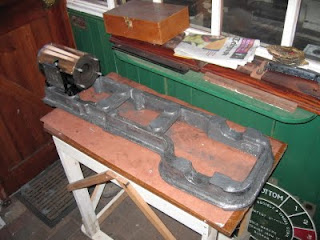 Below: David set up the bedplate for drilling and tapping the mounting holes. Tanfield had previously faced off the pads to create a true surface to work on. 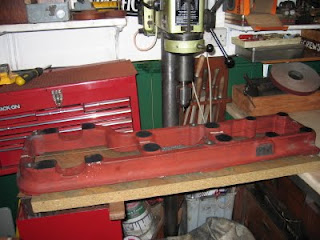 Below: The bedplate turned for drilling through the reverser cross-shaft. 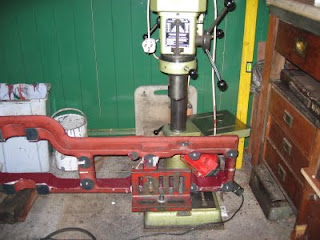 Below: The completed water pump. David has overhauled this and modified the hand actuated mechanism to make it both more efficient and improve the design. This will mount on a cross member of the frame, to be built shortly by John Moore at Bowes. This will also have a rivetted water tank slung underneath, which John will also make. 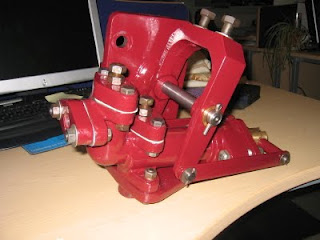