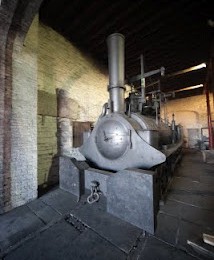 Paul Jarman / May 9, 2011 / Leave a comment / News
9th May 2011
Lots has been going on over the last week – apologies for lack of postings lately.
Below: A returnee to Beamish is Hetton Lyon, the Hetton Colliery Locomotive formerly on display at Beamish from the 1970s until only a few years ago. The National Railway Museum has allowed a new loan so the 1852 built loco arrived at Beamish during the week for a further period of display, returning to the same location in the Great Shed as it had previously occupied! 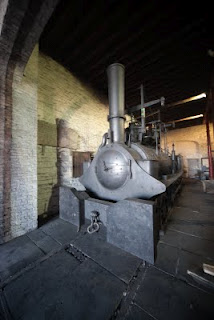 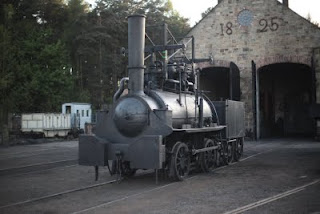 Below: In the evening a line up of Waggonway motive power was possible… 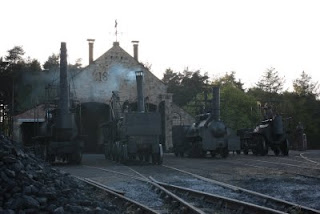 Below: Two replicas and an original… 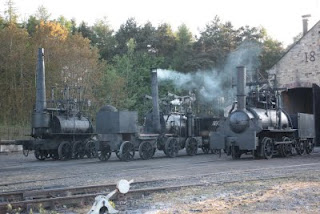 Below: Thanks to David Othen for this photo showing Dunrobin and 58A arriving at Halifax aboard a CN Rail flatcar. As I write this it should be at sea… I’ll report more as soon as we have more to report! 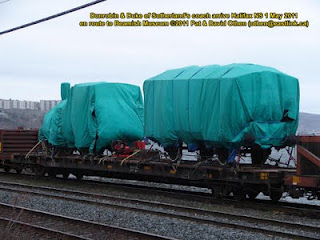 Below: 513 has been under test at the East Anglian Transport Museum. Much remedial work has been required following its years mothballed and only occasionally used at Blackpool, work which the EATM is currently undertaking to bring 513 up to scratch – it is seen here during one of its test outings. See the EATM website for details of the launch into service. 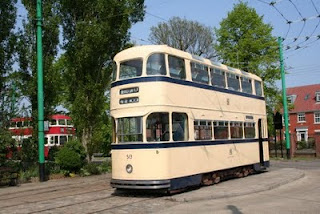 Below: David Young has been as busy as ever – these components are the castings and fittings for the pair of sandboxes for Lewin, which are now complete and await painting and assembly. 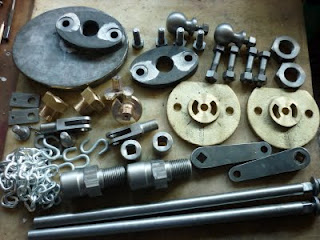 Below: Thanks to Colin Slater for this photograph of Locomotion during its visit to Locomotion over the May Bank Holiday. It is now back at Beamish. 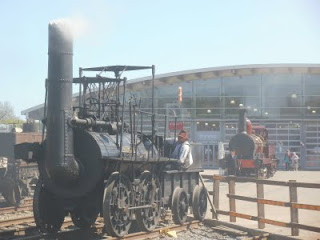 Also arrived back at Beamish is Blackpool 31, which has seen service over the last few sunny (and one very wet!) days. Meanwhile our NER bogie coach 3071 (which carries the incorrect number 818) has been moved from the Tanfield Railway to the North Yorkshire Moors Railway for use over the early summer galas there. It will return to Beamish, probably in June, whereupon a scope of work can be devised to service and repaint the coach. Also in coach news we have reached a preliminary arrangement with the National Railway Museum to restore the 1865 former Stockton & Darlington Railway ‘Forcett Coach’ which was at Beamish from 1975 to the early 1980s. More of this will be announced in due course but in the meantime the coach has been moved to a contractor at Beamish’s expense in order for a full survey to be carried out.

← Holiday Reading!
Dunrobin on the move! →