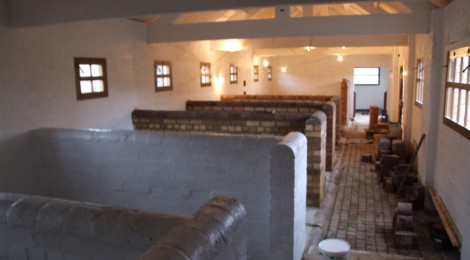 News from the Colliery

Work is once again picking up pace for the final push at the Pit Pony Stables, in the Pit Village. The building is now wind and watertight, which is just as well given the recent weather conditions. The interior work has been moving swiftly as there has been little opportunity for the team to get on with outside jobs. Below are some shots of the current work in progress, apologies for the slightly blurry mobile phone images. 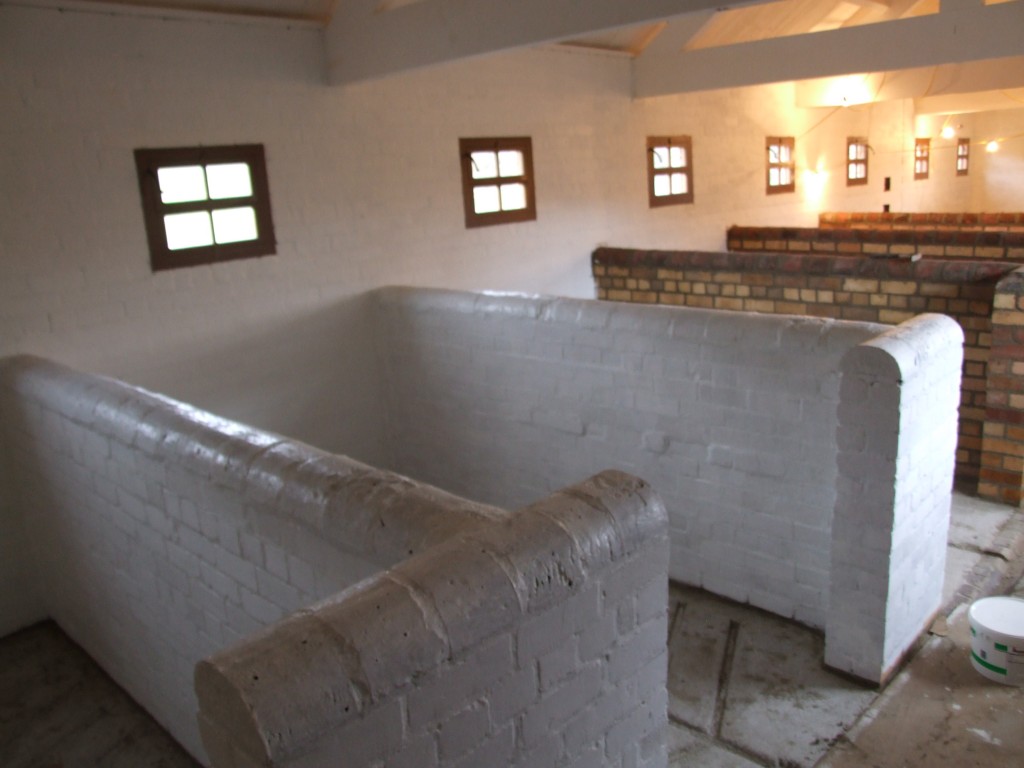 The interior partitions are in the process of being built up. These are being constructed out of brick with half round copes, with a liberal coat of white paint. Over the next few weeks the last remaining jobs will be dealt with. This includes, the construction and fitting of gates to each of the stalls, electrical fittings and plumbing.

During the brief dry spells work has progressed on the tubway in front of the stables. Some shuttering will now be constructed around the track, and as soon as the weather permits, concrete will be pored to form a solid base. 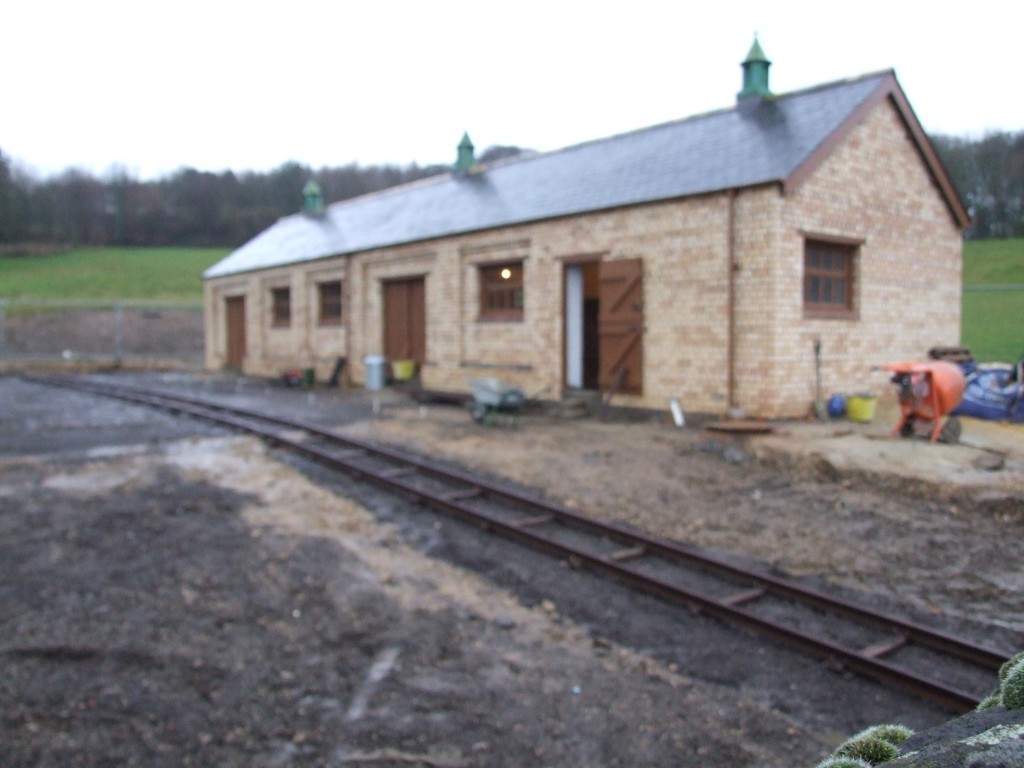 Stables on track (pardon the pun)

Work has also continued in the Winding Engine House to repair the main steam valve. The gaskets in the valve have been a problem for some time but the size of the valve does not make it easy to remove. After making the new gaskets Dave, Tony and Mat began the awkward task of refitting the valve. With the use of a hoist, acro prop, brute force and a mornings work the valve was back in position.

As the Winder is not steamed during the winter months we will have to wait a few more weeks to test the joints. 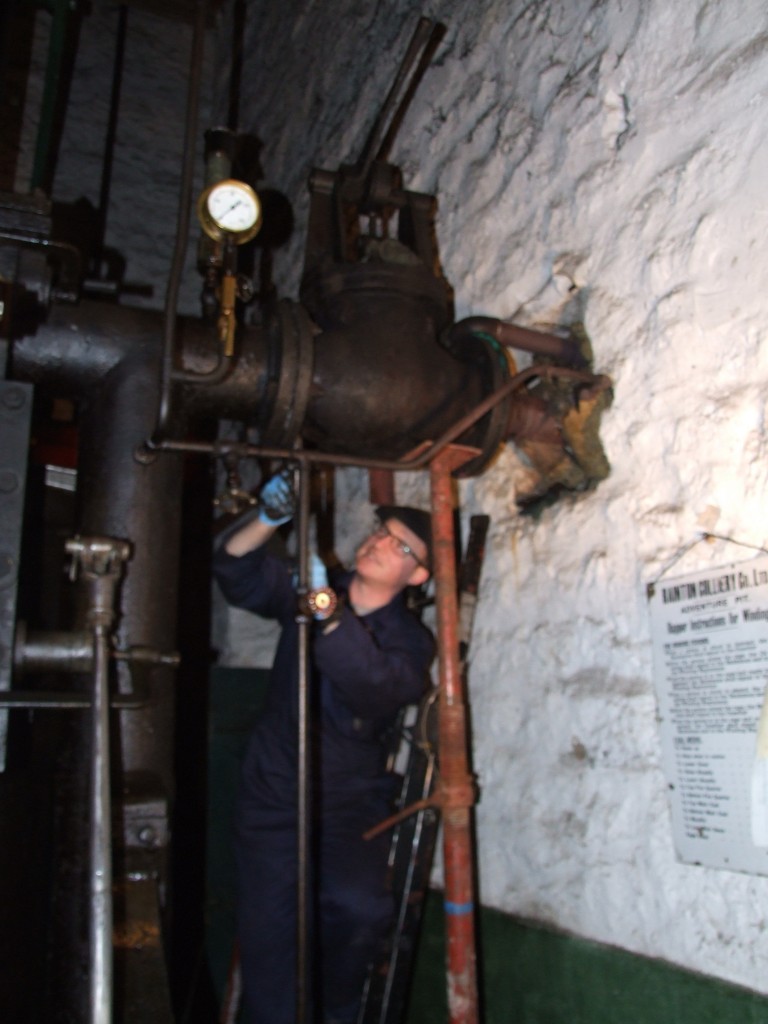 One side attached, one to go.