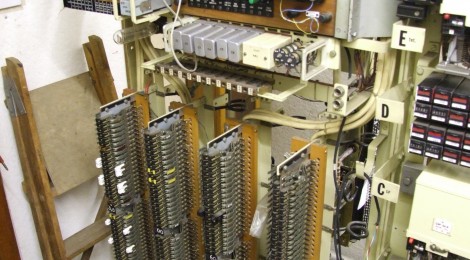 News from the Telephone Exchange

Our band of ex-BT volunteers are starting to make real progress with the telephone exchange. The exchange is working more reliably than it has for quite some time. As facilities in the exchange are quite cramped we decided to create a new ‘Telephone Workshop’. After dismantling old exchange room, which housed the Siemens exchange, we decided the easiest way to create the workshop was to buy a garden shed. 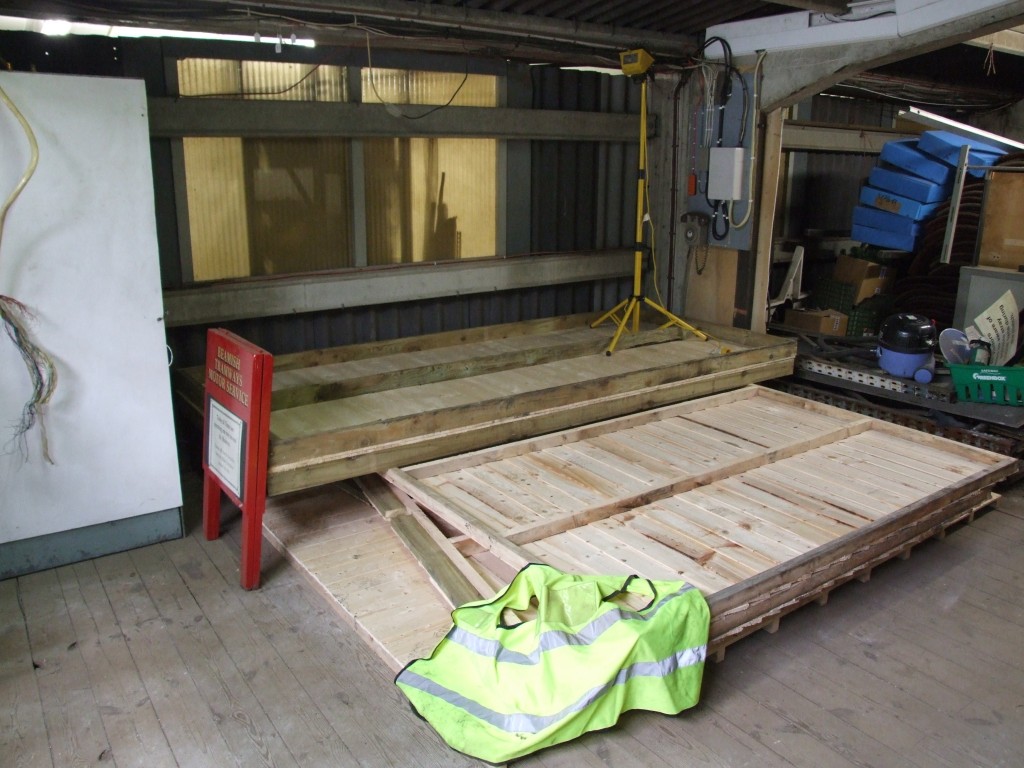 The site of the original exchange room on the mezzanine floor at the back of the tram shed. With the new shed, flat pack style. 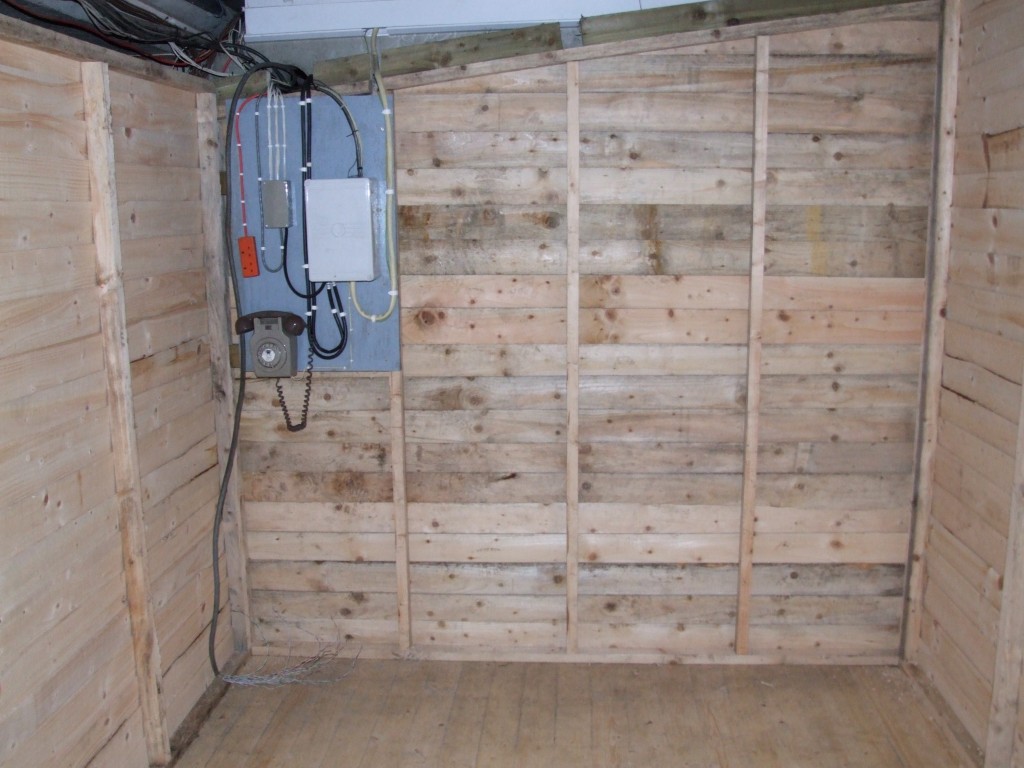 The shed was constructed around the Main Distribution Board. From here the lines go all across the 400 acre site. The smaller DB box controls the impulse clocks around the Tram Depot and Workshops. 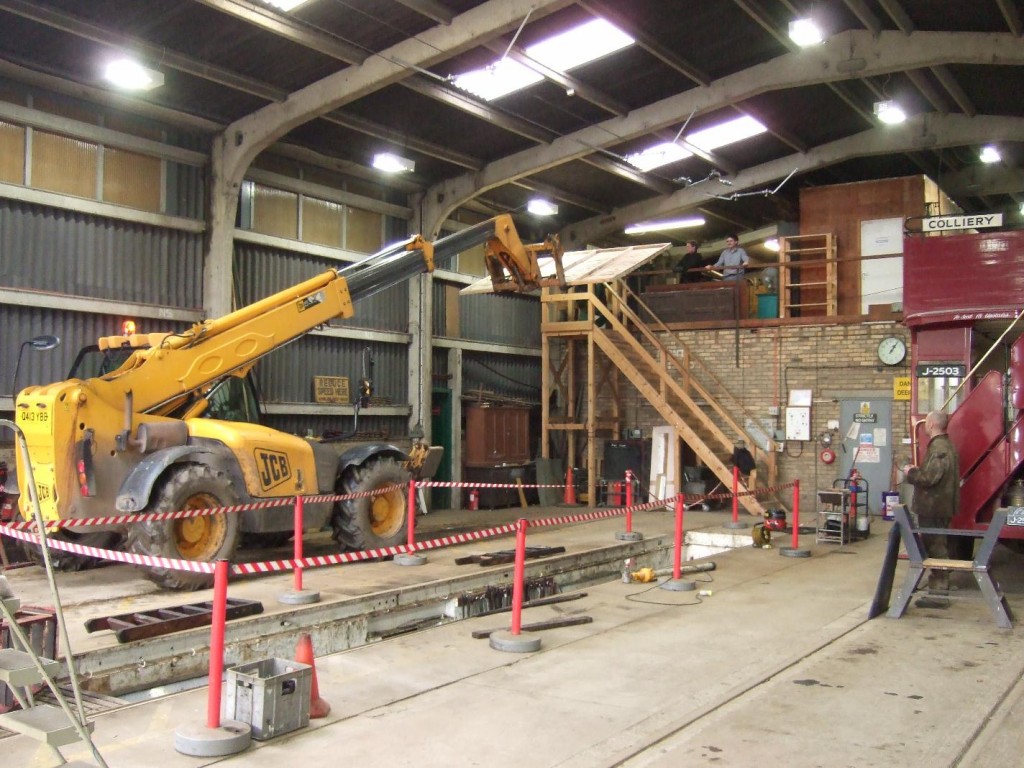 Tacking advantage of an empty Tram Shed, with the shed overheads isolated, lifting the new shed into place was made much easier with a little help from the JCB. the Exchange room is the white door on the right. Thanks to Peter Barlow for the photograph

General maintenance has been ongoing in the exchange, including the painting of the floor which should make it a much cleaner place to work.

The dial tone generator had been starting to make some very strange noises.  The dial tone we hear on our phones today is created electronically, however on Strowger exchanges it is created mechanically. The unit was replace by one of the spares in stock, which wasn’t in much better shape. But it gave time for an overhaul before the original motor was put back into action. The dial tone is now back to the familiar purr. 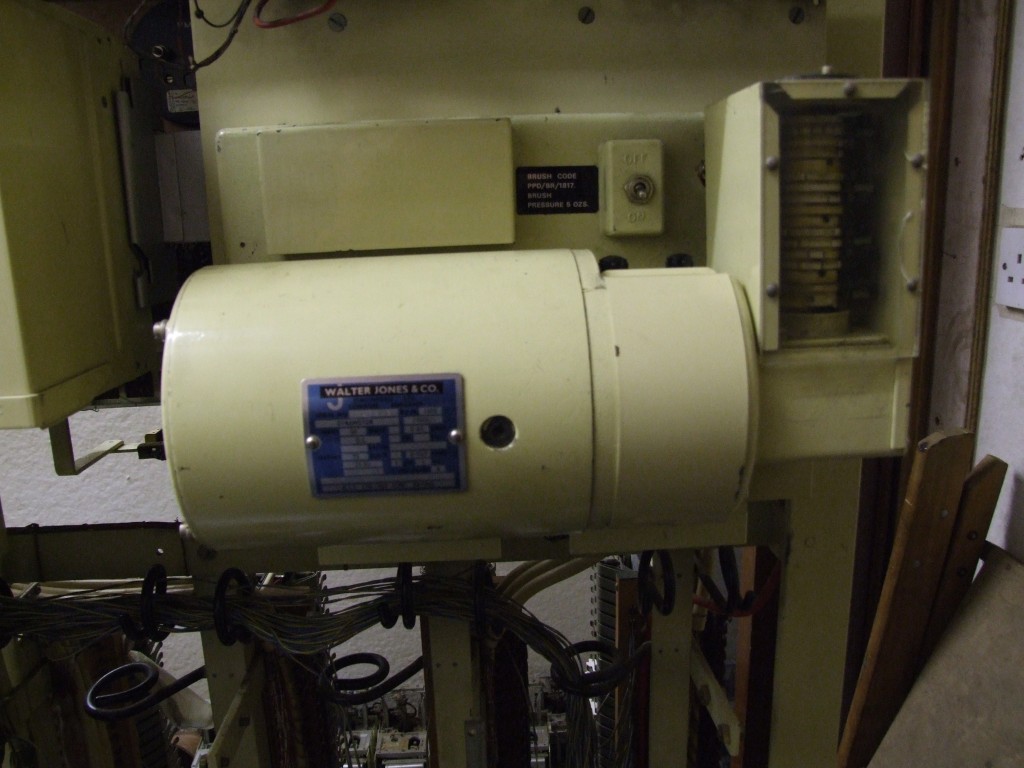 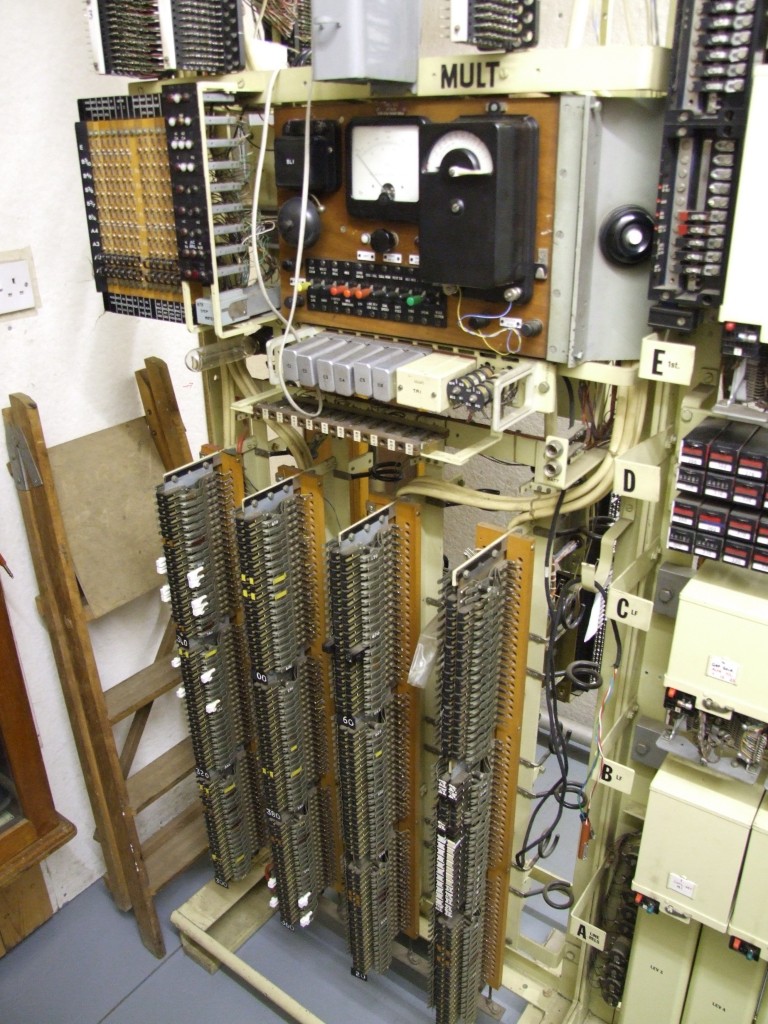 The exchange also has the, built in, facility to test lines from the exchange to the telephone ant the end of the line. However, this facility has been out of action for some years. Rather than running from the main 50v supply the test panel was powered by a separate battery. Thanks to Kevin Clark from the Telecommunications Team at the Bluebell Railway supplying us with a diagram for a modification our team have been able to get the panel up and running from the 50v supply. 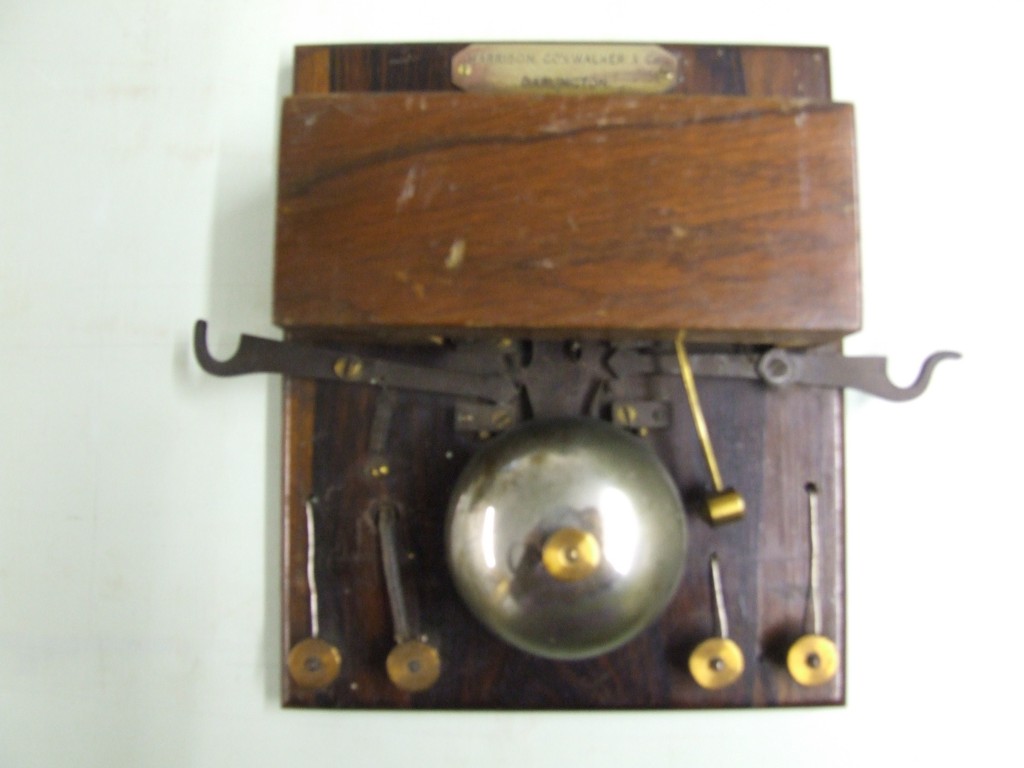 An early telephone by Harrison Cox , Walker and Co Darlington

Whilst rummaging around in one of the museum stores, looking for something entirely different, I came across this telephone. Missing in mouth and ear pieces it is a remarkable simple instrument consisting of little more than some copper wire and a bell. As the makers plate was a local company I brought the instrument back to the office to delve deeper into the companies past.

The company was founded by Edward Cox Walker in 1880. He was the manager of Thomas Cook and Sons Optical Manufacturers. However the he was not the brains behind the design of the telephone. The curate of Bolton Percy, near York, Henry Hunnings spent much of his spare time exploring and researching the use of electricity. After Alexander Graham Bell’s successful experiments Hunnings read the resulting reports with great interest. He then set about creating his own device.

Hunnings was granted a patent to his devise in 1878. Edward Cox Walkers company then set about turning the design into a salable telephone. To publicise the instrument a demonstration was carried out by linking the railway stations at York and Darlington, a distance of 45 miles. (Prof J Matthews,
Yorkshire Philosophical Society)

Once suitable mouth and ear pieces have been located the telephone will be found a home in one of the museums exhibits.