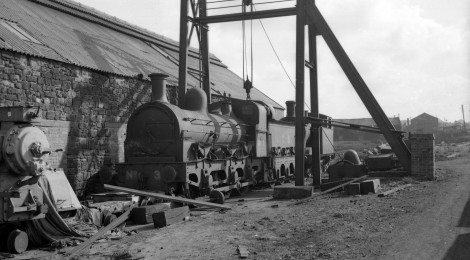 New and interesting photographs continue to emerge from collections, online auctions and donations – here is a smattering of some of the recent material that has landed on my desk (or in my inbox!)… If anyone has any further information on any of these scenes, I’d be very pleased to hear from them.

Below:  We start with a superb photo which shows the construction of a cooling tower at ICI Billingham in the 1920s and is notable for the fantastic (wooden!) scaffold/structure for shuttering in place for the construction work and the overhead ropeway (not associated with this construction).  Railway lines criss-cross the area and it looks like further construction is planned in the left background of this view.

The enlargement shows a lorry being unloaded in the foreground, the name of the contractor (Fred Mitchell, Manchester) and also a substantial concrete mixer.  Also of note are the workmen’s bicycles grouped against the fence and the iron bodied wheelbarrows – used for carrying cement/concrete and of very substantial design.

It would appear that the lorry shown is a Dennis – probably a de-mobbed ‘Subsidy A’ type 3 ton example, built from 1917 and numbering 3500 examples.  Fitted with a 5.7litre four cylinder petrol engine but developing less than 50bhp (though quite usual for the time).  The ‘Subsidy A’ refers to the 1911 War Office scheme to subsidise civilian operators of buses and lorries if they bought a chassis conforming to a standard specification and on the understanding that they would surrender the vehicle to the army in time of national emergency – as became the case in 1914.  Perhaps the best known examples are the LGOC ‘B’ Type buses, of which one has recently been restored by the London Transport Museum: http://www.ltmuseum.co.uk/collections/projects-partnerships/battle-bus The lorry shown certainly looks well used and so this would tie in with having had a hard life in civilian hands following its return from France.  Of note are the solid tyred wheels, crude cab, oil lamps and fairly heavy looking load (cement?).  On the roof is the load tarpaulin, folded away here but which was probably covering the load whilst in transit. 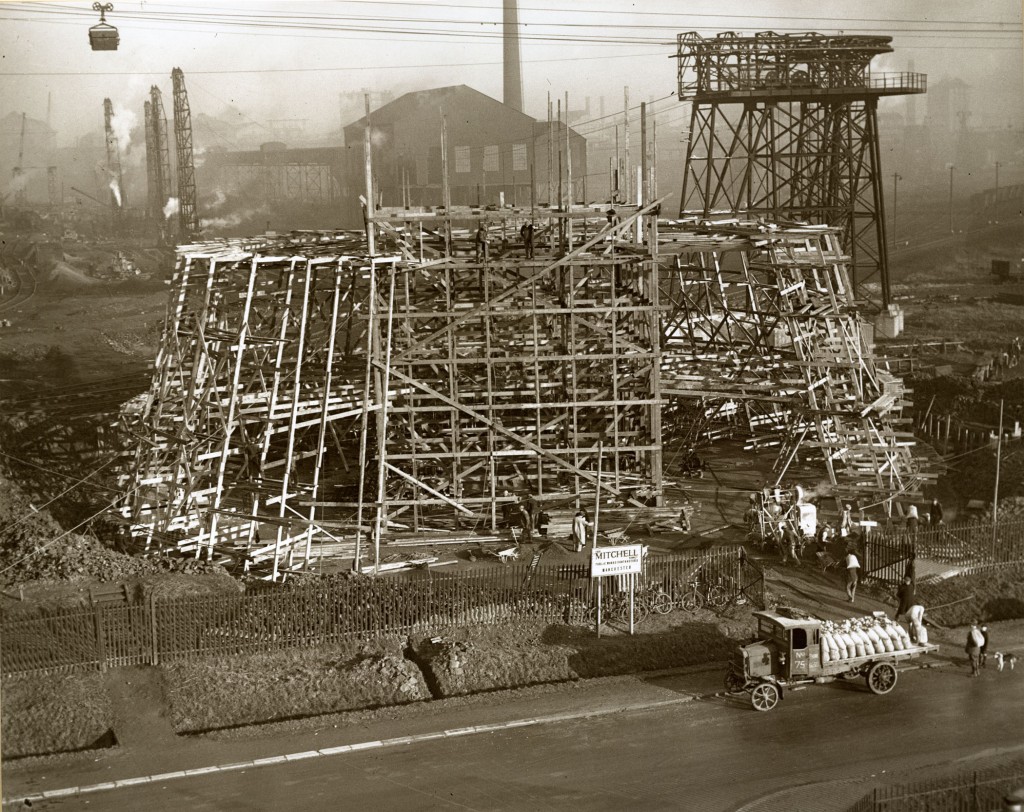 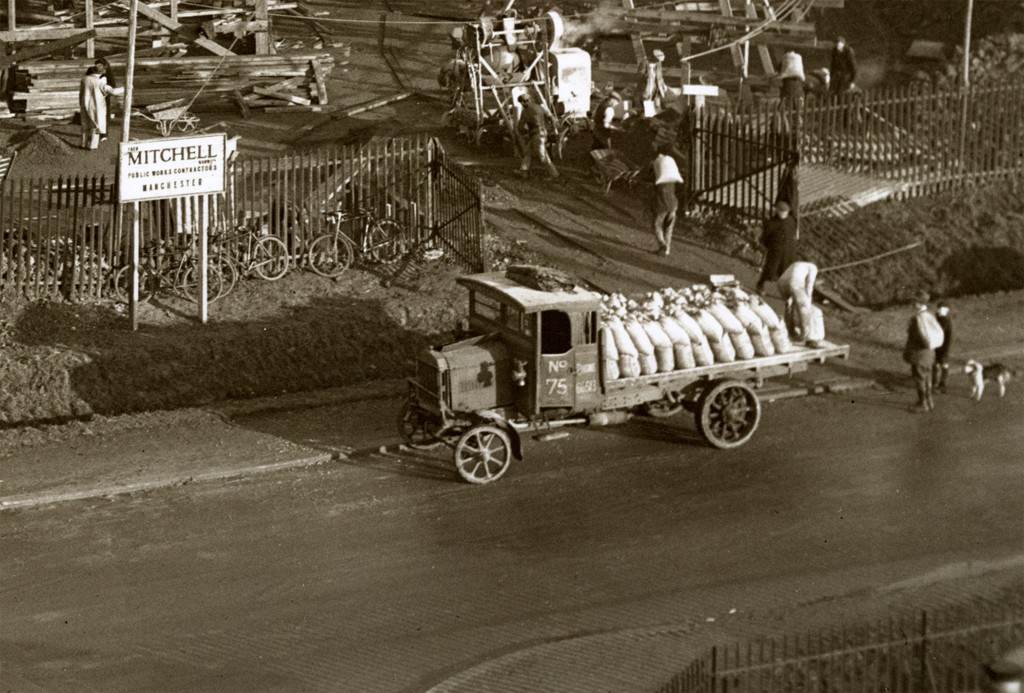 Below: Next up, a ‘mystery’ photo – can anyone identify the location? 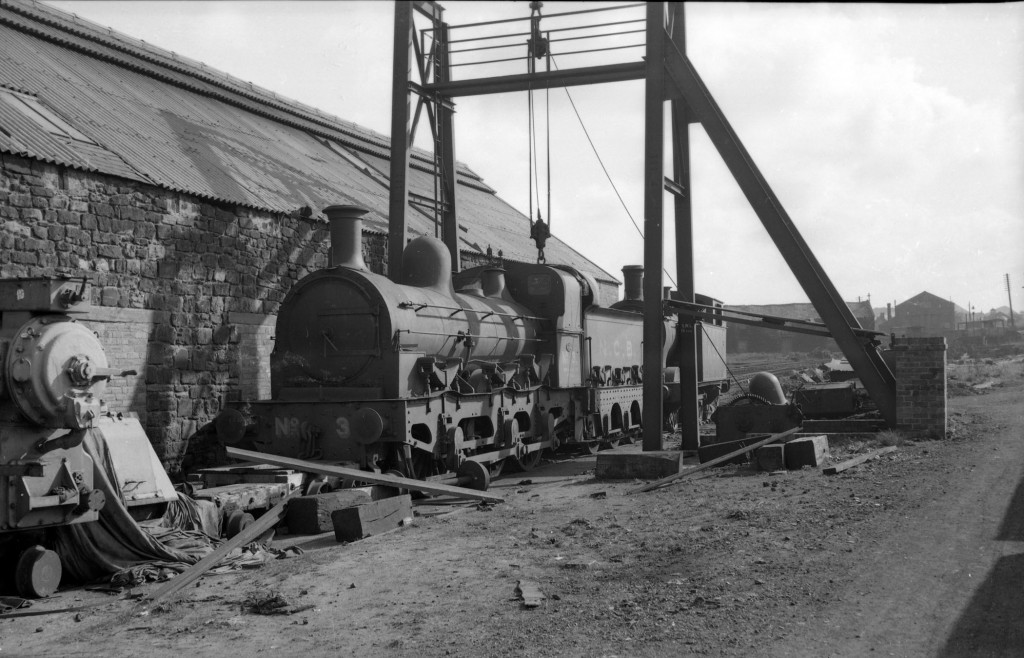 Below: A taste of the future…  Though we will have slightly different lining (per the pre WW1 style carried) and no white tyre walls (which always look so awful and were an addition applied at New Romney from 1950).  The engine is seen at New Romney (I presume) and is perhaps being readied for its departure to Canada.  Studying this view reminds me that really the engine is actually quite small, the large cab and resulting bogie mislead the eye into thinking that it is larger than it really is!  It is more like FR20 with more wheels and side tanks – perhaps not entirely a surprising conclusion given their common parentage.  That further makes one consider the role of David Jones, the HR locomotive designer and who was credited with designing Dunrobin – perhaps he specified the loco for the Duke of Sutherland, but Sharp Stewart designed it around their own house/company style.  Something for further thought I think… 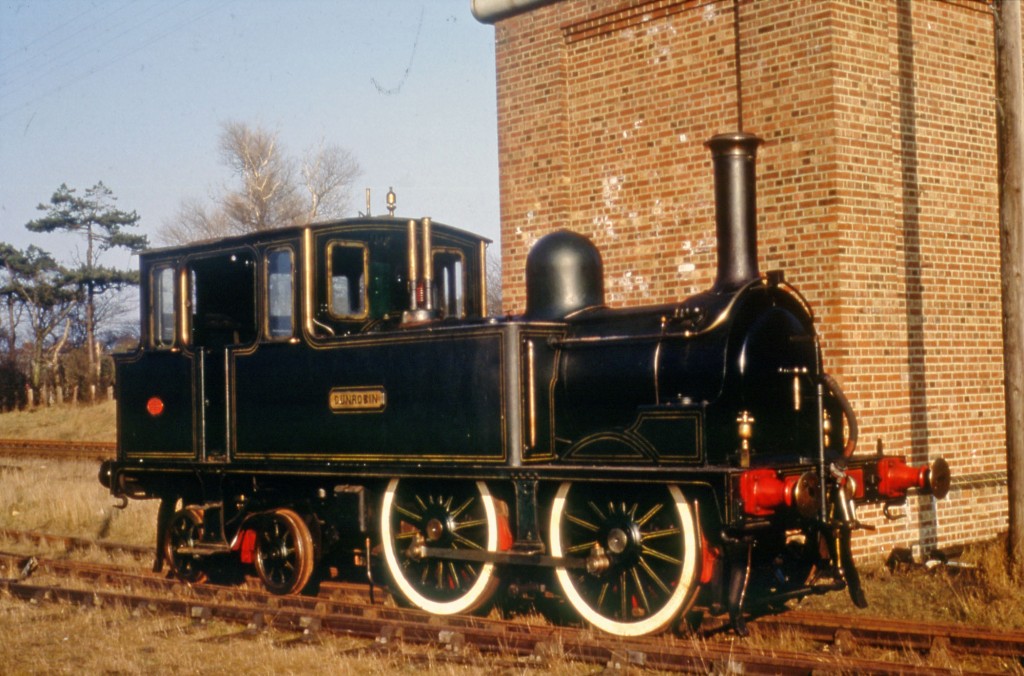 Below: This image, from a tiny transparency, shows BR 26 (Gateshead 10) and the ex Forcett Coach at Clay Cross in Derbyshire – both now Beamish residents. 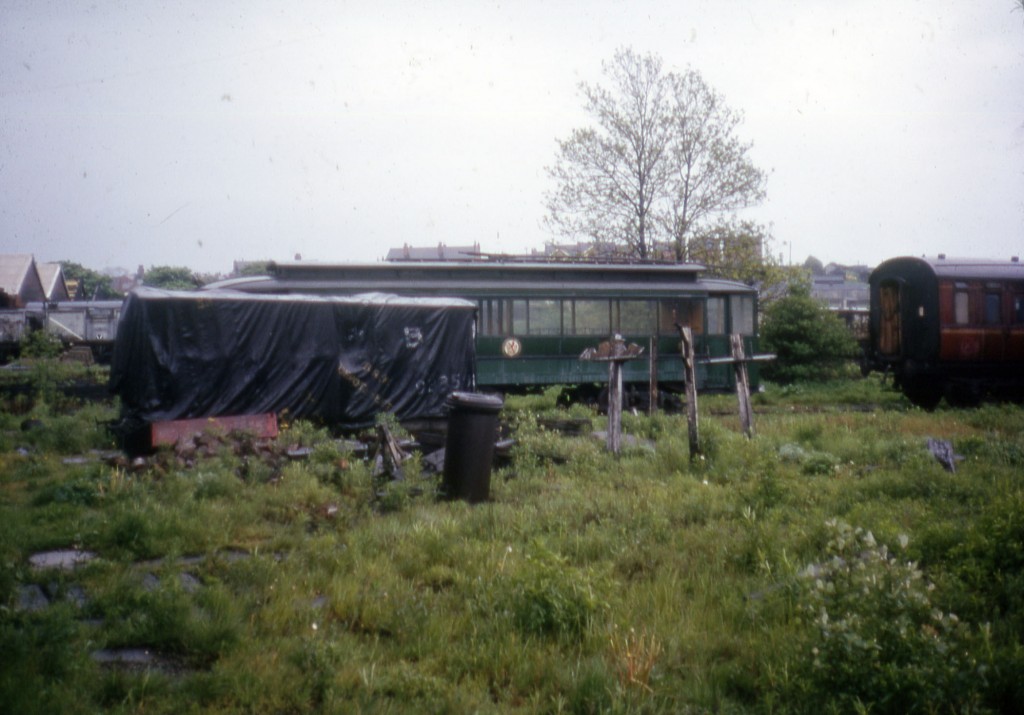 Below: Two examples of what is almost the standard view of No.18 at Seaham Harbour in its post 1960 guise (probably taken c1965 I would guess?).  Note the remains of the lining on the cylinder cover. 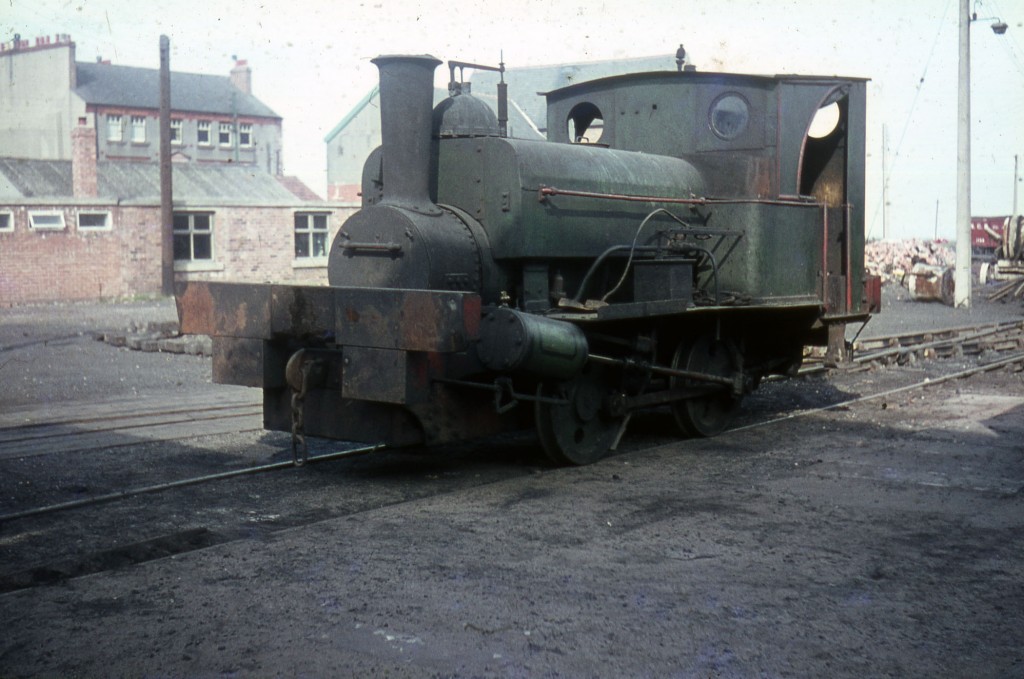 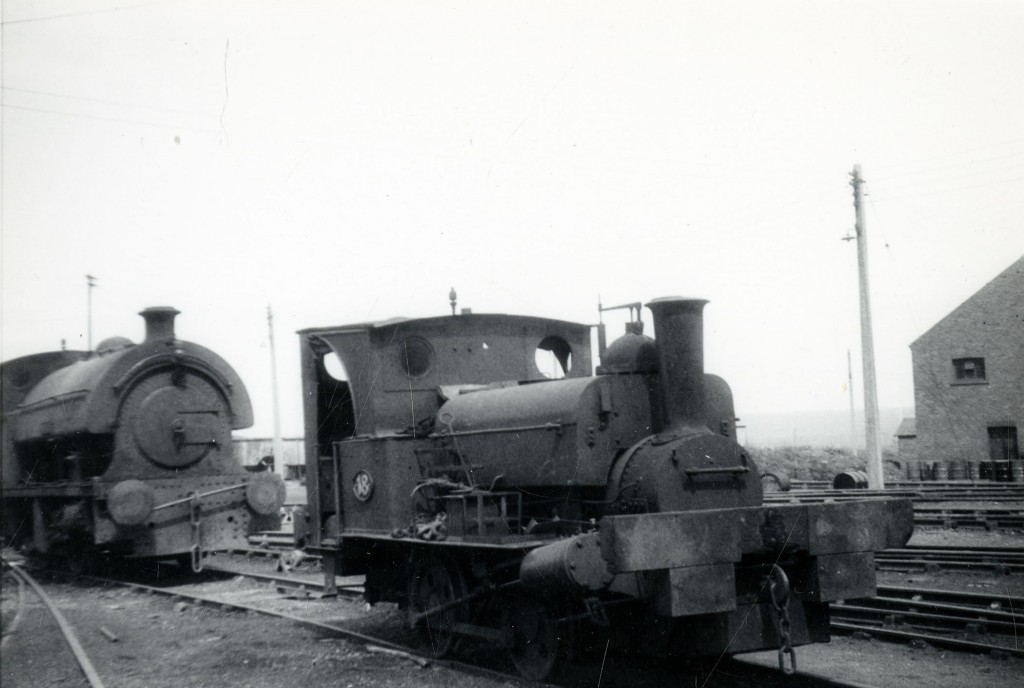 Below: A rare view of Coffee Pot No.1 as it arrived at Beamish (following store at Consett Iron Works and Marley Hill).  It is painted in the livery applied by the apprentices at Head Wrightson in the 1960s and is in the condition they felt best represented it as-built.  Which is the condition we now have it in.  They were limited by available parts and research, and discarded the later additions added to the engine at Betchworth – which were reapplied in the 1984 restoration, which is shown in the second view.  The boiler, being life expired, gave us the opportunity to back-date the engine to its original appearance, the condition that it made its debut in at Beamish in 2010.  Note also the appearance of Malleable (the black locomotive) – then operational (though very tired) and before someone dismantled it and left it as we find it now.  One day though… 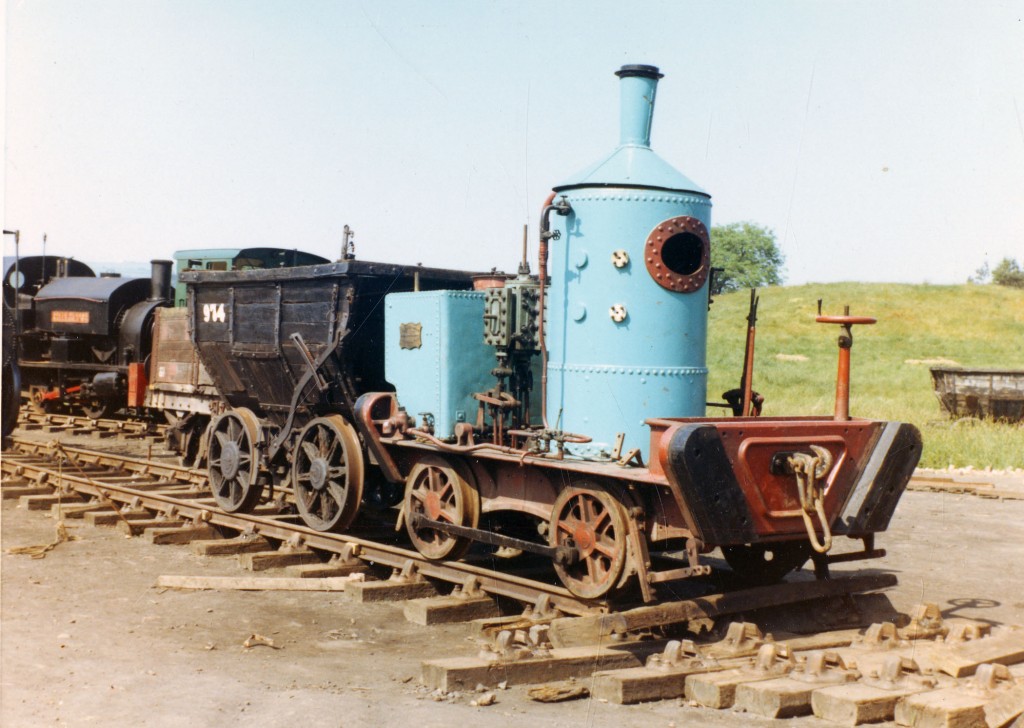 Below: Coffee Pot after the 1984 restoration mentioned above.  Note the mechanical lubricator fitted to the tank top and crudely driven from the lifting link on the valve gear.  It is now (post 2010 restoration) replete with original pattern ‘brass onion’ or ‘fat lady’ displacement lubricators on each cylinder, while the holes remain from the mechanical pump as a curiosity! 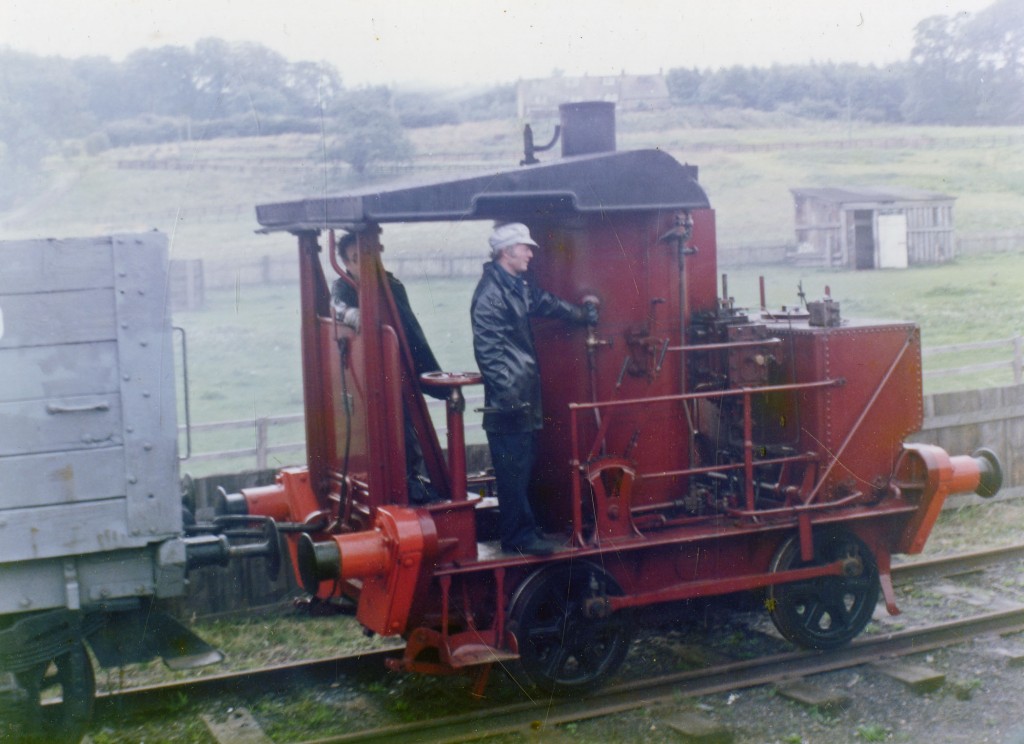 Below: Taken from a postcard image, this view shows a double deck horse tram in Newcastle – similar to but not identical to No.49.  Note the plethora of adverts – the side ones usefully serving as the top-deck ‘decency’ panels, to protect the modesty of any ladies who ascended the steep staircase.  The tram appears very fresh and clean, perhaps new, perhaps recently repainted. 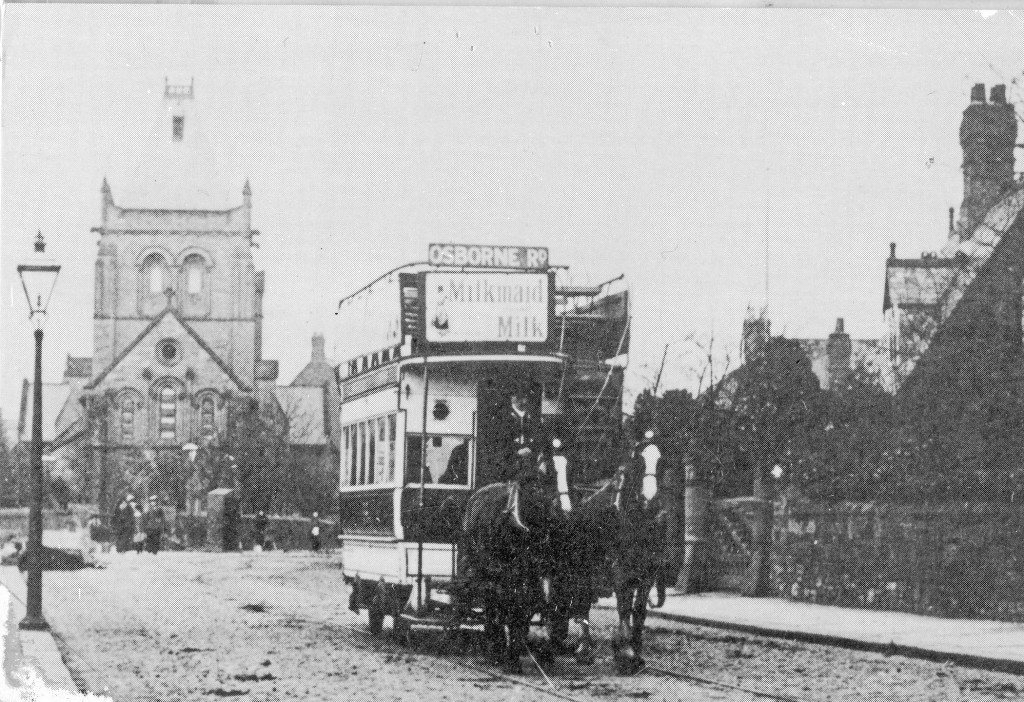 Below: Something a little different, the steam paddle tug ‘Seaham’ against the north wall of the south dock (where the coal drops that are in the Beamish collection originated).  Can anyone shed any more light into this lesser known of the Seaham paddle tugs history? 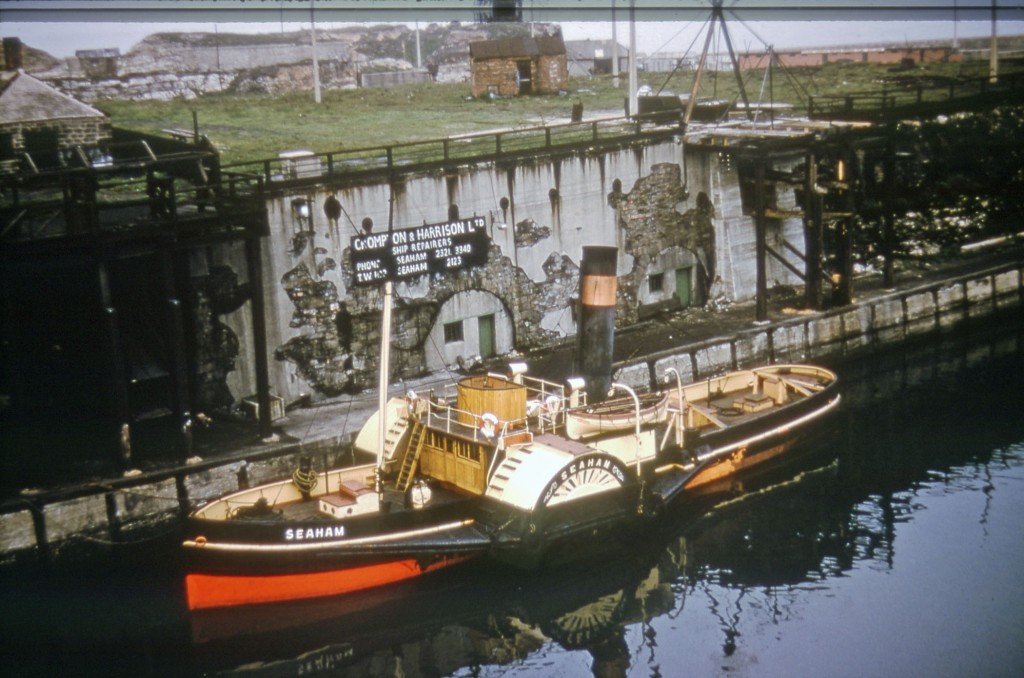