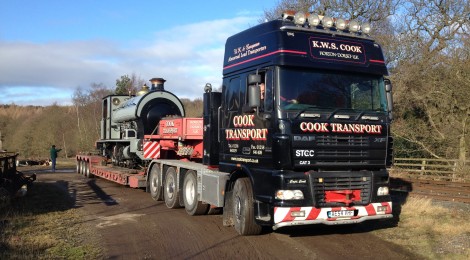 Portbury (or No.34 as we should refer to it as it is in the guise it appeared before being named), arrived at Beamish yesterday (Tuesday), care of Steve Cooke and John Antell.  You can read more on this loco’s history in earlier blog posts, so I will confine this post to a report of the arrival and testing yesterday/today (Wednesday).  The engine is set to remain with us until at least July, operating all of February half-term, then every weekend of our high season (from the end of April) plus special event days etc.  We have been really looking forward to its arrival (plus copper cap chimney and GW whistle – honestly I am showing no bias here!) and its history in WW1 ties in well with the half term themed activities around the Museum which are reported on the Museum web pages and Facebook.

Below: The sun shone for Portbury’s arrival – it looks smaller here than it did when we saw it in Bristol, but perhaps it is delicate in looks when compared to the Barclay we have been used to?  Avonsides (like Pecketts) are quality machines and a casual glance reveals this, to be confirmed when inspected more closely – I would urge you to have a look when it is running! 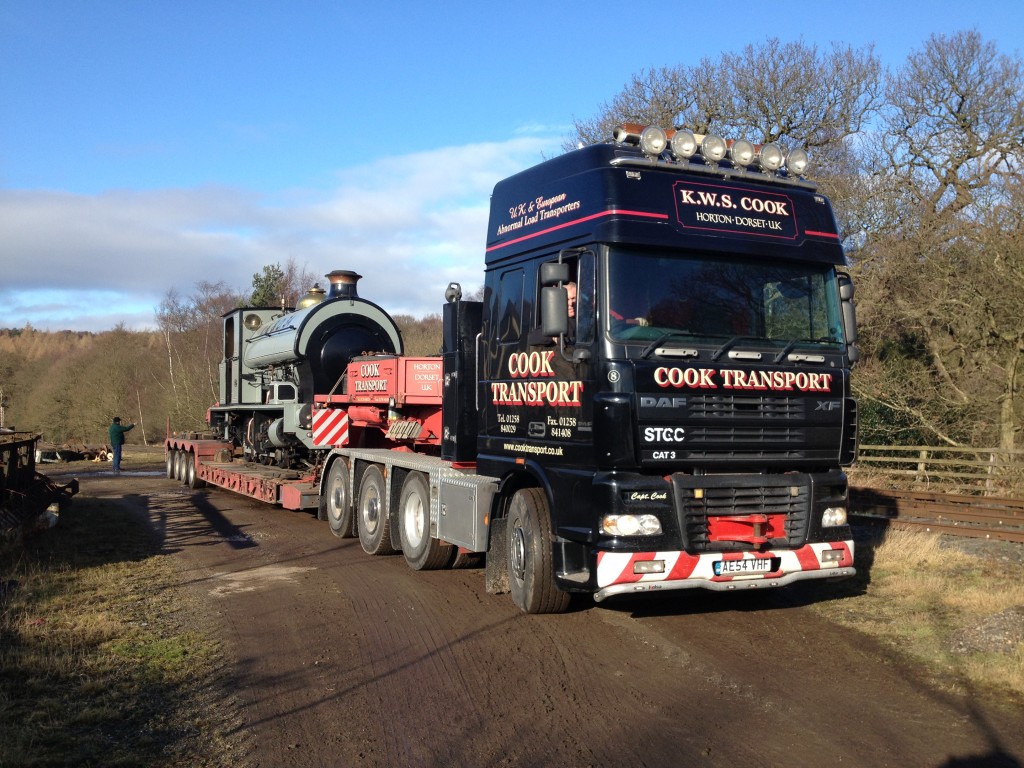 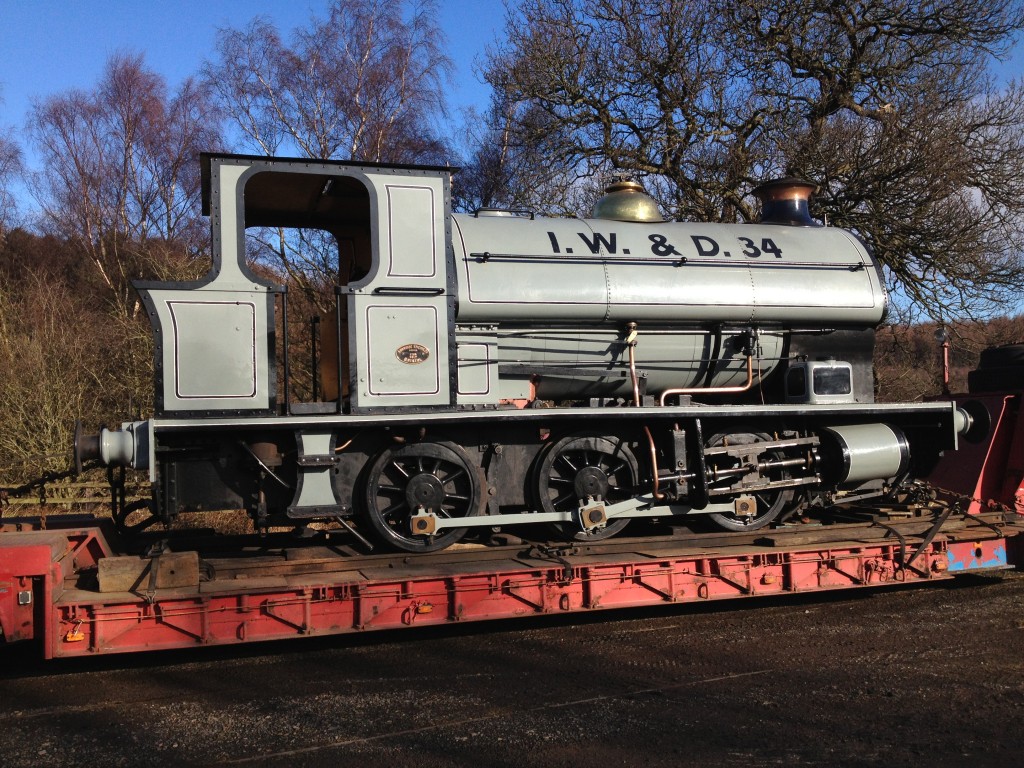 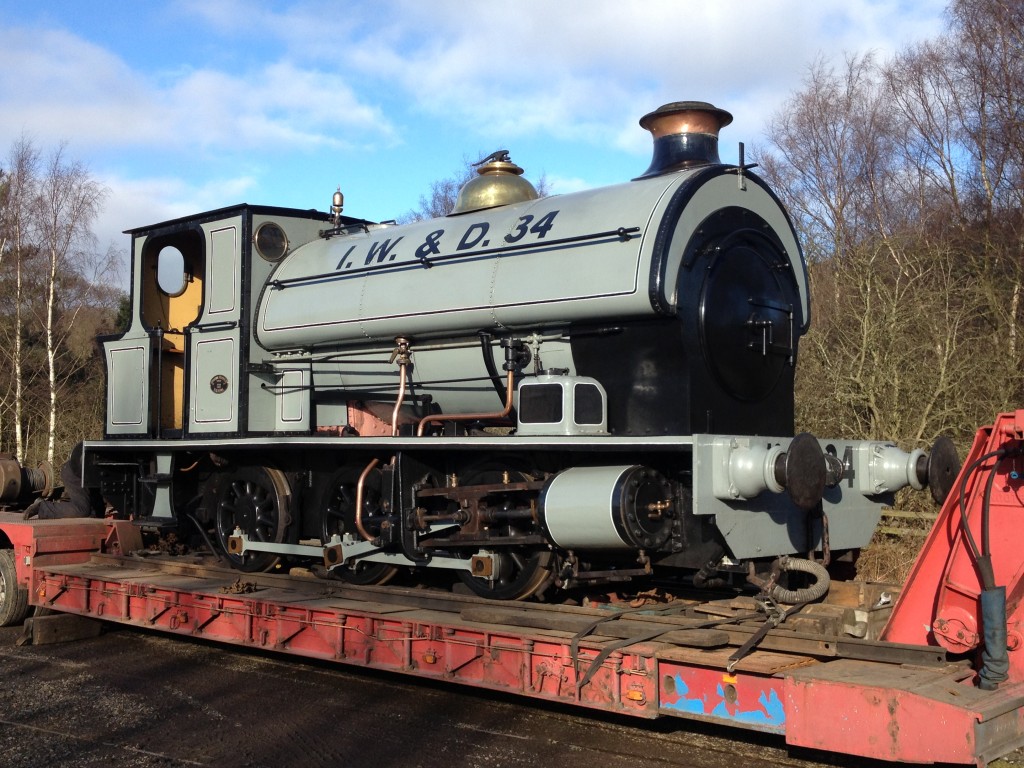 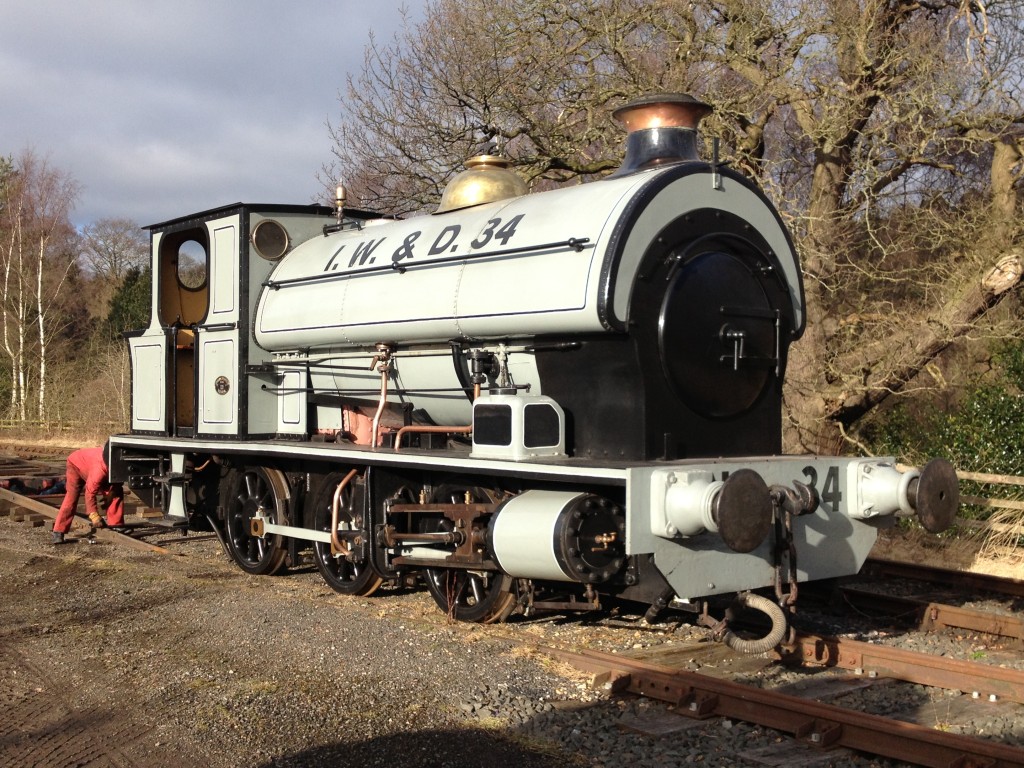 Below: John Howe (now returned to Preston) arrived to shunt Portbury down to the yard before positioning itself ready for loading today (allowing  a day to cool down before heading out onto the road).  Two very different locomotives and surely confirming, as if there was any doubt (!), just how interesting industrial locomotives are… John Howe has served us very well and will no doubt be back in action at its home base, the Ribble Steam Railway. 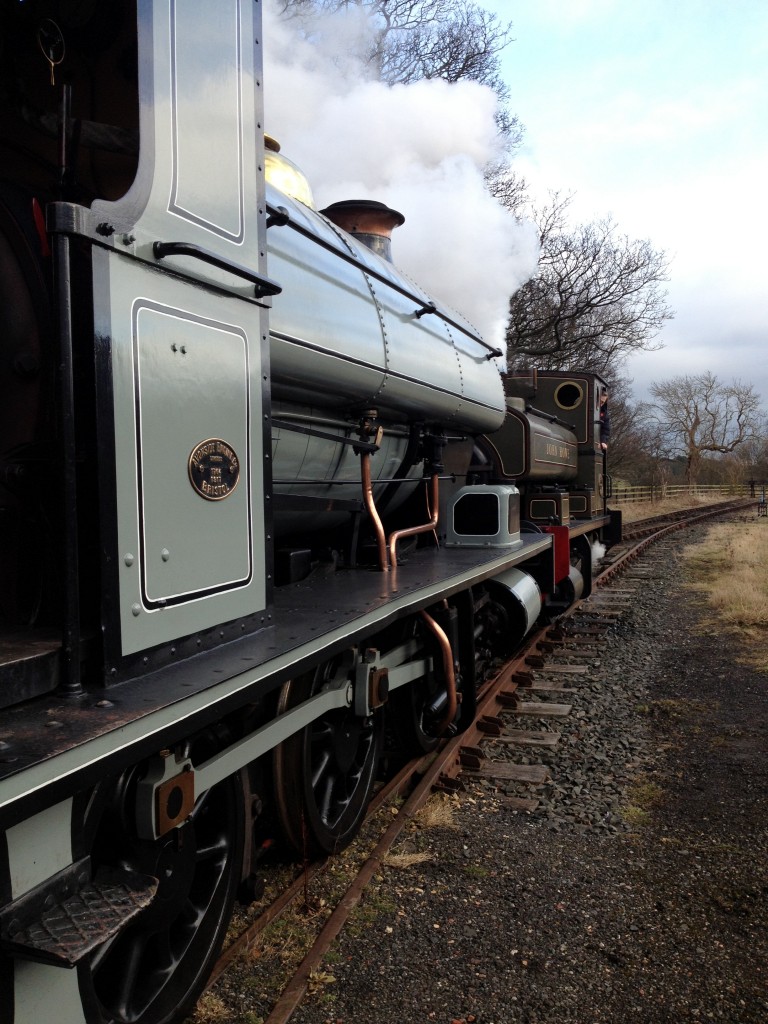 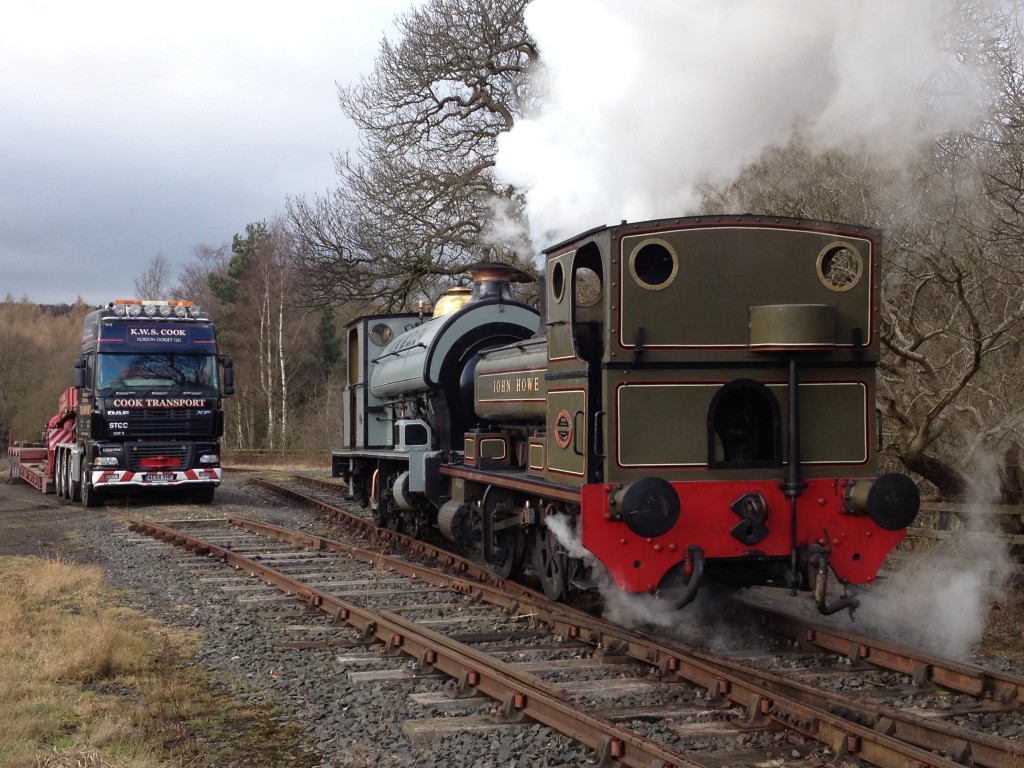 Below: Today Matt brought the loco into steam for its trials and acceptance/commissioning tests.  It has to be said that it runs as well as it looks and we have been very impressed with both the engine and the support (and detailed preparation or its visit to us) by its owners on the Bristol Harbour Railway.  Keeping the lovely grey finish clean will be a priority for our crews! 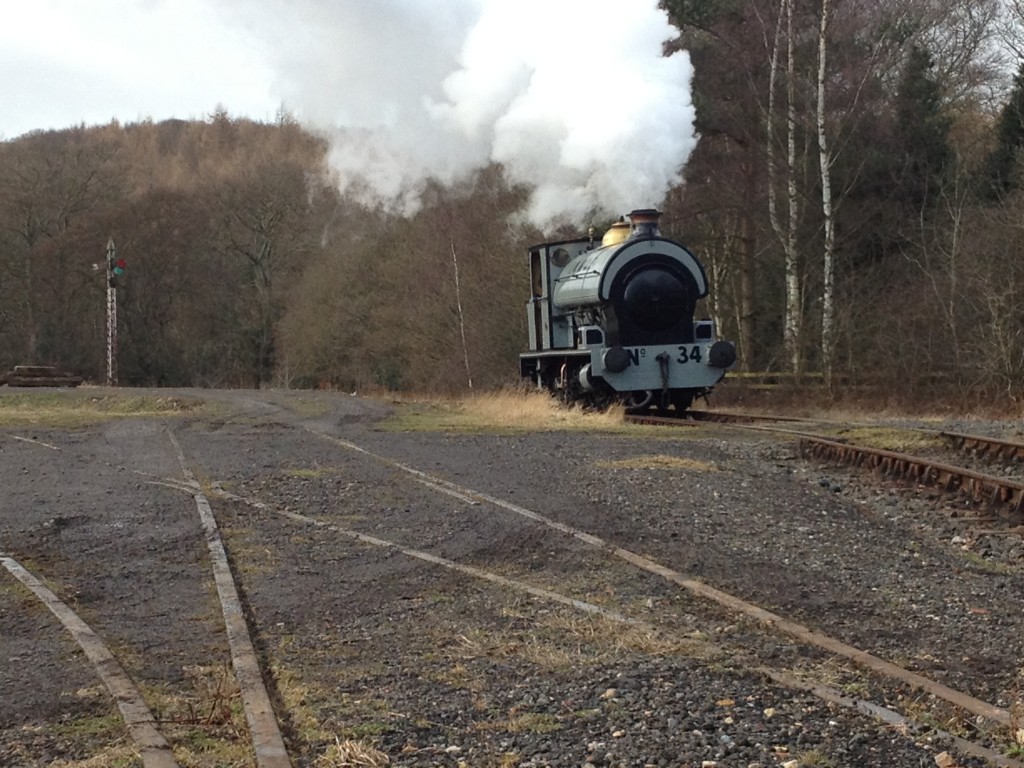 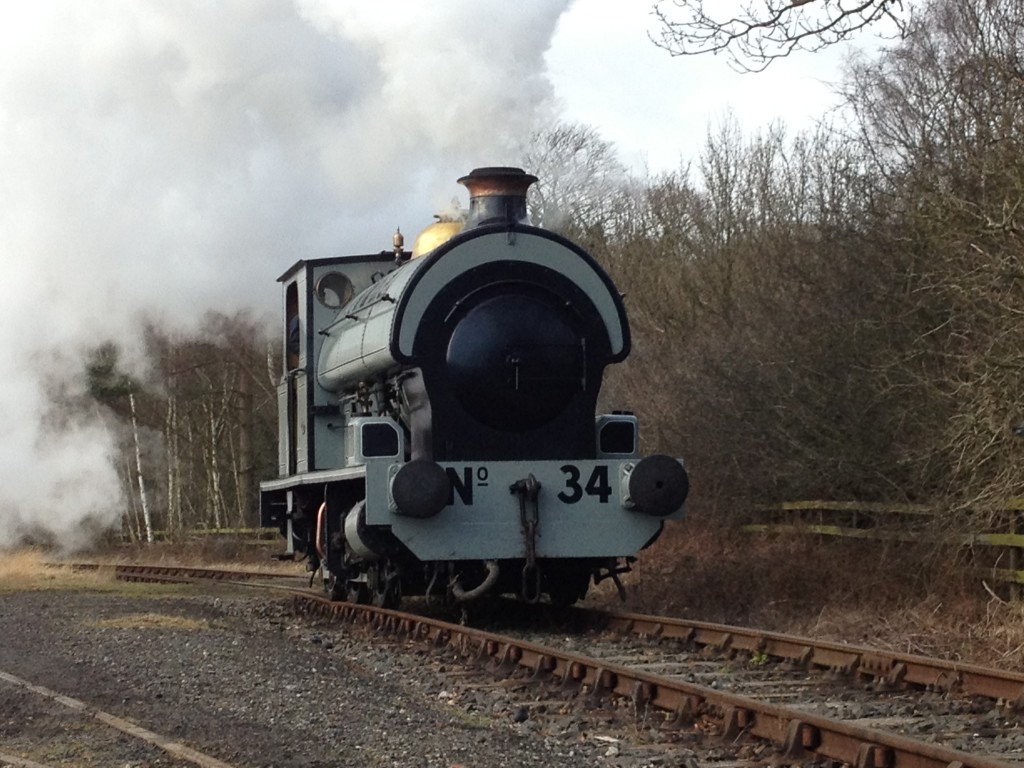 Below: Passing the signalbox, which is showing its new NER colours of buff (dark cream), white and ‘chocolate’ (actually chestnut brow).  Note the refurbished ventilator atop the roof and also gutters – all new wooden replacements for the rather brittle plastic ones fitted before. 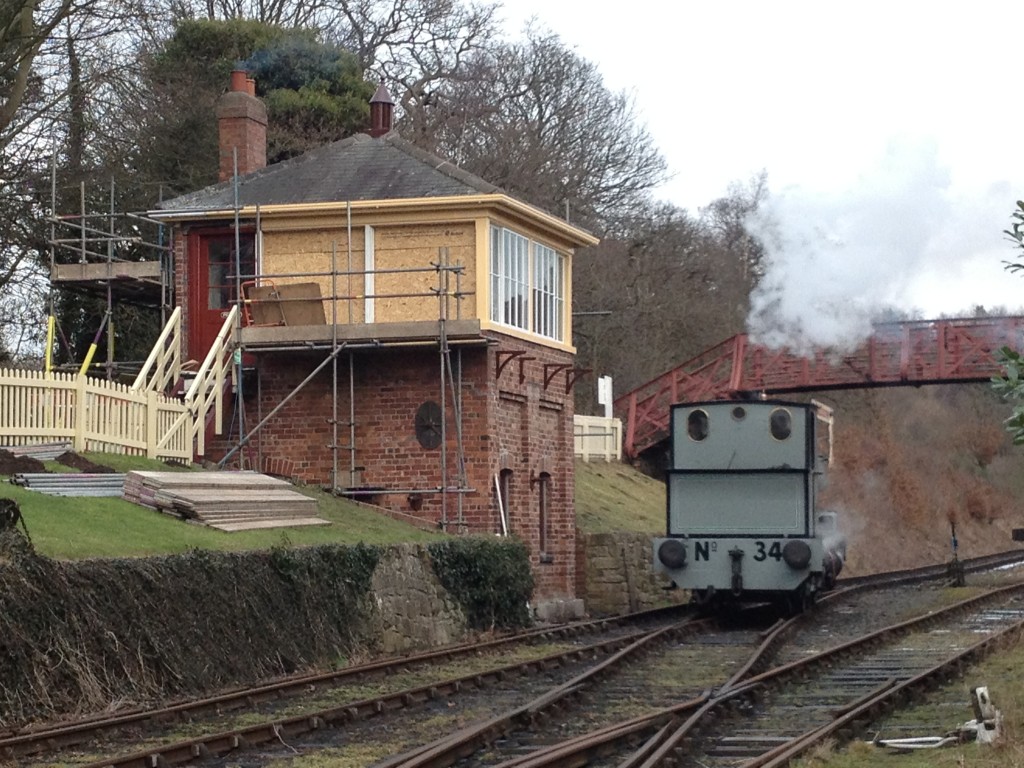 Below: In the gathering gloom the loco undertook some shunting around the goods yard – work for which it is ideally suited of course! 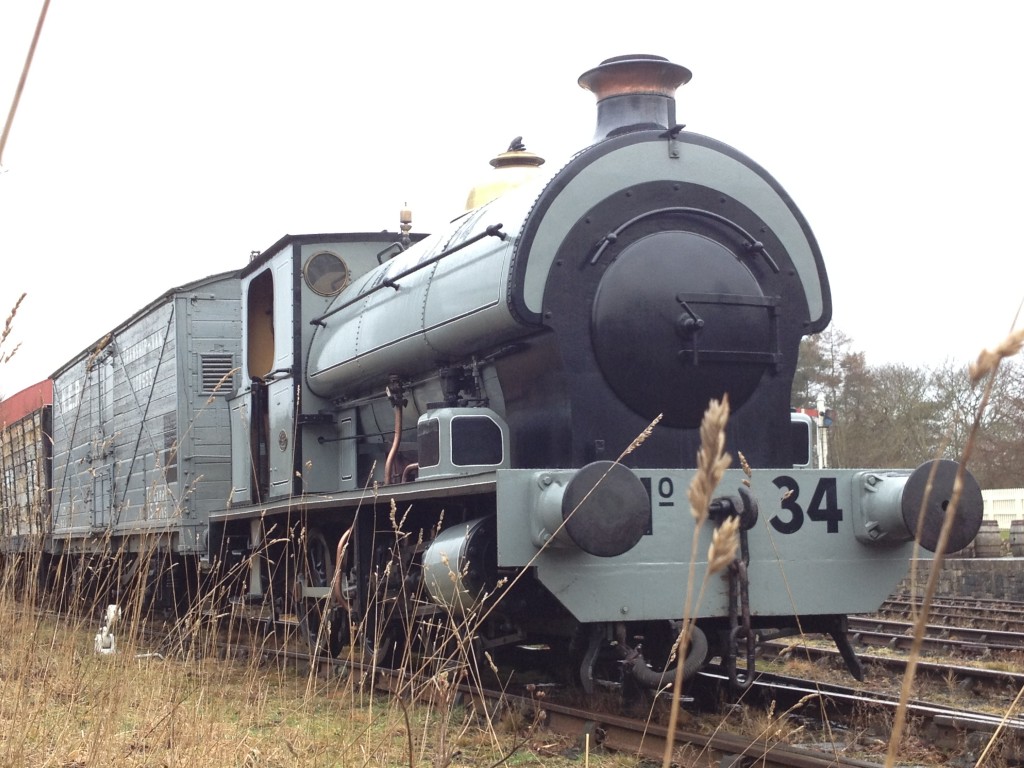 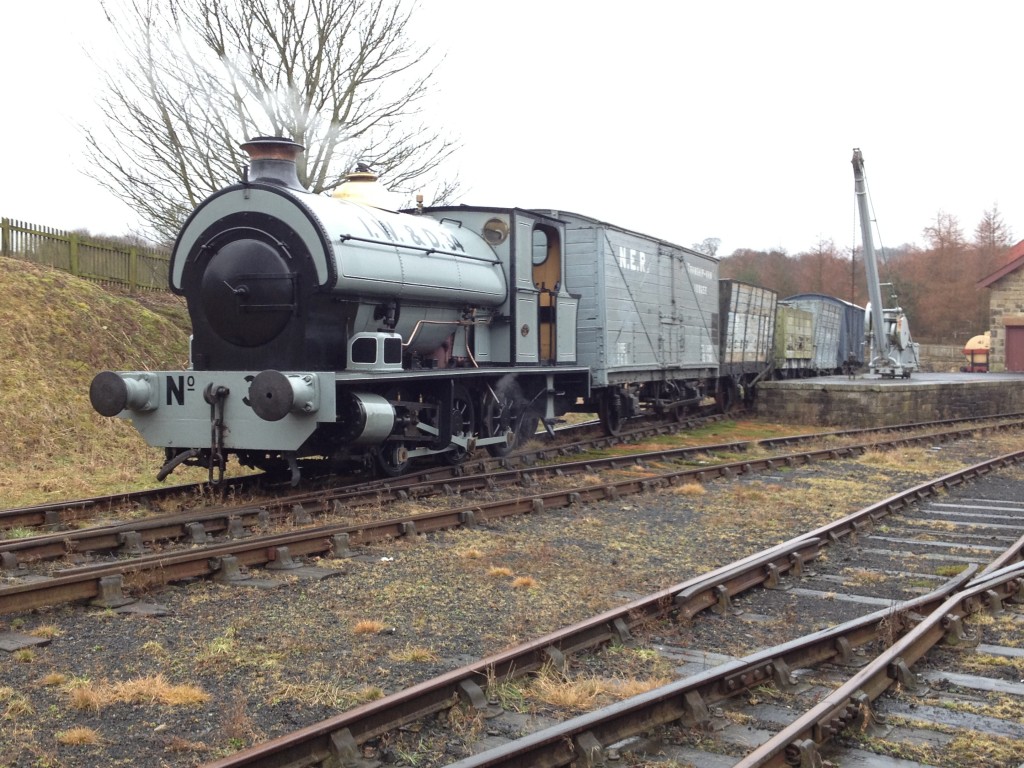 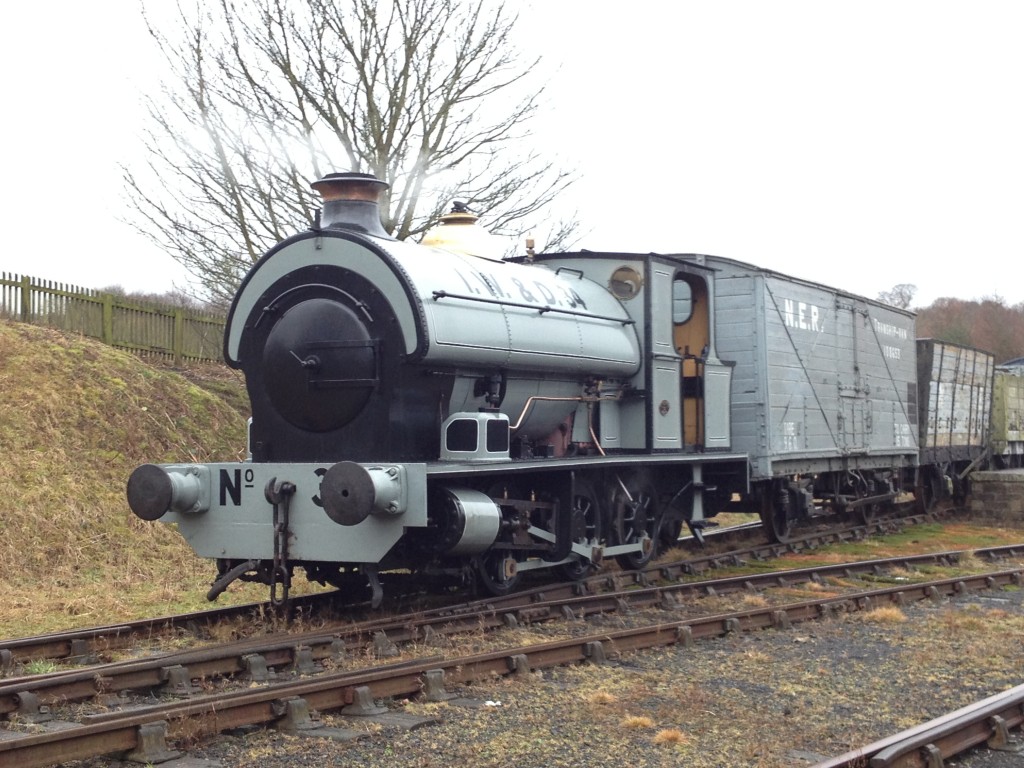