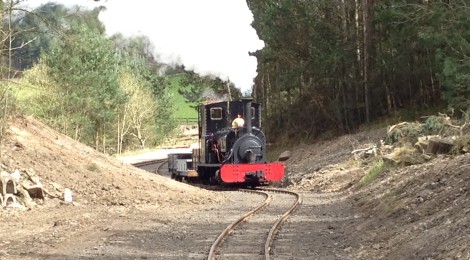 We have now moved out of the transport festival and into that bit of the season which offers something of a lull before the summer season arrives in earnest.  Many maintenance jobs are being tackled and the occasional decent weather is helping with the jobs out on site.  That said, its been snowing today!

Below: After entering service, Sheffield 264 required some snagging work, including some carried out on the motors under warranty.  These were removed and sent back to the contractor for this to be carried out, arriving back at Beamish a few days later where Hugh and Brian immediately set-to in refitting them to the tram – Bank Holiday weekend looms and we expect to be busy… 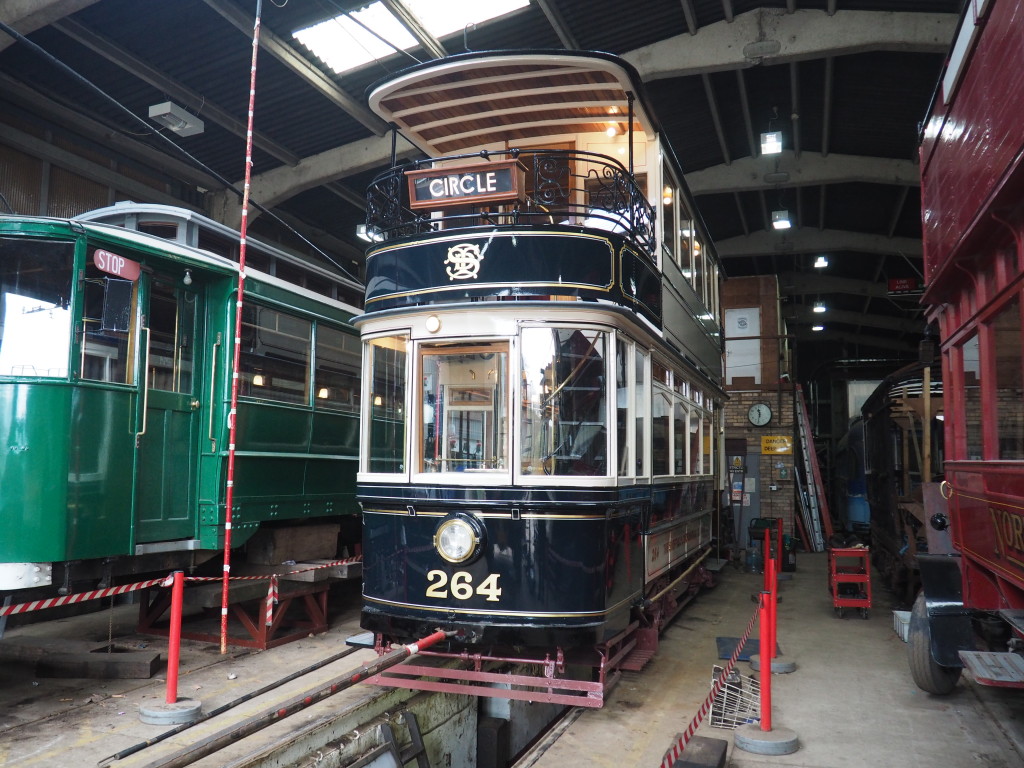 Below: Gateshead 10’s overhaul continues, with the bogies being surveyed for work required.  There are many years of wear to address (four decades at Beamish, a decade with British Rail plus its initial working life in Gateshead) and we will be carrying out a comprehensive overhaul of both bogies, with various components being refurbished for the first time in preservation – such is the durable construction of the Brill bogies! 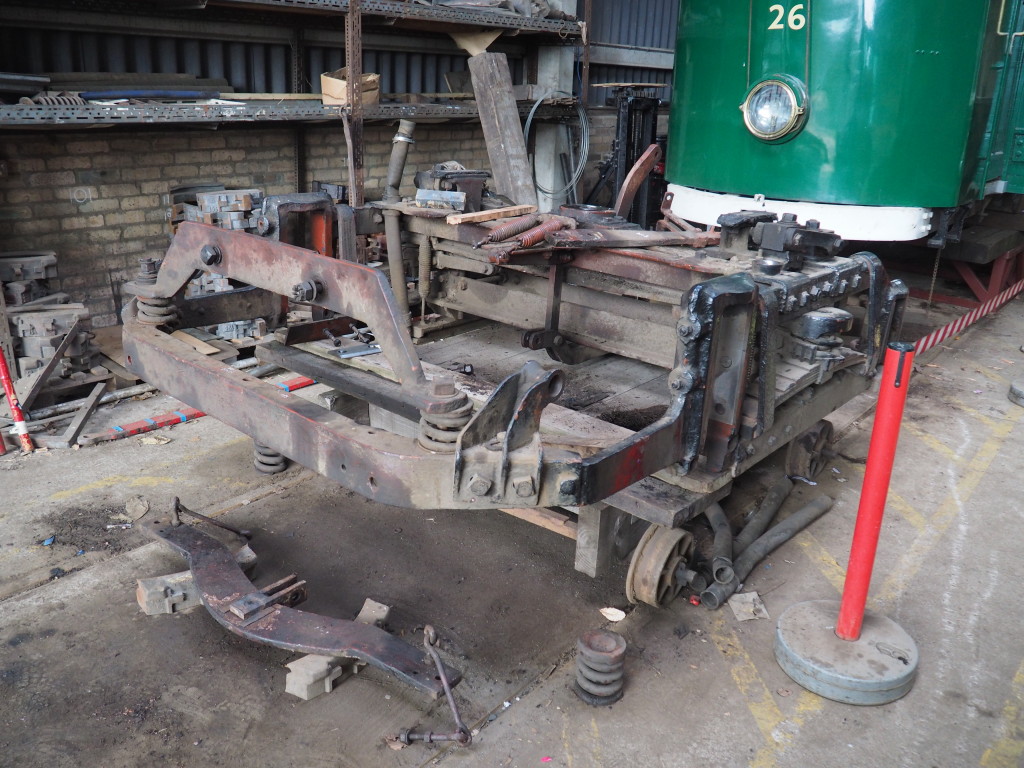 Below: A close-up showing the sort of work to be tackled – holes worn oval need bushing and re-pinning.  This will remove the lost-motion in the brake linkages and coupled with a full reconditioning of the air brake system should transform the sensitivity of the brakes on this particular tram. 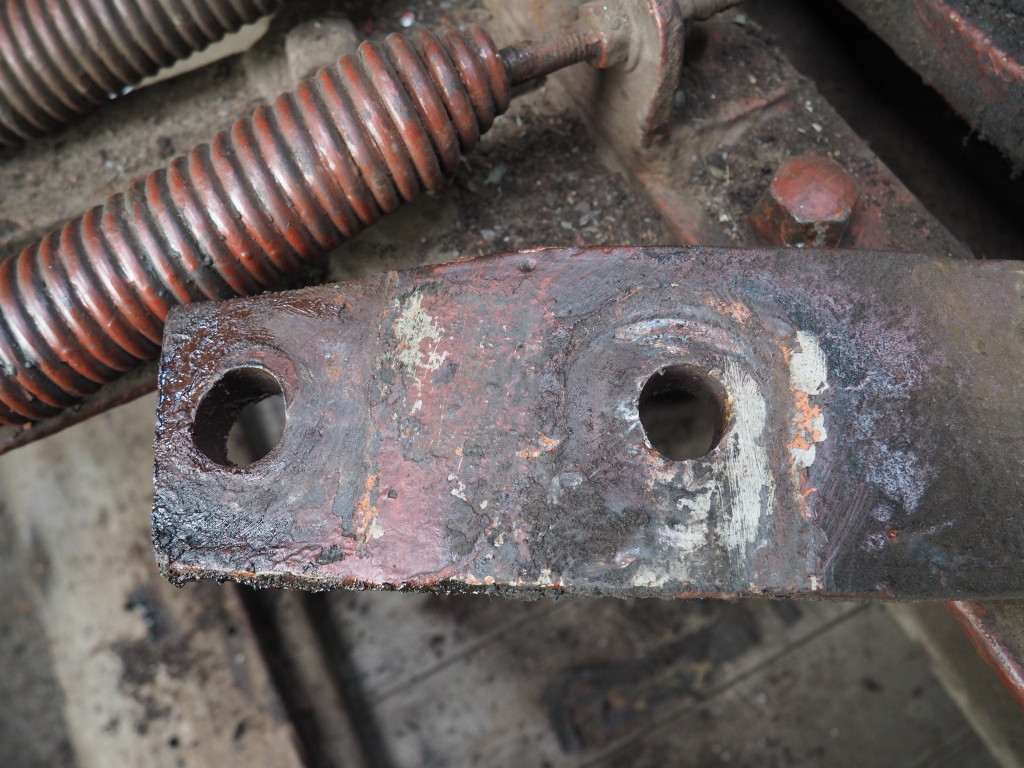 Below: Samson has its own post elsewhere, but in case you missed it, it has now run!  Rather well too.  Here Dave and I pose with the project that has occupied us for over three years…  Look out for the new book on this project and related subject matter later in the year… 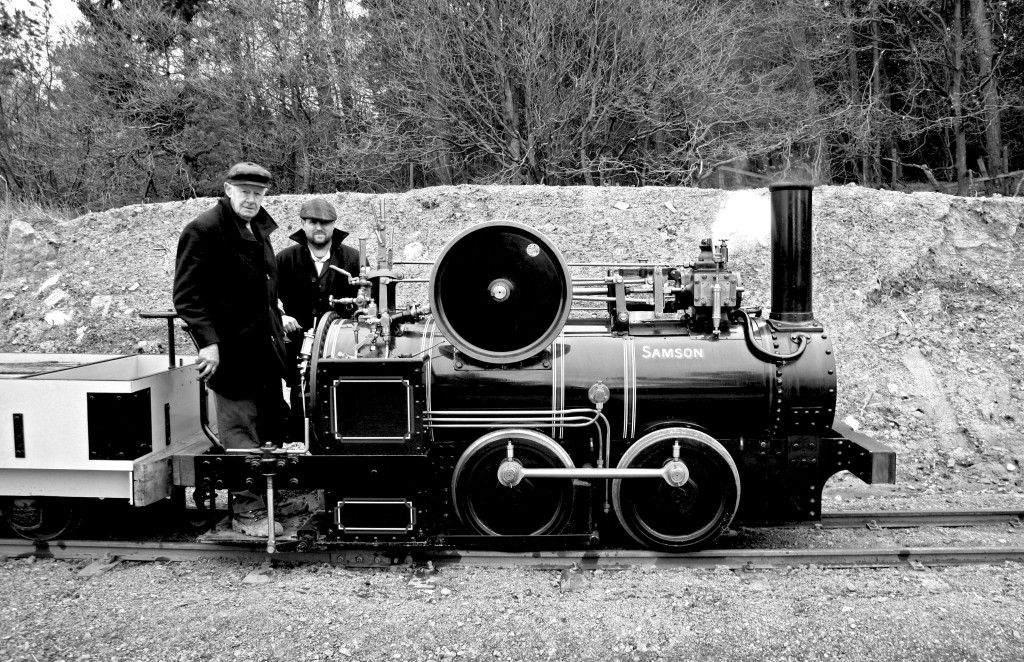 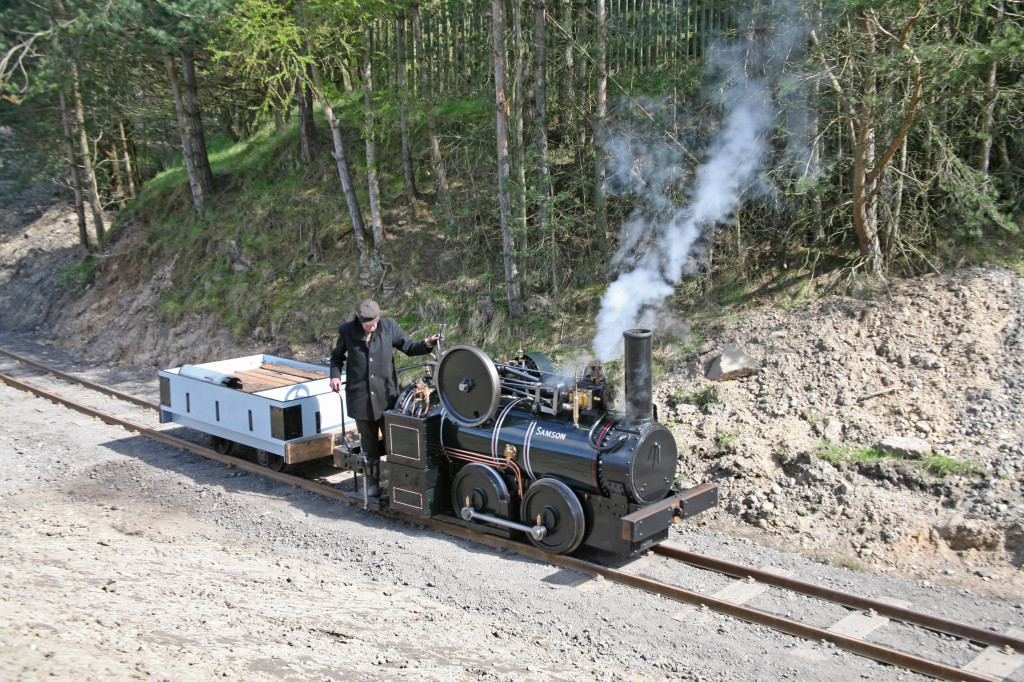 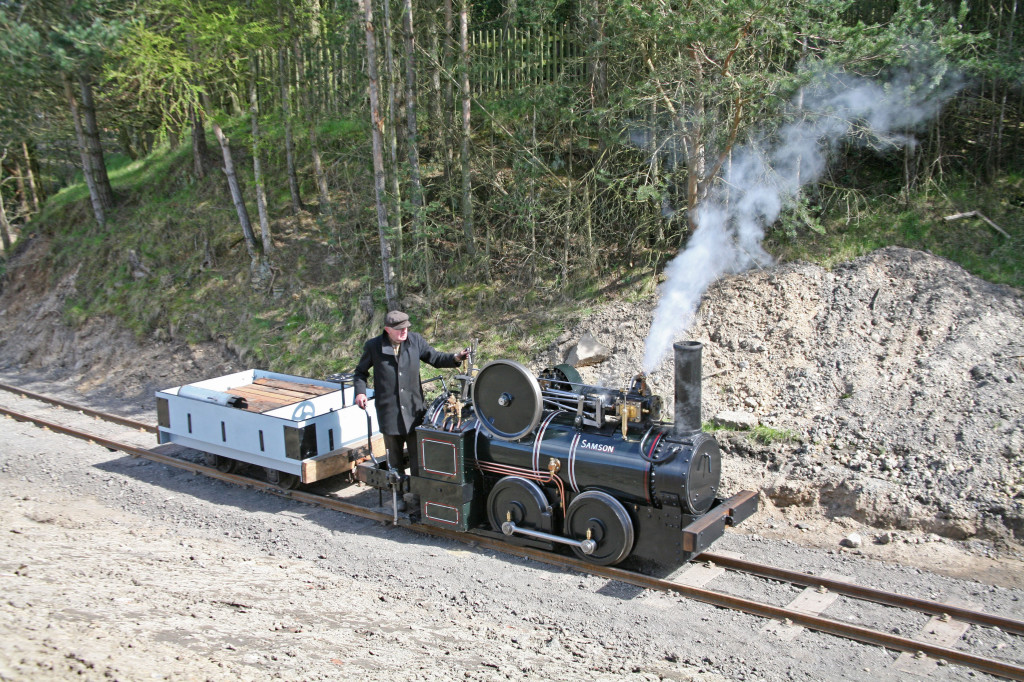 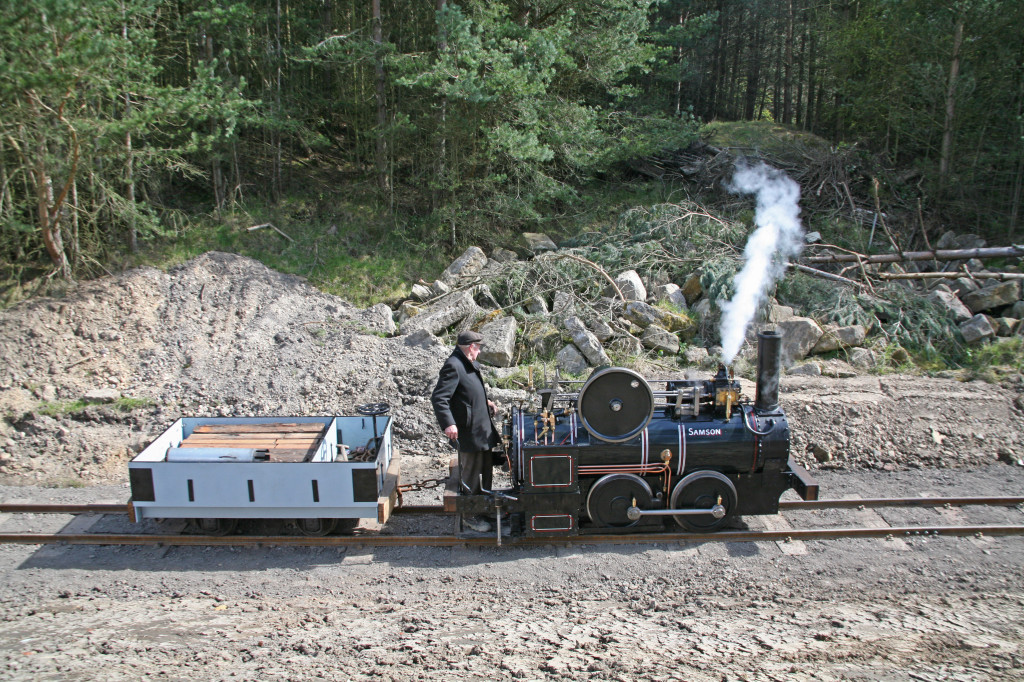 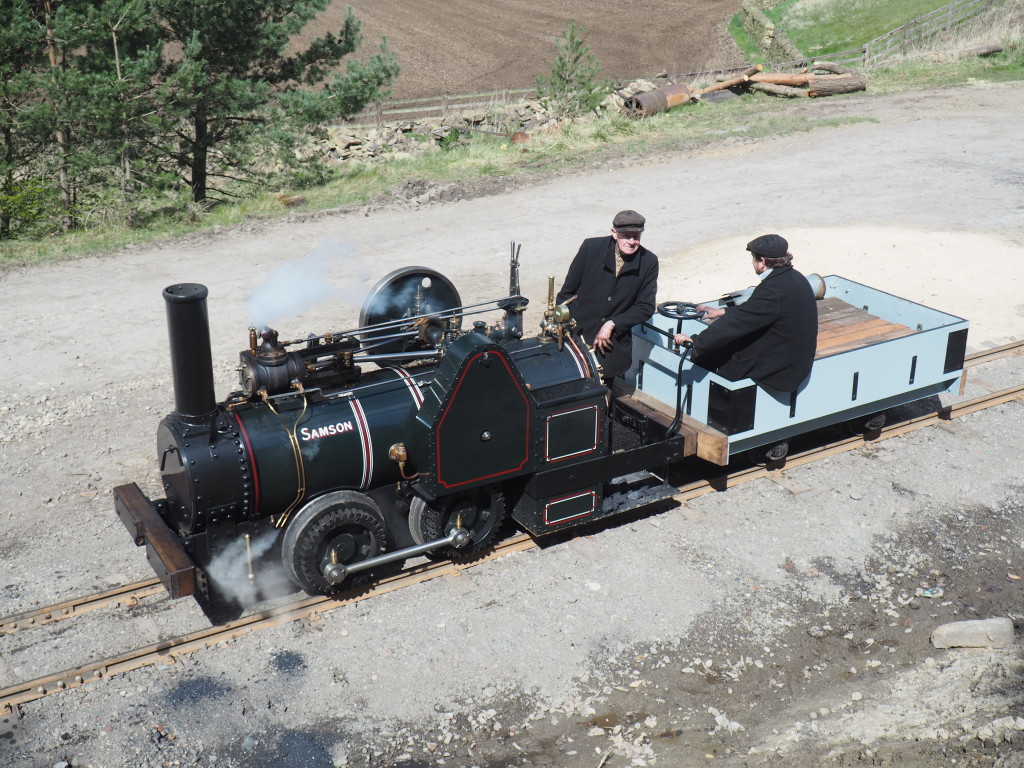 A video (an additional one to that in the previous post) can be seen here:

Below: Amidst no fanfare at all the triangle for the narrow gauge was completed ahead of the Old King Coal event.  Whilst the severity of the final curve is a restriction at present, a plan will be evolved to deal with this, it has proved useful for Samson’s trials and Lilla looked superb striding up the gradient…  The greenery will soon soften the earthworks and we’ve already run some footplate riding sessions on the railway during the events. 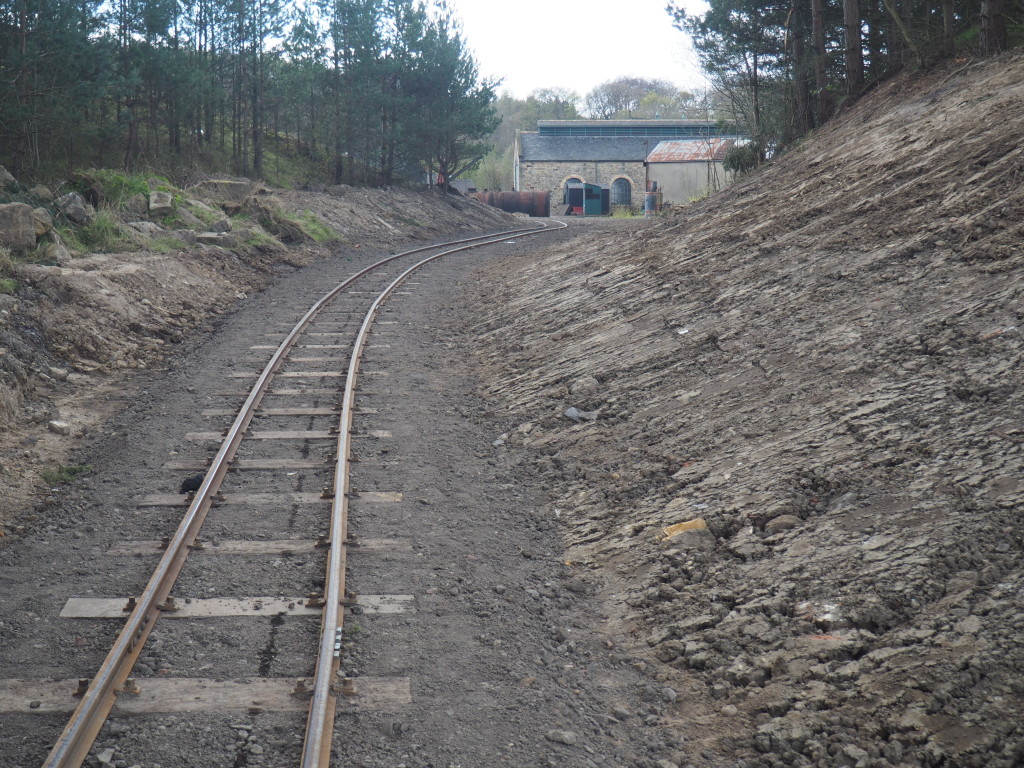 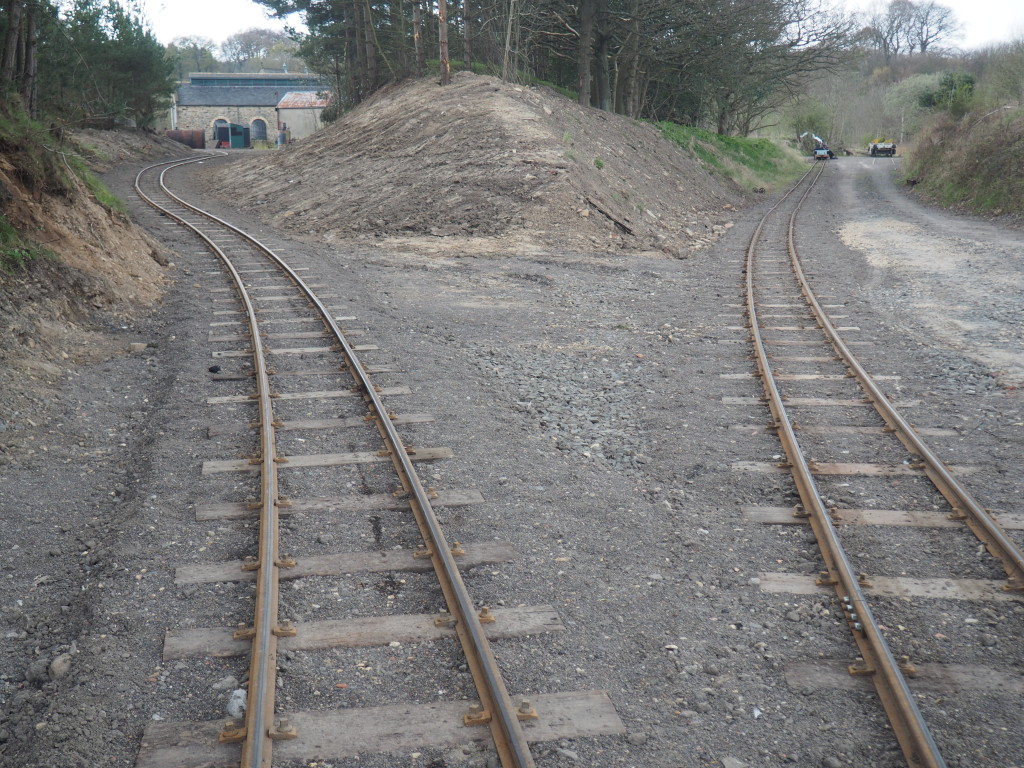 Below: Lilla works the new leg of the triangle (taken on iPhone so a bit grainy!). 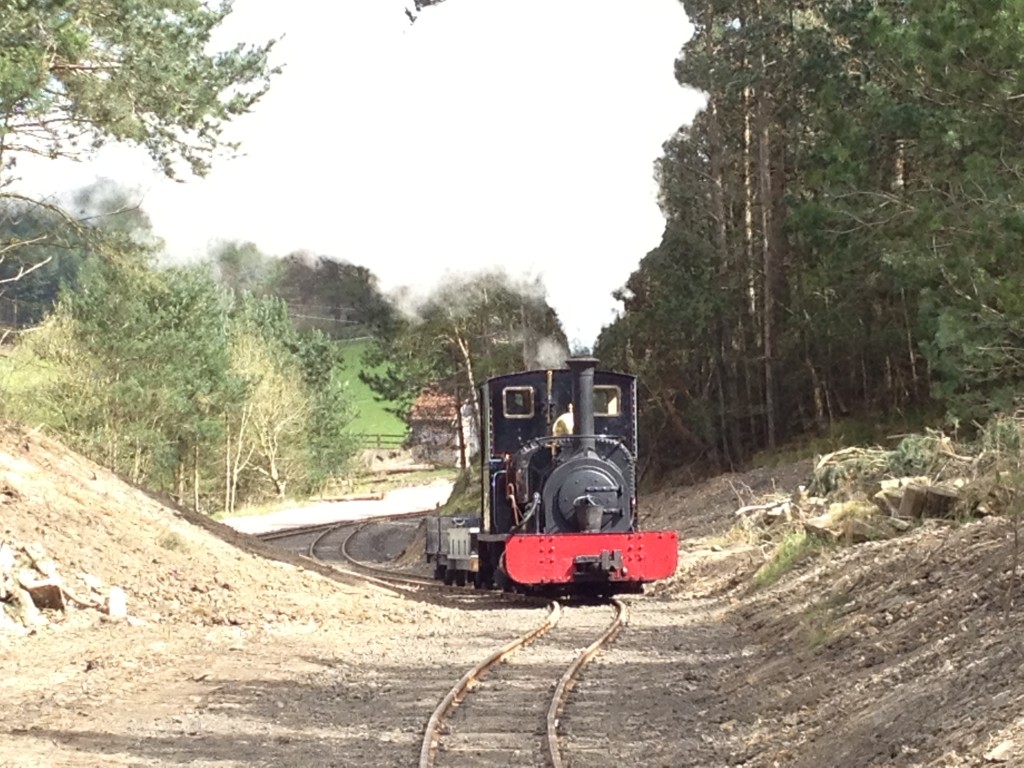 Below: Lilla leaves us this week for its next appointment.  Once again we are very grateful to the Ffestiniog & Welsh Highland Railway for making the locomotive available to us and for their volunteers who have helped out on the narrow gauge throughout the Festival of Transport this April. 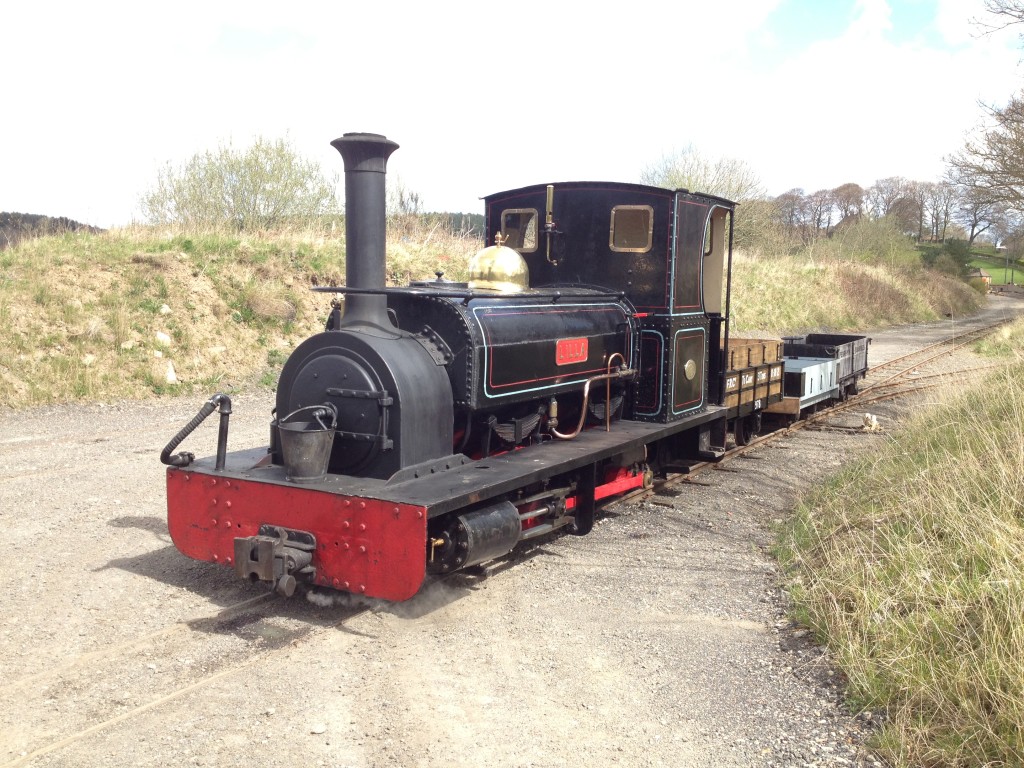 Below: Lilla, Prosper Gem and 18 line up for the cameras. 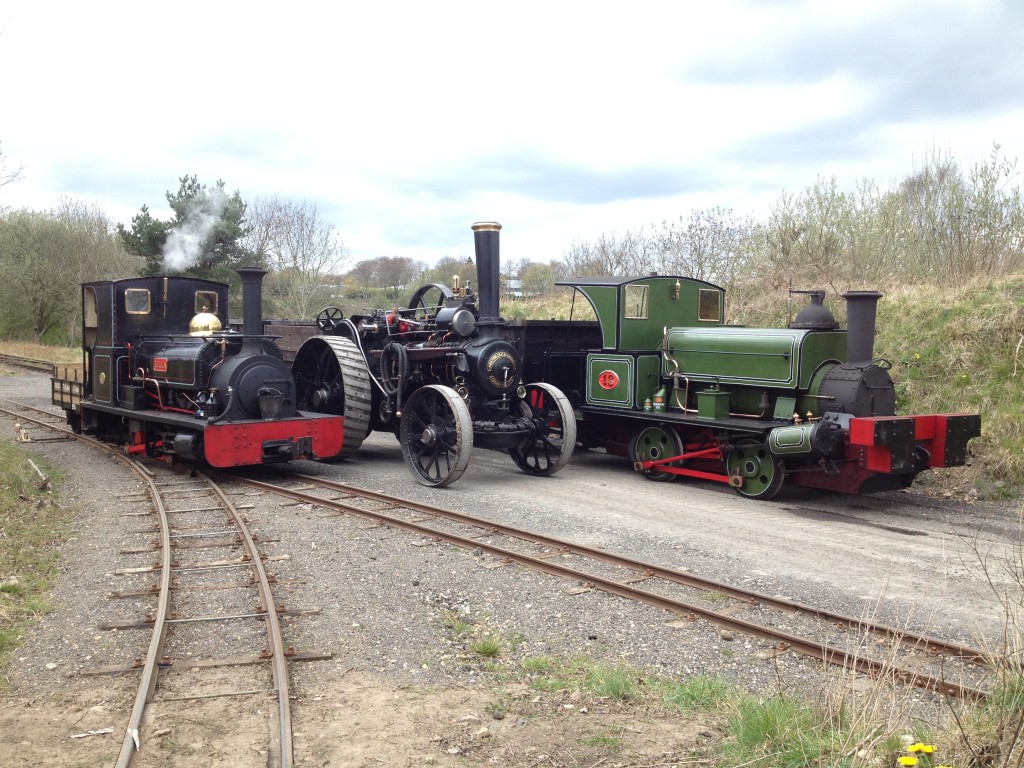 Below: With all of the excitement of the events it is easy to forget that the teams have been busy on the day-to-day works around the Museum.  In the Pit Yard an enclosure is being created using reclaimed material from around the site to contain a modern bin – the sort that are unloaded directly into lorries.  This will enable more efficient rubbish collection in the Colliery area and free up a building presently in use for such to be adapted into an additional store for the catering outlets in this area.  The Seddon gives a nice backdrop, it being well settled into its new working life at Beamish. 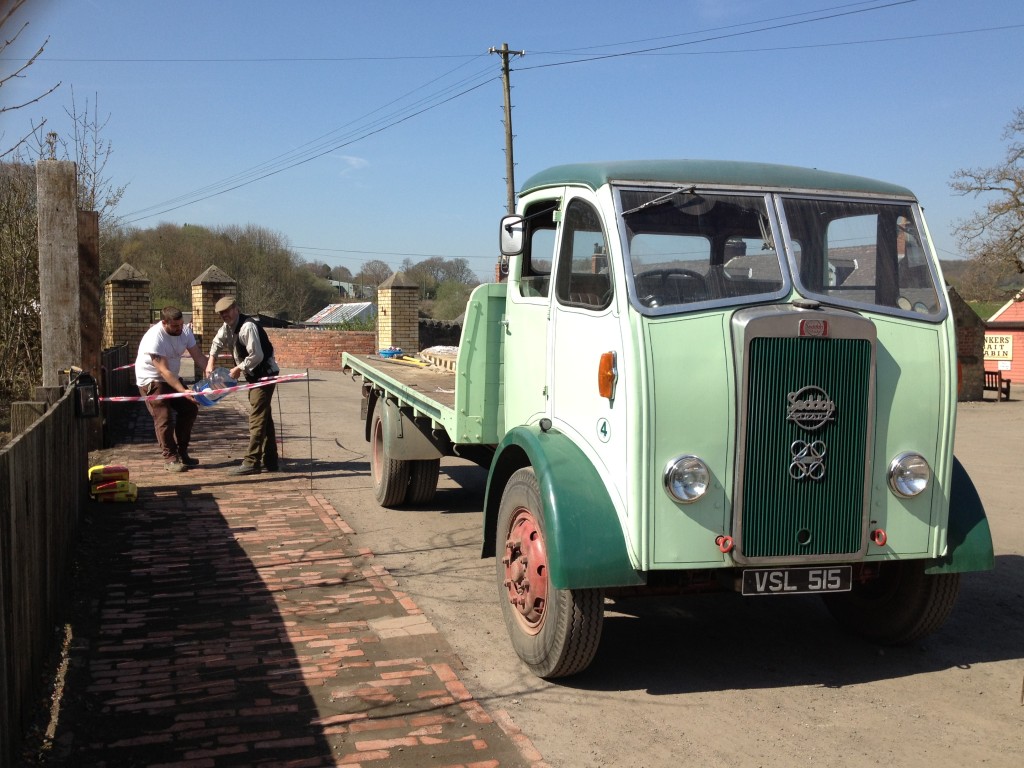 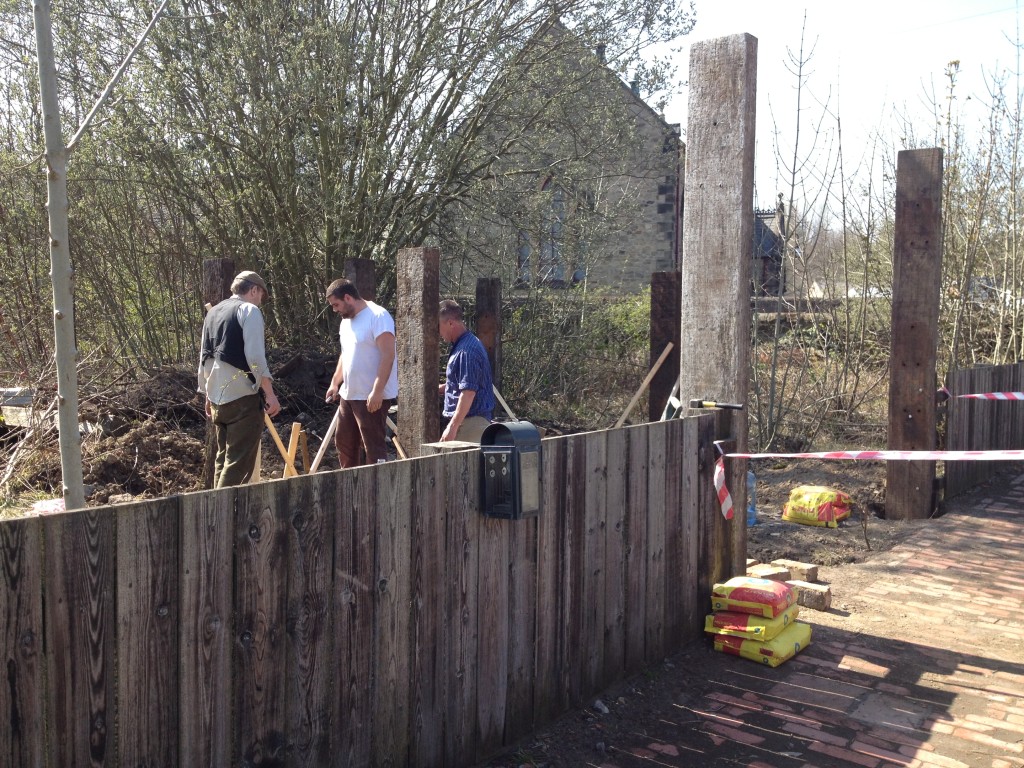