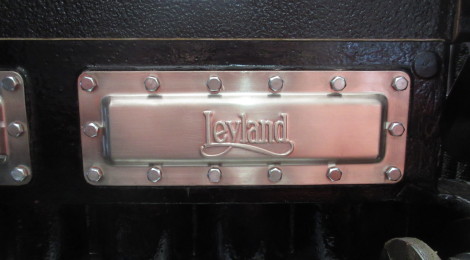 Last week (Wednesday to be precise) our Leyland Cub was able to make its first moves under power to demonstrate the progress made in this remarkable restoration.  The milestone of a running vehicle able to drive itself and with the body structure completed was achieved and the fruits of the team at Historic Vehicle Restoraiton’s labours are clear to see.

Below: The Cub basks in the sunshine, idling away to itself.  The exhaust system is a temporary one at present so the near-silent running engine cannot be heard (if that makes sense?!) over the din of the tailpipe. 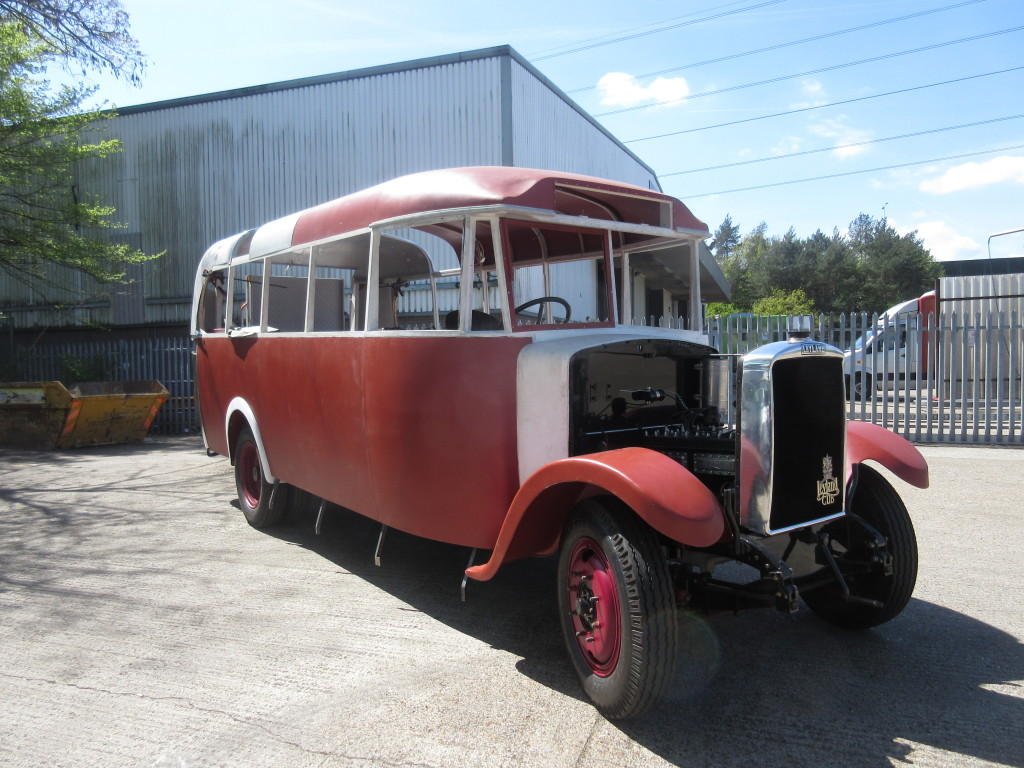 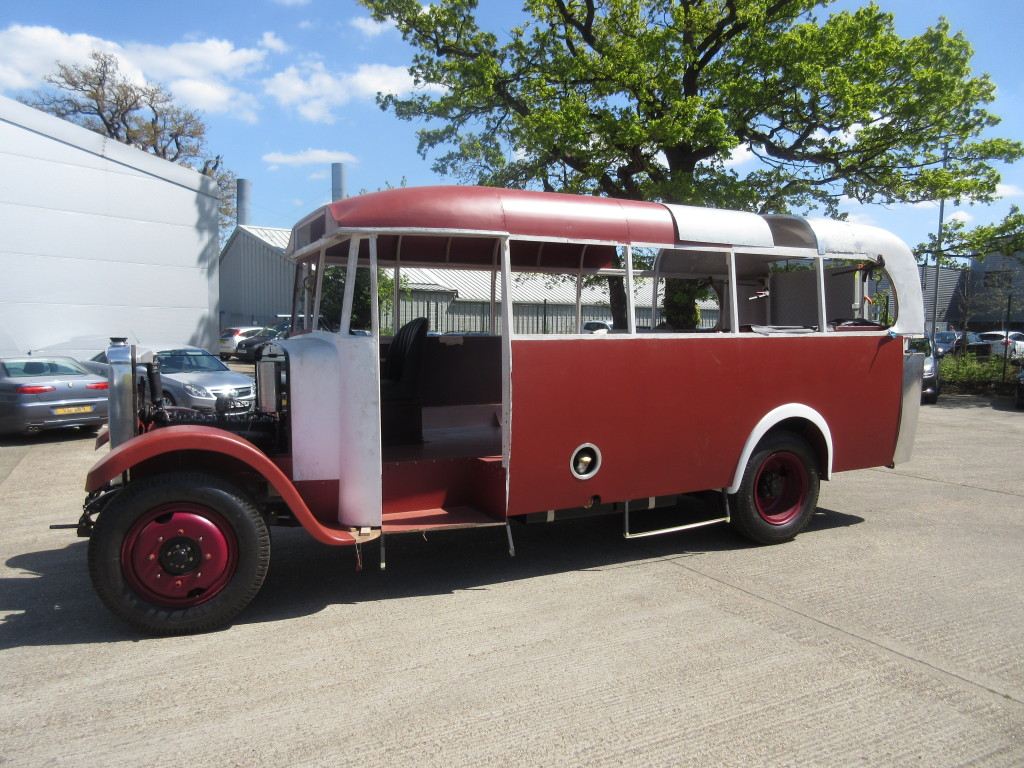 Below: The interior has progressed sufficiently to allow the bus to be driven. 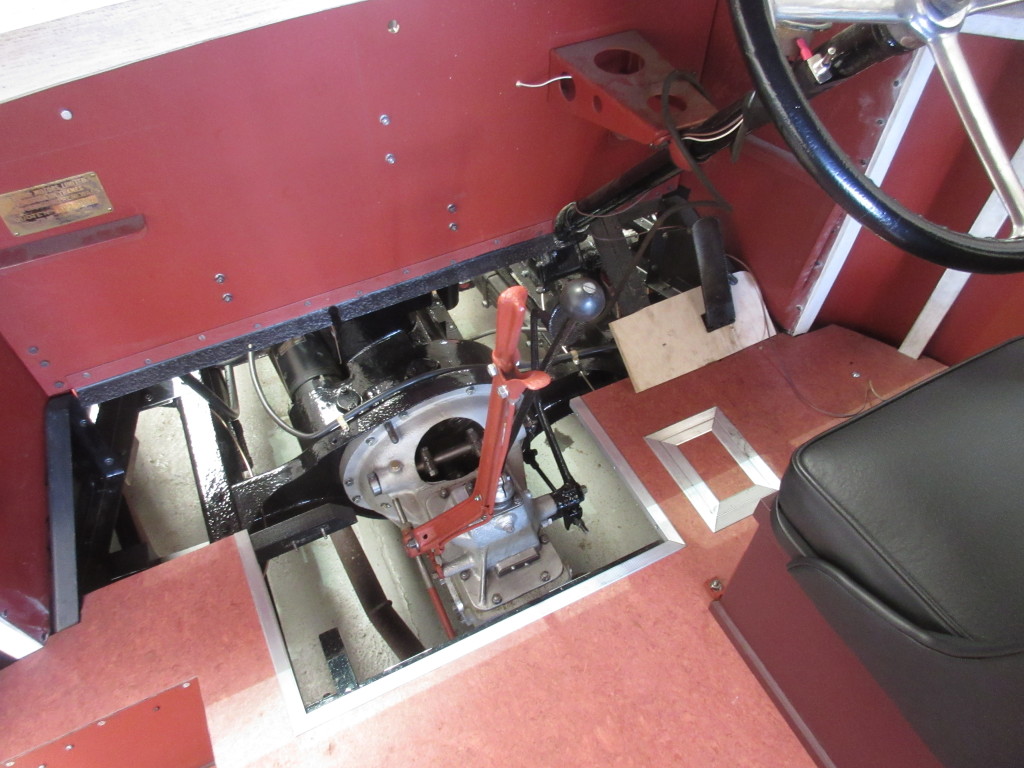 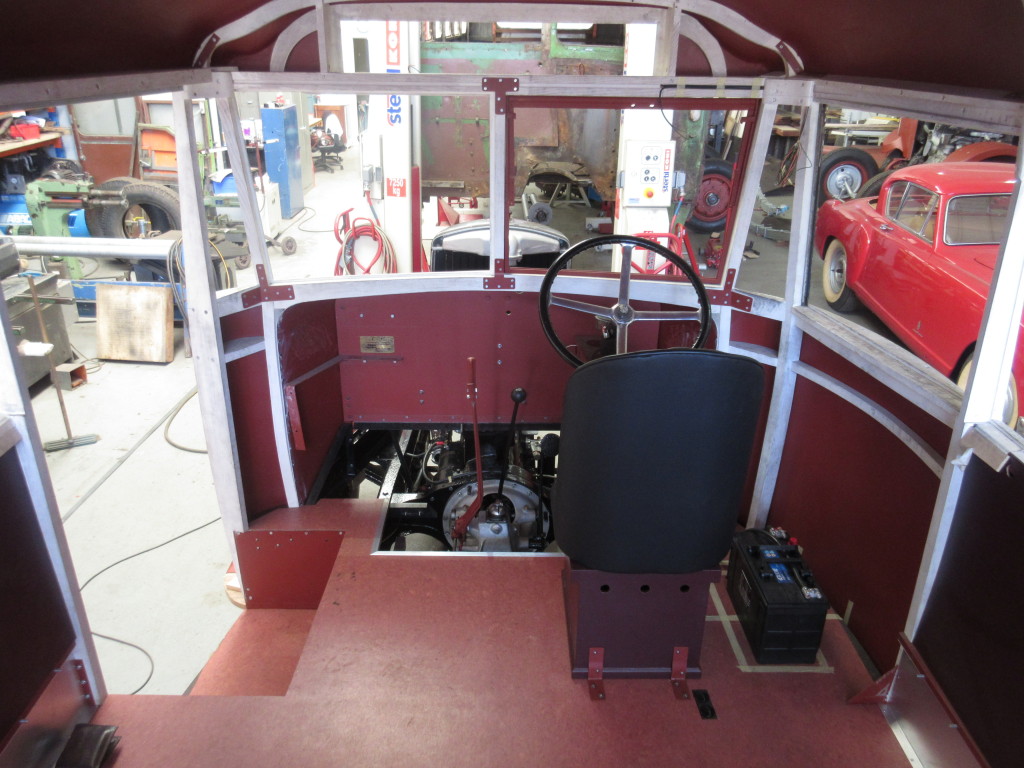 Below: An overall view of the saloon interior showing the open nature of the driving position. 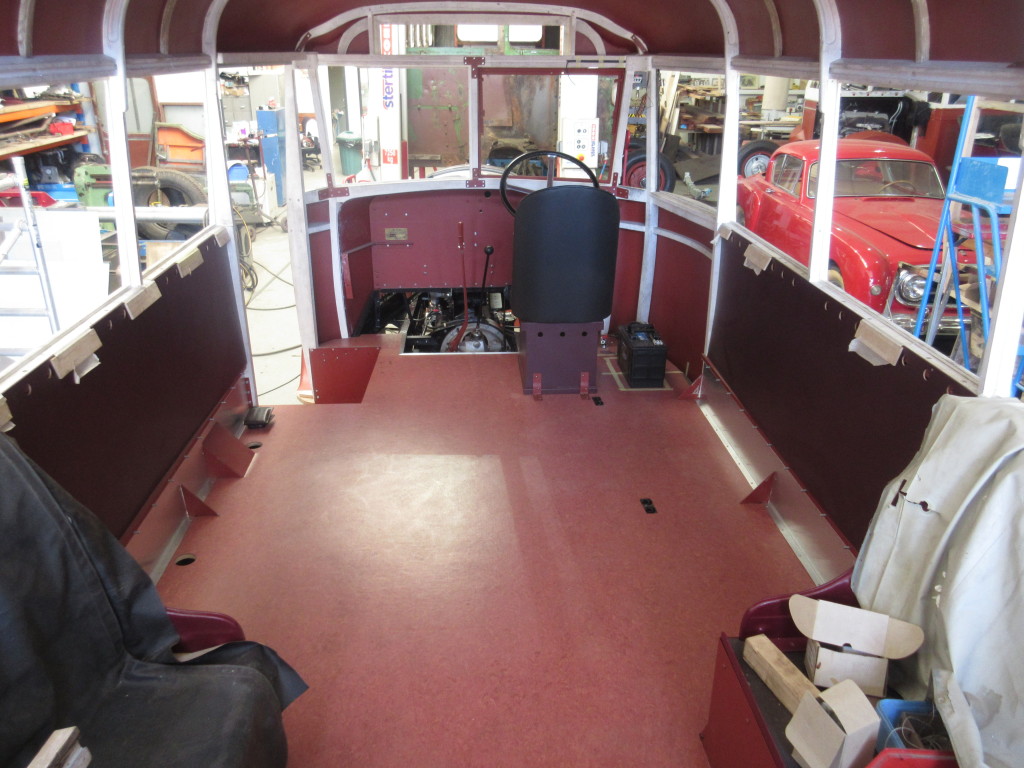 Below: The engine – often there is a disappointing amount of space under a vehicle bonnet, but the space here belies the size of the six-cylinder petrol engine which runs very quietly and smoothly.  The silver tank in the right foreground is the Autovac, which has been described in these posts previously (this is a new component, a replica of the original). 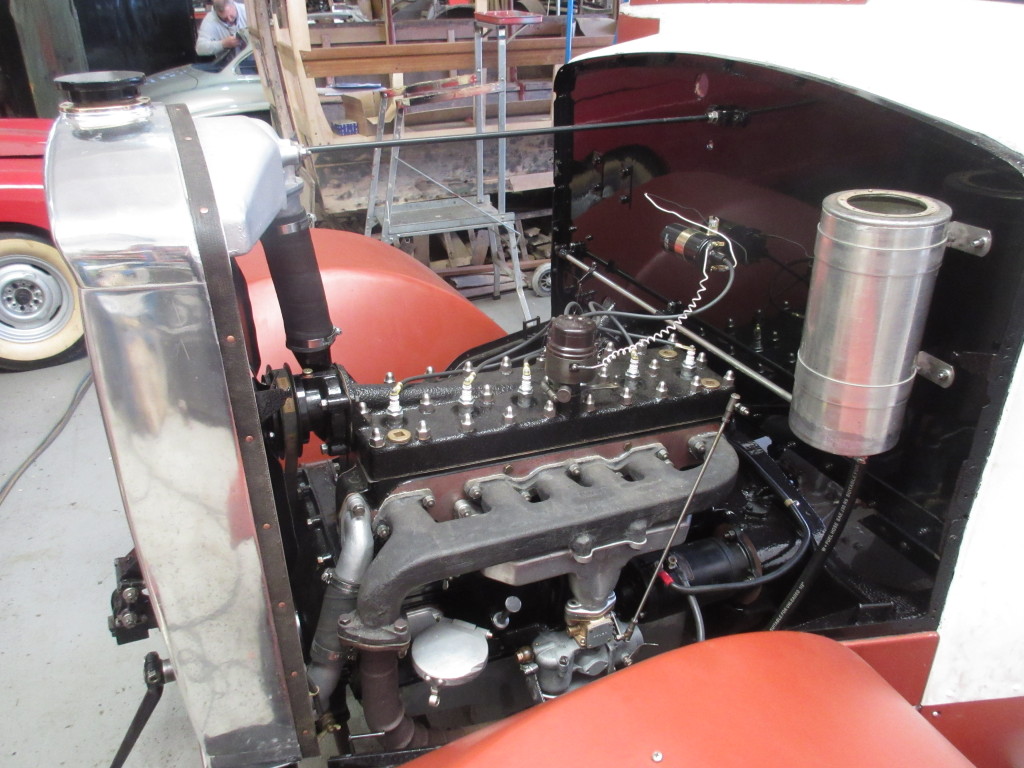 Below: The magneto, slightly different to that fitted to the tipper lorry and one of the many components that has had to be comprehensively reconstructed for this project.  The throttle lever enters from the top right, whilst the choke remains to be connected. 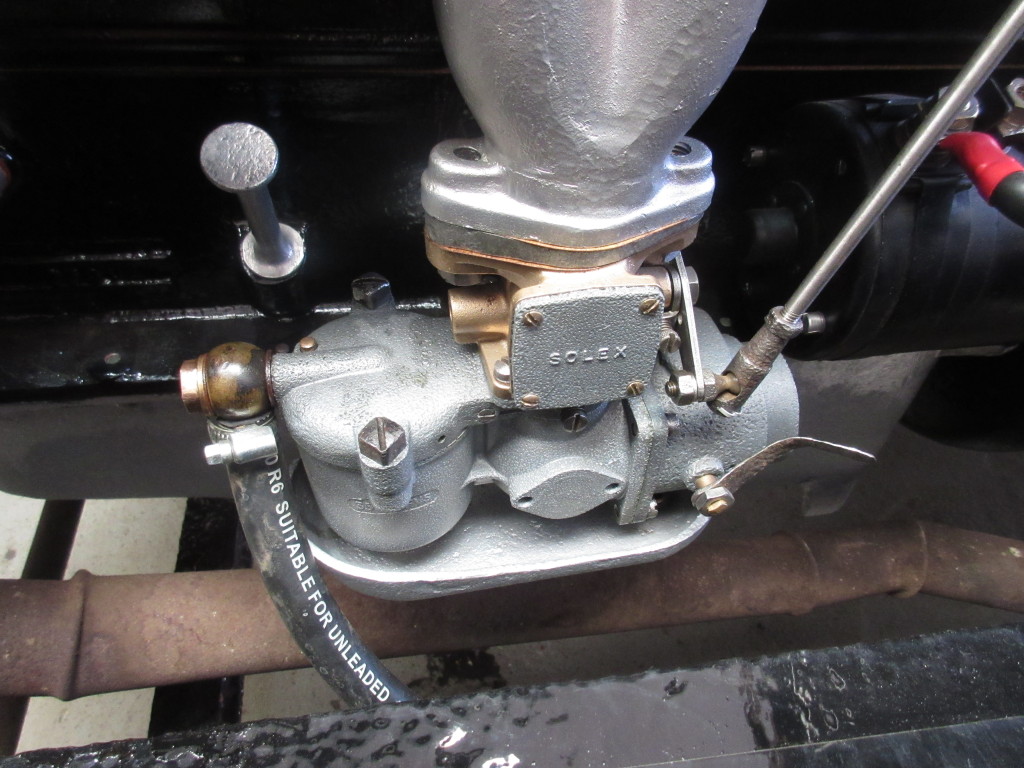 There is some film of the occasion here: