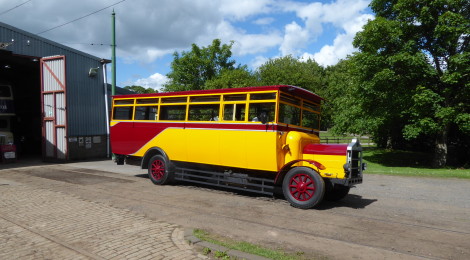 This week we look at the vehicles in and around the workshops, these being the subject of the efforts of various teams of staff and volunteers, increasingly so as their mileage increases year on year.

Below:  Ten years old this year, the accessible bus has been a real workhorse for us.  Whilst it doesn’t fit our aesthetic aspirations these days, it has proved invaluable in ensuring all of our visitors can access and enjoy the Museum.  It will be recalled that in the last couple of years it has received substantial work to the body including a new floor frame and floor, a new lift, various other mods and repairs and quite a lot of attention to the leaky roof.  Always something of a poor relation, it has now had the tatty paintwork transformed, travelling to the Gateshead workshops of Go North-East for a five day makeover!  It is seen here shortly after arrival, masked and with repairs to the body surface underway. 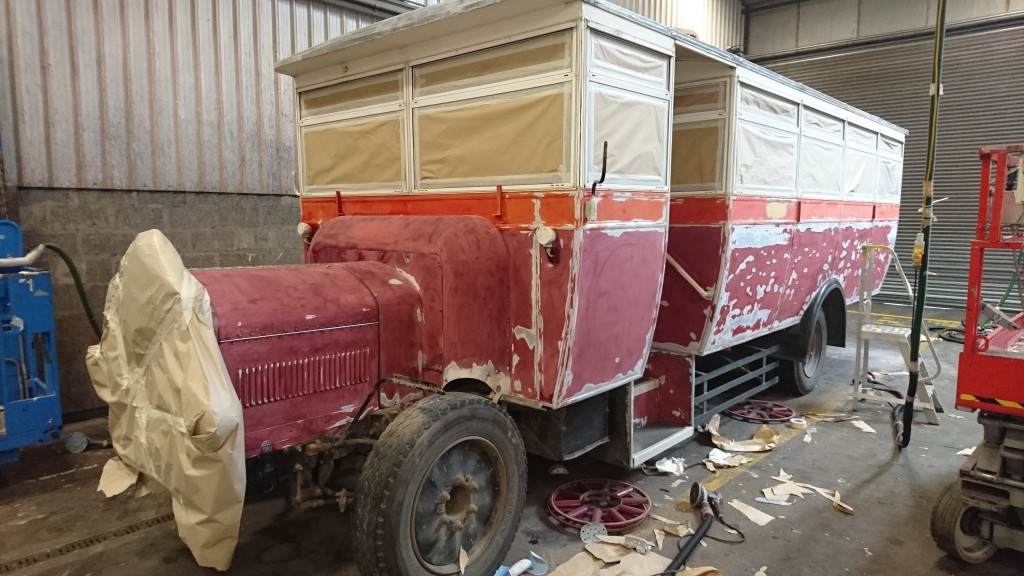 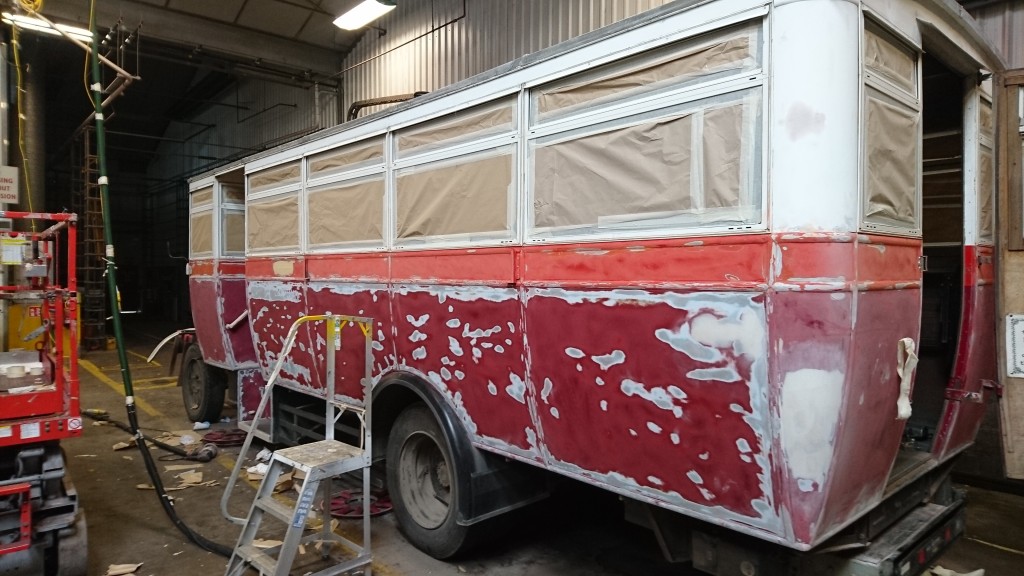 Below: A dramatic livery change has been chosen – the bus now wearing the colours of a local firm, Venture.  With matching done from a preserved vehicle and photographs, the team at Go-North East have done a superb job in a timescale we thought unbelievable!  The yellow will certainly be a bold addition to our fleet colours, but will at least ensure it stands out. The livery has also been revived in a similar format on some Go-North East buses, and we hope to unite an original Venture bus, our Access Bus and one of these in due course… 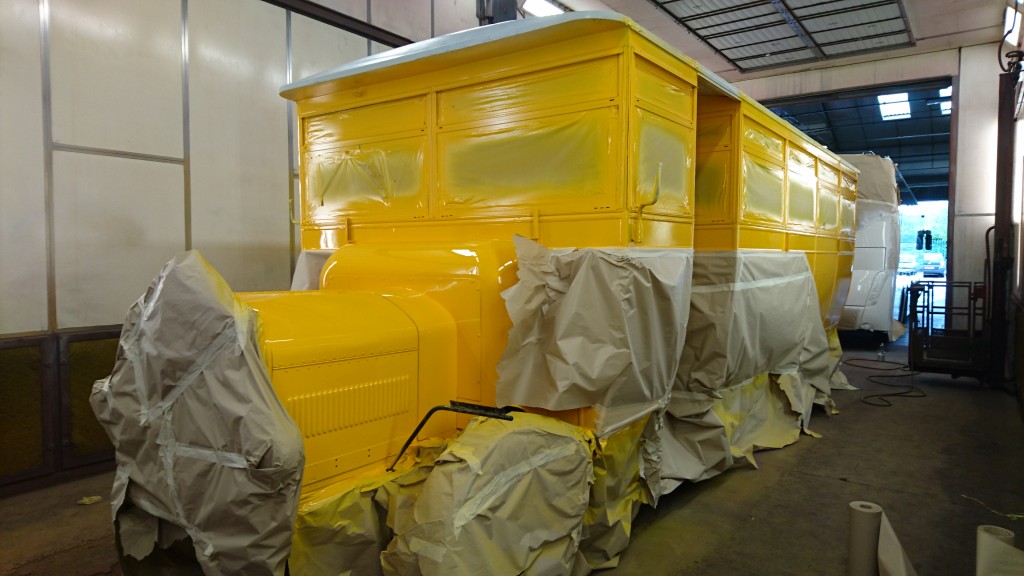 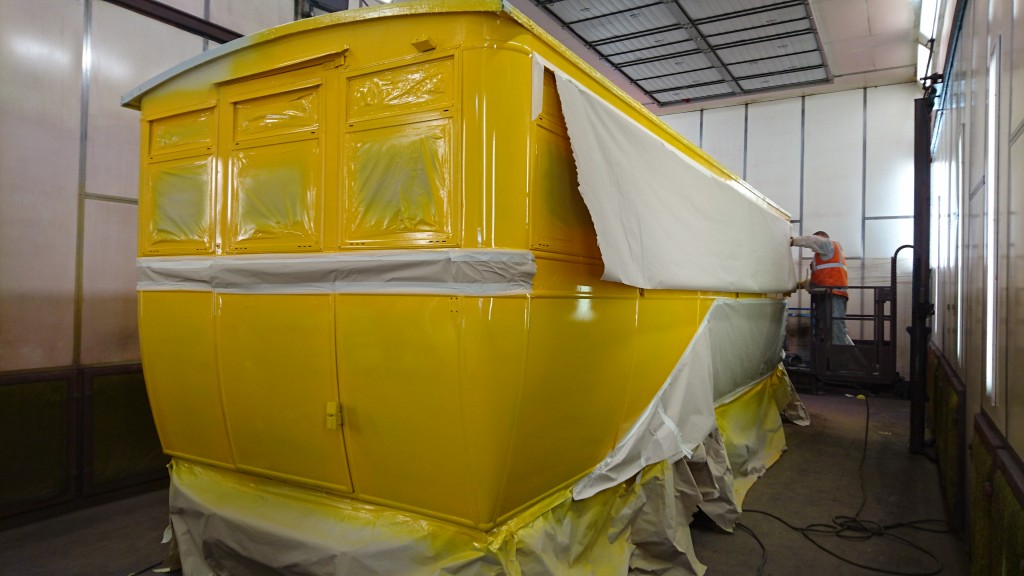 Below: Here is the finished job – rather striking isn’t it?!  There are still crests and some lettering to add, but the transformation is readily apparent. 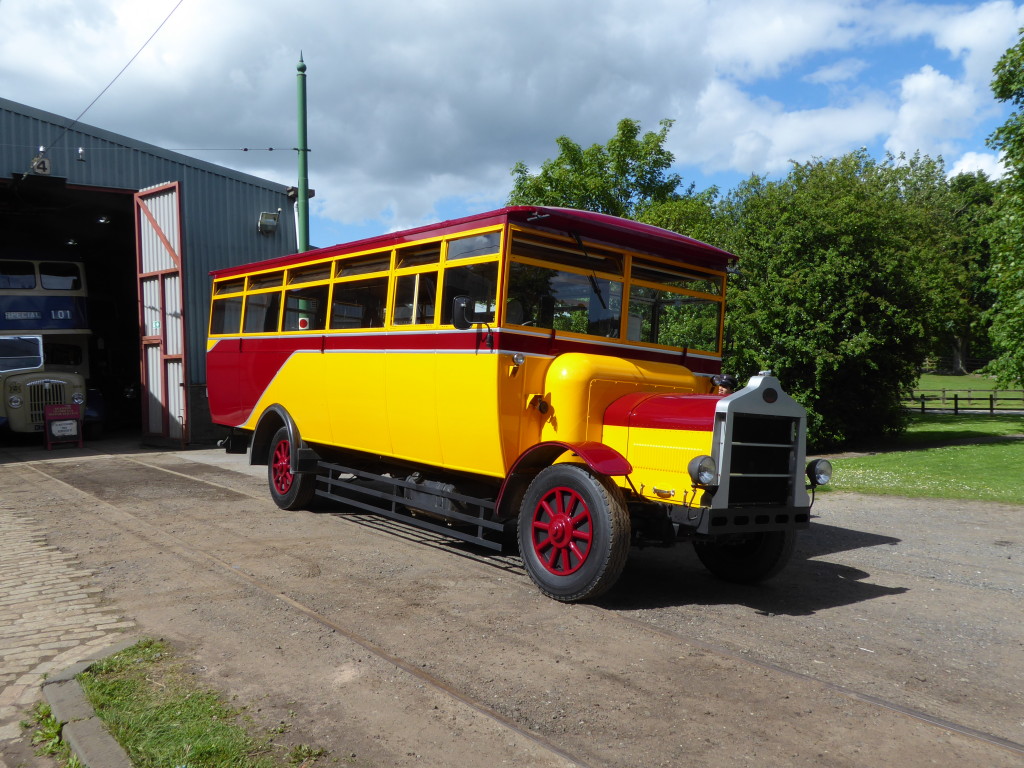 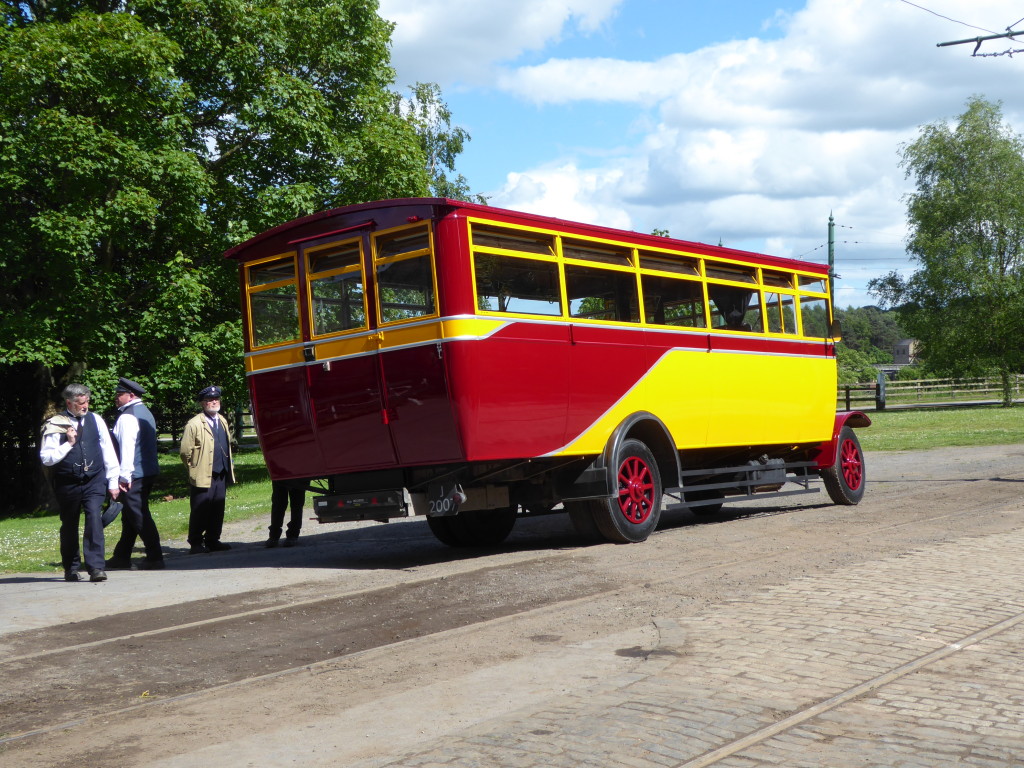 Below: Currently waiting spare parts from the USA is the Daimler bus.  Regular readers may recall the Dodge based drivetrain fitted to this bus, and spares are quite tricky to obtain.  A new brake servo (for the vacuum mechanical system fitted) was not obtainable in the UK but a new part, equivalent to the original, is manufactured in America, so two have been ordered – costing only a little more than the delivery !  It will also be noted that the solid tyred wheels are fitted once again, the new rubbers having been supplied last year. 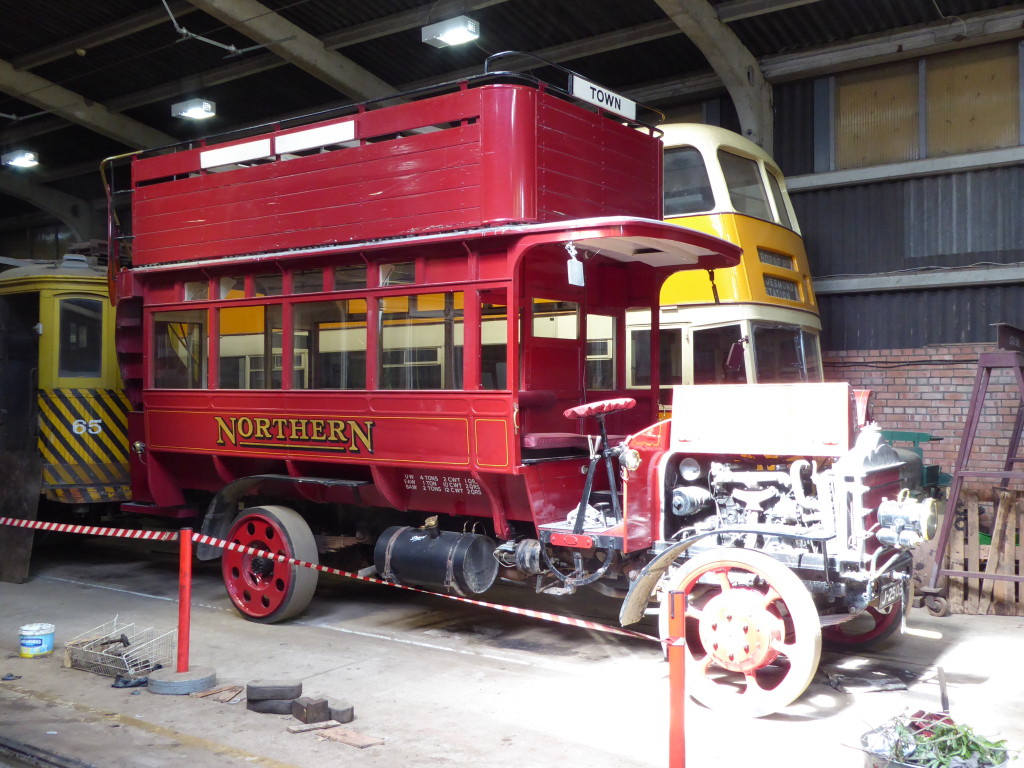 Below: Tony and Matt, in a rare moment of ‘spare’ time decided to fit the canvas to the roof of the Morris Commercial’s new body.  Painting of this vehicle starts next week and the cab and front of the body need to be completed before the body is fitted to the chassis.  This will also enable the floor/step and doors to be manufactured. 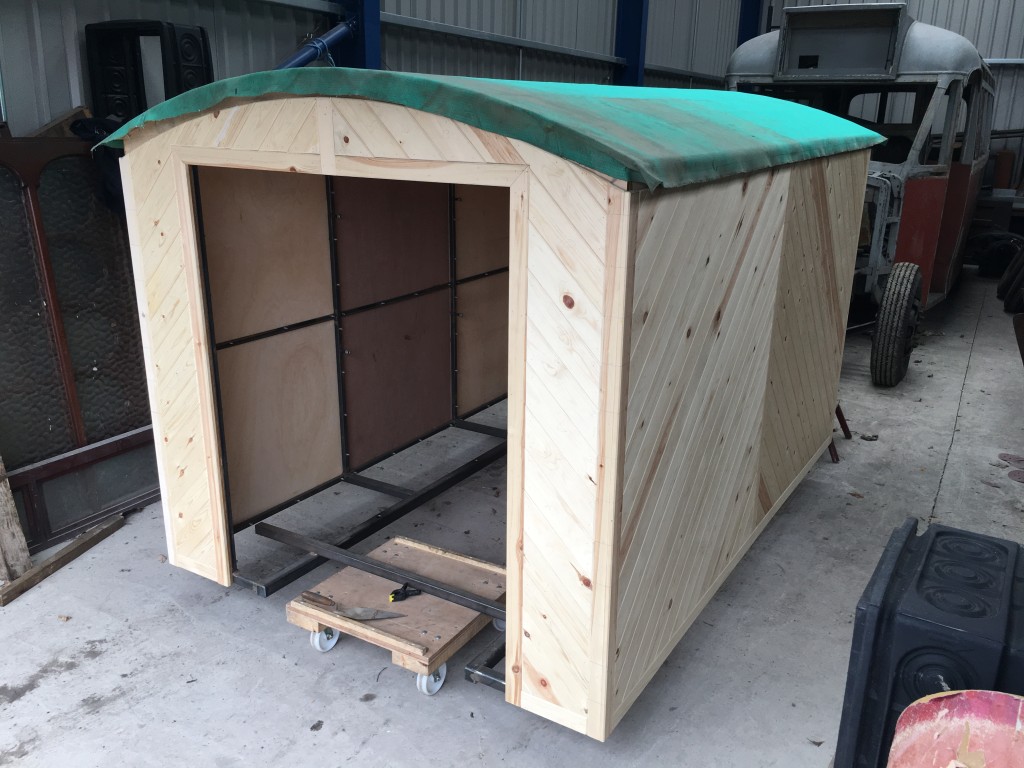 Below: David is seen carrying out some work on Rotherham 220, to ensure the floor covering on the platform is presentable and safe.  With the bus not in regular use this work can be carried out between other jobs. 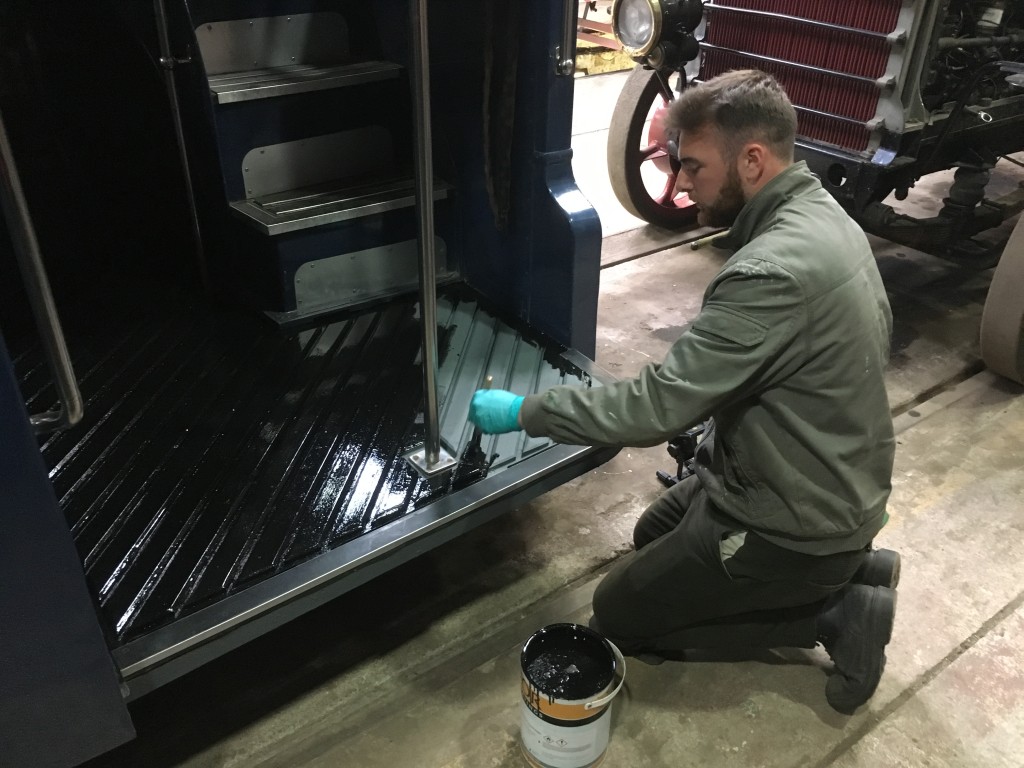 Below: Blackpool 31’s tyres were removed from the wheels on Friday, pending dispatch for machining and new tyres to be fitted.  Oil on the wheel centre reveals that the tyres really were at scrapping limits, not being as tight as when first installed (there being less metal – these wheelsets have been turned a number of times to restore the profile) – the oil can penetrate as a result and is a useful witness mark.  It is also a sign of a loose wheel on an axle, where the paint may be broken or a ring of oil apparent where the axle and wheel are mated. 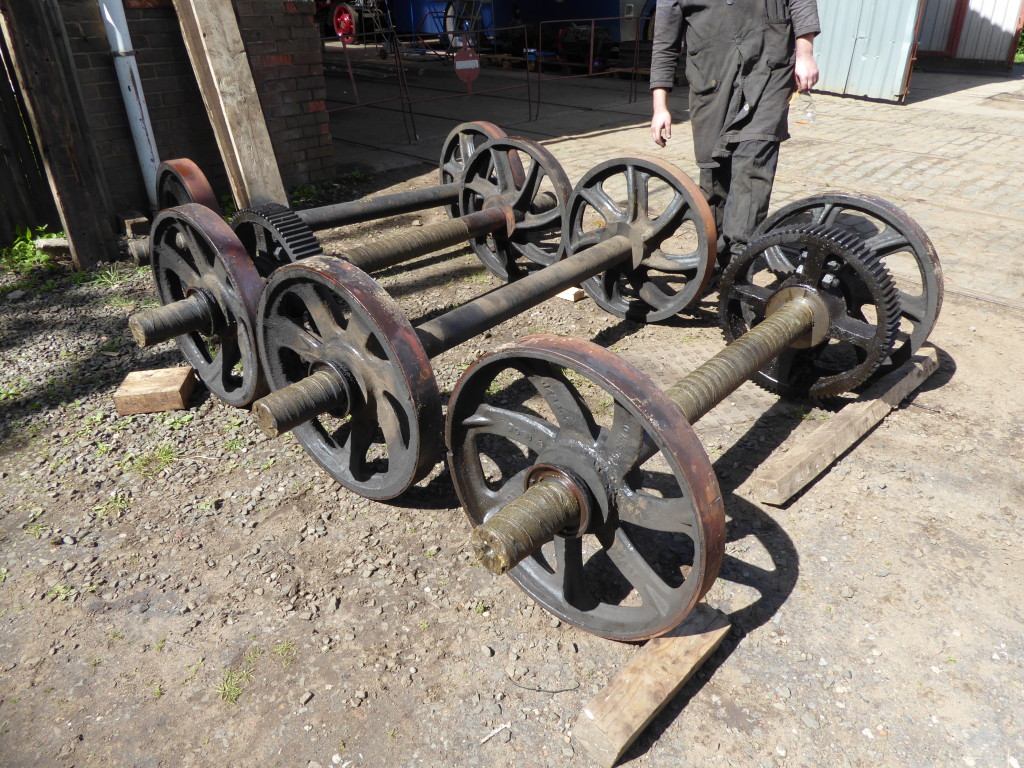 Below: The Leyland Cub KG2 paintwork has benefited from a full week of painter’s time this week, and progress has been good.  A new window was also fitted to replace a discoloured side pane.  The radiator fitted is a temporary expedient whilst the original is repaired. 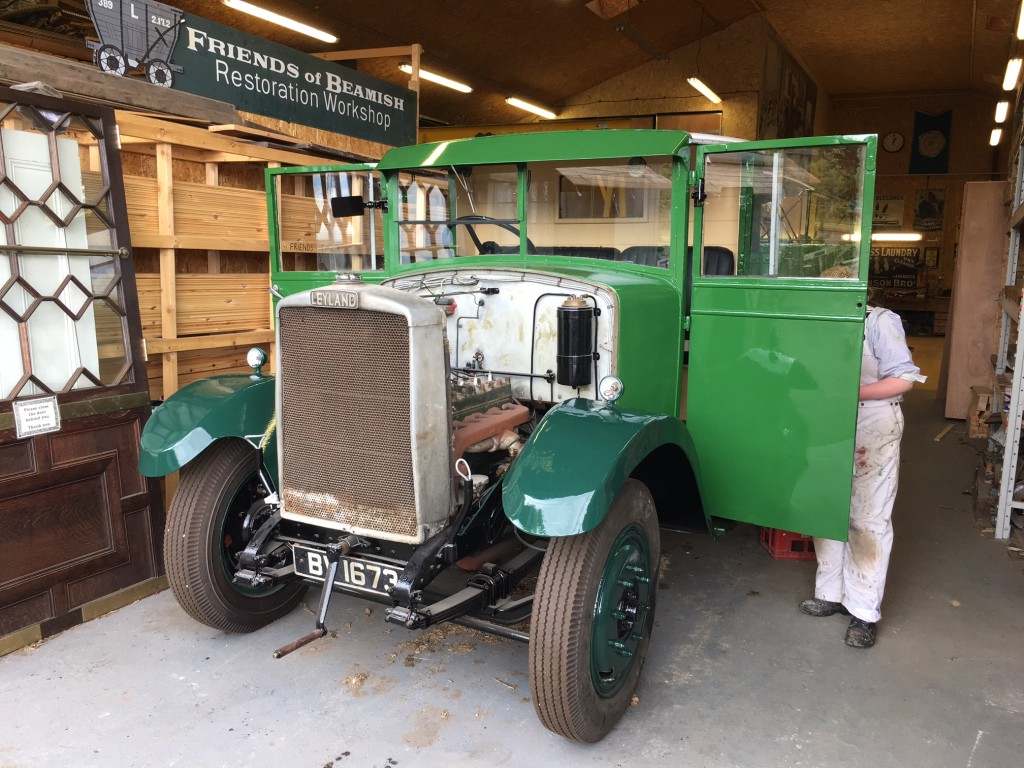 Below: The Model T ‘Crewe Tractor’ was making a worrying noise as it was parked up after the steam fair, and fortunately though this revealed a defective shell bearing on one of the connecting rods, the problem was caught early enough to avoid any engine damage.  This was one area that hadn’t been explored during the conversion, but now it has been!  New connecting rods were ordered (off the shelf stock believe it or not!) complete with oversize shells as the crankshaft has previously been ground.  The new versions also have little scoops on the bottom, as seen here in contrast with an original, to aid the lubrication within the crankcase. 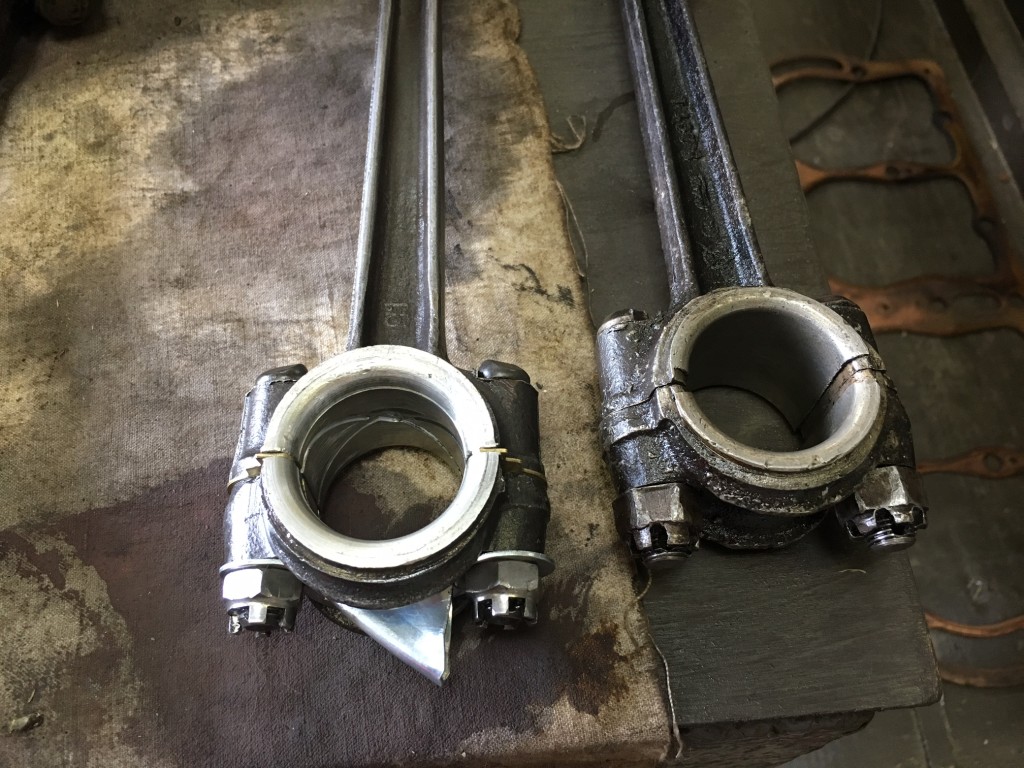 Below: The S&N van really is the ‘gift’ that keeps giving, with every item removed seemingly revealing something worse behind it!  The mudguards/wings are in poor shape, which was evident from a general inspection, but their removal revealed substantial rot in the box section floor members, all of which needs renewal.  Here are the rear mudguards – their condition being fairly apparent from these images, even with the new metal that has been added!  One even included patch repairs using reflective road signs as a source – clearly something rather better is the way forward in this overhaul!  Most fo these are hidden within the bodyside, but the outer section, painted black here, is exposed and will be attended to shortly. 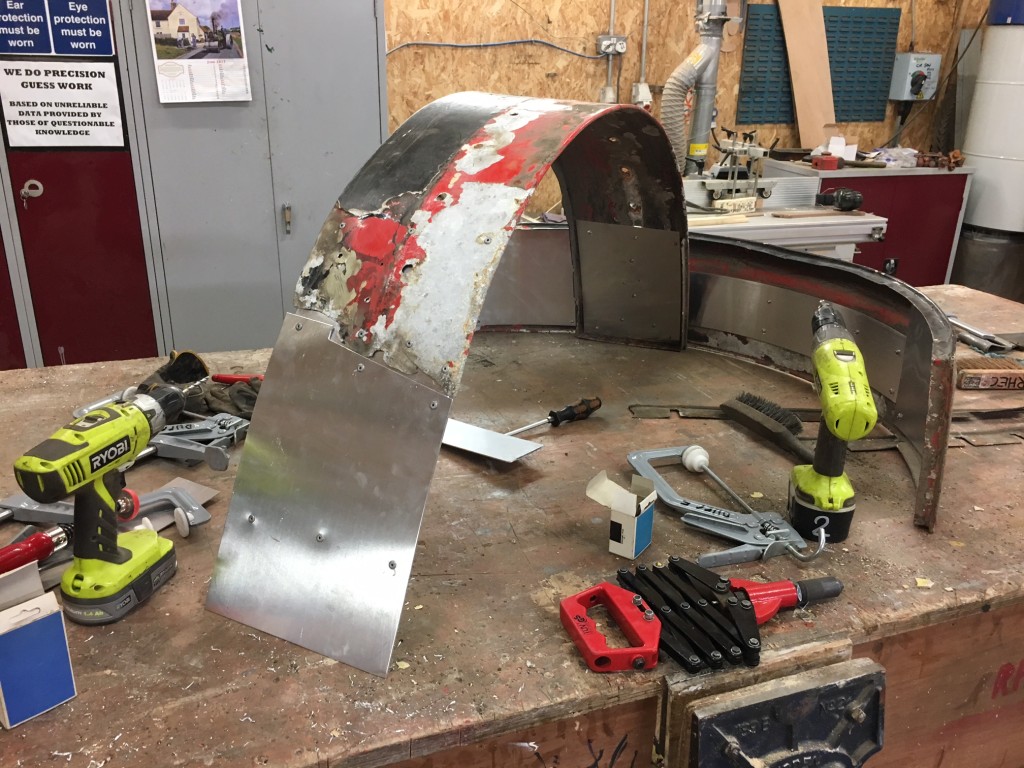 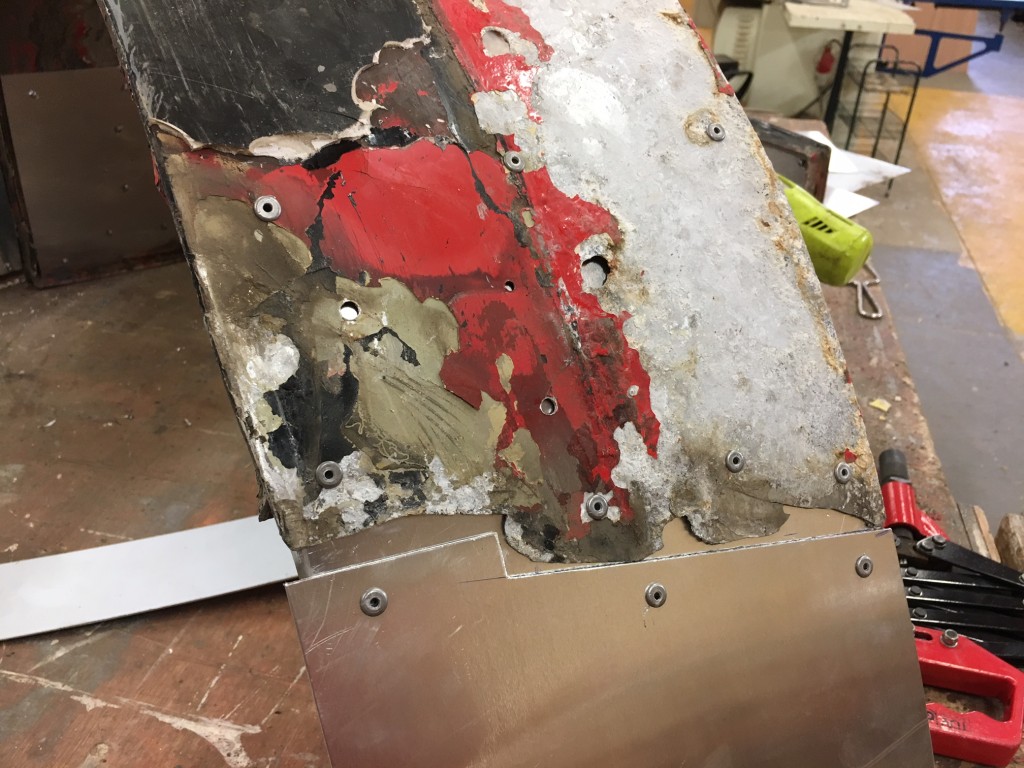 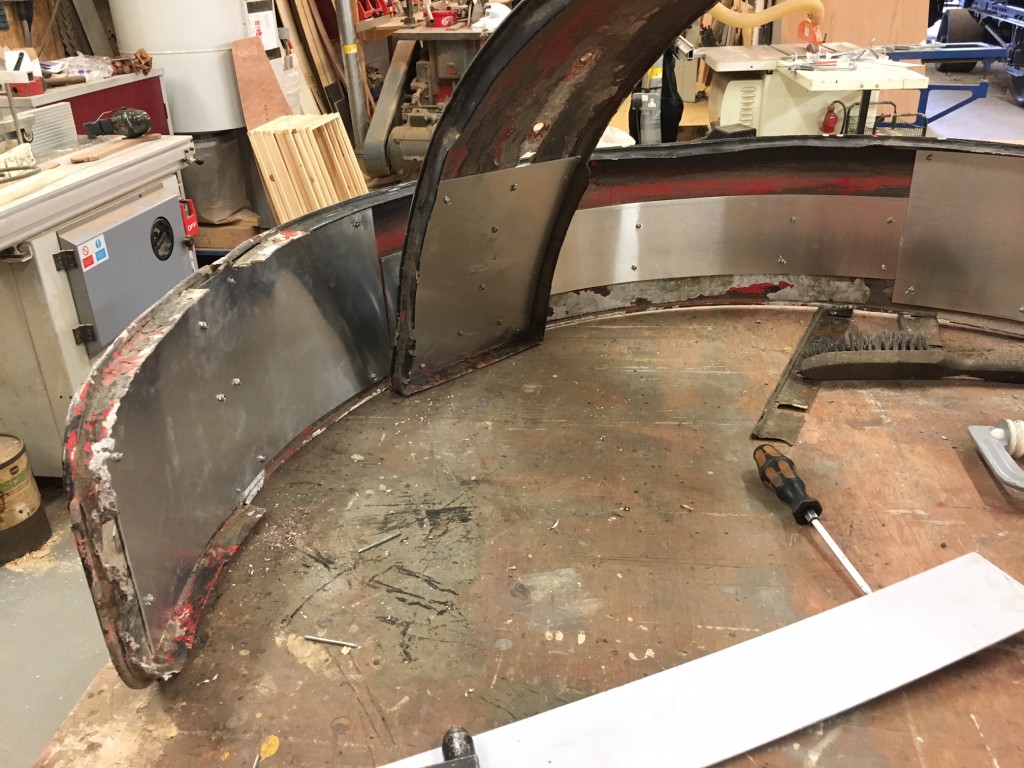 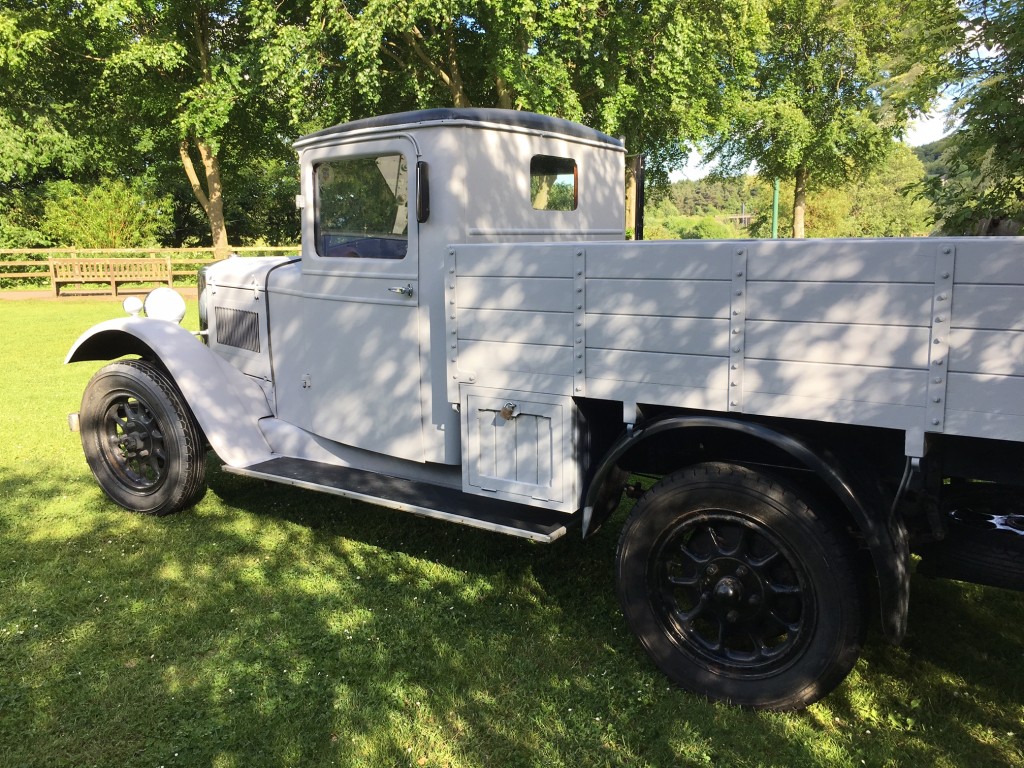 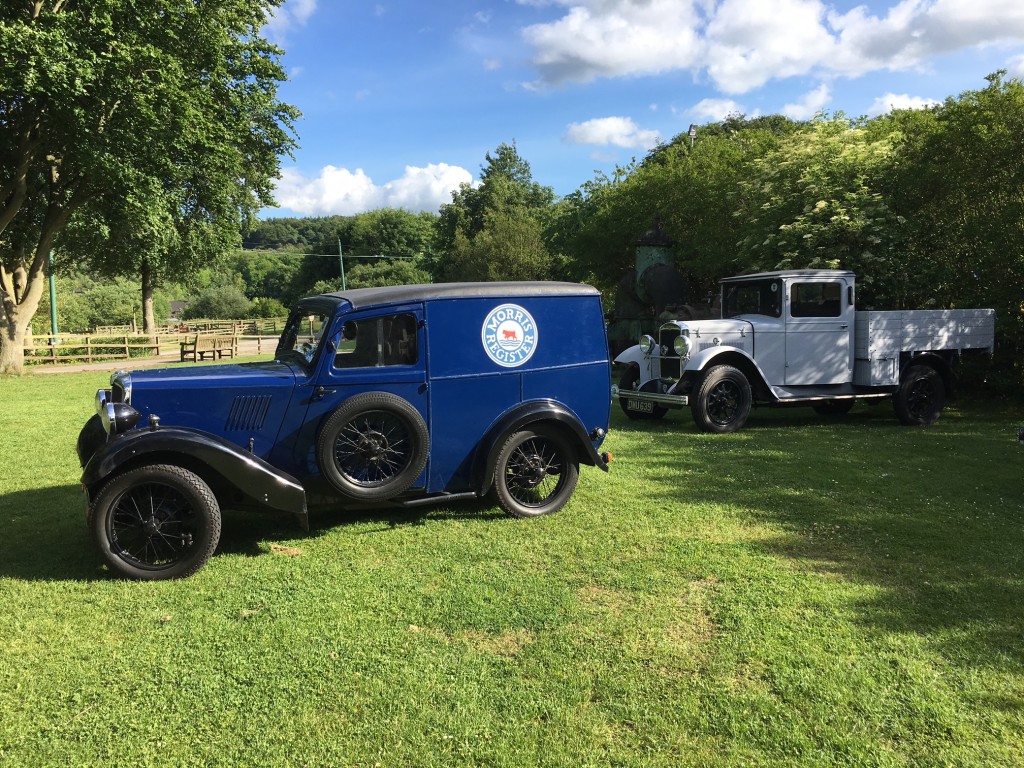