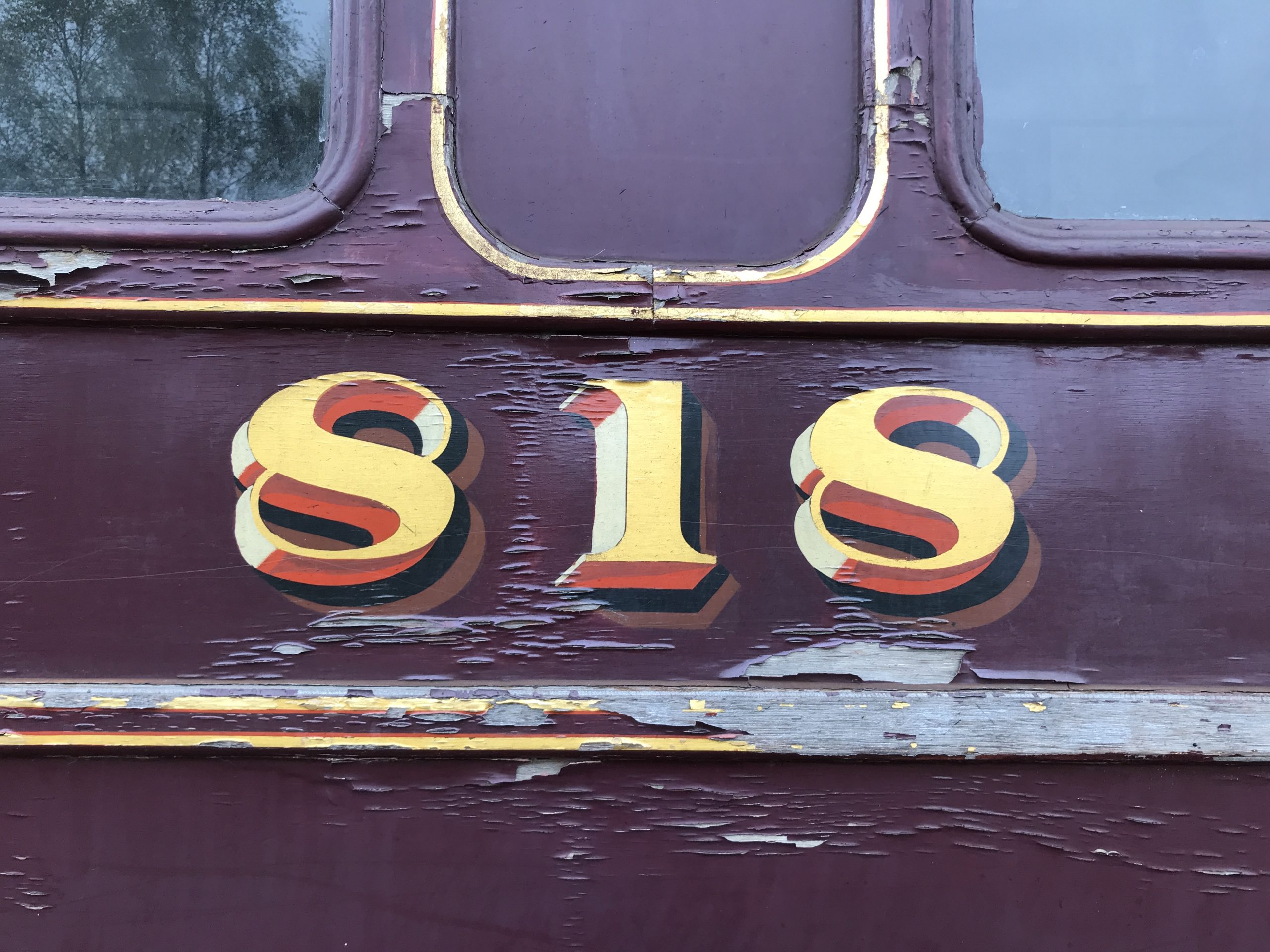 Our 1903-built North Eastern Railway Luggage Composite coach, No.818  is moving to Kirby Stephen East (home of the Stainmore Railway Company) for an 18 month survey and overhaul followed by a five-year operating term.  It will form part of the collection there described as ‘Timeless Trains’ whilst it is on loan, see: http://timelesstrains.org/our-coaches.html

No.818 is sometimes mooted to be 3071 – though some further research into this is required, given that the coach is believed to incorporate components from other ex Ashington miners train vehicles including one that was broken up at Beamish.  This might make an interesting subject for a future blog post – perhaps there is someone out there with some time on their hands who might wish to assist with this – I would be very grateful if so!

The coach was restored in the 1980s but despite receiving one repaint in the interim period, it suffered badly from outdoor display and partial indoor storage.  Once the Regional Museum Store was built, it was able to be kept fully undercover, but fairly extensive damage had been done by then, with some of the beautifully restored interiors being damaged.

The coach did see use at Beamish for many years, before it was stored.  It has also been on loan to the Tanfield Railway, North Yorkshire Moors Railway and, in 2011, to Kirby Stephen East:

With no prospect of being able to allocate the substantial resources of time and money to its overhaul at Beamish in the near future, the arrangement to move it to Kirby Stephen East, where there is a growing and enviable reputation for historic railway coach restoration, is an ideal one, which will see 818 receive the attention it needs to restore it to operation and revive its medium-term future at Beamish at the same time.

Below: This photo, showing the worst of the two sides (as it is south facing, and was exposed to the weather and sunlight when it was displayed outside in the 1990s) as the coach awaits loading. 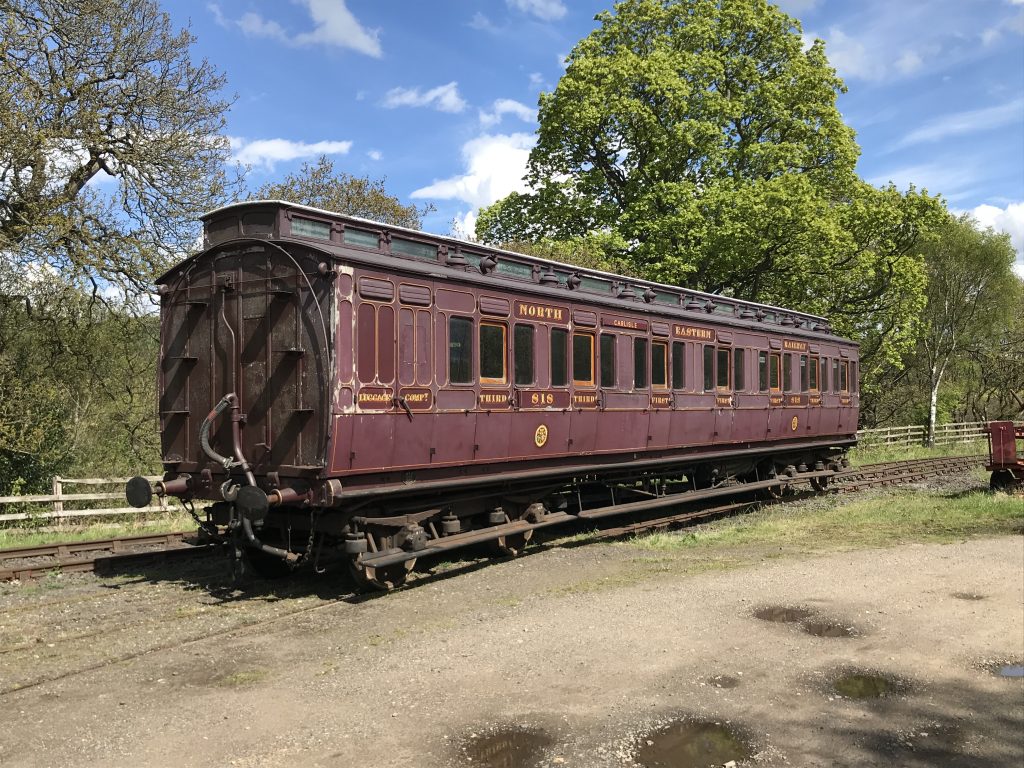 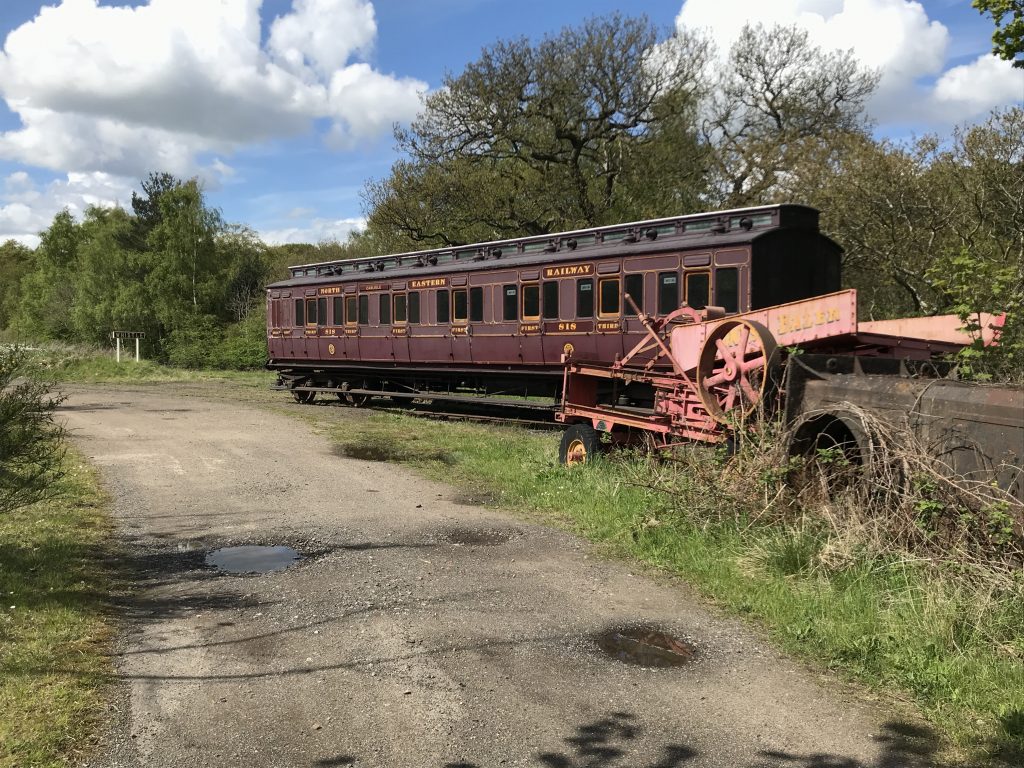 Below: Some close-up views showing that the deteriorating paintwork. 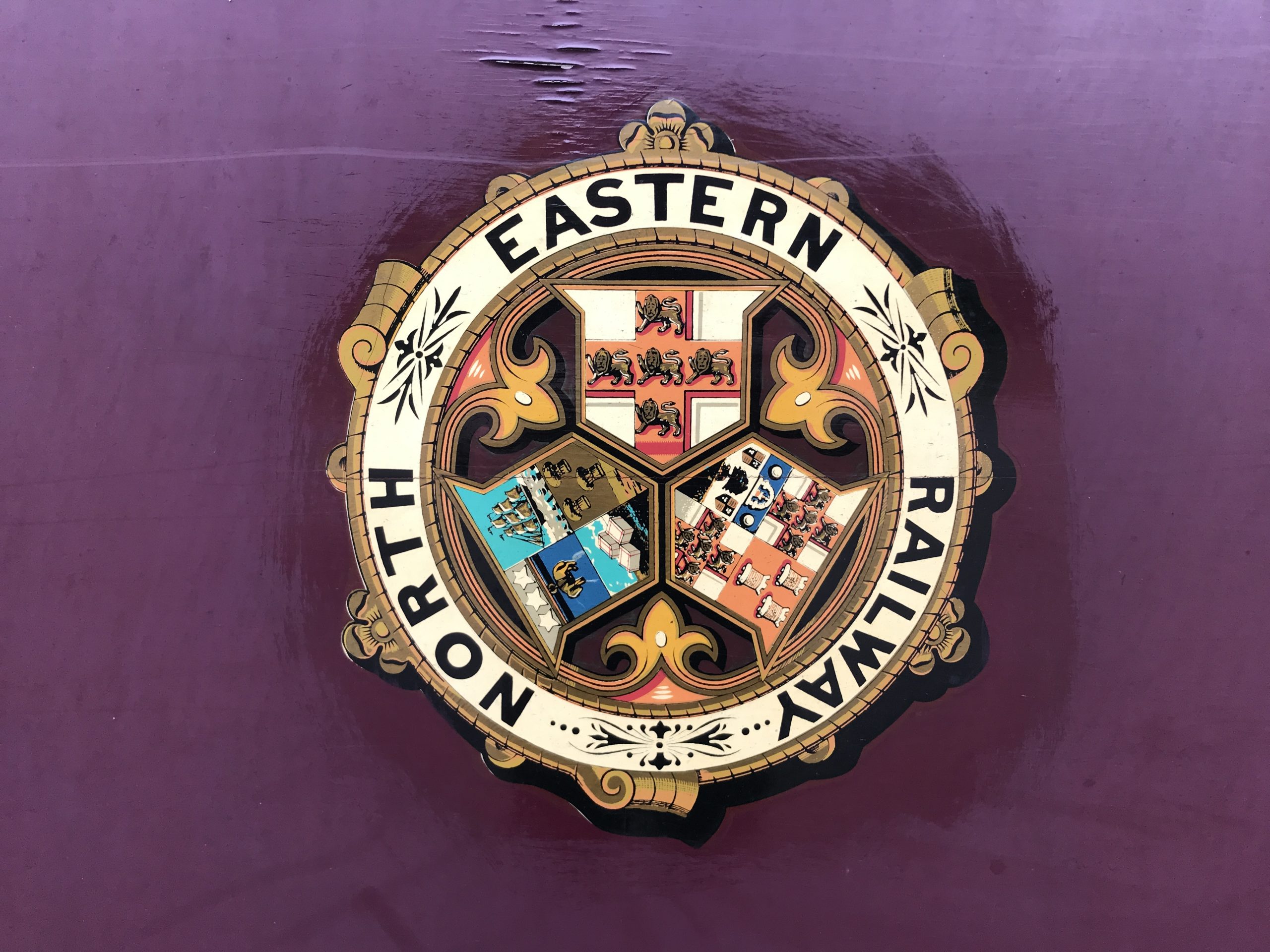 Below: When restored in the early 1980s, a great deal of care and attention went into the details of the coach, including installation of gas lighting.  As it has run in recent years, the mechanical condition is fairly sound and underneath the scruffy exterior, the structure and mechanical condition appears to be generally very good. 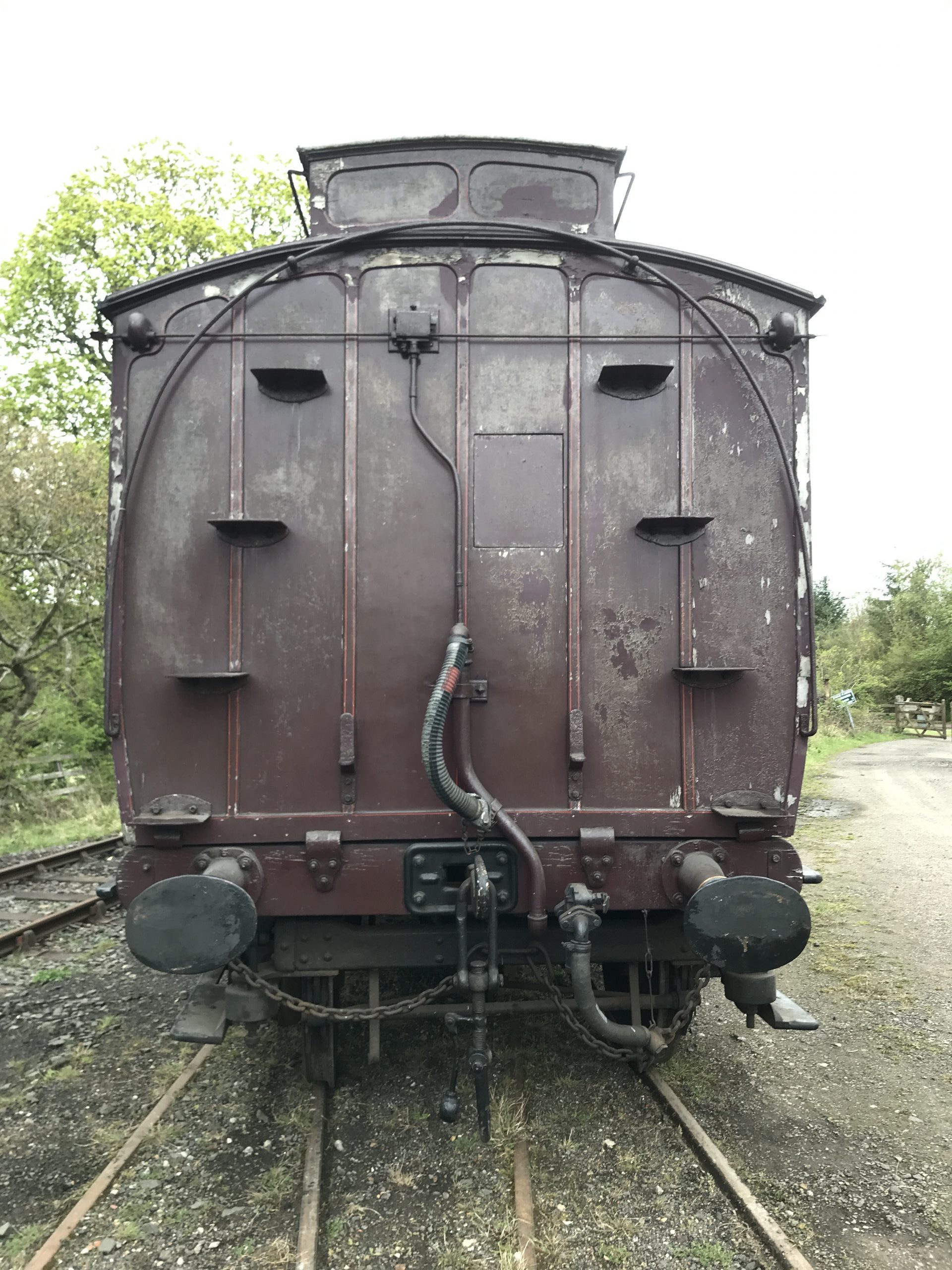 Below: 818 was collected on the afternoon of Tuesday 18th May, departing at tea time and heading south east to Kirby Stephen the same day. 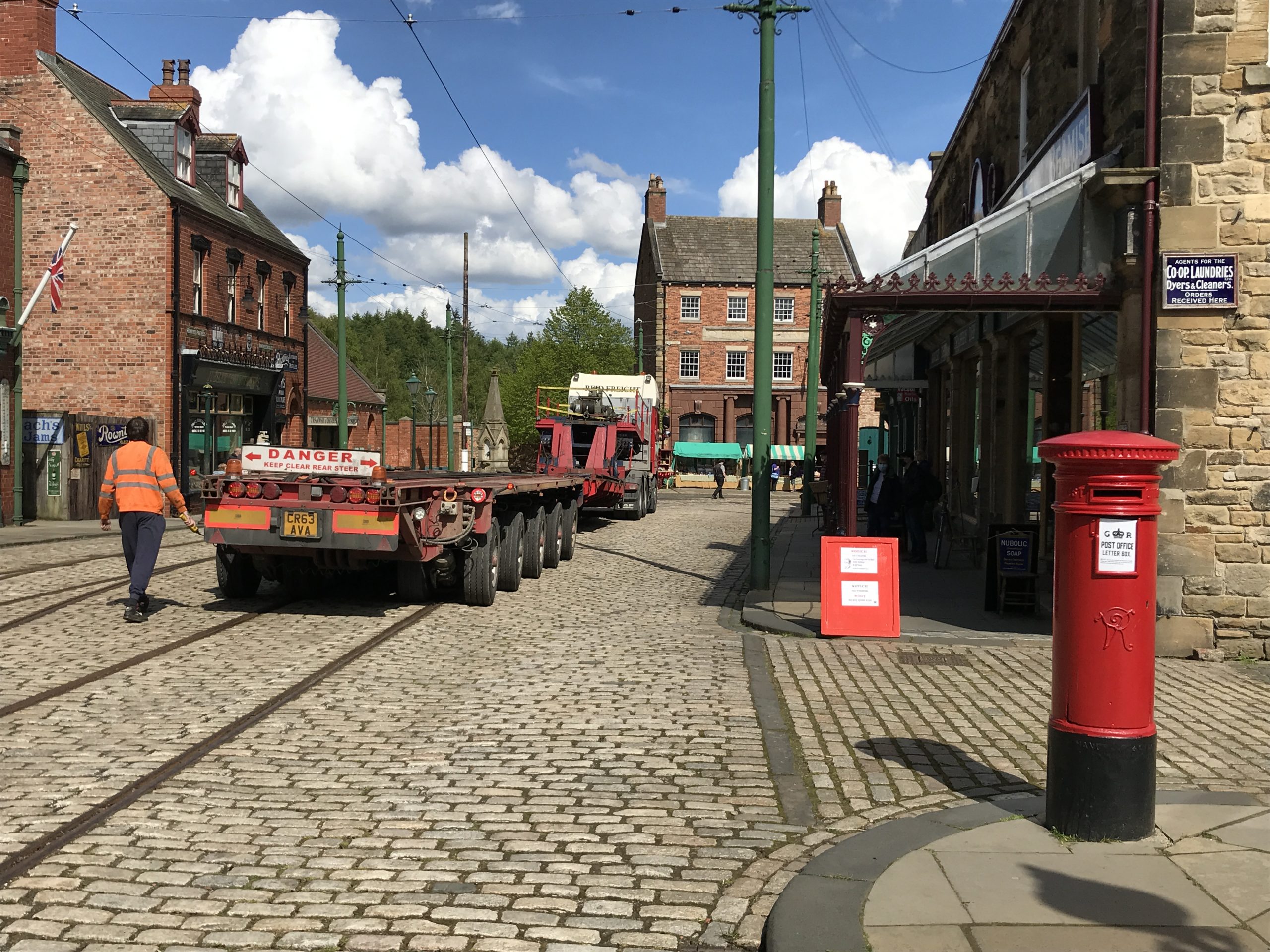 Below: 818 departs Beamish for another lengthy stay away from the museum. 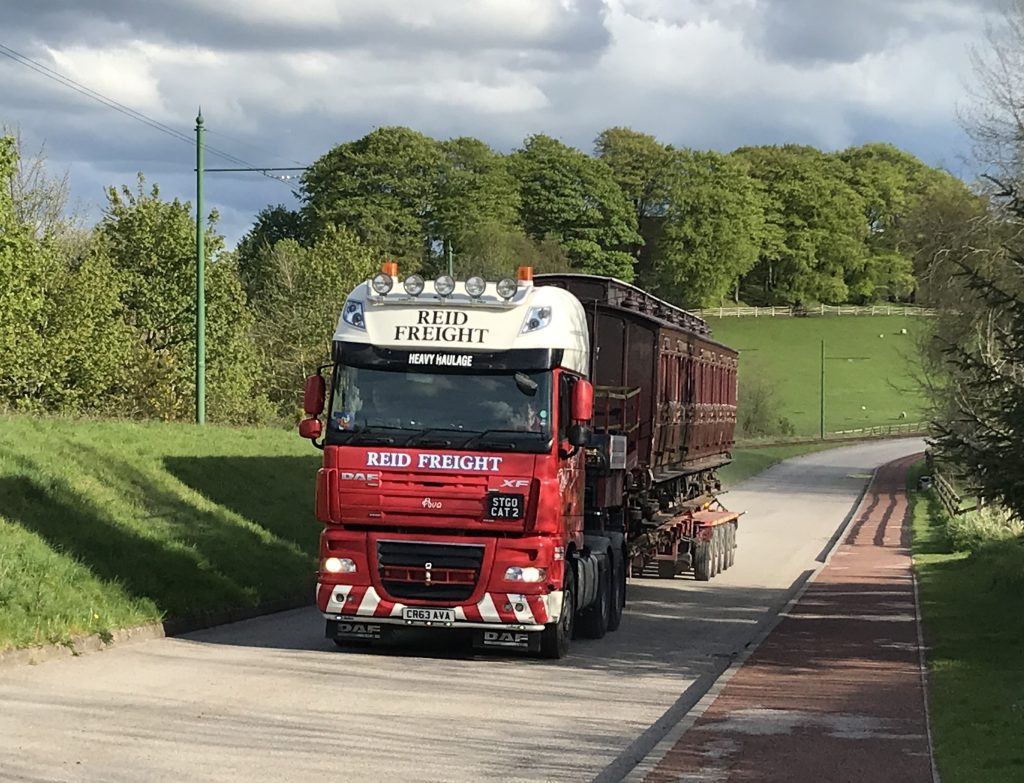 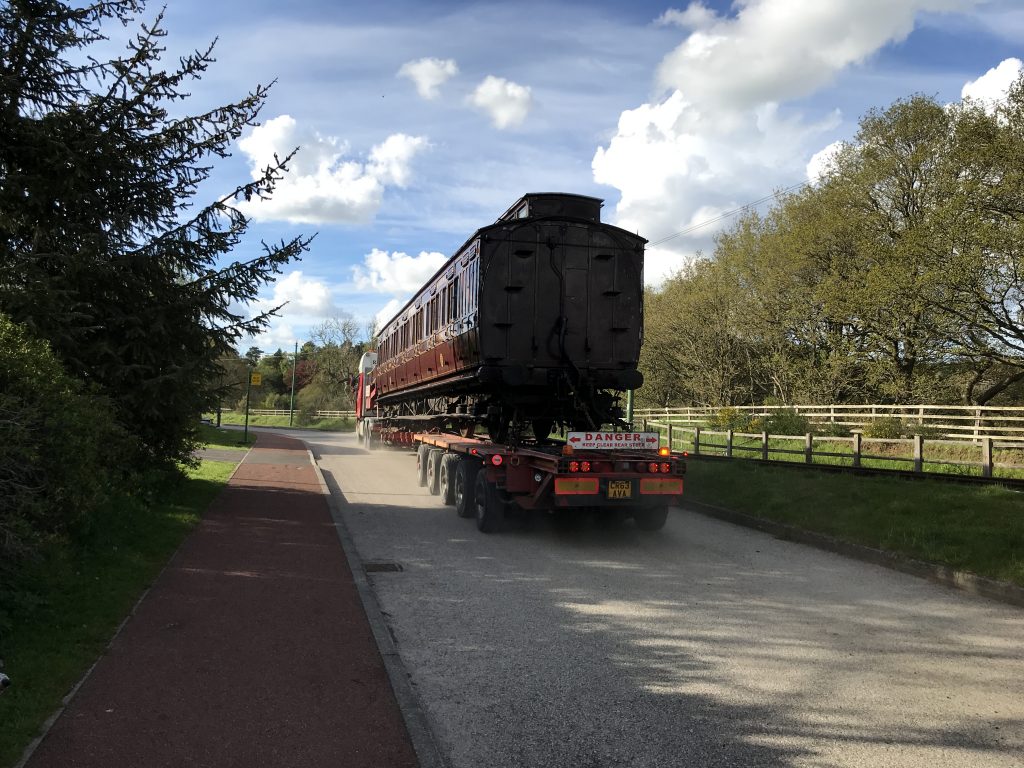 Below: Mike Thompson sent some images of 818 arriving at Kirby Stephen East, the coach seen being unloaded then placed into the large stock/restoration shed there.  We look forward to seeing it return to service at KSE and a future return home to the museum here.  I will record progress on the blog in due course.

Below: Compare this side of the coach to the views earlier in this post – this being the north facing side, sheltered from direct sunshine and prevailing weather conditions when it was displayed outside at Rowley in the 1980s and 90s.  It has received one repaint since restoration, and this side shows how well this has endured on the north side of the coach.