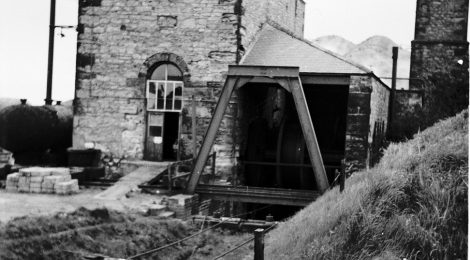 This year (2022) marks the 200th anniversary of the opening of the Hetton Railway in Co Durham – a significant occasion in railway development as a whole, not just for the Co Durham coalfield at this pivotal moment in its own expansion.  In particular, its importance arose as a result of the decision being taken from the start to employ steam engines as the principle means of motive power along the route.    It was engineered by George Stephenson, though in practice, his appointment ot the Stockton & Darlington Railway in 1821 resulted in his younger brother Robert  (not to be confused with his son of the same name) being appointed as resident engineer.

The main route was eight miles in length and stationary steam engines and gravity provided the motive power.  One significant obstacle was Warden Law, which required an ascent of the 636 feet above sea level hillside, before a greater descent over the remaining miles to the coast at Sunderland (travelling in the direction from Hetton Colliery, eastwards).  In order to power the eastward ascent of the incline, a condensing engine was installed, working two sets of waggons over two separate sections of incline 775 yards long simultaneously (by attaching the second set, by a rope of 775 yards length, to the first).  This method was soon found wanting and in 1836 the considerably more powerful (97.5hp) replacement was installed.

Manufactured by Thomas Murray of Chester-le-street and powered by two Lancashire boilers, the new engine was a great success and it was to remain in operation until September 1959, the coal from the collieries it served now reaching its market via underground connections to the Hawthorn Combined Mine (sunk in 1952) in Murton.  The significance of the Murray engine was recognised however, and it remained in situ, being dismantled in 1962/63.  In 1970 it was accessioned into the Beamish Museum collection and has remained in dismantled condition ever since, being relocated on at least two occasions within the museum site.

Below: An overall view of the railway’s summit at Warden Law, depicting the front of the engine house (centre) and winding drum (in the lean-to to the right).  Note the chimney to the right (the two boilers being to the rear of the building) and running line to the extreme left of the view – the route continuing down four further gravity (self-acting) inclines and a locomotive worked section of the line towards the coast  at Sunderland where the staithes were positioned on the River Wear.  Behind the photographer lay  Eppleton, Elemore and Hetton collieries, again reached via a series of powered inclines and locomotive worked sections of line. 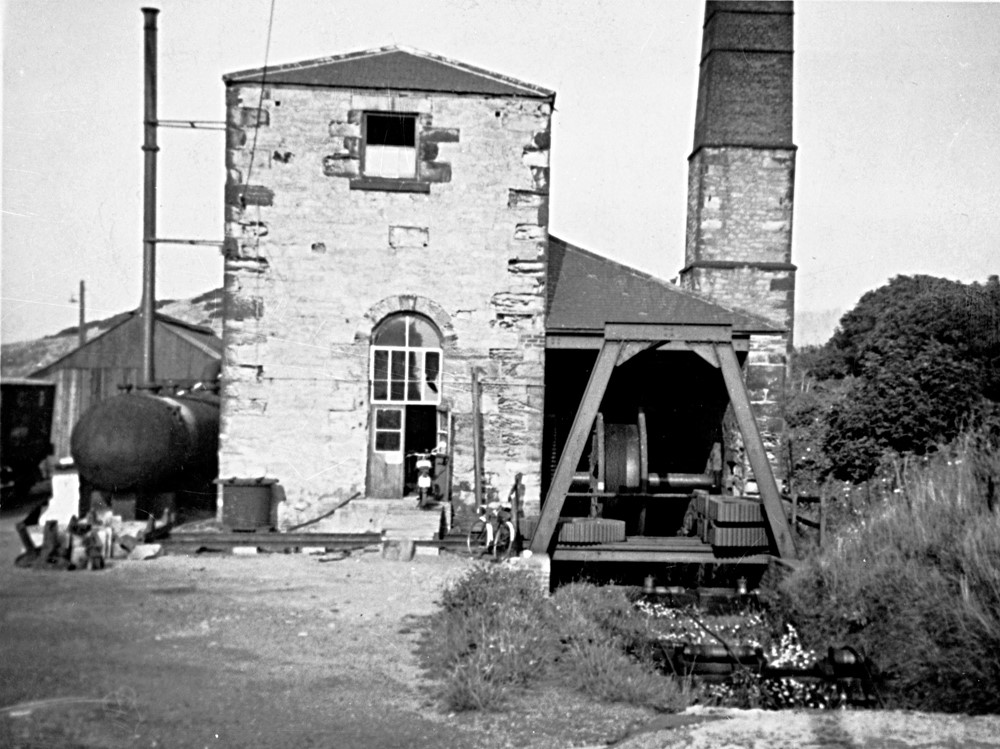 Below: A 1963 view of the same building following the closure and removal of the railway in 1959.  The chimney and boilers have gone but the building has been secured.  Frank Atkinson recorded a series of colour views of the engine before dismantling and removal to storage – at this stage the concept of Beamish having been established, but not the location. 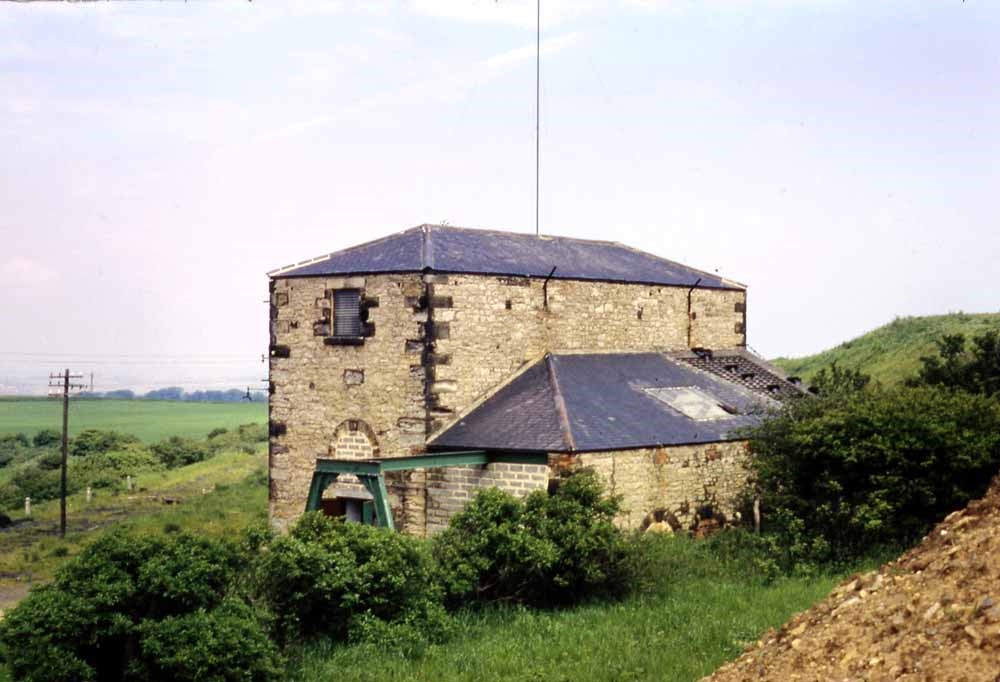 Below: Frank captured this view of the flywheel, and in the left-hand background the 39 in. diameter cylinder (with a 6 ft. 2 in. stroke).  In 1956 J. Free, a 3rd year Mechanical Engineering student at the University of Durham had written a dissertation describing this engine, calculating its horsepower to be 97.5.  Note the good state of repair of the paintwork. 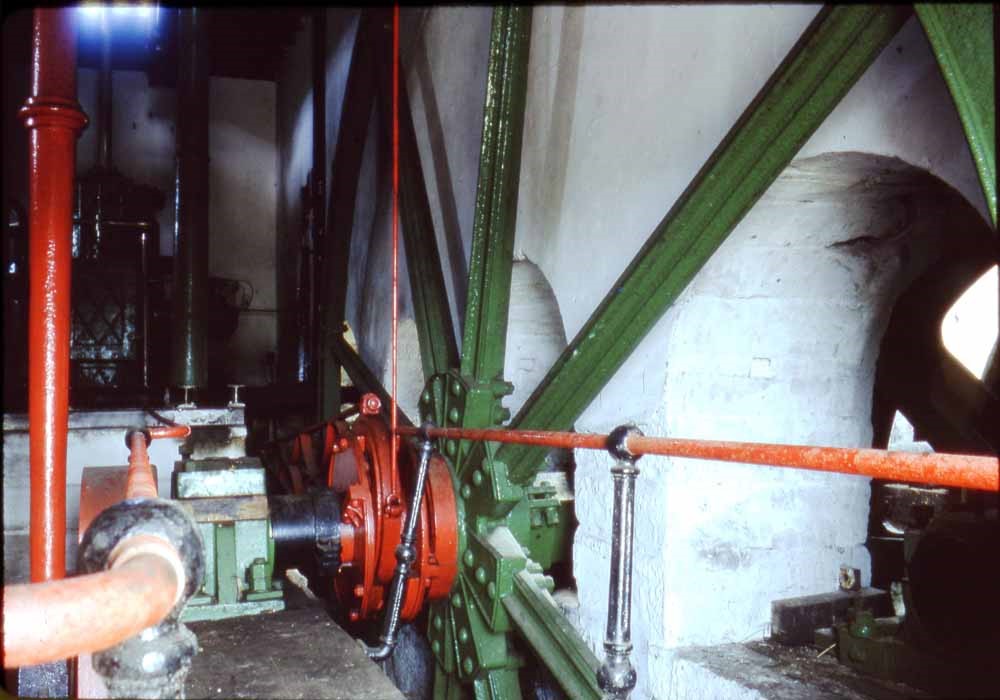 Below: The beam of the engine was estimated to weight 6.5 tons, and stood above the flywheel and cylinder below.  22 ft. in length, it featured Watt’s parallel Motion in order to convert the up/down motion of the piston into rotary motion at the flywheel.  The connecting rod was 18 ft. in length, the flywheel itself being 24 ft. 6 in. in diameter. 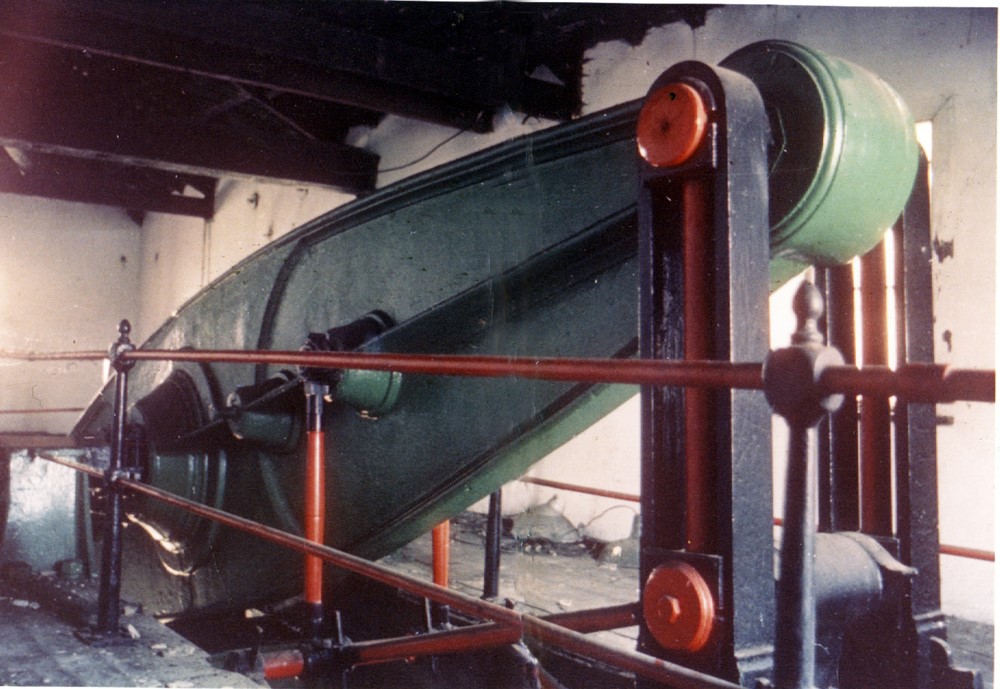 Below: Below the beam and straddling the width of the engine room is this cast iron support, itself supported by cast columns and embedded at the ends into the walls of the building.  This is one reason that it is so difficult to reassemble these engines, as they require something to replace the structure, in the absence of the building itself.  There is no doubting the maker and year of construction.  Note the beam to the top right of this view.  The cylinder can be seen below, complete with the vale chest (with cast cross-hatched chest cover). 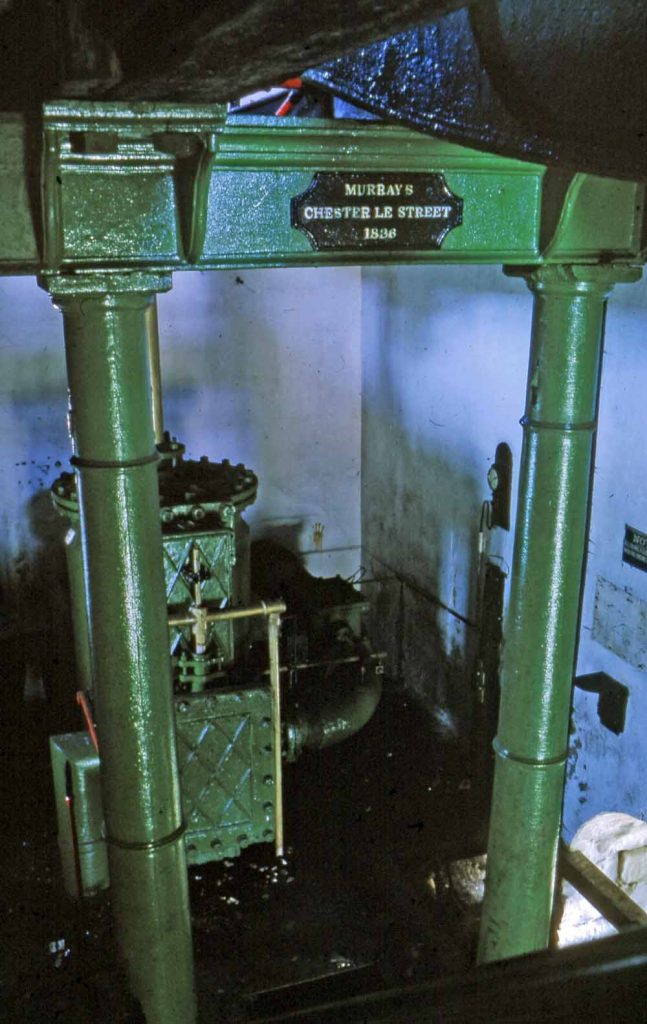 Below: The cylinder is now stored in the Regional Museum Store, borrowing a small amount of space within the Tyne & Wear Archive & Museum section of the building.  I don’t have a contemporary photograph of it, but this one shows it after being placed undercover there.  In 2005/6 we had a small amount of cleaning and conservation work carried out on the cylinder, which also bears the mark of its maker, Murray of Chester le Street. 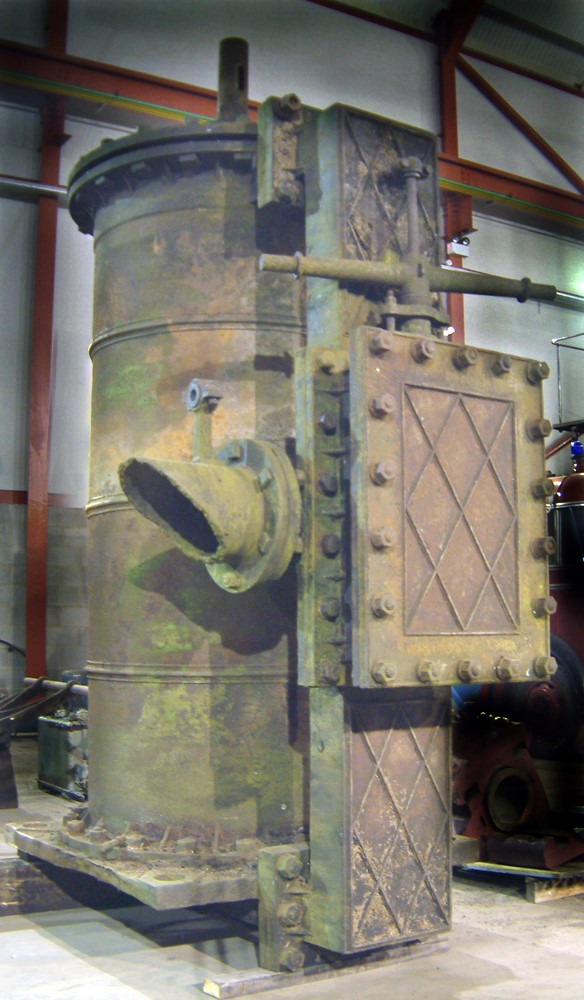 Below: On Tuesday of this week, a number of components were extracted from storage in order that they can be displayed, aboard a traction engine-hauled trailer, at the Hetton Carnival on the 25/26th June. Here the beam is removed. 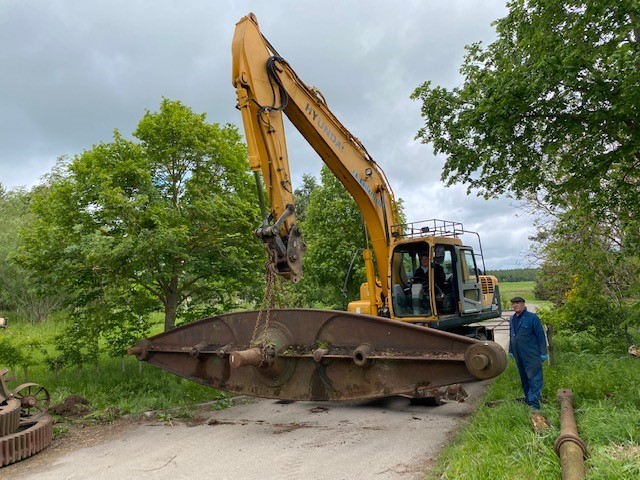 Below:  Also removed were the connecting rod, the cast iron beam seen earlier (with the makers name cast onto it), the connecting rod and the ornate linkage that enabled the driver to slop the eccentric in order to reverse the engine. 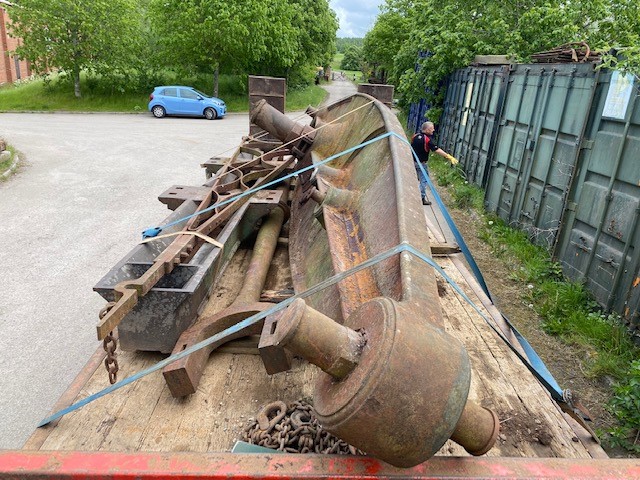 Below: Some of the components not being displayed, but included here to show what it looks like now.  The substantial axles for the winding drums can clearly be seen, along with the more slender cast columns for the supporting beam.  There are numerous bearings evident along with sections of the flywheel including rim and spokes. 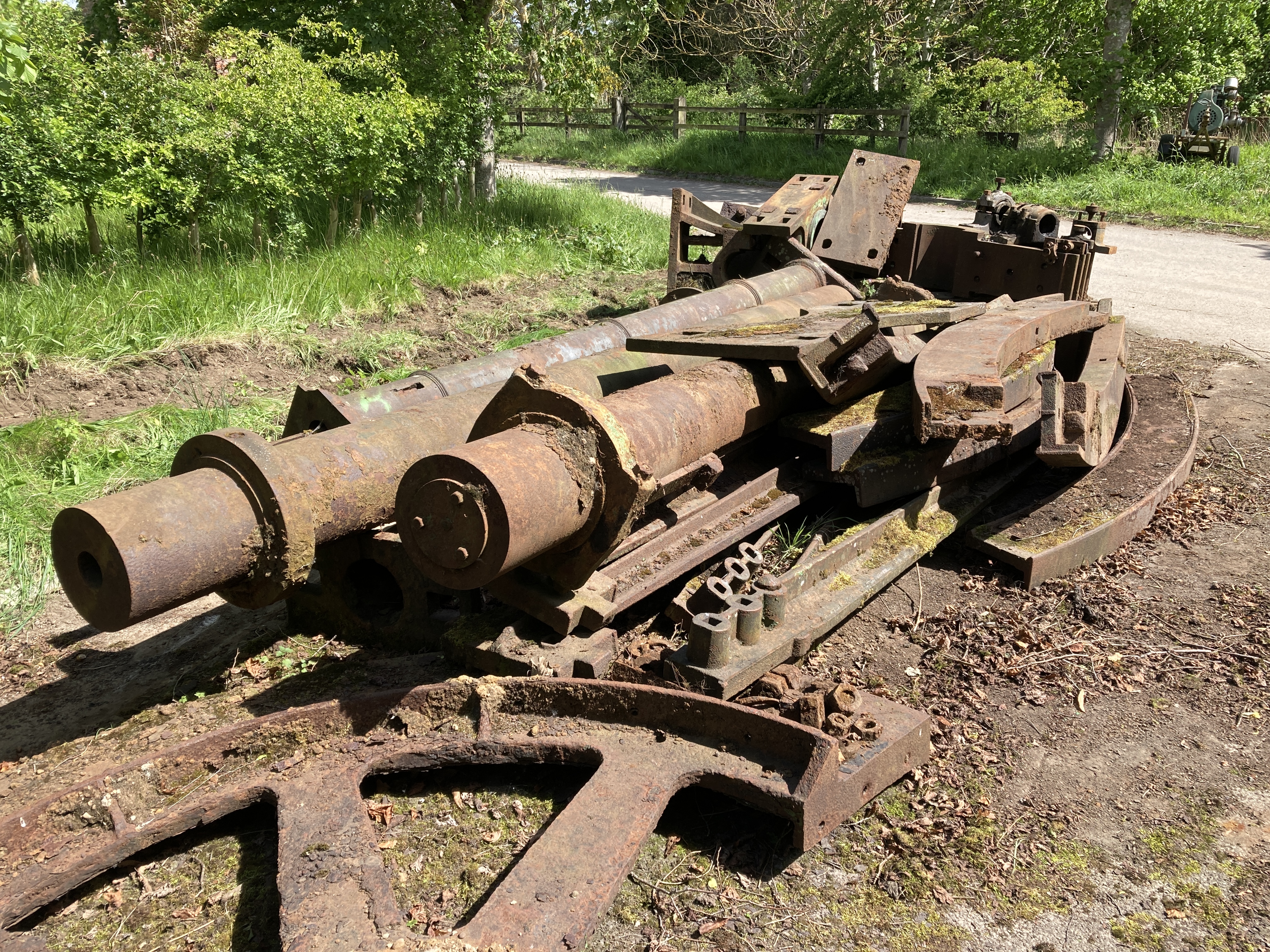 Below: Faded remnants of the paintwork are still evident after 59 years of open storage.  Clearly, as a museum, this all begs the question, what next for the engine?  It would be wonderful to restore if to operation (but prohibitively expensive), but more likely is that a steel frame could be made to accommodate it (and replace the structure that had been stone) and enable it to be displayed sans engine house.  This too would be expensive, so for now we can simply record it, understand it and appreciate why the engine was so significant. 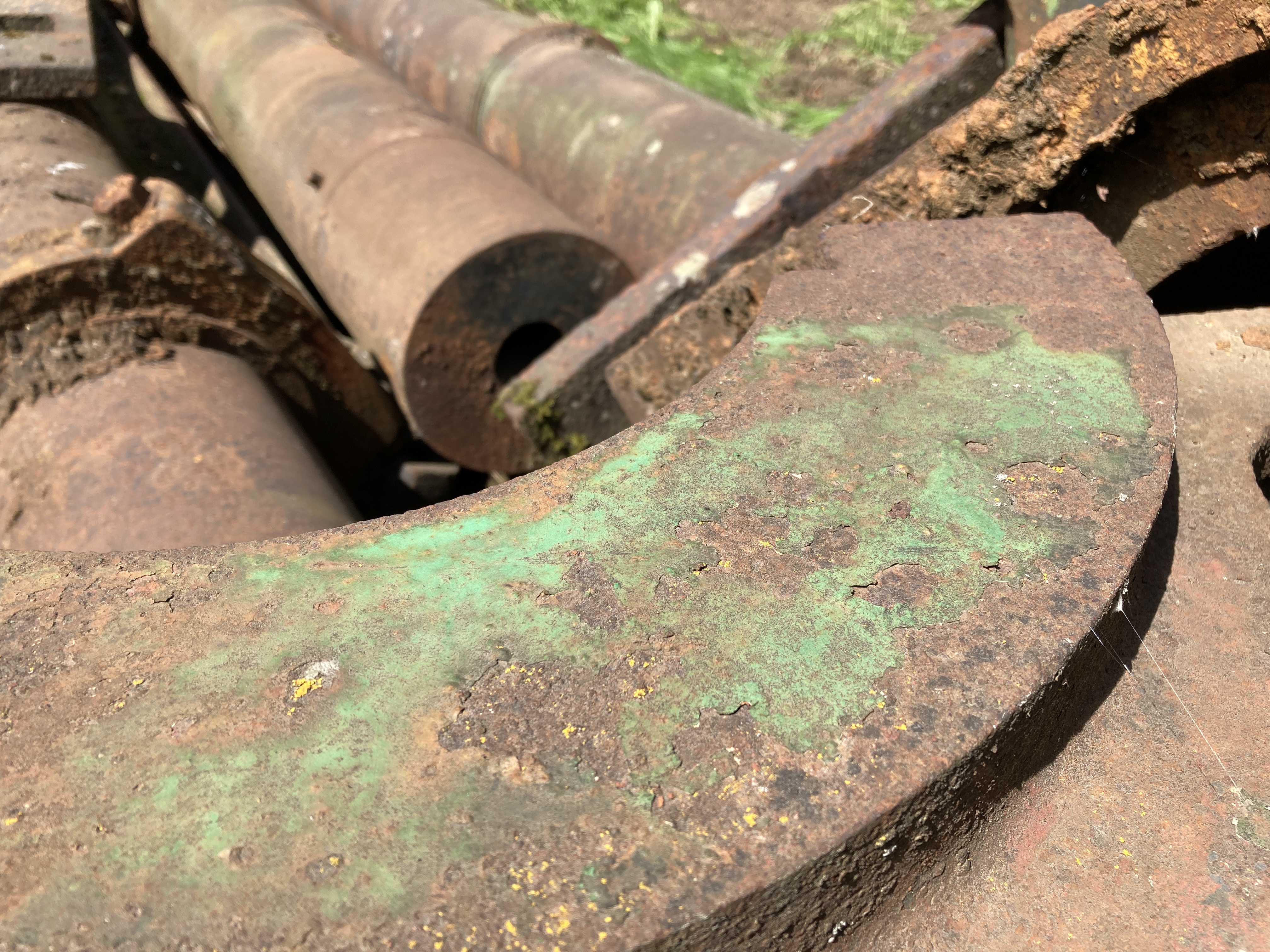 You can read more about the 200th anniversary events here: