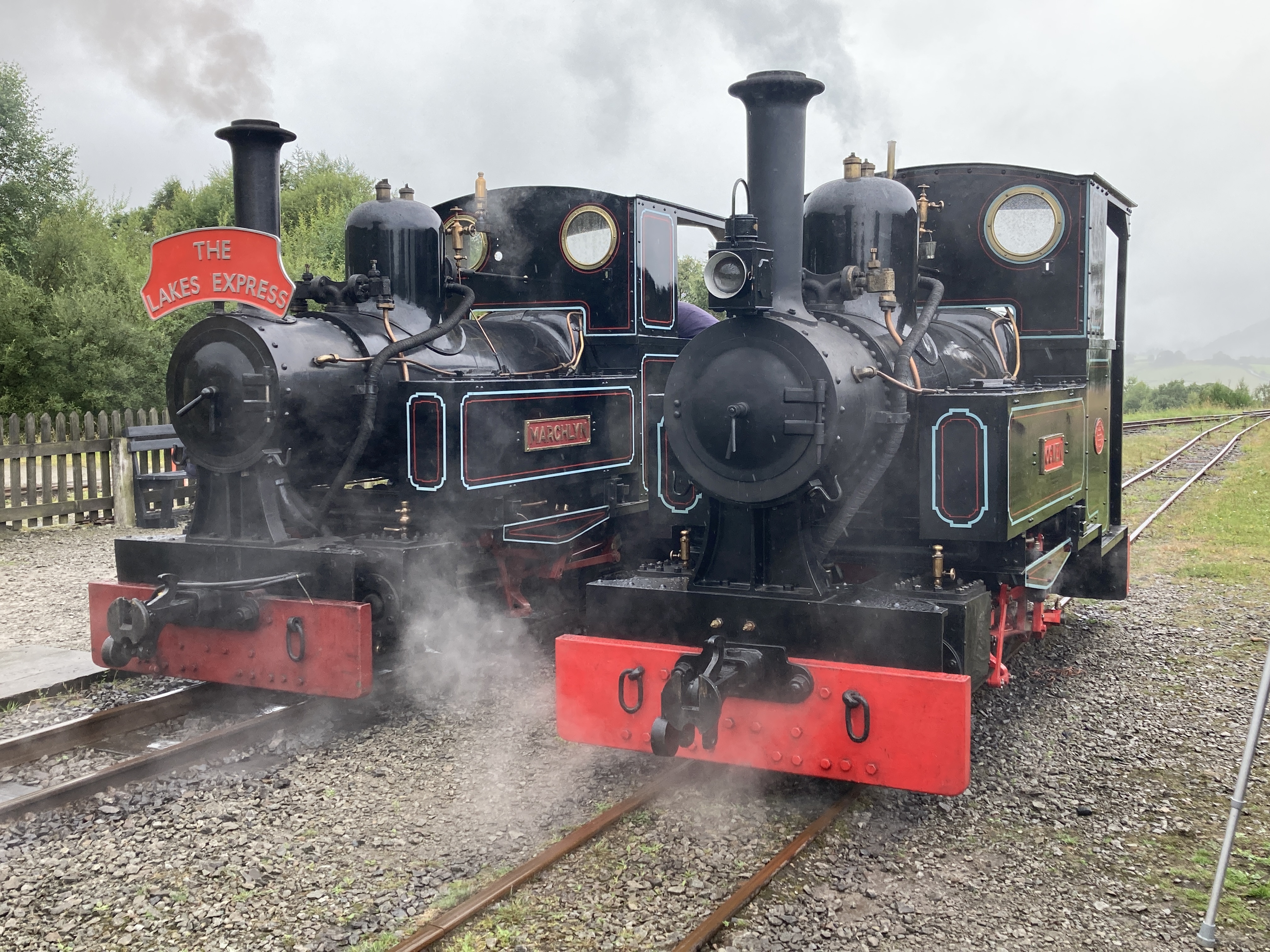 For this post we take a look at a past-resident of the museum, one of the two repatriated Durham County Water Board locomotives that had been stored since 1965 in Indiana, USA.  The DCWB operated a large fleet of two-foot gauge locomotives on the construction railways around Burnhope Dam and Reservoir in Weardale, Co Durham, during late 1930s.

Below: Ogwen, built by Avonside (Bristol) as works number 2066 in 1933 has been restored to steam by its owner Martyn Ashworth and a team of engineers in South Yorkshire.  The locomotive spent three years on display at Beamish following its return to the UK after many years storage in the USA.  This weekend the railway at Threlkeld Mining Museum (near Keswick) hosted Glyder and sister Avonside Marchlyn as part of their gala weekend activities.  Here is Ogwen, looking quite different to the last time we saw it on this blog, in 2015. 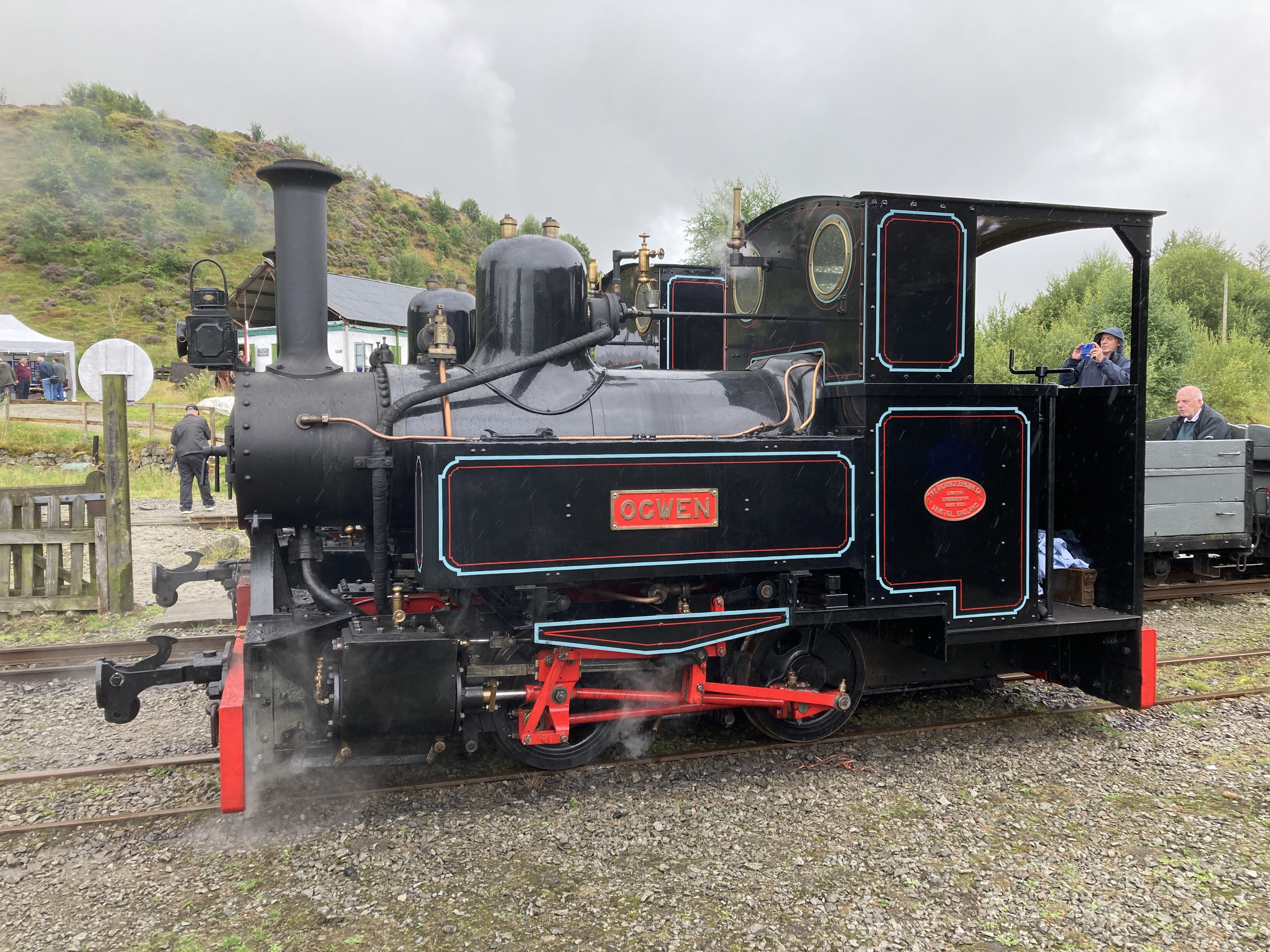 Below: Both Marchlyn and Ogwen (Wear and Durham originally) have been restored to their more familiar Penrhyn Quarry Railway condition.  Marchlyn’s headboard reflects the adjacent route of the Cockermouth, Keswick and Penrith Railway, closed fully in 1972 and now a very popular walking/cycling trail.

Below: A decade ago, in May 2012, Ogwen and Glyder arrived in their shipping container, for unpacking and placing immediately on display within the Colliery Engine Works.  Here Ogwen is seen after removal from the container and then following placing on display at the rear of the shed. 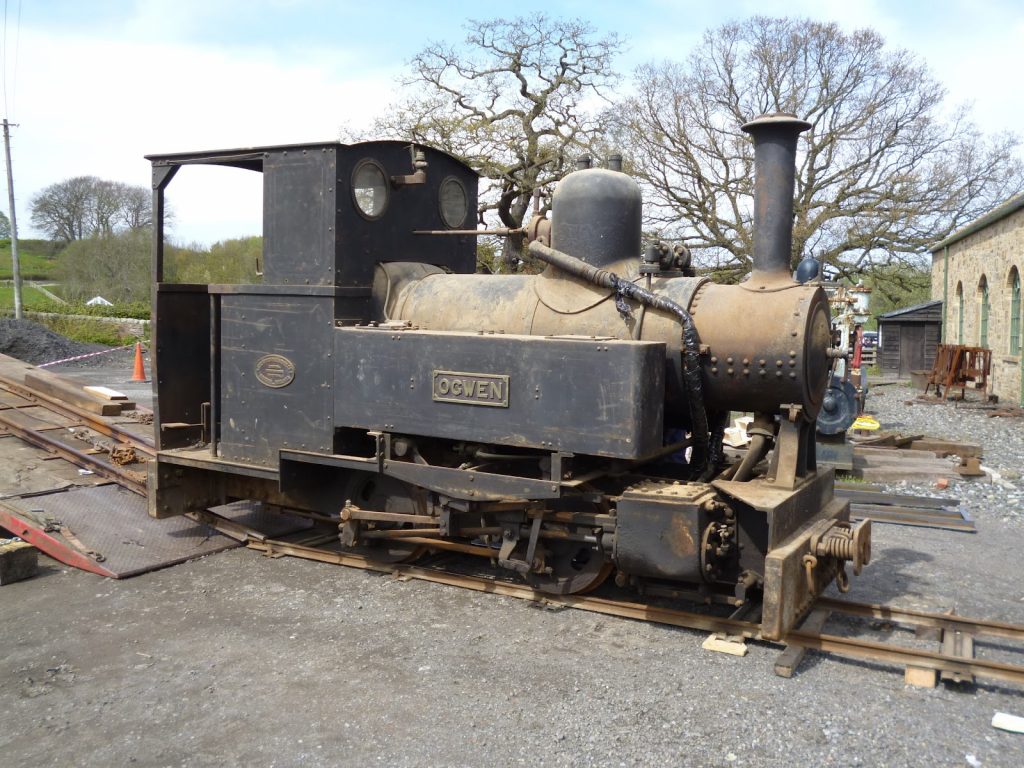 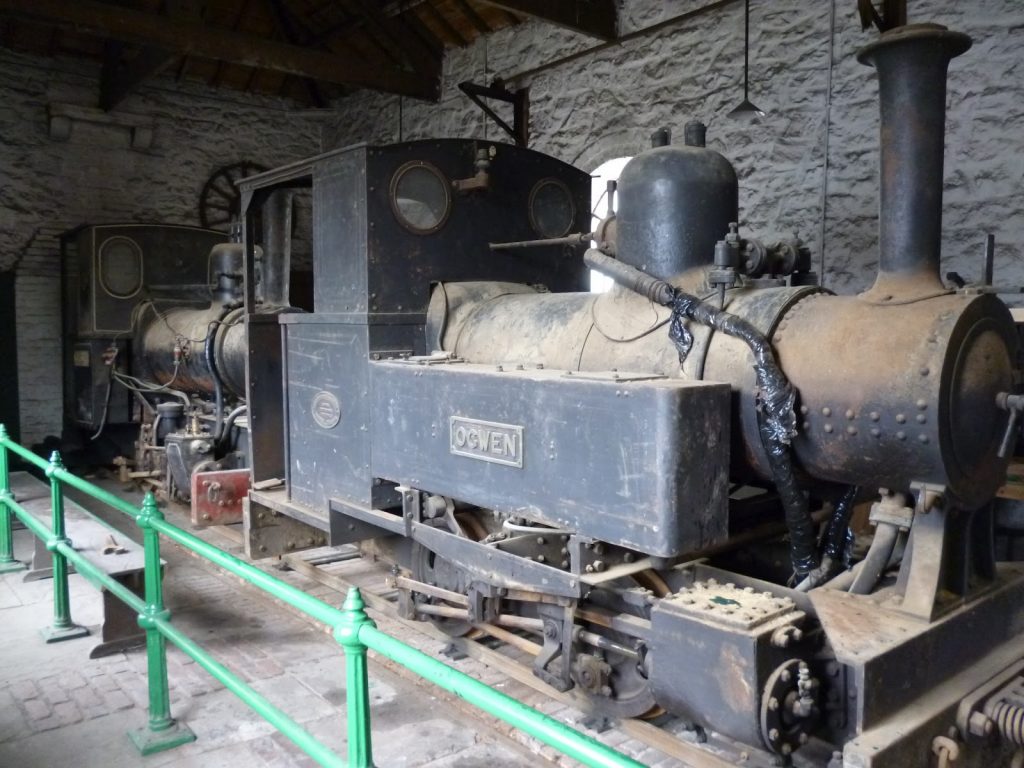 Below: This copy of a copy of an image which appeared in ‘The Durham County News, Thursday 17th May 1934’ reported on the reservoir construction at Burnhope.  The locomotive is Durham (later Ogwen) and shows shows Durham plus a rake of side tipping skip wagons. Note the temporary workers buildings in the background and the already baron nature of the landscape during the construction of the dam and associated channels etc. 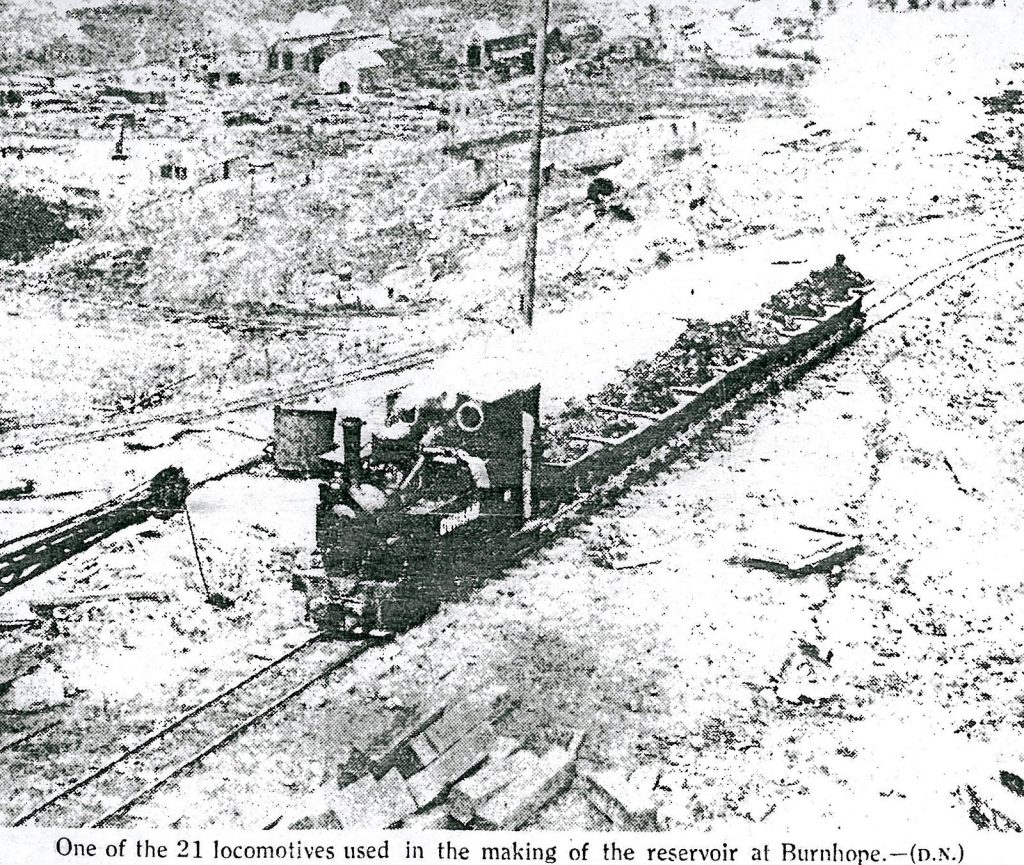 Below: An early photo (probably showing the engines leaving the makers) of two the Avonsides featured in this post, loaded aboard a standard gauge Weltrol wagon for delivery to the Durham County Water Board via Wearhead Station. ‘Durham’ to the rear became Ogwen as we saw above, whilst ‘Wear’ was to become ‘Marchlyn’, now at Statfold Barn and seen visiting Threlkeld earlier in this post.  A third Avonside, Elidir (formally named Lanchester) is currently under restoration in Bedfordshire. 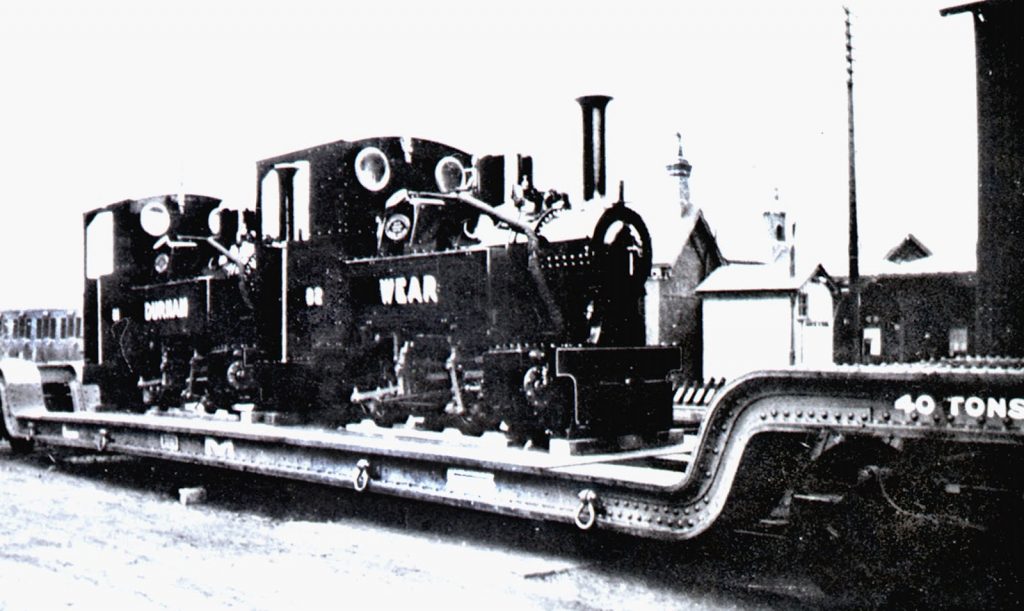 Below: In September 2015, both locomotives were extracted from the shed, with Glyder moving to our own workshops and Ogwen heading for short-term storage at Statfold Barn, prior to being relocated again for restoration to working order. 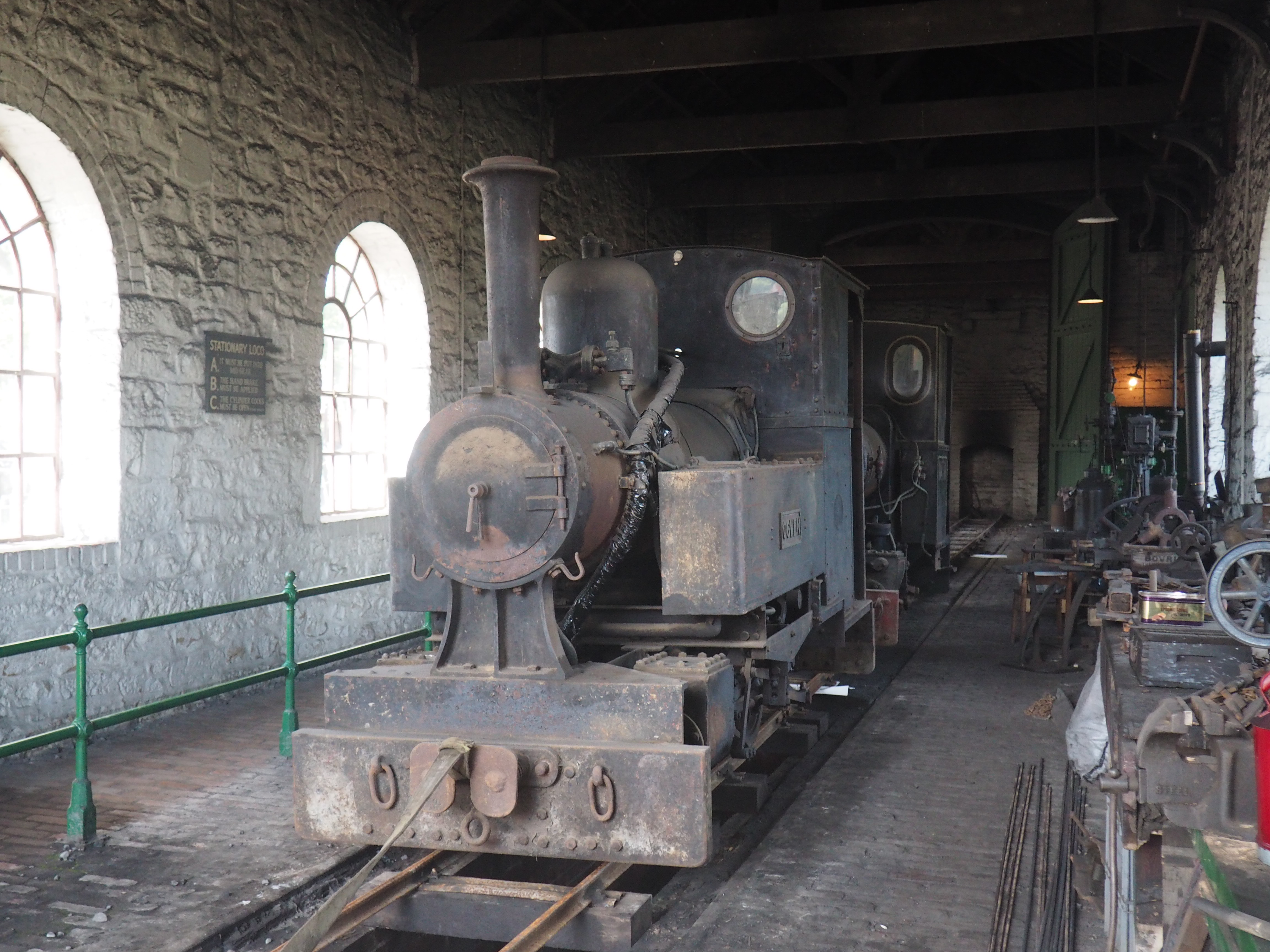 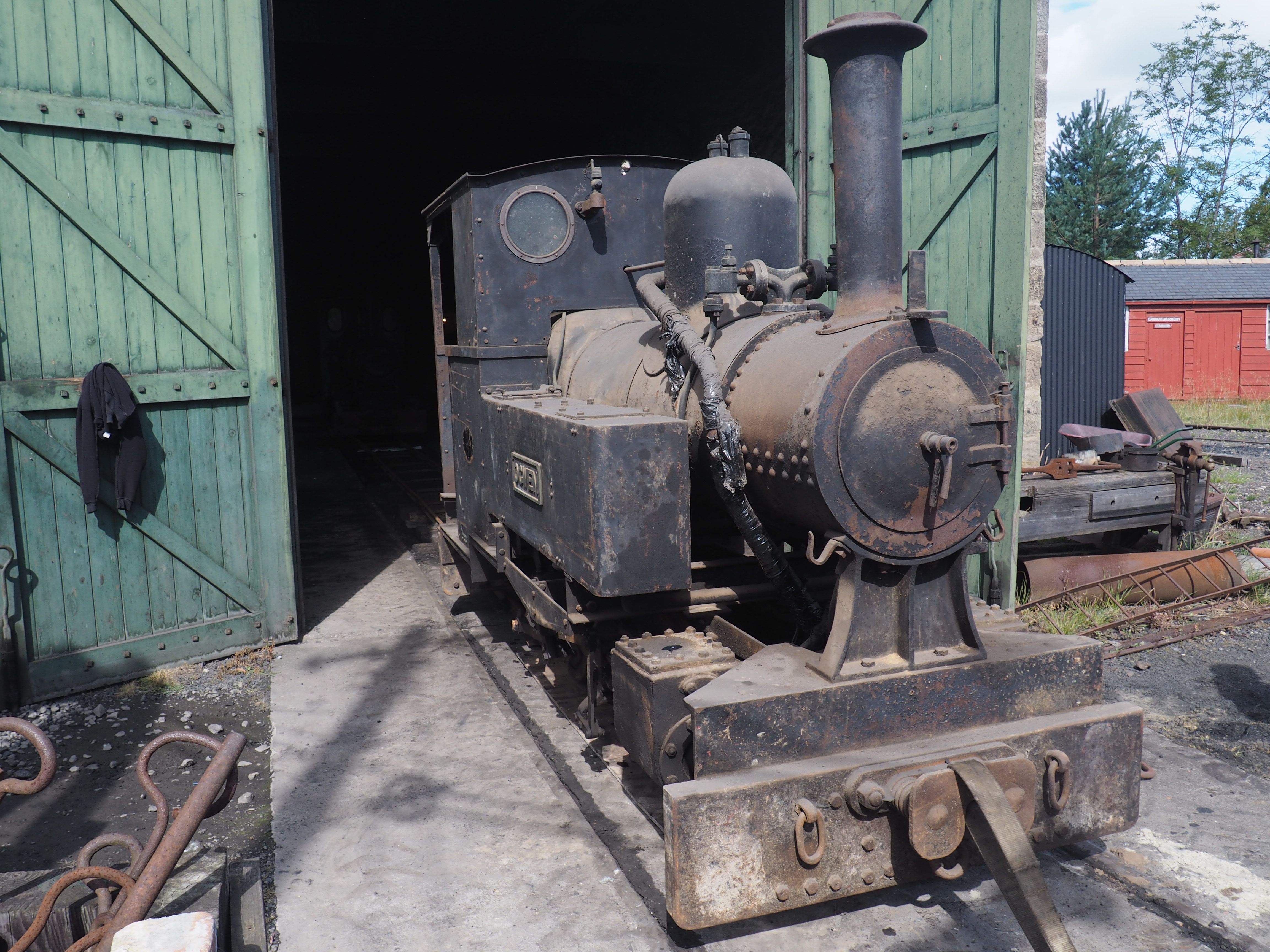 Below: Marchlyn visited Beamish in 2012, and the foot-operated mechanical brake (which also has a conventional screw type handle too) proved to be a very useful and popular feature – why don’t more locomotives have these?! 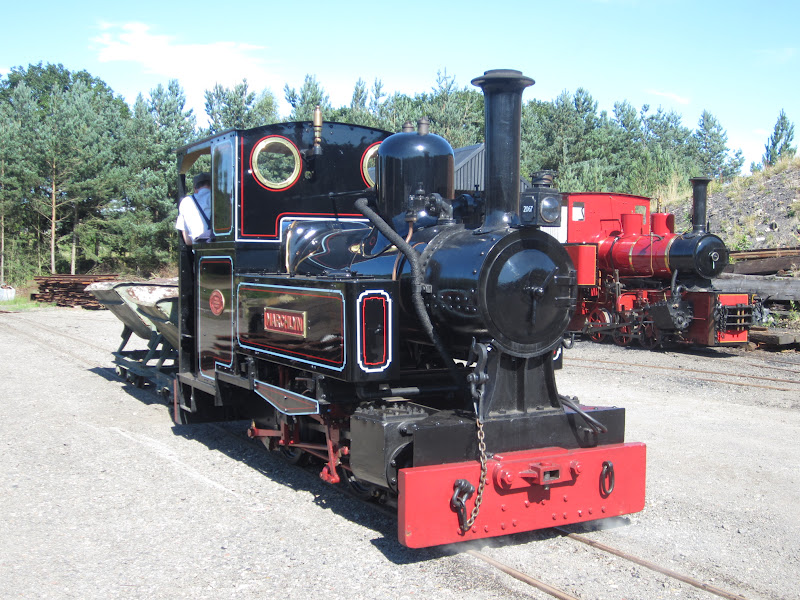 It is worth updating the list of ex DCWB locos and their current status:

With the restoration of Ogwen complete, the three repatriated Indiana locomotives have now all returned to steam… Glyder, Ogwen and Winifred.  Perhaps they will meet up again in the not too distant future…