Its been some time since we had a detailed look at two of our big railway projects – the restoration of Dunrobin and the construction of Samson.  Both are now seeing renewed activity and so a separate report seems appropriate to bring readers up to date on their progress…

Below: The mechanical work on 4085 Dunrobin has rather taken a backseat over the last year whilst the cylinder block casting and machining has very slowly progressed.  With the completion of the block looming and delivery from the contractor to the Severn Valley Railway workshops at Bridgnorth anticipated this summer, the SVR workshop volunteers have made a start on further mechanical dismantling, removing the bogie and stripping this of wheelsets. 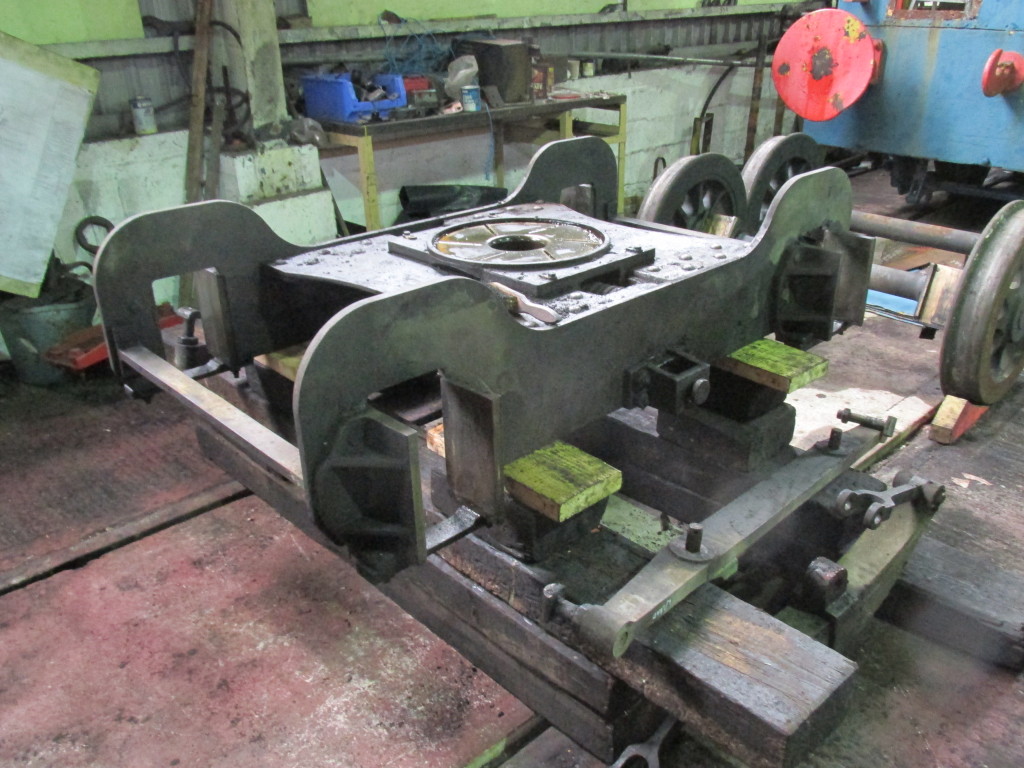 Below: The wheels and axleboxes removed from bogie. 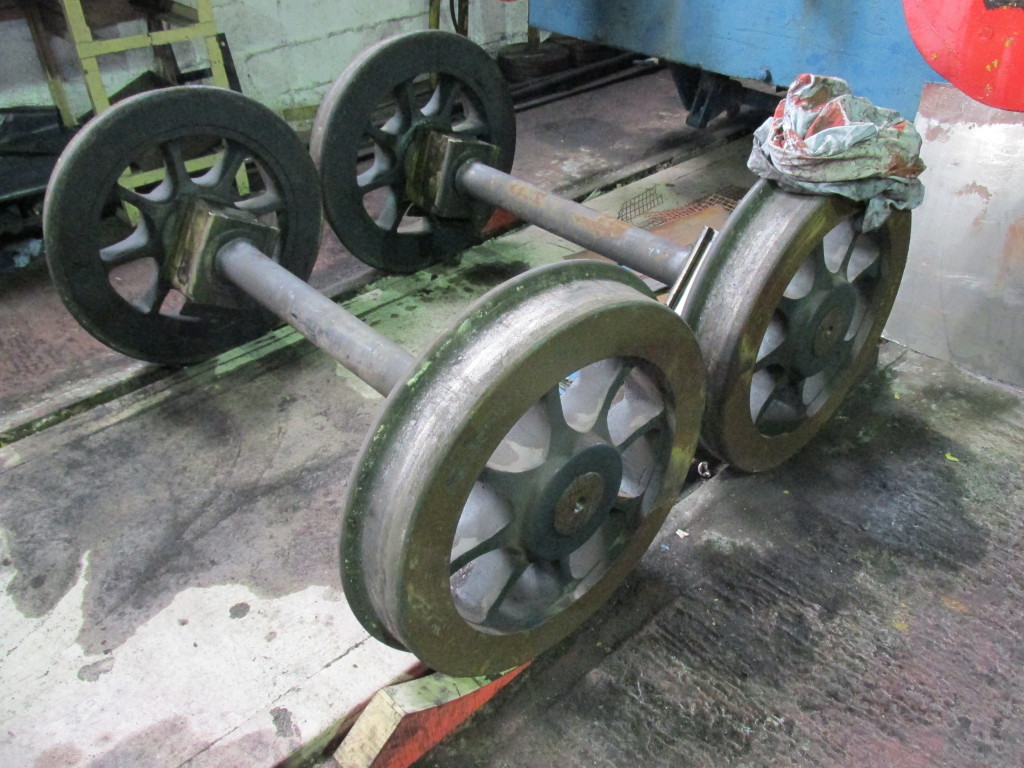 Below: The pedestal upon which the bogie bears seen in close up – note the crack on the rib, centre right of this view – this was known about and will now be explored for repair/replacement. 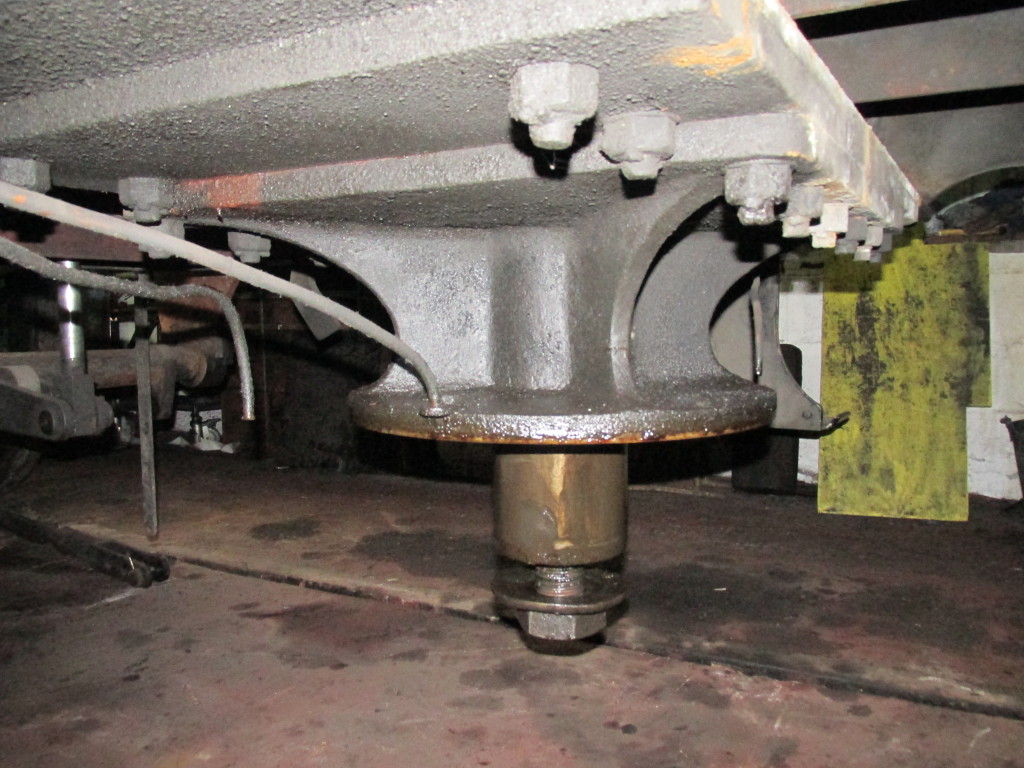 Below: The new cylinder block is being machined, but inclusions found in the bore (residual from the detritus of burned polystyrene from the pattern mean that this will now have to have a cylinder liner fitted.  Design work for this is in hand as we really cannot afford any further delays with this work as the length of time to have the block made has adversely affected the project timescale and there is considerable pressure at this end to see the loco in steam in the not so distant future… 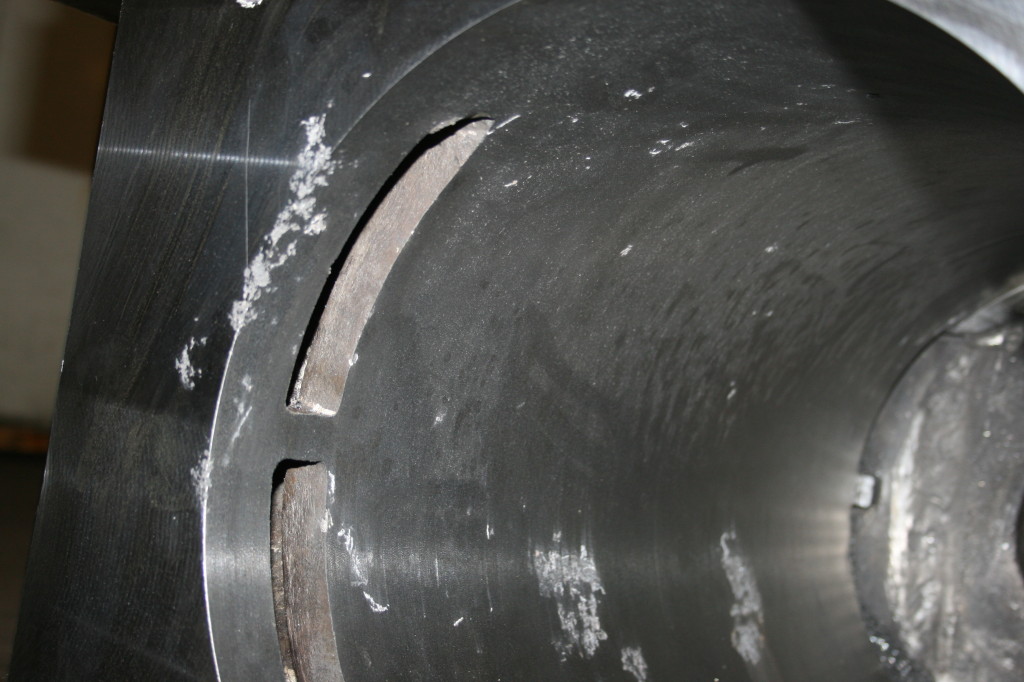 Below: Another project awoken from, in this case a very temporary, dormancy is Samson.  David had literally run out of things he could do without the frames or boiler components to hand.  However, with us collecting everything last week, all his Christmases came at once and a concerted effort over this week has seen most of the boiler prepared for riveting.  This included set up, drilling the backhead and angle plate, front tubeplate and respective parts to the boiler barrel (the holes are drilled with everything in situ to ensure that they align.  With Chris and Dave in full production, the work rate this last week has been impressive! These photos were taken by Chris Armstrong during one session in the machine shop. 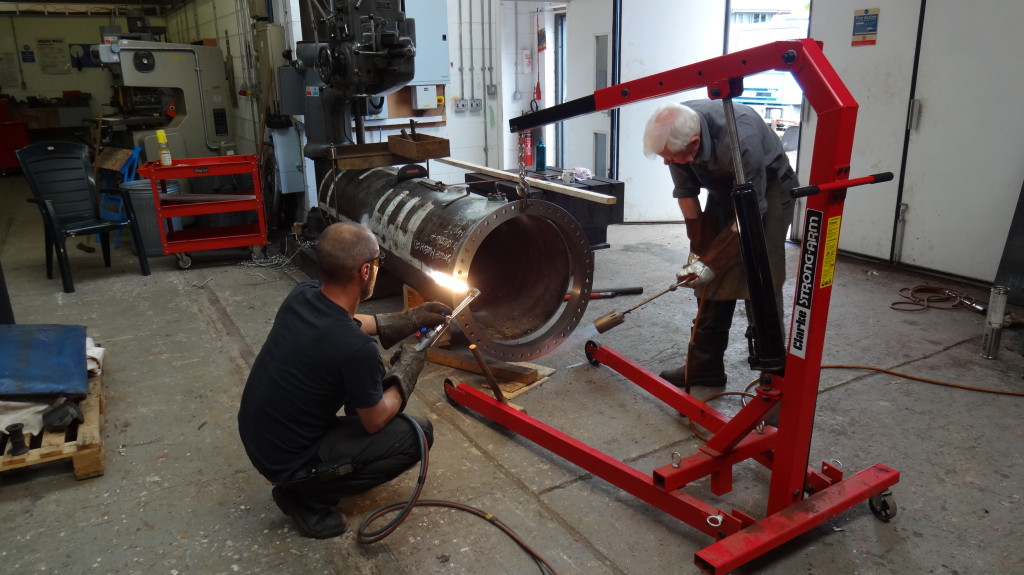 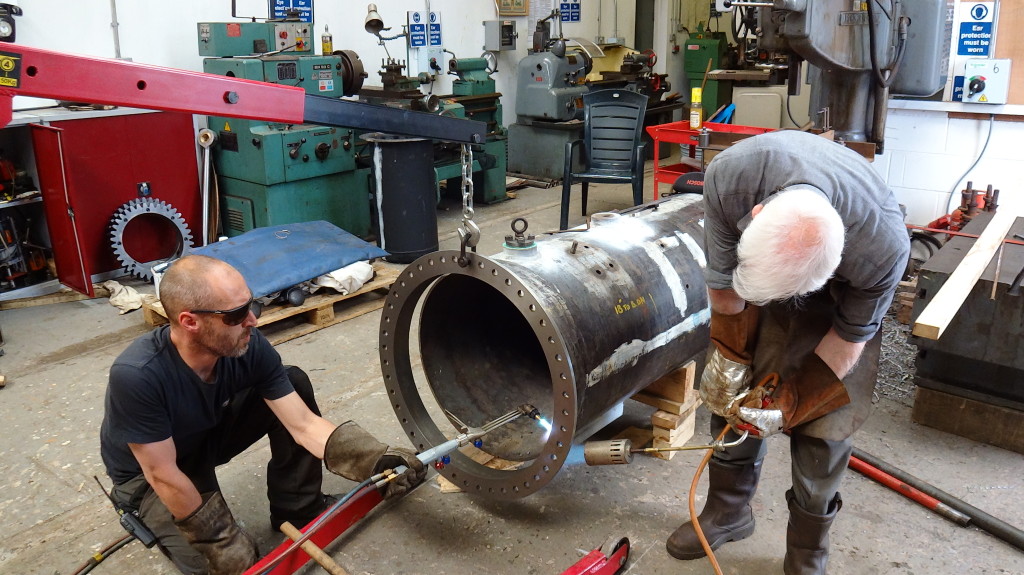 Below: Helping the ring over the barrel end. Note the plastic clad wooden cradle – this enables the boiler to be positioned and then rotated rivet by rivet for drilling without losing its relative position with the radial arm drill.  The wooden box clamped to the top of the boiler holds the drills and wedge for removing them from the chuck – a process repeated throughout each hole that is drilled as the centre drill, pilot and final holes are created. 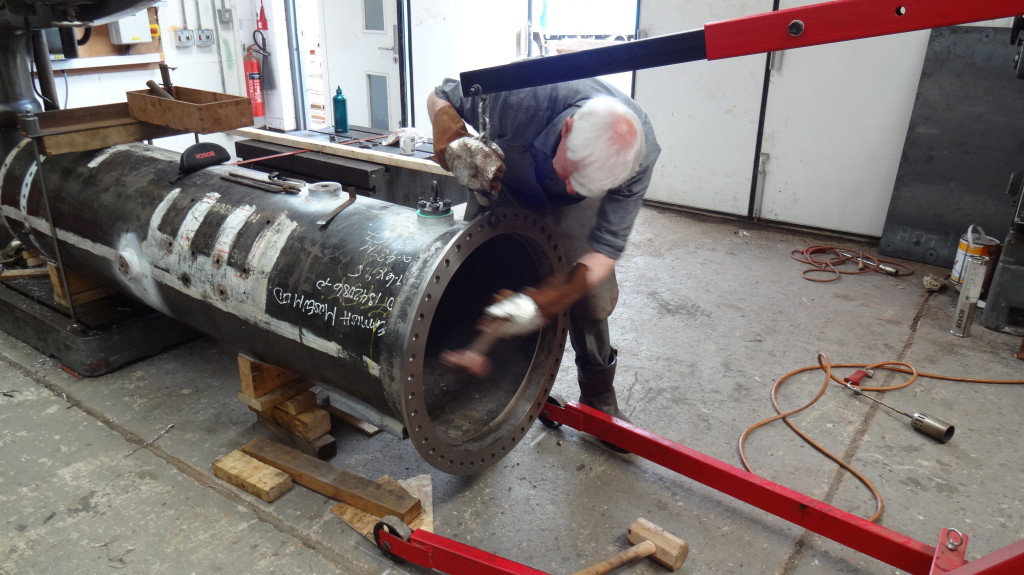 Below: In situ – the ring cooling to almost give a shrink fit. 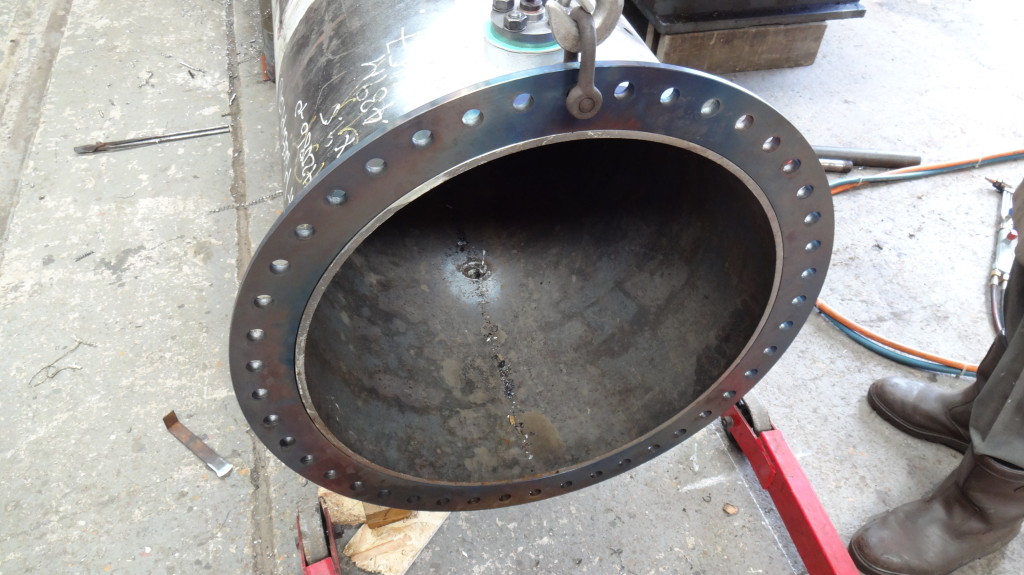 Below: A happy David! 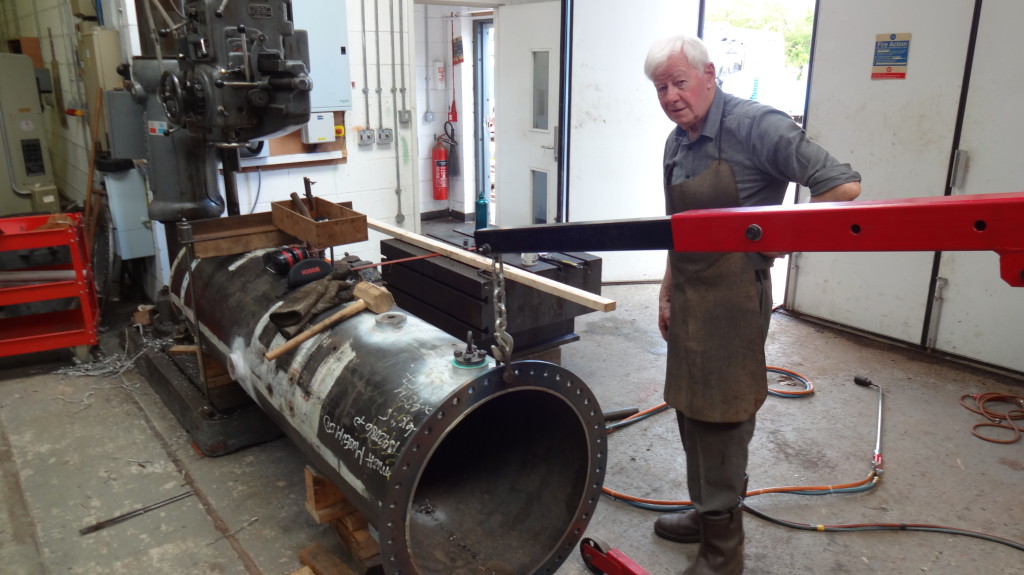 Below: With the ring in place Dave marked up the holes for drilling and here checks the alignment for the next of 40 holes. 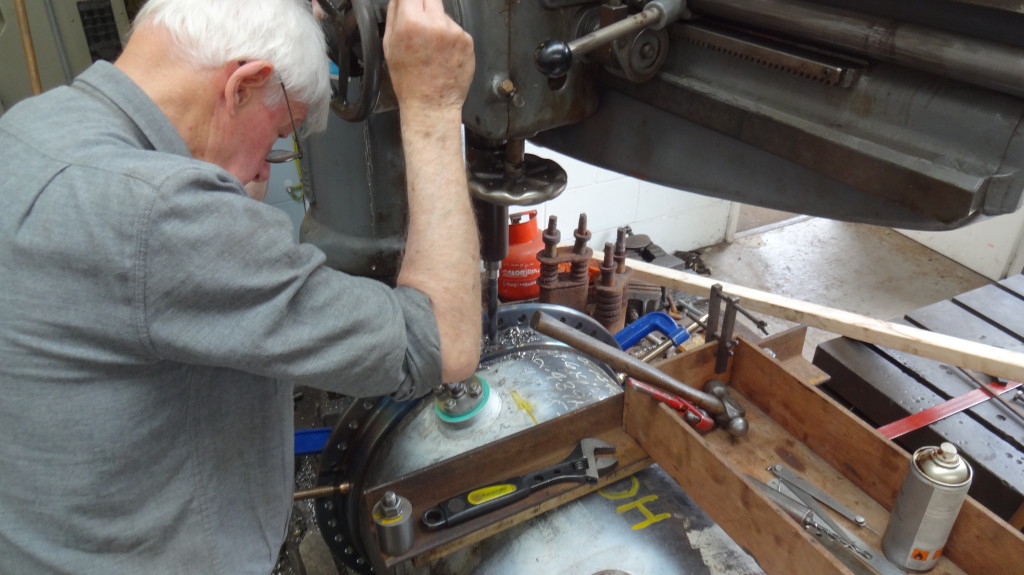 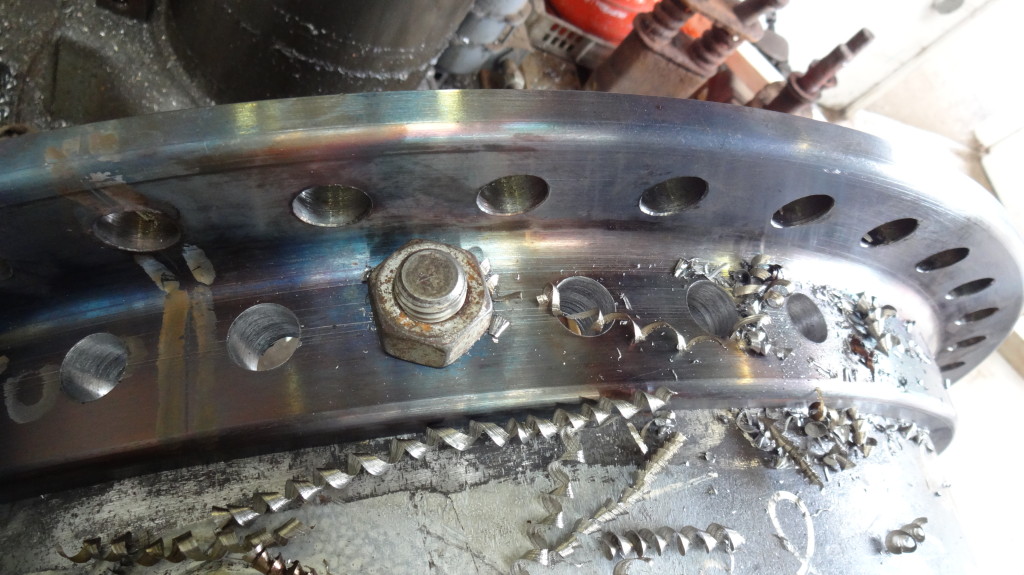 ← Days in the life No.1: RHEC Technician (Engineering)
The last surviving SHEW… →