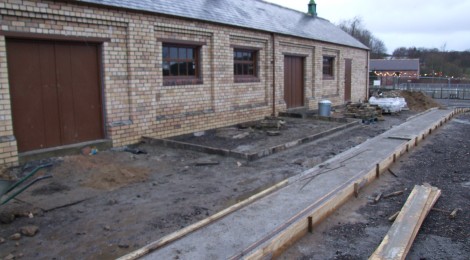 As reported in the last Pit Pony Stables update work is now progressing with tub track in the stable yard. Tracks such as these provided a useful training tool for new ponies; however, they also had a practical purpose.  Both underground and on the surface tubs were not only used to transport coal but also supplies. 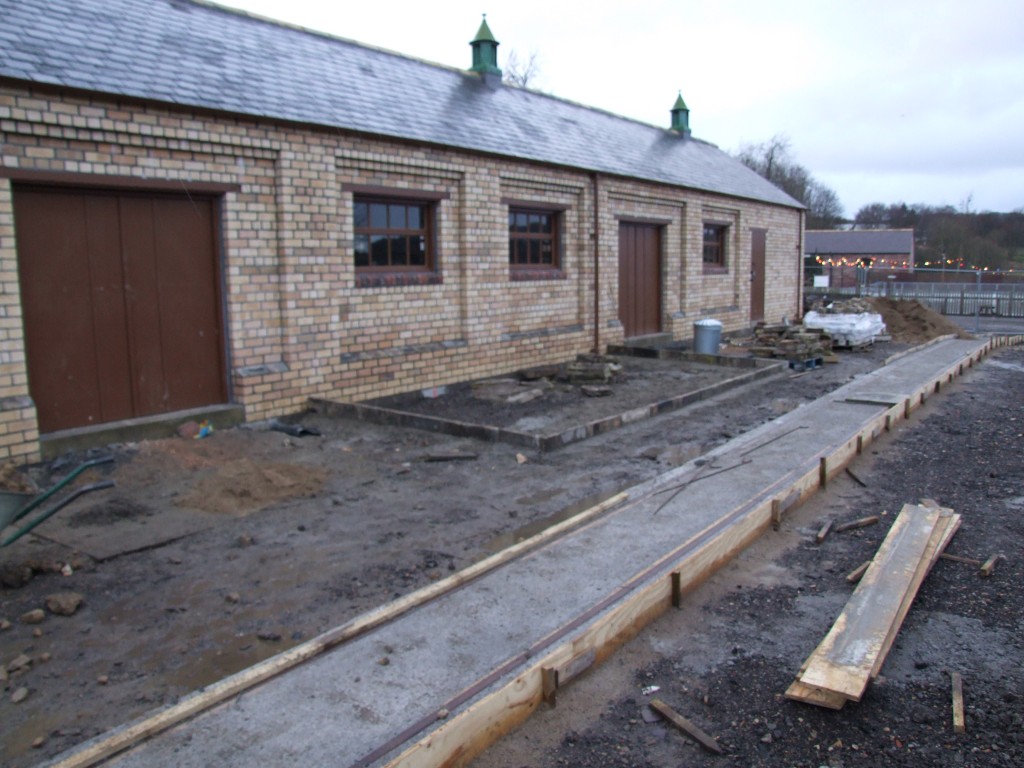 The tub track installed, work has now started to lay the cobbled surface of the Stable Yard

In a stable yard, such as the one we are creating, the track would be used to bring hey and feed into the stables and the muck out to the midden. This provided a useful and timesaving for of transport and got the ponies used to the work they would be doing underground.

Remnants of these narrow-gauge systems can sometimes be seen around old colliery sites; however, these tend to be nothing more than random sections of track or the occasional sleeper.

However, this week we have been lucky enough to see, what could be, one of the last such systems from a Durham Colliery still on its original site. The discovery was made by Chris, the museums Horse Operations Team Leader, on a farm in east Durham. 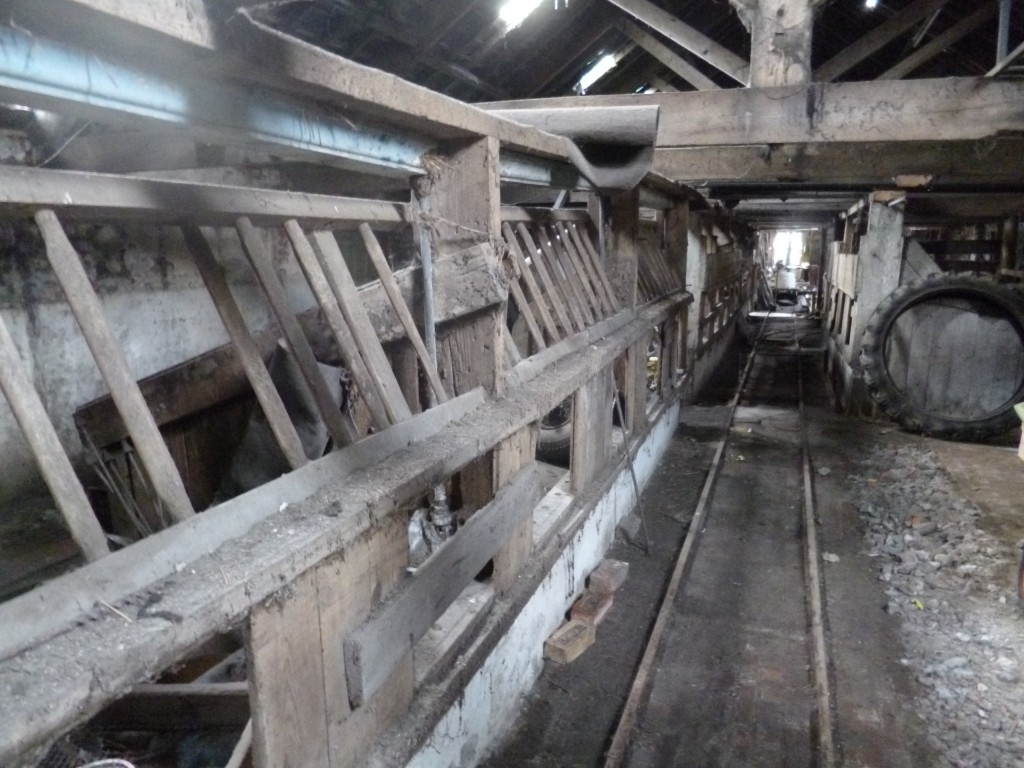 The track running past the cow pens, perfectly positioned to make for easy feeding of the cattle. Thanks To Paul Jarman for this and the following two shots.

The farm was built by the local colliery company to serve the mine. Not only did it provide the hay, straw and grain for the ponies but it was a viable working farm in is own right; growing crops and raising stock to be sold. However, Pit Ponies remained at the heart of the farms work, which is why it had a comprehensive narrow-gauge railway system. Barns, byres, stables and stores were all connected by track allowing easy transport of feed and supplies. A link to the colliery provided a means to supply feed and bedding to the ponies stable underground.

A large part of the system has now gone or is hidden within the foundations of modern farm buildings; however, a small internal section still survives.

The section of track we went to see is an astonishing remnant of a Victorian colliery farm. The track, with two turnouts, is housed in a former cow shed. The shed itself, complete with stalls and brick floor, also housed several pieces of well preserved rolling stock. Unfortunately a narrow gauge railway is of little use on a modern farm. So, before this last small section of the system was lost its owner was keen that it should be preserved and used once more for its original purpose. 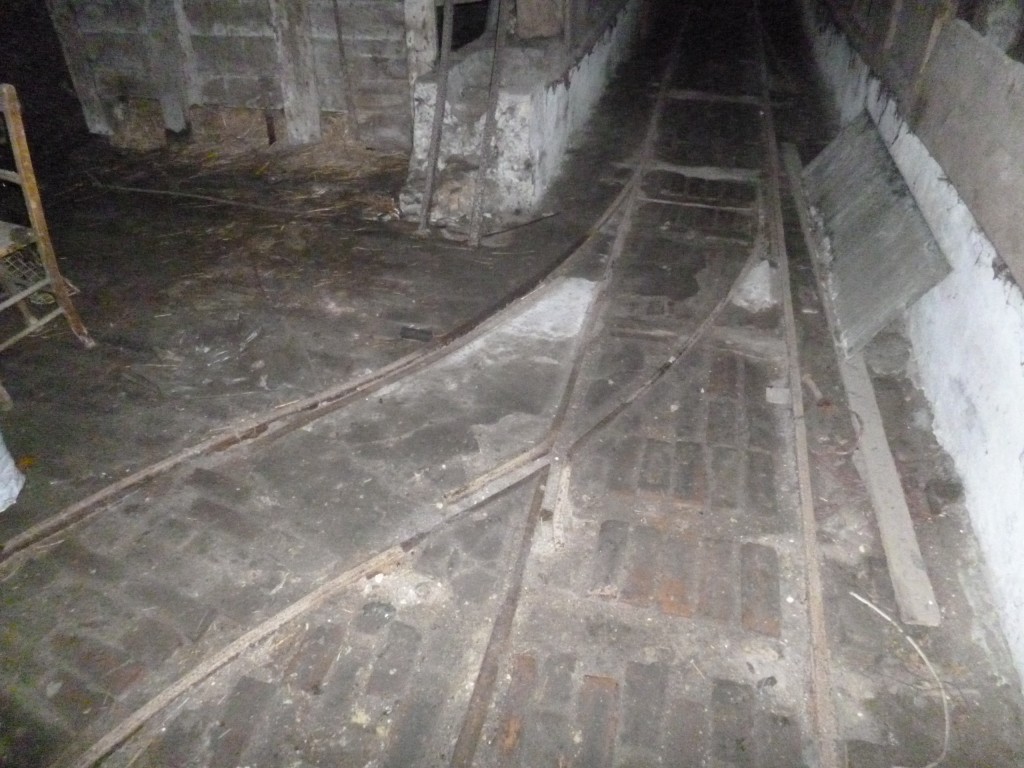 One of the two turnouts in the shed.

Over the coming months the track will be dismantled and brought to Beamish to form part of the ever growing Colliery narrow gauge system here at the museum. As regular readers will know we have installed a section of track in front of our new Pit Pony Stables to serve exactly the same purpose. This new track, and the turnouts, will provide some very useful additions along with providing a fascinating story of the use of such systems in County Durham. 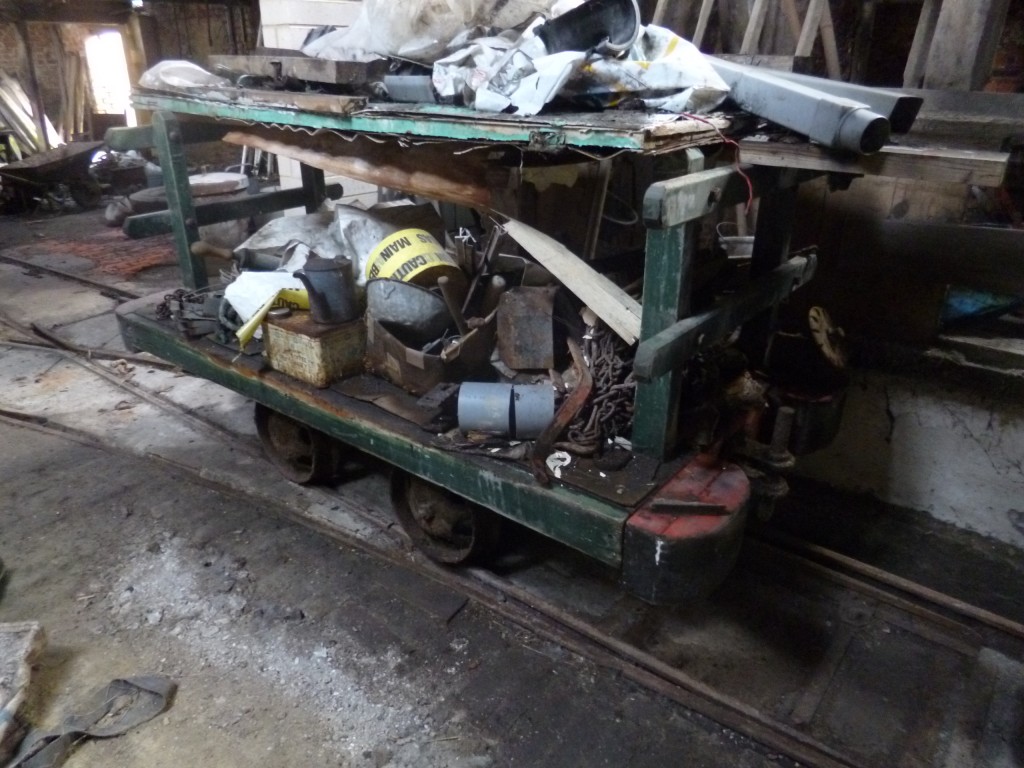 Flatbed tub, or rolley. Currently used for storage but still in remarkable condition.

The two flatbed tubs (or rolleys) will be very useful in moving hay and feed at our Pit Pony Stables. Hopefully they will appear on the stables track in the next few months.

Another interesting part of the system coming to Beamish is a set of throw-over point blades. These provided the means to create a set of points anywhere along the track. These two will provide a useful tool at our stables, for moving supplies and the inevitable piles of muck produced by six greedy Shetland ponies. 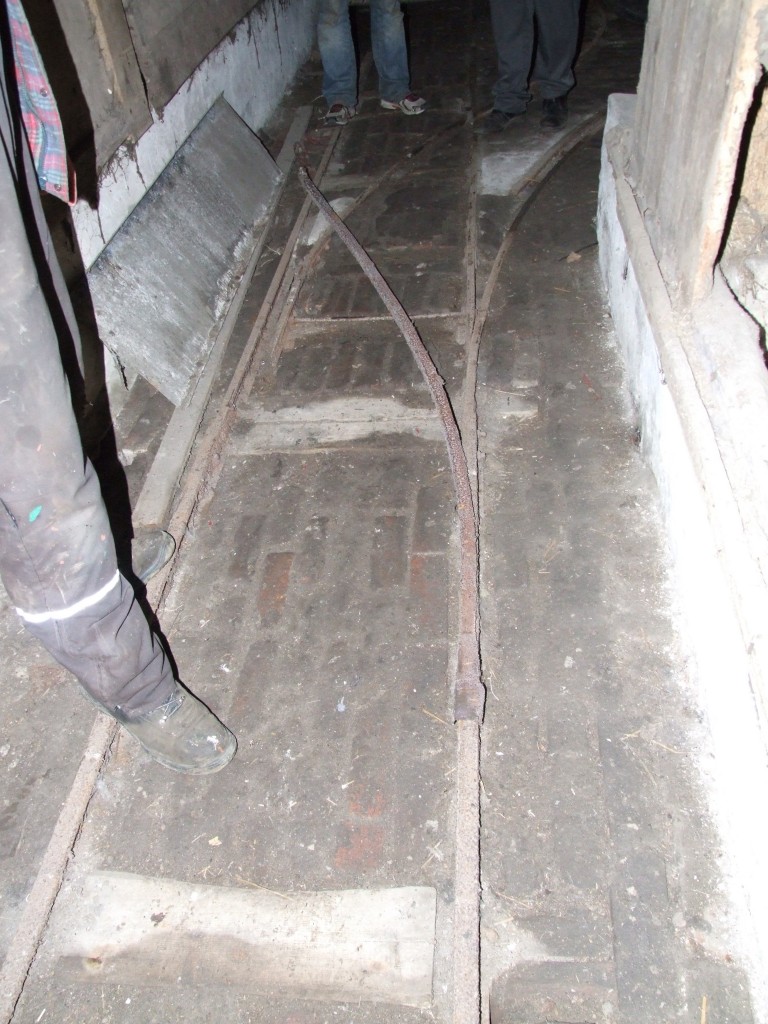 One of the two thorw-over point blades 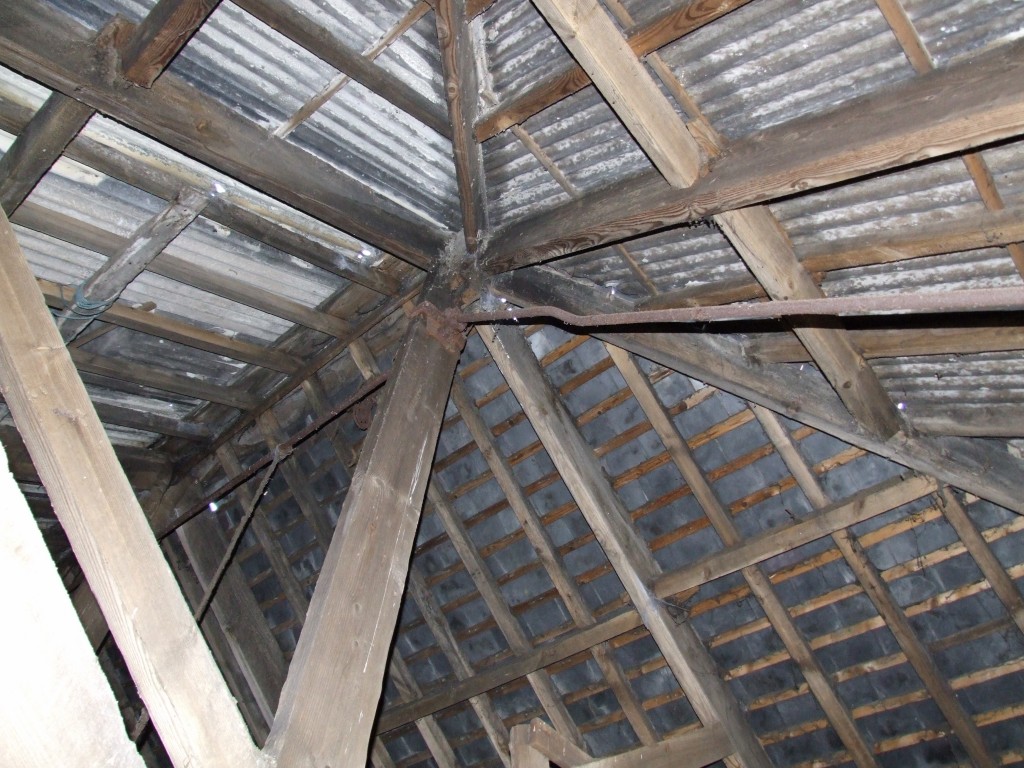 The roof structure of the shed

The roof structure of the cow shed at some point must have started to move. To overcome this the Colliery blacksmiths devised a system of rigging the ‘A’ frames together with large metal tie rods. The final rod, seen in the picture, then drops down and is anchored to a large block of masonry.

← Obituary for Tony Wickens…
This weekend – Blackpool Trams in action! →