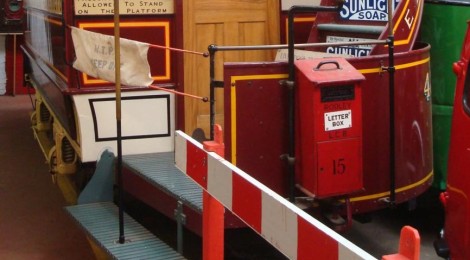 We recently received the donation of a tramcar letterbox, originating from Newcastle and once attached to a tramcar as a means of supplementing the postal system in urban areas and quite widespread in their day.

The initial contact was an intriguing one and read:

I was advised to contact yourself regarding a mailbox an elderly lady friend of mine who had family work for Royal Mail/post office.  She has a wonderful collection of postboxes!  There is one she would like to donate to the museum If it’s something you can use.

It is a mailbox which was last used on a tramcar in Gosforth.  It has spent its later years hidden away in her garage.  The research I have found they were hung on the tram during the day and collected when the postman did his rounds and taken back to the sorting office!  Guessing it will need a little work to bring it back to its best but hope it will be of interest.

These sorts of query are always wonderful to receive and this one led to a correspondence that saw the letterbox arrive at Beamish earlier in the week.  At present I have not had a chance to do any research on this subject, but wonder if any blog readers have done so?  The Royal Mail museum collection has an example and a few others are dotted around, including one mounted on Liverpool Horse Tram 43 which is on display at the Birkenhead Tramway depot.

Looking at the box it is clearly designed to hang over the dash panel, the door being obscured for security and the rubber stoppers protecting the paintwork.  I would imagine it did once have some lettering or a plate on it but nothing remains of this.

An initial thought is to restore it and then fit it to Newcastle 114 for events etc. The chain and clip would appear to be original and presumably these are what secure the box to the tram when in service. 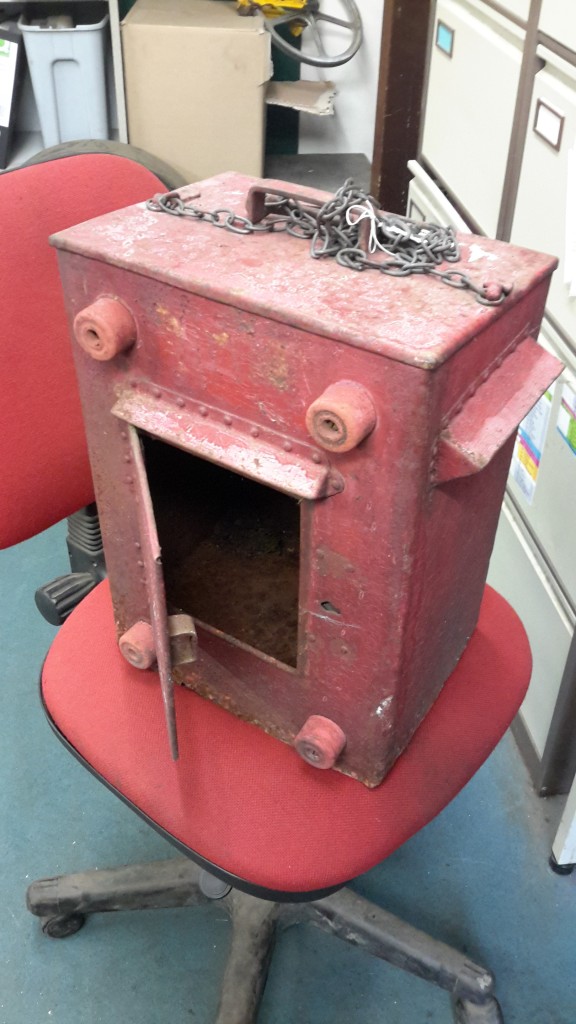 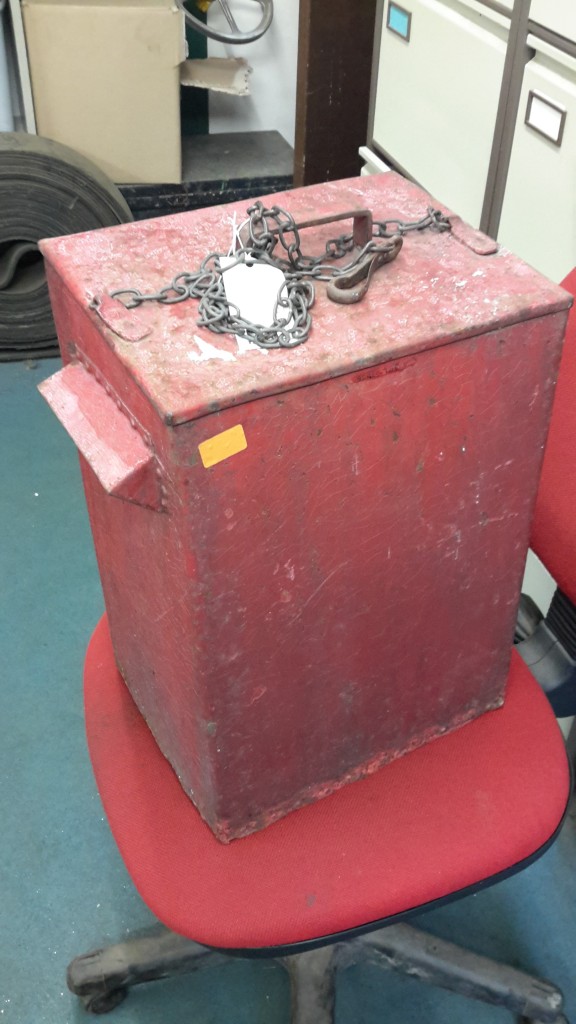 Below: Liverpool 43 carries a portable letterbox on its dash panel as seen below.  Though of a different design, the similarity is apparent.  Huddersfield trams carried boxes mounted on a special bracket, much like locomotive lamp bracket, but that deems to be a particular feature of that system.  I’d be interested to hear from anyone with more information on this subject… 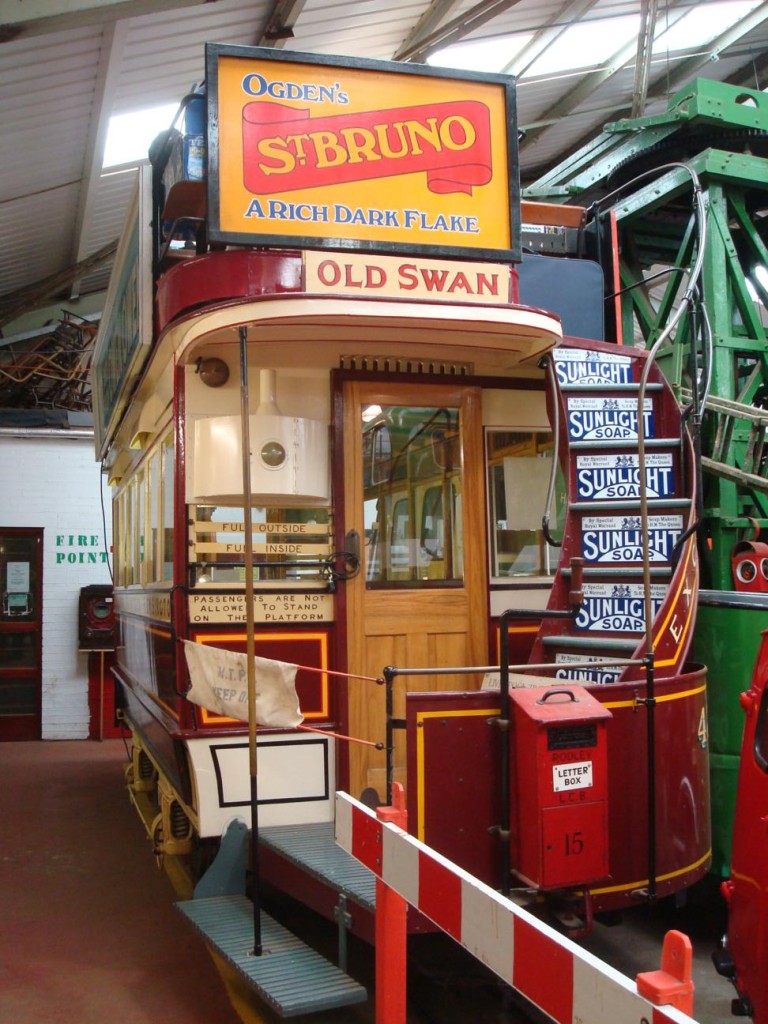 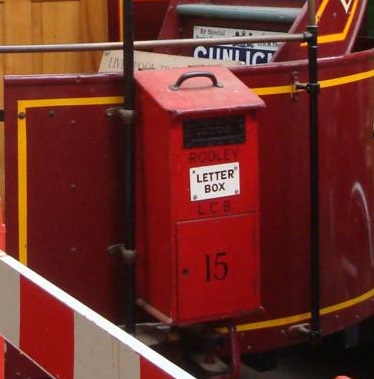