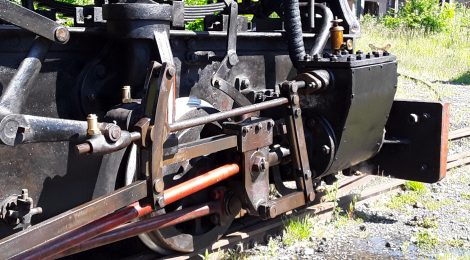 There has been plenty to report on the blog lately – and this week is no different!  Anyone able to visit this coming weekend can look forward to seeing a much-enhanced variety of steam in operation – including 813 and Glyder making their public debuts here.  There is a brief look ahead to the Old King Coal event further down this post.

Below: Gateshead 10’s re-tyred wheelsets have been moved into the workshop to be cleaned and painted.  The various lifetrays and guards, as well as dog-guards are also being prepared for painting, in order to progress the project whilst there is an opportunity.  The machinist-fitter is currently assisting in covering the gap created when the steam technician left, so work on the bogie frames (to follow the centre engine) is waiting on workshop time. 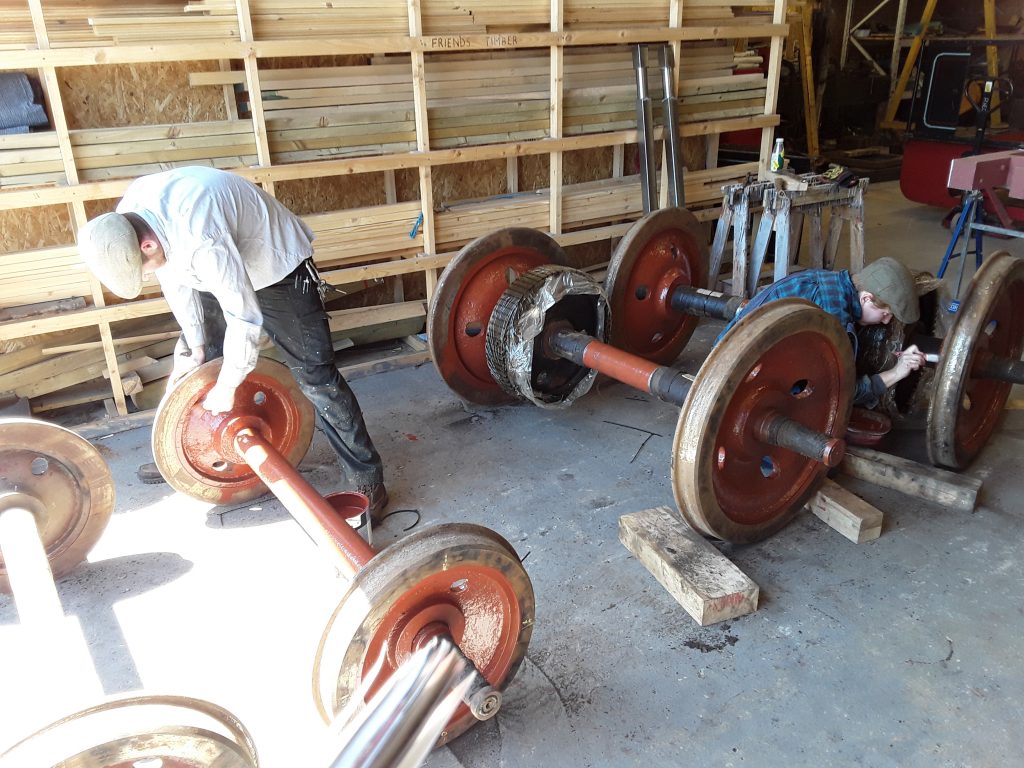 Below: Rebecca is progressing the paintwork on the Wellington coach – which has a potential event to attend to represent Beamish in August…  The roof is also progressing, with the brass supporting standards now completed.  There are even cushions for this very well appointed (but draughty!) coach… 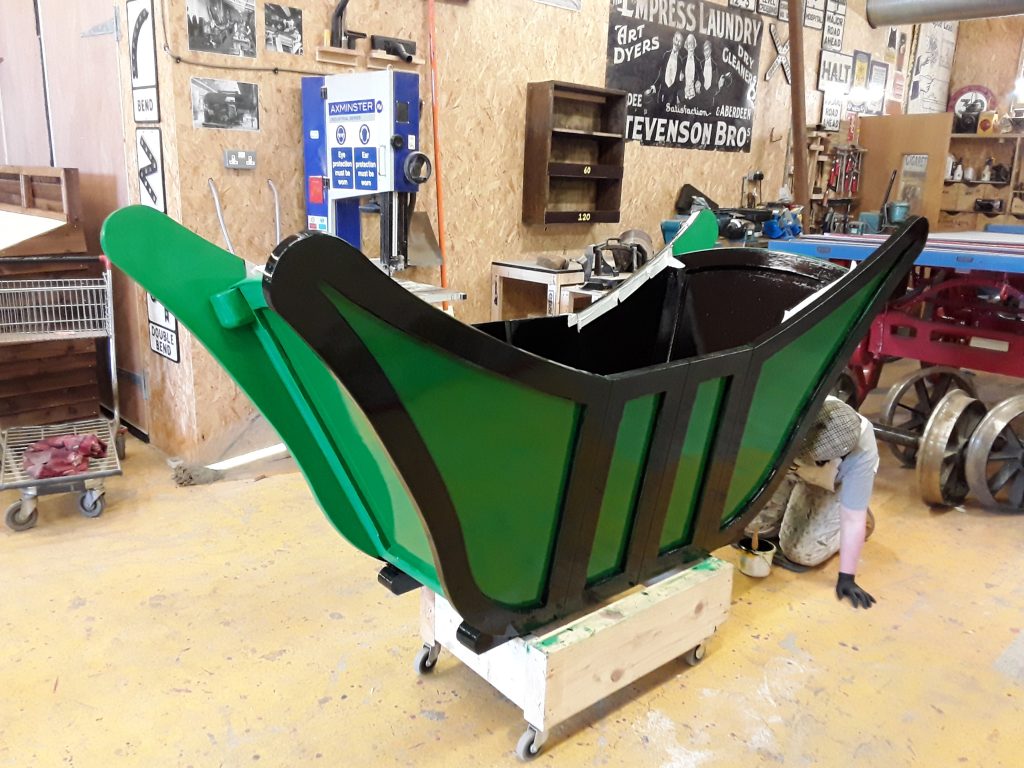 Below: The inverted roof for the Wellington coach.  The Pew coach is waiting on couplings, thus completing our new-build narrow gauge programme (for now…!!!).  The BINGE group of volunteers will continue with the restoration of rolling stock however, as there are still three Ffestiniog Railway granite waggons to complete. 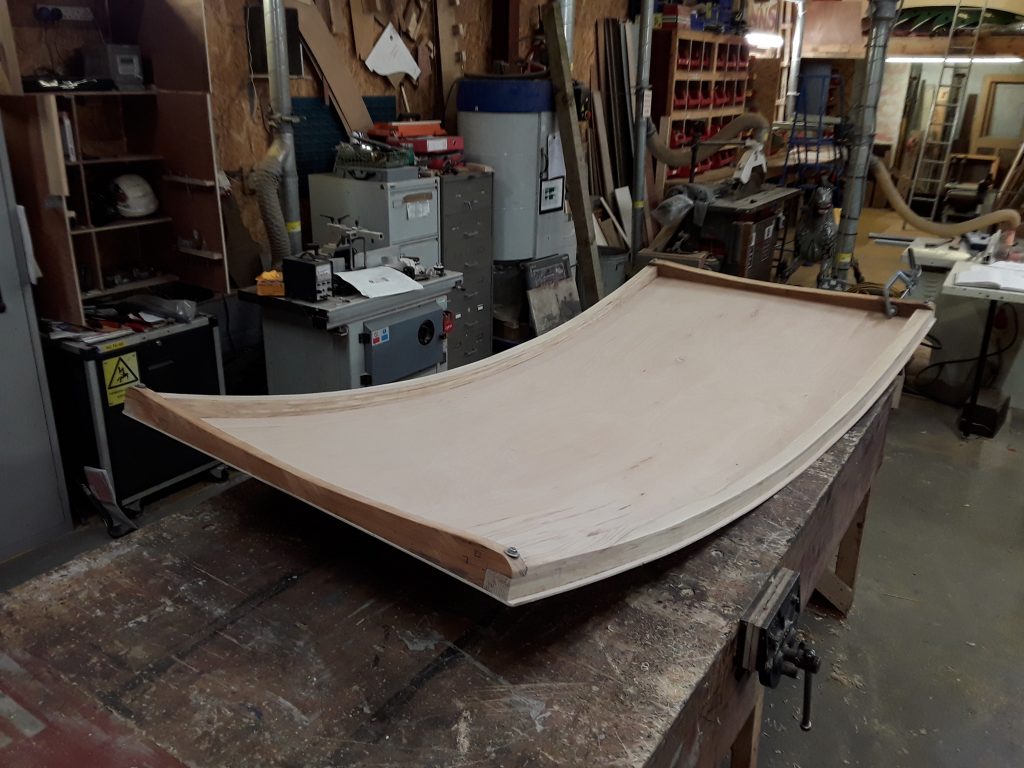 Below: The brickwork continues, whilst the gable ends are being clad.  The impressive colouring of the depot is now clearly visible – based on the Northern General Transport Company crimson used on the buses.  There still remains much to do, but the programme is felt to be realistic and we should have the depot for fit-out in the late summer… 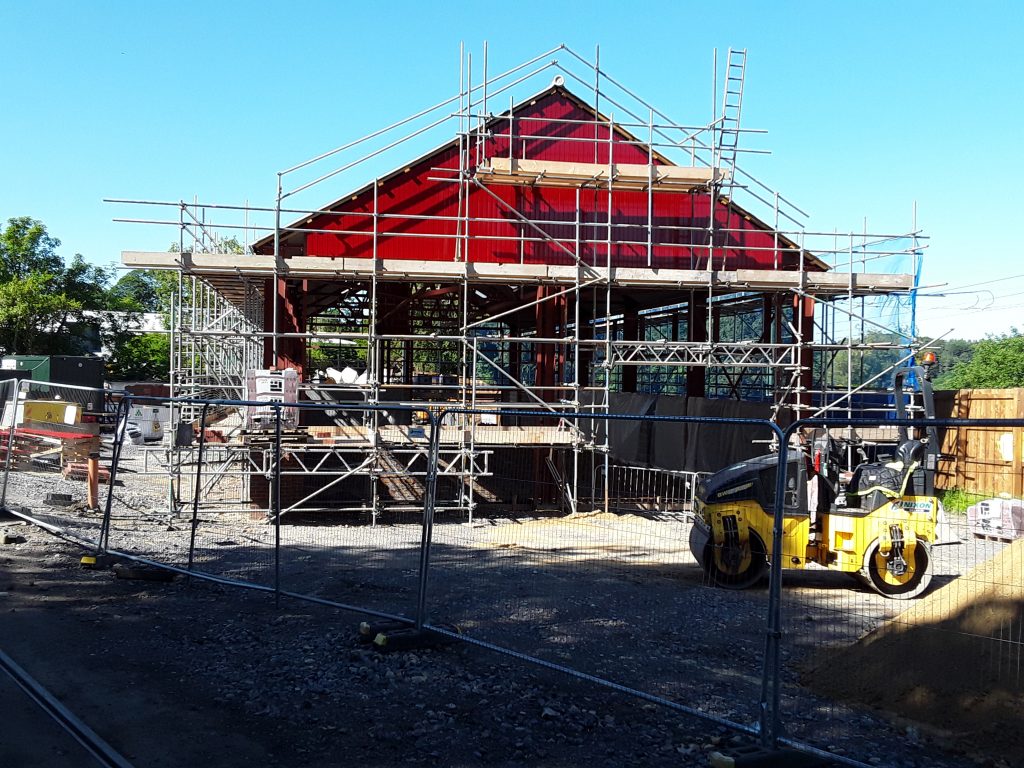 Below: Work has recommenced on this project, which has become somewhat protracted to say the least!  However, design work is underway for the rear entrance, which will now include a powered lift identical to that used on our existing accessible bus (and which has proven to be successful and generally very reliable in use).  The height at the back of 716 was always a challenge, so a destination-box style projection will be incorporated into the rear dome of the bus to accommodate a pair of doors which will retain the style of the single door originally fitted, for most of their height.  Once the work to complete the rear of the body, and the roof, is complete, it will enable the project to move forwards at greater speed, including wiring, glazing and a start on the paintwork.  Much detail work has already been carried out and awaits fitting, so we are hopeful that this progress marks the start of the final phases of this ambitious project… 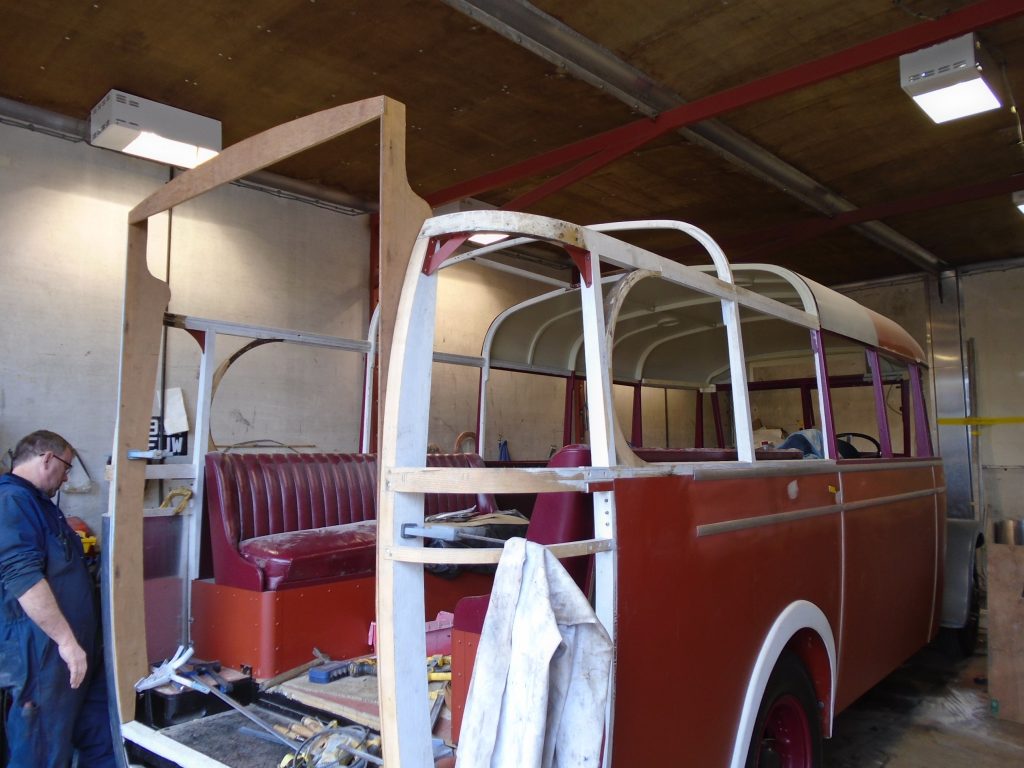 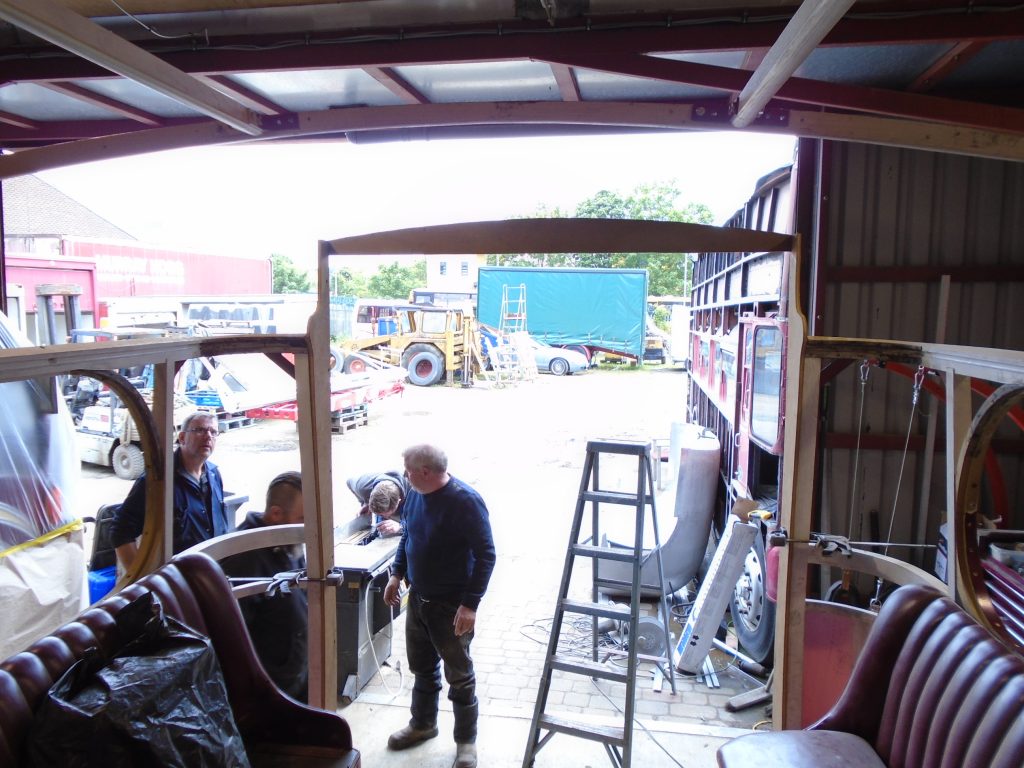 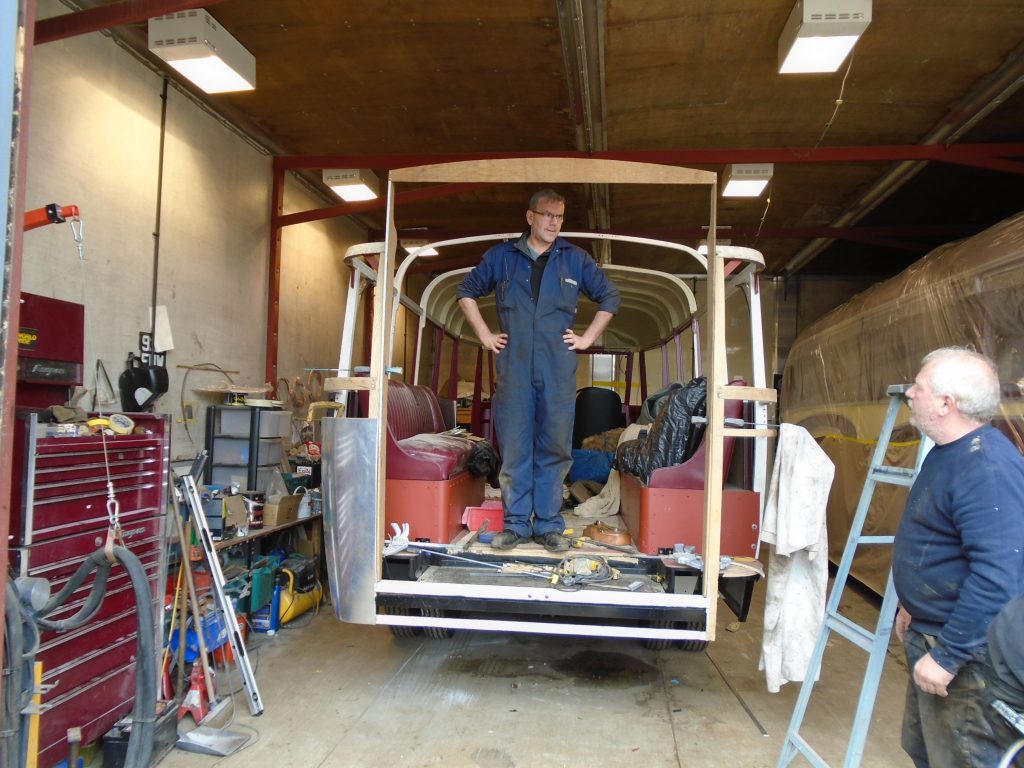 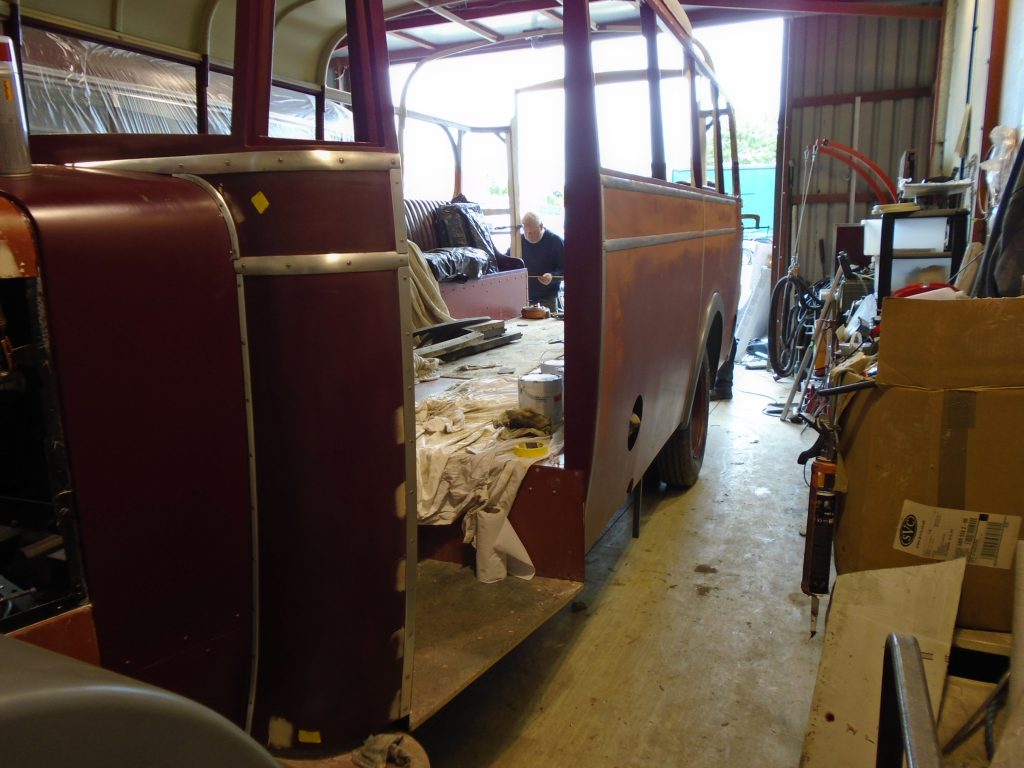 I mentioned a film of Glyder in a previous post…  Here it is, courtesy of David Watchman and the Beamish media team

Below: My rather more amateur attempt at gathering some film – including the very first movement of Glyder under steam…

A reminder –  we are currently holding our Pit Village based event, Old King Coal, which will be enhanced at the weekend with a variety of steam performance on site.  We will have steam-powered stone (brick!) crushing in the new working ‘arena’ in the Colliery, with the narrow and standard gauge railways operating Coffee Pot No.1, No.18, Glyder and Samson.  The Waggonway will be operating and at Rowley, 813 (which operated at Backworth Colliery in Northumberland for part of its life) will make its debut in Beamish service.

Glyder has been in steam today to shunt in preparation for the weekend event – these views also show the completed stone-crushing area.  Just the water tower and a suitable coaling area remain to be completed, which will progress when time allows.  A huge amount of crushed tarmac has been spread and rolled into this area to create a hardstanding for displays – today’s hot weather being very helpful in settling it down and binding the tar within this material. 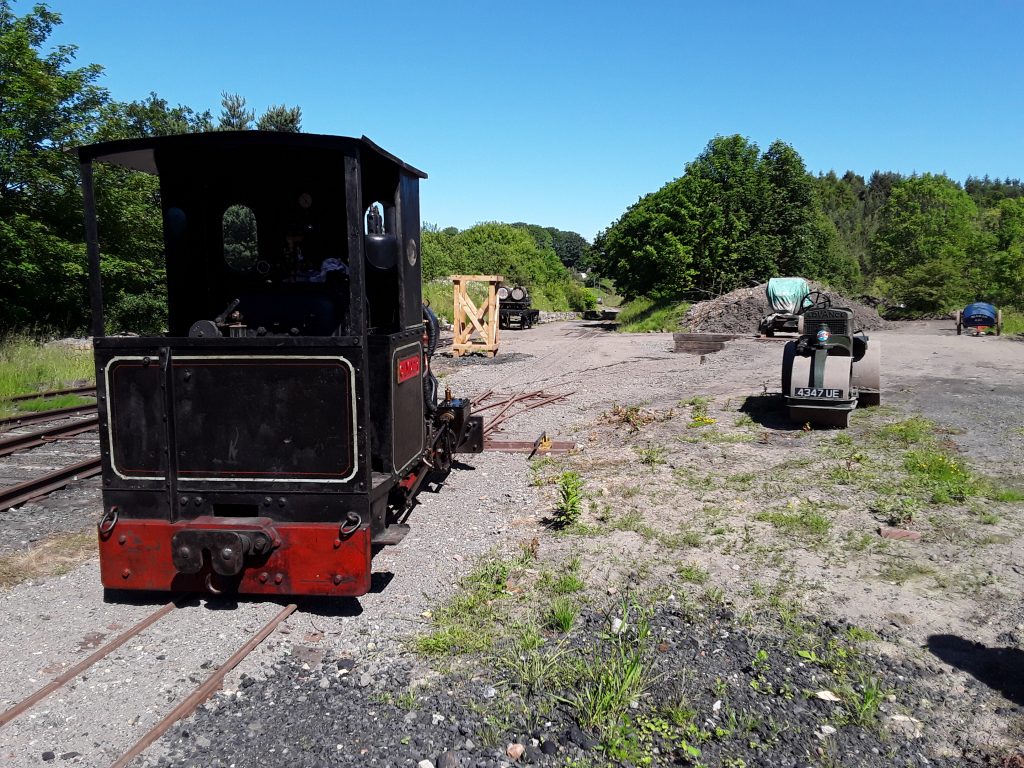 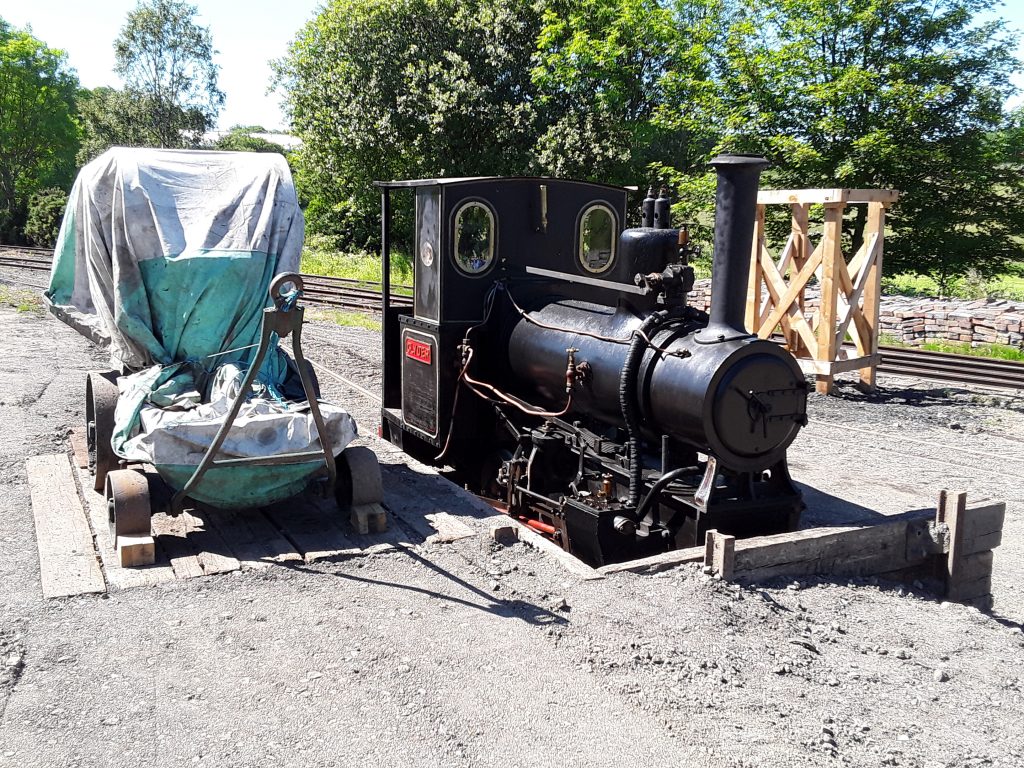 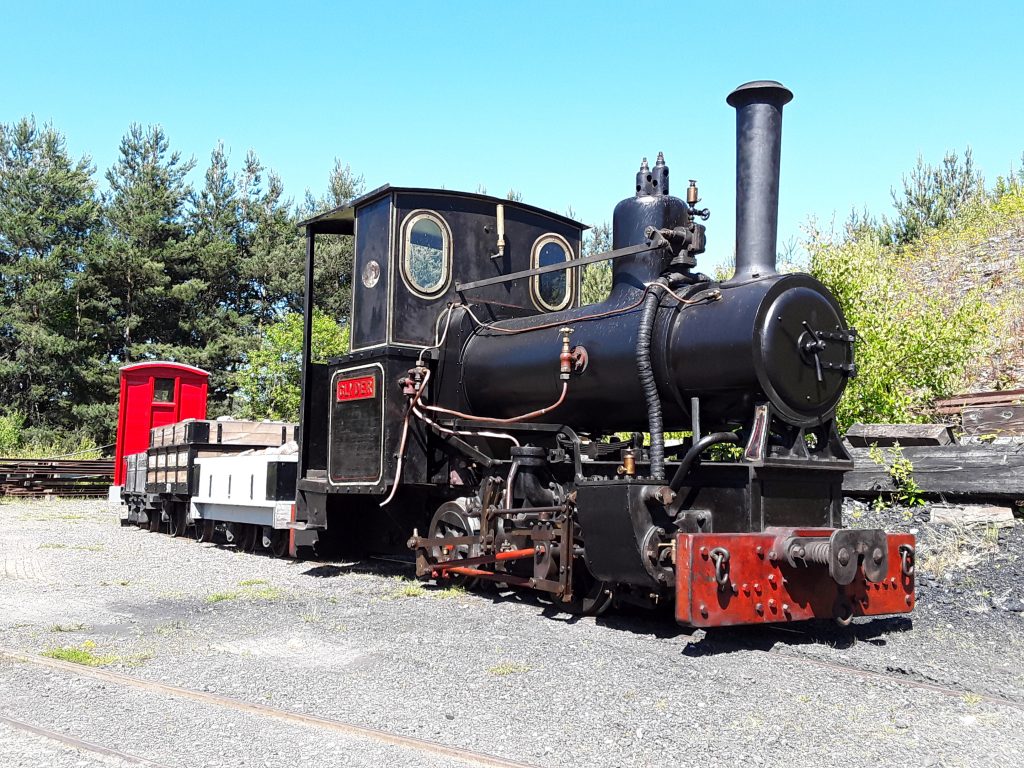