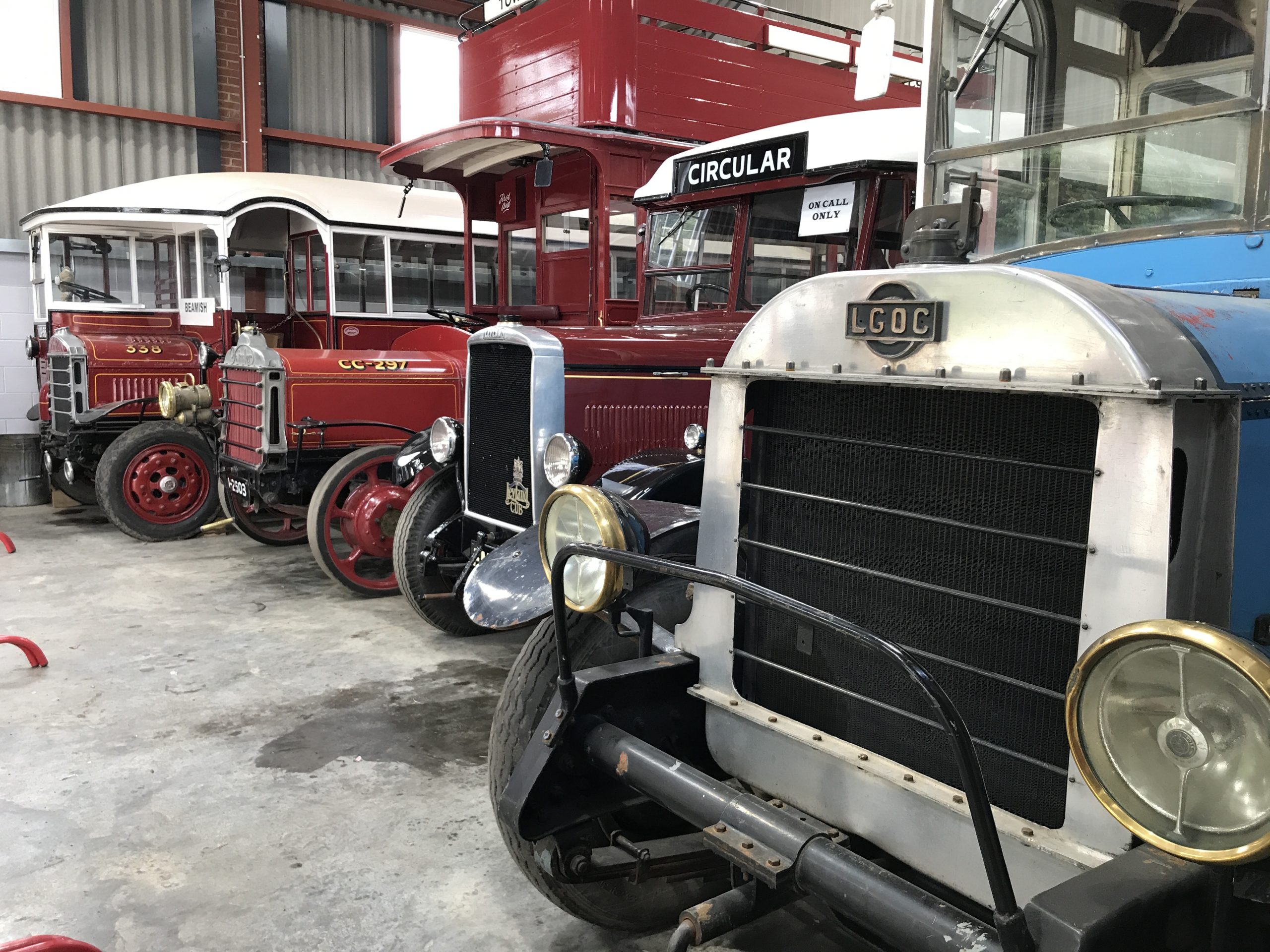 This week’s post reflects the ongoing efforts to ready the tramway for operation, as well as a few other operations odds and ends that I thought might be of interest.

Below: Driver refreshers continue on the tramway.  Oporto 196 is usually in use, but Blackpool 31 has also been used too.  Here it is seen at Town East (opposite the current bus terminus for the circular service).  The point bias here has been altered, so that the trams run onto the outer track.  This is so that disembarking passengers do so onto a better surface, free of the curb that would otherwise present a trip hazard.  We are looking at our overall COVID-19 mitigations with a view to reinstating tramway services through the High Street as soon as possible – hopefully this autumn.  The present Sun Inn and Sweet Shop queue arrangements preclude this at present. 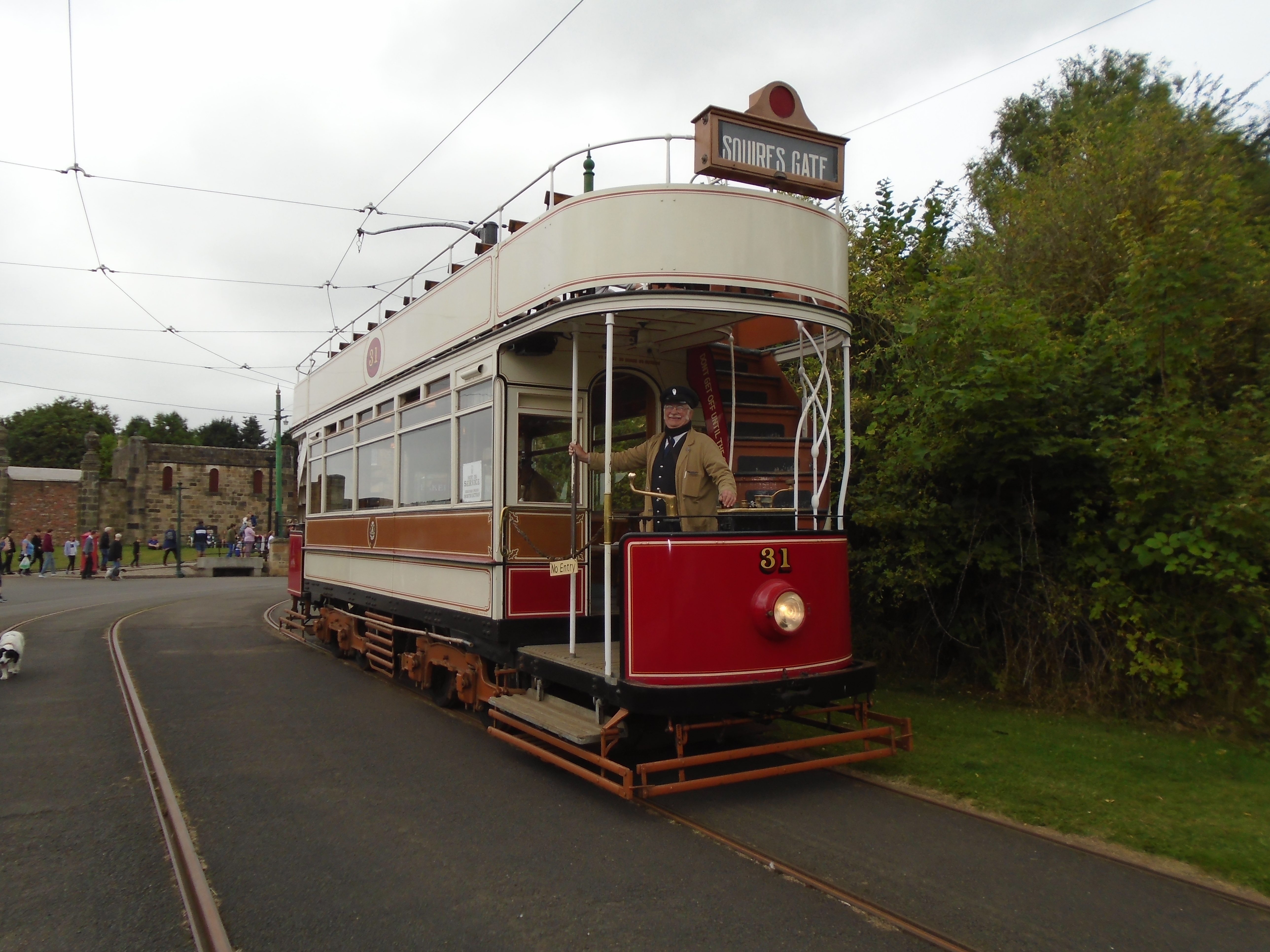 Below: Just to prove it was there – 31 at Pockerley. 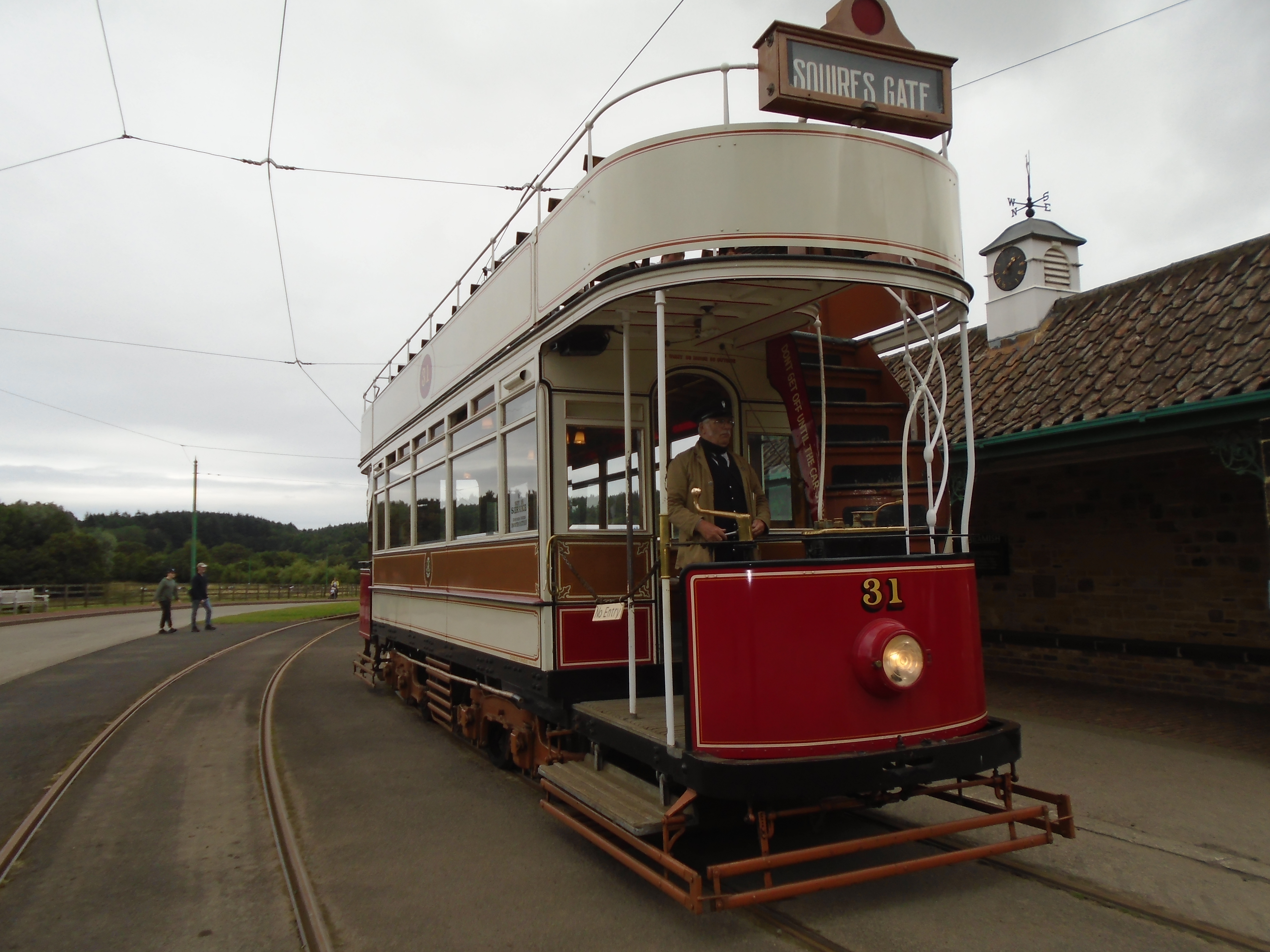 Below: The Friends of Beamish workshop volunteers have now returned.  An immediate benefit of this was some repairs being undertaken on the Crewe Tractor earlier this week, which was then in use on Wednesday (to save me a lot of walking!).  Here it is, earning its keep once again… 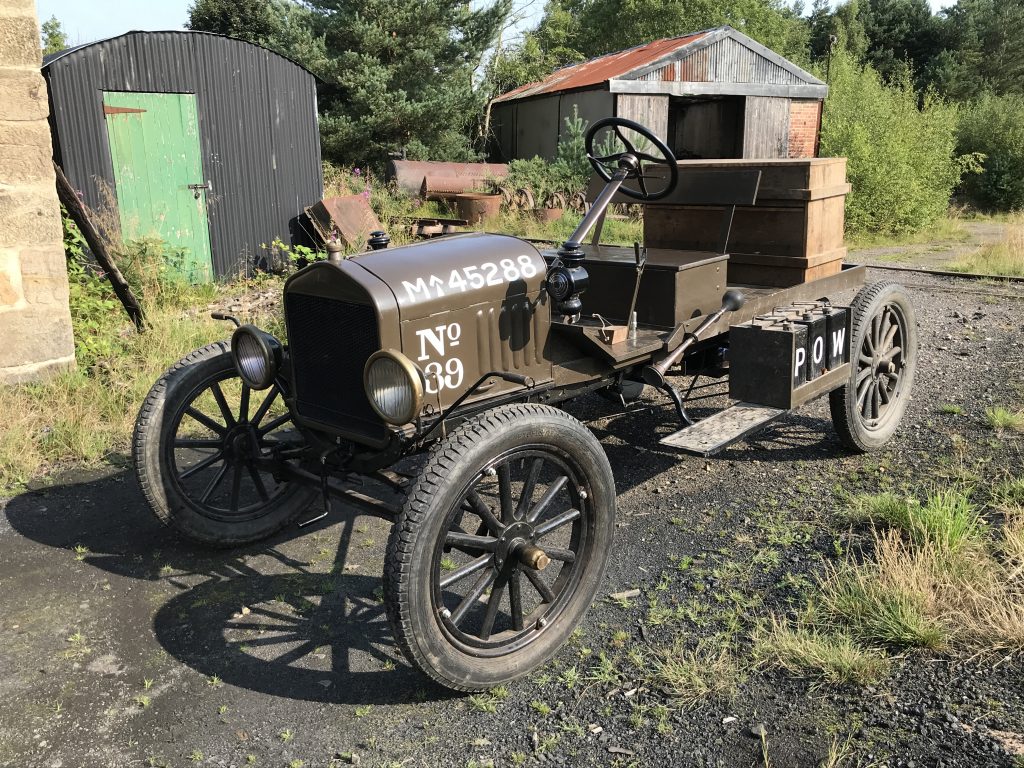 Below: Wednesday also saw No.18 in steam, as part of a private booking, where it worked its usual pattern of chaldron waggon shuttles around the Colliery railway. 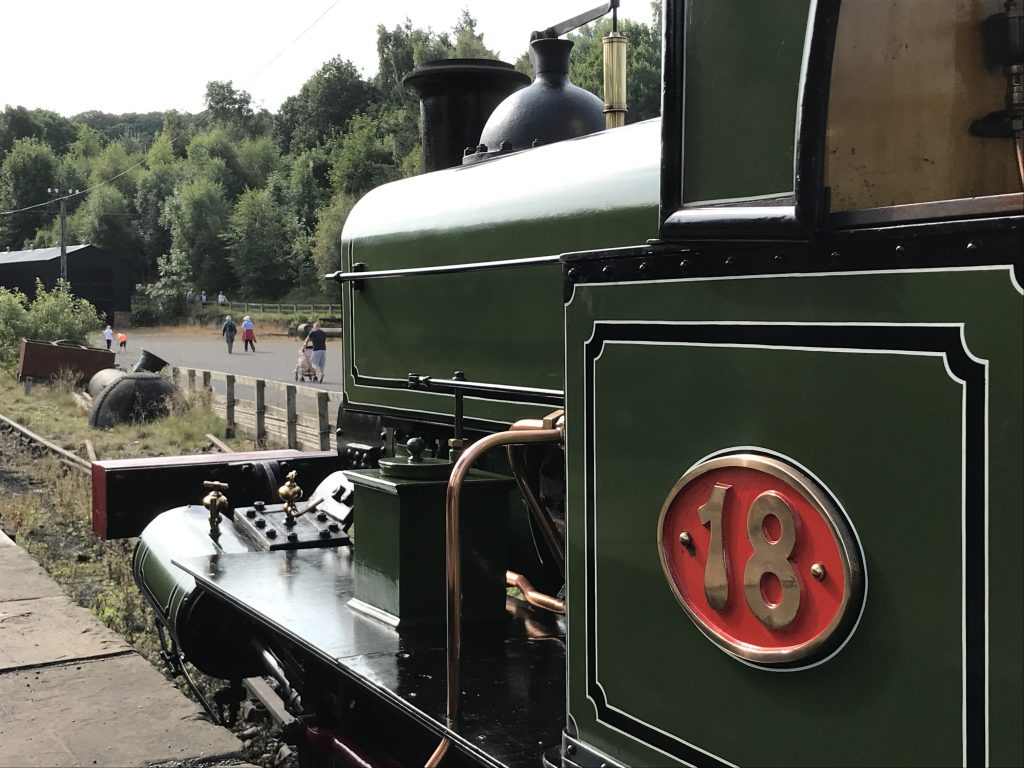 Below: Another view of No.18, this time in the exchange sidings behind Francis Street. 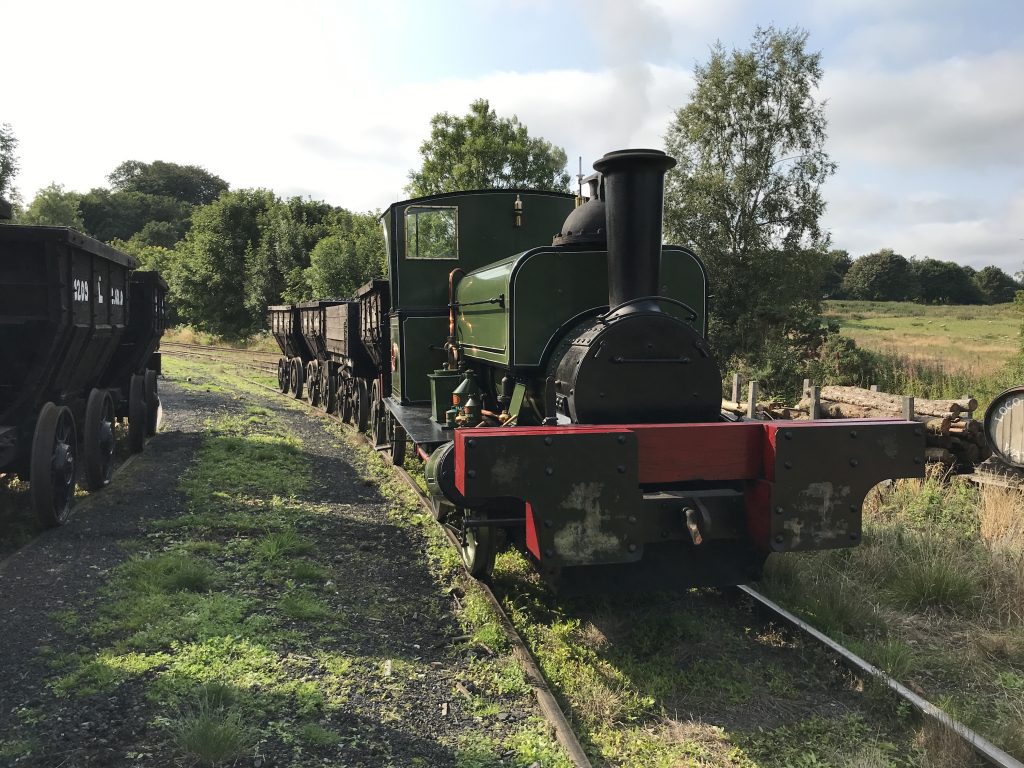 Below: During Friday afternoon I took this photo to show the rather nice fleet of buses available to us now.  The Daimler D-Type would shortly depart for afternoon ‘sweeping up’ runs around the museum, whilst 716 was resting, as a suitably trained driver was not available for the rota.  As further drivers are trained and passed-out for driving it, then it’s down-time will become shorter and shorter, whilst J2007’s use reduces.  716 is due to be in service this weekend.  The SOS also appears here.  Just out of shot to the right is the B-Type, which has now had its mechanical work (to the clutch and gearbox) completed and tested, but has not entered service yet, whilst the top deck repaint is completed. 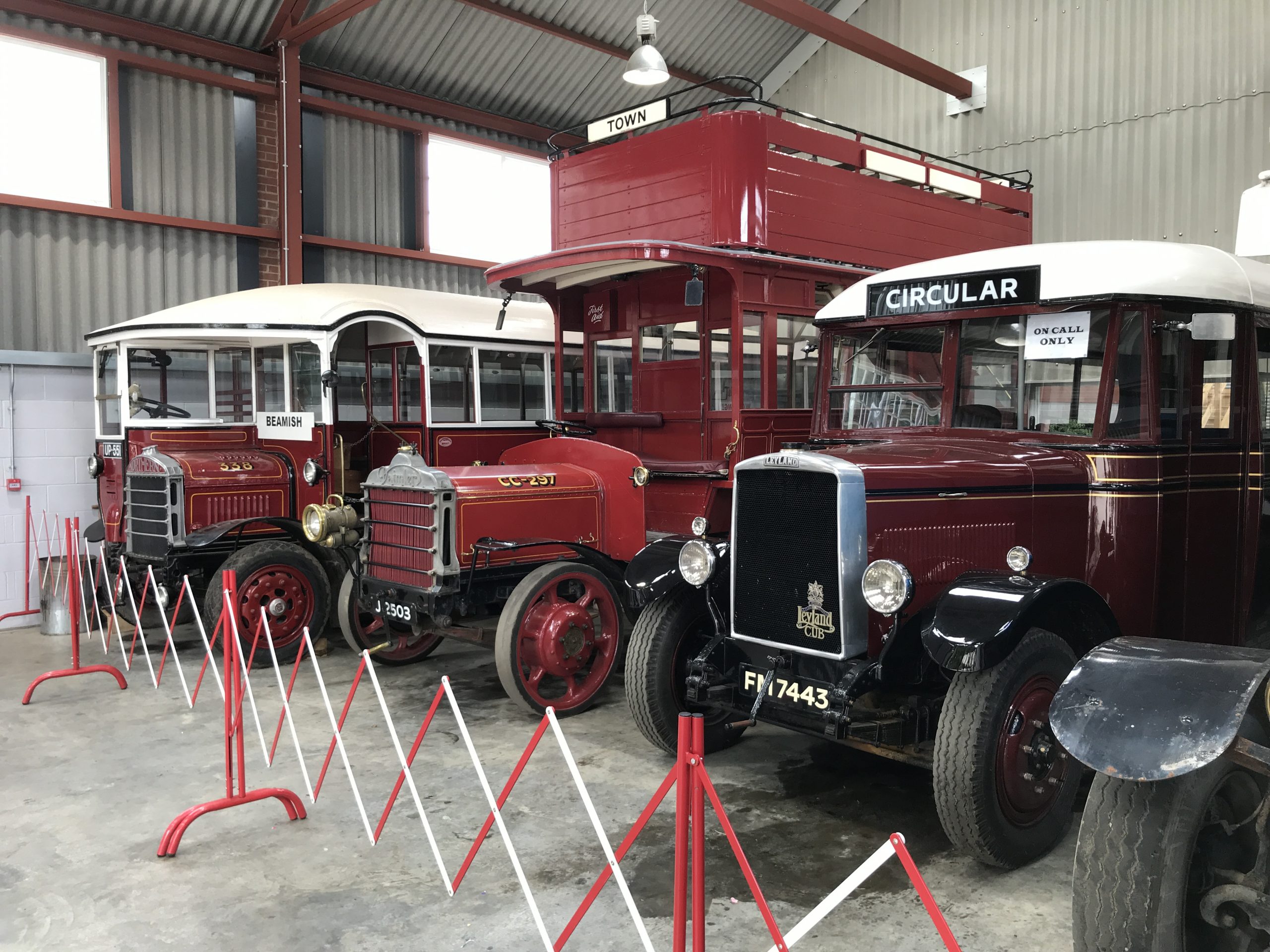 Below: Gateshead 10’s bogies have been trial assembled (to determine precise measurements for the hornguide faces), and are seen with their own springs now bearing the weight of the frame.  They will come apart, and be reassembled, several more times before work is complete though.  The scope of work has been further extended so that some areas previously deemed to be satisfactory, will now also see further repairs/renewals in order to produce an even more thorough job when the bogies are completed. 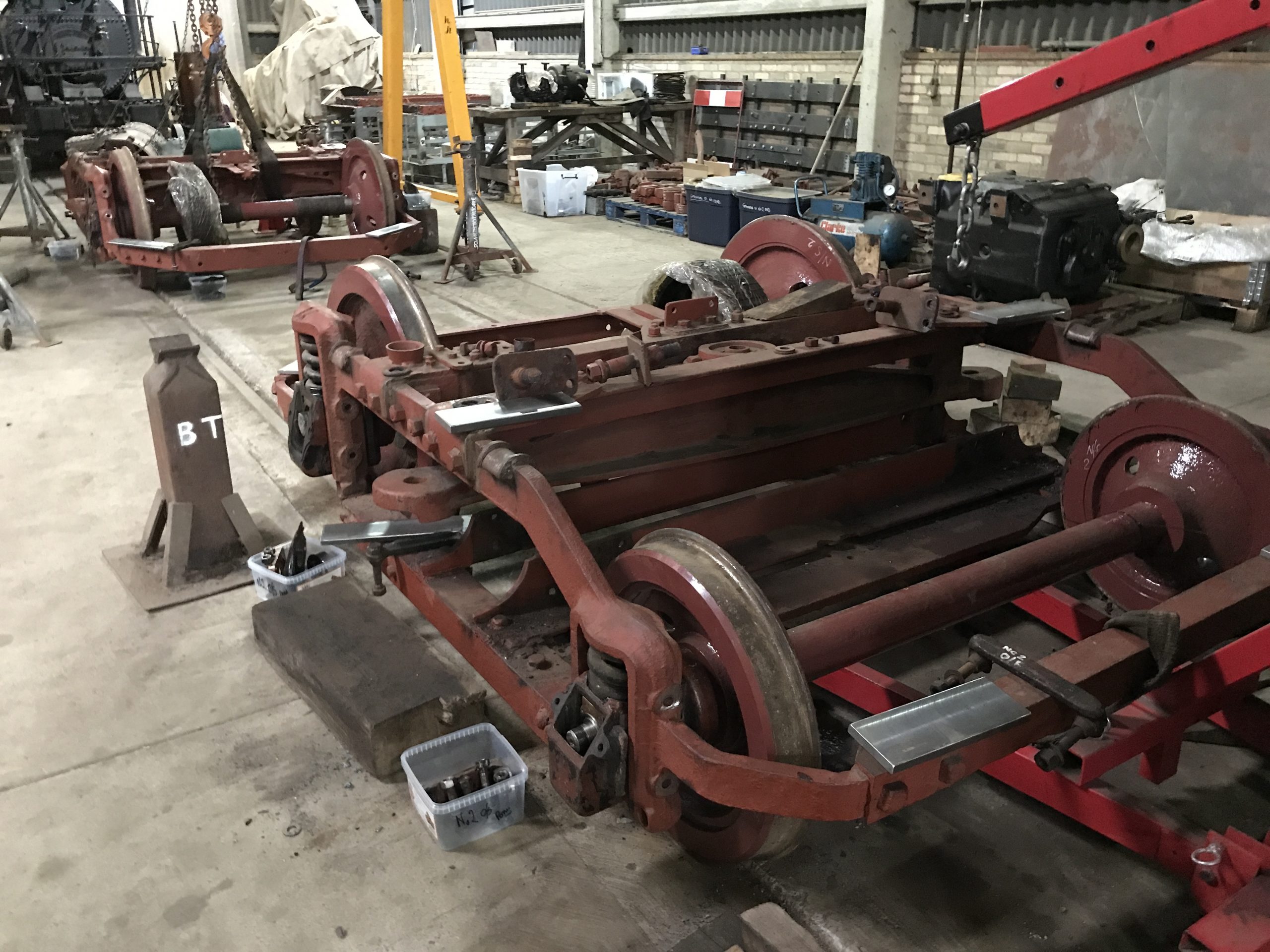 Below: Over at Kirby Stephen East, NER coach, 3071, has been rubbed down in order to further assess its condition.  This hasn’t revealed anything that wasn’t expected – and has confirmed the poor condition of one corner post – as indicated in the photographs! 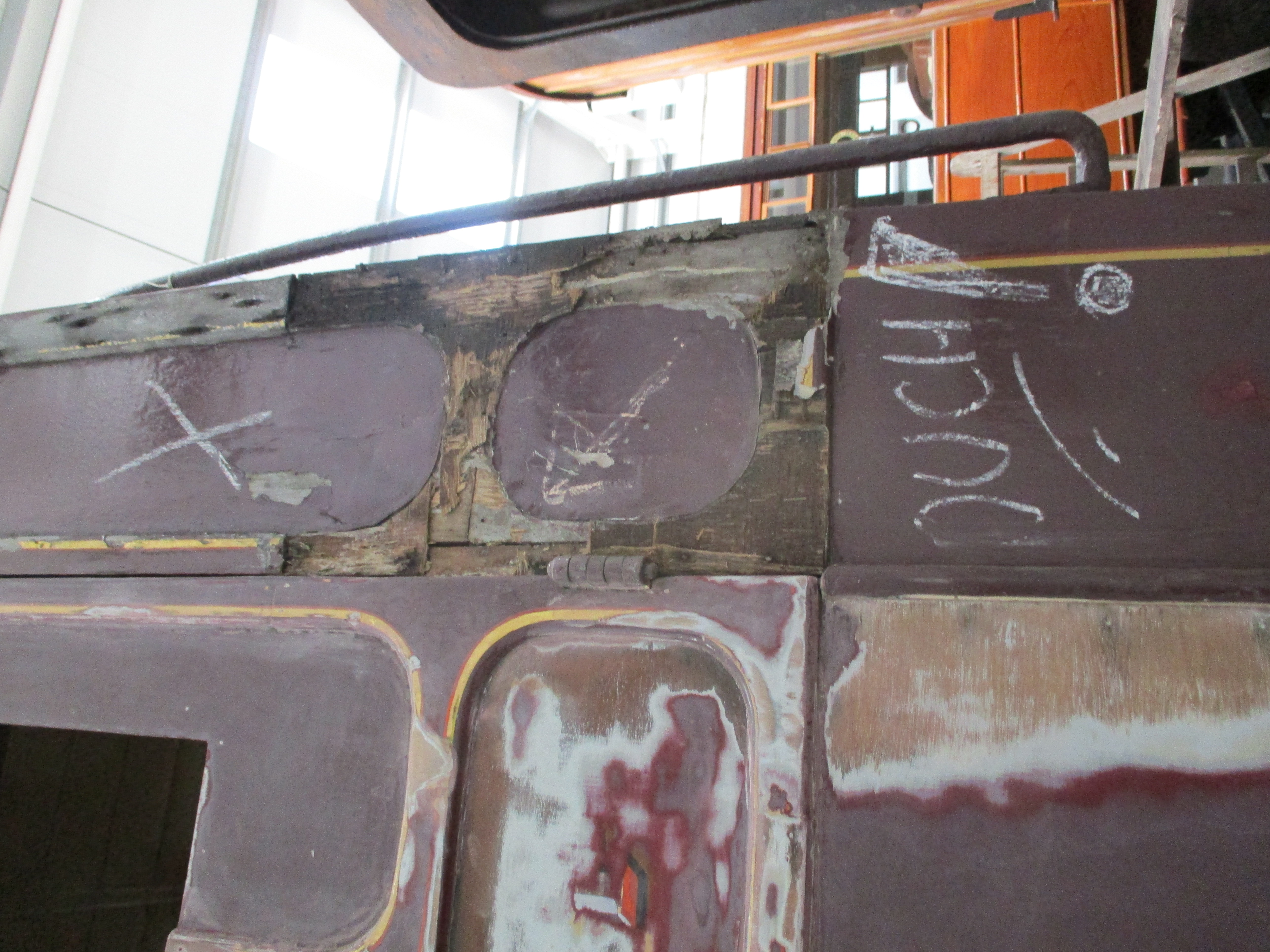 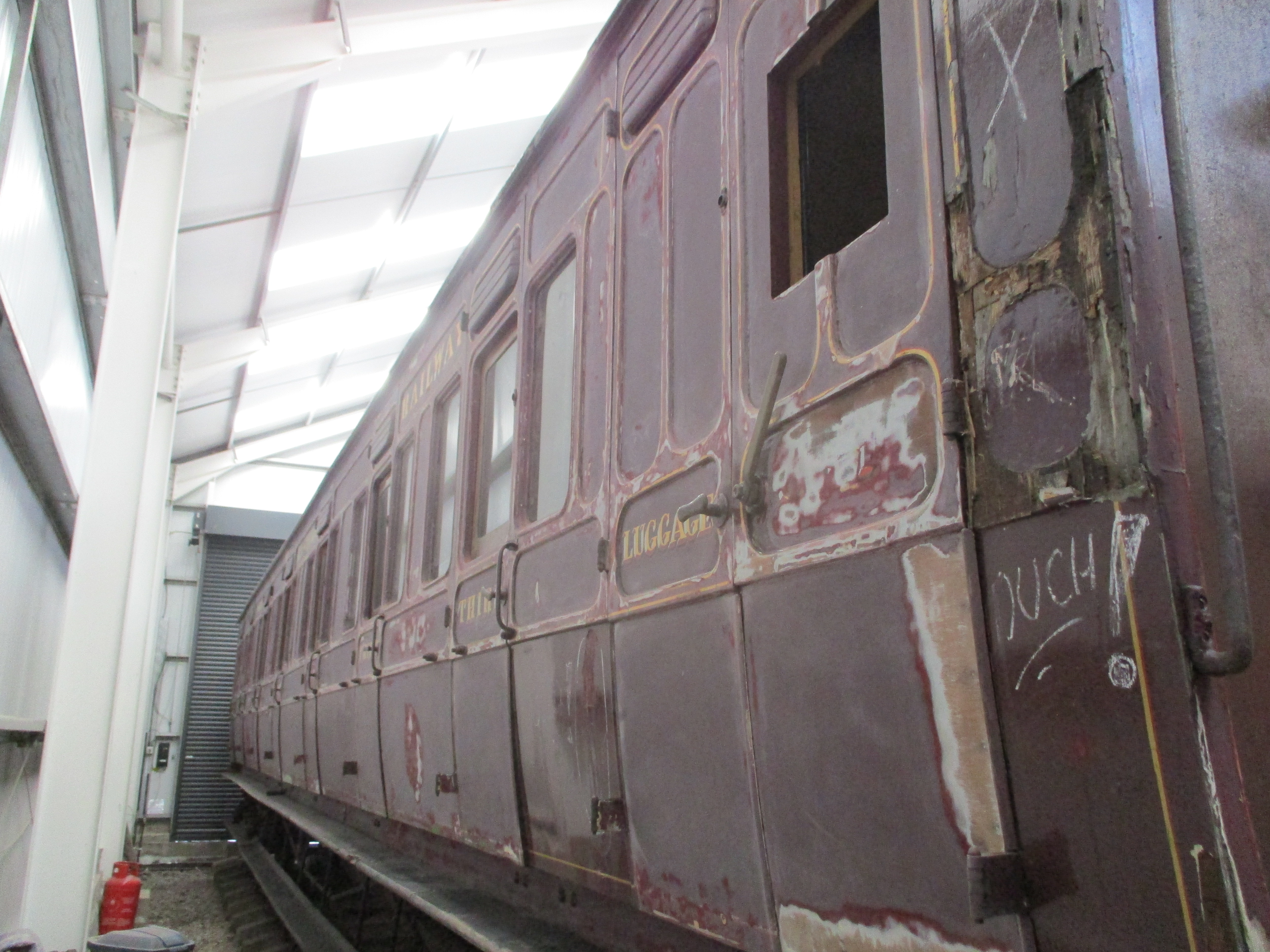