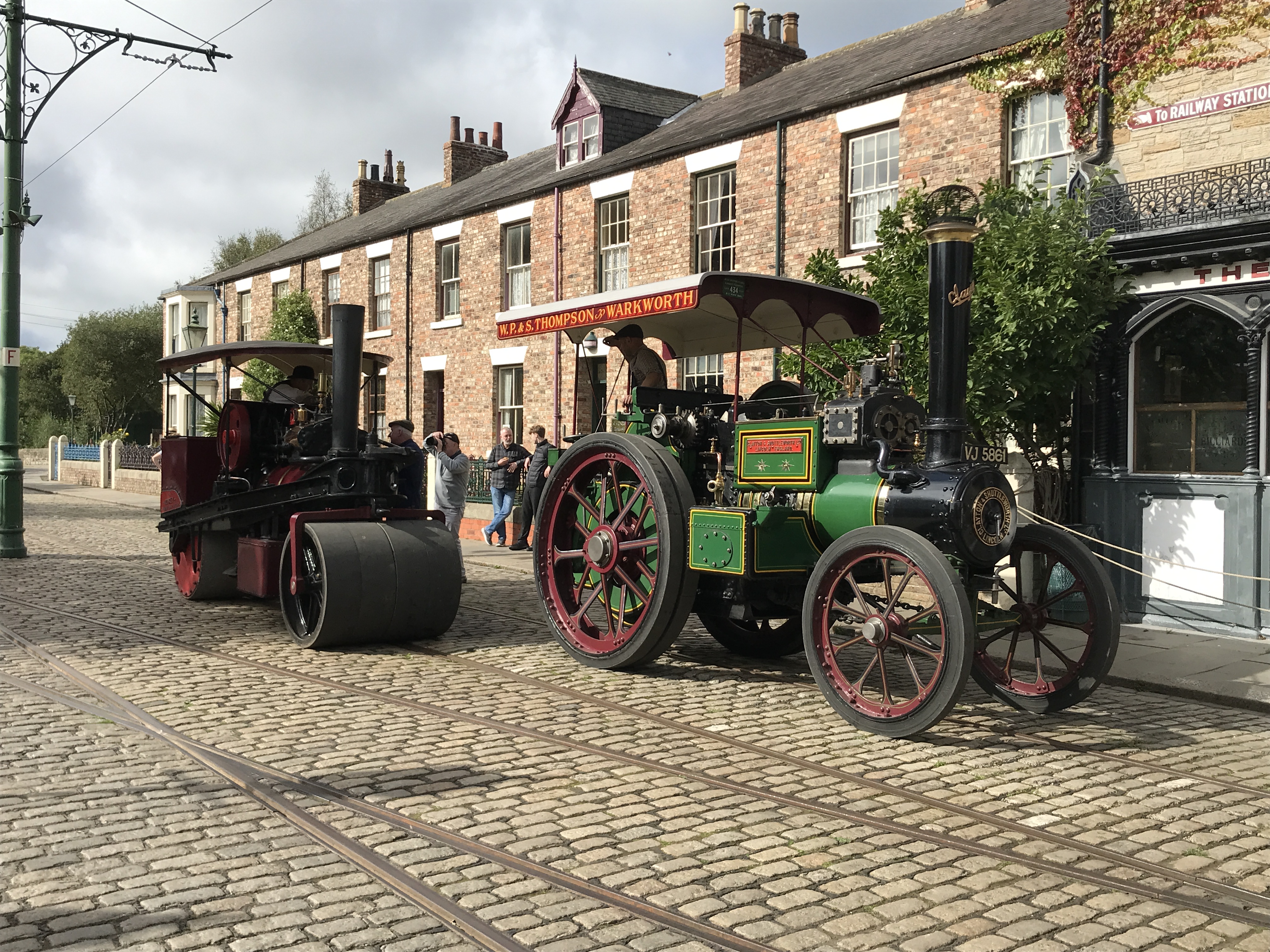 This weeks post inevitably focusses on the forthcoming transport activities this weekend, but I’ve also included a video that I am sure readers will enjoy.  I anticipate a bit of a break on the blog, with no post next week, but I’ll make up for the at the following week with full roundup of what has been going on…

The rather late announcement of our autumn steam gala has not deterred the exhibitors – with 14 road steam engines being part of the line-up for this weekend’s event.  Some of the exhibits arrived early and have been pottering around the museum, enjoying the rather quieter roads than will be the case over the weekend. 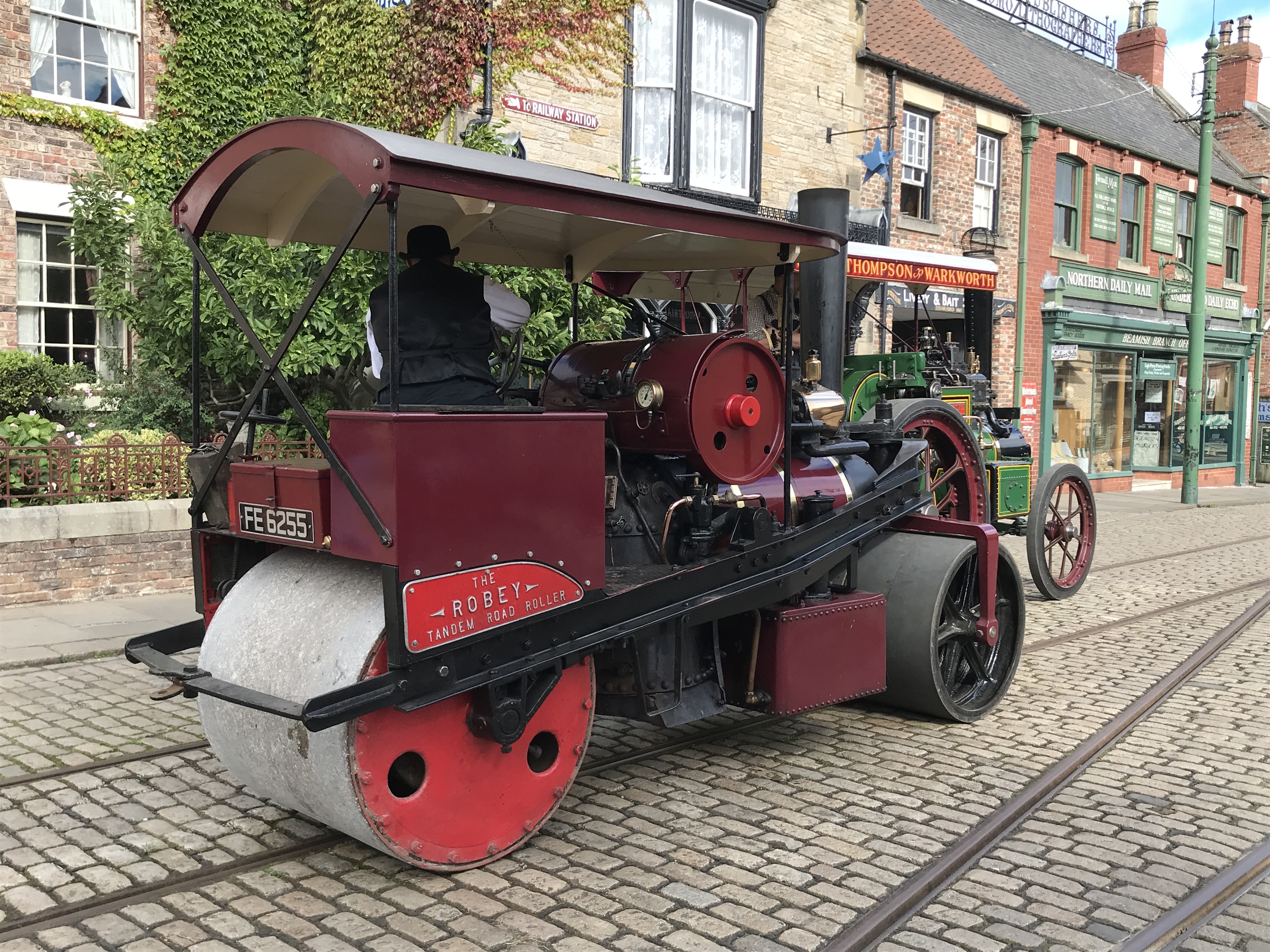 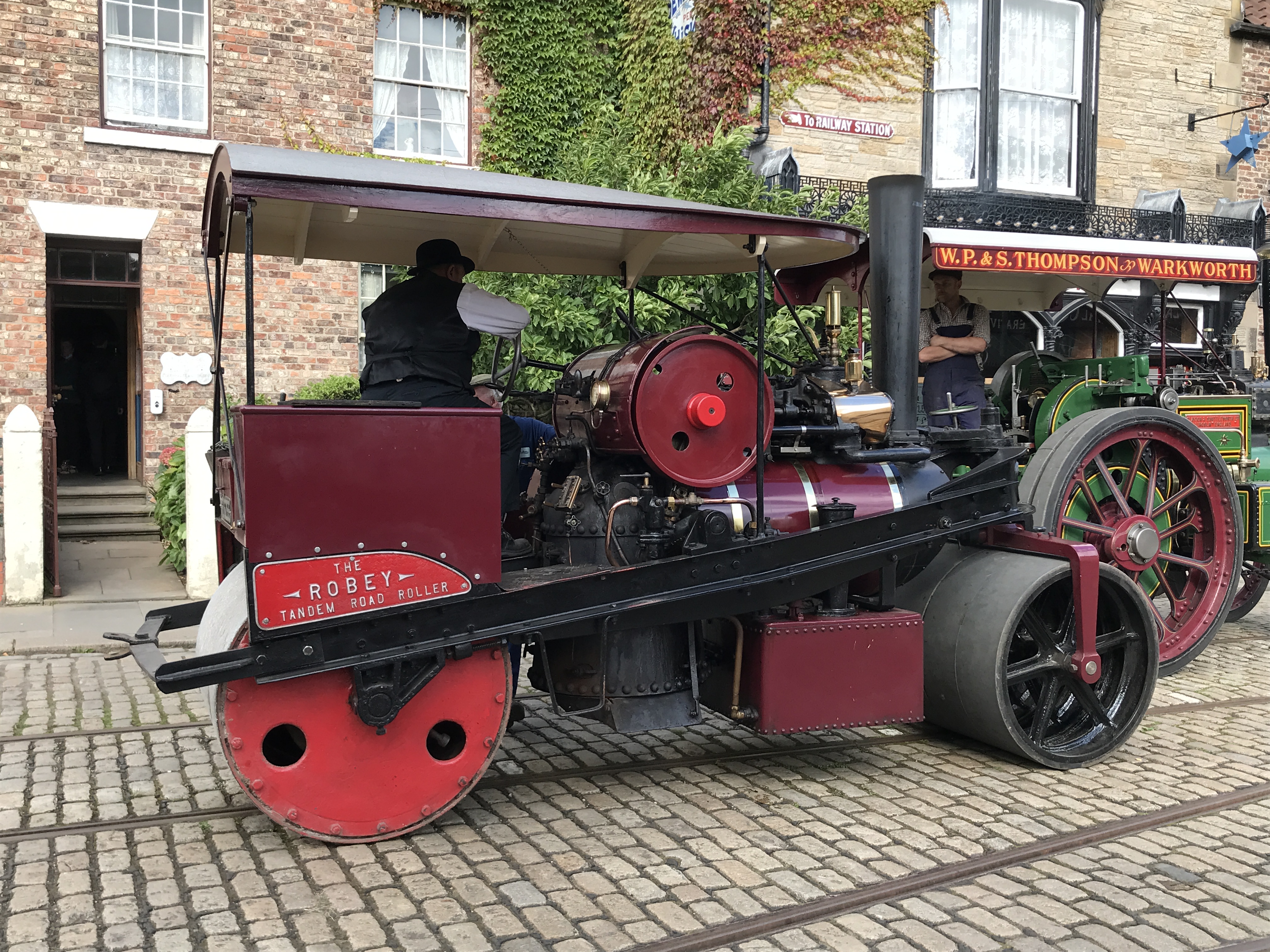 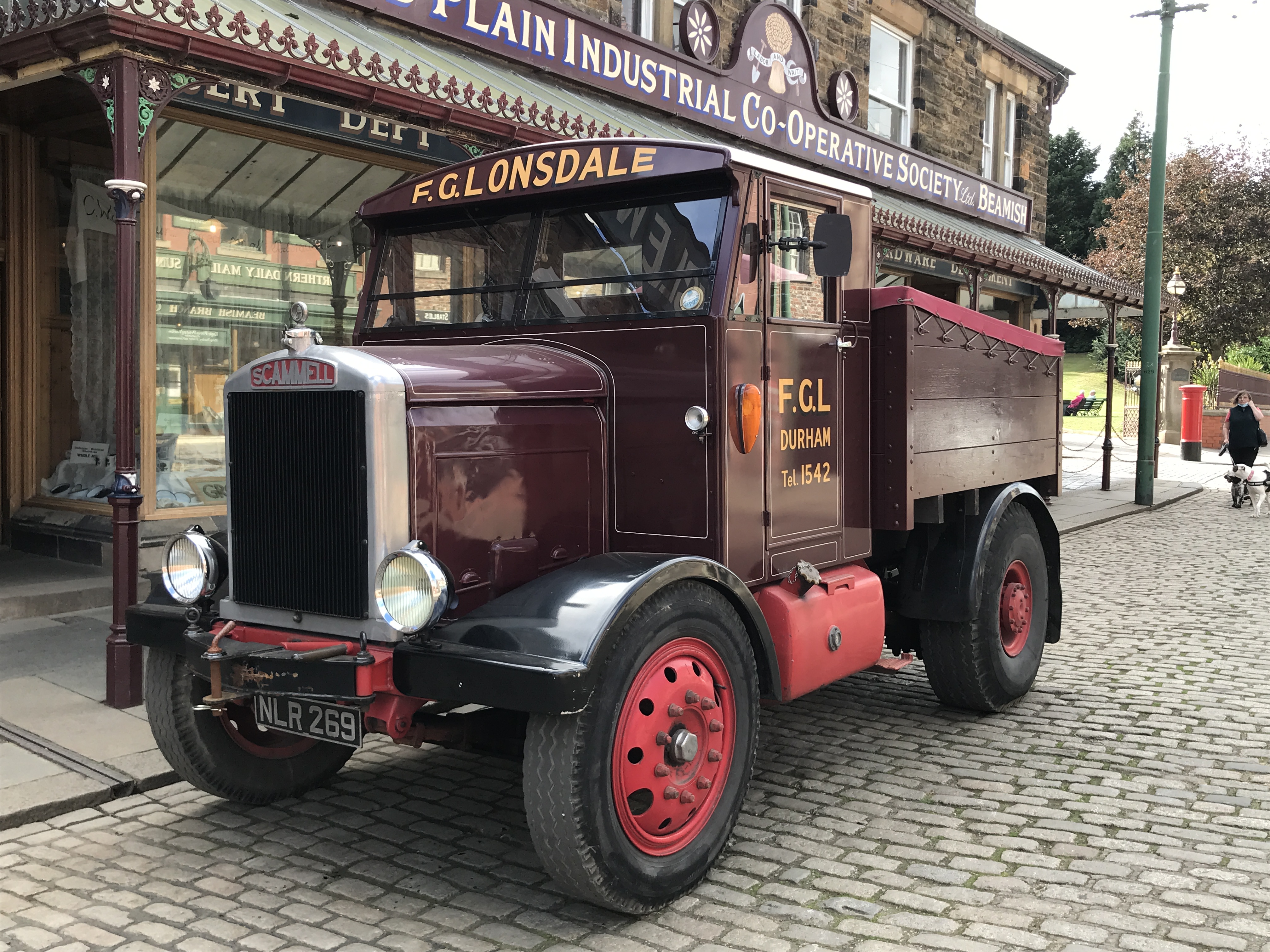 Below: In the Colliery, all of hate locomotives were warmed through and some maintenance jobs carried out.  No.18, with flat waggon (and Newcastle’s ashpan!) ran around collecting scrap metal.  Mostly track fixings that were rendered redundant when the plastic sleepers were installed but had been left lying around by the PW team.  Coffee Pot and Peckett 1370 had warming fires lit in readiness for the morning. 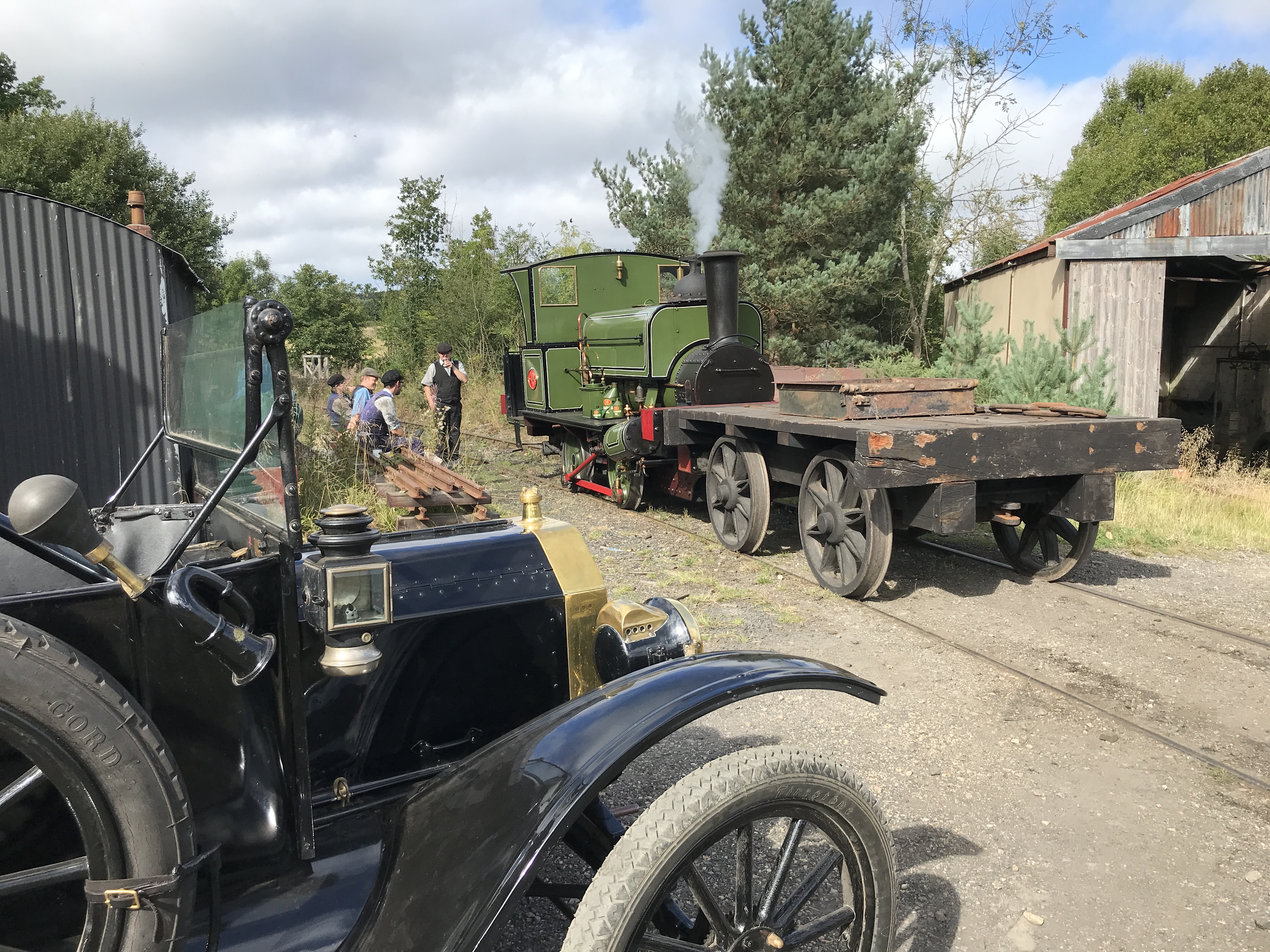 Below: Samson and Glyder raising steam.  Since this photo was taken, Samson’s rear bufferbeam has finally been painted black! 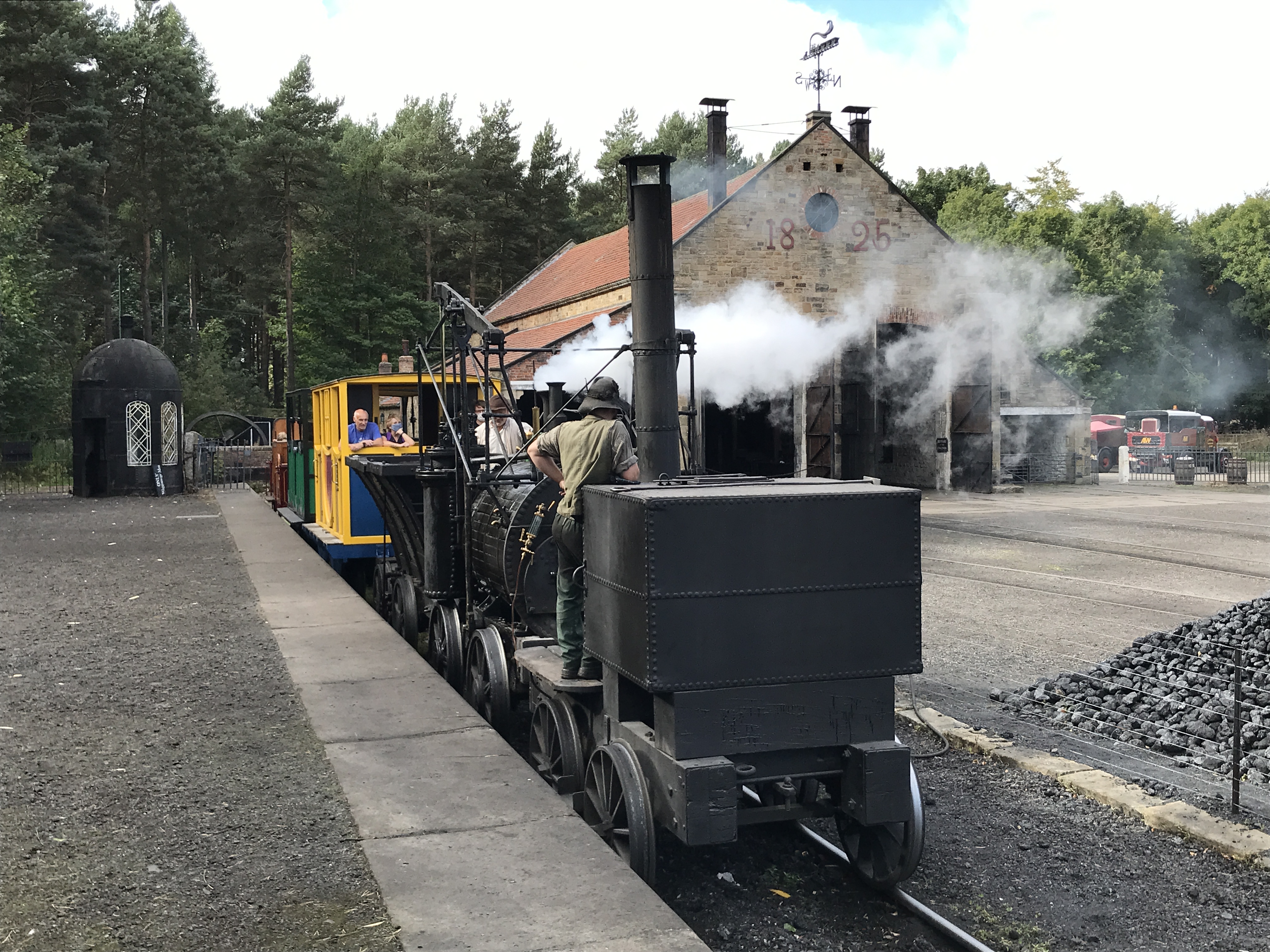 Below: Just a note to record the most recent tweak to operations – trams now run through into the Town Street, dropping off at Redman Park, then exiting the Town to reverse, and run empty to the stop adjacent to the bank.  This enables the trams to turn, without disrupting the bus service or confusing passengers as to where to board.  Sheffield 264 was in service today.  Over the weekend a two-car service will operate, alongside the bus service.  We are also being joined again by the open top Routemaster, which is covering maintenance periods on the two replica buses. 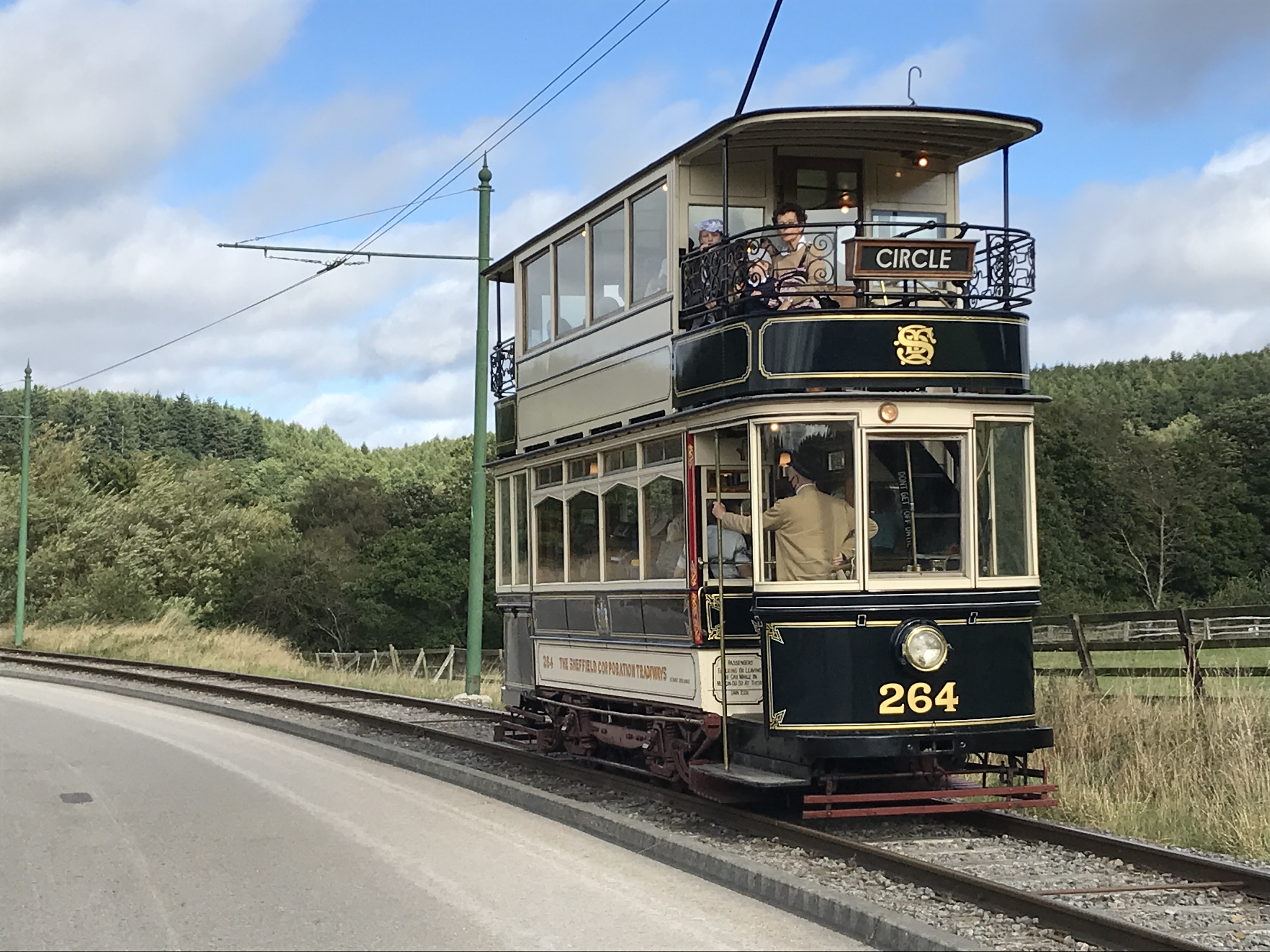 I included a photograph of R025 in the last post, but I thought readers would like to see (and hear) it in operation.  In low gear you need considerable patience, whilst in high hear the driver requires ear defenders!  The roller had been dormant for two years, but started readily and once adjusted, rattled around the events field quite happily.  I hope that we can demonstrate it more frequently in the future, as it is certainly an unusual site – and also important to remember it is just four years shy of its centenary.  I don’t know of another working D4 example, certainly in the public eye, so hope this video will be of wider interest to motor roller enthusiasts too.