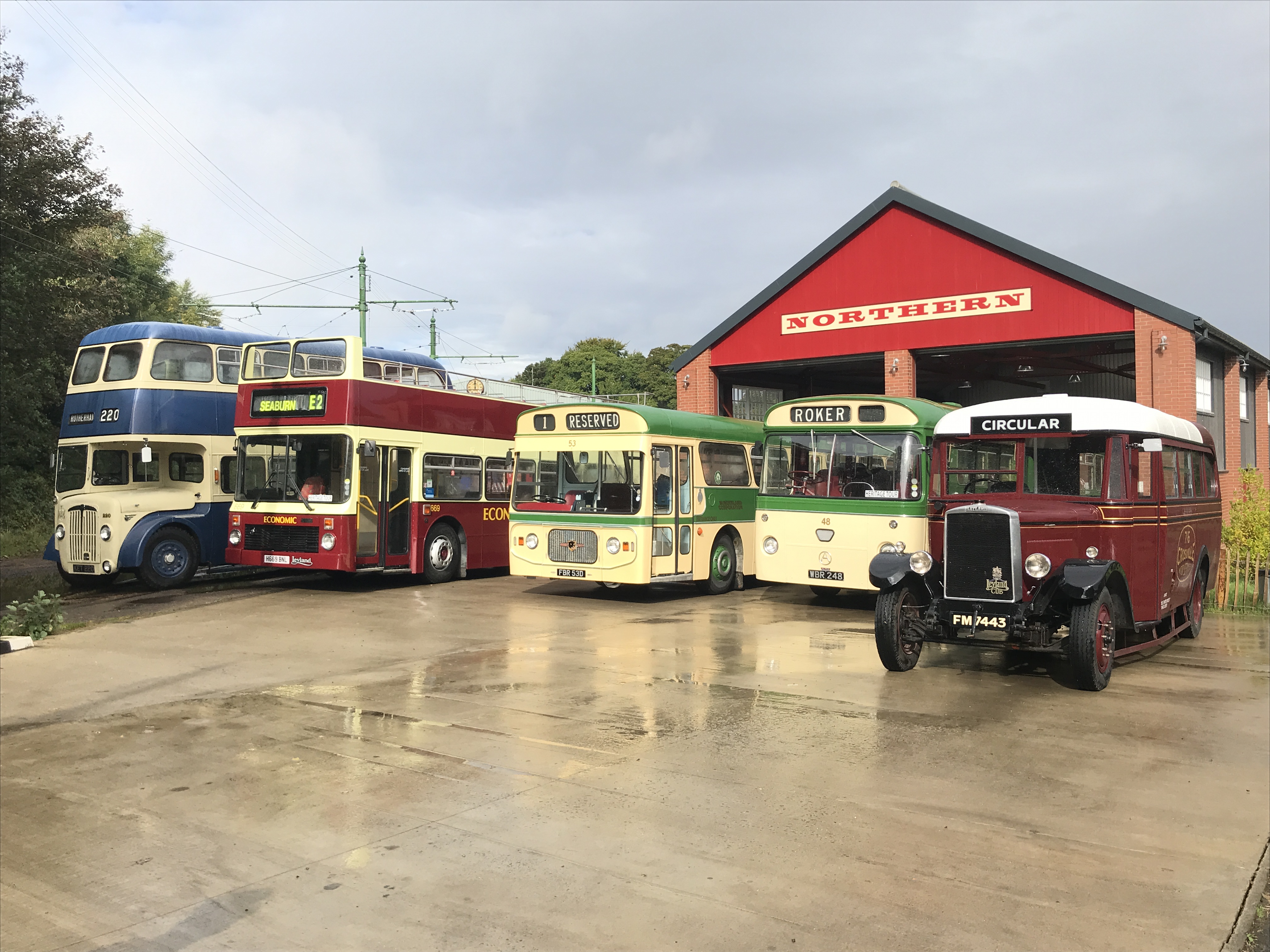 After the excitement of the Autumn Steam Gala, Monday brought another event, of sorts, with the Omnibus Society attending the museum as part of their tour of the region.  This lead to an impromptu display of buses outside the depot as a nice add-on to follow the previous weekend’s activities.  We then got back to business and in this report, a few of the projects often seen on the blog are updated.

On Monday 27th September we hosted around 80 members of the Omnibus Society during the morning.  They arrived on three buses from the North East Bus Preservation Trust collection, so the opportunity was taken to line these up alongside some of our own fleet plus the Beamish/Northern liveried Versa from Go North East. 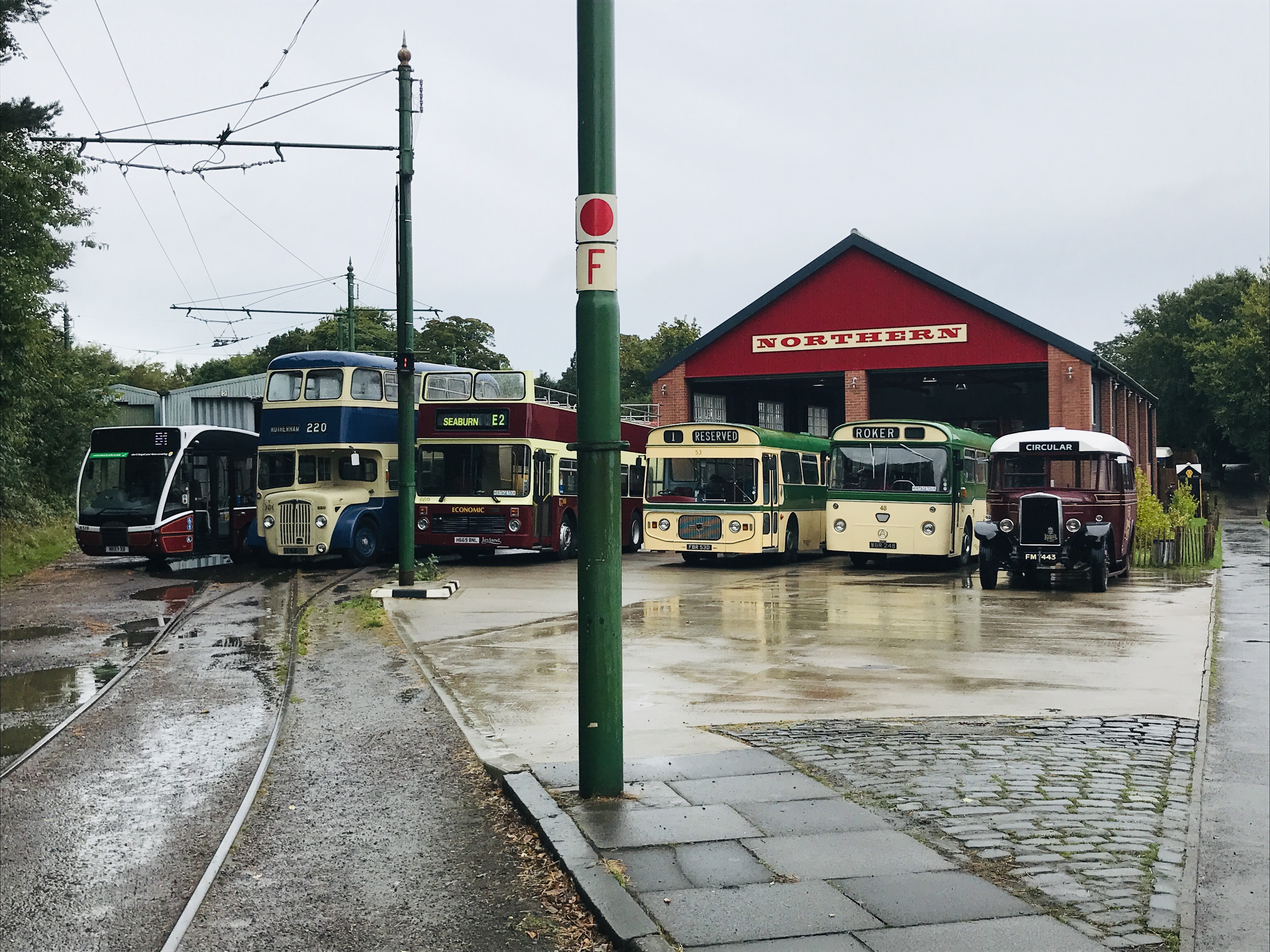 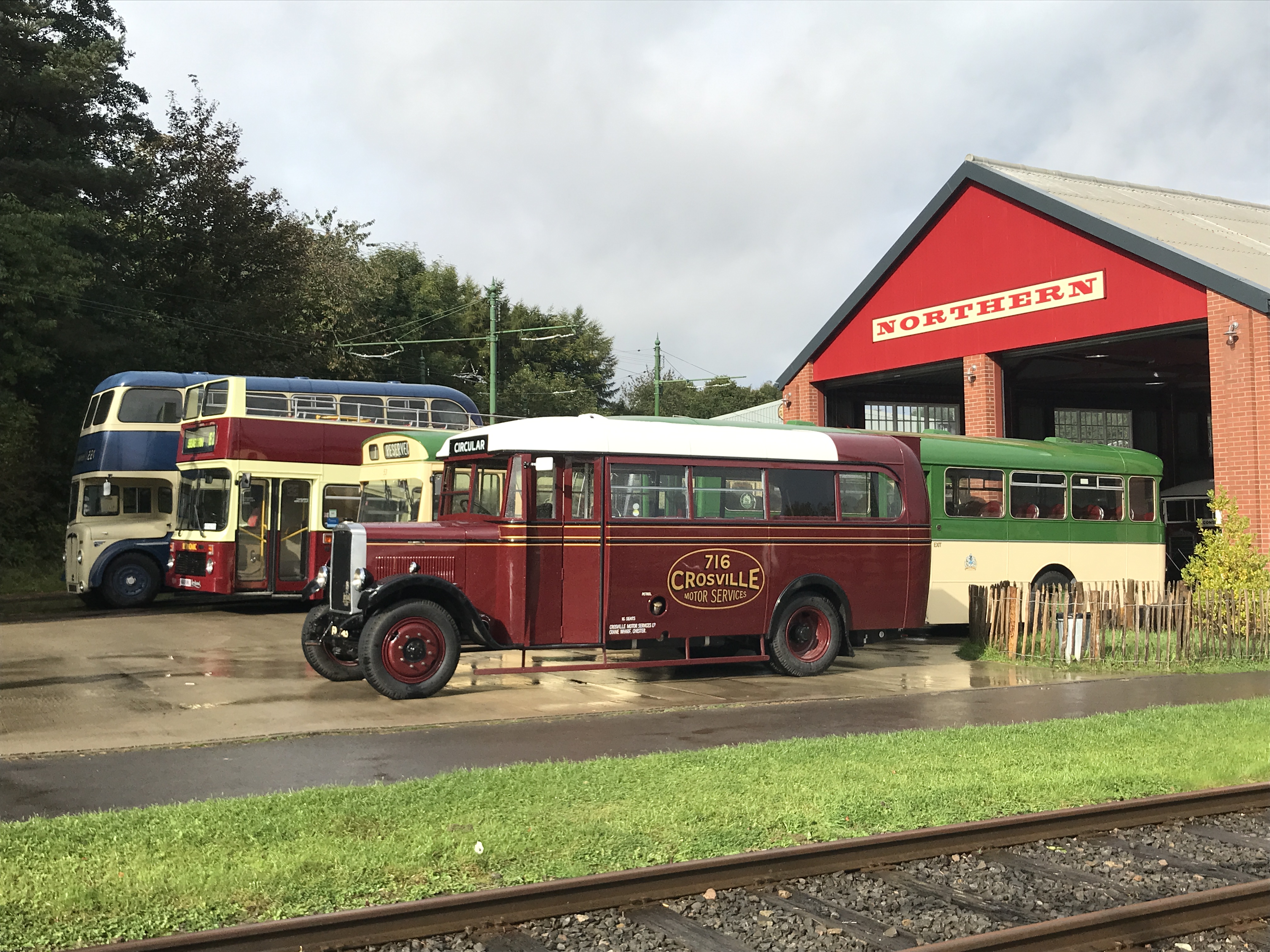 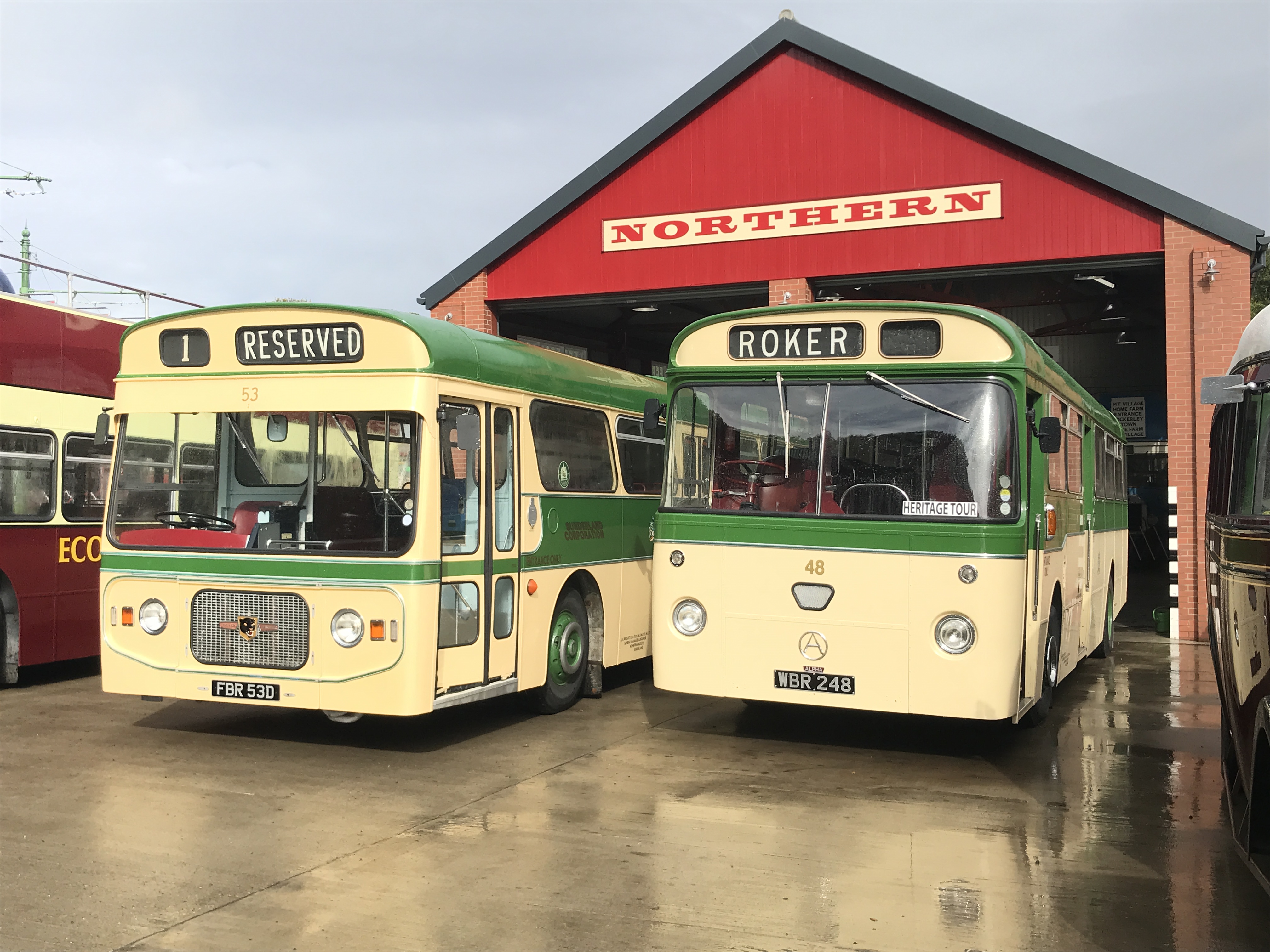 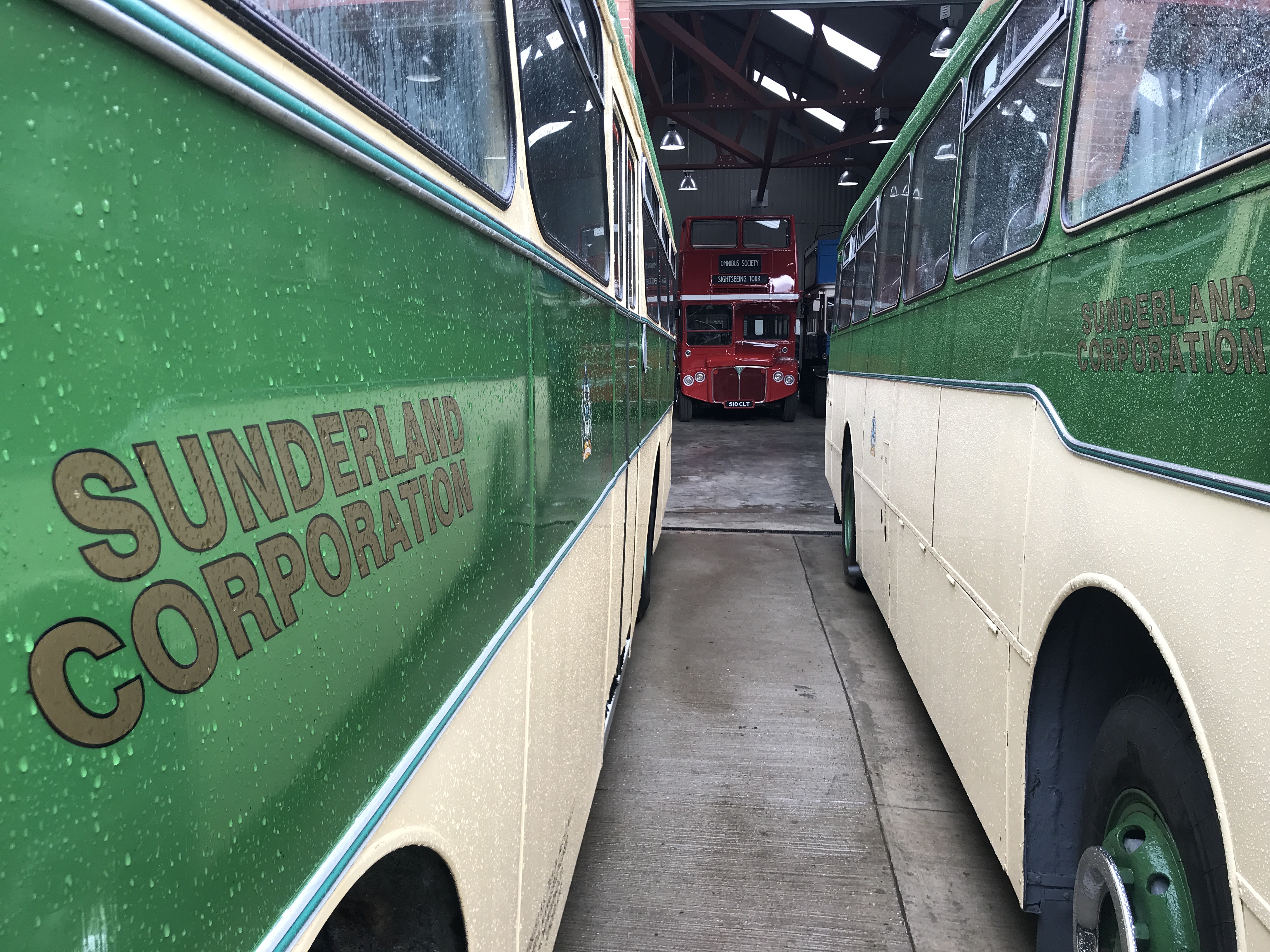 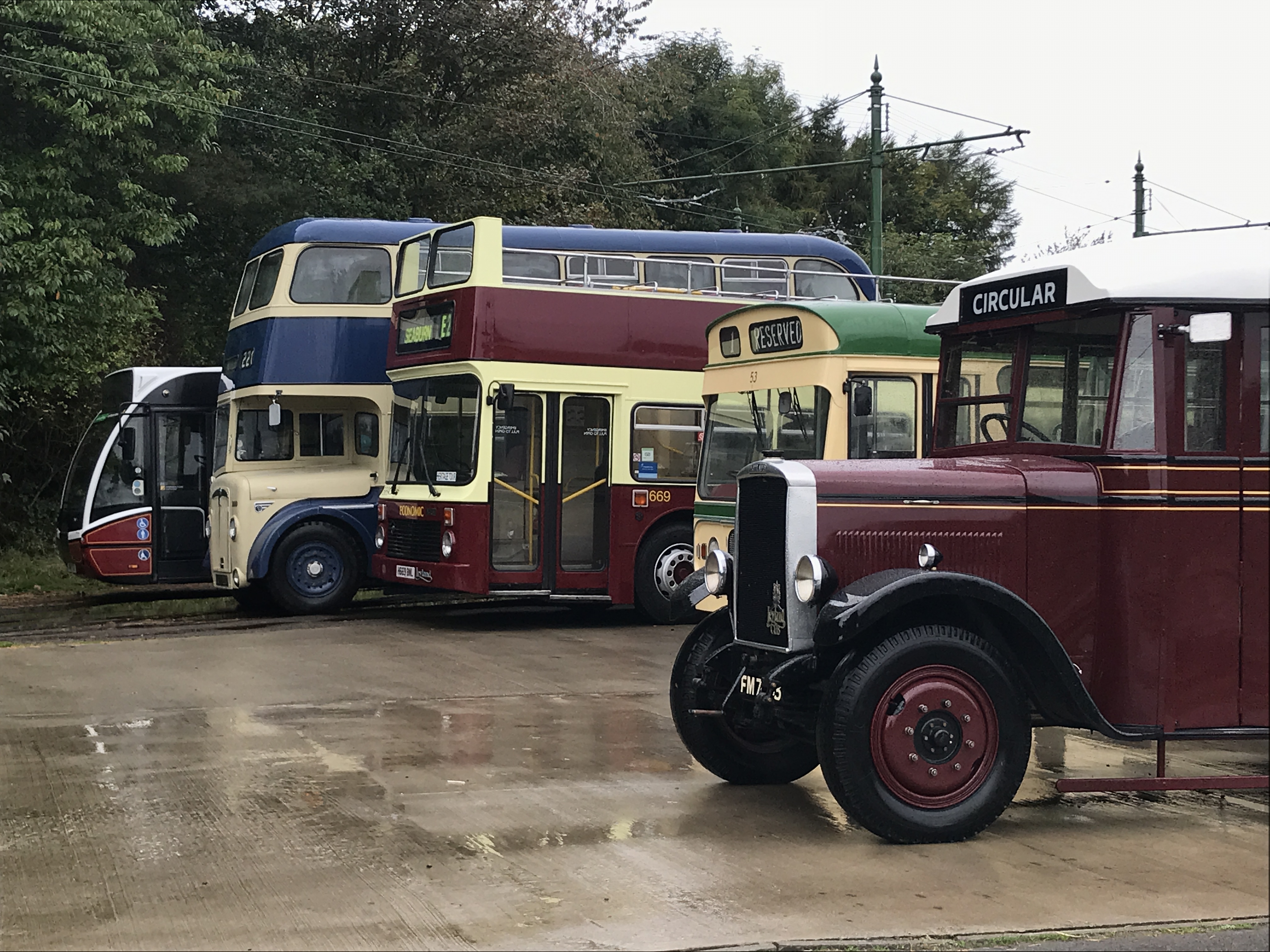 Below: Sheffield 264 was the service tram for the day, seen here terminating at Foulrbridge with the buses in the background.  Rotherham 220 then went back into service to join Darlington 4, whilst Crosville 716 was the on-call Wheelchair Accessible Vehicle for the day (for as long as we can get petrol for it!). 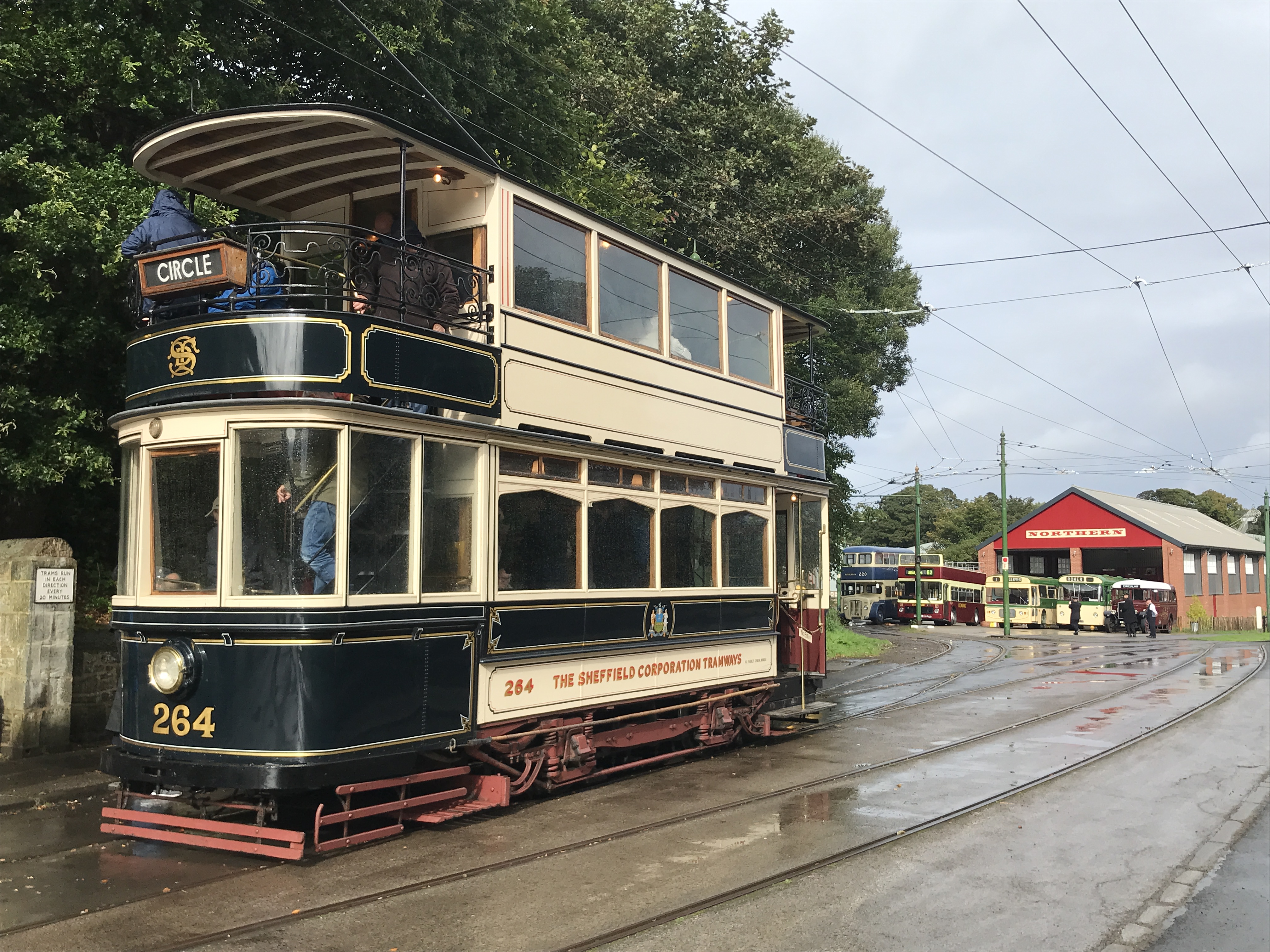 Continuing the theme of buses within this post, on Wednesday the components of the ex Cockerton Green bus shelter were collected and taken away for shot-blasting.  They will then move to the workshop of North Bay Engineering Services for restoration to commence.  It is hoped that this work will be completed later this year, the parts then returning to Beamish for painting and final finishing.  The shelter will be placed in the 1950s area, currently under construction, as part of the 1950s bus route that will serve this section of the museum. 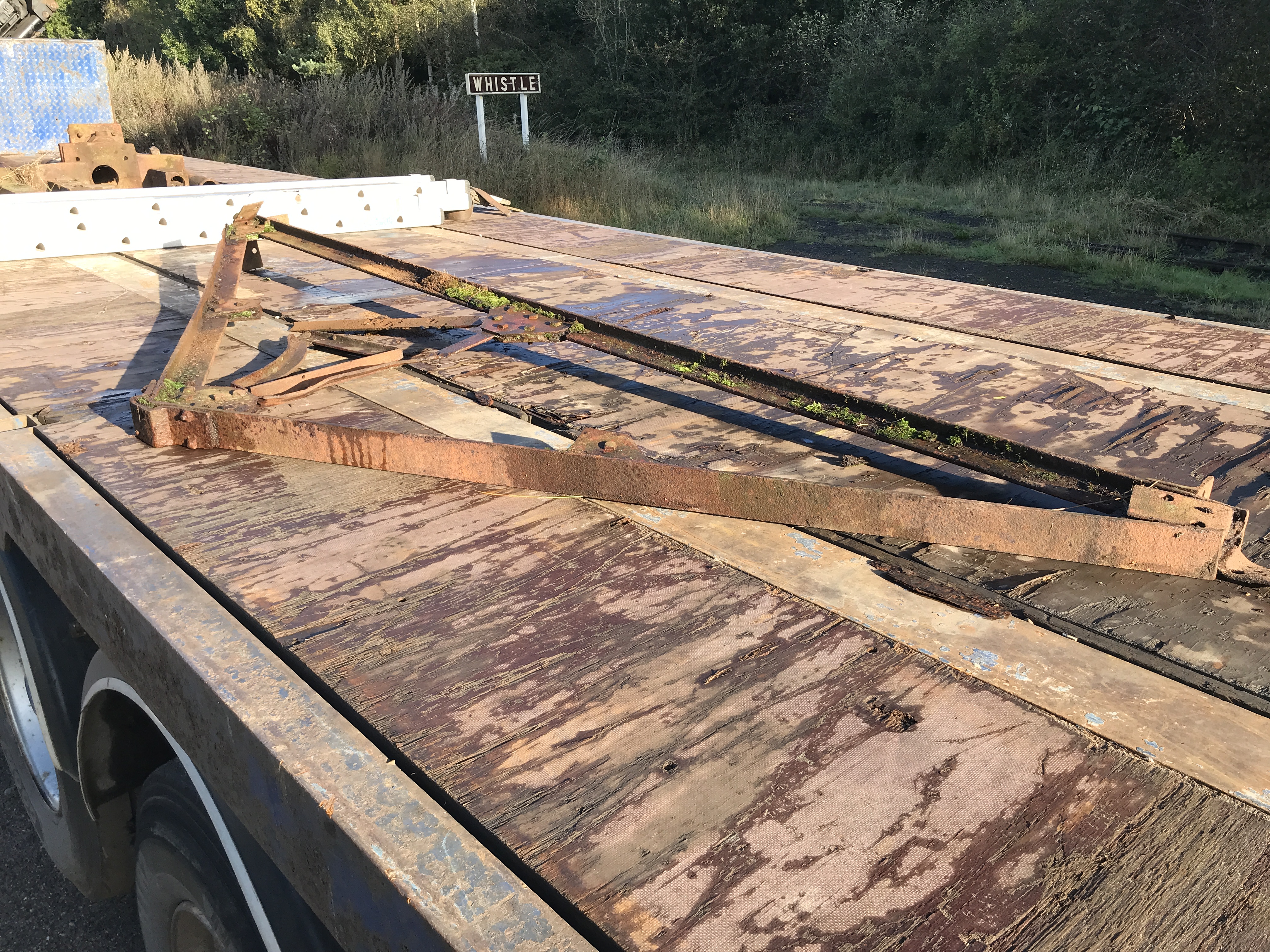 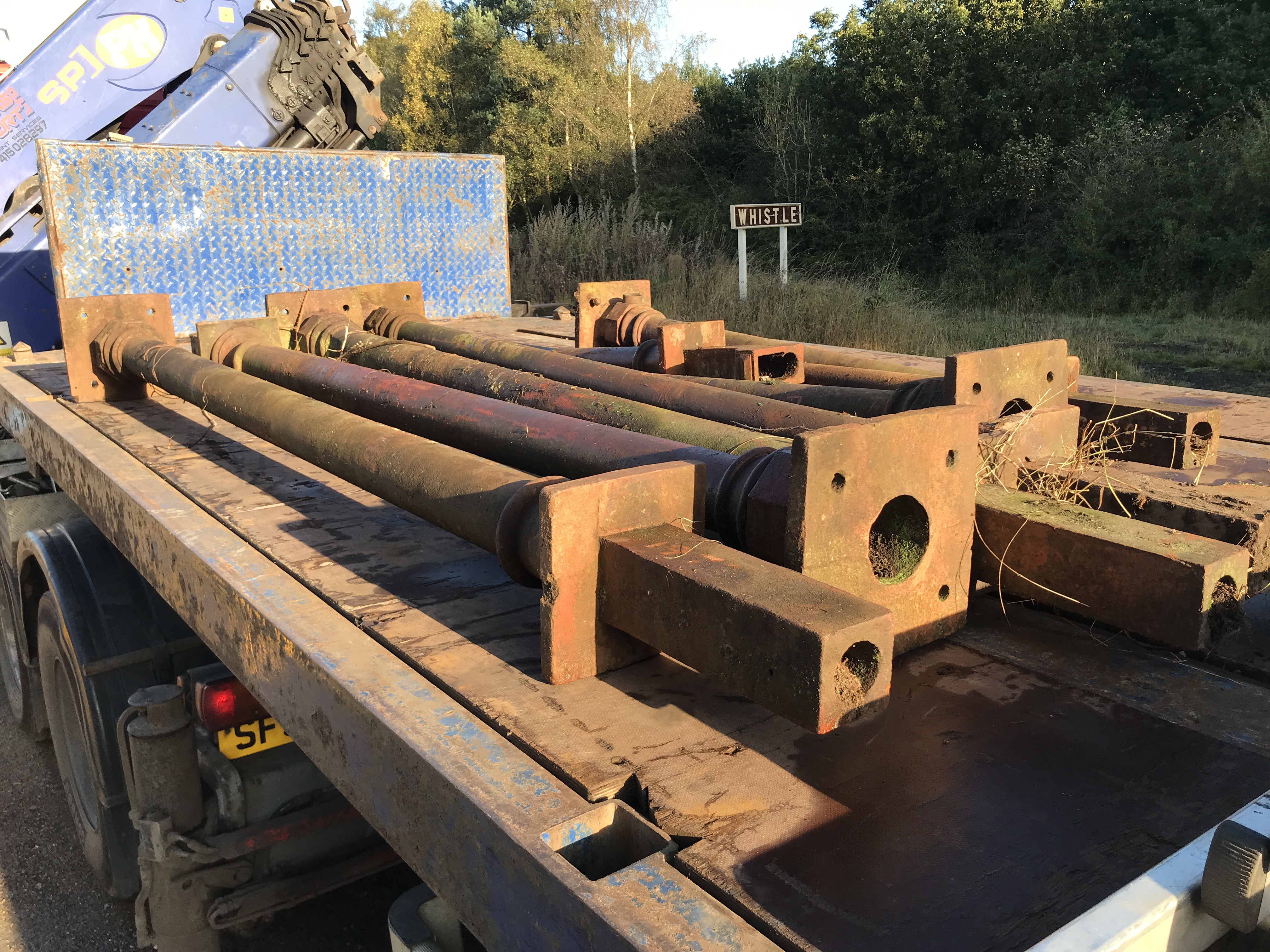 Work on investigating 3071 for repair at Kirby Stephen East continues.  The known water ingress has proved to be worse than was at first thought, as the photos here reveal.  Many thanks to Mike at KSE for the updates and photographs, which are reproduced here with his permission.

Below: It was known that a number of compartments had suffered water ingress, we think from the many years that the coach was partially stored inside the goods shed at Beamish through the 1980s and 90s, with one end exposed to the elements.  Removing internal panelling has revealed just how bad the resulting rot is however, somewhat increasing the scope of works needed on these compartments. 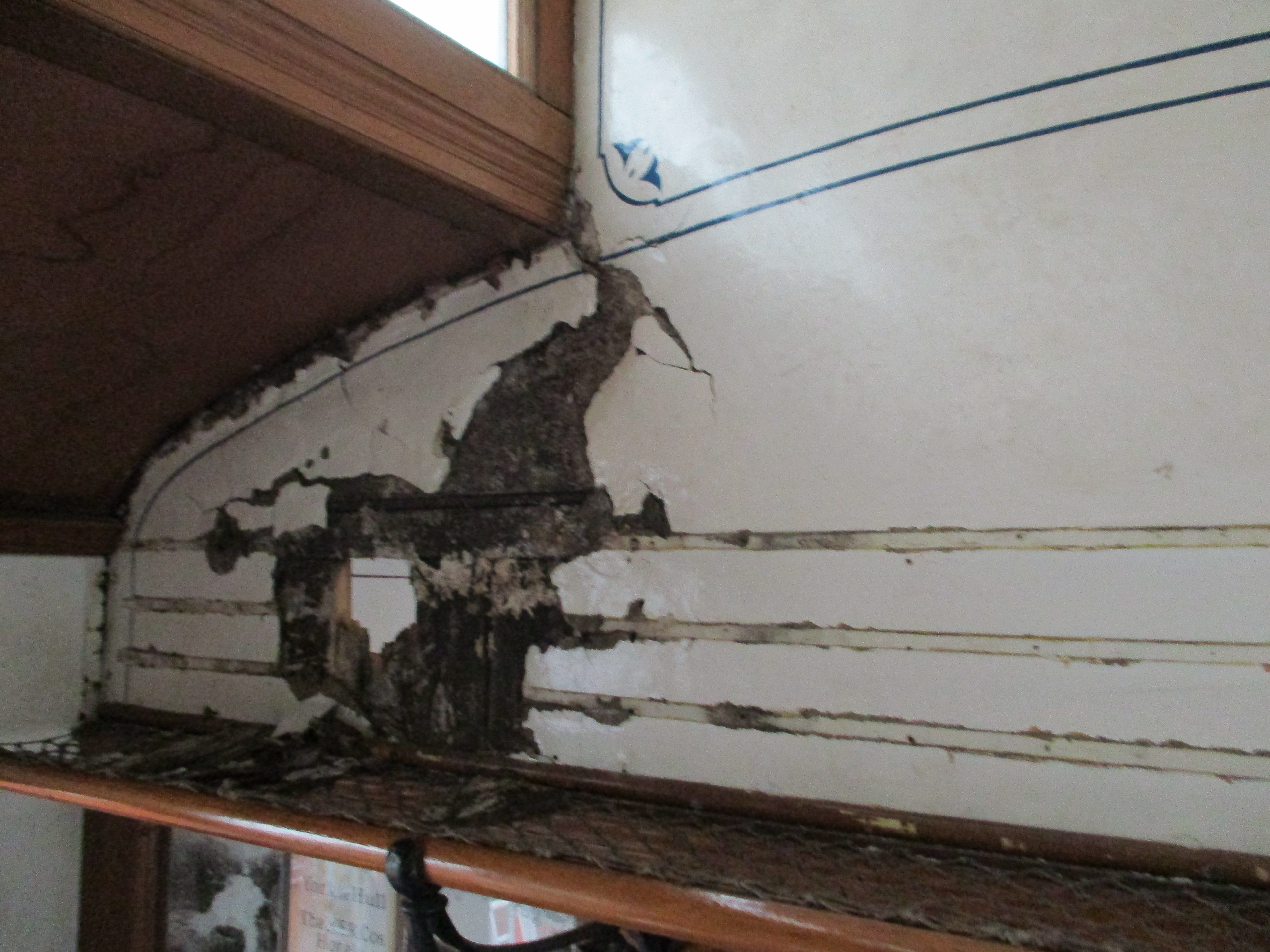 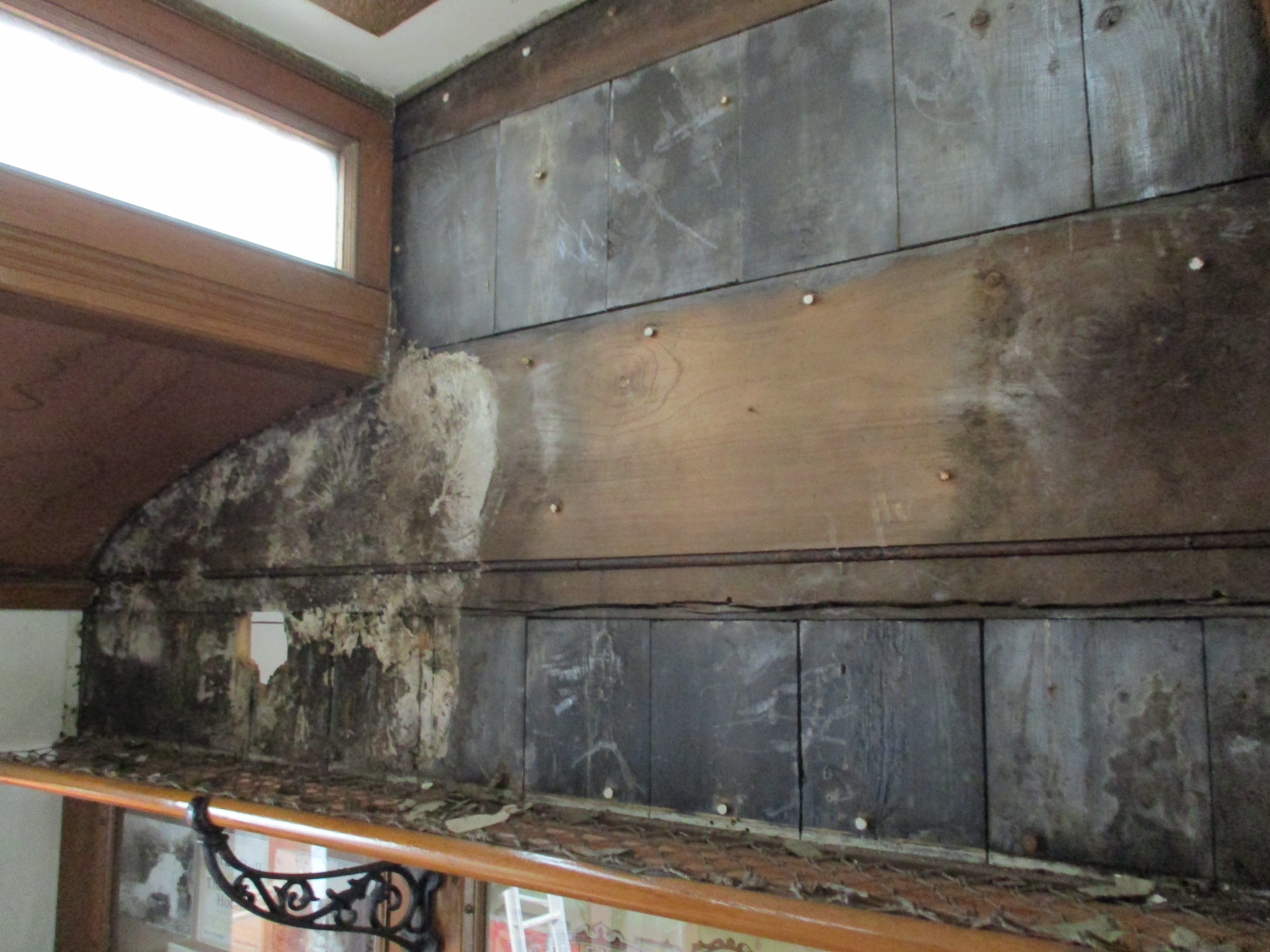 Below (and above): As can be clearly seen, some of the partitions have rotten so extensively as to be apertures between compartments.  These will entail extensive dismantling of seats and panelling in order to enable their removal and replacement. 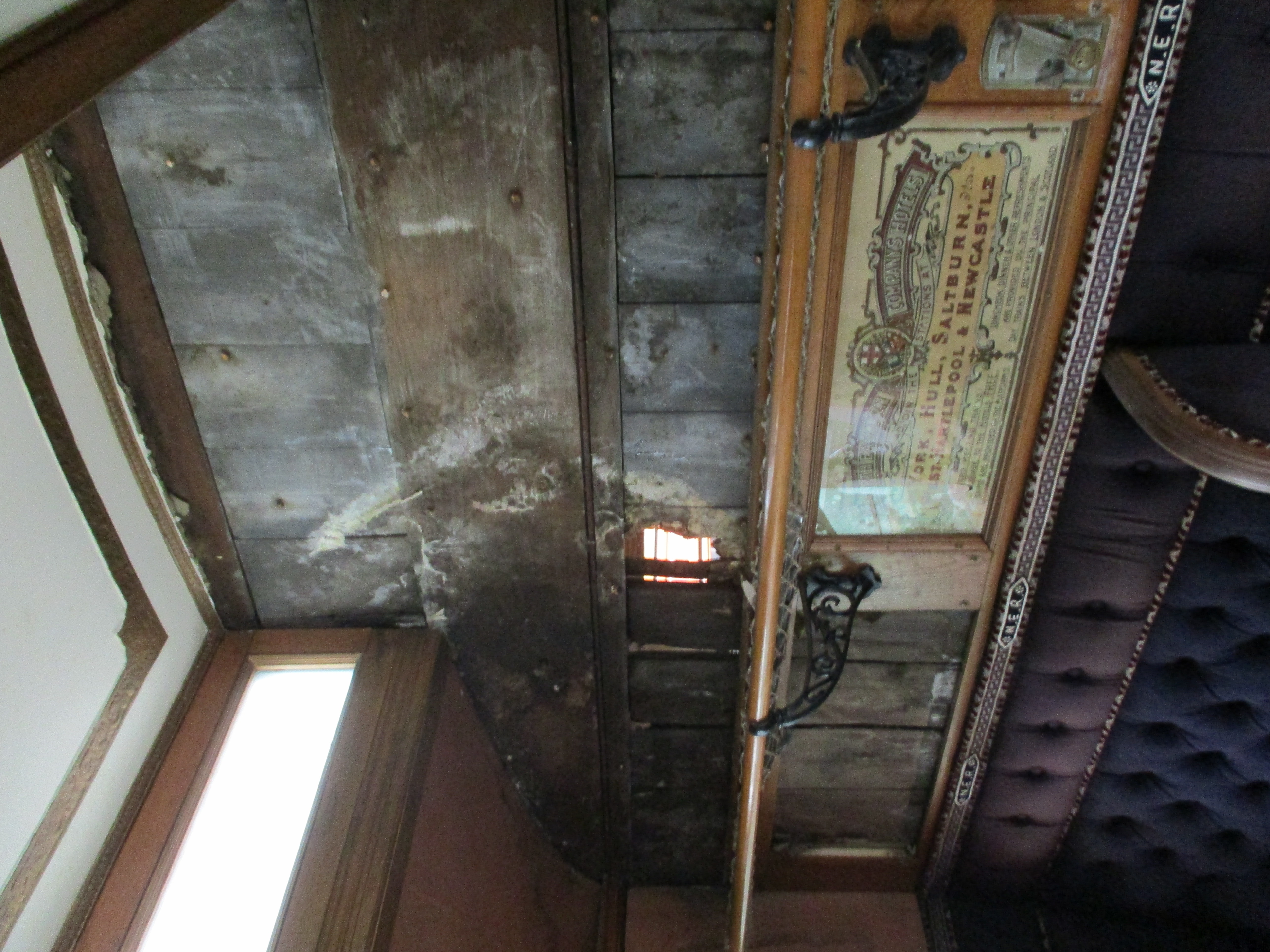 Below: A recent steam test of one of the Pecketts at KSE enabled 3071 to be drawn out of the shed and the steam heating system and vacuum brake system tested.  The former works well, whilst one vacuum brake cylinder will require more attention – both were due for overhaul in any case however.  The coach’s paintwork has been rubbed back as part of the preparation for repairs to the body and full repainting as part of this overhaul. 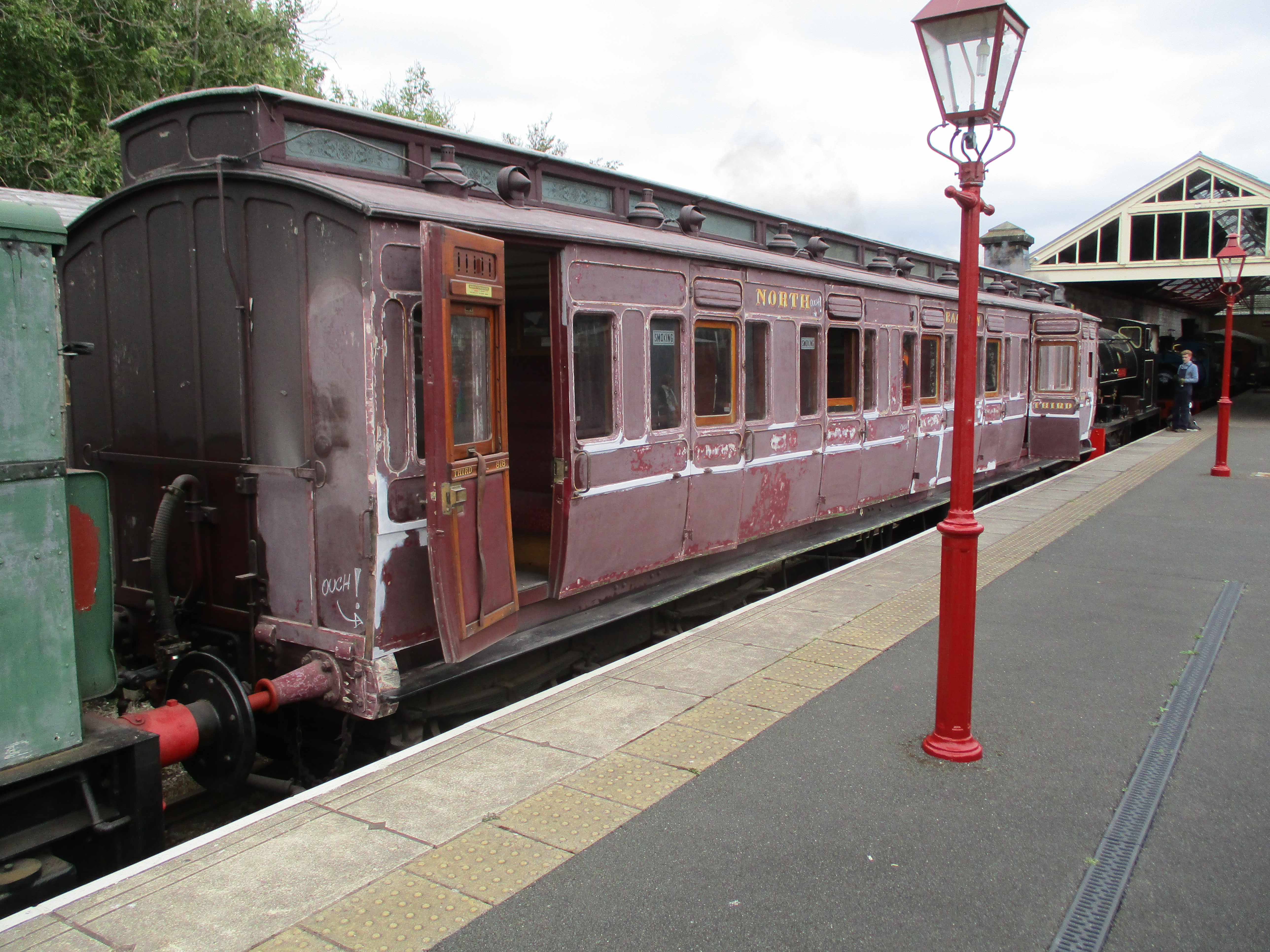 Following re-installation of its overhauled motors (work deferred due to the pandemic and subsequent lockdown), Newcastle 114 has been on test this week.  Whilst the weather doesn’t lend itself to open toppers now, we will shortly have a five-tram fleet once again, with an enhanced service planned for the October half-term.  Meanwhile, the engineering team continue their work on Gateshead 10’s bogies.  I’ll include a more detailed report on 114 soon, along with an update from Matt on the work being undertaken on 10. 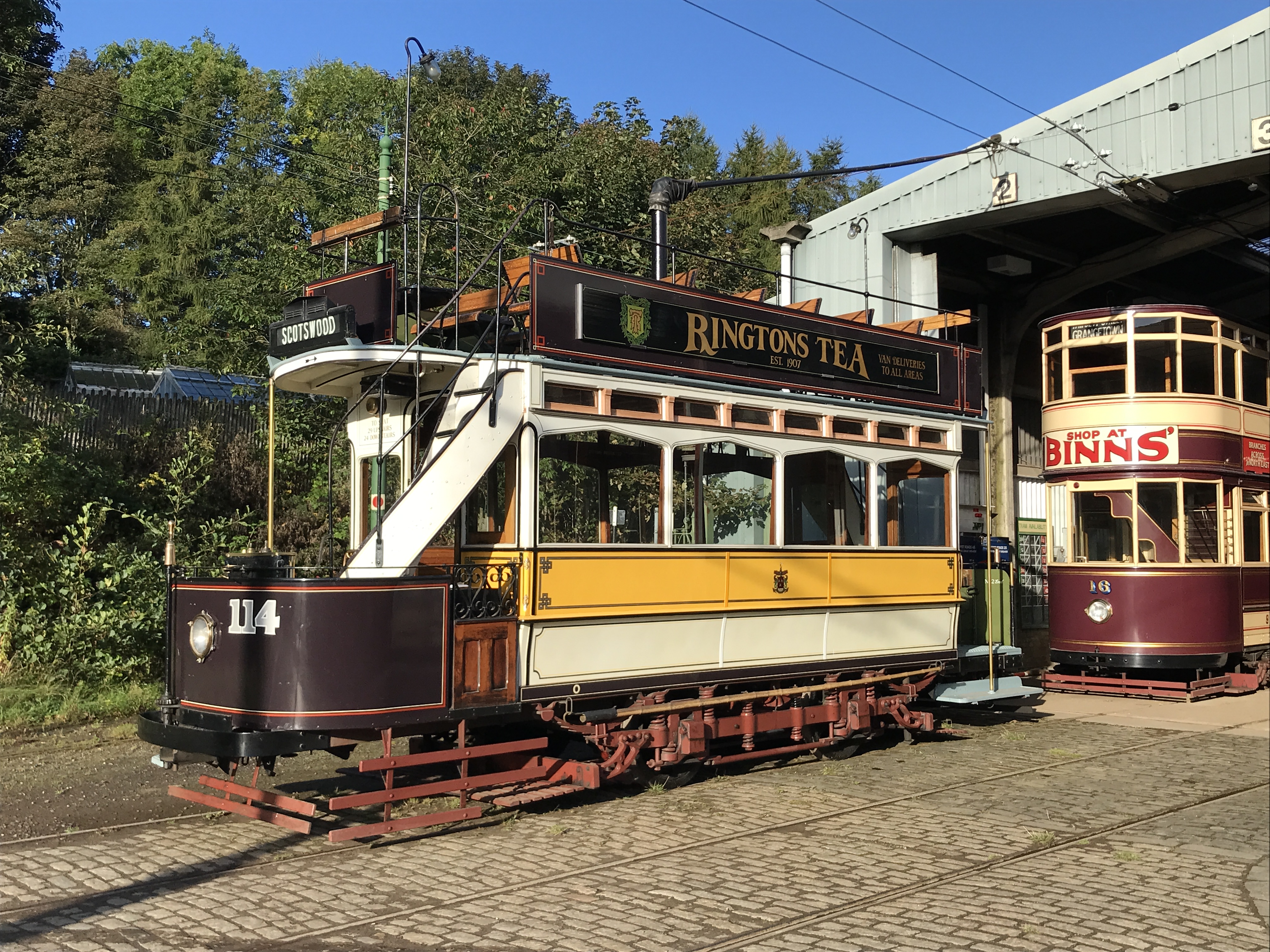 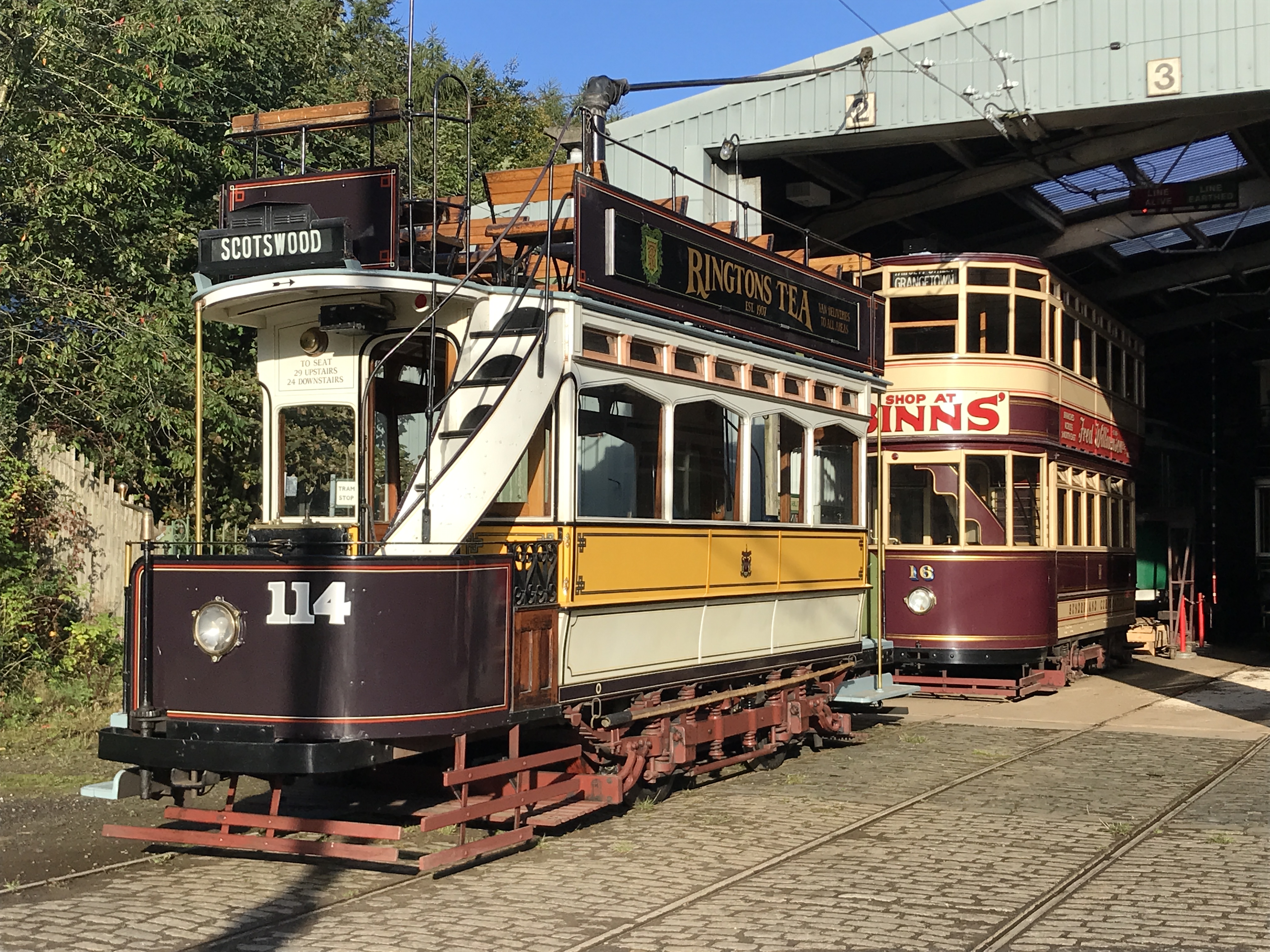 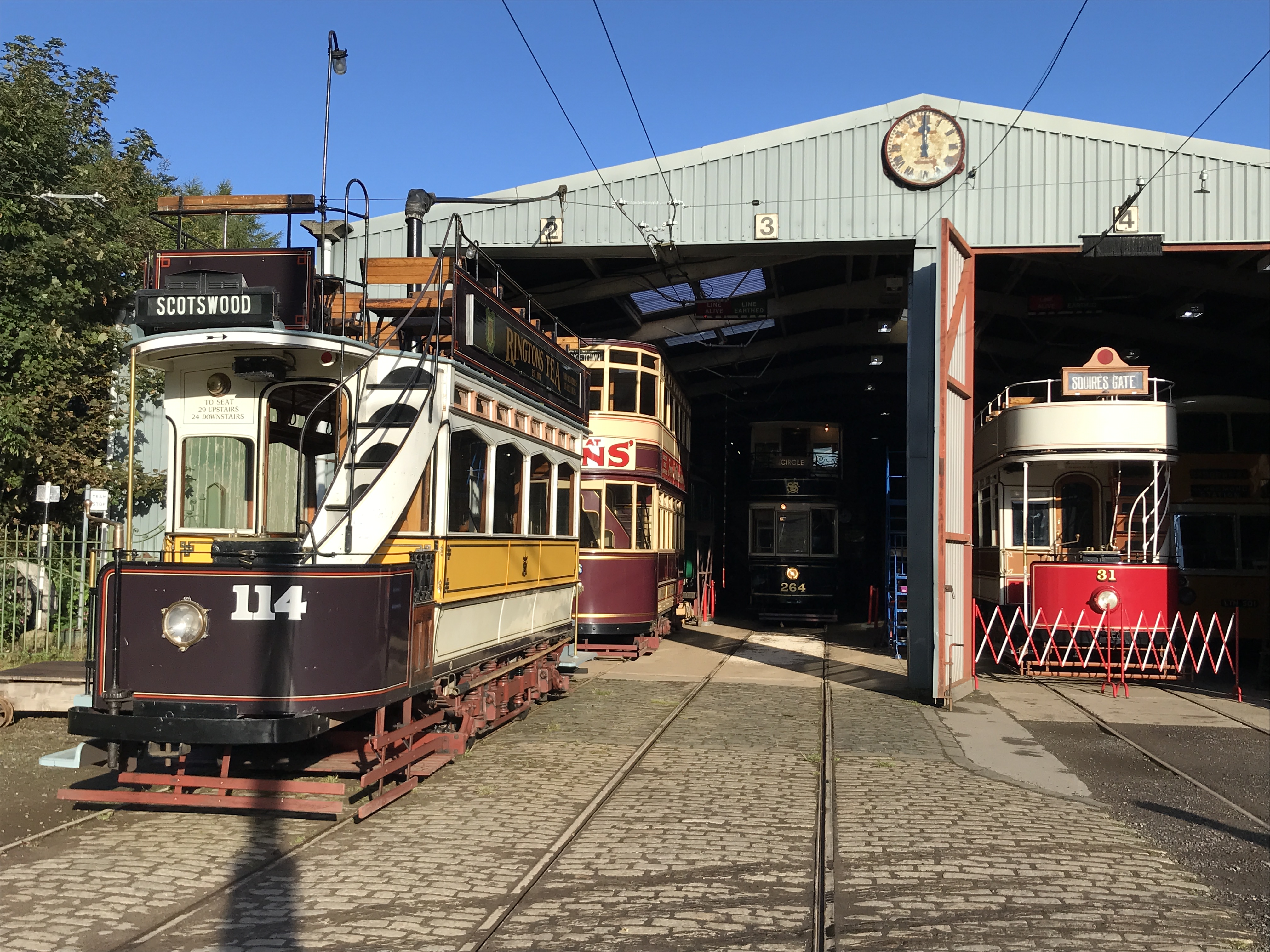 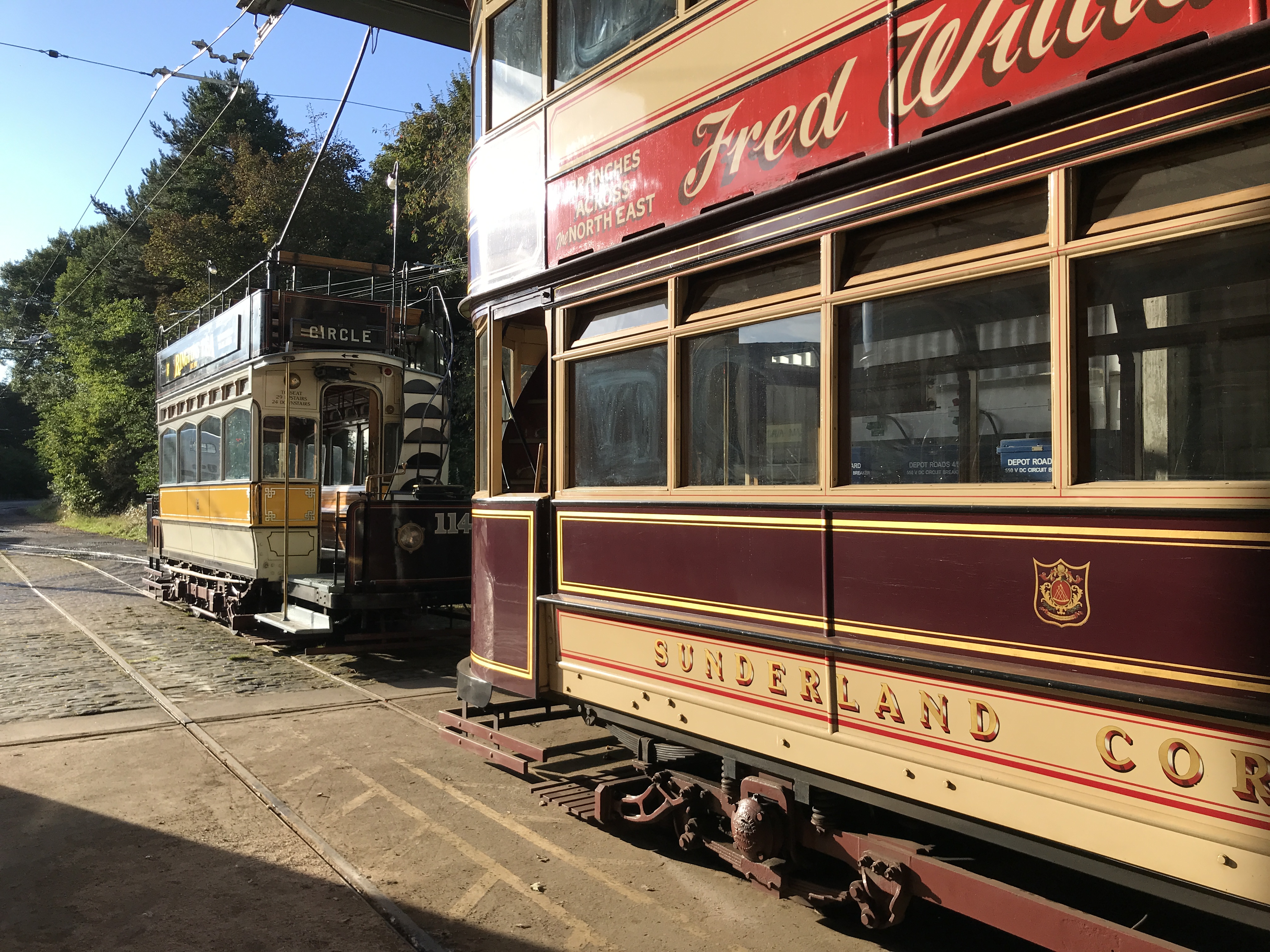