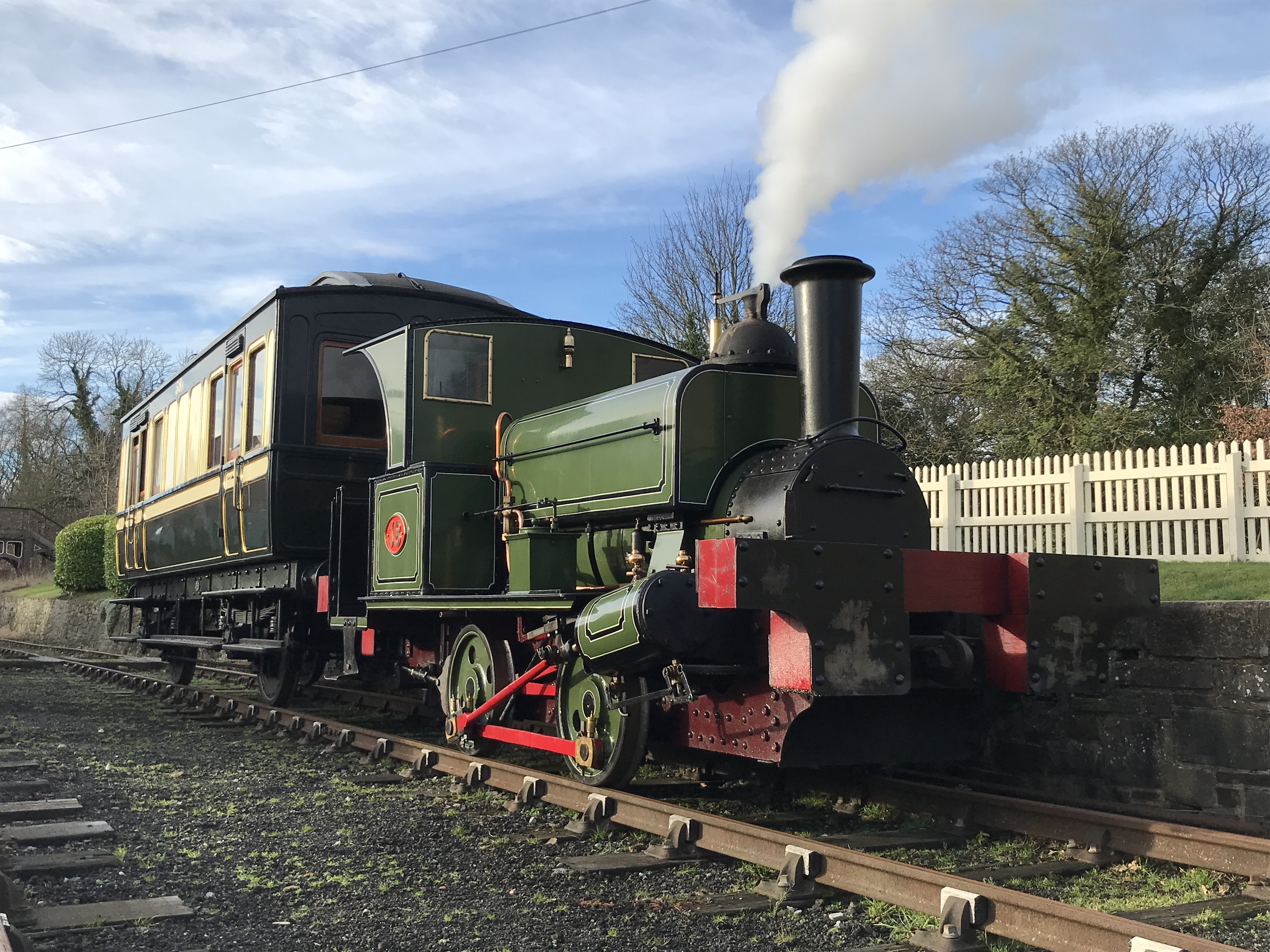 Happy New Year and welcome to a the first blog post of 2022 (if we exclude the review of 2021, which was started last year but finished yesterday!).

Today marked quite a sad day, with the last steaming of Seaham Harbour No.18, better known as ‘the Lewin’ in its current period of operation.  The boiler tickets last 14 months, the ‘ten year’ can be a misnomer – it is ten years, before a full external (and out of the frames) inspection is carried out and which will usually be the point at which retubing and any structural repairs are made.  No.18 has now reached the end of both.  The purpose for steaming it was to carry out the shunting associated with restoring stock to its usual home, following the Christmas festival (where a number of items were relocated to create grottos, including the Duke of Sutherland’s saloon, 58A).  Because of this, it is easier to carry it out on a closed day, but I admit it has deprived visitors of seeing one more day of 18 in steam.

Below: No.18 raises steam this morning.  It was relocated to Rowley Station in order to shunt rolling stock that needed moving for the Christmas festival – we hand-shunted 58A last year and were not keen to repeat the experience! 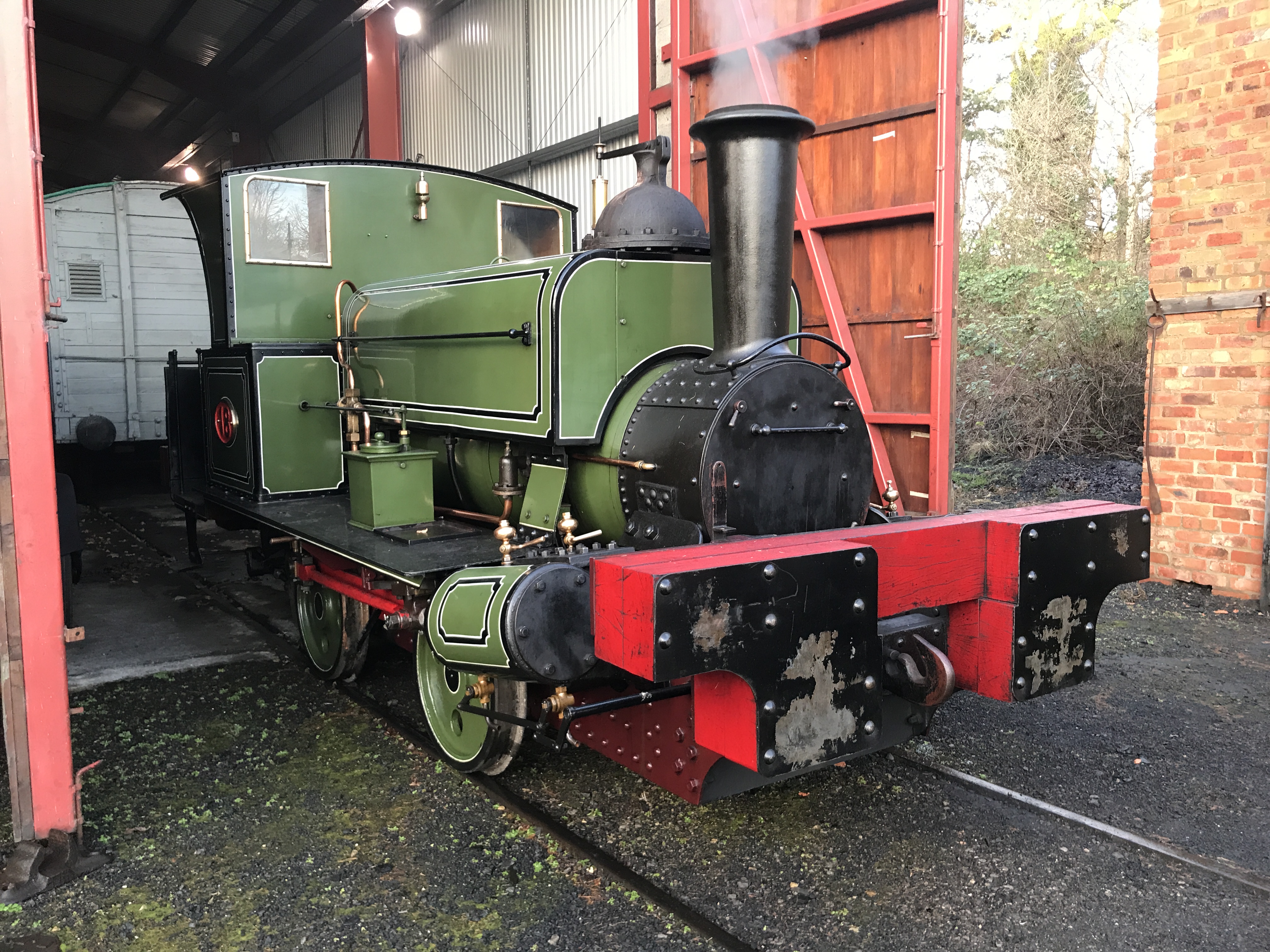 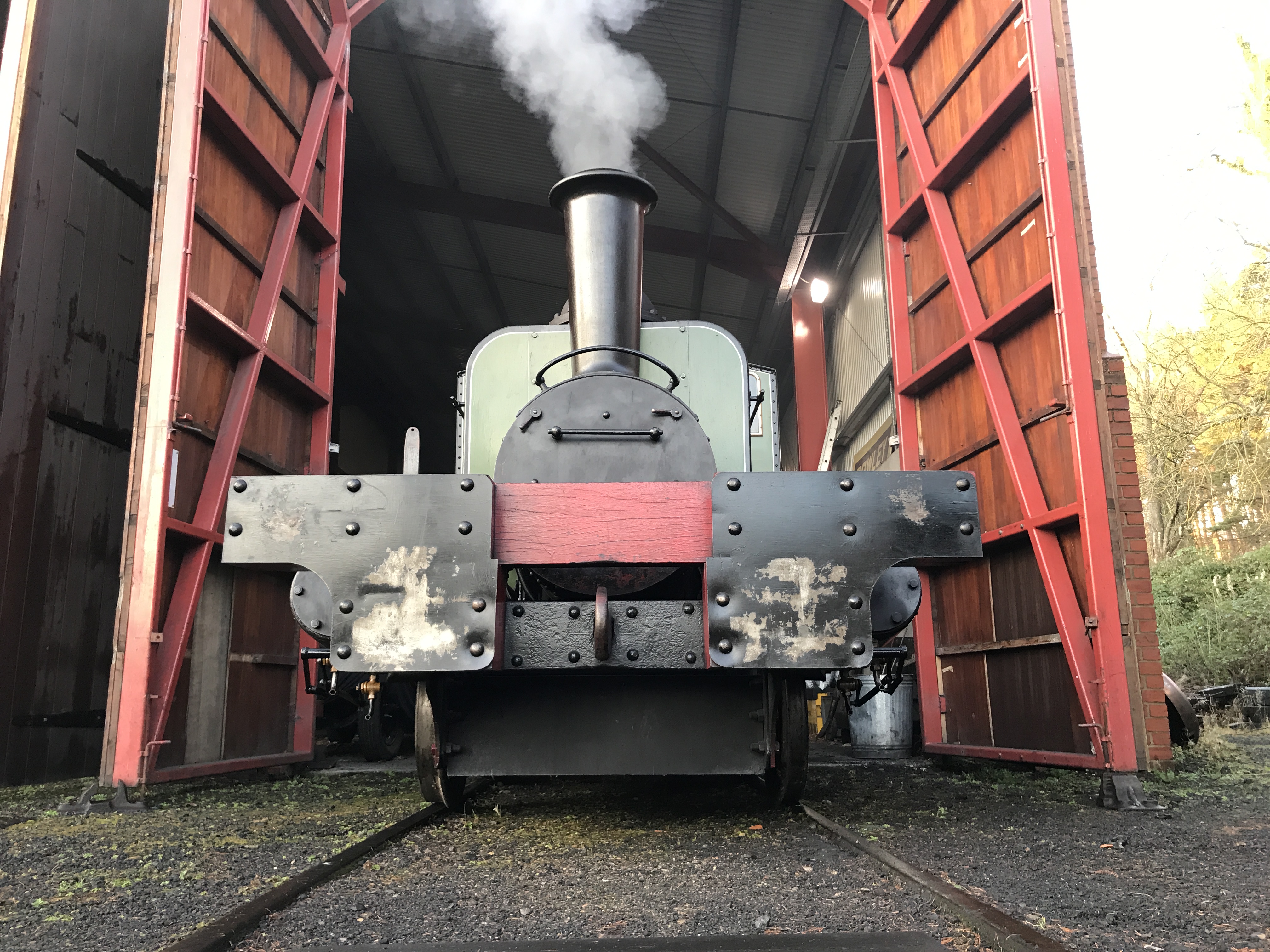 Below: Proof that engines cannot read! 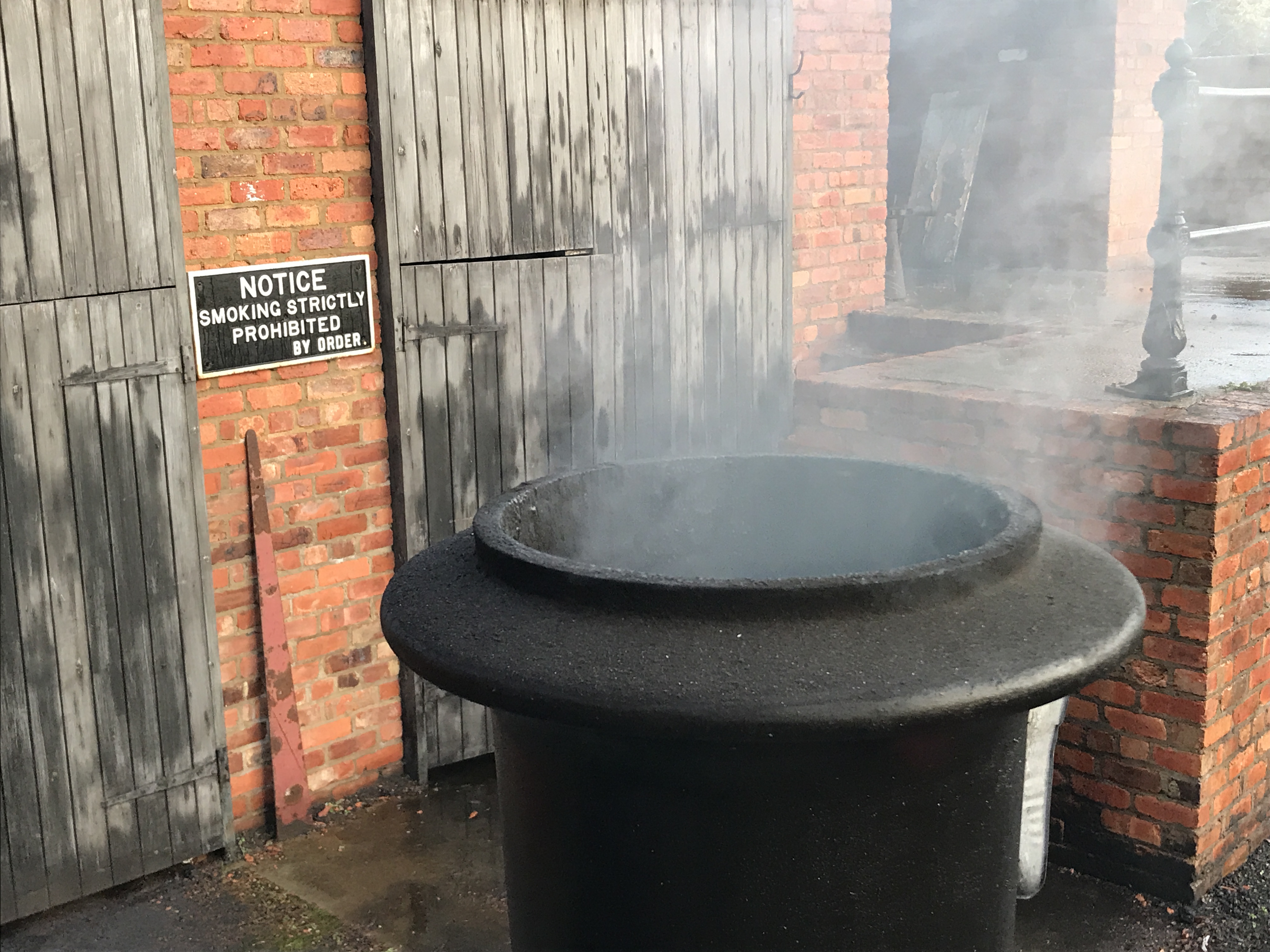 Below: The first part of the shunt was to extract the NER Tranship van from the RMS and move it to the loop road opposite the station. 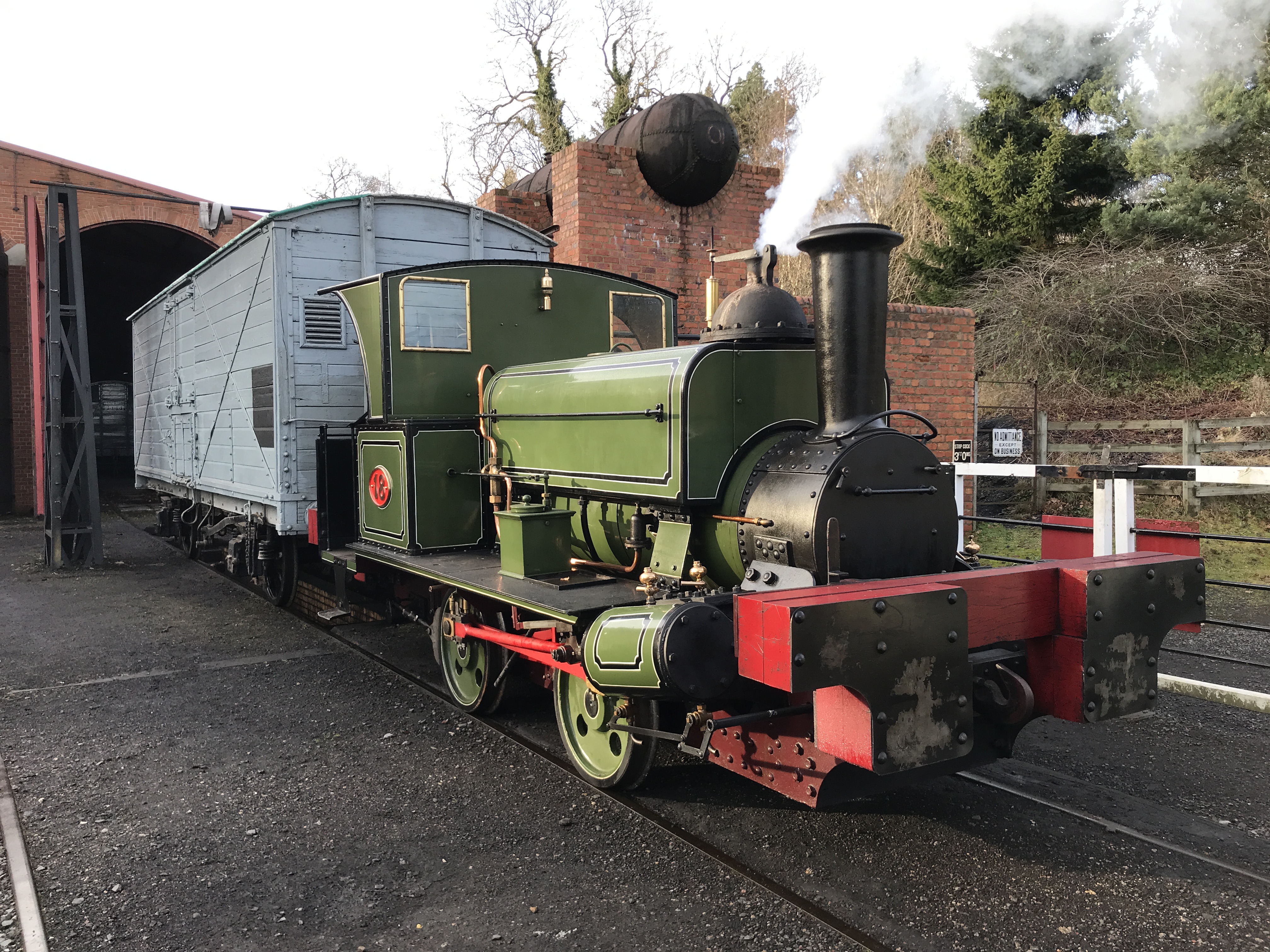 Below: Once the Tranship van was stabled, the Duke of Sutherland saloon was removed from the goods shed (where it had been performing the function of Santa’s Grotto – this time undercover) and placed back in the RMS – but first we carried out a few run-bys so that I could take some photographs of this unlikely pairing! 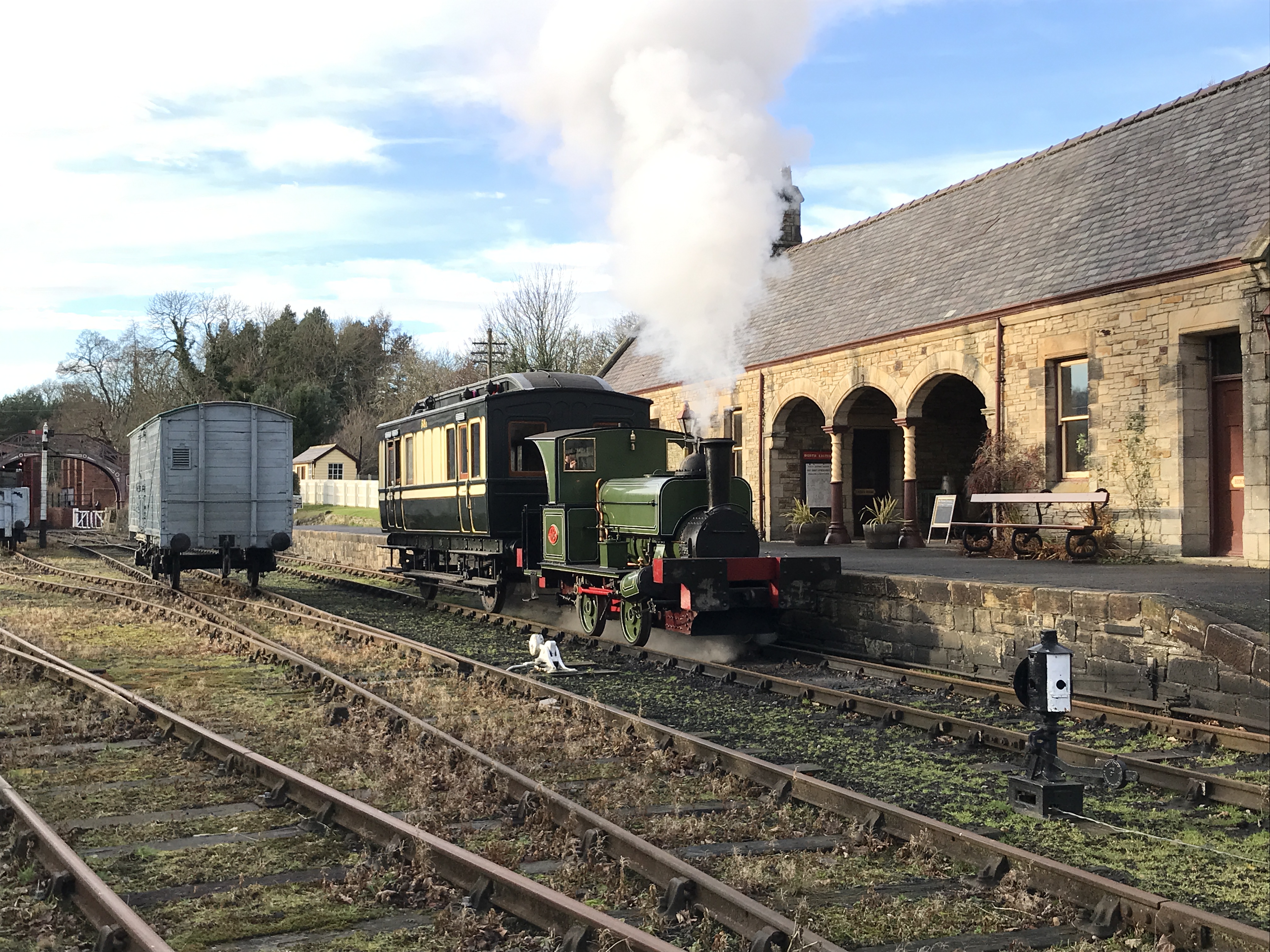 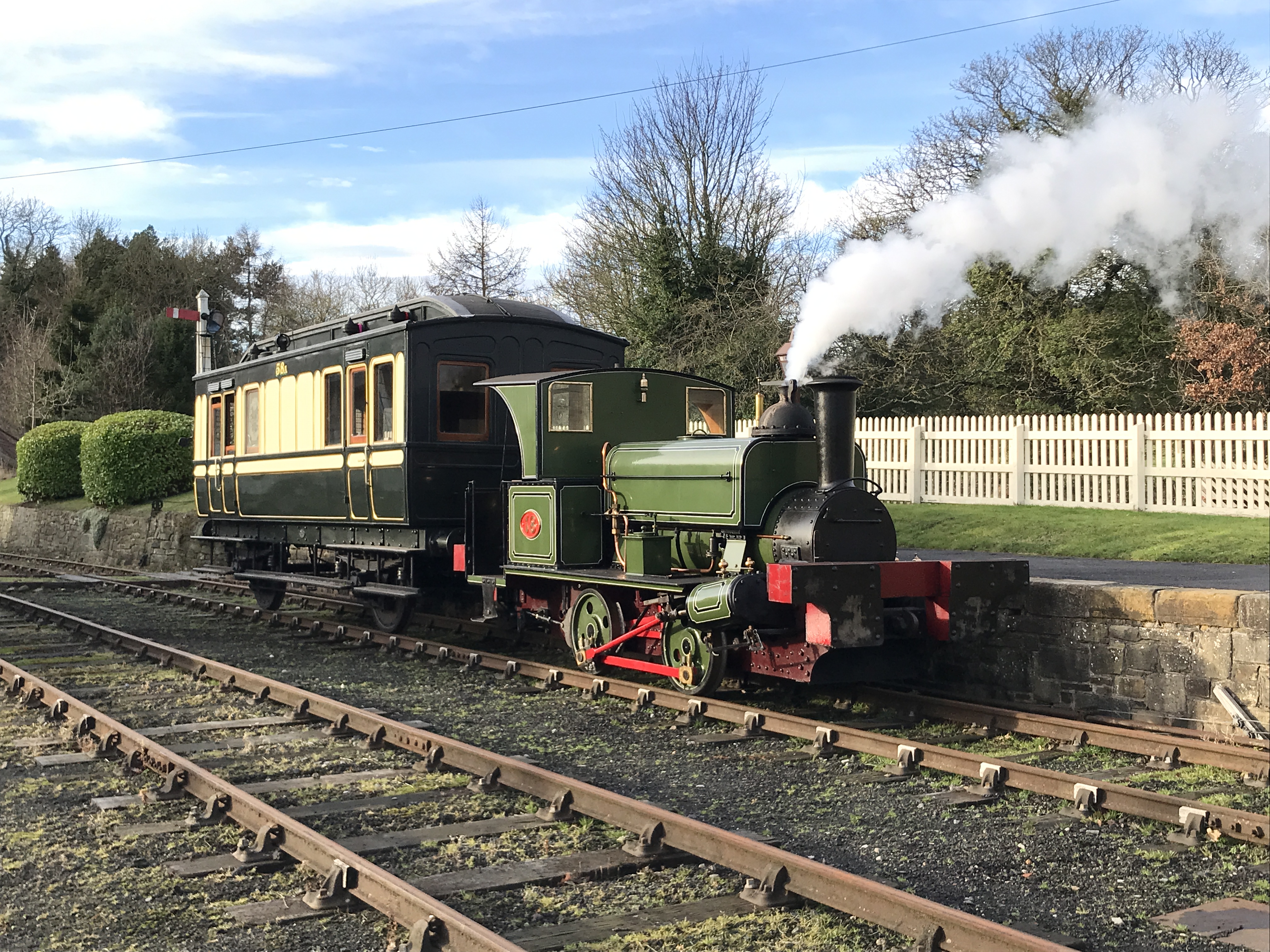 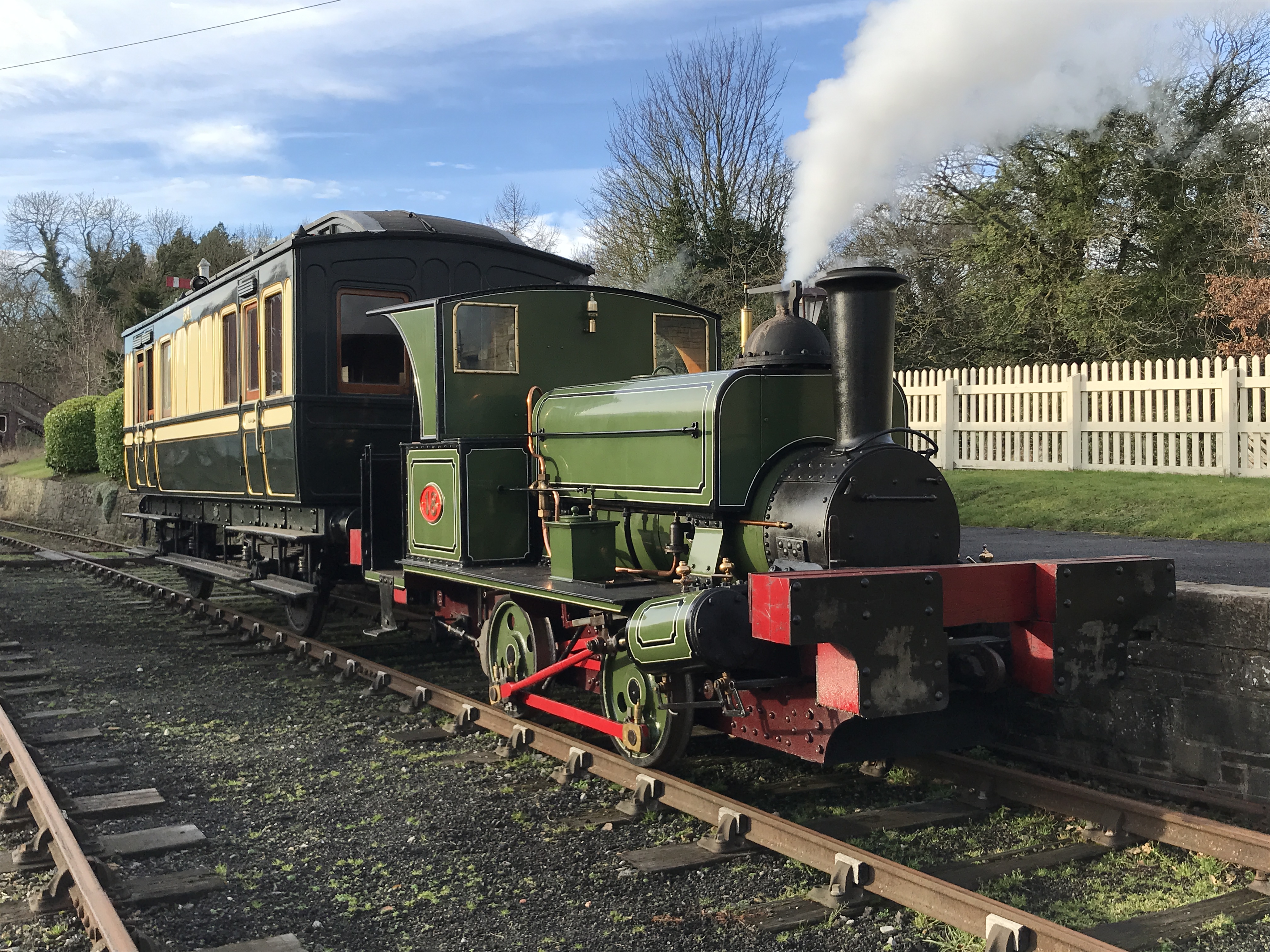 Below: Once the Tranship van had been placed into the goods shed, we carried out a trip along the whole line then returned to shed to dispose of No.18 for the last time.  This included a blow-down, emptying the tank (leaving the lid off so that the warmth from the boiler will dry it out) and bunker (which will be used to store firebars when these and the ashpan are removed). 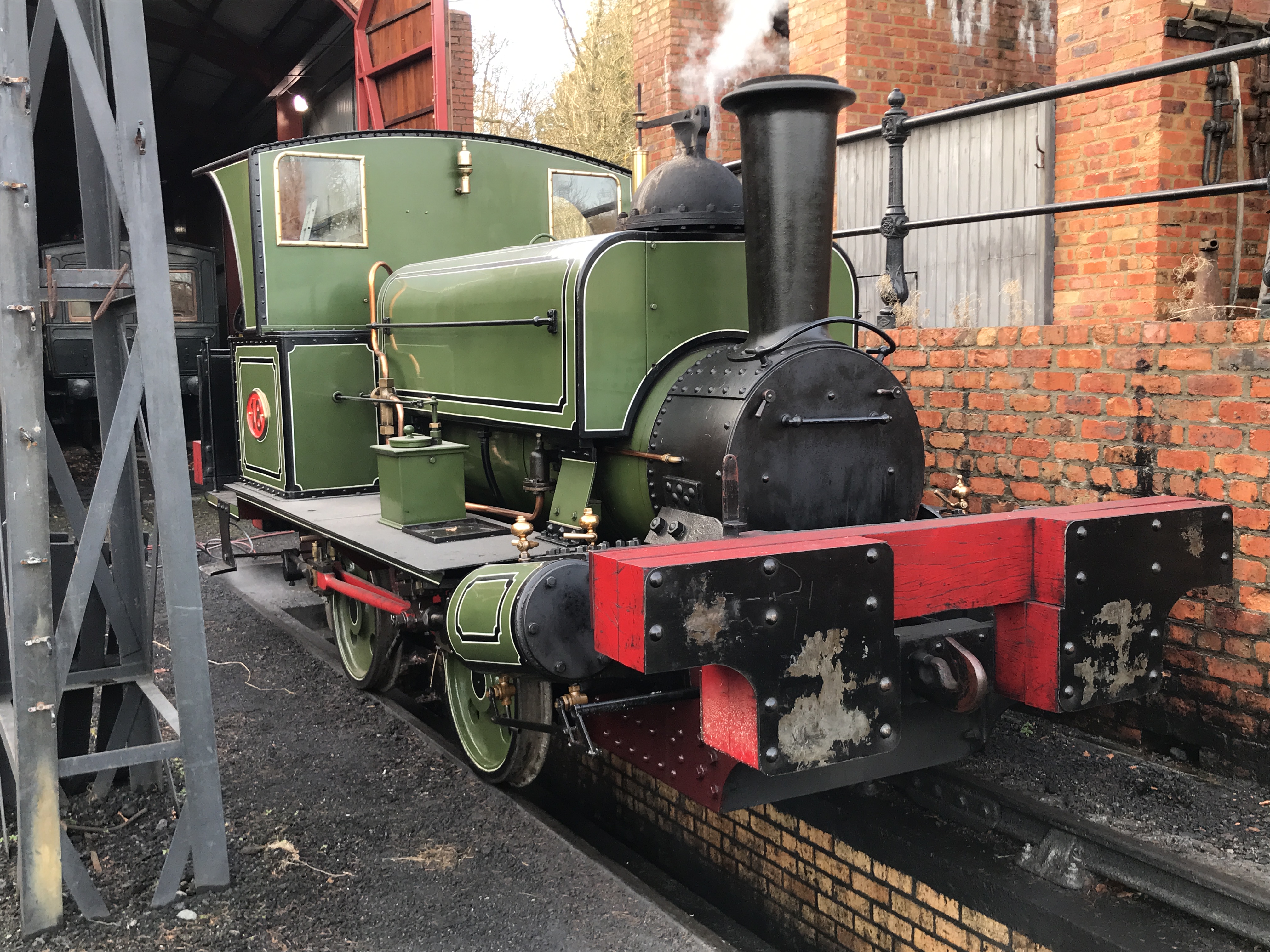 So, what next for No.18?  We have a very congested maintenance/overhaul programme over the next few years, but I am very keen to see 18 return to steam as it is a key component in the engagement we carry out on the Colliery Railway.  As a starting point we will leave it in the RMS and the team will remove the fittings and ashpan etc. in readiness for an inspection of the boiler.  We hope to remove the tubes to facilitate a thorough inspection.  If the results of this are favourable, we might look at finding a window in the programme to carry out a retube, returning to the (then working) loco a following winter in order to carry out a mechanical overhaul.

It can be lifted on the tram jacks so could be a temporary resident in the tram depot/workshop at some point in the future.  We also have some work to carry out to improve the steam pipes and restore the original regulator.  There is a hydrostatic lubricator on the shelf (ex Dunrobin’s air pump) that we would like to fit as well.  Some cosmetic work is also needed and some bits and pieces need repainting or re-varnishing.  As for when all of this will take place – probably best not commit to a date, but it would certainly be nice not to leave it too long!