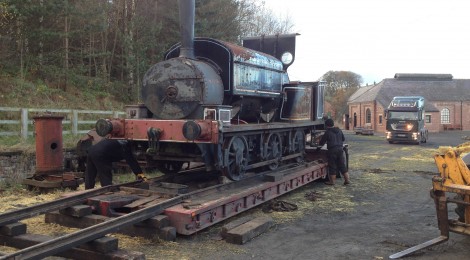 In anticipation of the arrival of a new locomotive in coming weeks and the forthcoming Christmas Festival at the Waggonway, we’ve been carrying out something of a shunt and reorganisation around the Colliery.  This has placed Newcastle under cover in the new Engine Shed, along with No.17 and Locomotion No.1 (which is temporarily deposed from the Waggonway for Christmas).  The shunt began on Sunday, with engines placed in position for movement the very short distance by low-loader to the new shed, with the movements themselves taking place on Wednesday and Thursday this week.  Here is the sequence in photographs…

Below: The first step to getting Newcastle under cover was to shunt Malleable (No.5) clear.  No.18 carried out the shunting and proved very much up to the task (though dry rails probably helped!).  After this, Newcastle was prepared and then moved clear by No.18.  Meanwhile, No.1 (Coffee Pot) shunted its Head Wrightson brethren No.17 up to the loading point, as this was to be first on the low-loader. 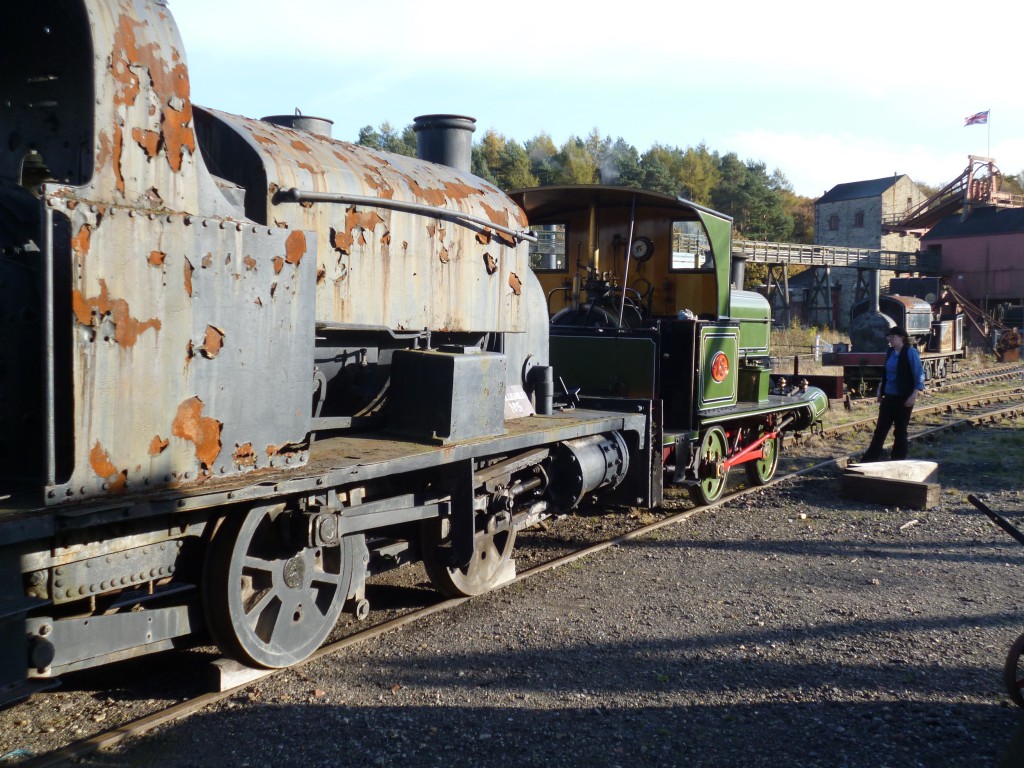 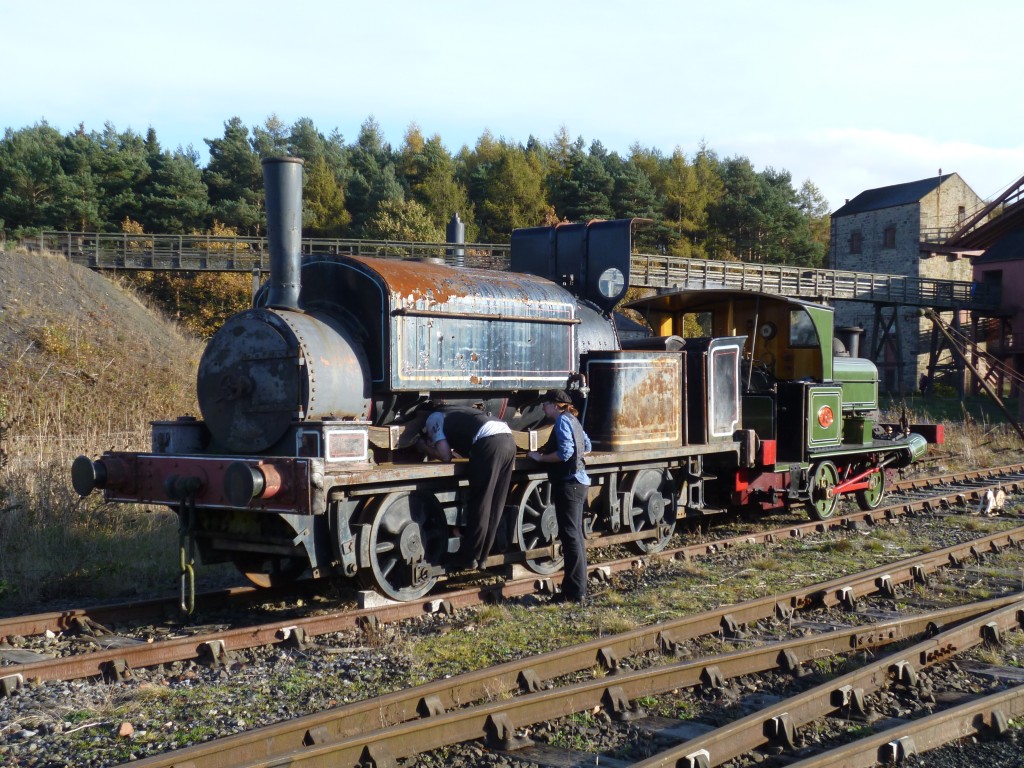 Below: While Matt blew down No.18’s boiler at the end of the shift, this silhouette of No.5 was possible. Malleable is long overdue some cosmetic attention to its appearance and this is something we will look at in 2015. 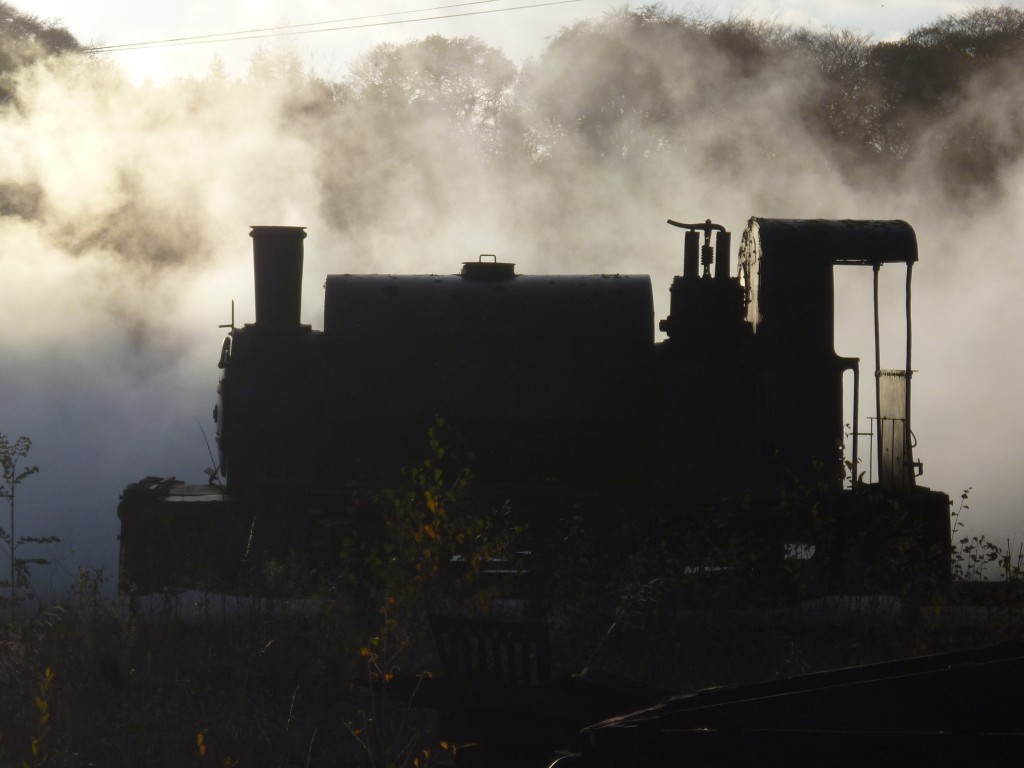 Below: The interior of the new engine shed, as you’ll never see it again – empty!  Future work will see the floor levelled and a visitor area created in order to view the locomotives stored inside. 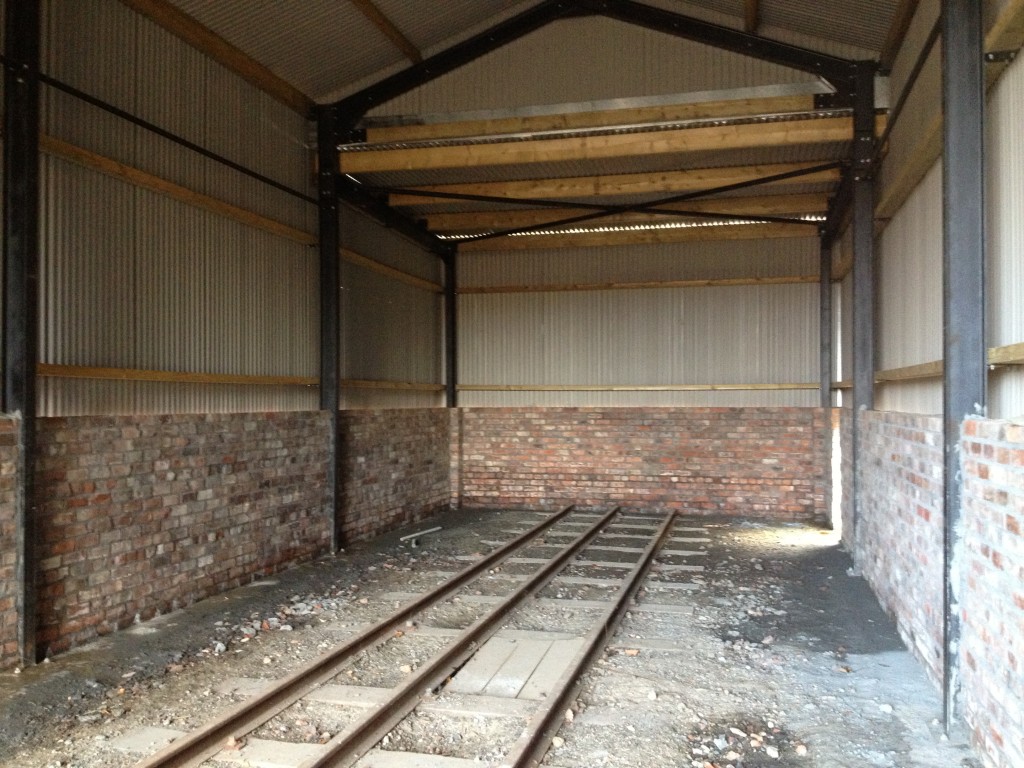 Below: Wednesday morning and No.17 is loaded and ready to move.  It is then seen at the top of a long ramp to reach the new shed. 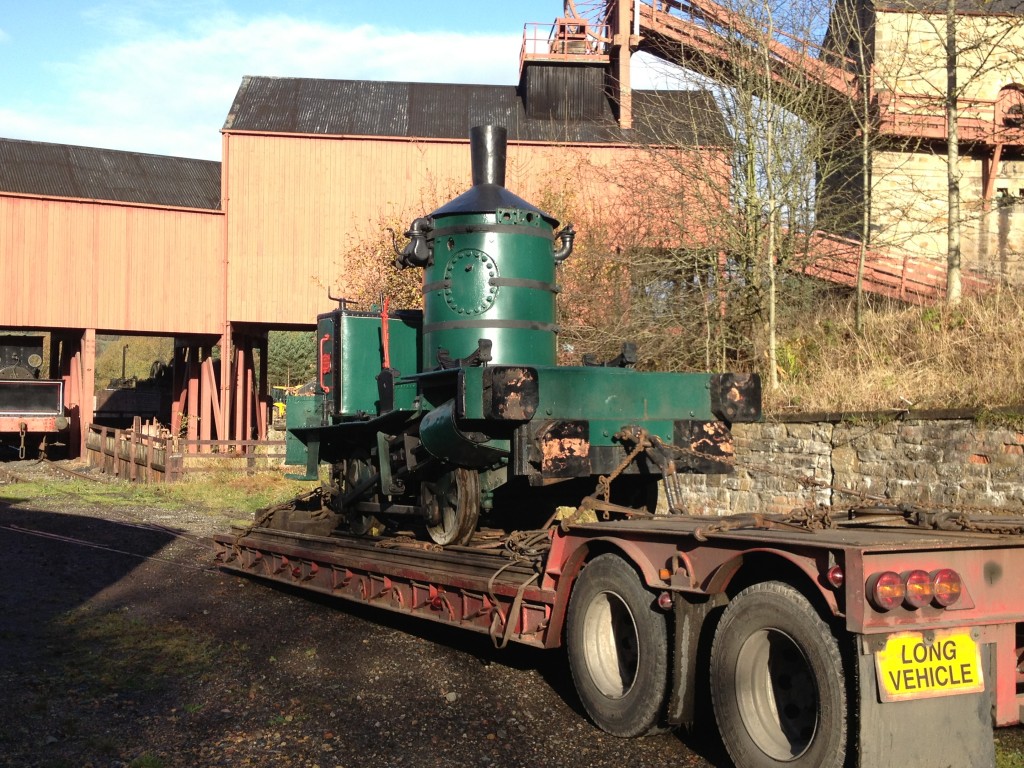 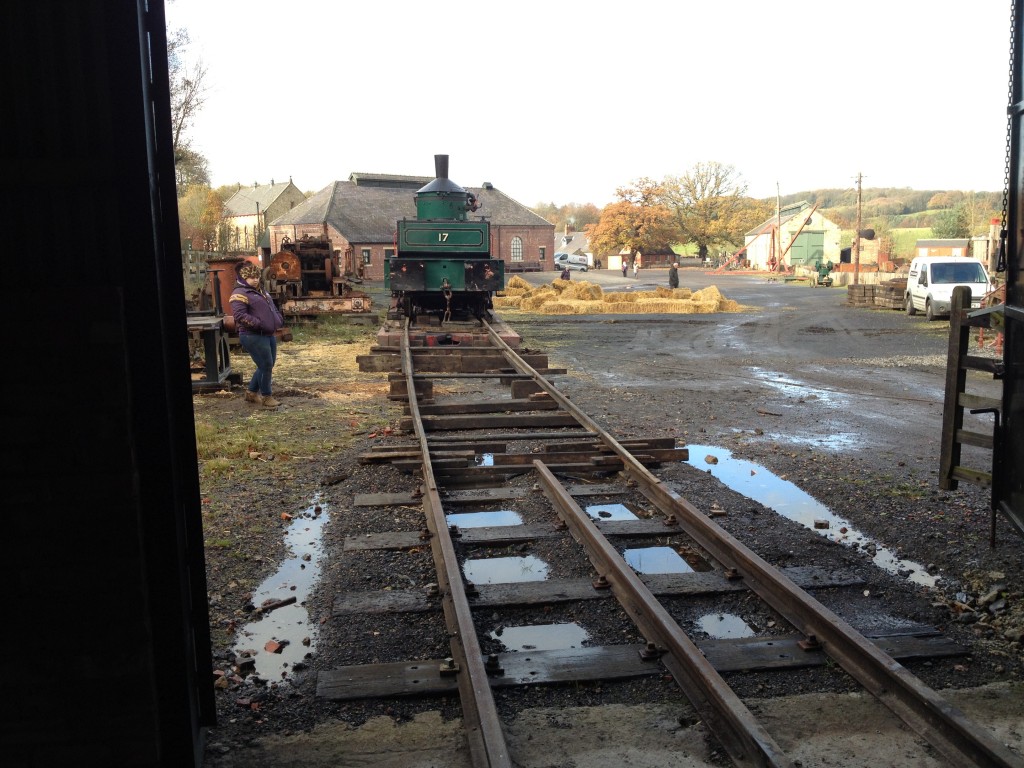 Below: Newcastle followed next.  We are keen to keep it in the fairly sound condition it was purchased in, as in due course it will be restored as the second Rowley engine – spare to Dunrobin and also covering maintenance and washout periods. 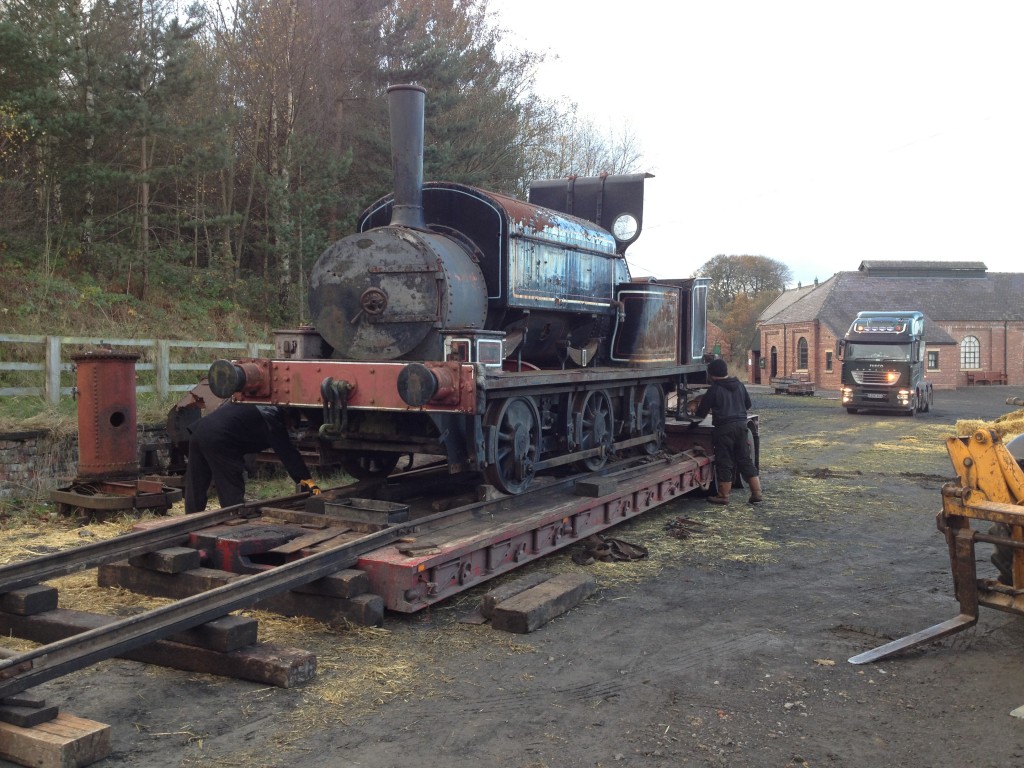 Below: Newcastle and No.17 inside the shed.  The winter programme of track works should see the turnout that will access this building installed, with the fairly lengthy siding across the Pit Yard to follow next winter.  This will then give us more operational flexibility and a new loading area uninhibited by height restrictions – the present one restricting the size of visiting locomotives where they must first pass underneath the Screens building. 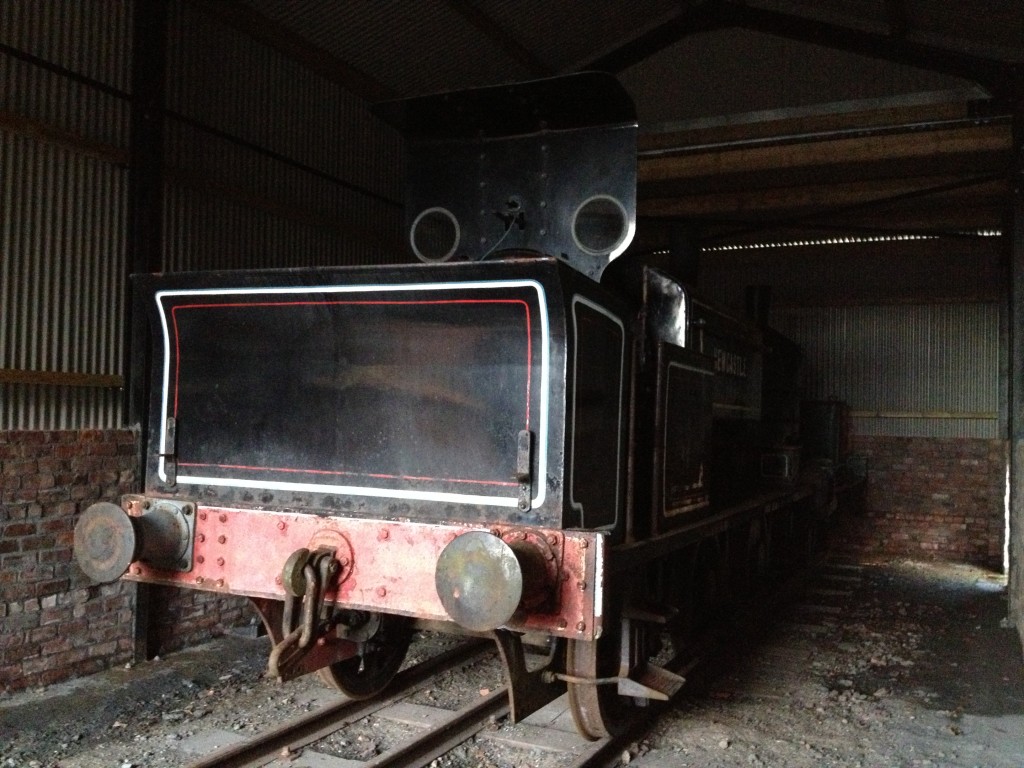 Below: Finally, Locomotion No.1 was moved from the Waggonway – a temporary exile as the space it occupies in the Great Shed is required for the Christmas Festival activities and it was this fact and the need for an annual movement and retention of the locomotive indoors (Steam Elephant and Puffing Billy can be compressed to fit inside the Great Shed out of the way as well as being the winter operational locomotives there) that justified the construction of this new shed (known as the Colliery Engine Shed, as opposed to the Colliery Engine Works) in the first place. 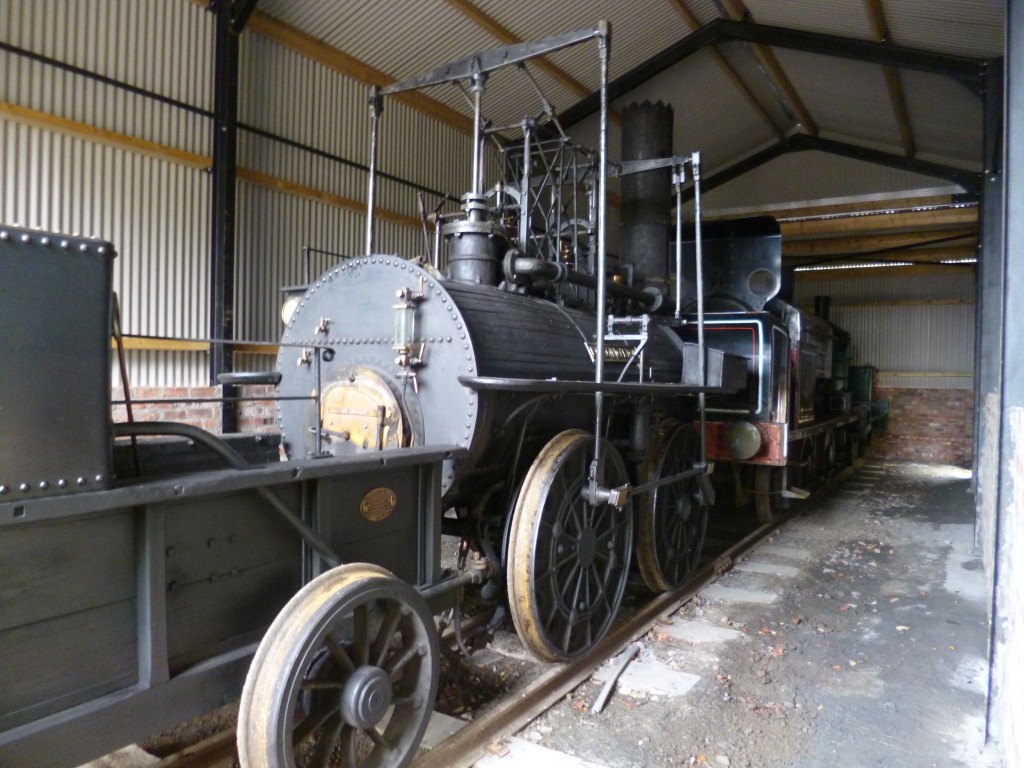 So, what is it that is coming?

For some time we have been in negotiations with the National Trust over the long-term loan of their 1879 built Robert Stephenson & Co locomotive No.2309 ‘Haydock’.  The engine is an 0-6-0T and was built in the Newcastle Forth Street works, seeing use in a number of locations including as a contractors locomotive working on works to develop the North Eastern Railway at Bolton Percy in around 1903.  It is best known, however, for its long service with Richard Evans & Co Ltd (and their successor, the NCB) at the Haydock Foundry near St Helens, moving coal from the company collieries and also the Manchester Ship Canal at their own wharf at Acton Grange near Warrington.  It was presented to the Penrhyn Castle Industrial Railway Museum in 1966, moving there on the 12th September.  Since then it has been on static display both outside and latterly inside the museum located in the former stables at the castle in North Wales.  Late in its life it probably received a boiler transplant (from a sister locomotive?), as it now features Ramsbottom safety valves in place of the original Salter spring balance type.  It also has what appear to be replacement tanks, of square profile and lacking the graceful curved top edges of the original Stephenson ones – as still fitted to Twizell (which is on loan from Beamish to the Tanfield Railway and is part of the operational fleet there).

Haydock will be displayed inside the Colliery Engine Works, and in due course will take the place of the narrow gauge locomotives Ogwen and Glyder as their loan and period on display there reaches its conclusion (though we hope to retain Glyder on display for a little while beyond this) next year.  It is very good to have reached the conclusion of  a lengthy period of development of the idea and to see a north east locomotive return to the region.  The loan agreed is a lengthy one, and the engine is set to move in the coming weeks, its extraction being no easy matter.  You will, of course, find more news on this once it arrives…

For now, here is a photo of Haydock on display at Penrhyn Castle about four years ago.  Its space is required for other projects being undertaken in the museum and which can be found on the castle’s website. 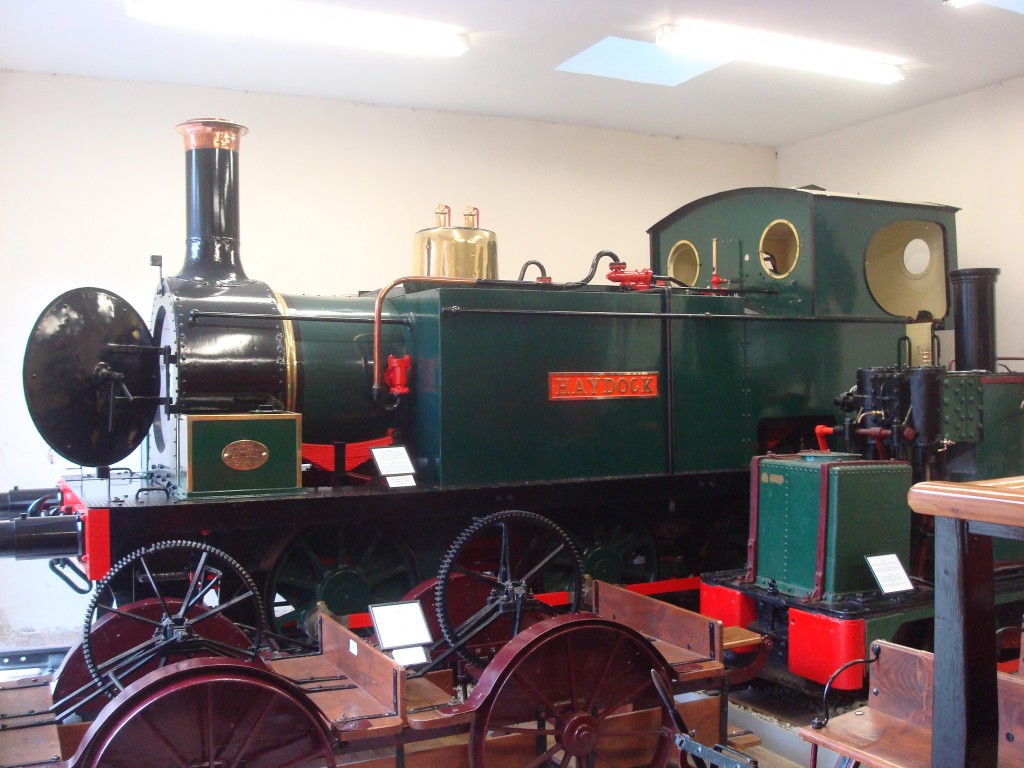