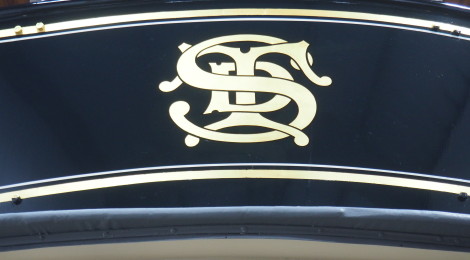 Another busy week has been and gone and Easter weekend presents an opportunity for progress on a number of fronts away from the distraction/temptation of the desk!

As well as the work below, we’ve had a push to tidy the Pit Yard railway area, clearing rubbish, old building materials, litter and other unwanted materials in order to prepare it both for public access but also improve the view into the area.

Below: The track team, consisting of Darren, Mark and Callum with John assisting to make up two pairs, have been pushing forward the narrow gauge development at a rapid pace, ahead of the Great North Festival of Transport.  They have also had track inspections on the Tramway and at Rowley Station to complete plus assisted Bob with making temporary repairs to the Pit Village street ahead of the holiday period.

The sinuous (and very pleasing) nature of the steep climb from Pockerley up to the Pit Yard can clearly be appreciated in these views.  The Pit Yard area will be opened up to visitors as part of the development work and there should be a very good vantage point of trains climbing towards it from two directions.  Having a triangle will create operational interest plus give footplate passengers a longer ride when we are offering trips.  It also saves the problem of which way around to unload visiting stock!  Challenging for crews though, maintaining their water level without priming… 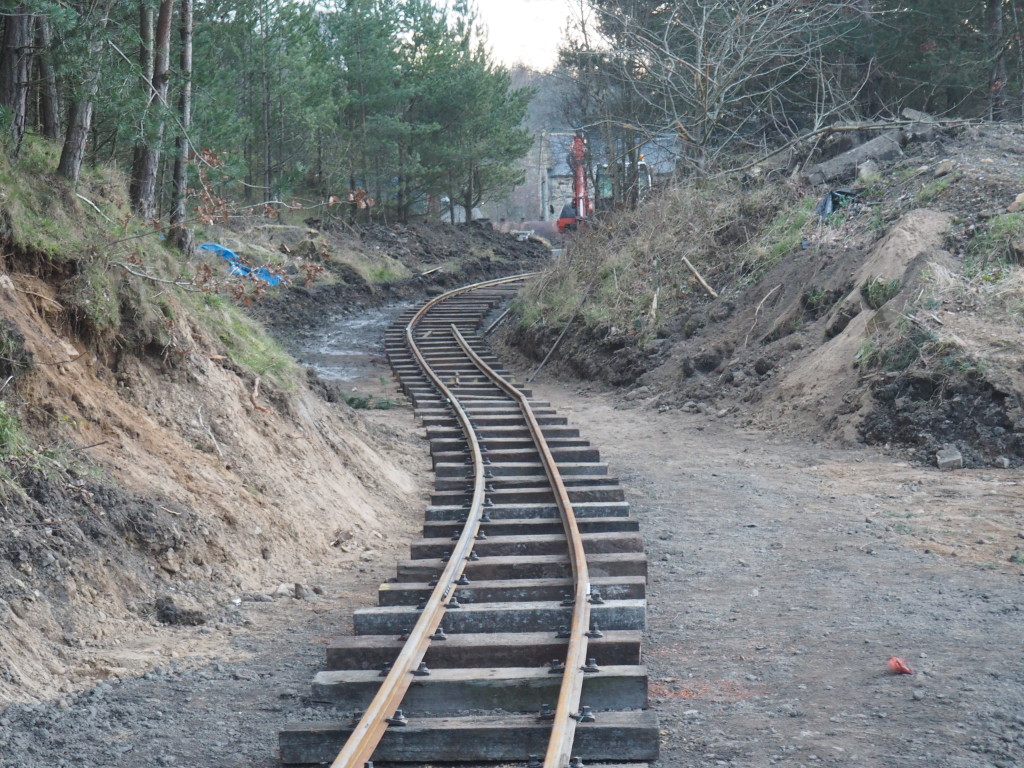 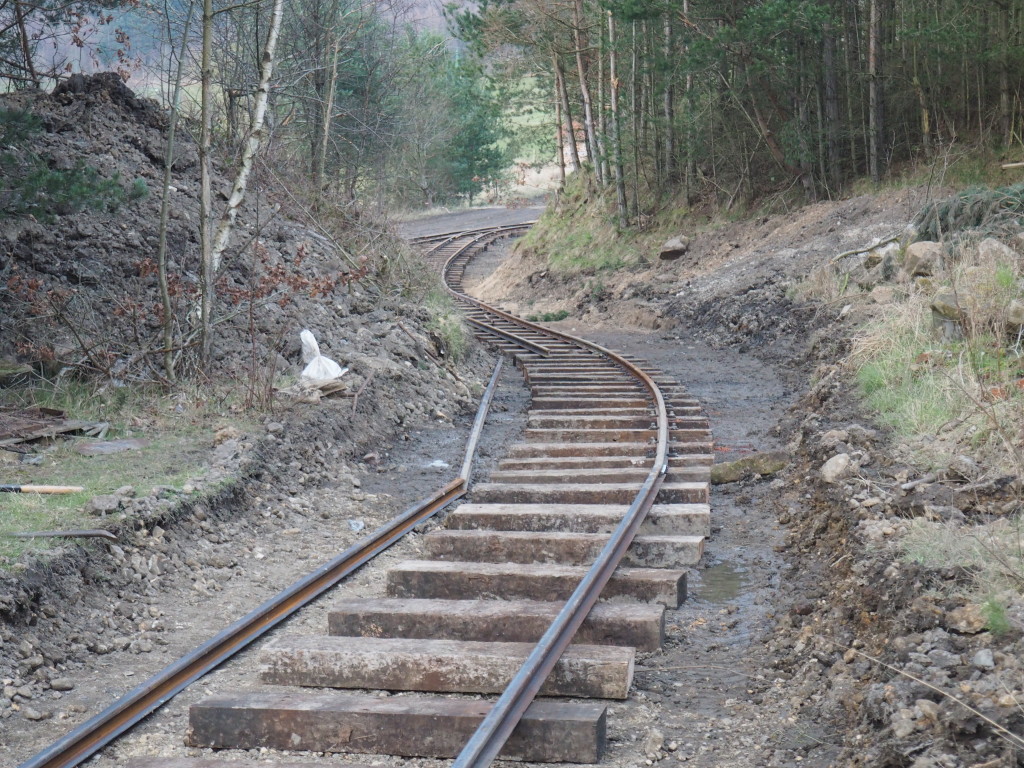 Below: The final curve into the yard – in early stages but it will be something to be reckoned with! 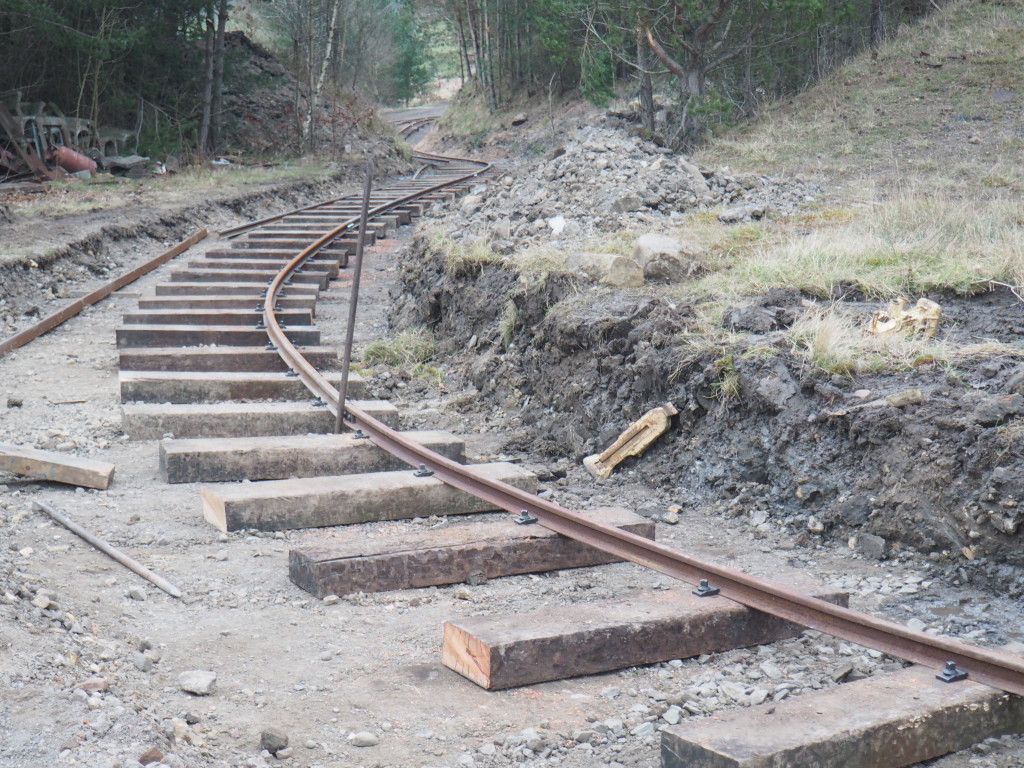 Below: Great effort is being made, largely by Matt E, to complete the restoration of the Ffestiniog Railway Granite waggon.  He is seen here building up the top rails with weld before these were dressed back and painted. 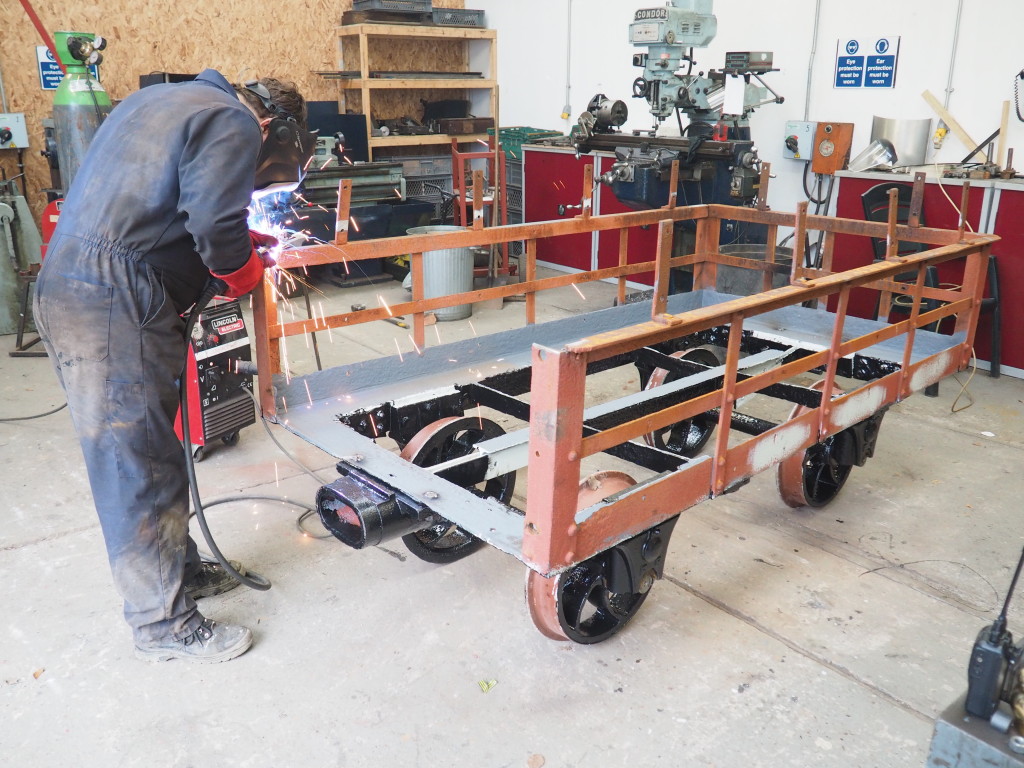 Below: The waggon is wheeled, largely primed and undercoated and the floor has been prepared for fitting.  The interior of these slate waggon conversions was boarded, and the boards have been delivered, planed and await staining, drilling and fitting.  The push is to complete the waggon in time for the event in less than two-weeks… 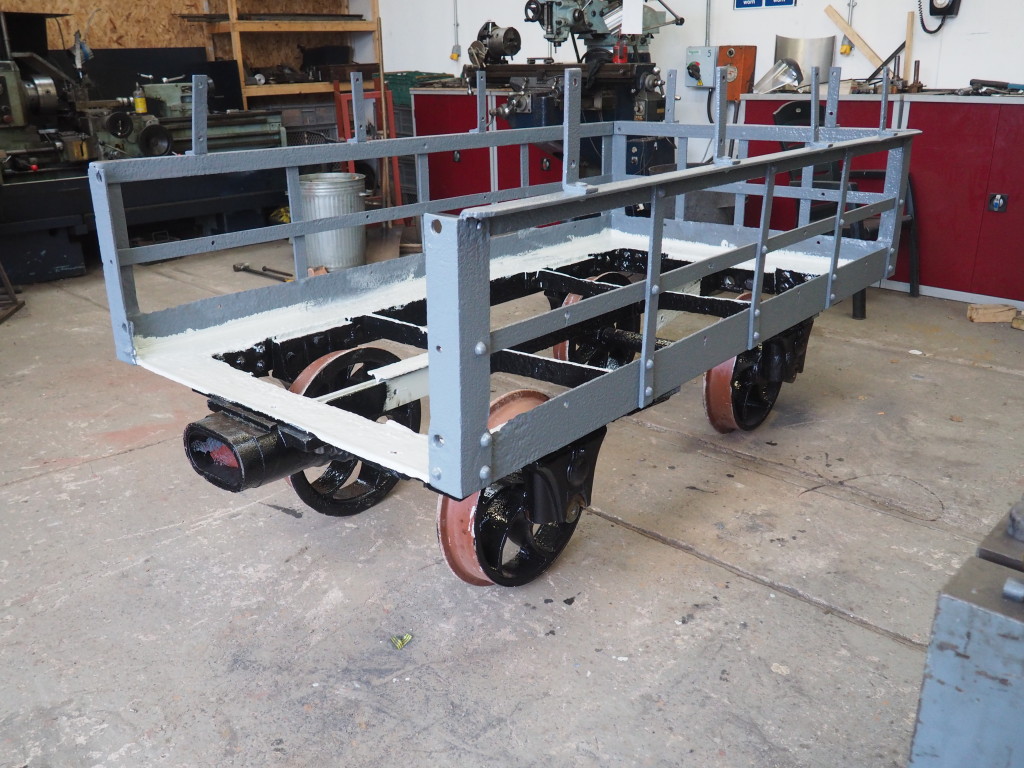 Below: By Saturday evening Matt had cut the timbers to fit, attached the door and progressed the paintwork.  Another hoped for debutant at the GWSF! 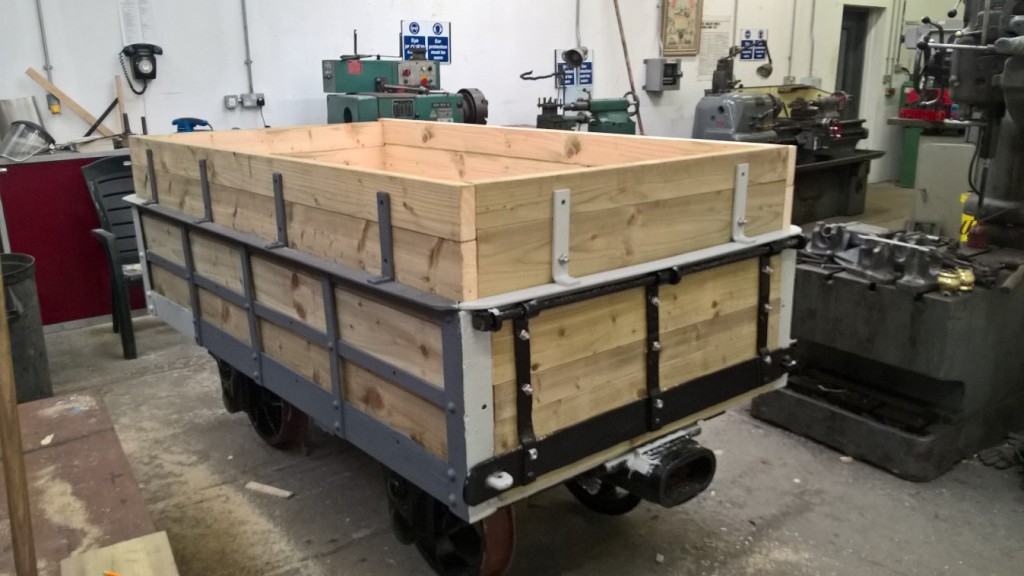 Below: Samson is now being painted, with the boiler cladding entering a ‘sterile’ tent for this work to take place.  Once in its green state, it will be re-fitted to the locomotive, before the whole engine is placed in the tent for varnishing and lining.  The white patches are filler.  Again an appearance at the GWSF is planned (in steam but not yet hauling trains)… 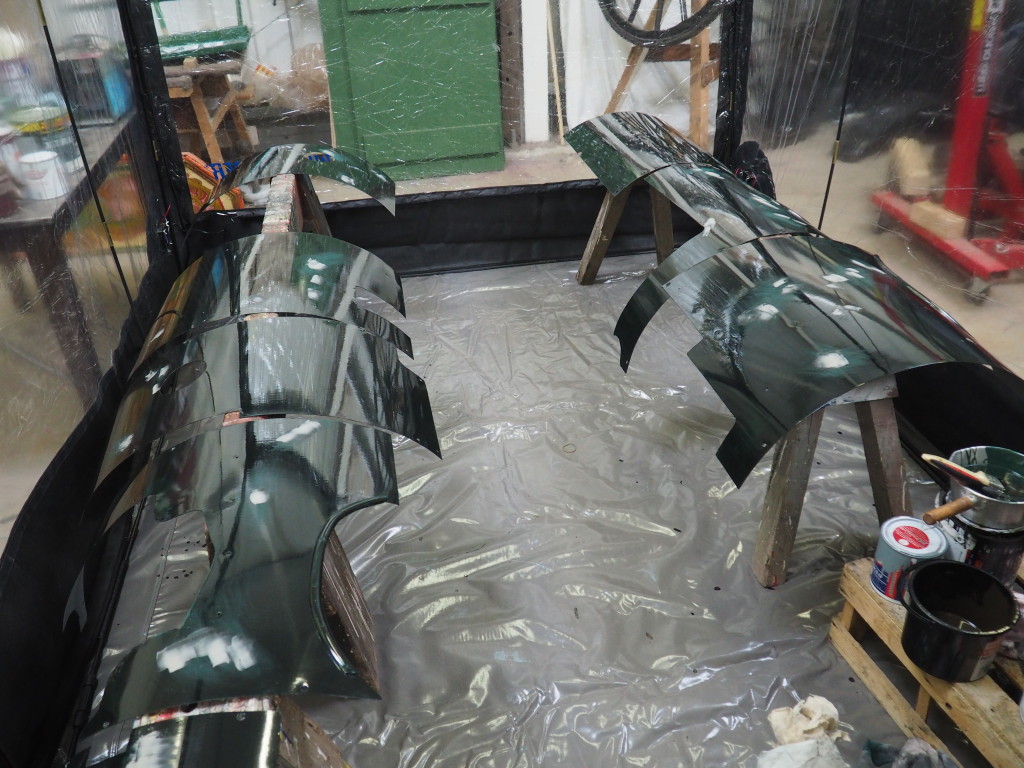 Below: The bunkers are also receiving attention – being amongst the first items painted, they are receiving a brush-up in readiness for installation on the locomotive. 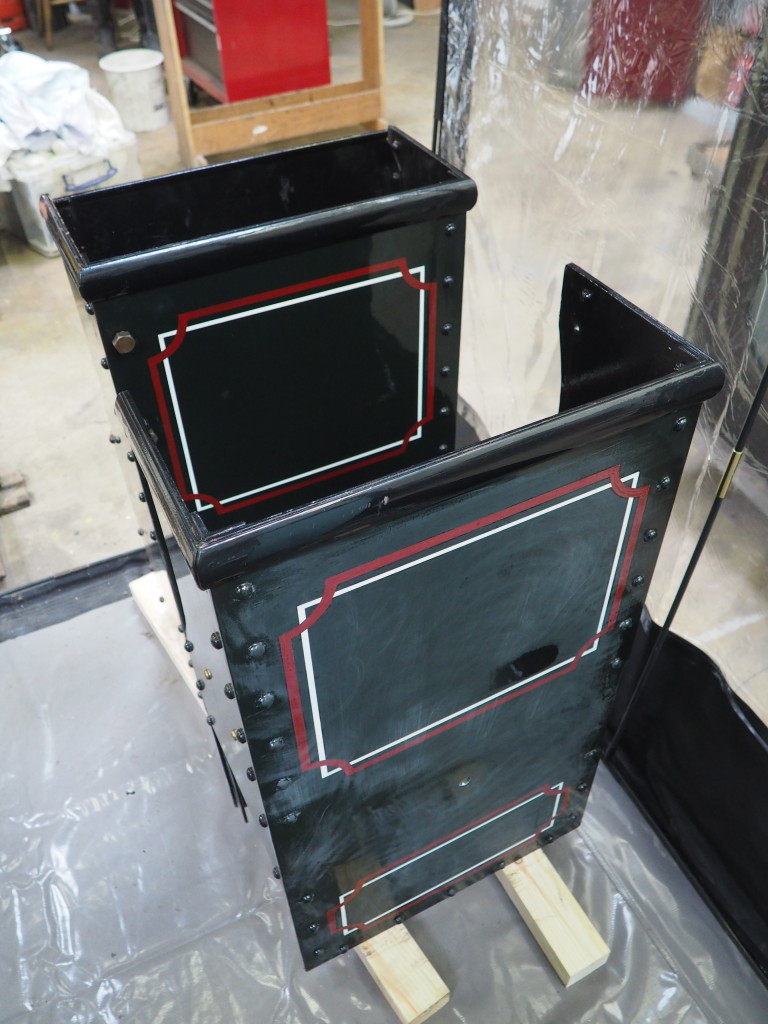 Below: Whilst Samson has appeared with a Lucas 742 model car oil lamp previously, this isn’t entirely appropriate, so when this much older (but heavily reconstructed) oil lamp appeared on a well known auction site, it was purchased with the aim of adapting it to suit Samson.  Dave has now completed its rebuild, including a new panel complete with mounting bracket for side mounting.  Nice isn’t it?! 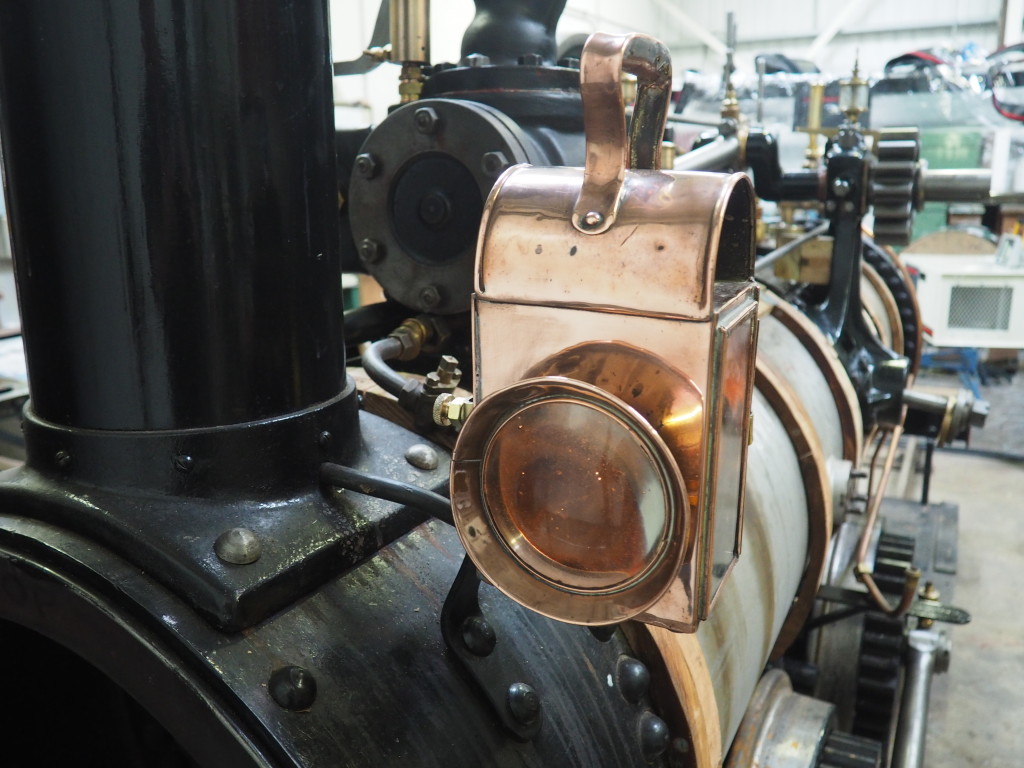 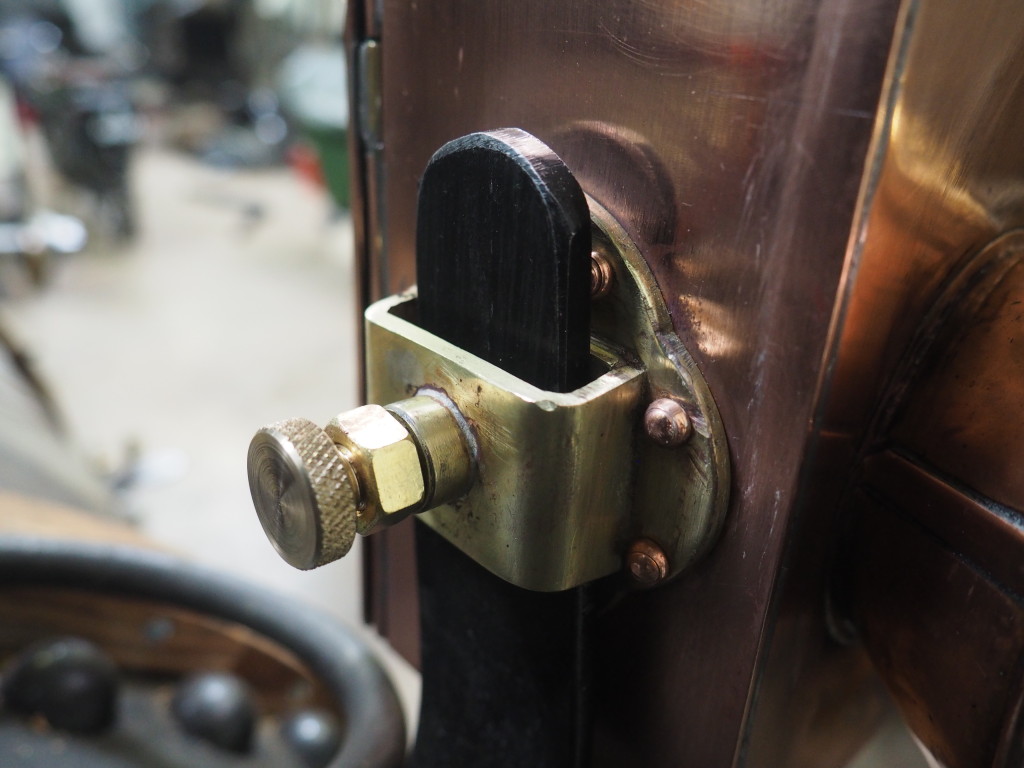 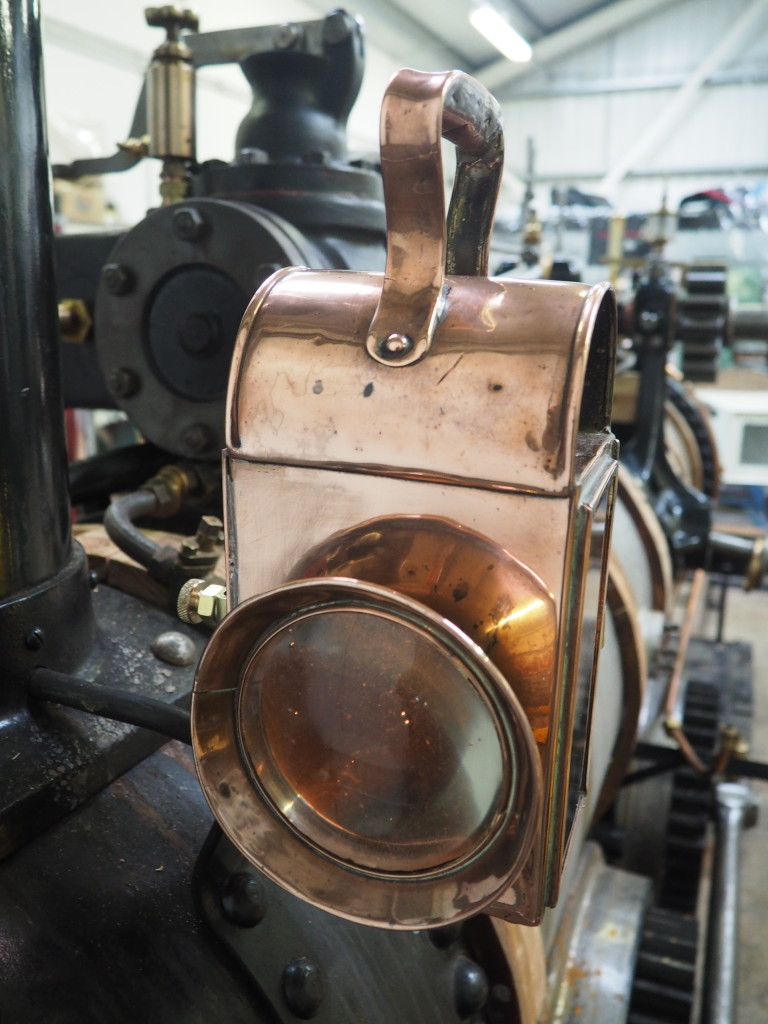 Below: Here are some details to tease readers with showing latest progress on Sheffield 264, which we anticipate is little more than a week away from completion.  Here we see the dash numbers, balcony panel monograms and the waist panel crests – all produced by hand. 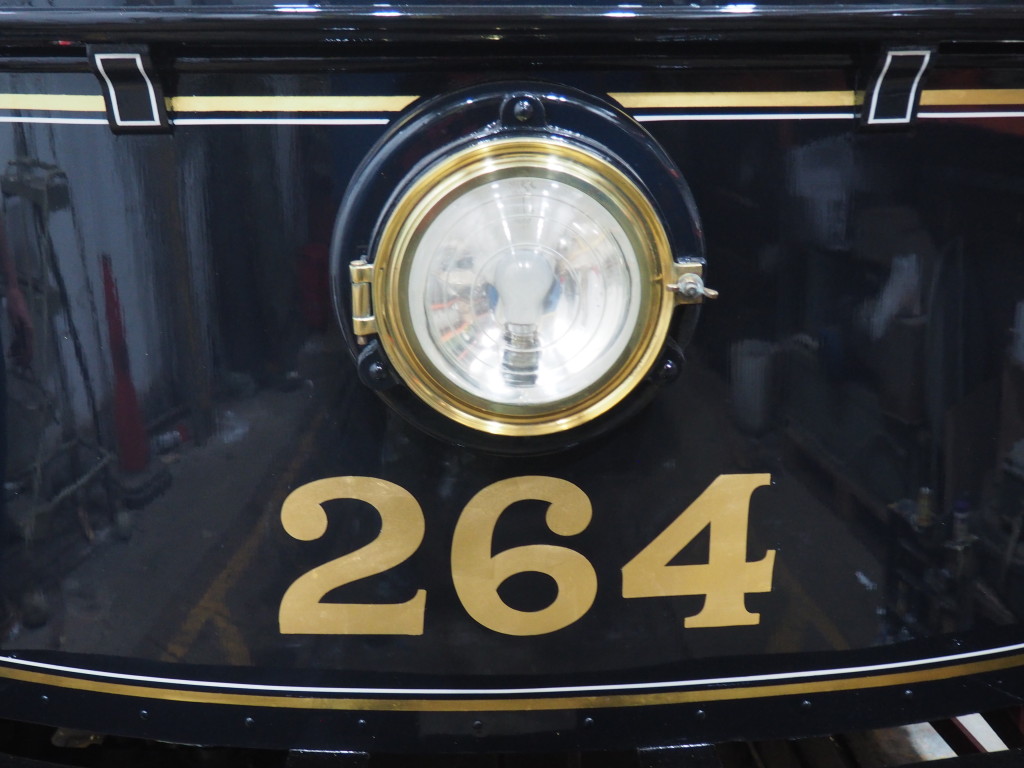 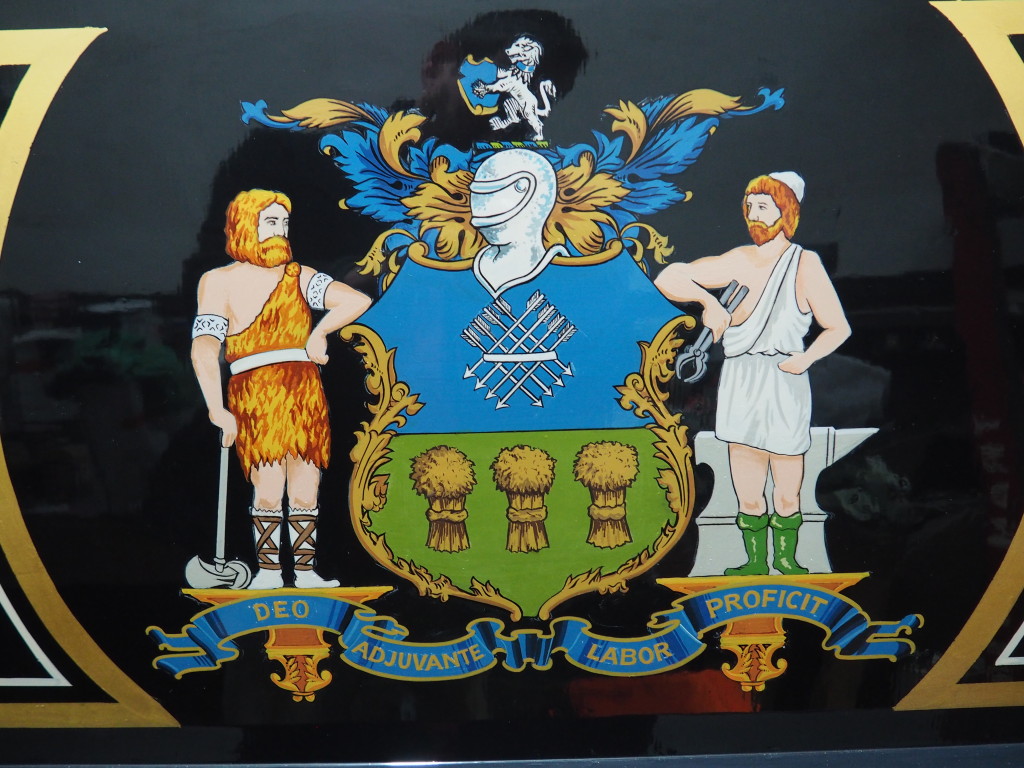 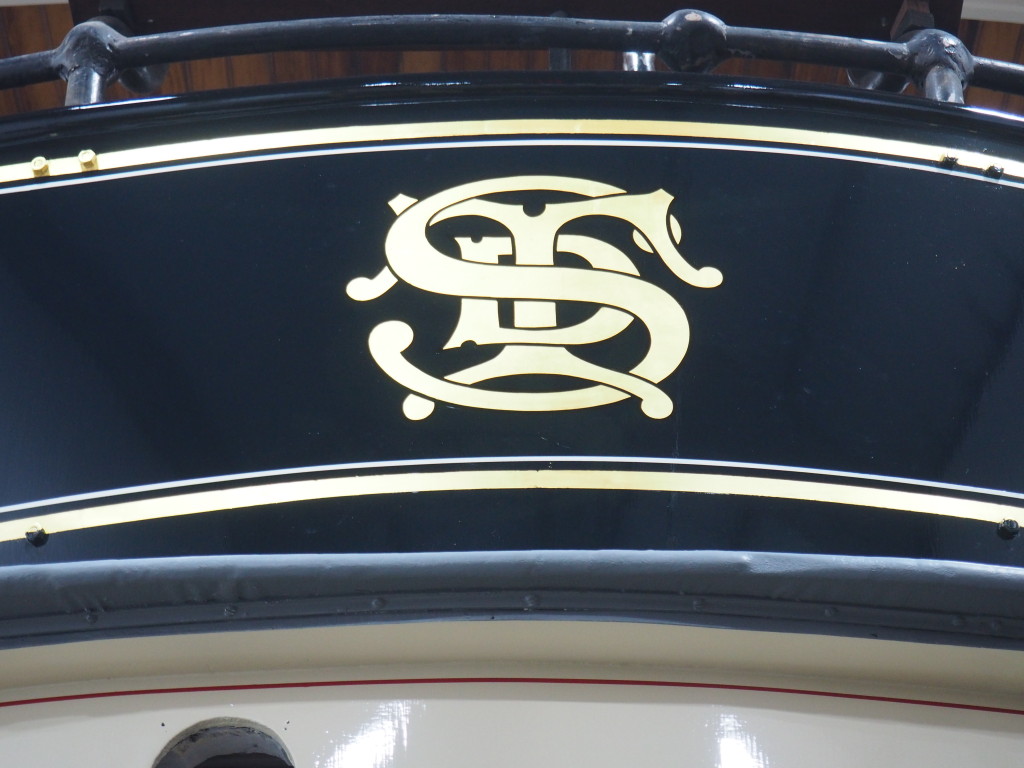 Below: John continues the heavy overhaul of the Model T Ford being used for the road-version of the variant in this project.  The front end is now complete but the rear axle requires substantial work.  Additionally some of the spokes in the wheels are in poor condition and the redundant old set form the T Tourer displayed in the Town Garage showroom have been recovered to see if a good set can be made from these.  The bonnets and radiator have been painted into army green and plans are being prepared for the stencjls needed for the bonnet markings.  The T will not make the GWSF but hopefully will appear soon after. 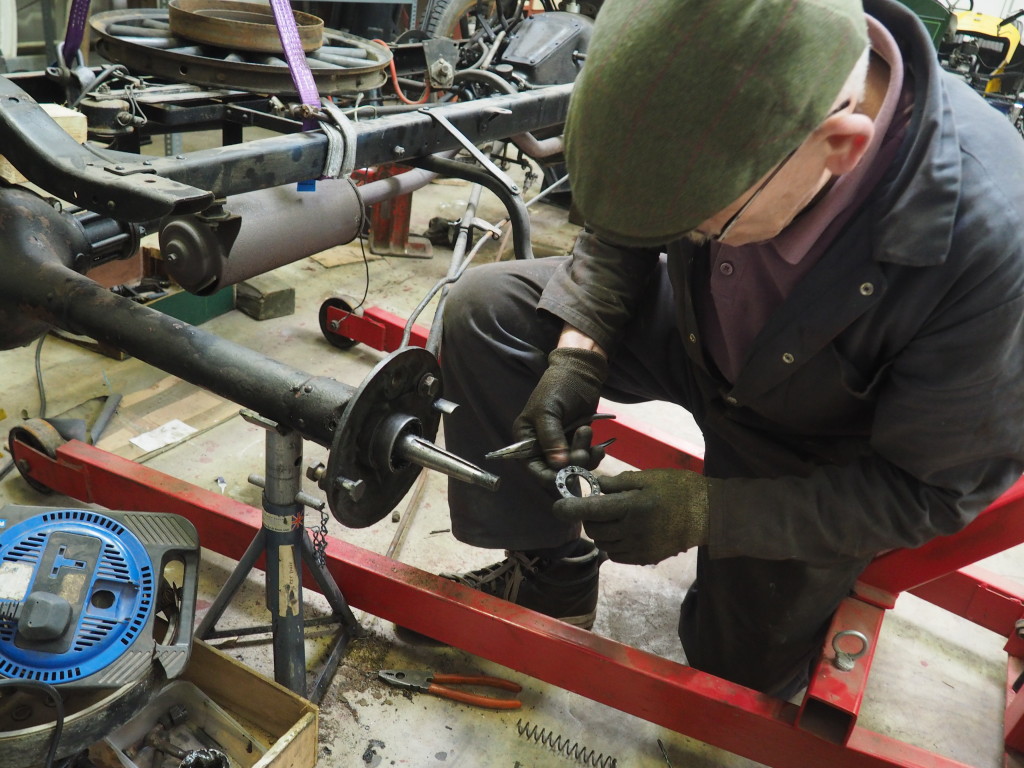 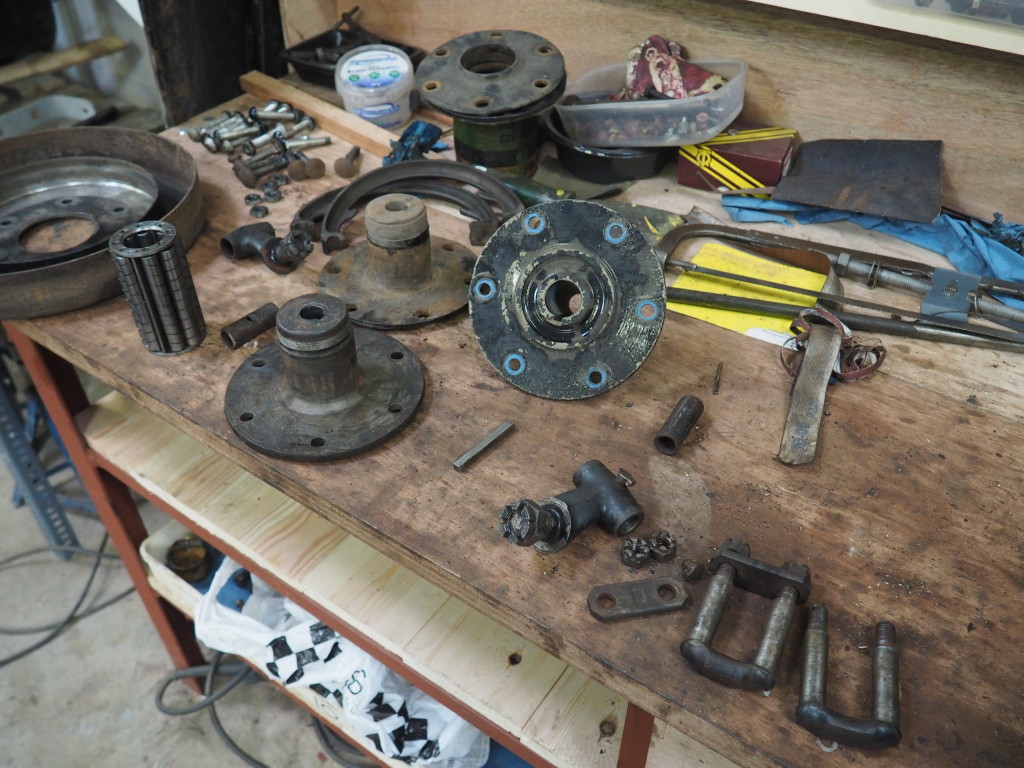 The KG2 tipper arrived on Thursday, and was soon undertaking ‘test’ runs – it is a very nice vehicle to drive and with a coachbuilt cab and compact body, is free of the knocks and squeaks often found on vehicles this age!