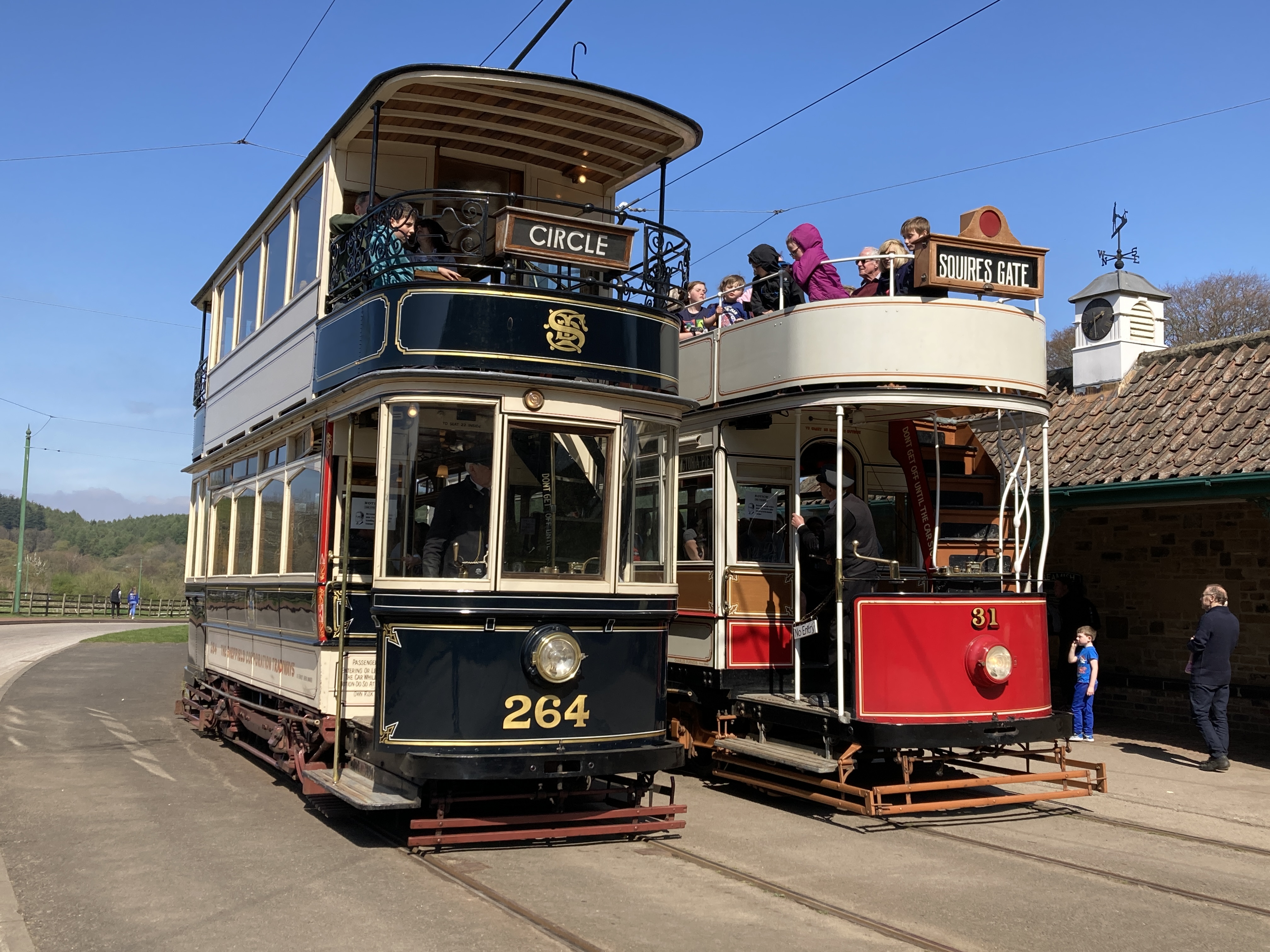 This post is a bit of a sweeping up of lose ends exercise, with various bits of news to report.  We also had updated figures for the steam gala, which totalled just over 9000 at the final reckoning up.  Obviously the costs of running such events are high, and the operating expenses of the museum are also to factor in, so the income is soon absorbed into the total costs.  Heritage is an expensive business and the figures are big (and getting bigger).  The soaring energy costs are a major consideration in our planning now, likewise the difficulty in obtaining suitable coal for use in domestic, commercial (chip shop) and transport exhibits.

The newly surfaced and dusted road through the Pit Village (actually named Pit Hill…) has gone down very well – in particular because it has enabled us to resume bus services to the area.  The two replicas have operated these (simultaneously) during the Easter weekend, so here are some images to record the resumption of service to this area.

Below: The B-Type makes its way into Foulbridge and towards the Colliery.  The speed limit sign is prominent, and will soon have a 5MPH sign facing the opposite direction as part of some road improvements in the area to accommodate the predictable increased footfall to Spainsfield Farm.  I understand a new path is planned to allow access to the farm directly from Foulbridge tram stop, though until this appears, the tramway team will continue to heavily marshal this area in order to ensure visitor safety in this increasingly congested area. 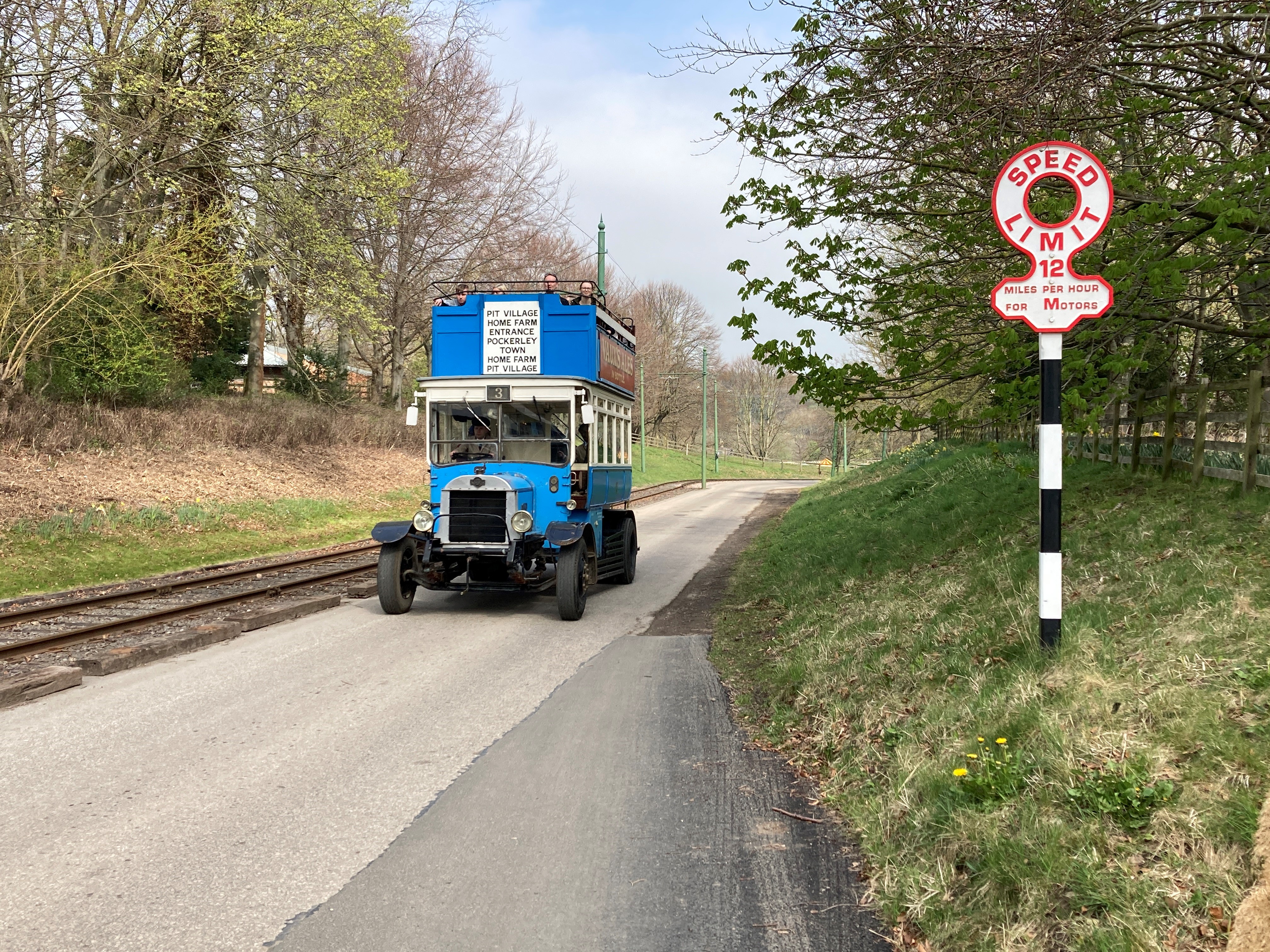 Below: The B-Type arrives onto the new road surface, as it sets-down passengers at the Band Hall, so as to run empty to turn and arrive at the stop outside the school to start another journey. 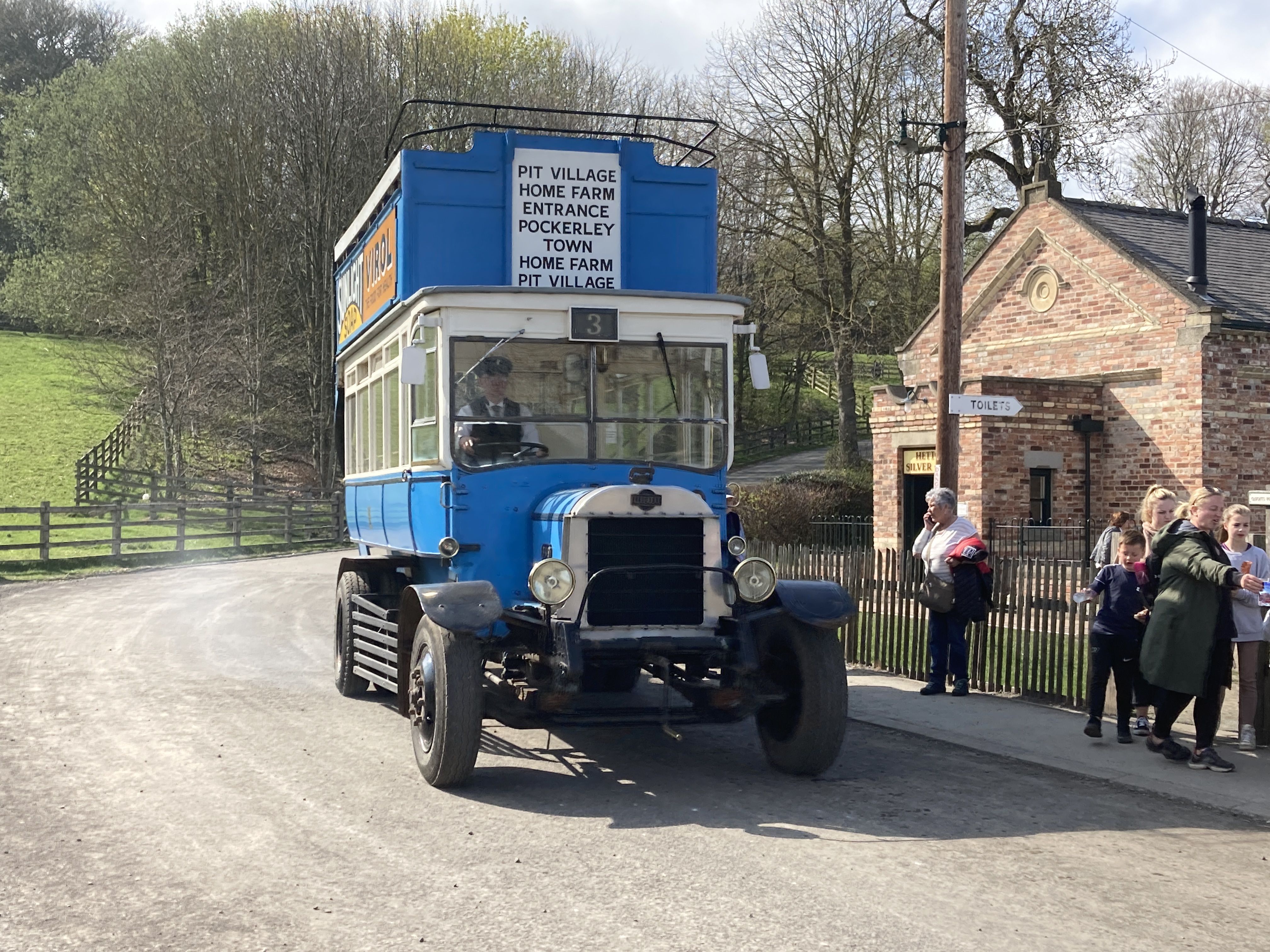 Below: A random tram photo – showing the tramway at its busiest since 2019, with full cars and the open top decks and balconies much sought after!

As with the events each year, the weeks after they are held yield a pleasing crop of video and photos, some of which I am able to feature here.  YouTube has a good number of videos of the Steam Gala, whilst David Watchman from our comms team has put together a video of the steam gala last weekend, featuring just some of the exhibits we enjoyed watching (and hearing!) in action around the museum site.  Here is the link for blog readers to follow:

Below: Dave Hewitt very kindly sent over some images that he took during the event – as ever we are very grateful to him for these, as they are also available to us for use in publications etc. after the event, and looking back at my screensavers (which covers ten+ years of events on a sideshow), Dave has covered pretty much all of them.  There are a couple of books in development at present, more of which I will talk about later in the year… 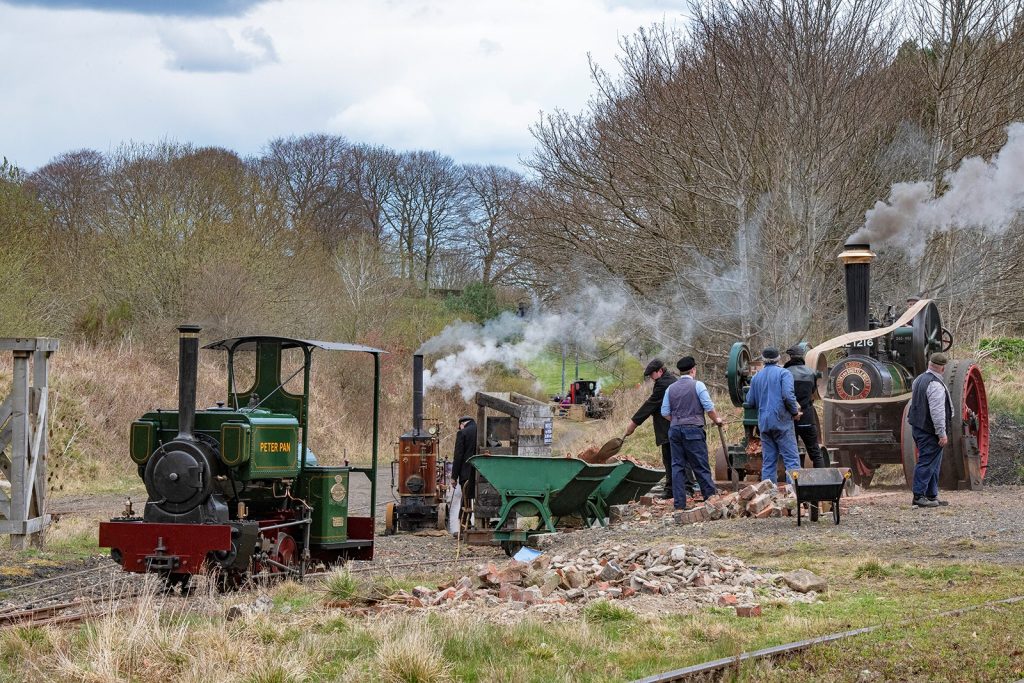 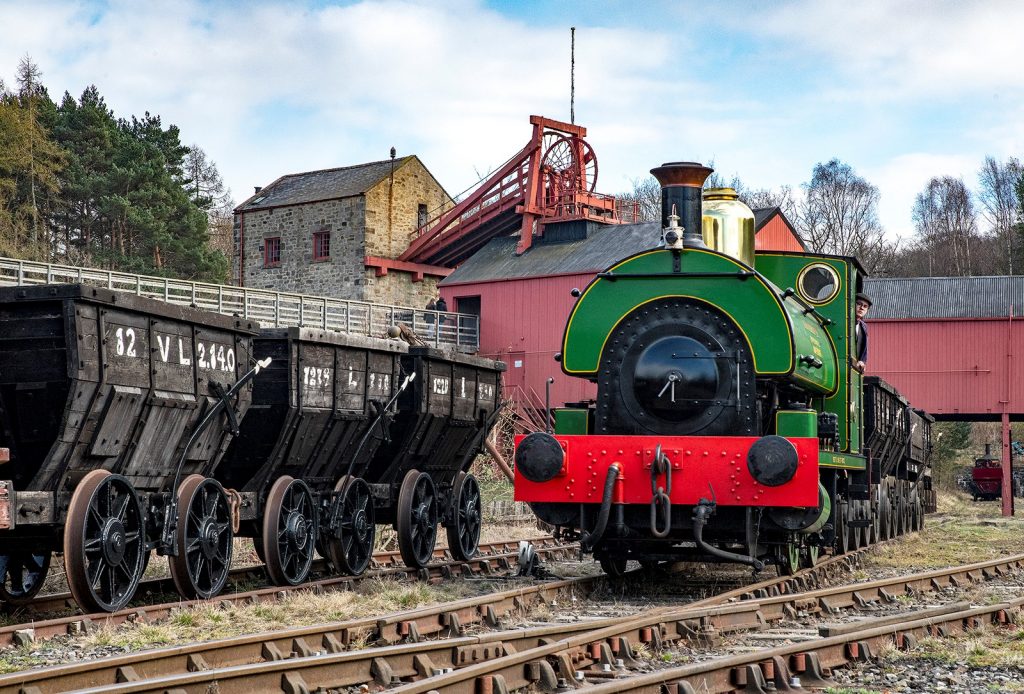 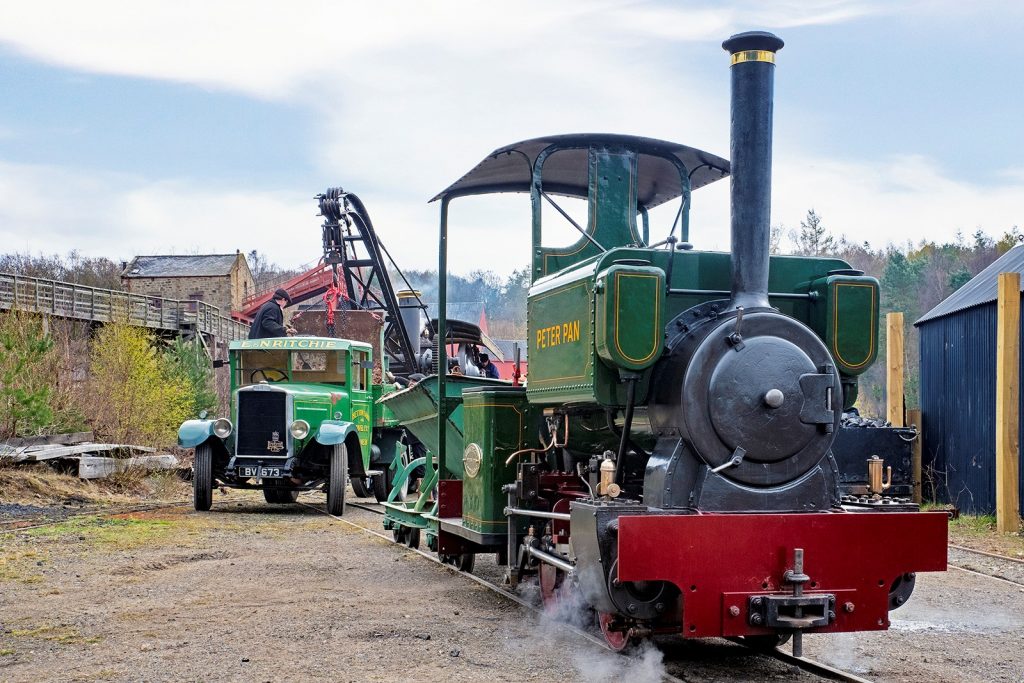 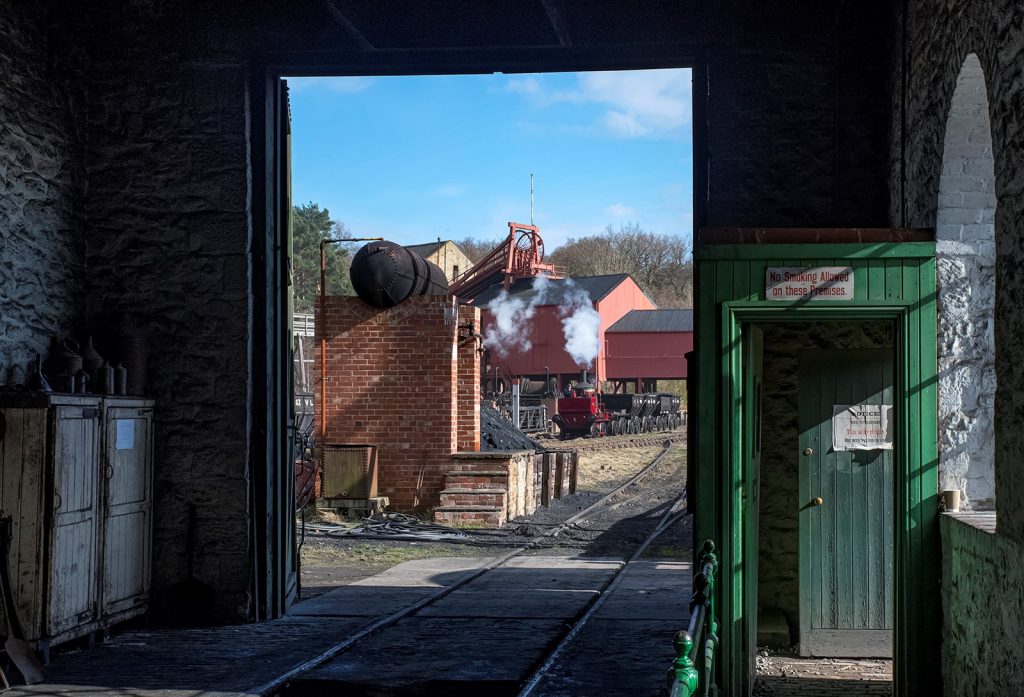 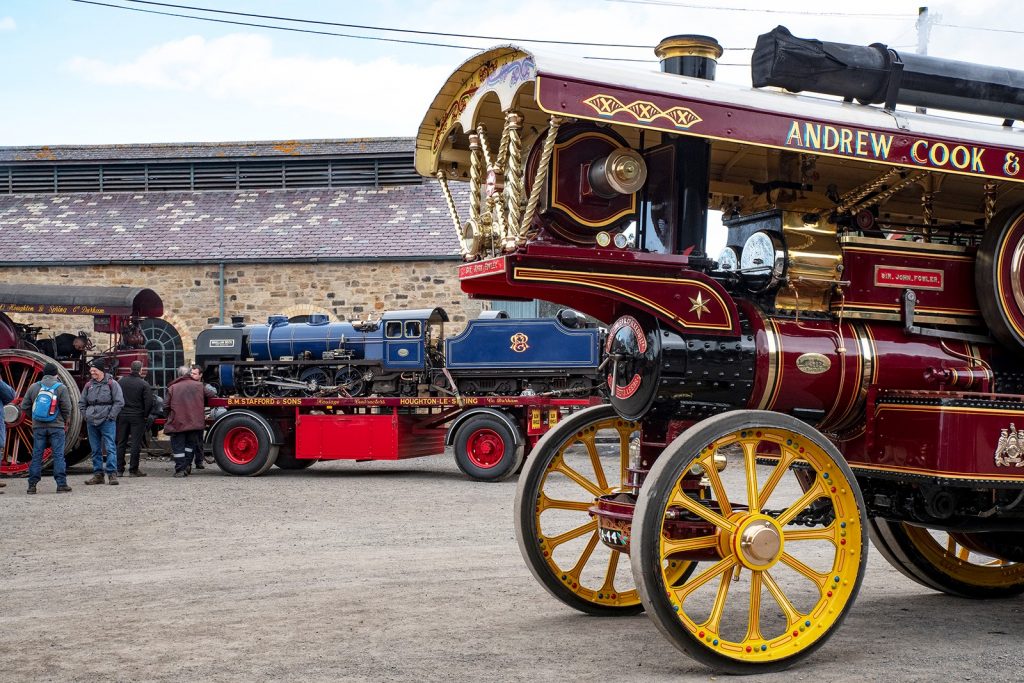 It is unusual to have somebody’s name as a title in the blog, but this is quite significant news and as such it seems worth recording here as well as noting what the impact may be in the short/medium term.

Keeper of Transport, Matt Ellis, has been offered a new role, at the Ffestiniog & Welsh Highland Railway in Wales, as their Locomotive Manager. I have to add that this is one of the heritage railway World’s ‘dream jobs’ and it is certainly an exciting one, and one that I know Matt will flourish in.  We will be looking now at how we manage both operations and engineering, as well as some wider strategic developments that were already underway, to ensure, as far as possible, continuity through the process of replacing Matt and covering the work he has managed and developed.  Matt will stay with us in a remote capacity to assist with this process and enable a number of areas of work to progress, in particular around the development of competence management within the engineering team.  Readers may have noted that a Safety Manager is being recruited (for a museum-wide role, though sitting in the transport/industry team) and once appointed, this will greatly ease by work in this area and enable me to spend more time on transport matters.  There will be further roles announced in due course, which I will update on the blog as a matter of record (and also in case they are of interest to any readers who feel they may be suitably qualified).

Below: The reality of the job!  Two phones, and someone beating on the door!!!  All unhelpfully captured by Matt’s colleague. 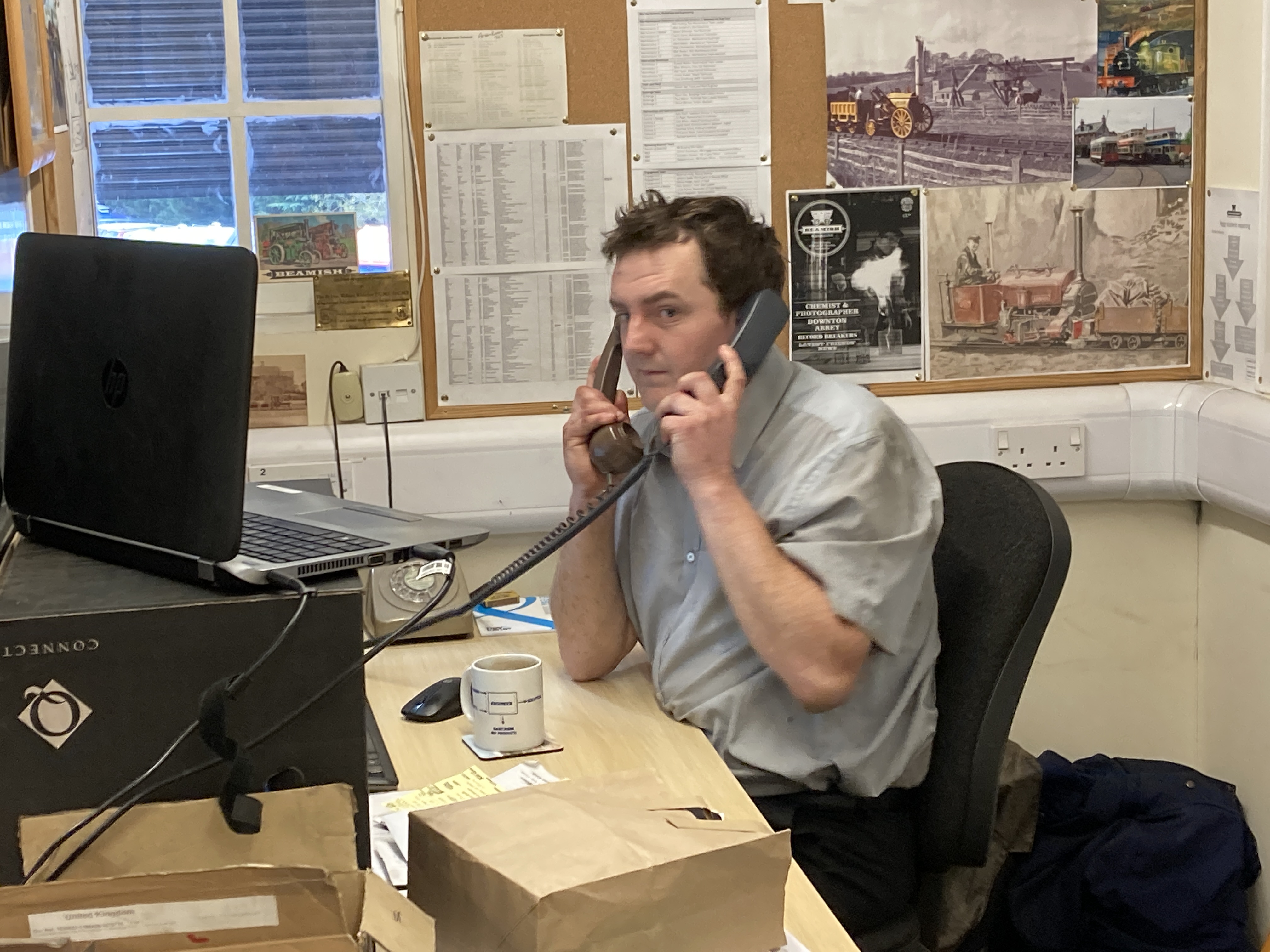