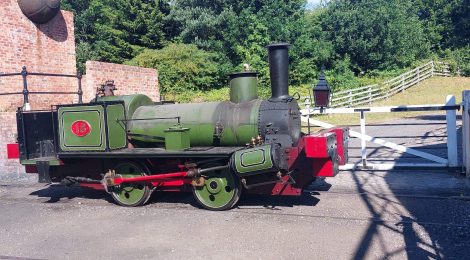 The last few weeks have been fairly challenging, as we are operating with a depleted team as recruitment is underway and COVID-19 has somewhat ravaged the various departments within the team.  This goes some way to explaining a lack of posts on here too!

Below: The area around Foulbridge crossing has been fairly heavily staffed in order to implement a safe access route for pedestrians to Spainsfield Farm and construction traffic to the 1950s site.  A mitigation for this is this new access path, which will create a segregated pedestrian route from Foulbridge tram stop to Spainsfield Lane, leading to the farm.  We will then be able to close the crossing to pedestrians and in due course save on the allocation of valuable staff hours used to man it. 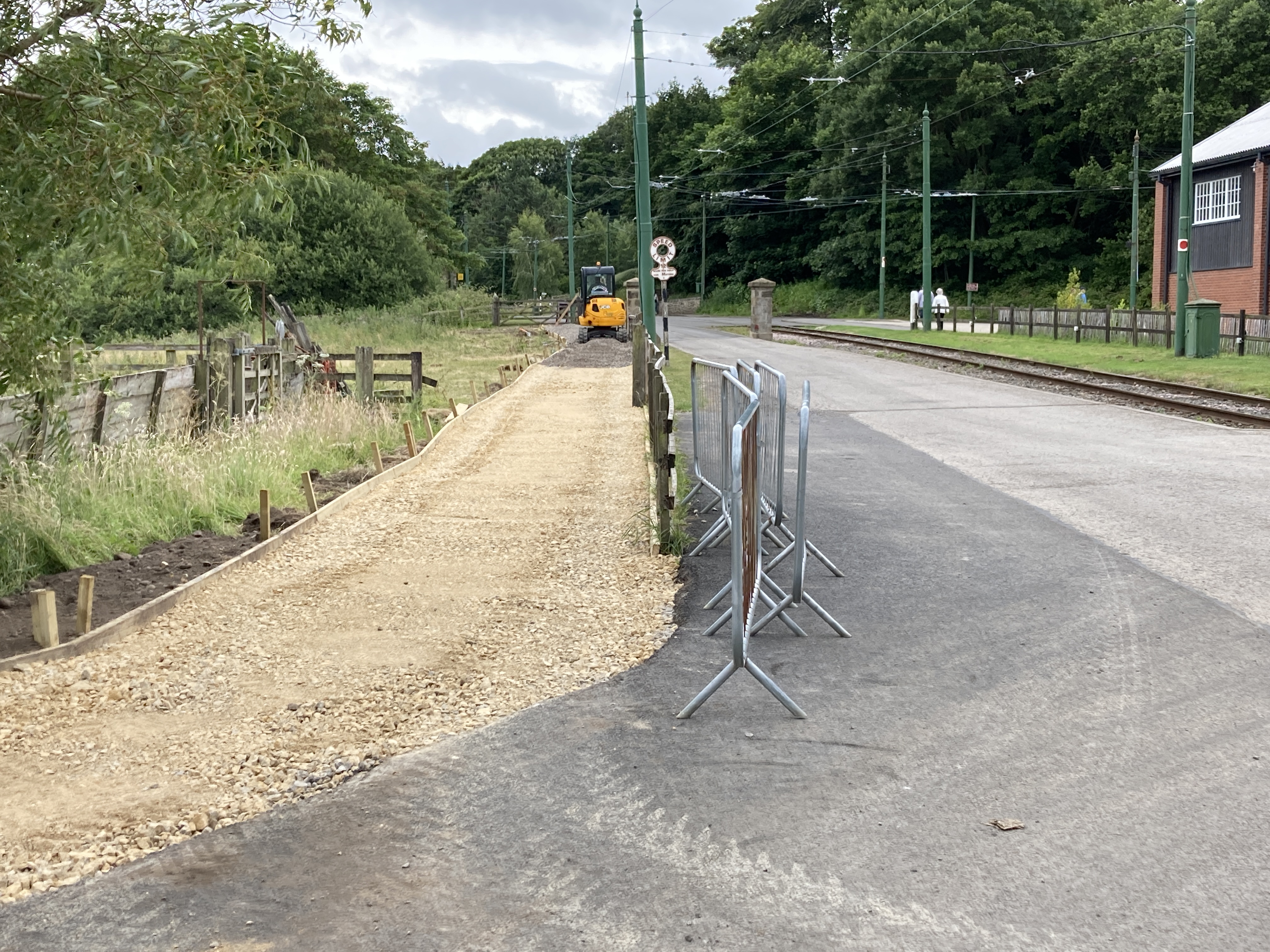 Below: The track brakes from Gateshead 10 are in such poor condition that the decision has been taken to renew the main carriers – one of the originals can be seen to the right of this view.  The steel has been obtained and machined, and assembly will start shortly, with each being fitted to the respective mounting on the bogie frame.  Slow work, but it will ensure that these require little further attention within our lifetimes at least! 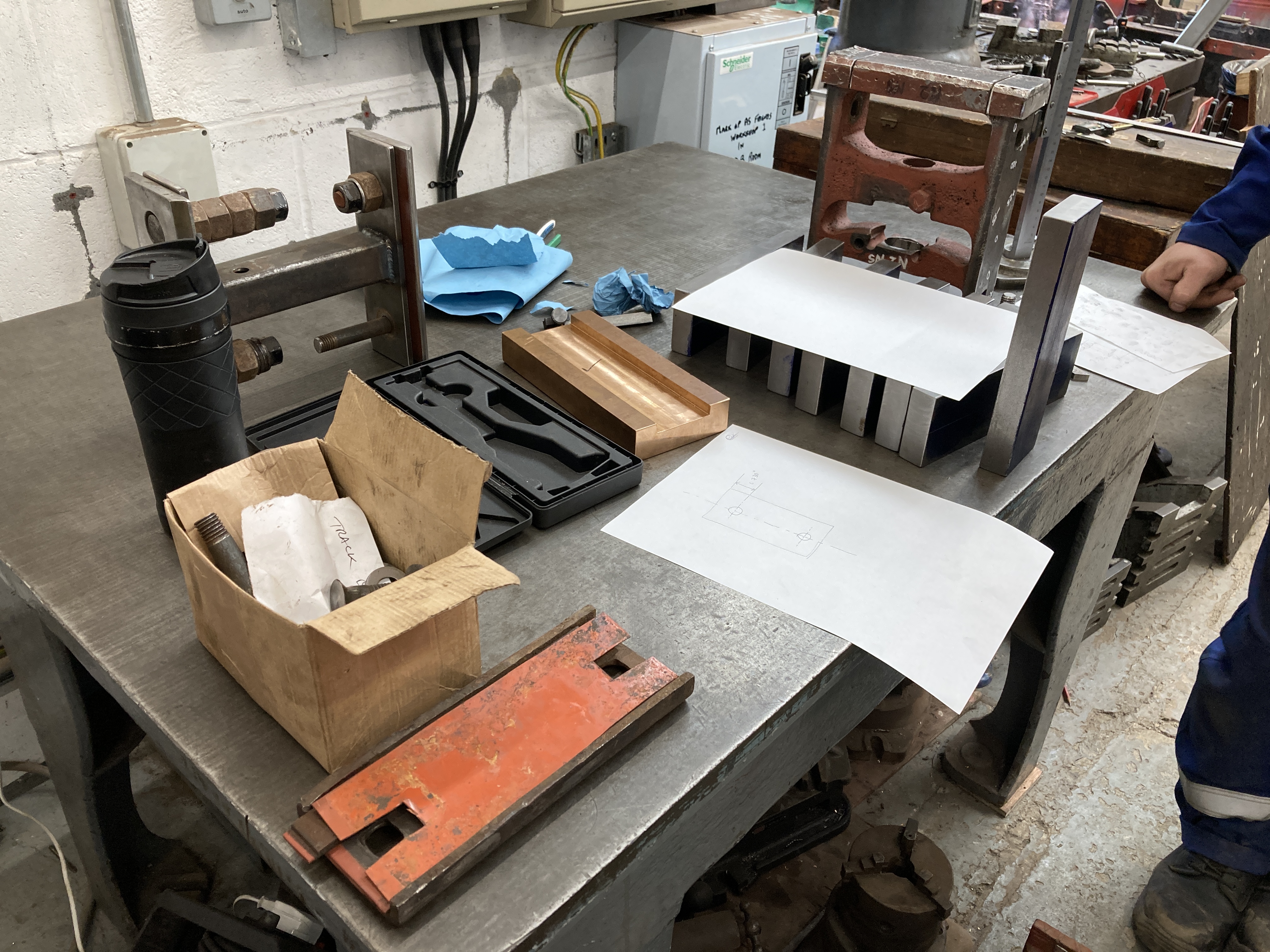 Below: A fairly major job within the tram depot, undertaken for the Engineering team by the Beamish Tramway Group and site Electrician, is the shortening of the overhead line on Road 4/5.  This will enable a safe-zone to be created for use of the new gantry cranes in what has become an engineering workspace to the rear of the depot.  The shortening has also presented the opportunity to install the negative wire (which will be of great assistance in extracting the trolleybuses) and replace the clock on the gable end of the depot building itself.  A great deal of planning has gone into this work, the bulk of which is now complete. 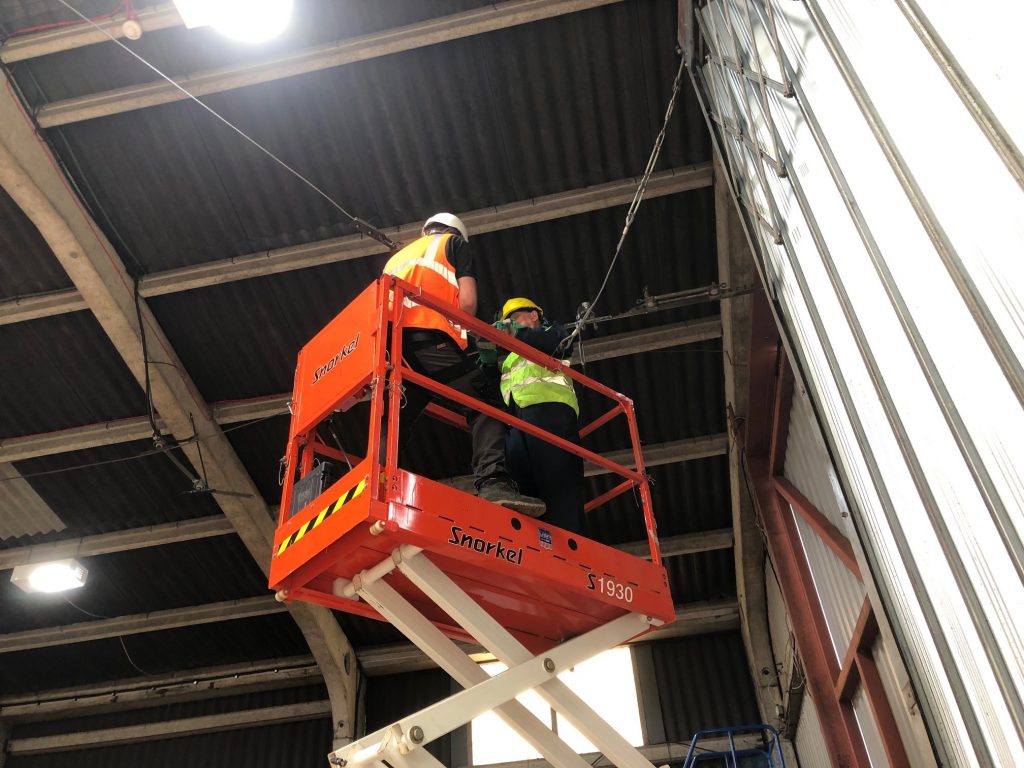 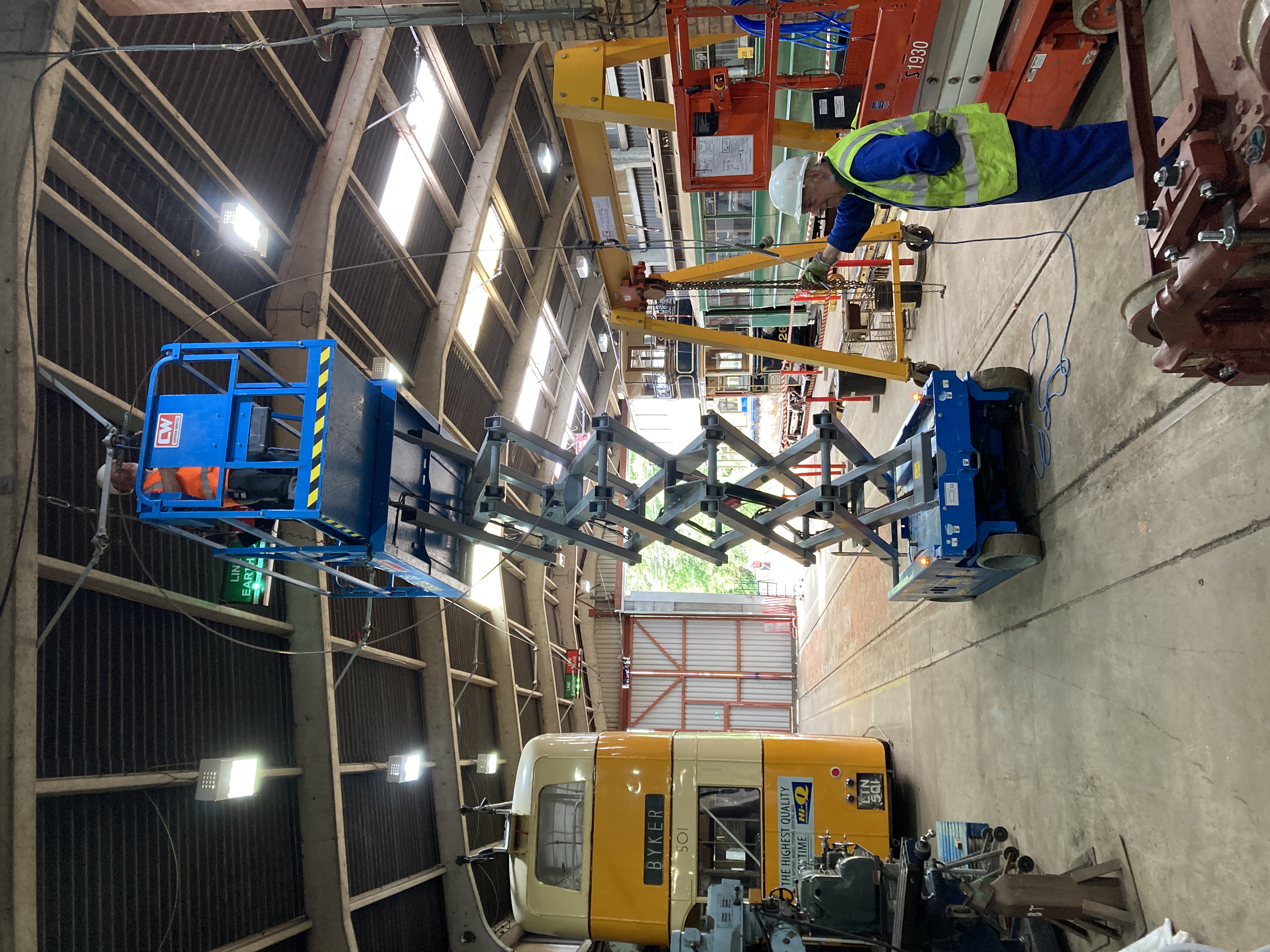 Below: As Crosville 716 regularly holds up traffic on its way to the local petrol station, Russell felt some sort of ‘explanation’ would be useful for following traffic on these trips!  John Sullivan came up with this panel, which can be carried when the bus is out on the public road. 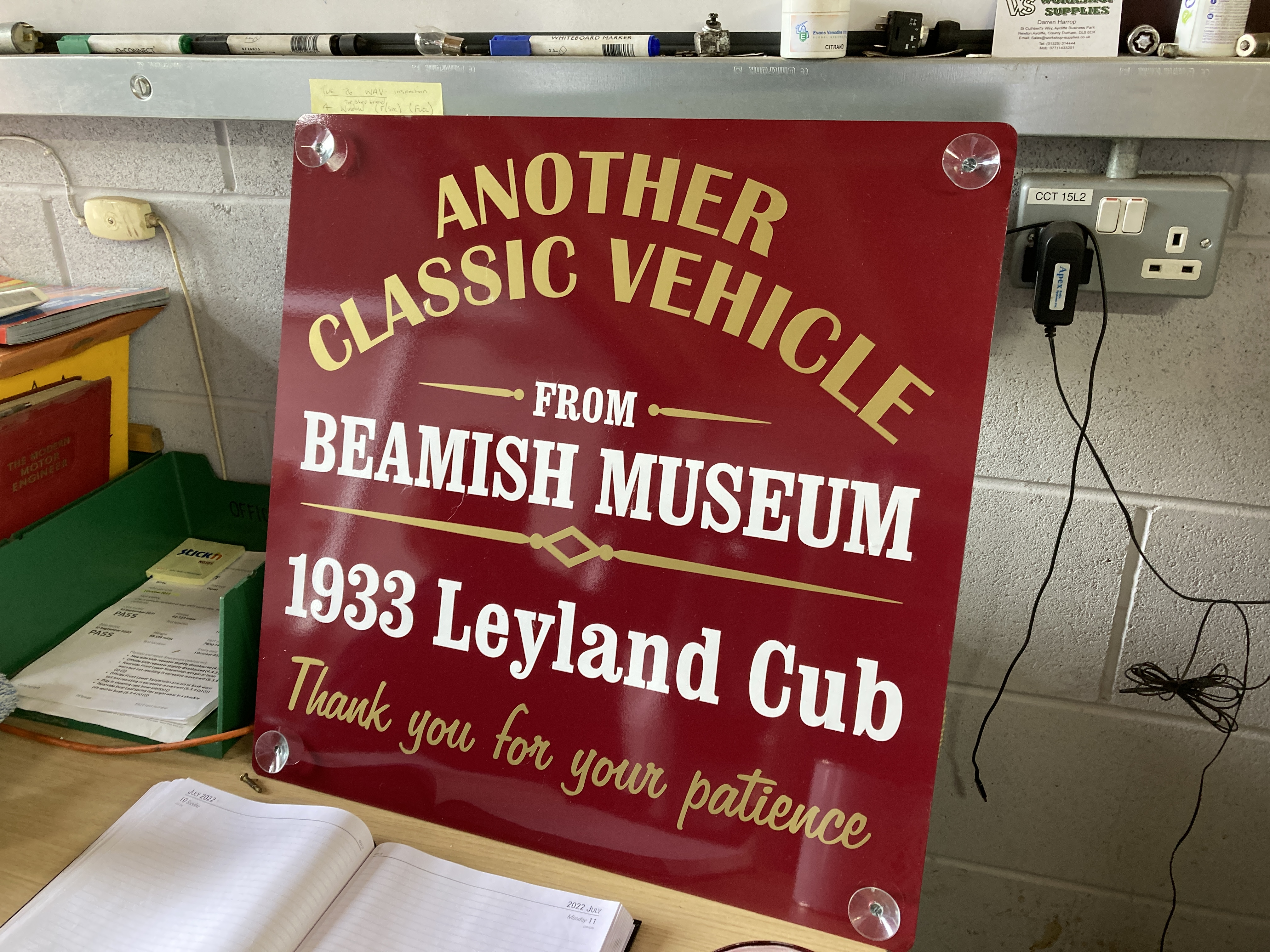 Below: Antony has been busy behind the scenes, and in between the running exams for Puffing Billy, Glyder, Samson and Coffee Pot No.1, preparing No.18 for removal of its boiler.  This week the cab and saddle tank was removed in readiness for the next step, which is movement of the loco to the Waggonway for removal of the boiler.  The plan is to prepare the boiler for retubing and other repairs this winter, where such work will take place alongside Puffing Billy – which is also to be retubed over the winter.  Puffing Billy’s overhaul is the priority, as it will be withdrawn just a few days shy of the end of this season in October, and will be returned to traffic for Easter 2023.  No.18 has no such urgency, though we’d very much like to return it to steam in 2023, and then carry out a mechanical overhaul in a following winter shutdown.

The first three views show No.18 being prepared for the tank and cab lift – the loco currently being located at Rowley (though the lightened engine will be relocated to the Waggonway shortly).

Below: The Albion Clydesdale, newly wired, is being used for storage and relocation of the superstructure components. 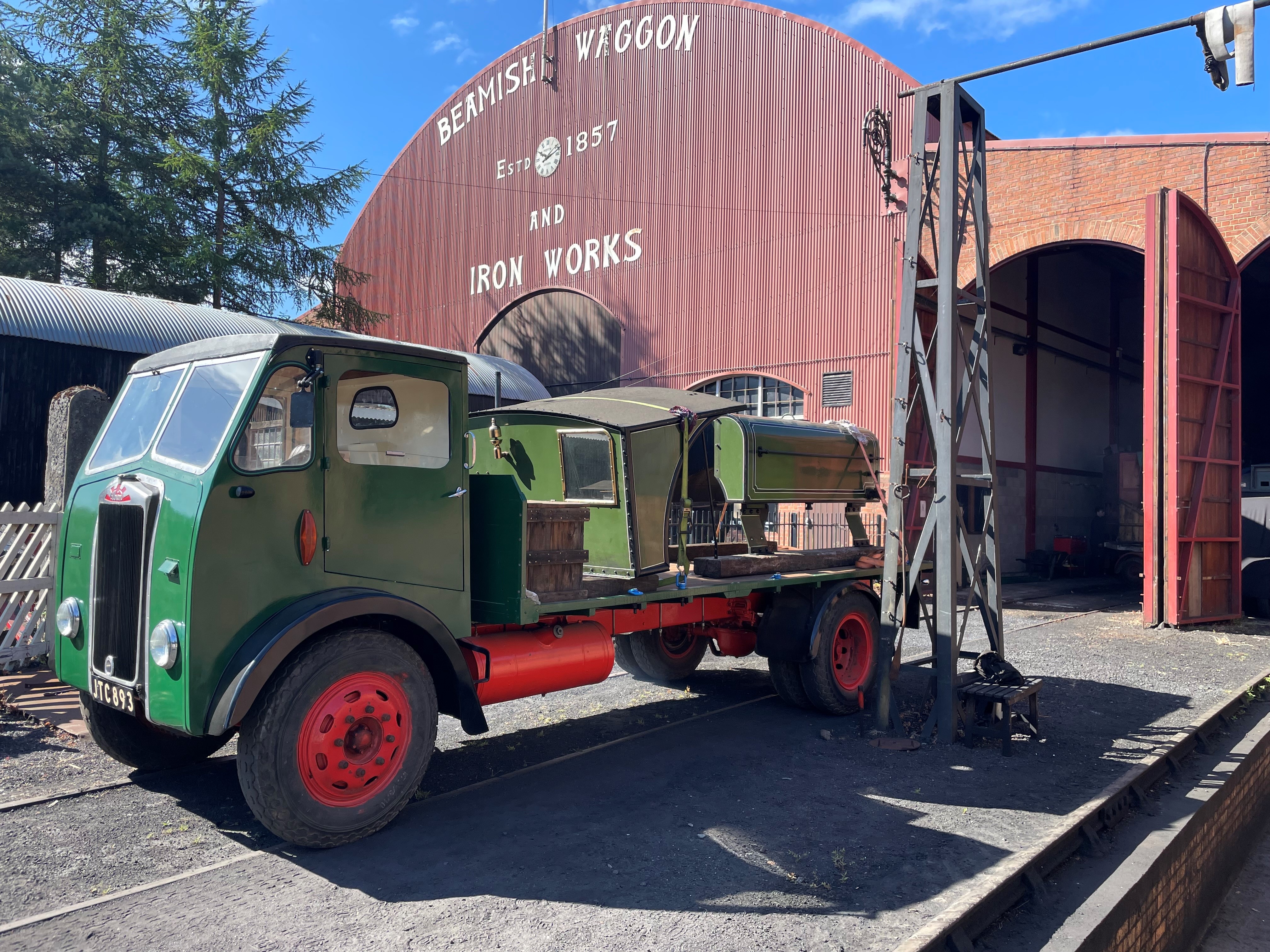 Below: A reminder of how No.18 looked when it was built in 1877, with the water tanks installed as well tanks between the frames.  The next job is to remove the boiler, its cladding and lagging and then prepare it for removal of the tubes.  We have a wish-list of work for 18, as well as what is required for the boiler overhaul, so this will be factored in where the opportunity arises during this overhaul.

New jobs within the team

Two new roles within the team, part of the development of the Transport/Engineering function that is underway at present.