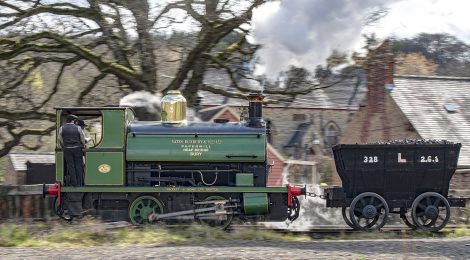 After all the excitement of holding a mini-event last week, here is a post to sweep up a few other developments and to display a number of images from last Saturday’s Twitter Steam Rally (2) event.

In other news, we have been awarded a grant of £150,000 for the completion of Dunrobin, by Darlington Borough Corporation (DBC).  We are extremely grateful for their support and look forward to the locomotive participating in some of the events that will celebrate the 200th anniversary of the Stockton & Darlington Railway in 2025. We are currently discussing the resumption of the restoration of Dunrobin at the Bridgnorth works of the Severn Valley Railway (readers may recall that all work stopped because of the pandemic, and we have been unable to plan or resource a restart until this support from DBC).  It is sobering to think that it is 11 years since we began discussions with Fort Steele regarding the purchase of Dunrobin, and ten years since we completed this.  The locomotive has been at Bridgnorth since May 2011.  How time passes!

We have also confirmed the transfer of the replica Locomotion No.1 to the Head of Steam Museum in Darlington, precipitating a real opportunity for a comprehensive overhaul and a return to steam.  It is anticipated that it will visit Beamish from time to time, once operational, so these arrangements are very much to the benefit of the two locomotives.  We are also discussing an exciting array of options for participating in events in 2025, which we hope that Beamish will be able to take part in, in full.

The full details of this are now a matter of public record and can be found here:

Below: The museum has, for many years (since 1962), owned an 1840 Town Coach, built for the Pease family by George Ha of Darlington.  The Pease family are, of course, synonymous with the origins of the Stockton & Darlington Railway.  For the last few decades the coach has been on loan to the National Trust, where it was displayed in the National Trust Carriage museum at Arlington Court in Devon.  The coach is now surplus to the NT’s requirements, so for some time now a move back to Beamish has been planned.  This was disrupted by the COVID-19 pandemic, but last week the coach was finally removed from Arlington Court and returned to Beamish.  The photos show the coach following arrival at the museum.  It was placed onto a bespoke pallet for the purpose of the move, and remains on this (which protects the coach and takes the weight off its wheels) until its future location and display has been decided. 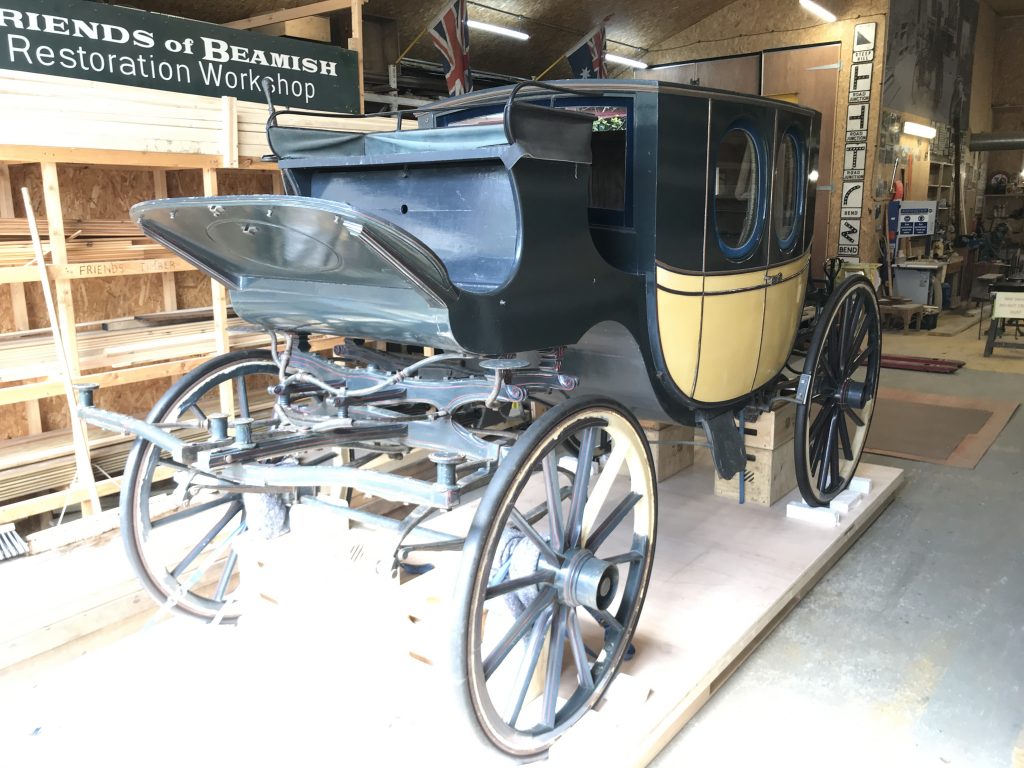 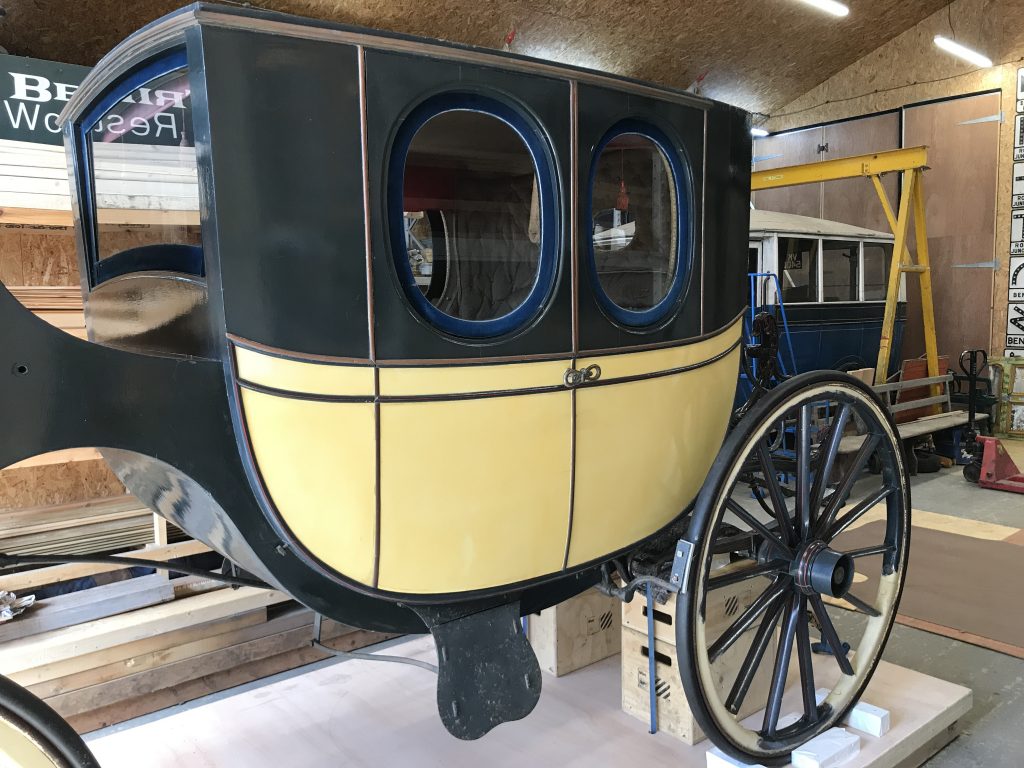 Below: The interior of the coach is very finely appointed, and clearly very fragile.  This will be one of the key considerations in our planning for the future display of the coach, to ensure the previous arrest of any deterioration is continued. 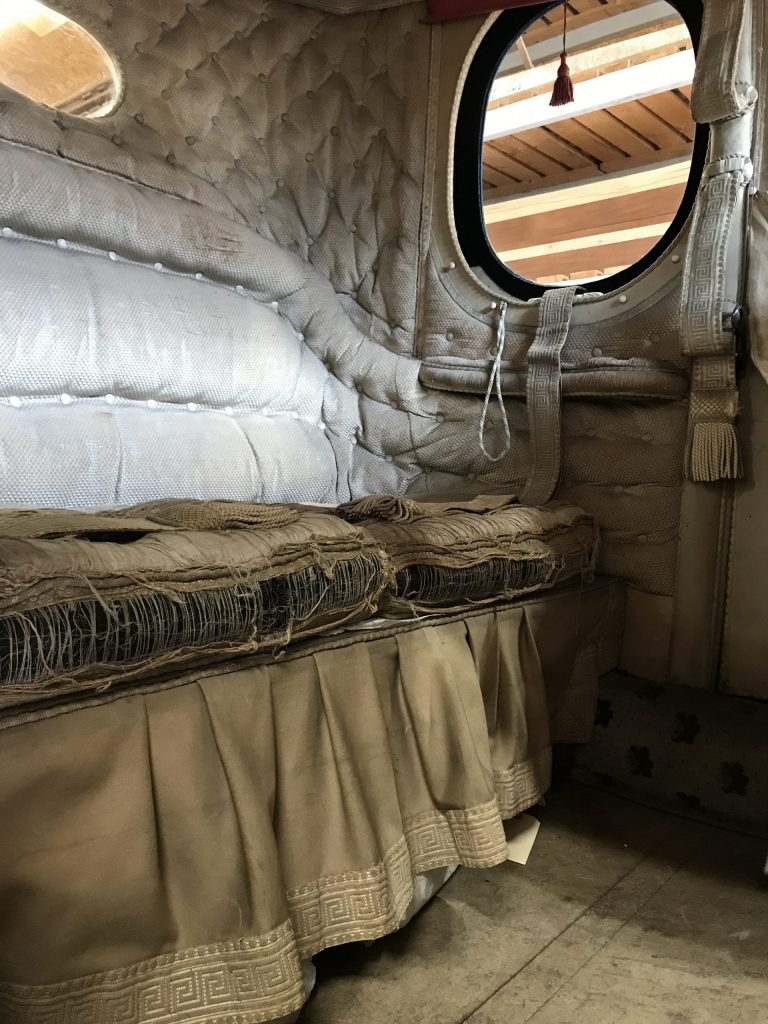 Below: One of the hubs on the coach, confirming its construction by George Hay in Darlington. 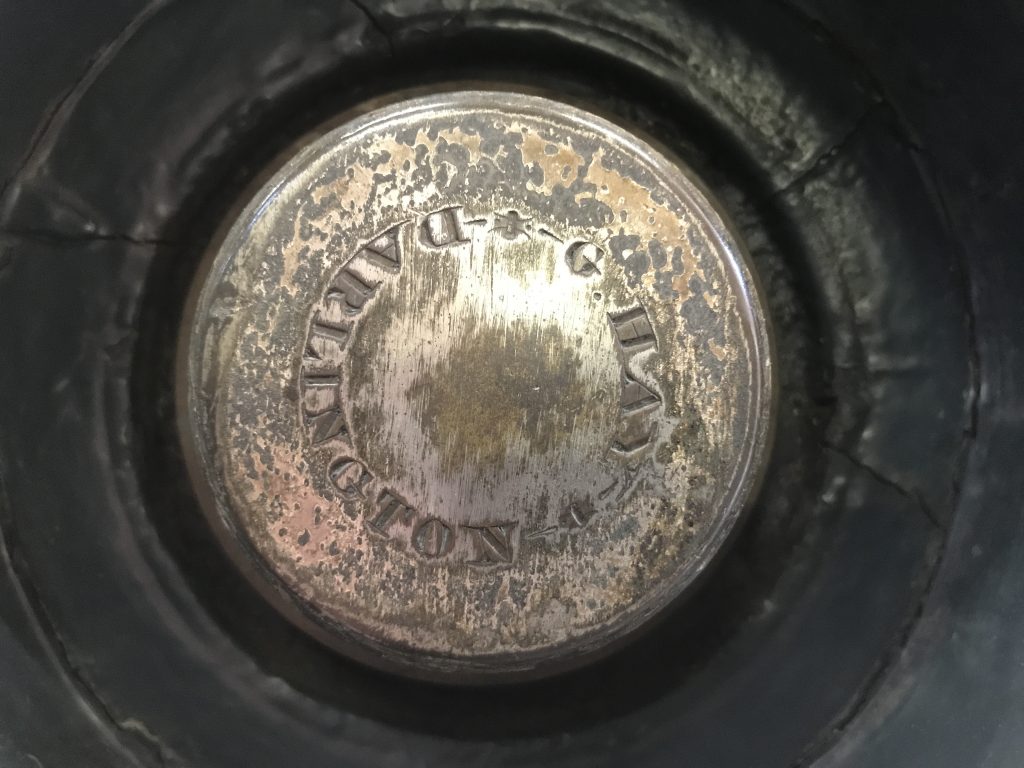 Below: Here is a view that I forgot to add to the last post, showing 1370 passing No.18 (which was about to reverse onto the rear of the chaldrons to haul them back to the top yard).  Even allowing for perspective, it can clearly be seen how diminutive No.18 is in the World of standard gauge locomotives! 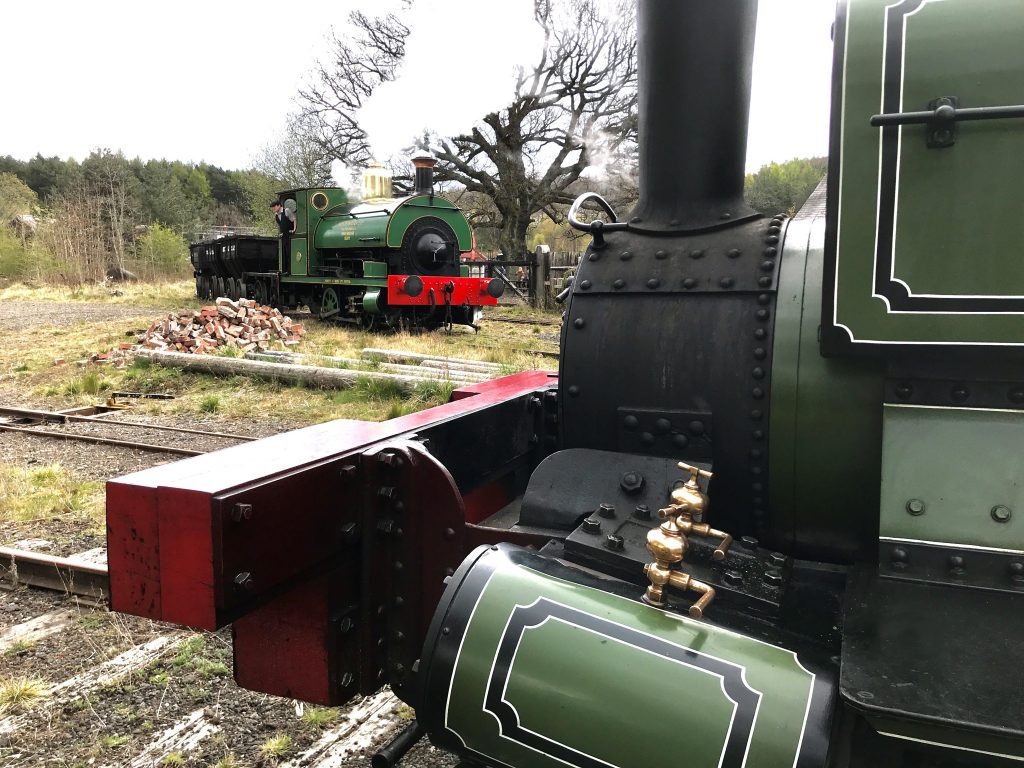 Below: The event provided an opportunity to see Samson with its new bufferbeam in place for the first time (we had run out of time beforehand to make anything of this!).  The additional weight, coupled to the improved slide valve, have transformed the locomotive and it was capable of working turn and turn about with Glyder throughout the day, steaming well and handling each of the three sets of waggons that had been made up for the occasion, comfortably. 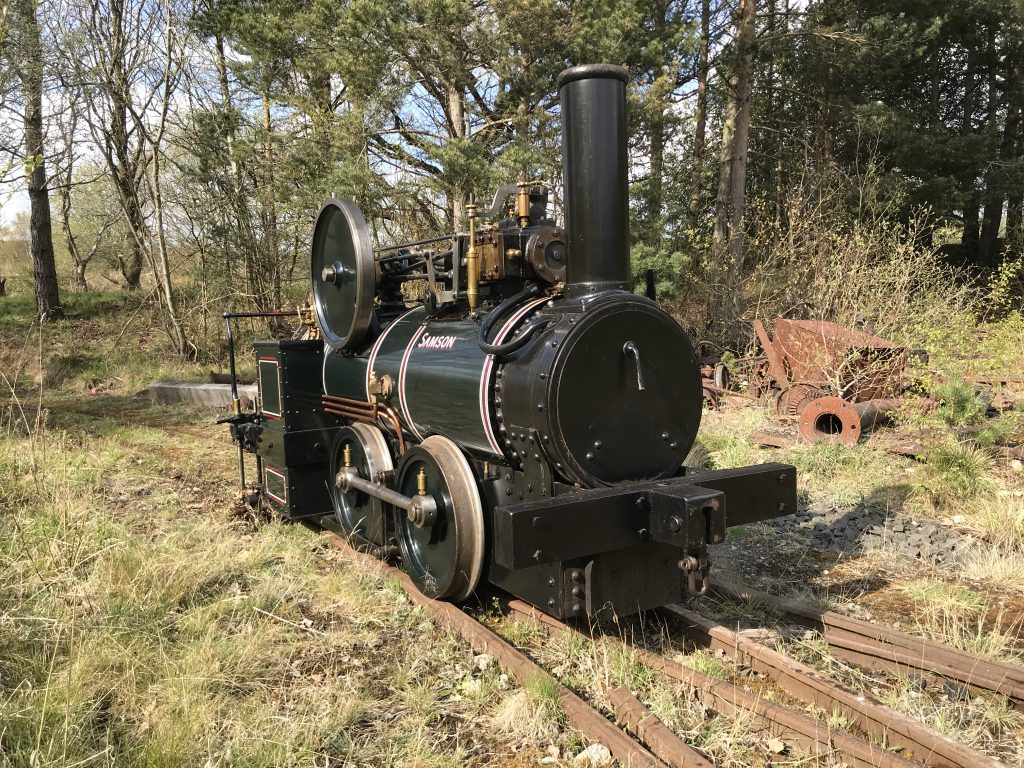 We thought it might be useful to set some dates (as a minimum) of operating days for Coffee Pot No.1.  At present these are weekdays, based on being the second Friday of each month.  It is likely additional dates will be added to this, to cover weekends etc. but for that we need to have some certainties over easing of restrictions and our own personal availability in 2021 (as there is only a small number of people who can/will operate Coffee Pot, especially given its awkward regulator, firing needs and fragile wrought iron valve gear).

Dave Hewitt very kindly sent through a range of images that he took last Saturday, which somewhat eclipse my own efforts using my phone as a camera!  Please do not reproduce these anywhere else. 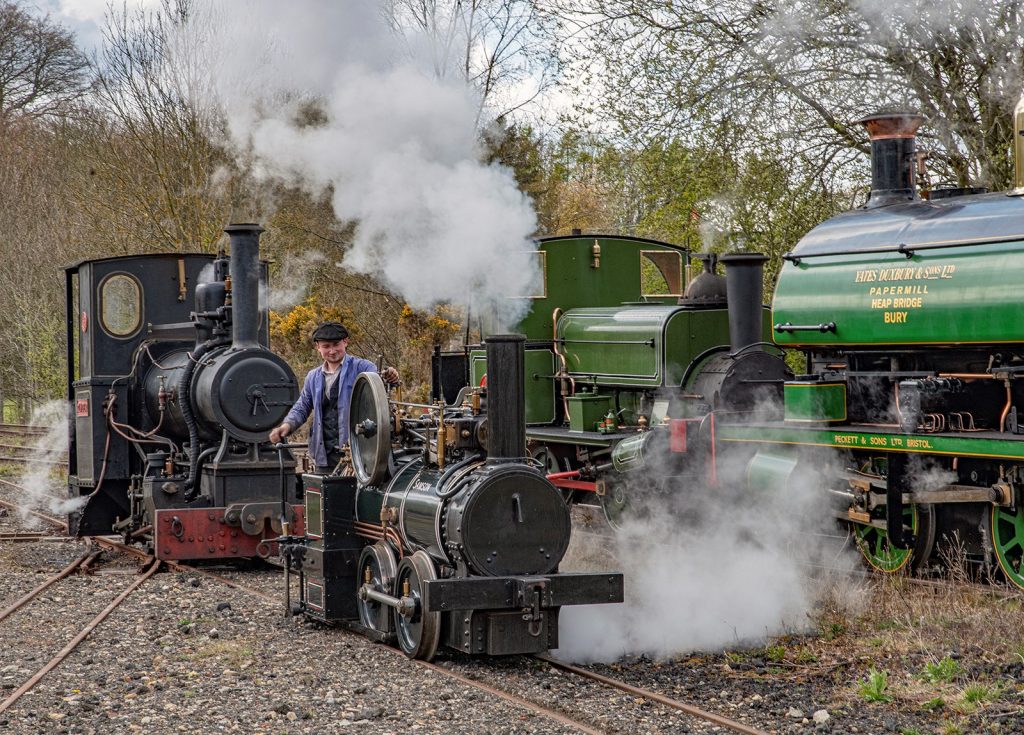 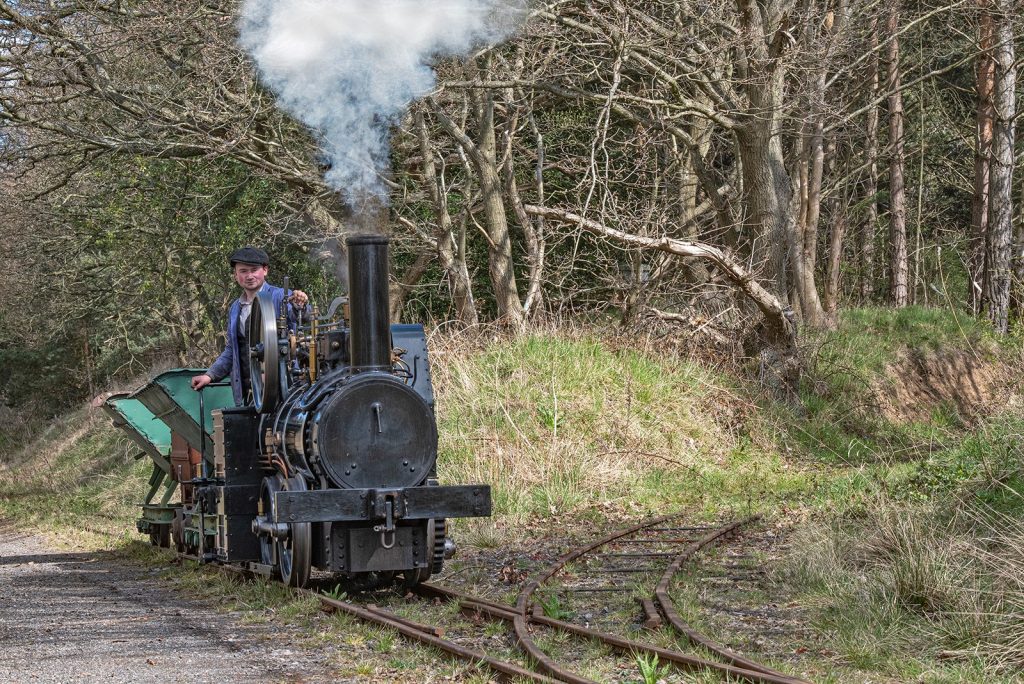 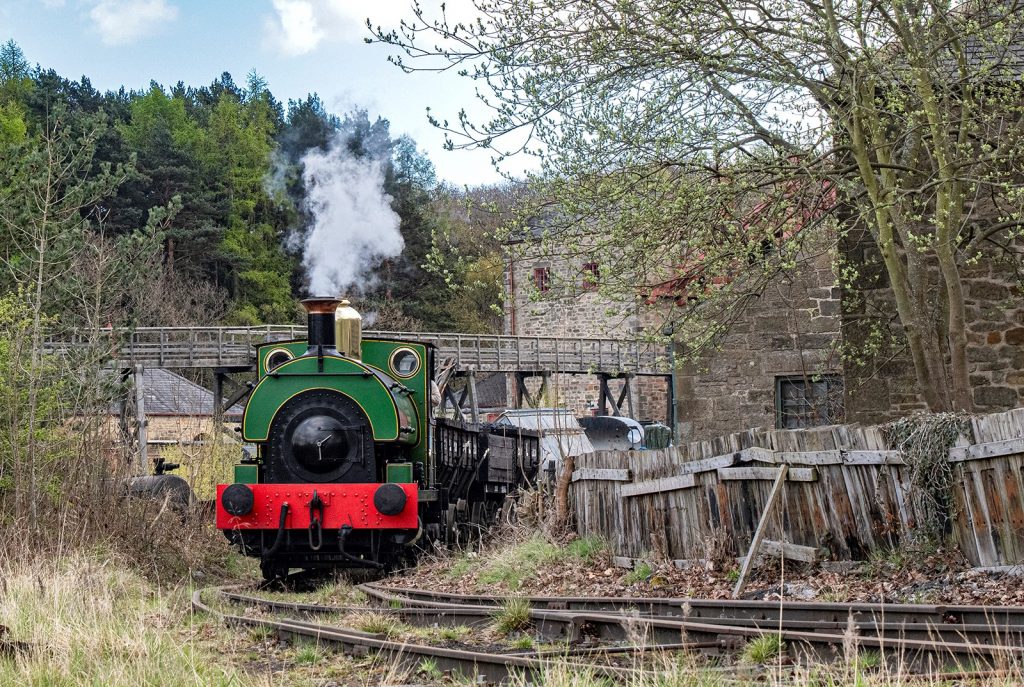 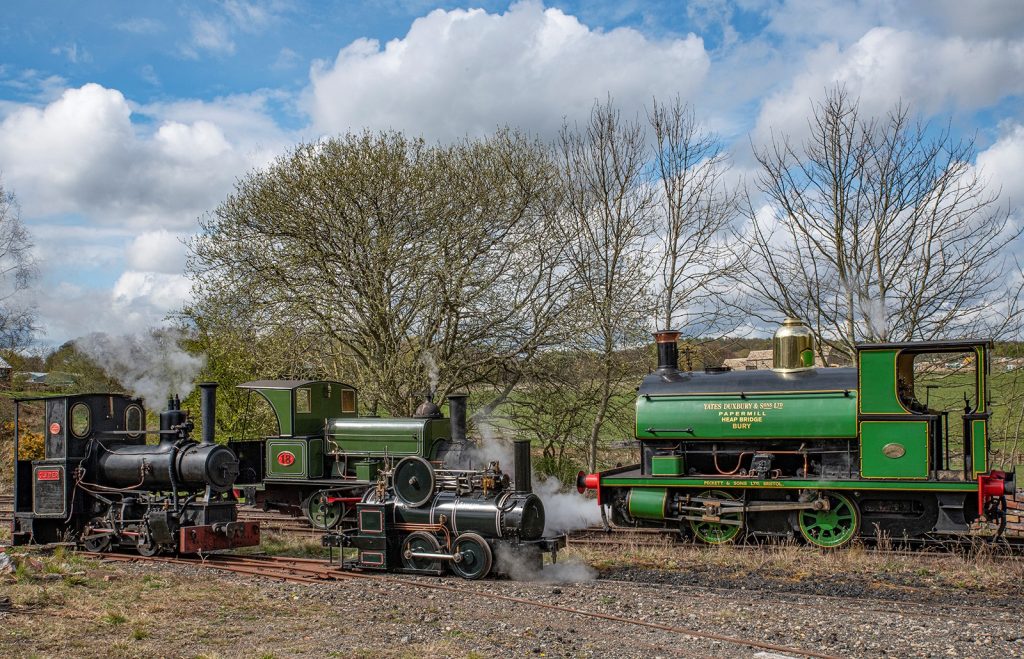 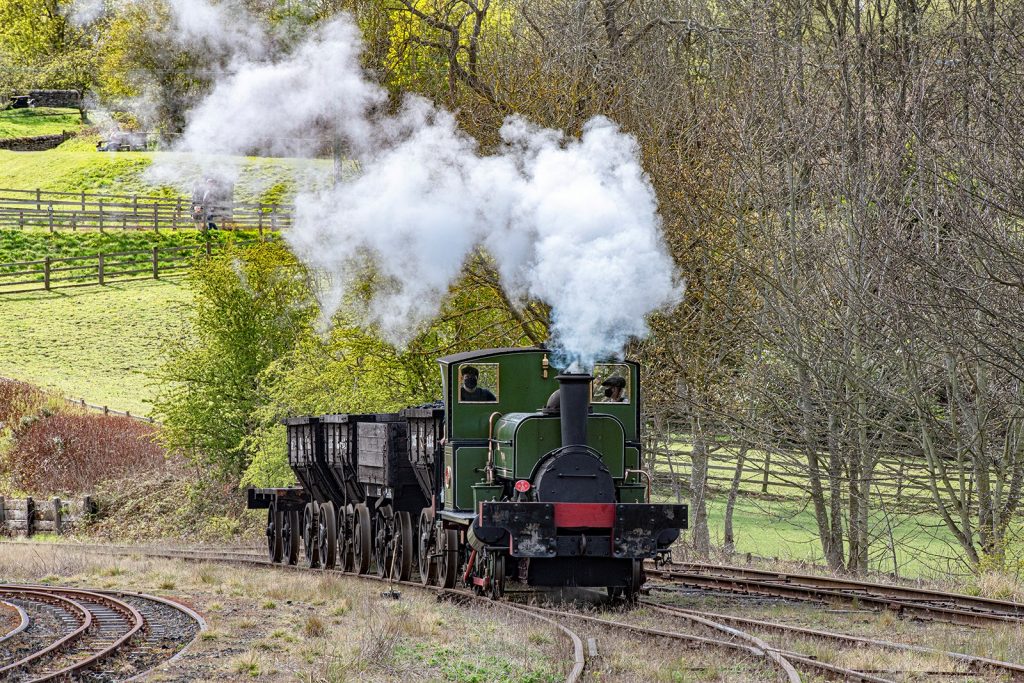 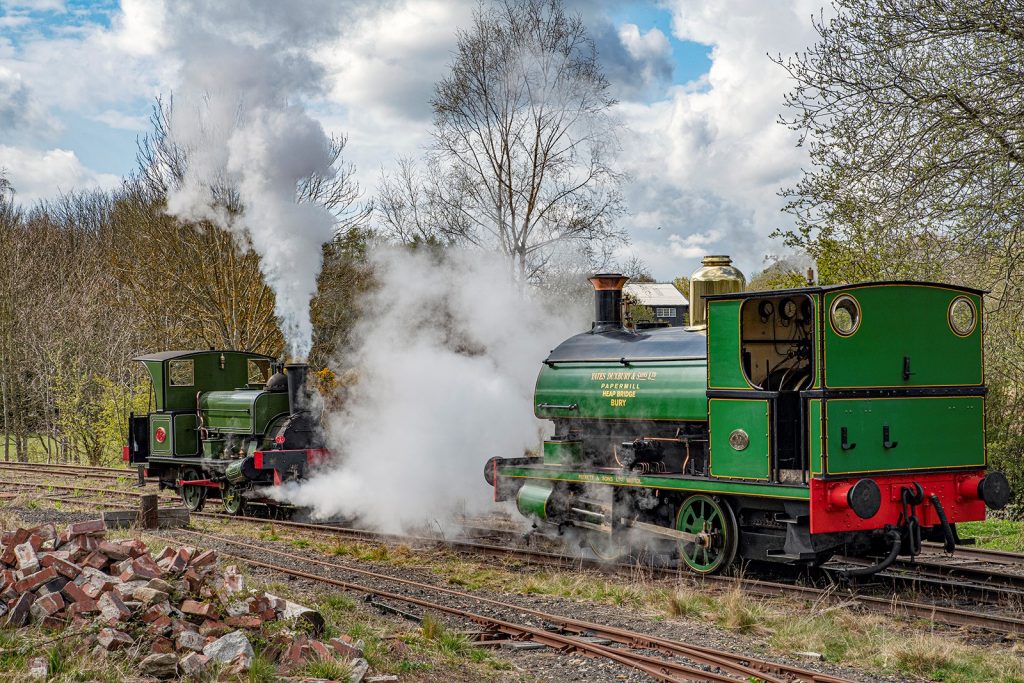 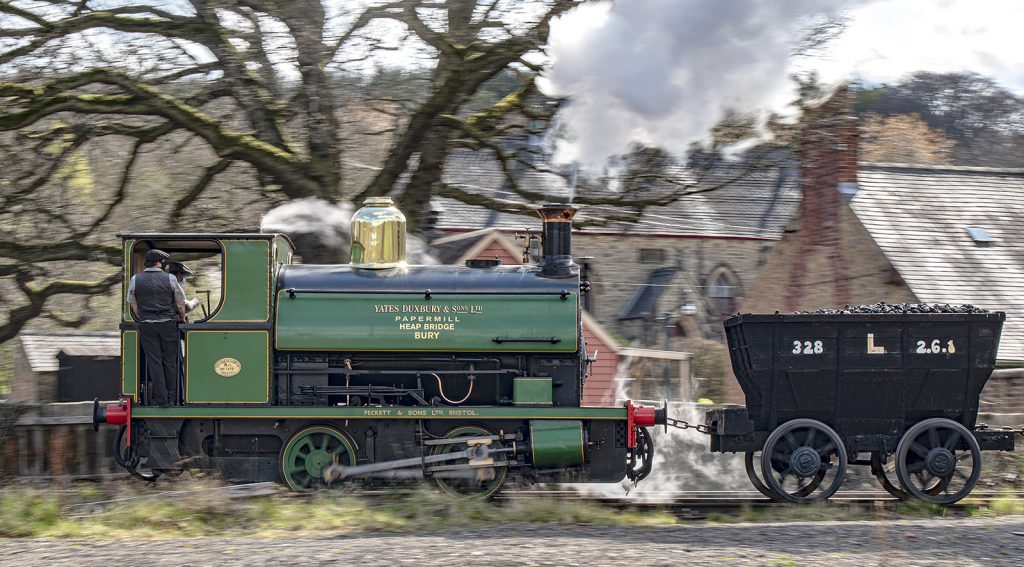 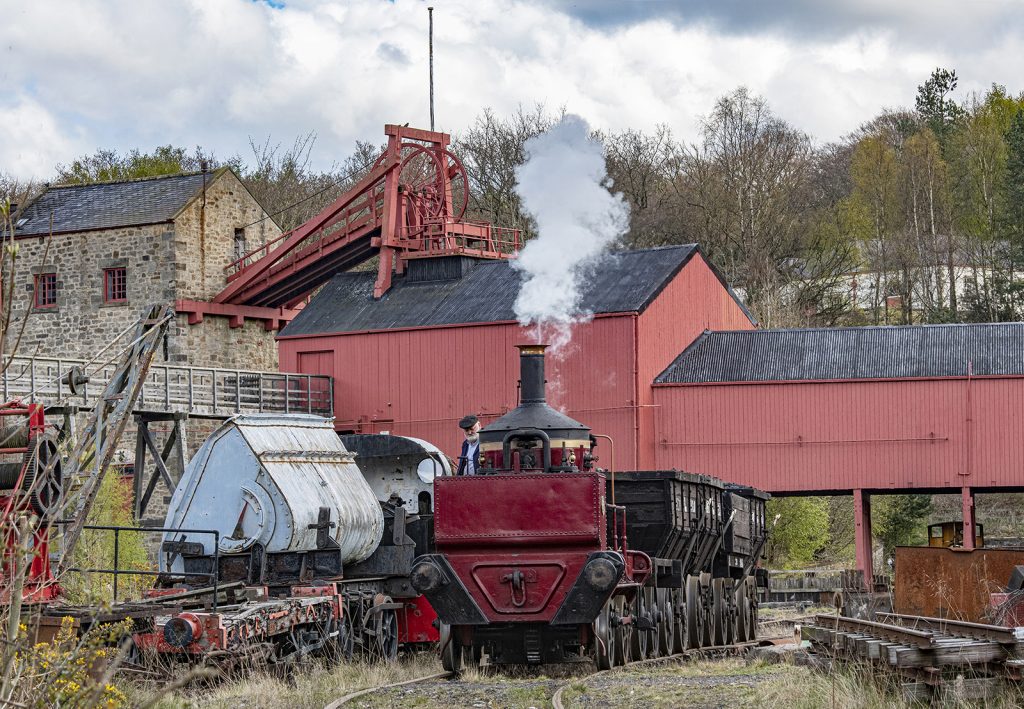