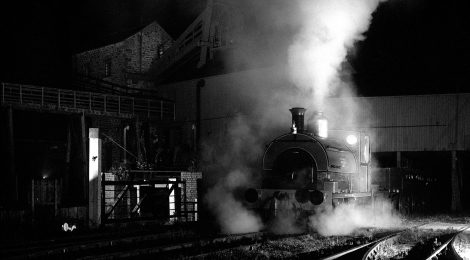 At night, in the Colliery…

Last weekend, we had No.18 and No.1370 in steam in the late afternoon in readiness for darkness, when Andy Martin was visiting us in order to photograph the Colliery Railway at night, by flashlight.  Andy previously worked at Beamish, and has since developed a reputation for his creative photography, including his Silver Sunbeam project using wet-plate techniques to capture scenes using original technology (rather than apps or filters). Readers will recall seeing this work on the blog previously, the link below taking you to Andy’s gallery of these images:

For the latest round of images, I’ll leave it to Andy to explain his techniques and motivations for this style of photography below.  I am very grateful to him for allowing us to share these views on the blog and we hope to repeat the session (with different subjects and locations) in the future.

At night in the Colliery – by Andy Martin

I’ll start by saying I’ve long been a proponent of making night time imagery, when I worked at Beamish I could see there was a huge potential to create some memorable images after hours with such a unique backdrop. Nearly always with Paul’s involvement and assistance we managed to do just that, some of which can be seen here for those who are interested.

This photoshoot was a belated follow up to an earlier attempt at making some flashlight images on the Colliery Railway back in 2011 which were loosely inspired by O. Winston Link’s masterful night time work. We were scuppered then by our petrol generator and mains powered studio flash combination, the latter requiring a much more stable source of power than we could offer. Paul and I vowed to retry as soon as we had the time and inclination.

With various life things and some kind of pandemic (!) getting in the way this took longer than we had originally hoped. Much to our benefit though, the intervening years has seen the flooding of the market with low-priced, decent quality lighting equipment. With wireless flash technology becoming more accessible it negated the requirement for mains power and lengthy tangles of flash sync cords – never ideal in an industrial railway environment at night.

With numerous portable flashes (speedlights), wireless receivers and batteries assembled in advance we worked through our list of potential scenes. Intermittent rain caused a few frustrating moments, and the wireless transmitter range limit (30m max) soon became apparent when lighting up such a large outdoor ‘set’. This did curtail the scale of the shots we had in mind, so some adaptation of original plans was required.

We went into the shoot with the mindset that it was primarily a test of the equipment, but with the hope that we would also come out with some satisfactory images too. The key was to establish what would and wouldn’t work before planning more complex nocturnal railway productions in future.

Overall the shoot was a success on both of those fronts, but has certainly highlighted the need for a set of wireless triggers with a further range than my existing ones which are intended for smaller scale shoots.

Camera-wise, I opted for a Fuji GX680 – a bulky medium format camera from the late 1980s that will offer a mere 9 frames per roll of 120 film in the obscure 6x8cm format. It has the benefit of a rotating portrait/landscape back, bellows and full front standard movements usually reserved for larger format cameras. Admittedly it’s better intended for a studio environment but it produces superb quality images and certainly added to the challenge.

Exposure and flash sync test frames were made with a digital SLR before using up any valuable film, which was the ever reliable Ilford HP5 in 120 format. One unforeseen issue with shooting these digital exposure tests is that the deep green paintwork of both engines was rendered much darker on the black and white film than with colour pixels. Lesson learnt, and something to bear in mind for future shoots! Exposure compensation or perhaps a yellow/green filter would solve the issue.

For anyone further interested in the processing of the film, it was developed in Kodak XTOL 1:2 dilution for 30 minutes at 20°C to squeeze out every last bit of shadow detail. The digital versions of the images you see in this post were scanned with an Epson V700, although I do plan to make some silver gelatin prints in the darkroom at some point – perhaps sales of these would help cover the costs of the higher spec flash equipment… 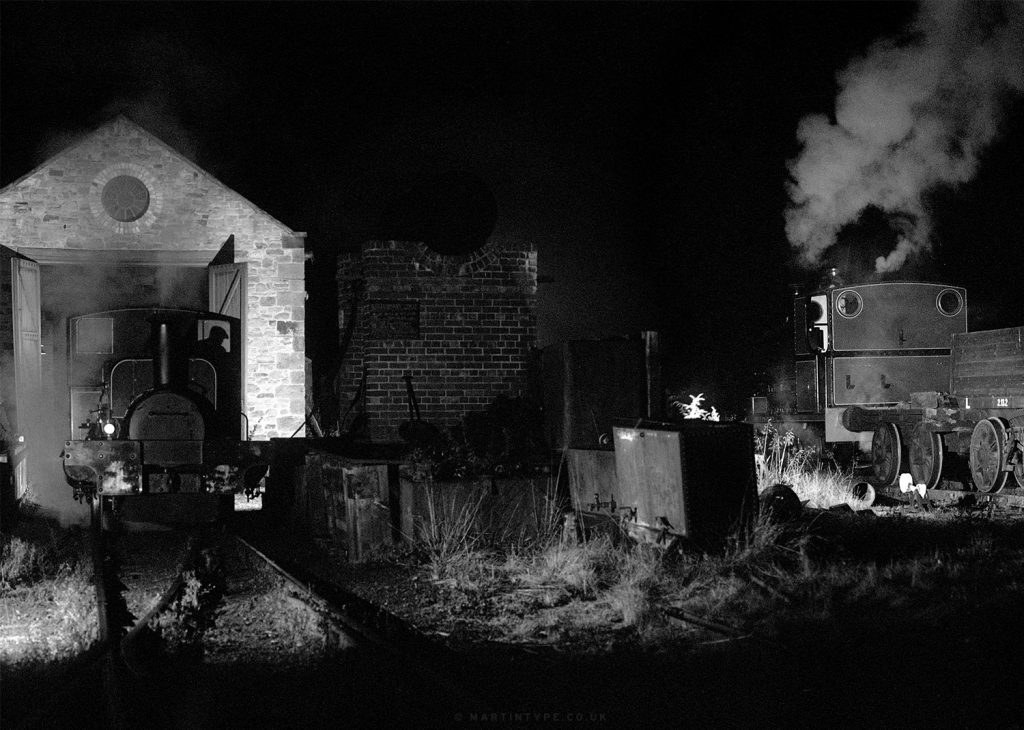 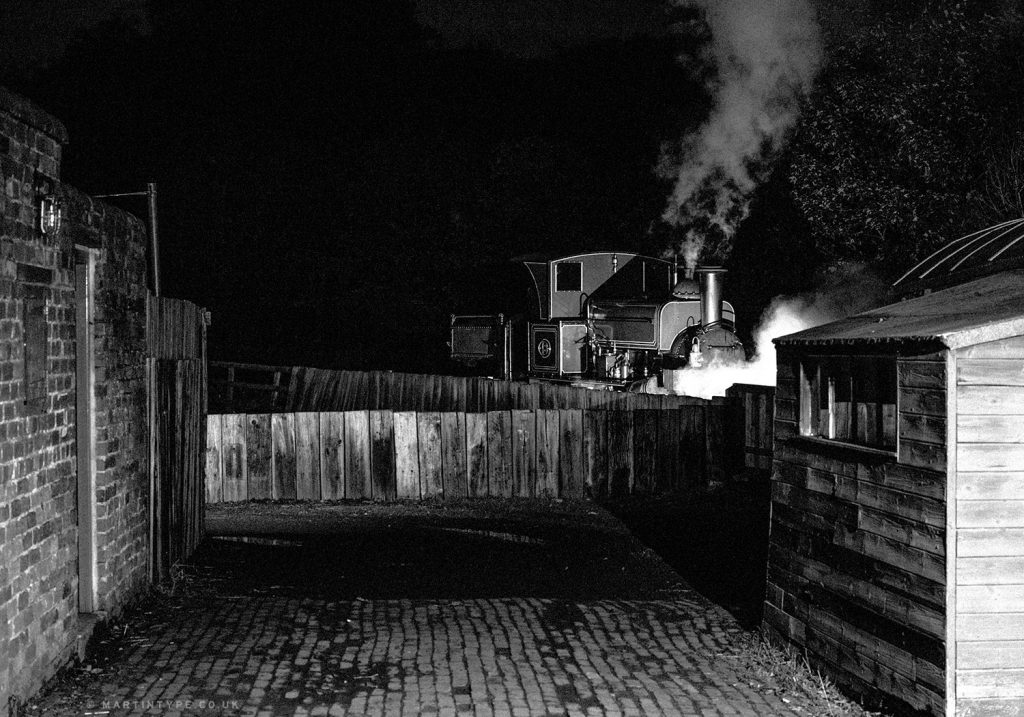 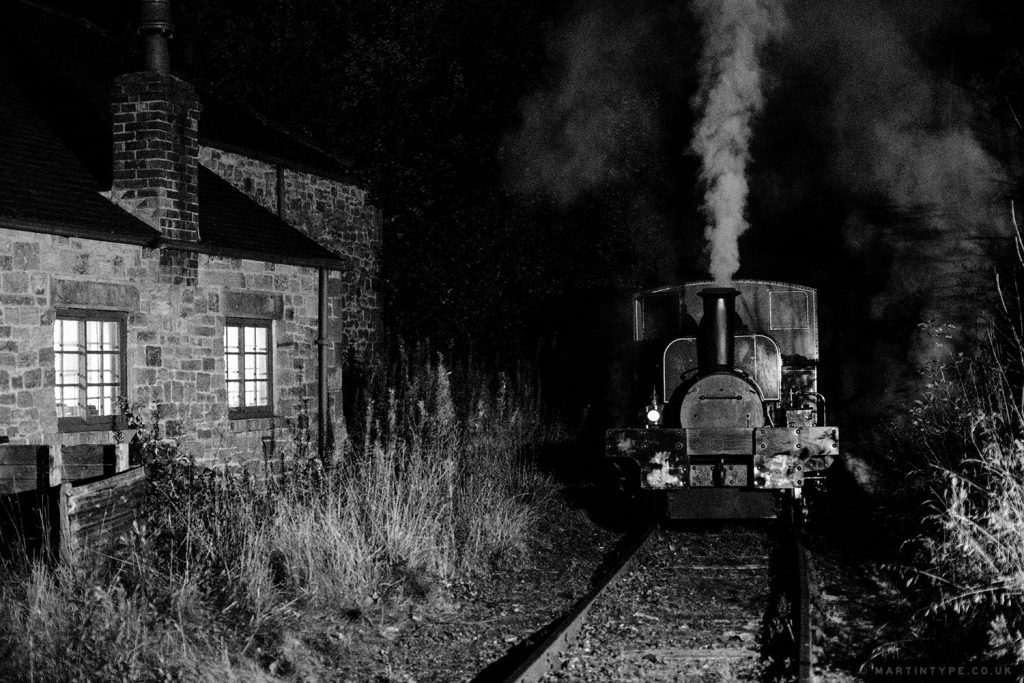 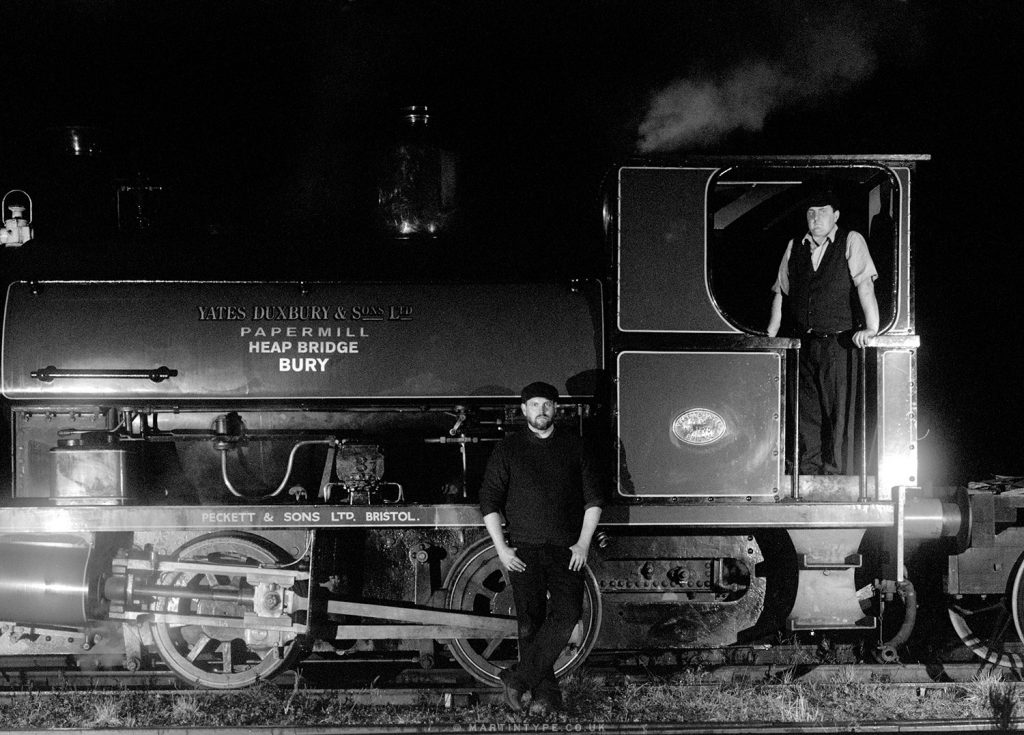 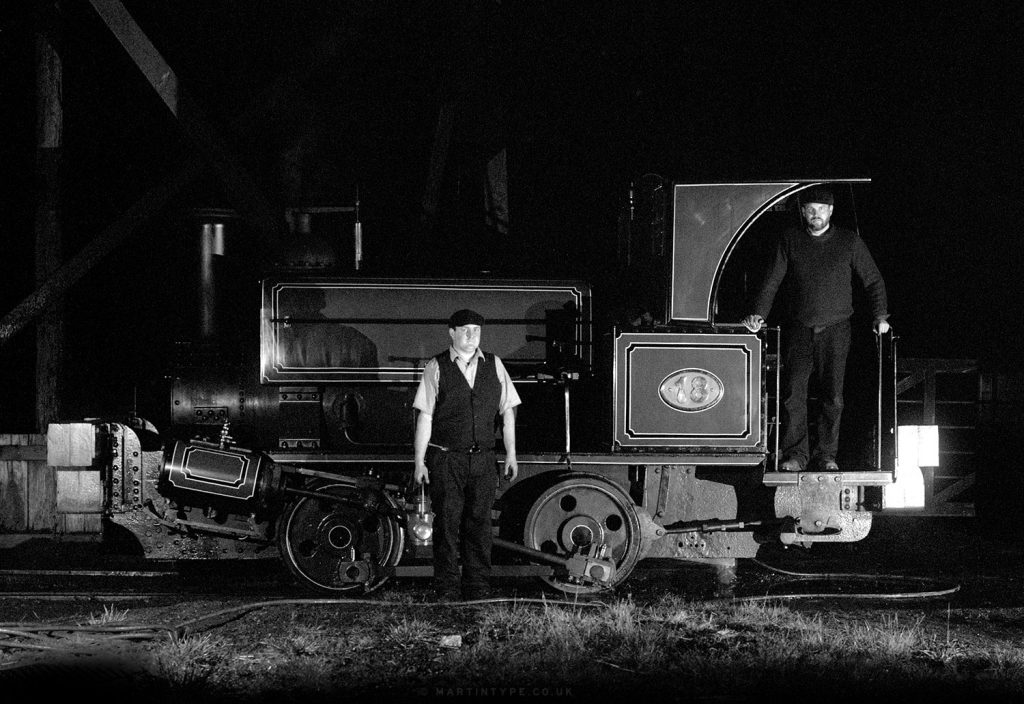 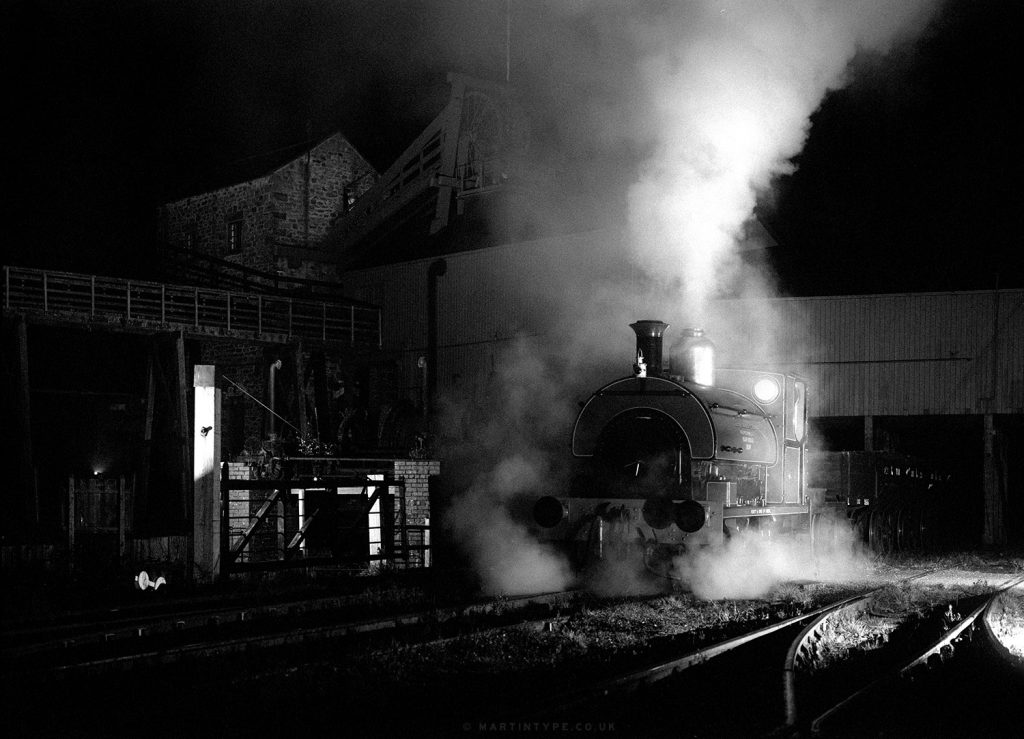